Let me tell you a story about the alarm clock. Today I slept right through mine. But not before I woke several times before the correct wake-time. And the alarm was soo far away, and on my cellphone/mobile. If I were able to see the time I had left, this might have been avoided!

The Mac Attack analogues my woes away.

Reach the clock to find the triangles. If they’re far apart, you have lots of time left to sleep, but if they’re close, you’ll have to get out of the bed pretty soon. – Inspired by the alien bomb count-down in the movie “Independence Day.”

The “ID4” inspiration raises a question/point: why don’t bombs have tickers on them anymore? Don’t need em. If the clock was riding the [LED wave] and [became brighter when the time was near] -hey, sweet.

Plus, I don’t know that it’s been said before; these illustration skills are [hot] 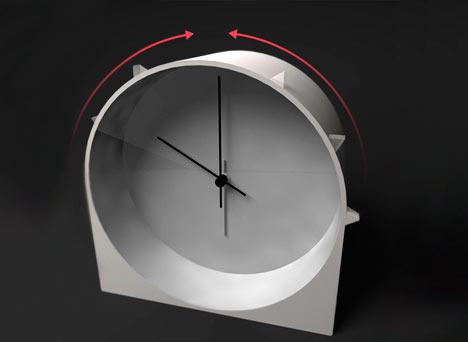 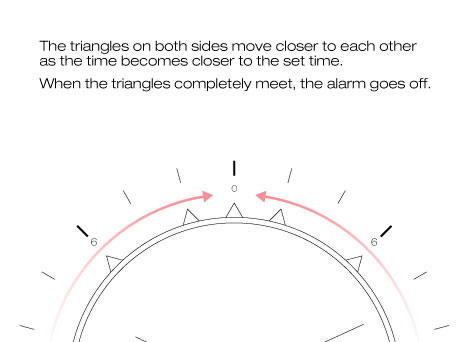 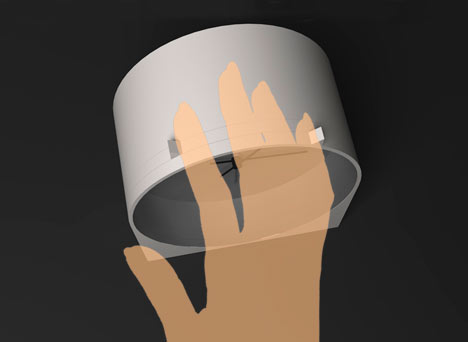 A DJ booth you can fit in your backpack

A DJ has to lug around an inconvenient amount of equipment that is far from compact. So, a backpacked-sized alternative is a rather enticing proposal….