Move over cheap radio alarm clock because for the past month I’ve been trying out the Etón P’9120 designed by the venerable Porsche Design company – yes the same one that makes those uber sexy cars. If music is your ace then you’ll be happy to know it handles nearly all digital delivery forms, including docking up with your iPod, Touch, and iPhone, radio, and integrated XM satellite. There’s even a built-in subwoofer and of course, 2 separate alarms because you never wake up on the first alarm.

The Porsche Design P’9120 captures the essence of what made Porsche Design legendary: a clean, linear shape. A design that is engineered. A form that reflects functionality. Its audio performance stays true to the Etón name presenting a new generation of radios. Multi band radio reception is projected through three full range speakers cleverly hidden as control knobs and a powerful subwoofer in the rear.

Tho small it’s by no means super compact. There was barely room for it and my lamp on my nightstand. Think of it as a compact stereo minus the speakers. Acoustically, it puts my old radio alarm clock to shame. The sound is rich, full, and surprisingly fills the entire room, no doubt in thanks to Etón’s double wall construction. The entire unit seems to be made of metal, save for the knobs and the glossy face backed by an alphanumeric OLED monochrome display.

There’s even a metal remote with a built-in torch light. I’m not sure what to use the torch light for but hey! Why not right? The grid layout doesn’t feel very user-friendly and the solid metal buttons don’t illuminate which makes controlling this thing in the dark near impossible. IMHO Porsche Design should have backlight the buttons and got rid of the torch light.

In use, the P’9120 is super easy to use. Each knob controls a particular function – mode, tuning, and volume. The same controls are repeated on the remote. The separate iPod/Touch/iPhone dock is solid and sturdy, obviously not an afterthought in design to satisfy current trends. To my surprise it doesn’t officially support the iPhone but I found none of the typical distortion associated with unshielded stereos. To my even bigger surprise the remote has all the buttons necessary to navigate the iPhone’s iPod application. Moving back and forth between categories and playlists was super easy. It even charges your device. Gotta love that.

A unique feature is the integrated XM Radio satellite service. It only works if you’re a subscriber so I was unable to test it however there is a large satellite antenna in the rear so I assume it works. Fortunately when not in use, it neatly folds and tucks away out of sight.

One thing I love about the design is how it looks more like an entertainment appliance as opposed to a cheap plastic radio alarm clock. If you plan on using it with your TV or DVD player – it’ll fit in perfectly. Tho the design skews towards men and those with masculine tastes, I can’t imagine any other radio alarm clock destined to be one of the center pieces of a bachelor pad. 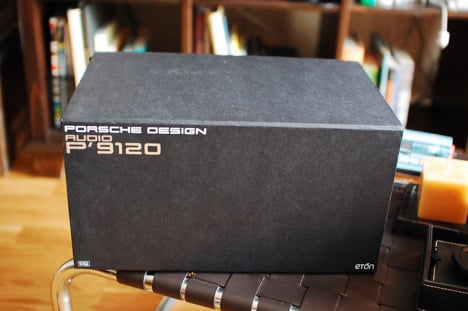 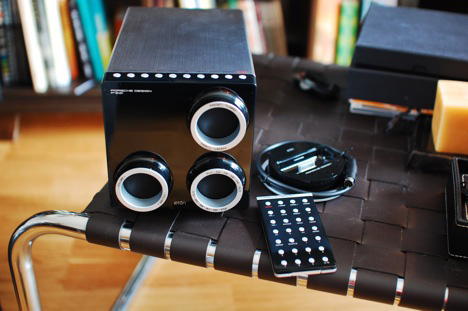 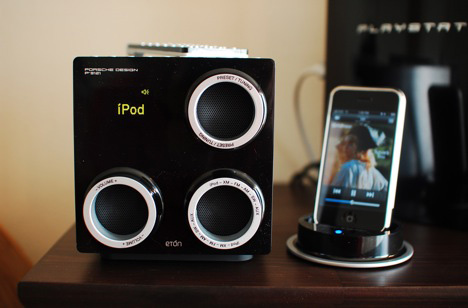 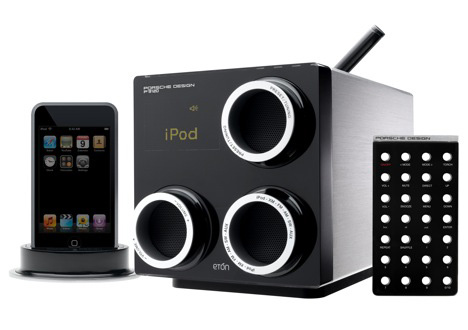 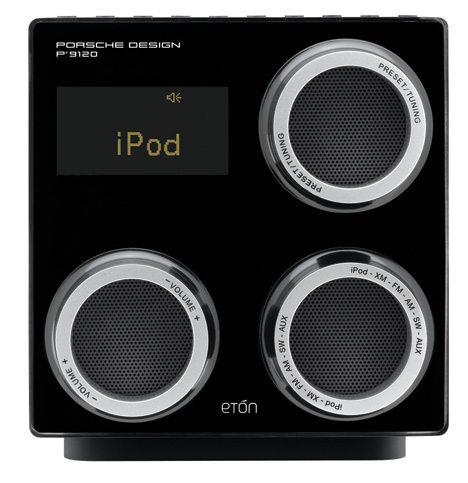 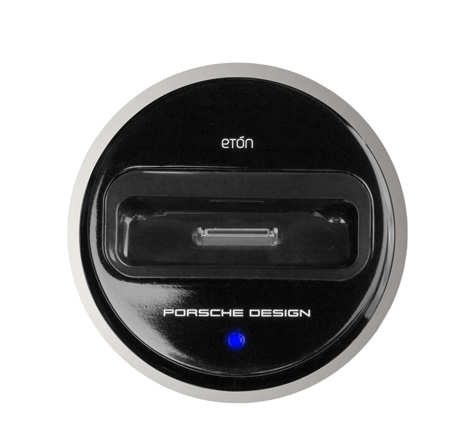 Squishy Drain Plug Wrings Itself Out

While the origin of this video has something, in part, to do with April Fool’s day, there’s some truth to this concept too. Amazon has,…

It’s the new year. For geeksters like me, that can only mean one thing. CES, the Consumer Electronics Show. Let’s delve into that very spirit…