I will admit, upon first reading and laying eyes on this design I almost laughed out loud. Not because of the design, but for its intended purpose. Designer Chueh Lee over at Samsung China has designed what may be the worlds first camera for the blind, the “Touch Sight”. Yup, you read me right…a camera for the blind. Chueh actually makes a good argument for such a design. Chueh notes:

“Touch Sight is a revolutionary digital camera designed for visually impaired people. Simple features make it easy to use, including a unique feature which records sound for three seconds after pressing the shutter button. The user can then use the sound as reference when reviewing and managing the photos. Touch Sight does not have an LCD but instead has a lightweight, flexible Braille display sheet which displays a 3D image by embossing the surface, allowing the user to touch their photo. The sound file and picture document combine to become a touchable photo that is saved in the device and can be uploaded to share with others–and downloaded to other Touch Sight cameras.”

One interesting aspect discovered by Chueh in his research is that holding the camera to the forehead is the optimal position for this device. He discovered that “at the Beit Ha’iver (Center for the Blind) in Herzliya, Israel, the instructor who teaches a photography course for the visually impaired discovered that holding the camera to the forehead, like a third eye, is the best way for them to stabilize and aim the camera. The instructor also found the visually impaired have no problems estimating distances, since their sense of hearing is especially sharp. Every rustle of wind in the trees catches their attention and can be used to judge distances. Other senses come into play as well. The heat of the sun or a lamp in a living room, for example, signals a direct source of light. They regularly use their non-visual senses to feel the world and manifest it into a mental photograph.”

This is simply a wonderful idea and I hope it actually makes it to market, not only for the blind of the world but I personally can’t wait to try this out with my girlfriend and literally feel our private photo sessions. Yup, I am a perv deal with it. 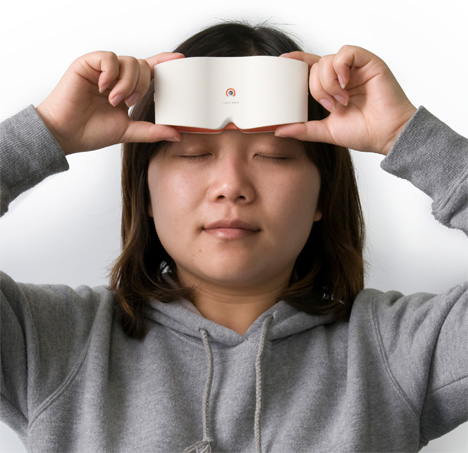 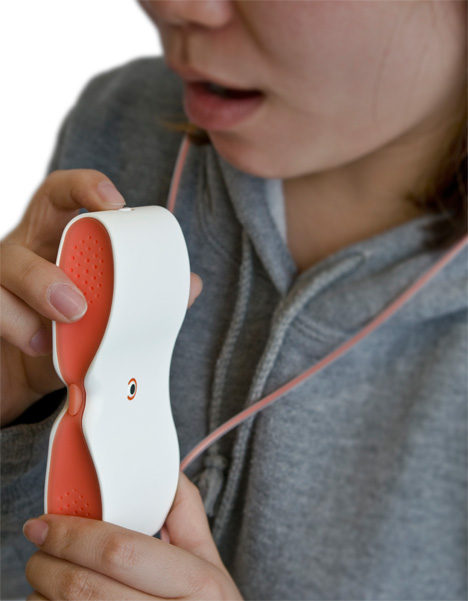 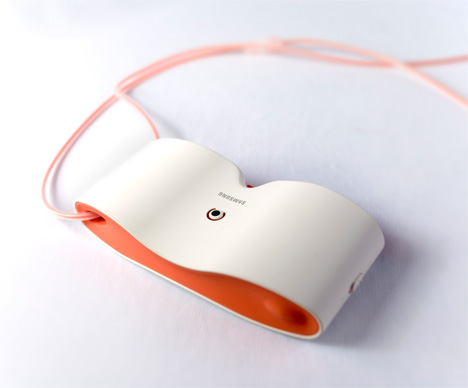 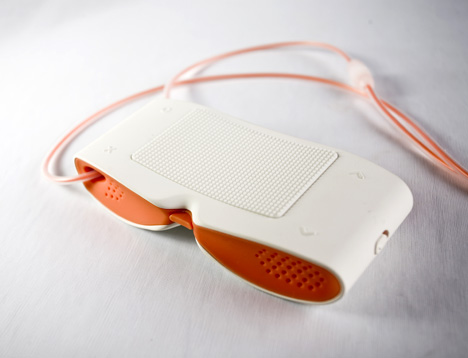 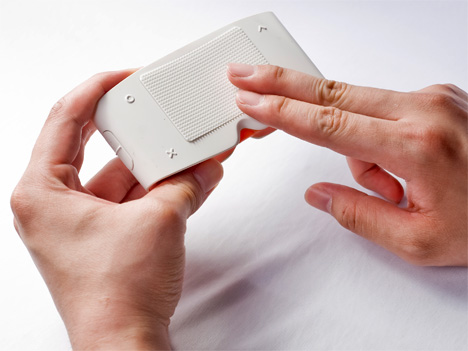 Even decorations will be digital. These digital placemats are made of flexible screens that can be rolled as paper. Images can easily be downloaded and…

Ever find yourself writing out your grocery list for the week and thought, “gee, I bet this grocery list would make a really cool song..”?…

CMY(si-mee) is a very intuitive camera with simple functions. Pulling it out of its protective case means turning it on; pushing it back in –…