LEGOS have come a long way from the simple building blocks I remember from my childhood. Today they can become a total engineering feat which is why I gave up on them. Designer Jin Woo Han wants to bring people back and he believes autonomous interactivity could be the next big thing.

His idea? Electric LEGOS. You will still buy LEGOS in kits but this time, you’re not bound by what you see on the box. The main circuit board looks like an ordinary LEGO piece but each notch conducts electricity. By connecting and arranging LEGO pieces on the board, your creation comes to life – a living diorama.

He uses the Simpsons as an example. Place Marge and Homer on the board and they’ll talk to each other. Throw Bart into the mix and the conversation totally changes. Place a TV in the setting and the characters will comment on what’s showing. The possibilities are endless. 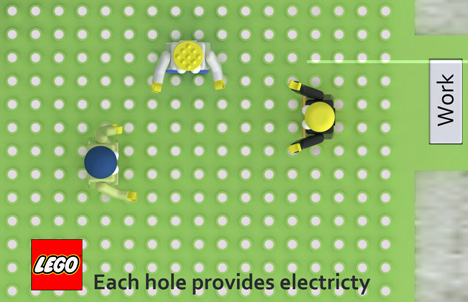 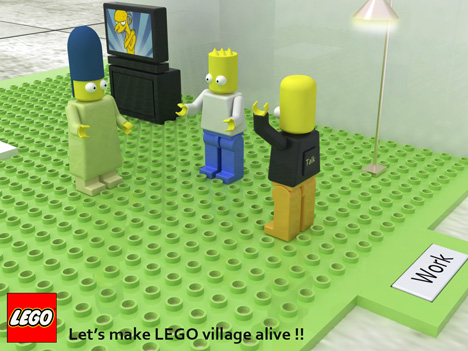 The Free Form Ruler enables you to measure the length by “drawing” an invisible line, straight or curved. The unit of measurement is displayed and…

Footwear Designed using modern technology to give you the ultimate fashionably ergonomic design!

Did you know that the earliest known shoes are sagebrush bark sandals dating from approximately 7000 or 8000 BC, found in the Fort Rock Cave…

Working from home means we don’t have the most ergonomic chair or the right desk since the change happened overnight. And maybe in the excitement…

We’ve seen loads of Nintendo Switch concepts that explore the console’s modular design and motion tracking abilities, from Labo kits to even this absurd Joy-Con…