Let’s face it, taking over the universe or shooting womp rats in your T-16 back home should be as easy as making music with this Chewbacca, Darth Vader and the Death Star bluetooth musical instrument/midi controller collection. Actually these designs by Benjamin Males are called “The Singer, The Drummer and The Dreamer” but which is which? I like my Star Wars naming system better. He might actually sell some this way (George Lucas’ army of lawyers be damned). And now for some boring details:

The Singer has five keys and is “influenced by classical instruments such as the Violin…and is created from solid Cherry wood. It is made using 5 Axis CNCing, which enables a smooth spiral to be ‘carved’ into the cherry.”

The Drummer, “when turned the right side up, loops of drum-beats are initiated, creating rhythm in the musical composition. Influenced by African drums such as the Djembe, the Drummer can also produce a secondary percussive sound, achieved by tapping the flat section on the top.”

The Dreamer “produces 3 sounds depending on its orientation and when placed in it’s rest position, it remains silent.”

OK, back to the fun part. Did anyone see Star Wars? Yeah, me too… it was awesome! 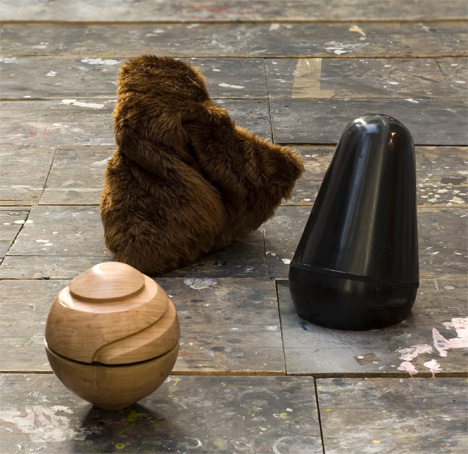 (From Left to Right: The Singer, The Dreamer & The Drummer) 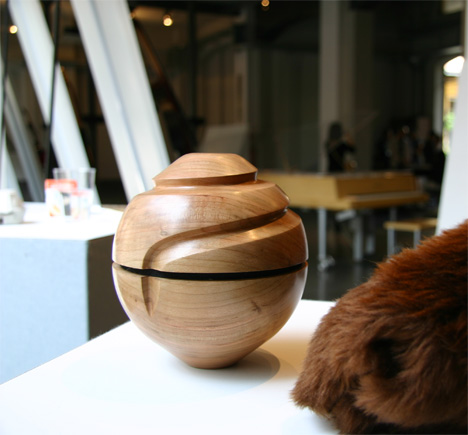 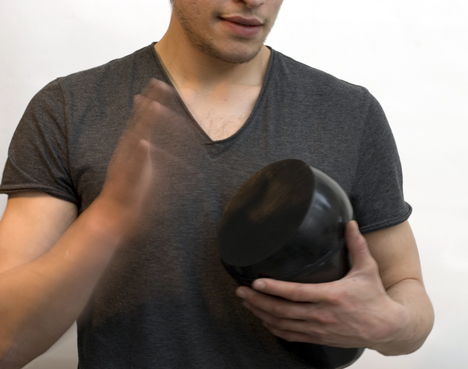 This beautiful book-inspired chair lets you flip its seat design like pages!

https://www.kickstarter.com/projects/vanguardindustries/pages-a-colorful-adjustable-chair The PAGES chair elicits sheer joy with the way it creatively spins furniture design on its head. Halfway between a chair and a file-binder…

Ace’s new Identity case for the iPhone 5 offers simple protection to your iPhone’s vulnerable back camera system. The tabbed, sliding component built into the…

The latest from Peter Dudas, this coffee table’s distinct shape gives the illusion of mass without the weight. The base is made of lightweight aluminum…

Pocket knives, especially from Victorinox or Leatherman’s likes, are made to do many things from a single unit. The Clipster shares this league, but it’s…