When awards are handed out, it is usually for excellence in a particular field. Well if there was an award for best award, this new award called “DesignNu” would win the award for most clever award. This take-away object of commemoration is handed out biannually for outstanding Swedish design. The trophy was designed by Form Us With Love and the basic idea of its design is to allow the winner to mould as many trophies as he/she likes. The designer adds, “this piece is commentary on the strive for prizes and recognition in the design world, as well as a statement on material waste.” And for that we award you the greatest award…exposure.

Designer: Form Us With Love 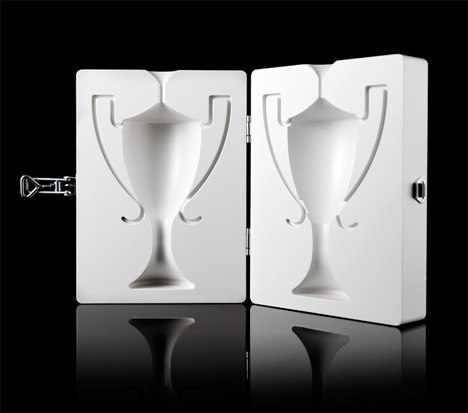 Designed for short-range use, this compressed air powered two-wheeler is perfect for the urban environment. Designer Jurmol Yao imagines the Transport Hornet as a viable…

The Tag Along Vacuum

Canister style vacuums offer unmatched suction power, but users often find themselves lugging the heavy body from area to area which can be exhausting and…

Lights Designed to breathe life into your modern home

Exquisite lighting designs have the ability to illuminate any live space, and to just add that extra oomph factor! I mean, of course, we need…