Remember Project A? In what is surely one of Jackie Chan’s best performances there’s a scene where he can’t find any chopsticks to eat his lunch with. Ever the innovator, he grabs a couple of handy pencils to chows down with, and ends up eating both his noodles and the little erasers on the end of the pencils. Clearly designer Brad Gressel has run into similar such difficulties. The arms of his Stix glasses concept are home to a pair of stainless steel tipped chopsticks so the shortsighted on the go will never be caught out again. Unfortunately there isn’t a compartment in the chopsticks for soy sauce, but lets face it, if you forgot that too then lunch was just never on the cards was it? 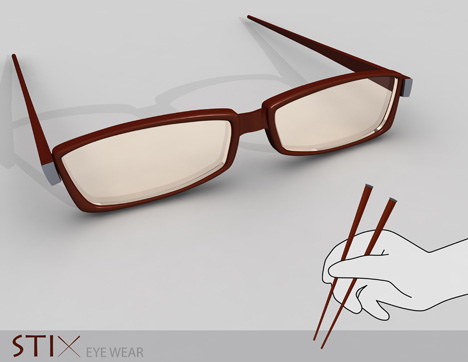 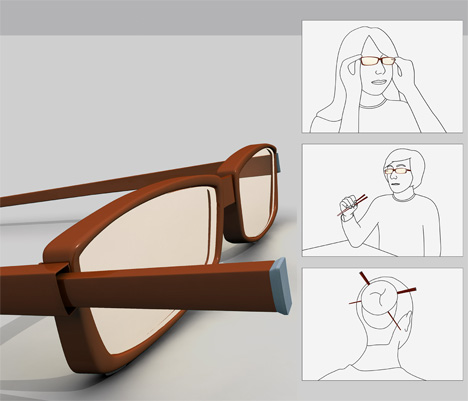 The Generative Desk is rather simple to look at. All you really see is a glass surface, 8 wooden columns, and four metal fixtures that…

Like it or not, frame clusters have made a comeback! Inspired by this ubiquitous trend, the Frames Wall shelving system combines nested squares and rectangles…

Introducing the world’s first “carbon neutral yacht,” the Emax Excalibur. The fly-bridge features a photo-voltaic exoskeleton that can harvest and return enough energy per year…