When I first moved to New York City, I moved into basically a warehouse space that was really not designed for a human to live in. Over the years, it was built out to include a toilet and shower, but that is where the similarities to an actual apartment ended. I discovered the easiest and cheapest way to create a presentable living space was to simply paint everything I could white. From the exposed pipes, to the electrical box, it all got a coat of white paint. I hung some art, added some nifty lighting effects and I had a hip New York loft. That sense of working with what you have, might have been the inspiration behind this retail interior by Richard Hutten for client Margreeth Olsthoorn. This men’s fashion boutique (called the MGH2O) located in Rotterdam, is literally covered in flesh colored paint. Ripping down walls and exposing their inner working, Margreeth’s choice in this color is based on her theory “whatever shade you choose has to complement the clothes. If it doesn’t, you’ve got a problem.’ People are flesh colored… so I guess this just might work. 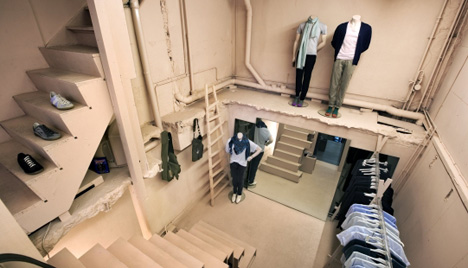 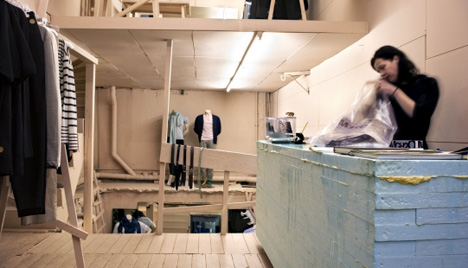 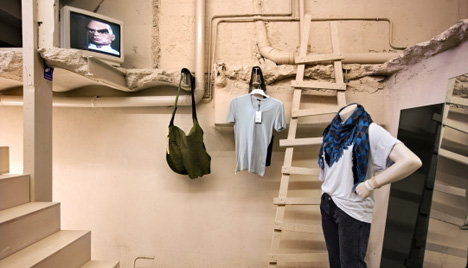 “If we can’t go outdoors, why can’t the outdoors come to us?” It sounds like the kind of question a five-year-old would ask, but dwell…

One of the most enigmatic characters in the cinematic history of the world is the character “Wilson” from the television show “Home Improvement.” Not only…

Pull Up a Pencil and Have a Seat

Office furniture used to be so boring and old-fashion, yet designers are incorporating a more modern touch to newer designs. This is a good thing;…

This is not some new solar powered gadget, this is a product that can revolutionize the way we produce and store energy. The surface of…