Signal is a smoke detector by Matthew Jobson with a few simple, but interesting twists. When the batteries run out, the lid opens to display the brightly colored housing, this visually alerts people of the need to change batteries. By including glow in the dark arrows and outer body, the designer is trying to involve children in the process of fire safety education. 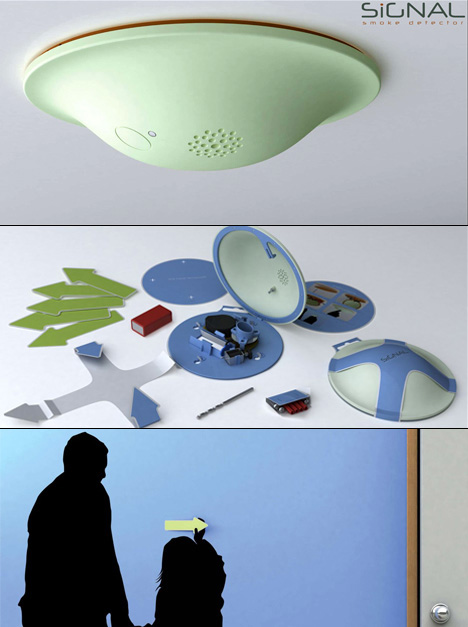 Two Fingers Are A Charm!

Naughty minds can take a rest right now; the two fingers are for sticking into a shaving ring. The types that can help you shave…

Travel Accessories designed to meet all your techy needs on your post-pandemic travels!

Having a walk-in closet is the envy of everyone who lives in smaller spaces where you have to get clever with storing all your clothes….