Thanks to some very industrious Belgians, Obi-Wan Kenobi has a new way of picking up his messages. Aptly dubbed the HOLOCUBE, inventor Joris Vanbriel is targeting retailers and manufacturers trying to attract Generation X&Y shoppers plagued by short attention spans. Marketing to this demographic has become more and more difficult, with veins filled of caffeine and sugar, myspace, texting, iPods and that damn rock & roll…wait, what was my point? Oh yeah, by being the first to market with a low-maintenance, counter-top 3D holographic display, the HOLOCUBE has high hopes of bringing 3D holographic technology to the masses. Packed in a stylish doppelganger for Apple’s HiFi, is a 40 gig hard drive that delivers over 18 hours of compressed video. Many Bothans died to bring us this information. 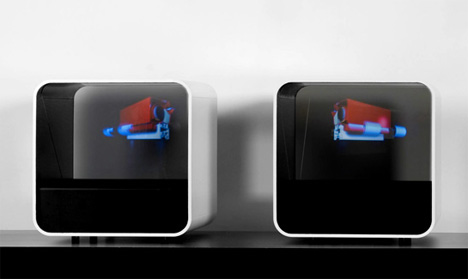 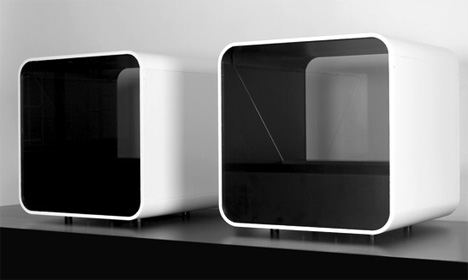 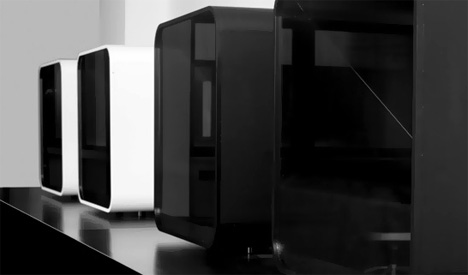 FaceID… now for pets too.

Imagine this. You’ve got more than one pet. Probably a family of cats or dogs or both. You keep separate feeding bowls for each, but when…

The Binary (clever bit of naming!) is a multi-tool that empowers your phone. It contains two parts that make a whole. Each part has two ports….

The relationship between the consumer and his watch is really important. The consumer identifies himself with his watch. It needs to reflect his personality and his…

Micro is the first TRULY consumer 3D printer. It’s been redesigned to fit comfortably at home so anyone can enjoy the 3D printing experience. It’s as…