The Dutch Danes really have a thing about needles. So bad is the problem with bloody or possibly HIV infected needles being found throughout city centers, parks, beaches and stair wells, that there is actually need for this device. It’s called the Urban Needle Box by Hån Pham, and this Zippo Lighter sized storage container is simple in design but tackles a complex and growing drug problem worldwide. As a convenient and clearly marked receptacle for used needles, the makers of the Urban Needle Box hope it to be a ubiquitous item in any drug abusers inventory.

CORRECTION. Here is information from the designer: Vesterbro is a town part in Copenhagen which has lived with this problem for more than 30 years. This is an area where drug dealers, drug abusers, prostitutes, drunks and homeless people live their lives along side with young middle-class families and their small children. Everyday, thousands of bloody needles and syringes are to be found on the street, children’s playgrounds, private staircases and backyards, etc. More than 90% of the entire drug abusers in the area are infected by Hepatitis C. Urban Needle Box’s goal is to clear the city for used and infectious needles. This way, it will provide safety for the families and their children living in the area.

Urban Needle Box is a pilot project. It will be launched next week in Copenhagen. It’s a cooperation between me and the Copenhagen City Council, supported by TrygFonden (a Danish Foundation). 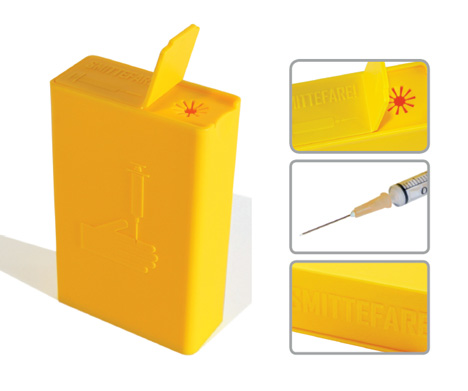 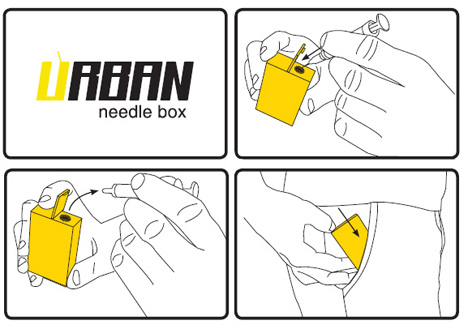 YoungGun Cho’s dockTRAY for the iphone 4 and 4S provides an eco-friendly solution for docking your iPhone. The multifunctional solid birch wood piece holds the…

Muscicapa – Do Not Go Into The Light

The Muscicapa is an insect catcher designed by Tomoko Azumi. Purposely designed to look like an ordinary lamp, what it hides is quite sinister. Flying…

Priced at nearly $50 cheaper than the 3rd Gen AirPods, the Haylou PurFree are a novel kind of smart earbuds. In fact, they aren’t even…

Power1, a product that Apple should have designed for your iPhone and AirPods

https://www.kickstarter.com/projects/power1/unified-power-and-protection-for-your-airpods-and-iphone When Apple released AirPods, they also gave us one more thing to charge, carry around, and lose…the AirPod charging case, famous for its dental…