I’m going to start this post with an IMHO because it’s a great example of how simplicity in design means complication in function – which ironically is the opposite of what Apple stands for. Designer Miyoshimasato envisages the iLight, an Apple designed flashlight.

Step 2: Give it an Apple logo and “i” meme. Put another check here because this concept fulfills both prerequisites.

Step 3: Integrate current Apple technologies so the user interface feels familiar. This deserves a big ‘x’ because adding a touch interface with multiple inputs does little to make the product better. In this case, a single touch turns on the light. Tap it again and the light turns off. To increase the luminance, flick your finger forwards and conversely flick is backwards to decrease luminance. To prevent it from turning on accidentally, double tap to lock it. The glowing Apple logo indicates battery status and a single tap on that turns on the emergency light flashes for ‘HELP’ in morse code.

Step 4: No user replaceable battery. It recharges via USB. Put a check here because that’s something Apple would definitely do. 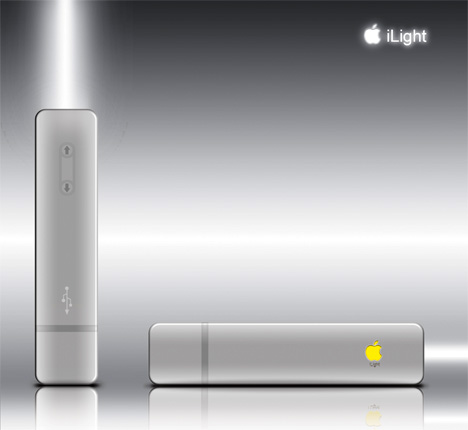 With an aim to provide a fuller sensory experience, The Refresh was designed to act as a portable device that instantly cools your beverage. Essentially…

Better Than Fireflies in a Bottle

I remember camping trips where we would carry an extra jar, just to catch fireflies and make glow-in-the-dark lamps. The Bottle Lantern looks something like…

Tokyo 2021 Olympics gets a new showstopper – a basketball playing Japanese robot who made a flawless half-court shot!

At the ongoing Tokyo 2021 Olympics, world-class athletes are showcasing their talent, but a robot stole all the limelight during a basketball game between the…

This Storage System Operates With Suction And Can Be Used On Any Surface!

It can be extremely difficult to optimize kitchen storage space. Whether you’re in an efficient studio’s kitchenette or a spacious, open-plan chef’s playground, sometimes the…