Going green doesn’t mean leaving your aesthetic aspirations in the lurch. Henrik Fisker, erstwhile designer of Aston Martins and current purveyor of high-end bespoke automobiles, has seen a gap in the market for a hyper-efficient yet super sleek sports sedan.

Fisker hopes his four-door design will be rolling along the world’s highways by 2009, its plug-in hybrid drive powerplant delivering hitherto unheard of fuel consumption and performance.

Teaming up with Californian-based Quantum Technologies has given Fisker’s design language a new lease of life – the designer points out that the long, lean look of the sedan just wouldn’t be possible with a conventional engine.

The projected price tag is around $80,000, making the car something of a bargain. Fingers crossed that this seductive vision comes to pass. Full details will be revealed at January’s Detroit Auto Show. 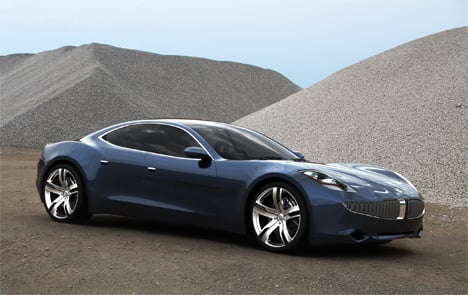 Board track racing was hugely popular in the early 1900s (1910s and 1920s) – as bikes with pedal-powered assistance raced on tracks hitting triple-digit speeds. Yes, the…

It’s silly that buying a car without a GPS system today sounds absolutely alien, but bicycles and motorbikes still don’t universally have a dashboard that…

Joining the ranks of companies like Toyota, Honda, Volvo, Volkswagen, and many more, Jaguar Land Rover has unveiled its hitherto secret Project Vector, a self-driving…

Subaru comes with the assurance of go-anywhere and do-anything spirit in its DNA, be it an off-roader, or cars like BRZ and WRX sports car….