Car showrooms were once the wonders of the modern world, grand temples to the mystery of mechanical progress. Citroën, always one of the most forward-looking of firms, were amongst the first to embrace modern architecture’s potential for making spaces to showcase their wares.

As well as the iconic Marbeuf building, designed by Bazin and Laprade in 1929, there were other examples of striking modernist structures built around Europe, including a glass-façaded showroom on the Champs Elysées, designed by Maurice-Jacques Ravazé and opened in 1932. Overhauled in 1984 as the ‘Hippo-Citroën’, a combination of car showroom, café and restaurant, the site has now been given a thoroughly modern reconstruction.

The new building, known as C42, was designed by architect Manuelle Gautrand after an international competition. C42 marks a return to the large glass façade, only this time with a distinctively brand-centric spin; the famous double chevron logo is woven into the 30m high faceted front.

The architect describes the frontage as ‘an allegory of automotive design,’ in the way the 86-tonne latticework of glass and steel encloses the display space within, yet is also freestanding and self-supporting, just as a car’s bodywork is a structural element in its own right. Inside, a central mast rises up the full height of the space, containing suspended rotating platforms to display cars and concepts. 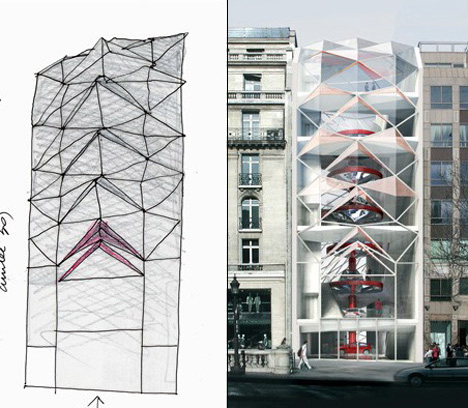 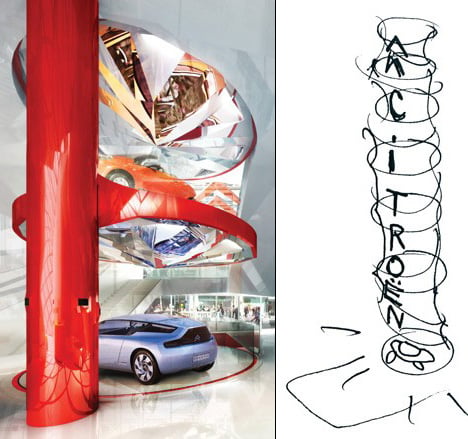 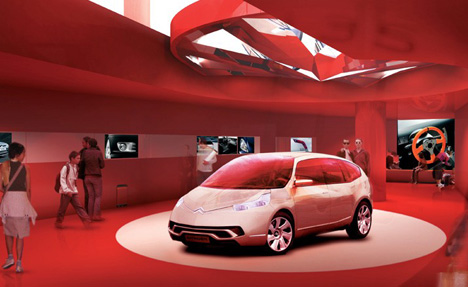 Nature is filled with billions of inspiration sources, from form design to CMF, from natural characteristics to animal behavior. Pick up the right source of…

When you’re the world’s biggest brand when it comes to PC gaming peripherals, it definitely speaks in your favor when your building looks exactly like…

Droids on Roids is a team of programmers, so making their new office seem familiar made perfect sense to the designers at Mode:lina. Navigating the…