This is a childrens MP3 player which would also act as a voice mail pager. Parents would record a voice mail over the phone, which would then be sent and played as an mp3 file, through the retractable ear phones. The feet are also retractable, allowing the user to take the player off the belt clip and place on a desk for listening. The spring loaded wings open up to reveal a card slot for extra flash memory. Spare wings would come in a variety of colors and can be swapped to customize the player for each individual user. 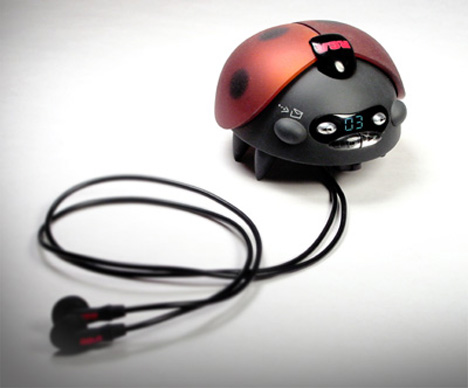 The Harman Kardon Gramophone reimagines the first device for playing sound as a minimalistic, modern medium for bringing new life to old records! Much more…