In Platonic Chess, designer Patricia Tower was inspired by the chemical powers of the five platonic solids in correlation to traditional chess pieces. The queen, the most powerful piece, is represented by the “buckyball,” the structure for Carbon 60, essential in the discovery on nanotechnology. Tower entered the dimensions of each piece into the computer program Solidworks. The different polyhedron forms of her design were produced with her school’s 3-D printer, whose head releases and adhesive that bonds plaster to conform to the computer model. After being glued, sanded, primed and spray painted, the plaster chess pieces resemble plastic-molded toys. The board is Plexiglas. 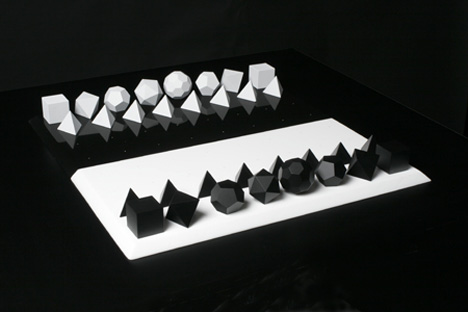 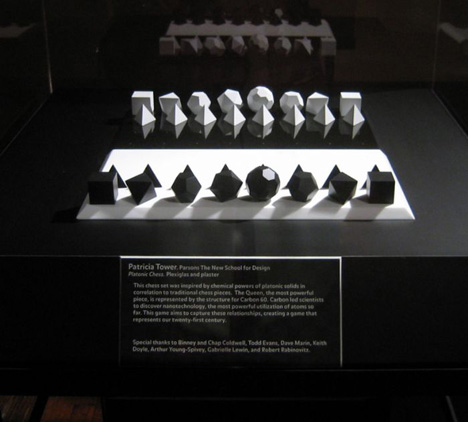 It can inflate beach balls and air mattresses, it can vacuum-pack clothes, and it can even illuminate spaces. That combination of features may sound odd…

We’ve had a couple quakes here recently and they only serve as a reminder of how unprepared I am for the BIG ONE. A Kickstarter…

Linnaeus is a drone. A drone that’s designed to monitor large open green spaces to make sure that plants are healthy and well irrigated, but…