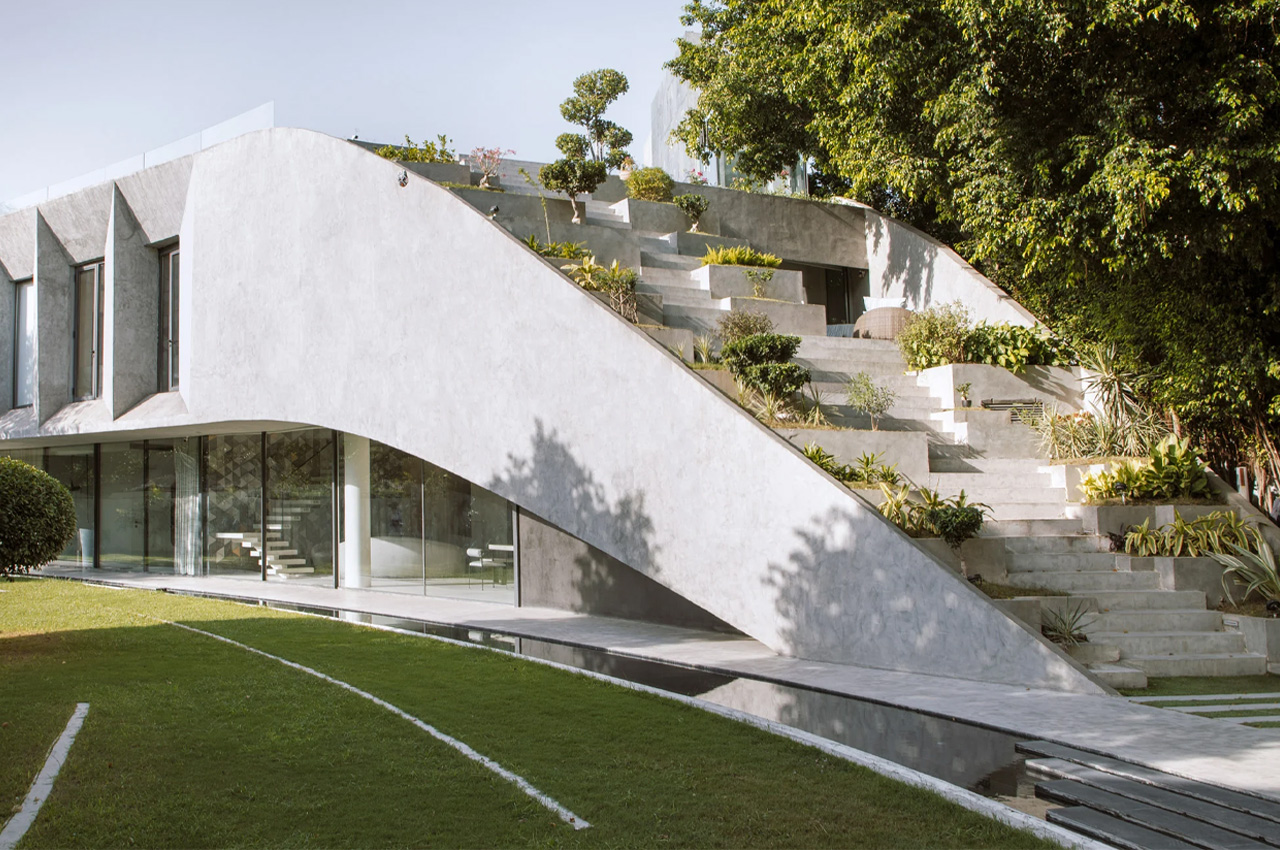 Nestled in hot and hectic New Delhi, India, is a beautiful concrete home with a majestic terraced roof, rising up like a gentle wave from the landscaped ground. Called Villa KD45, the imposing villa was designed by Studio Symbiosis for a large joint family, that wanted a home that could hold its own on an angular property surrounded on three sides by other villas. With its rather unique form, impressive green roof, and brutalist-like vibe, Villa KD45 does just that! 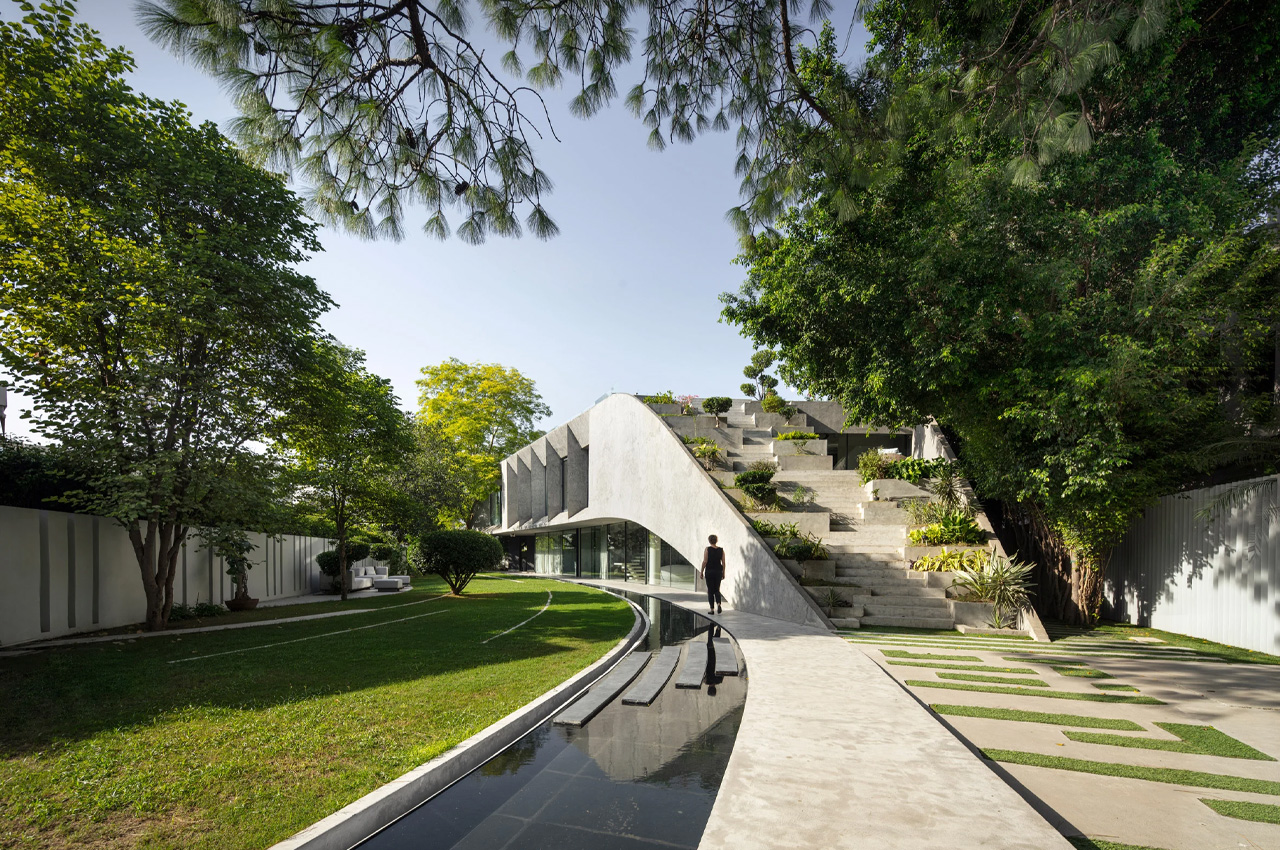 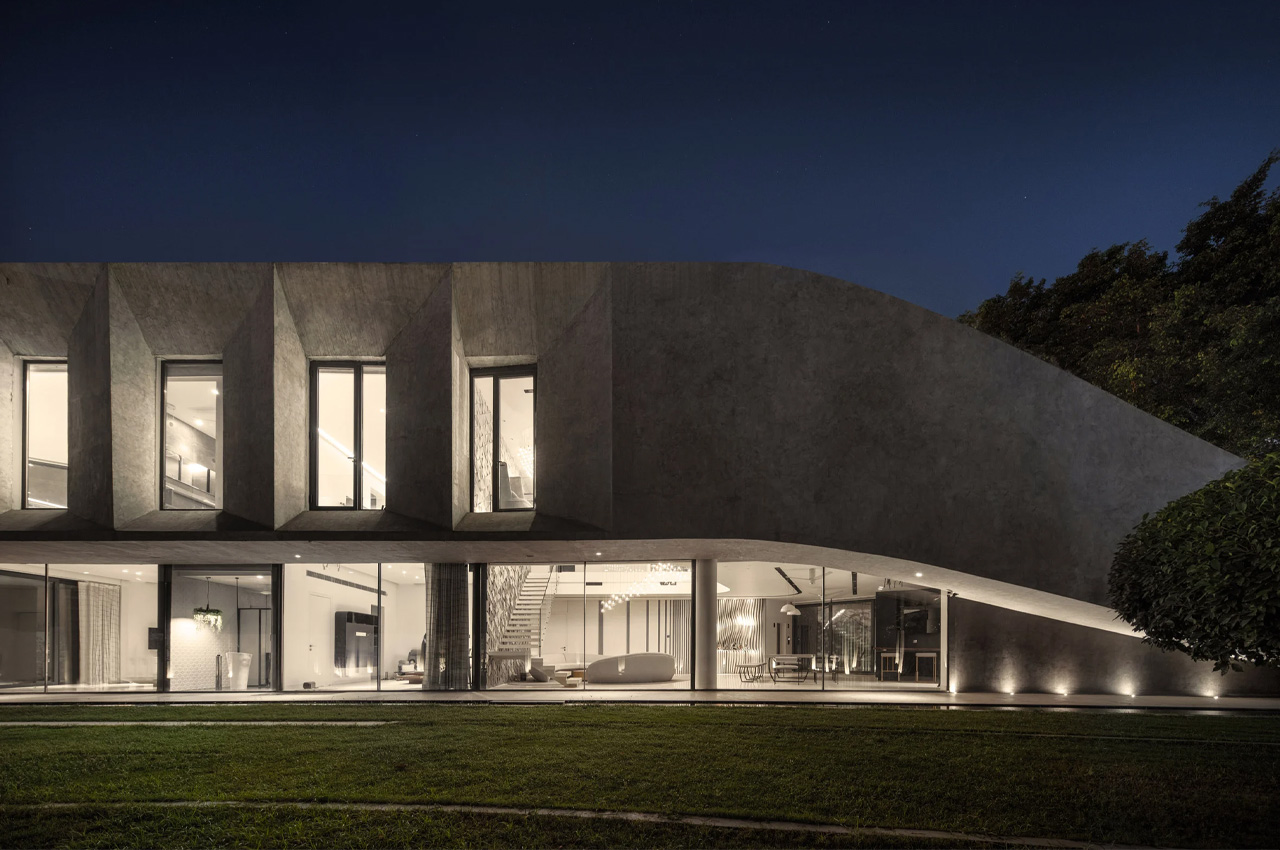 “In urban settings, there is a disconnect between the user and nature. With this project we are looking at creating green urban living, to rekindle the relationship of the residents with nature in their immediate surroundings,” said Studio Symbiosis.

Occupied by an extended family of eight members, the home includes a rather impressive garden and was built while taking into consideration the large trees surrounding it. The trees in fact aided in the construction of the garden, owing to their tactile location which influenced the home’s positioning at the northeast corner. The roof of the home cascades down in a rather ramp-like form, scattered with steps, that hold concrete planters. The terrace also features a landscaped garden, that provides lovely views of the neighborhood park. 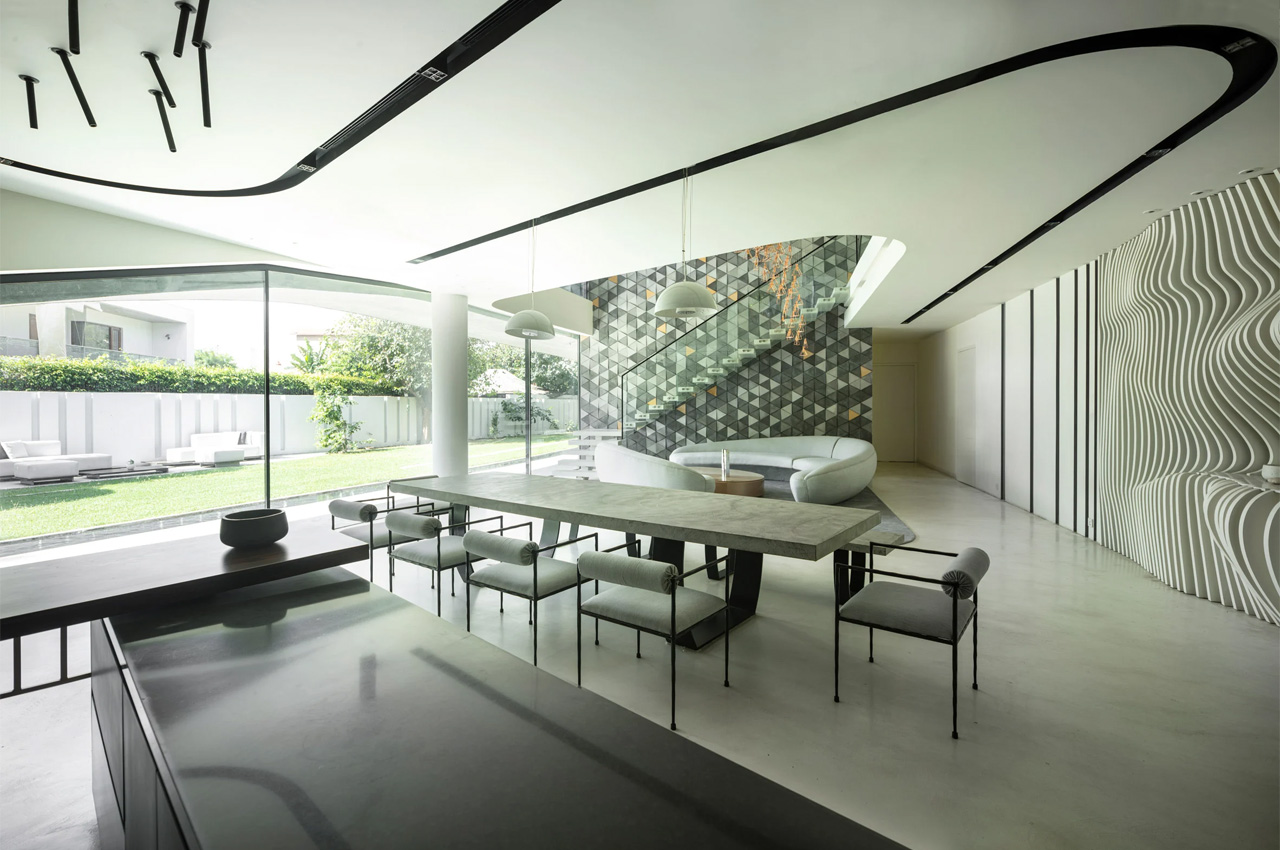 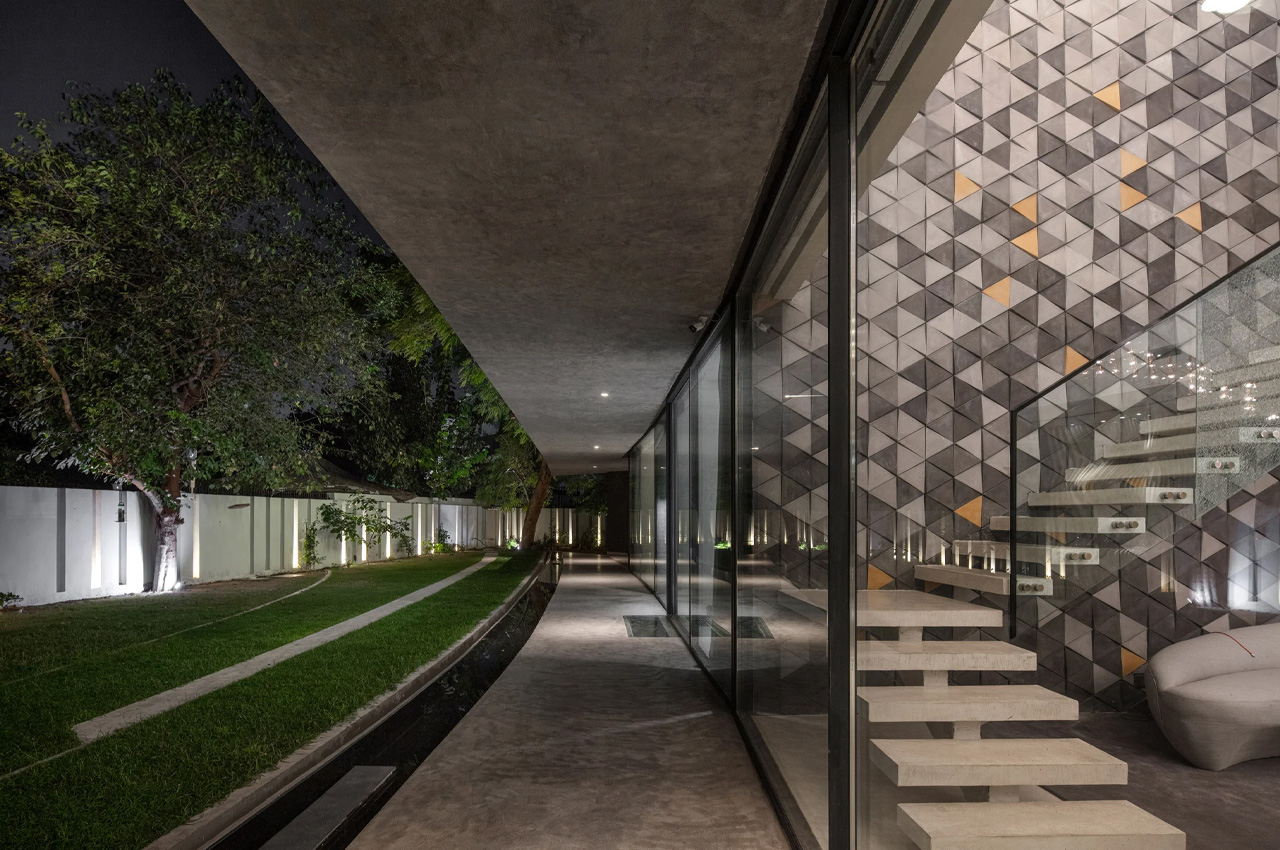 The ground floor of the home has been lowered a little, while the upper level is cantilevered, to provide shade against direct sunlight. The first floor has been amped with windows at angular recesses to minimize the heat gain. These precautions are necessary since Delhi can get supremely hot during the summertime, reaching unbearable temperatures. The plants on the rooftop reduce heat gain as well. The ground floor houses the double-height kitchen, dining, and living area. They serve as spaces for the family to gather and spend some quality time. Sliding doors create an alluring indoor-outdoor connection between this section and the garden. 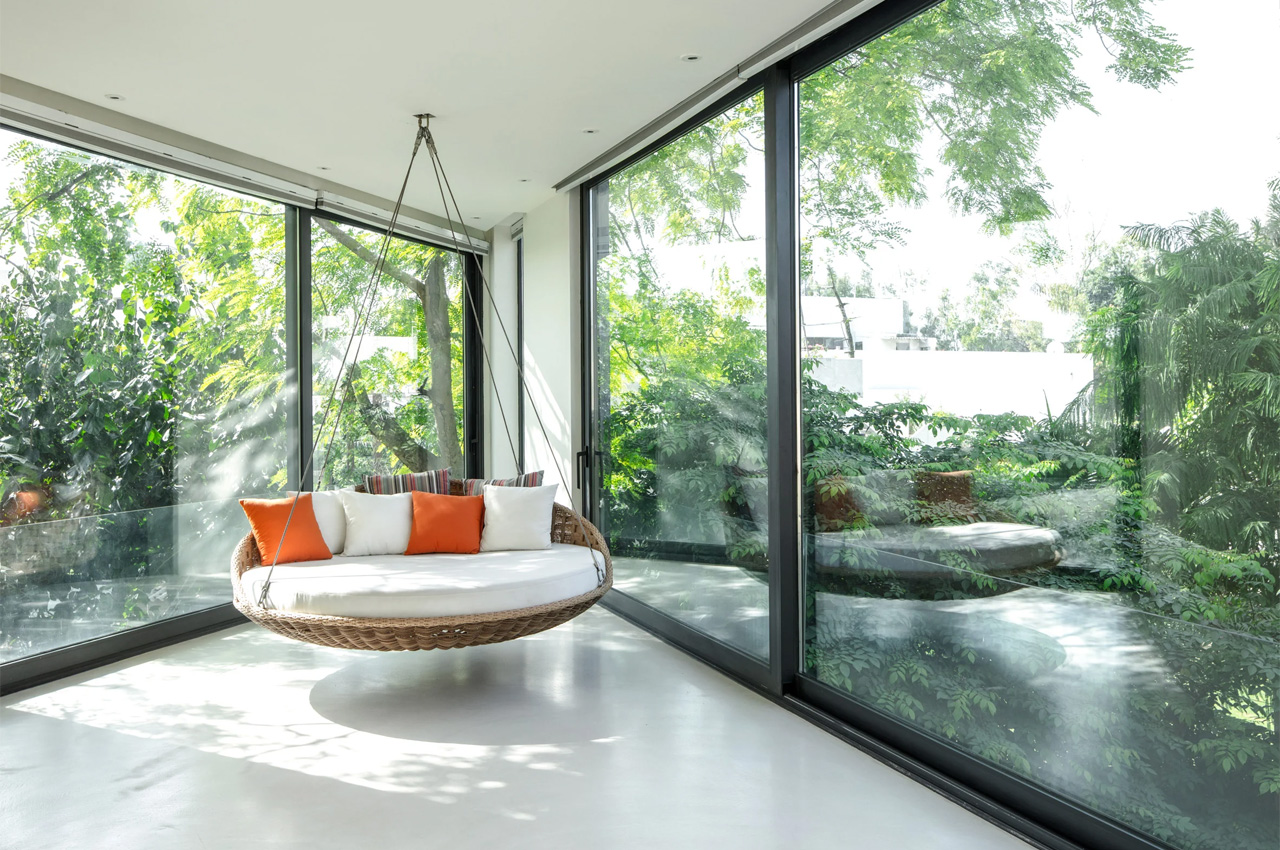 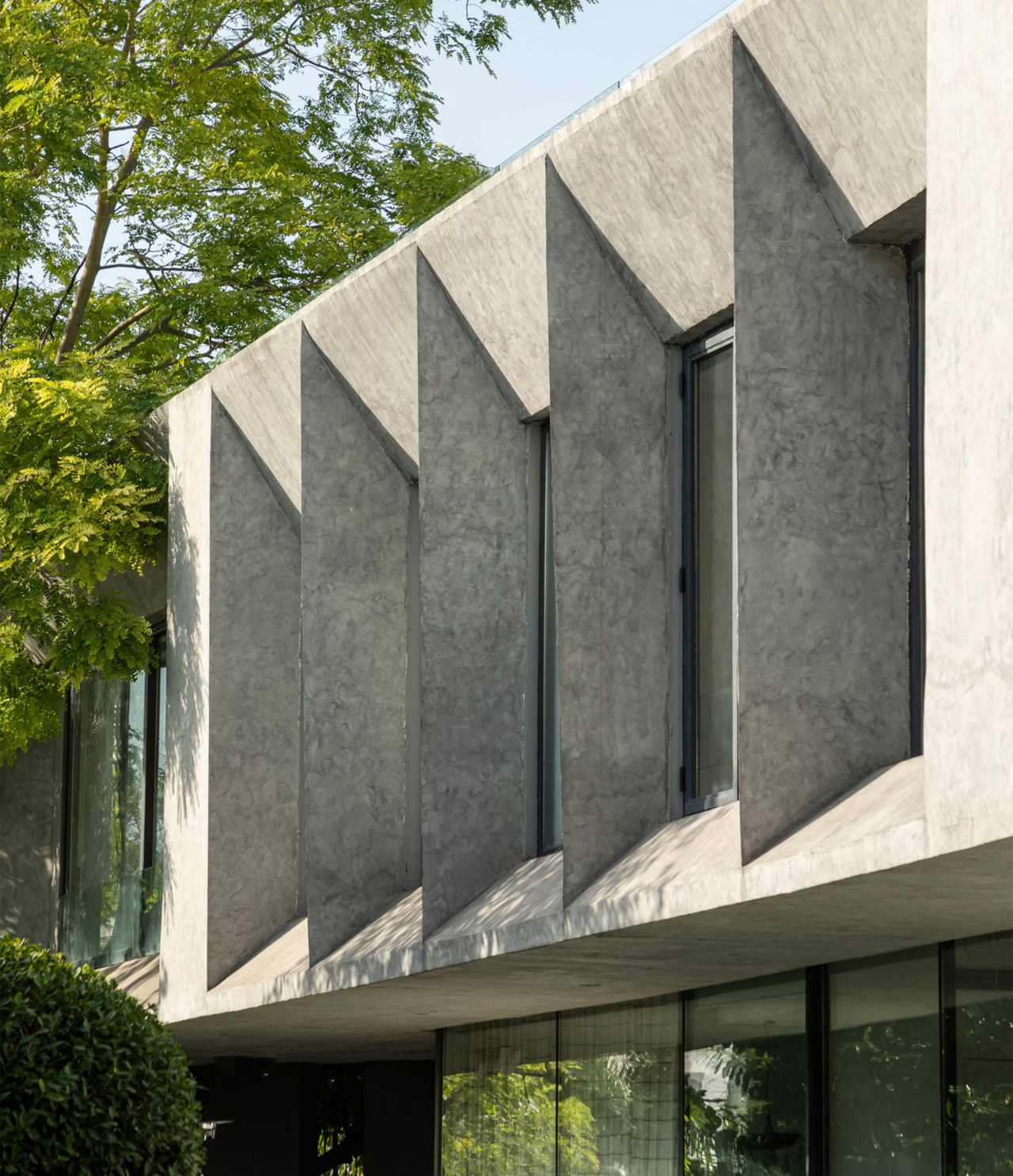 A rather imposing floating staircase joins the living area to the first floor, followed by a mezzanine with a glass balustrade that allows the two spaces to remain visually connected. Another rather interesting feature of the home is a swing seat tucked away in a corner of one of the first-floor bedrooms. It looks out onto a tree canopy and is a rather cozy space to grab some me-time in. 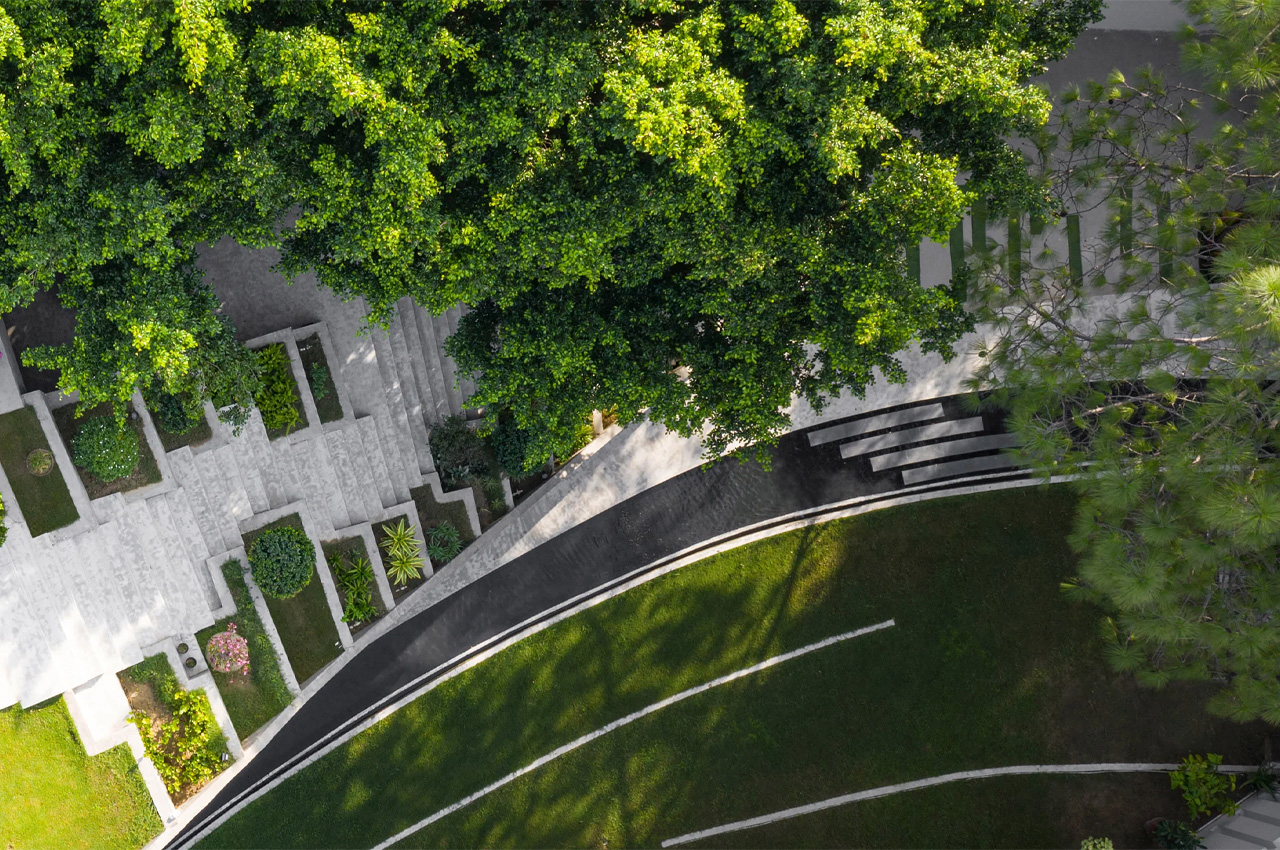 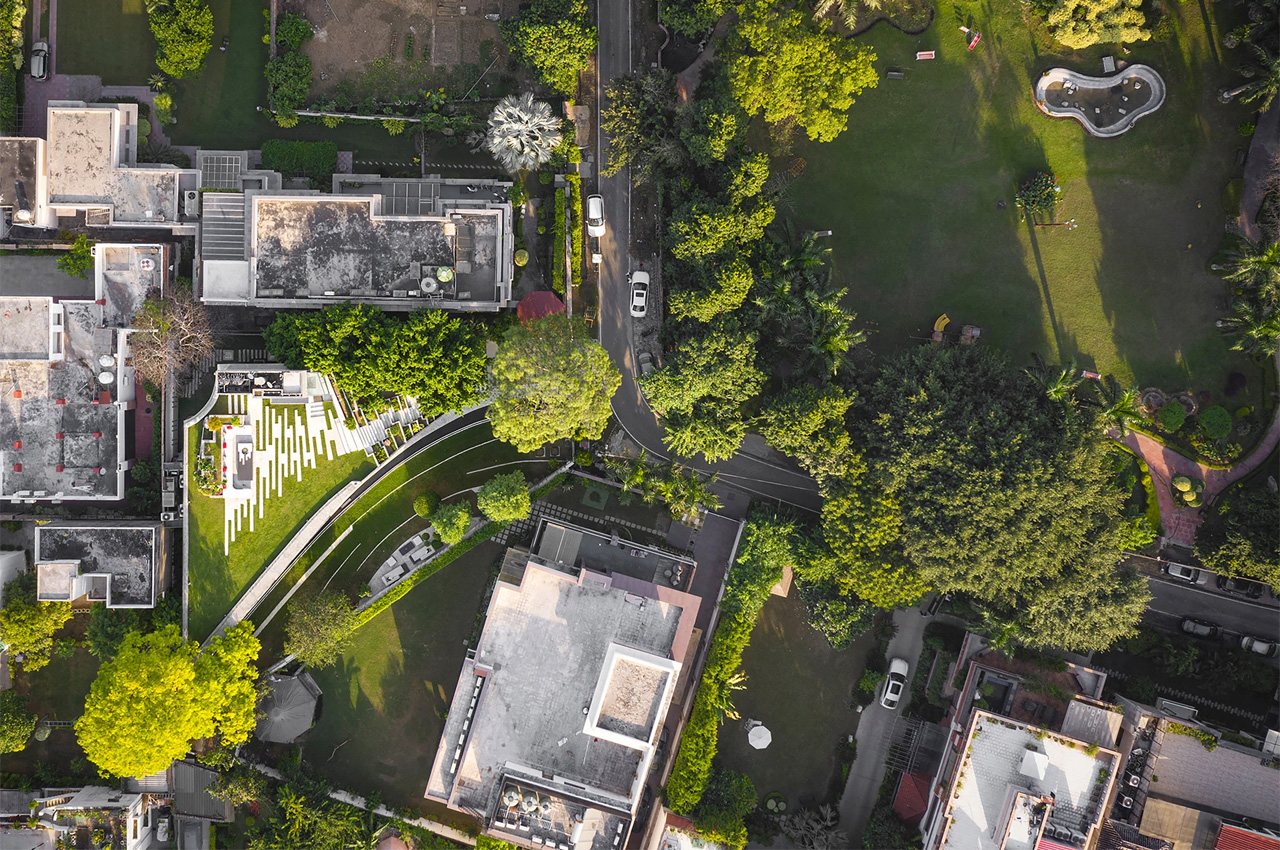 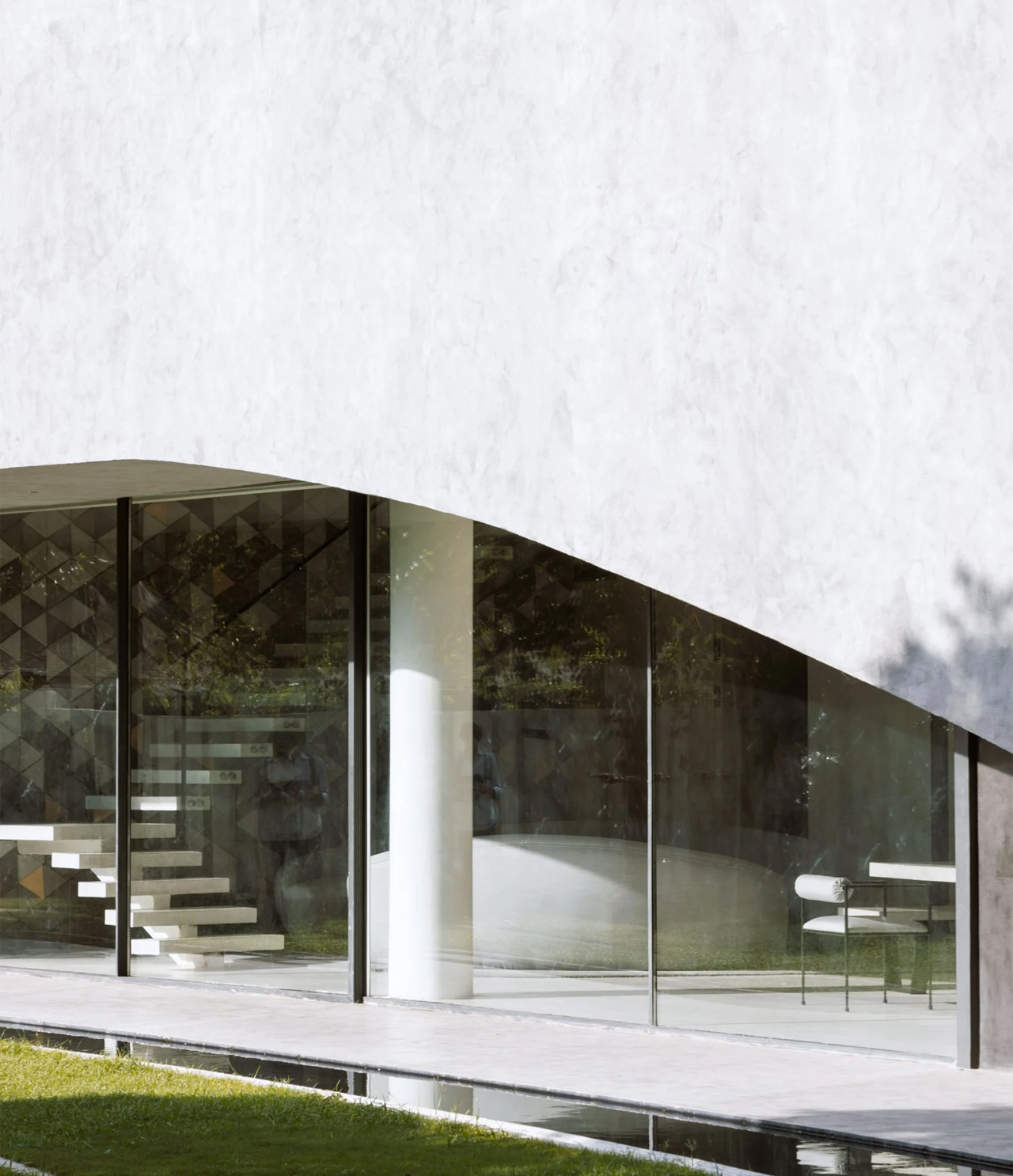 Ultimate must-have products for plant lovers to add some green + peace to your living space!

Plants can truly transform a living space with their gentle presence! They add a touch of green and nature and create a serene and zen…

This whimsical home designed by Arthur Dyson is an organic structure built to celebrate nature!

Located in Sanger, California, The Creek House is a home residence built by Arthur Dyson who used the philosophy of organic architecture to guide the…

Standing at 700 meters tall, the Shenzhen Hong Kong International Center is slated to be the third tallest building in the world, and will also…

If I told you that a garbage bin won a design award in Sydney and the coveted IxDA interaction design award, you’d wonder what I…