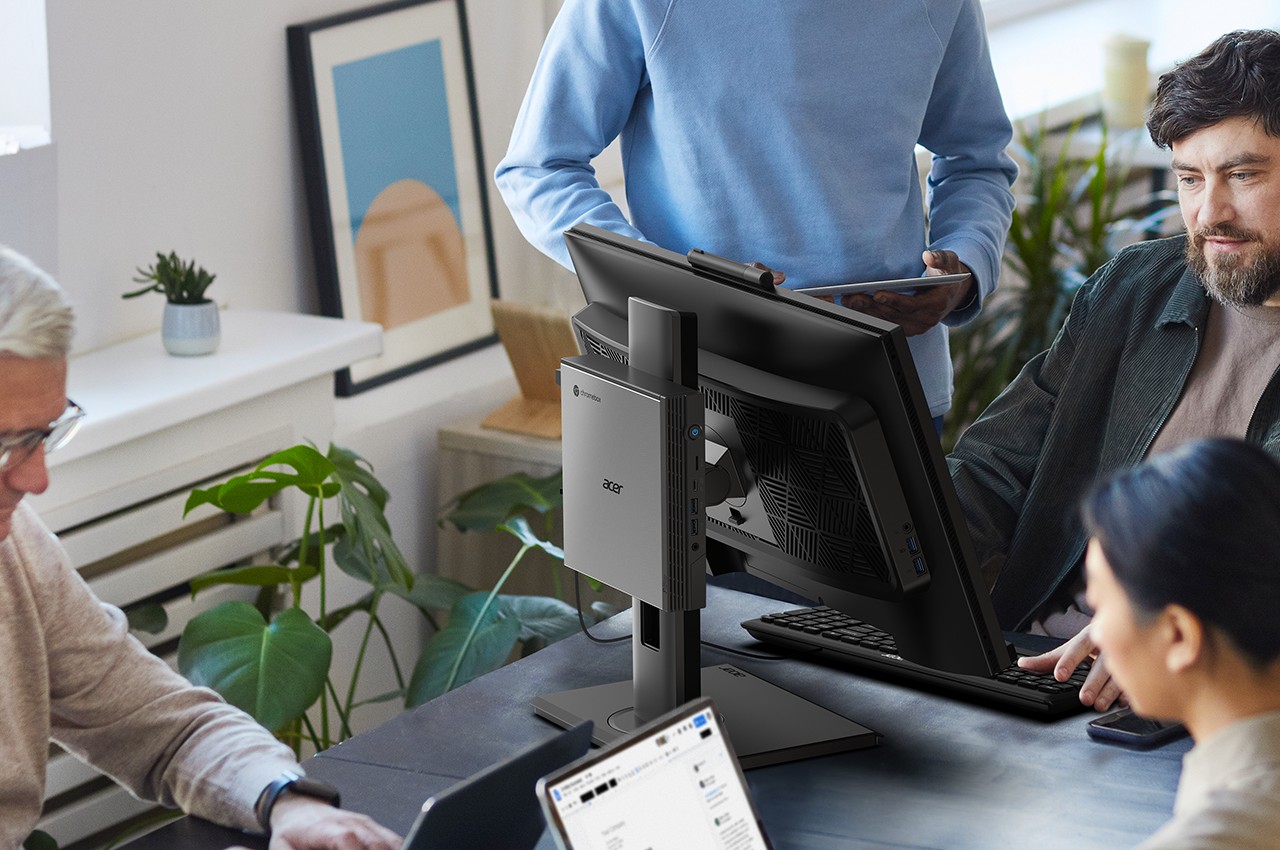 Google’s Web-centric Chrome OS had humble beginnings, catering primarily to educational and business sectors using low-power and affordable laptops. Chromebooks today, however, are a far cry from their ancestors from nearly a decade ago, and Chrome OS itself has undergone a rather radical transformation worthy of rivaling the big operating systems. Aside from supporting multiple platforms like Android and Linux, Chrome OS devices now also come in different forms, like the modest Chromebox. It’s pretty much a mini PC running Chrome OS, but there’s no rule that says it has to be just a box that sits on top of your desk or hidden behind it. At CES 2023, Acer is doing more than just show off its new and shiny Chromebox, it’s also introducing a new “Add-in-One” solution that helps make the Chromebox more practical and more space efficient in the places where it’s needed the most. 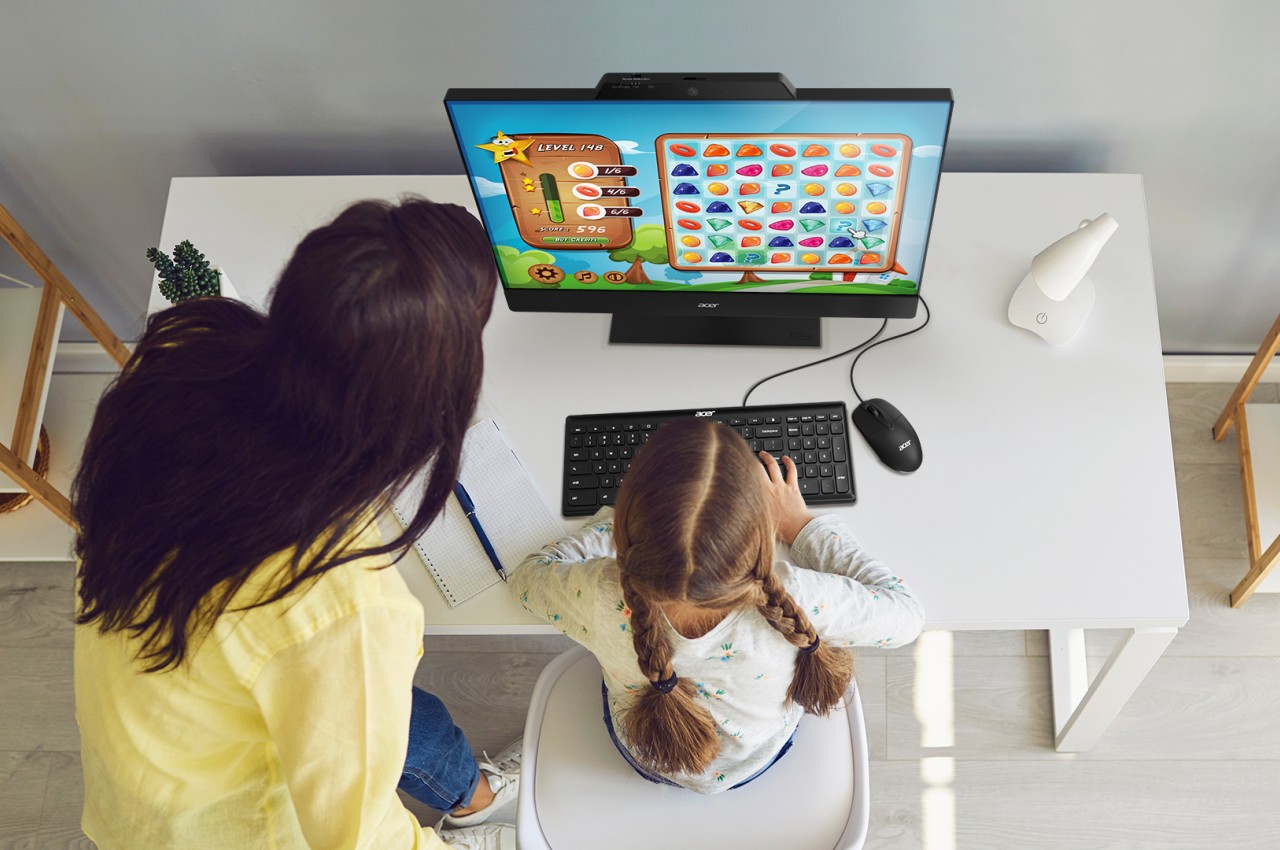 At the heart of Acer’s new Chrome OS lineup is the Chromebox CX15 and its business-minded sibling, the Chromebox Enterprise CX15. On its own, it’s already a fine device that you won’t feel embarrassed to be seen on your desk, whether lying flat or standing up. Powered by 12th-gen Intel Core processors with up to 16GB of DDR4 memory, the Chromebox has all the processing muscle you need for your business workflows as well as educational programs. The Chromebox Enterprise CX15 also comes with business-minded solutions, including Chrome Enterprise Upgrade, Intel vPro, hardware-based security, and integrated malware protection. 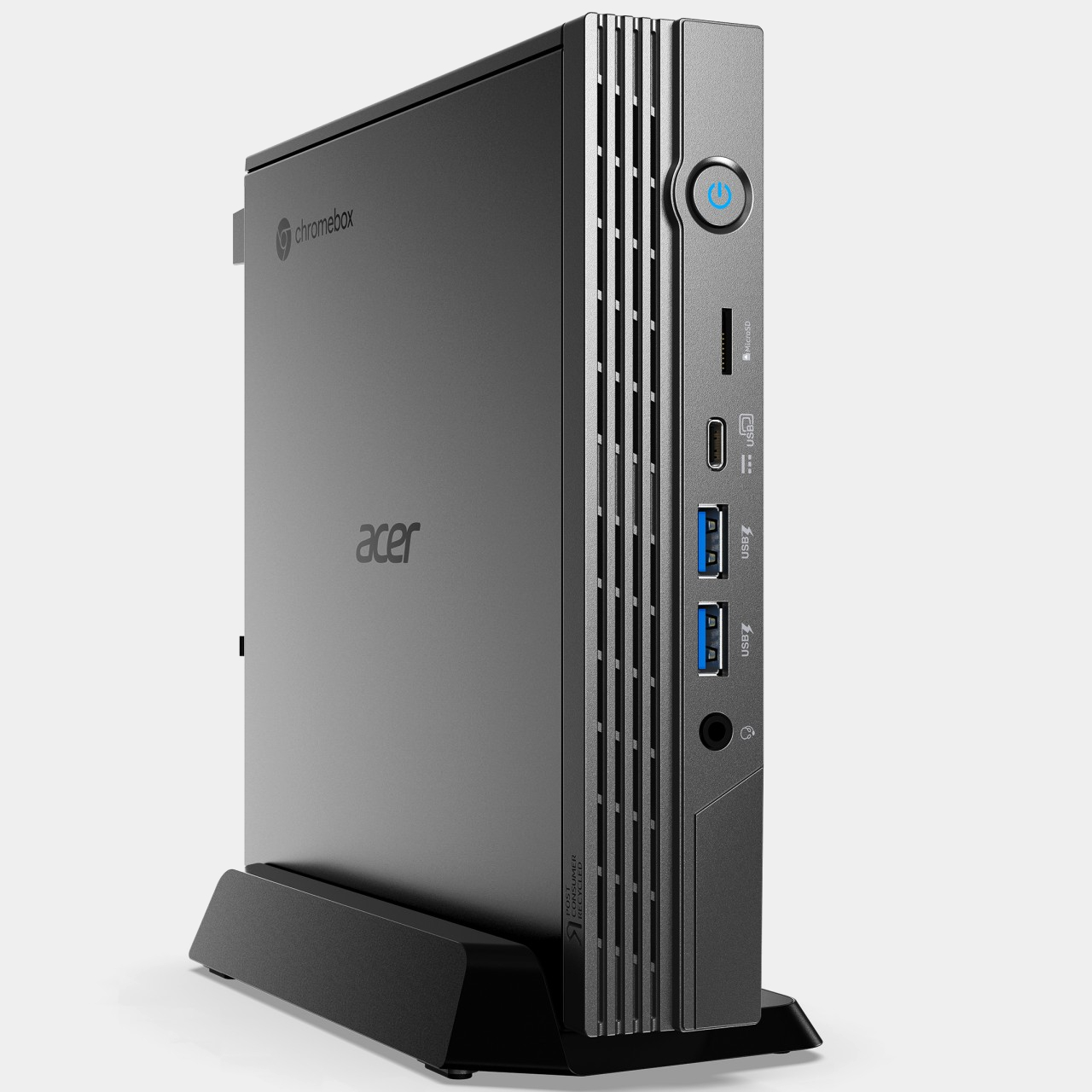 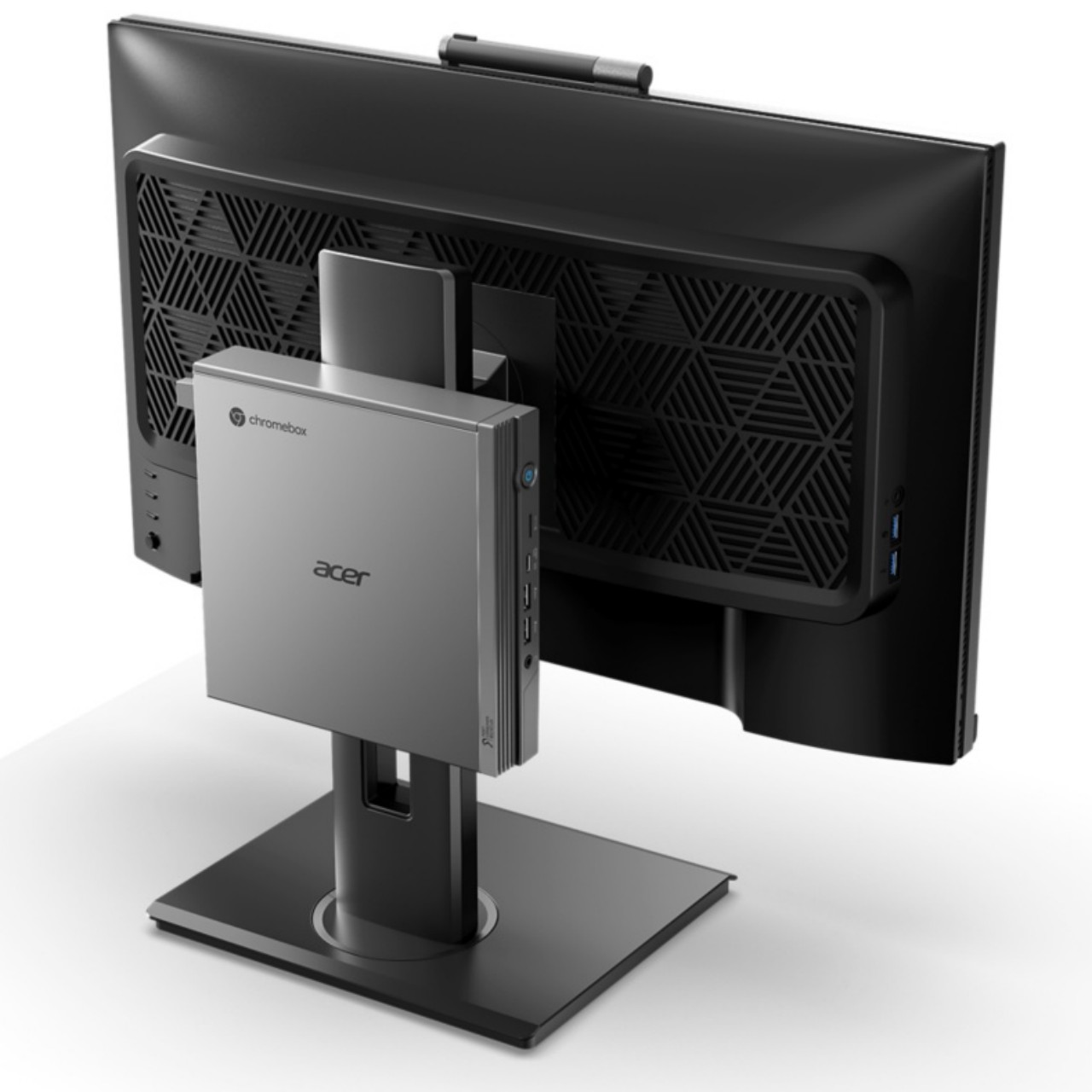 Despite its simple looks, the Chromebox CX15 checks all the boxes for integrating the mini PC into your office or school system. In addition to Wi-Fi 6 and Bluetooth 5 wireless connectivity, the box has a variety of ports and expansion slots to extend its capabilities. It can even support up to four external displays thanks to a tandem of USB-C ports and dual HDMI 2.1 ports. As a compact box, the Chromebox CX15 can be placed almost anywhere, including behind a monitor, courtesy of its VESA mount kit. 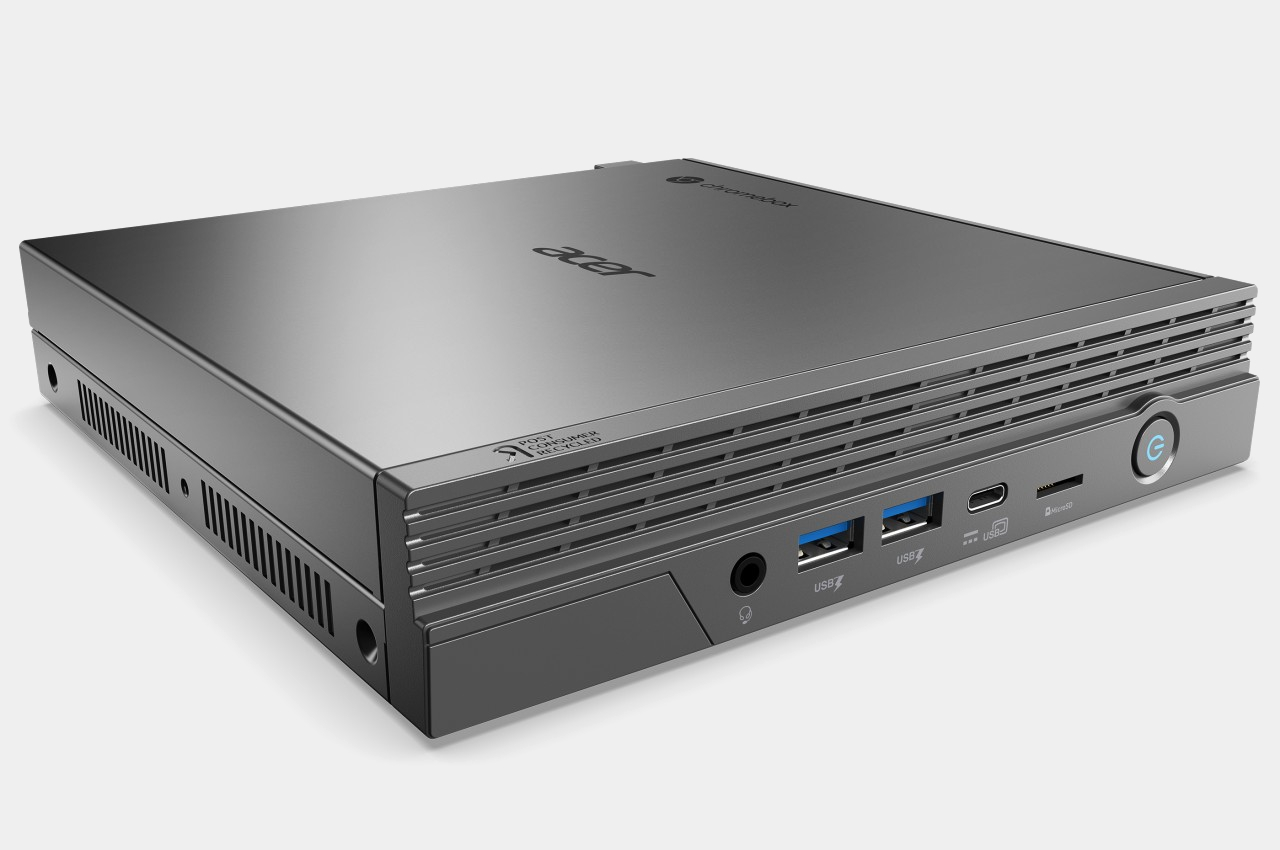 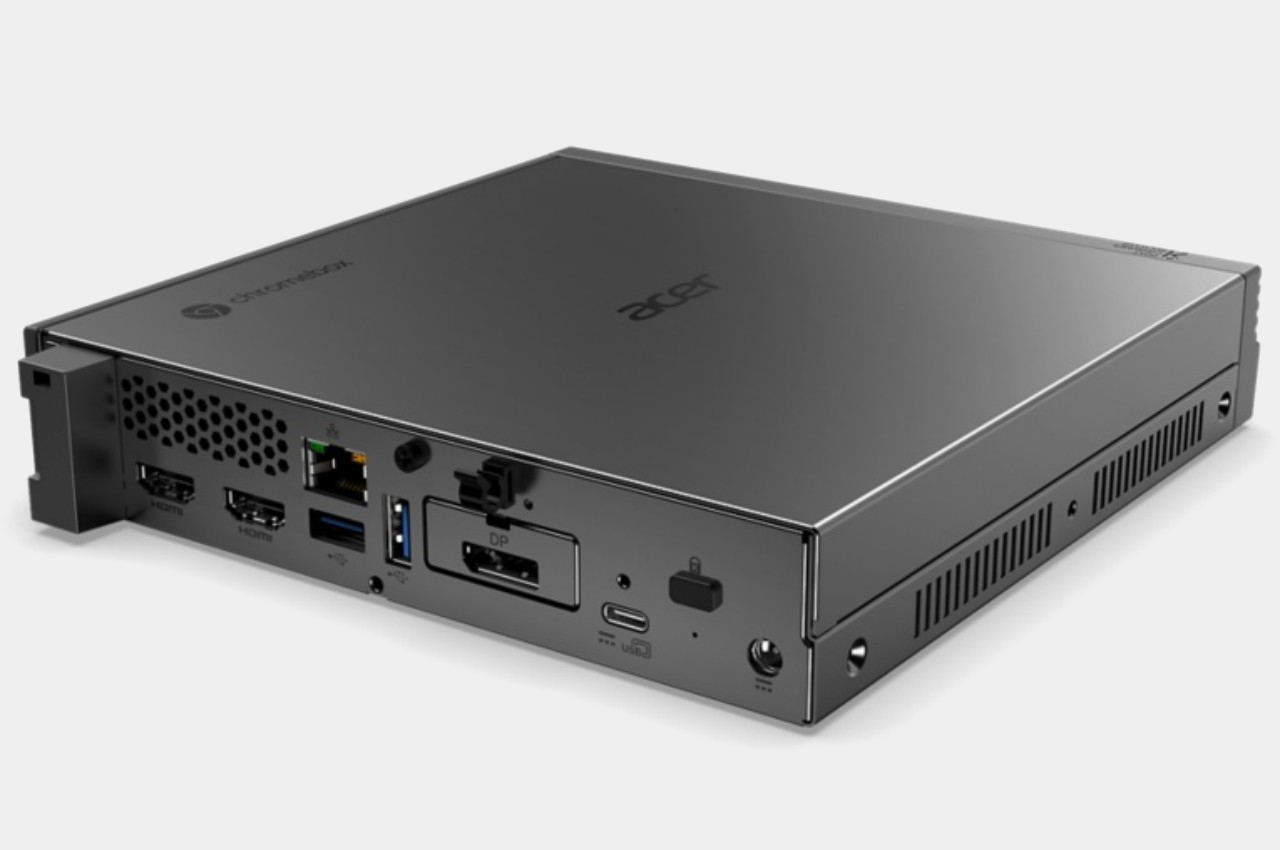 Where it really shines is in the Acer Add-in-One 24, and no, that isn’t a type. This is a tag-team productivity package composed of a Chromebox CX15 or Chromebox Enterprise CX15 and a 24-inch 1080p FHD monitor. The Chromebox CX15 slides inside a specially-designed dock on the back of that monitor, making it trivial to replace it with a backup unit in a worst-case scenario. There are also specialized screws that prevent the unauthorized separation of these two devices. 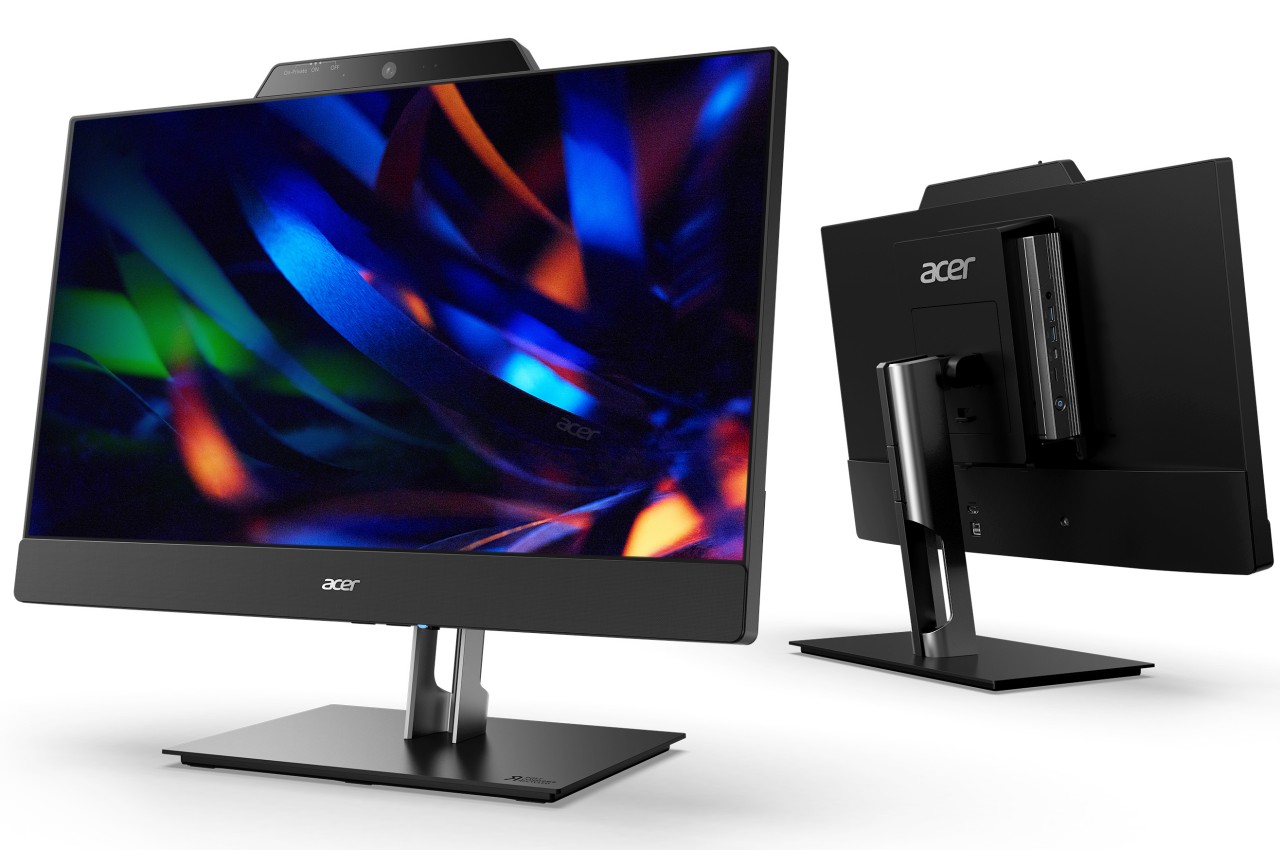 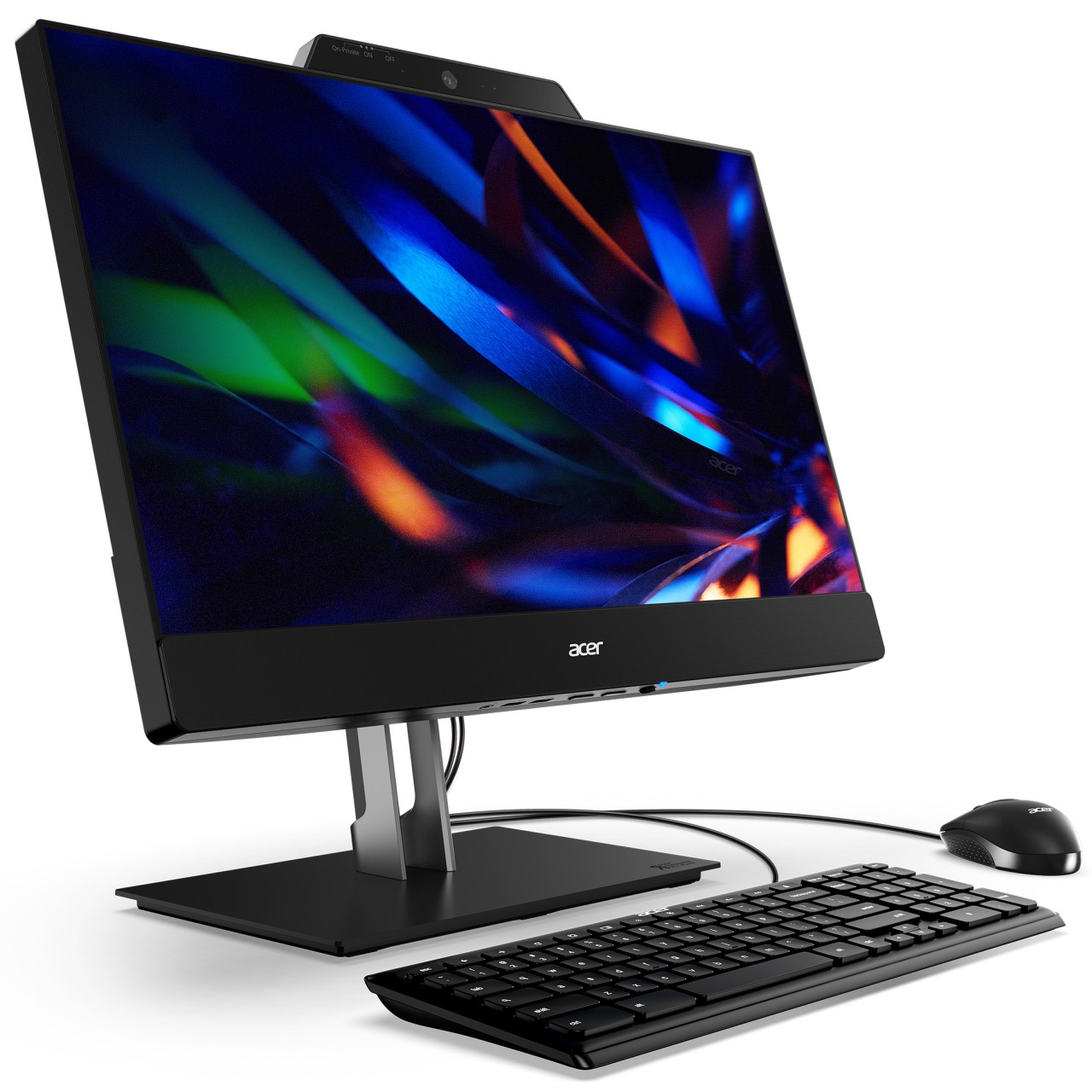 The monitor itself is a perfect complement to the Chromebox CX15, providing a built-in 115-degree wide-angle 5MP webcam that has become necessary for both work and school these days. That camera comes with a physical shutter to protect users’ privacy when it isn’t in use. There are also dual mics and dual 4-watt speakers for video conferences and communication. Thin bezels maximize the viewable area of the screen, and the ability to tilt the screen gives lets users adjust the monitor to their comfort. With this space-saving two-in-one solution, the Acer Add-in-One 24 delivers a complete all-in-one package that still leaves plenty of room for changes and customization down the road. 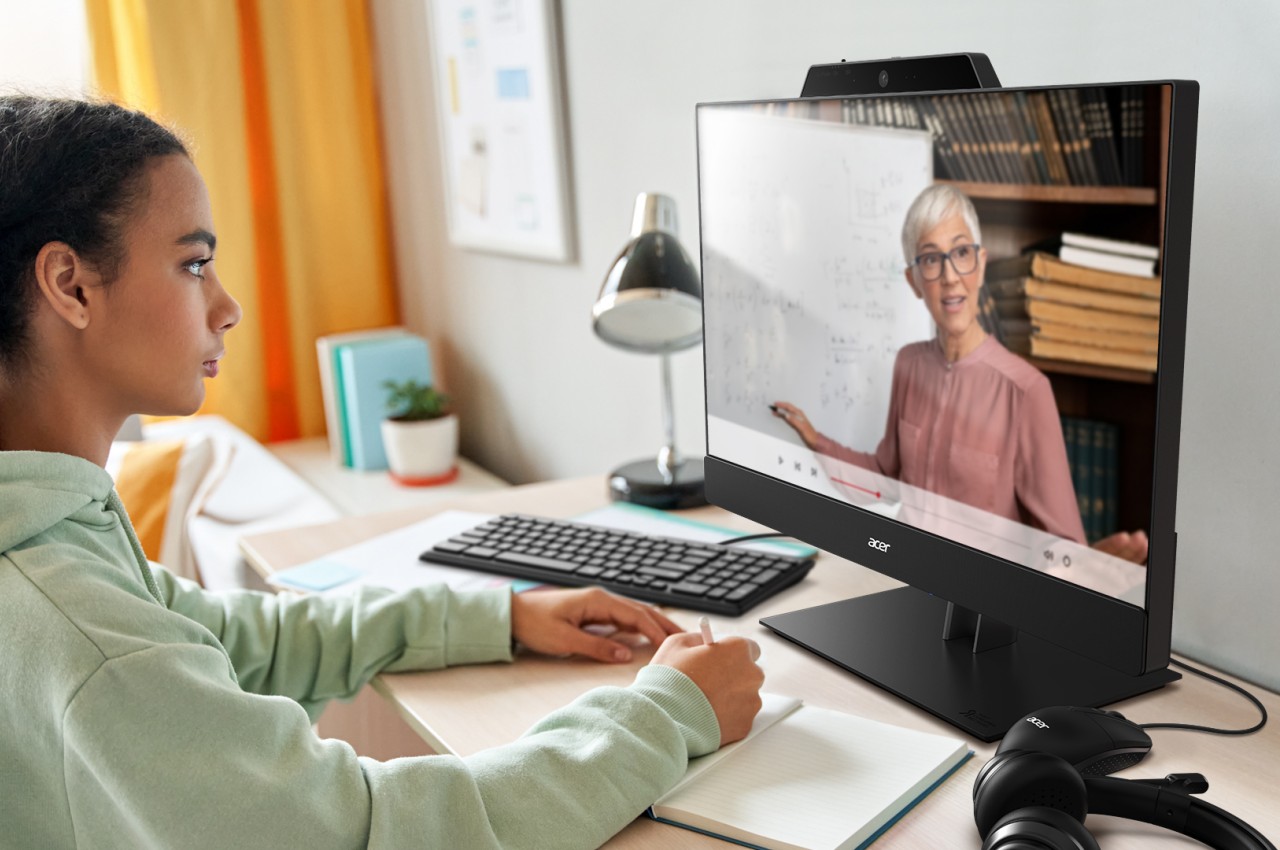 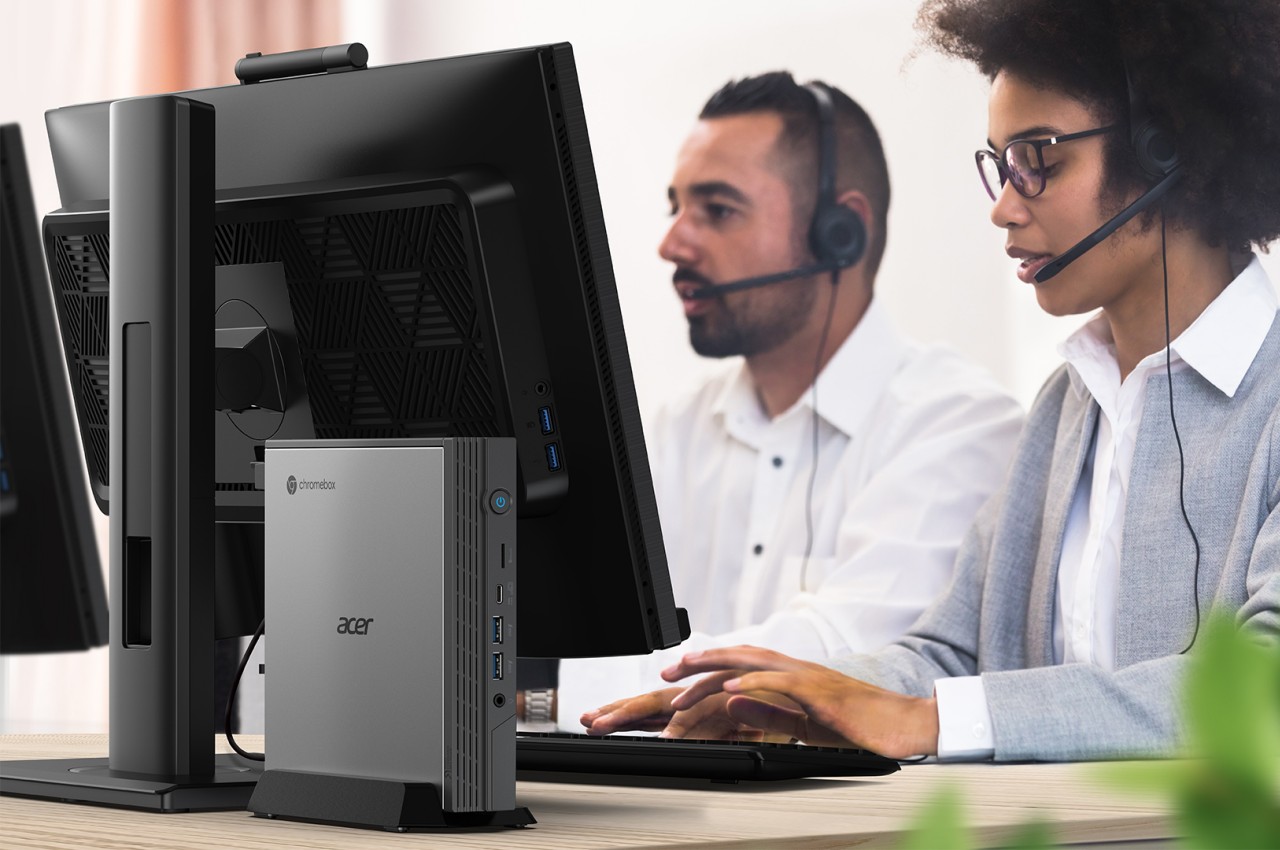 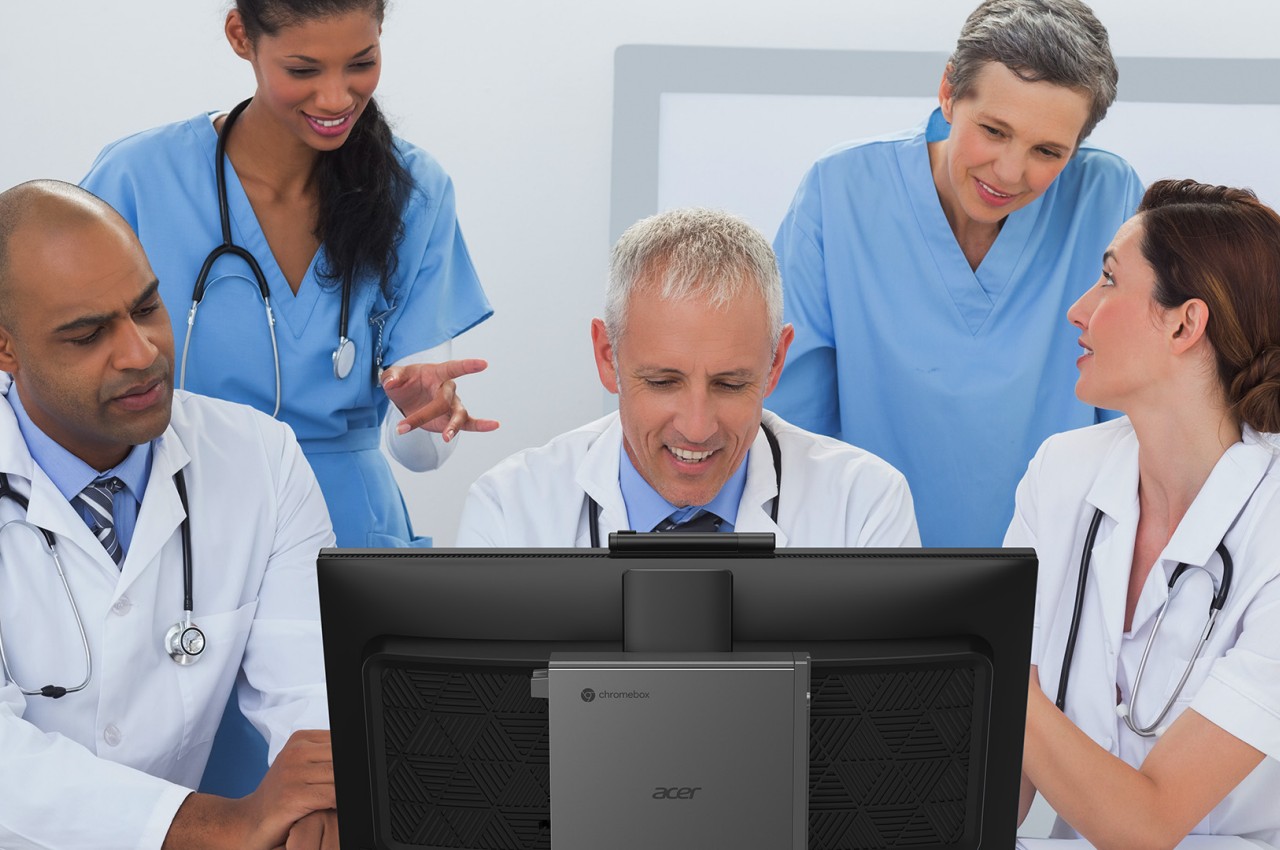 This year’s first Apple event was just bursting with color, part of which can be attributed to Apple’s latest iMac series, revamped to look absolutely…

One designer went and redesigned the cheese-grater Mac Pro

You’ve got to admit, whether you like or dislike the Mac Pro 2019, there’s no ignoring it. Especially if you’re from the design community. As…

When the tablet was made, everyone thought that the PC would die. Quite the contrary occurred. This year was the year of the laptop, showing…

This isn’t a throwback. If nothing, it’s actually a throw-forward. Designed to show how far we’ve come in a span of 4 decades, this cassette…