Kept at a distance of just 16 inches from any surface, the Philips Screeneo U5 turns your wall into a whopping 150-inch 4K theater that’s also 3D-capable! Setting up a cinema in your compact home was never this easy, and at a price of $1790, never this economical either…

The Philips Screeneo U5 comes on the heels of its previous generation, the Screeneo U4, which debuted earlier this year and garnered over $6.5 million in funding on Indiegogo. Making projectors (a 4K one, no less) for the mass market is expensive, prompting Philips to go down the route of crowdfunding. The strategy has worked well for the company, allowing them to gauge demand and build out great devices for enthusiastic early adopters. While the U4 was pretty impressive on its own, the Screeneo U5 pushes its specs to the absolute limit, with a larger projection, 2x higher resolution, nearly 6x more brightness, and highly-awaited support for Android TV and built-in ExpressVPN. 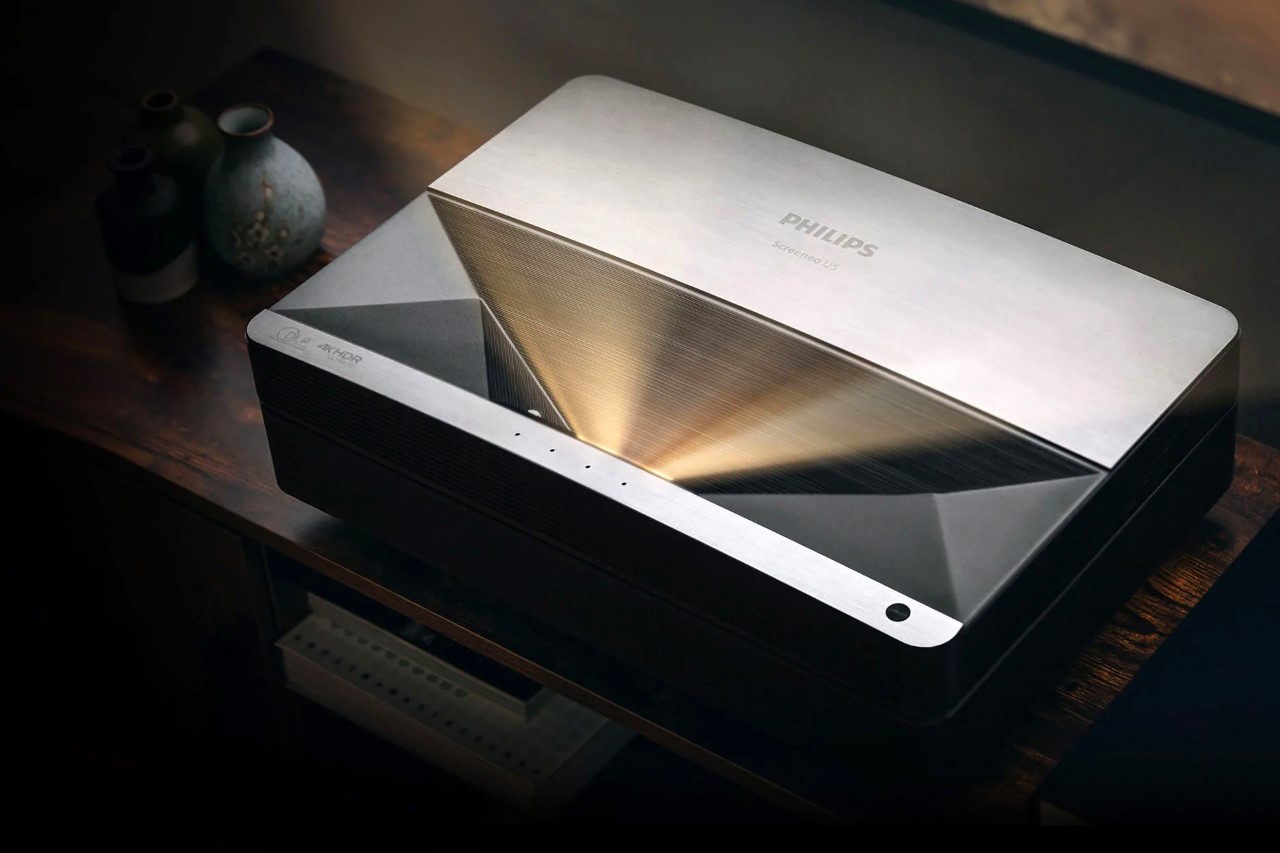 Ultra Short Throw projectors are absolutely perfect for smaller houses, given the fact that they don’t need to be placed at a distance. Just have the projector a foot away from the wall and you’ve pretty much got yourself a large display that’s perfectly rectangular (keystone correction) and doesn’t get overshadowed every time someone walks across the room. The one drawback to Ultra Short Throw projectors, up until now, has been their price – something that Philips has been steadily working on reducing with the Screeneo line that debuted first in 2013. 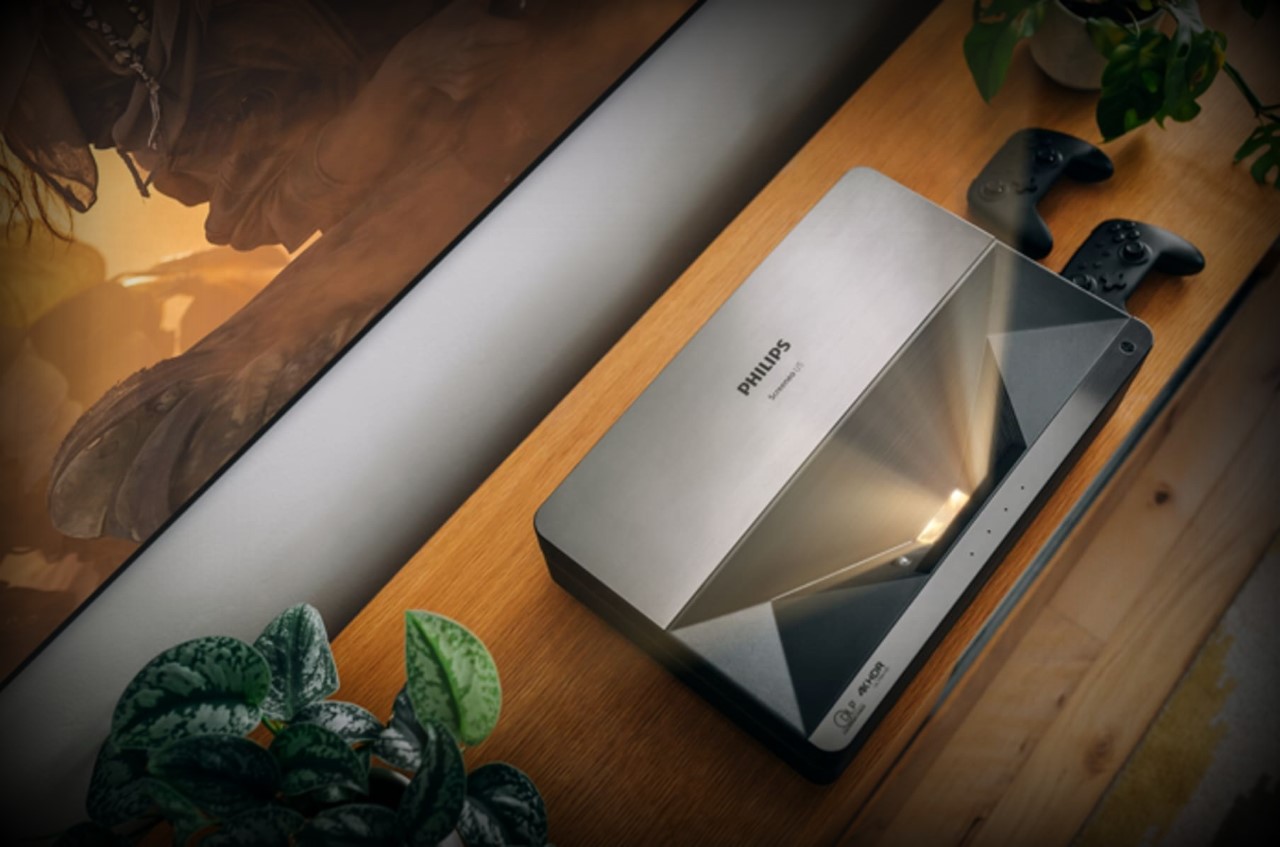 Simply put, the Screeneo U5 can cast a 120-inch projection on a wall when kept a mere 11 inches away… although push that distance up to 16 inches (if you’ve got the space) and you now have a whopping 150-inch 4K UHD projection covering your entire peripheral vision. The U5 bumps up the projector’s brightness to an impressive 2,200 ANSI lumens too, allowing you to watch movies or the game in both day and at night without struggling to see the picture. Worried about having to set the brightness each time? The U5 also has an auto-dimming feature that’ll adjust the brightness based on the ambient light around, protecting your eyesight. 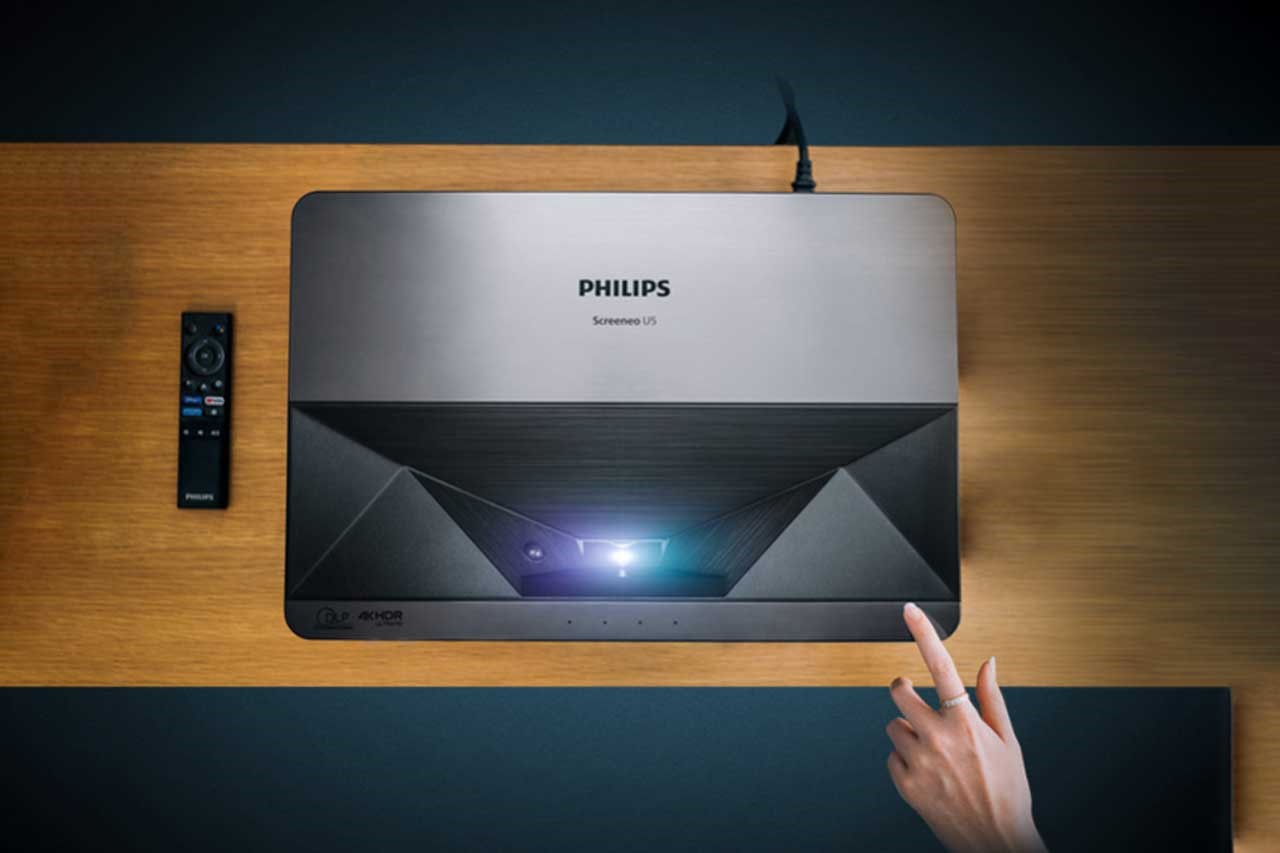 Place the projector against a wall and the Screeneo U5 pretty much handles the rest. Its keystone correcting abilities mean that it’ll ensure your screen is perfectly rectangular no matter what, and a unique 8-point calibration system allows you to further tweak and adjust the picture to account for any imperfections on your wall or projector screen. 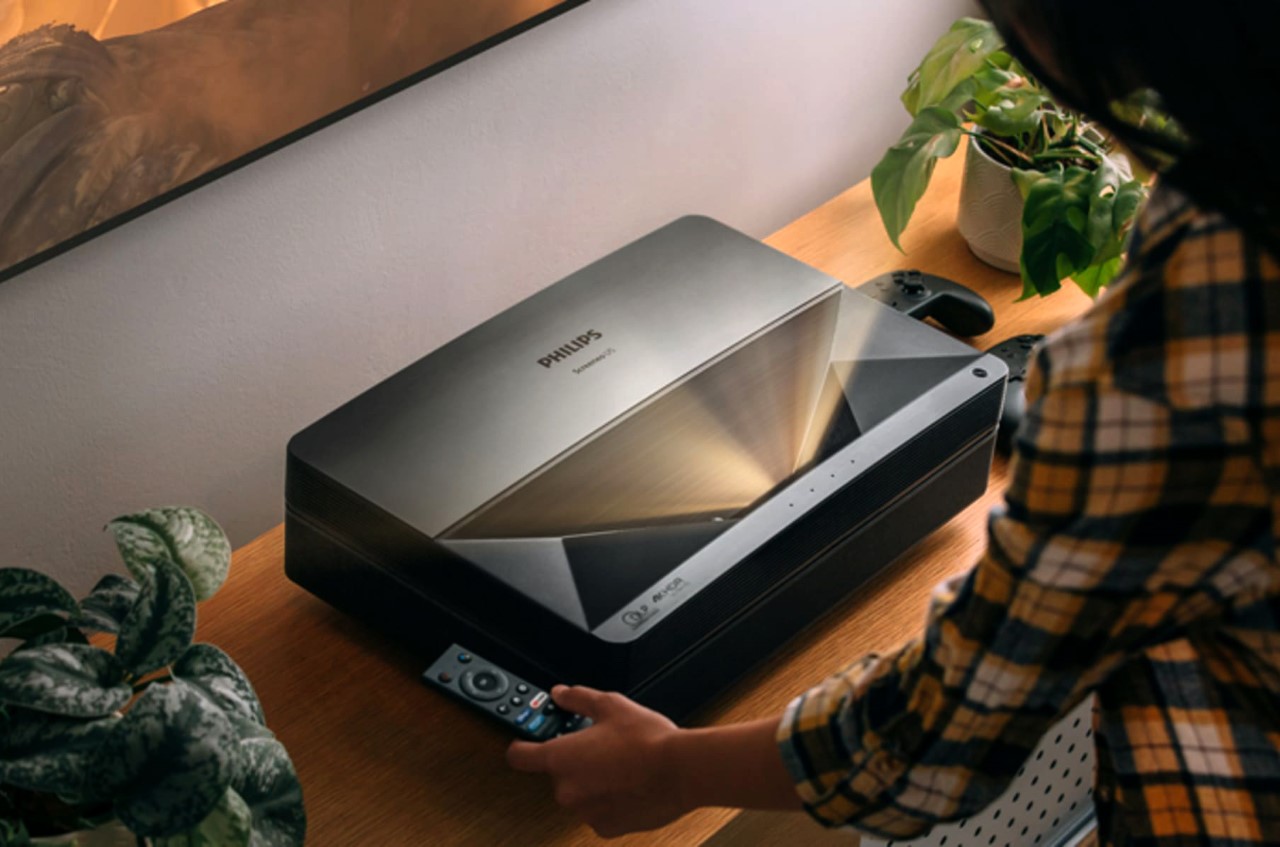 The Screeneo U5 is a major upgrade from its predecessor, now with a 4K resolution, higher brightness, and better colors. Dolby Vision and HDR 10 ensure better clarity, higher contrasts, and richer colors, while FlowMotion 4 helps upscale frame rates to make even older videos (or videos shot on lower frame rates) buttery smooth. The projector runs a 60Hz refresh rate, making it incredible for gaming too, and even though 3D TVs have been rather dead for a while now, the Screeneo U5 surprises with 3D projection capabilities, literally bringing the movie theater to your home. (Overpriced popcorn not included) 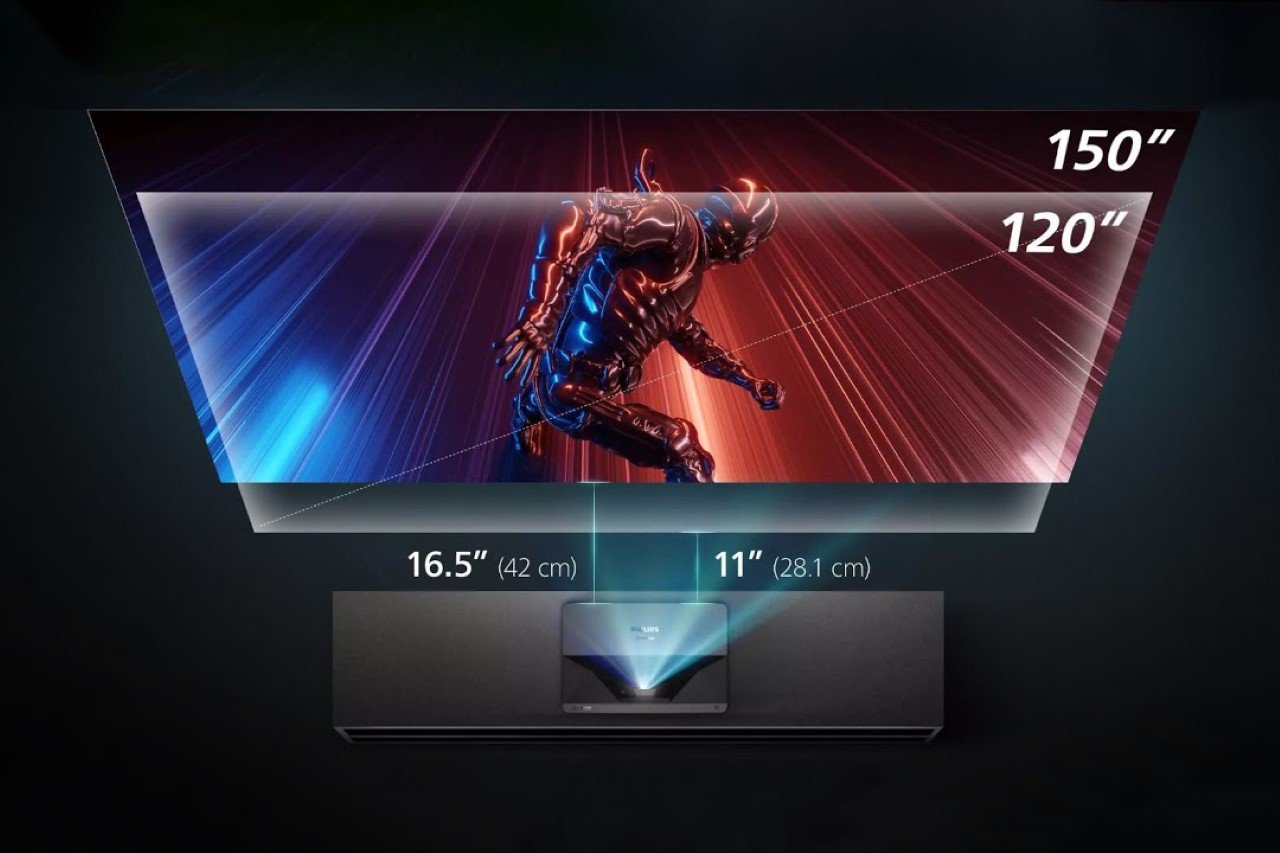 The one feature that really sets the U5 apart is the fact that it also packs an absolute punch in the audio department. Equipped with 2.2 Channels, 20 watts, and a dedicated DSP, the U5 brings powerful Dolby Atmos audio to the viewing experience, combining larger-than-life audio with booming sound that you wouldn’t really expect from a projector, but will come to appreciate while watching movies, matches, or music videos. 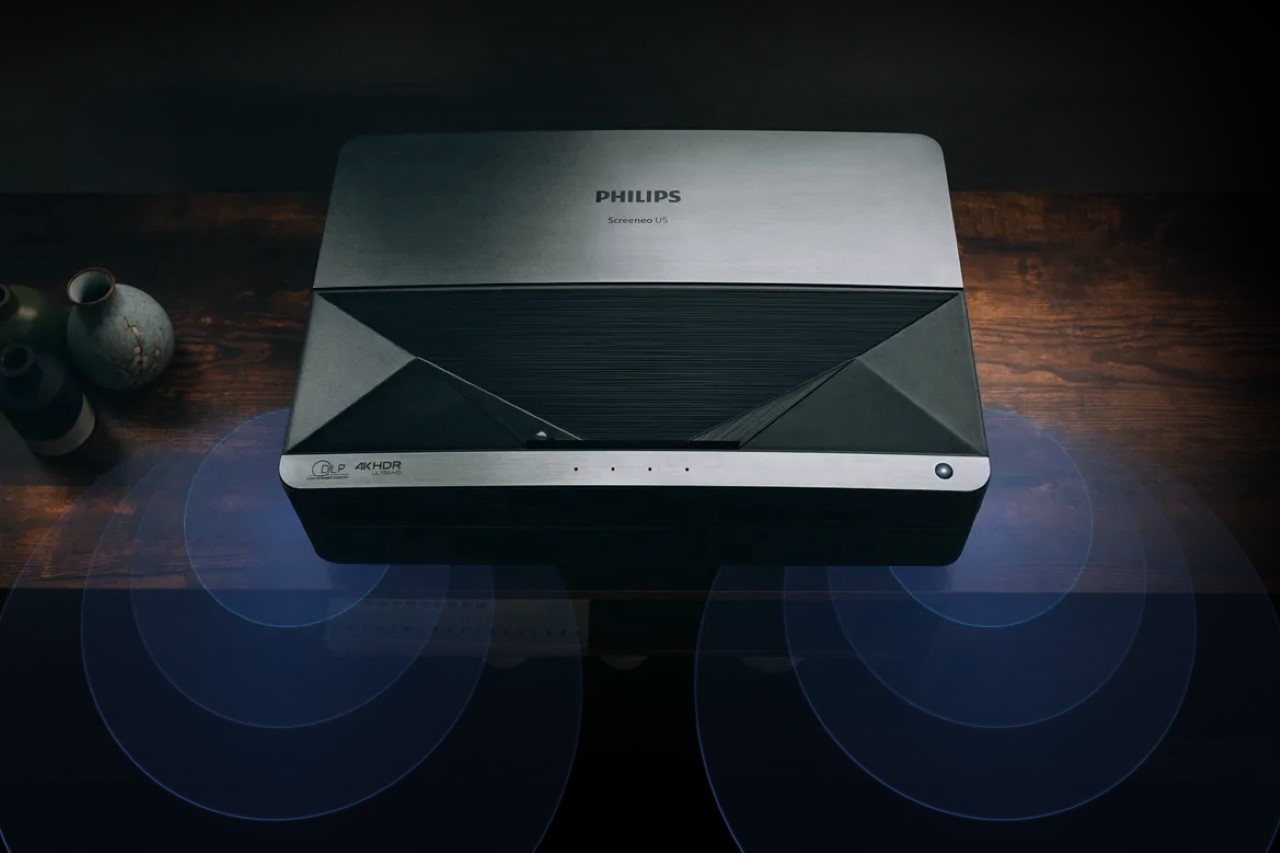 Unlike the U4, which didn’t have any smart TV interface built-in, the U5 comes with AndroidTV and Chromecast, but pushes the bar even further with ExpressVPN pre-installed on the OS for access to geo-restricted content – a feature that’s absolutely game-changing for most media devices today. However, the presence of multiple ports including 2 HDMI, 2 USB-A, and one VGA port ensures you can plug anything from your old laptop to your thumb drive into the U5 to access local files. There’s a LAN port to connect your projector to a wired network, and a 3.5mm jack just in case you have better speakers lying around. Just in case, the U5 comes with Bluetooth 5.1 too, letting you connect wireless speakers as well. Like its predecessor, the Screeneo U5 also comes with a multimedia remote that makes navigating the interface much easier. 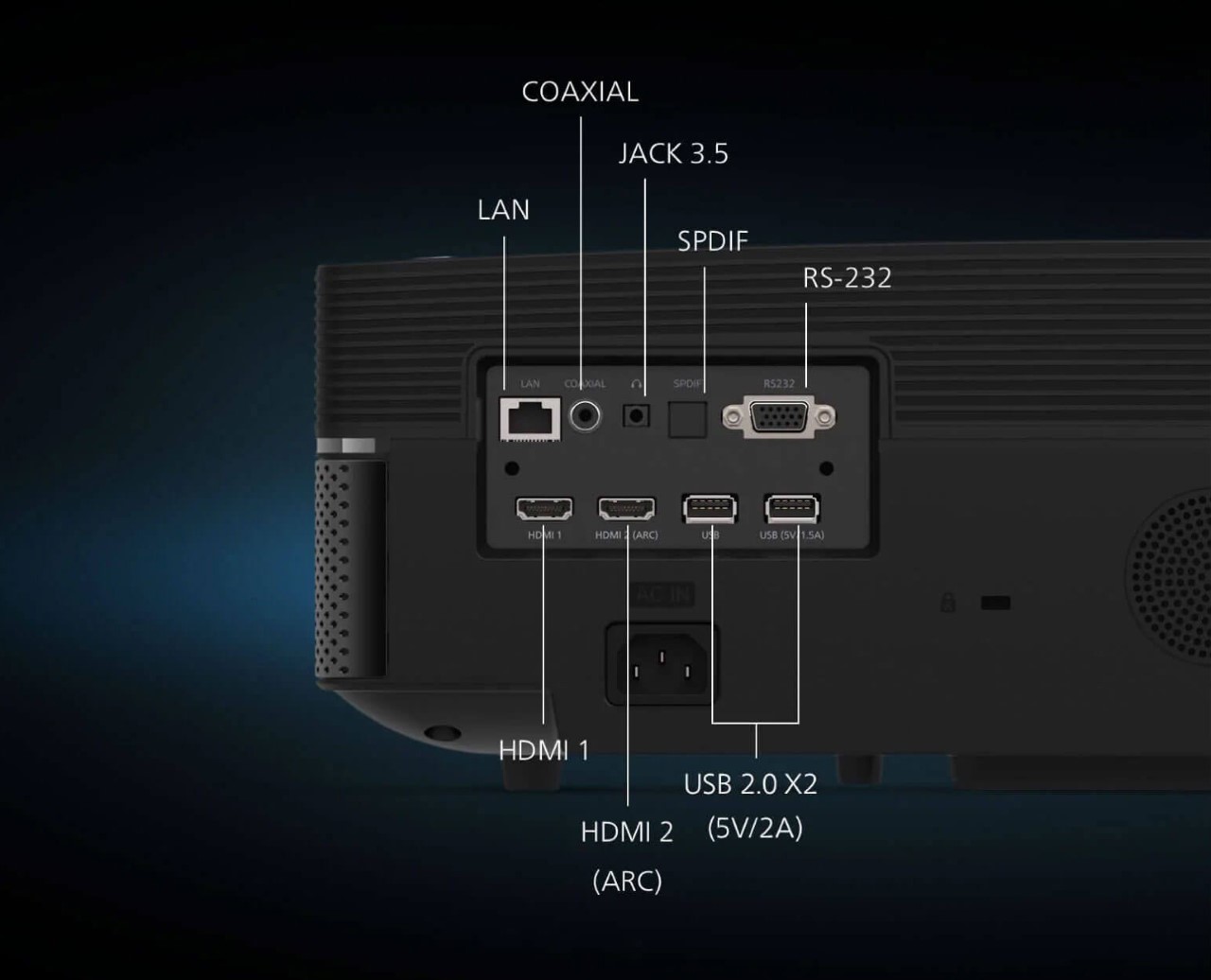 The Philips Screeneo U5 is currently crowdfunding on Indiegogo and has raised nearly $3 million as of writing this article. Its previous campaigns, the Screeneo U4 ultra short throw projector, and the Philips PicoPix Max pico-projector were runaway successes too, receiving support from more than 25 thousand backers. While there’s always an inherent risk with crowdfunding, one could argue that Philips has much more brand value than most campaign creators, so rest assured your money is in reliable hands. To sweeten the deal, however, Philips is offering a Cyber Week 48% discount to its backers by letting them procure the Screeneo U5 for a reduced price tag of $1,790 USD (€1,699 EUR). The Screeneo U5 comes with a 2-year warranty and begins shipping in March 2023. 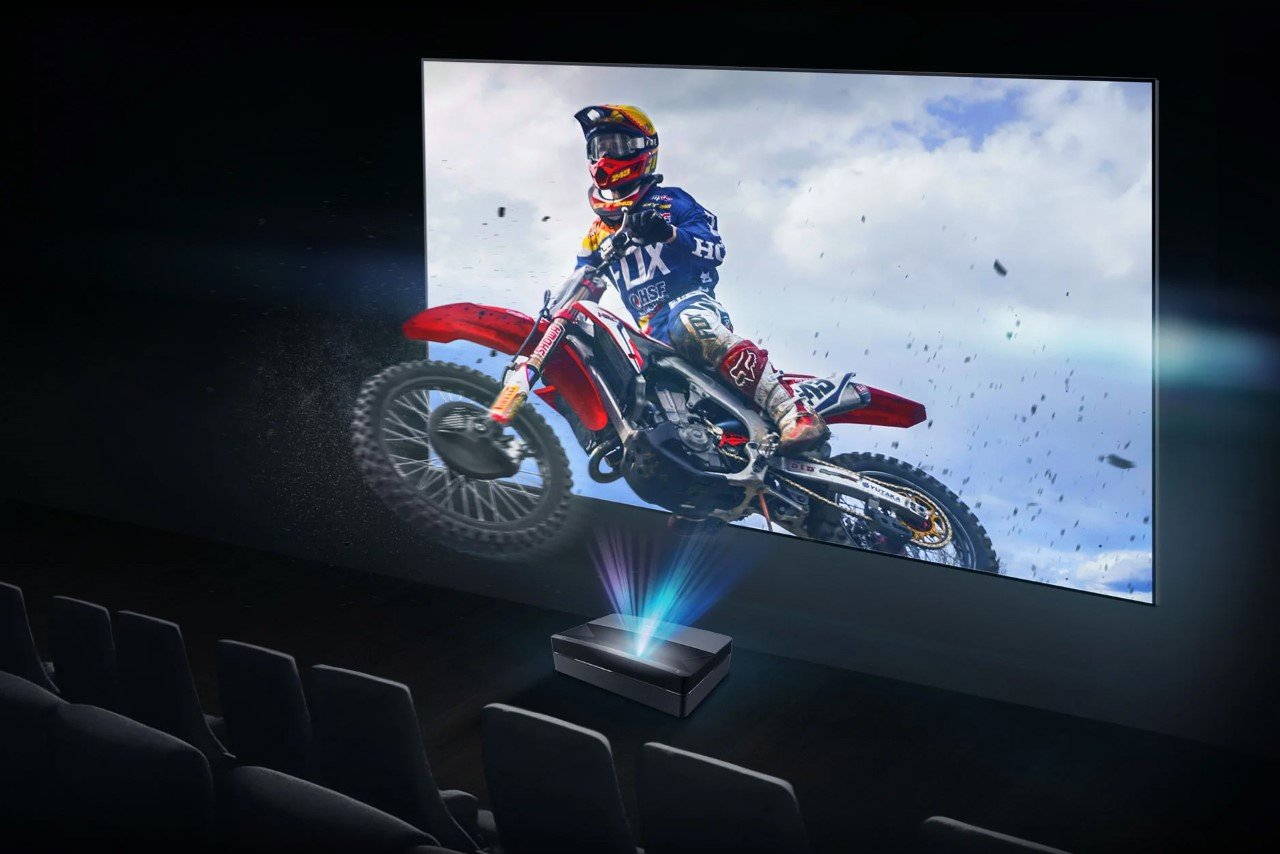 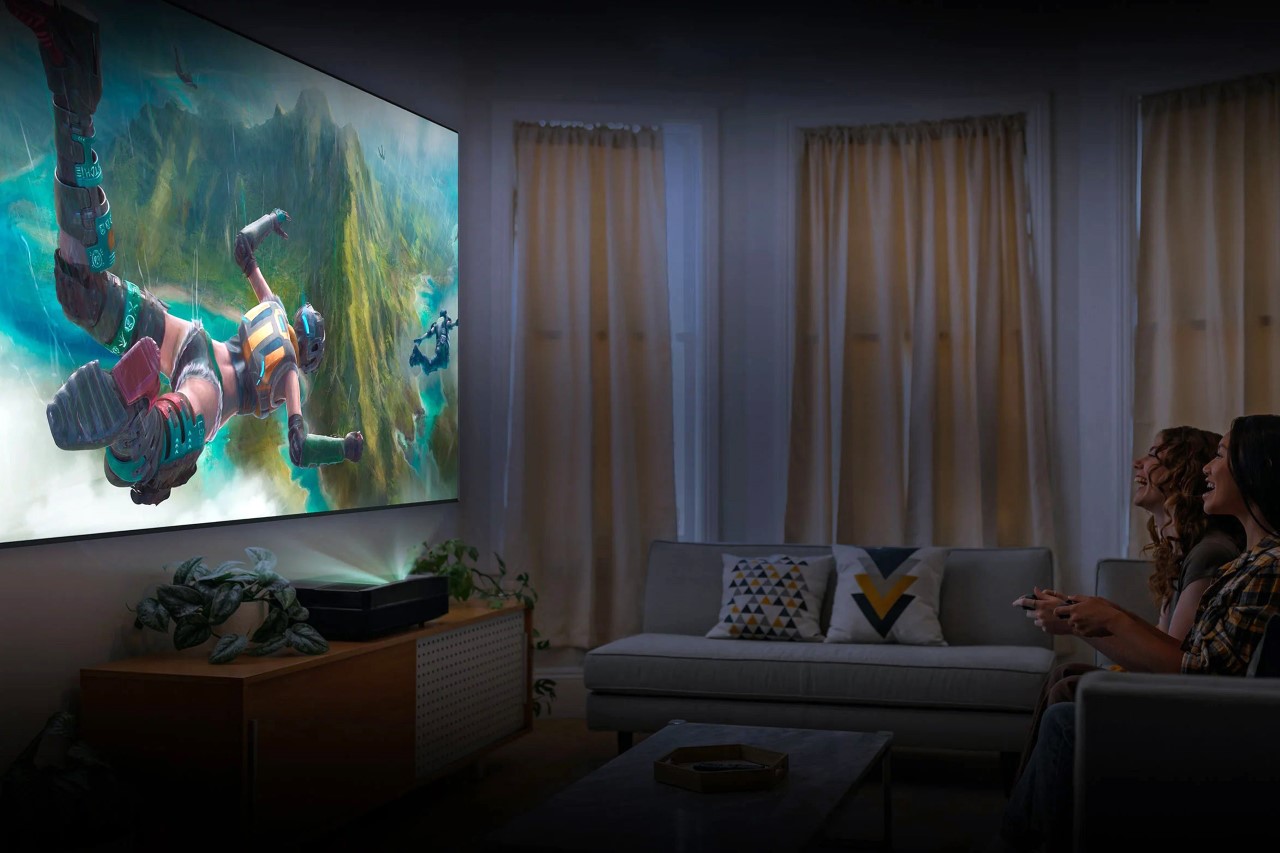 Power Of The Sunflower

The Bastron Glass Keyboard is sleek and has an integrated touchpad, but it isn’t for everyone

Here’s the dilemma. I absolutely love tactility. I hate touchscreen keyboards just because they’re so difficult to use, but at the same time, I see…

Make barista-quality coffee anywhere with this portable pour over kit

https://www.kickstarter.com/projects/pakt/pakt-coffee-kit-the-complete-brewing-system-for-travel As a self-respecting tea drinker myself, I understand the lengths people go to to get their daily beverage fix. I’m incredibly fickle about my…