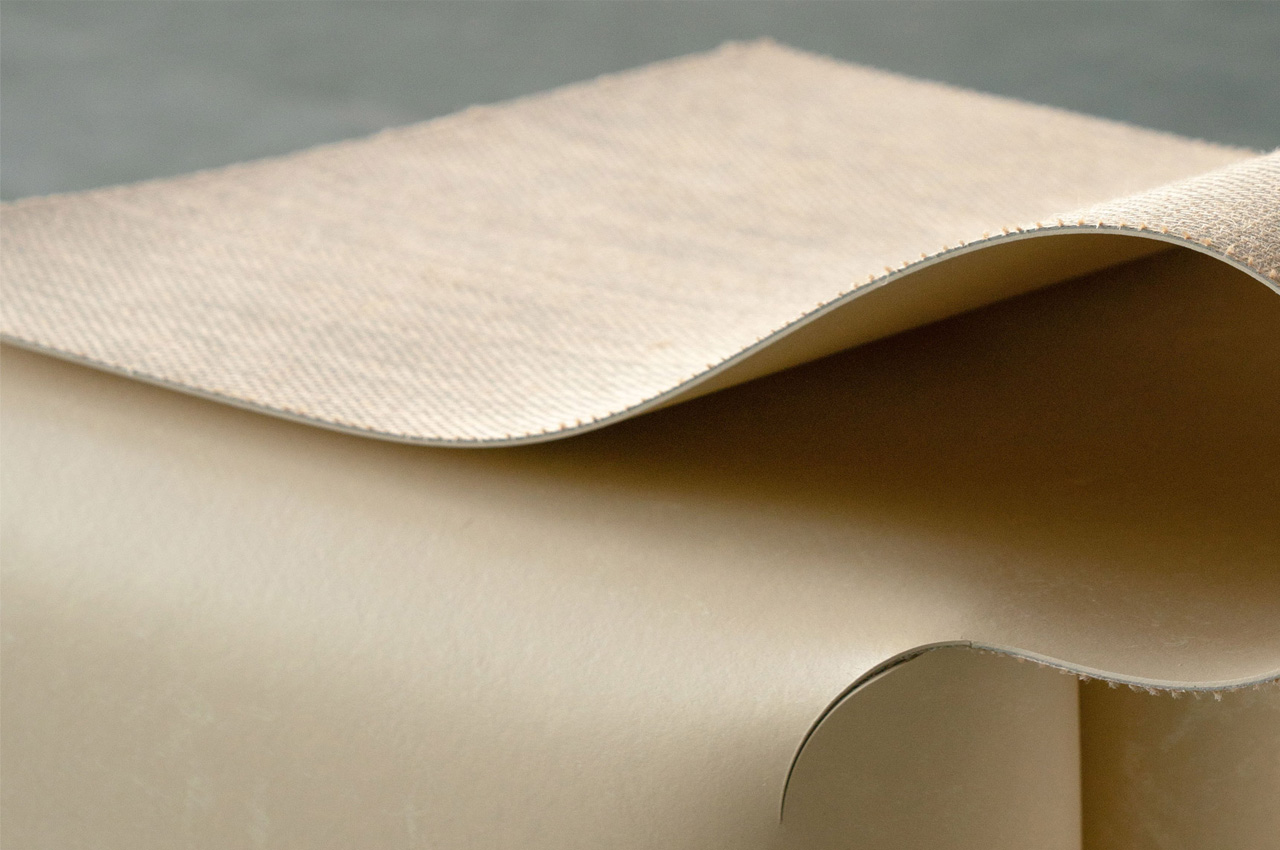 A graduate of Design Academy Eindhoven, Lina Chi decided to revamp the usage of linoleum – by creating a collection of curvy and quirky furniture designs built from single sheets of linoleum. Quite aptly named ‘Linoleum’, Chi hopes to reinvent the material and provide it with a new identity. Linoleum is a biodegradable material, created using a combination of biomaterials such as cork, wood dust, and limestone, which are further mixed with linseed oil, and then coated on a jute fabric backing. 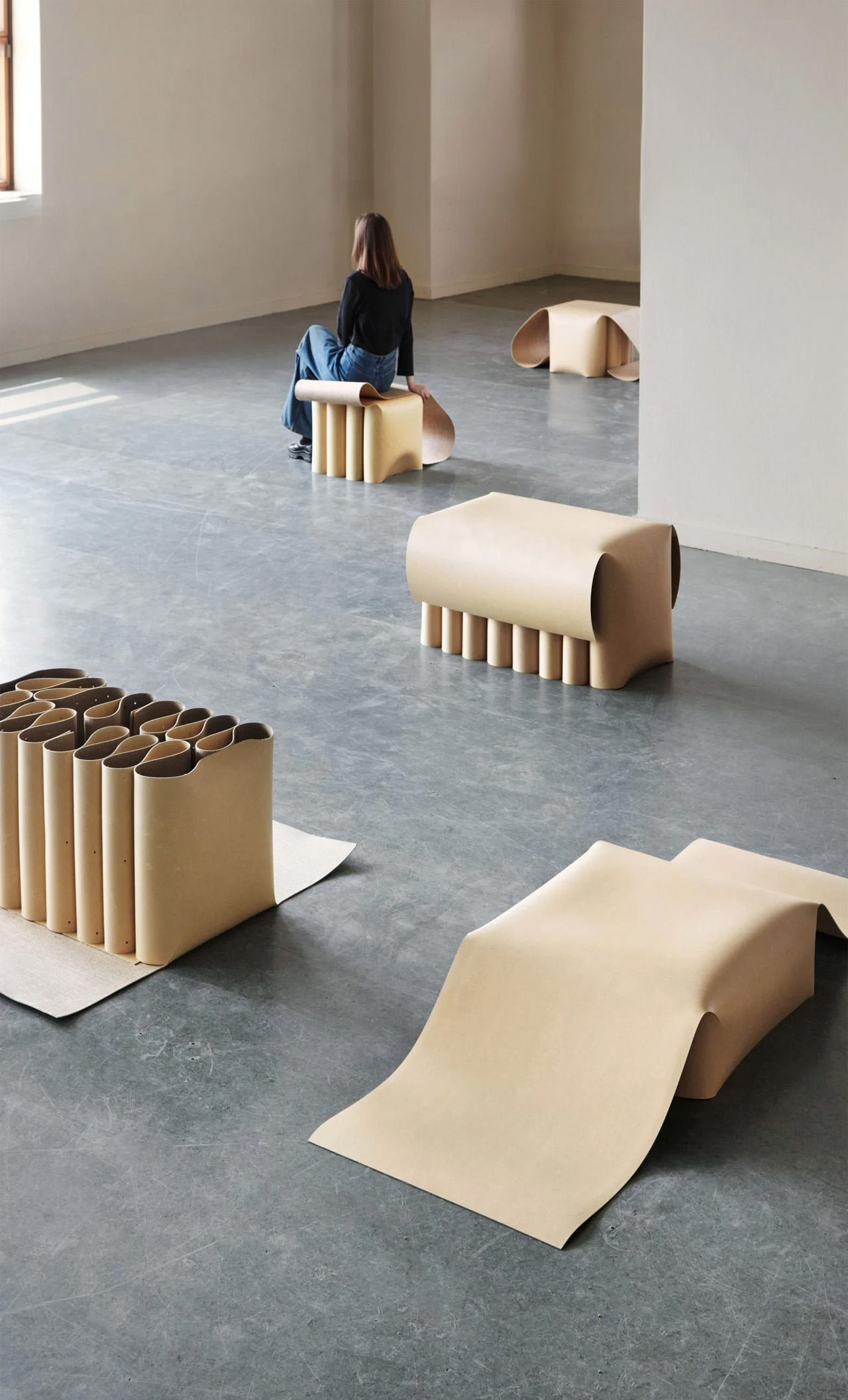 The Linoleum collection consists of a bench, two stools, and a low table. Linoleum is a material that has been existing for ages. It is primarily used as flooring, although it can be used as furniture.  It is a material that is quite common in spaces – such as schools, kitchens, and hospitals but is often mistaken to be plastic since they both have a similar appearance. Chi wanted to rebrand linoleum and present it in a new light. Her furniture collection seeks to function as a modern reinterpretation of the material, one in which its aesthetics and sturdiness are brought to light. 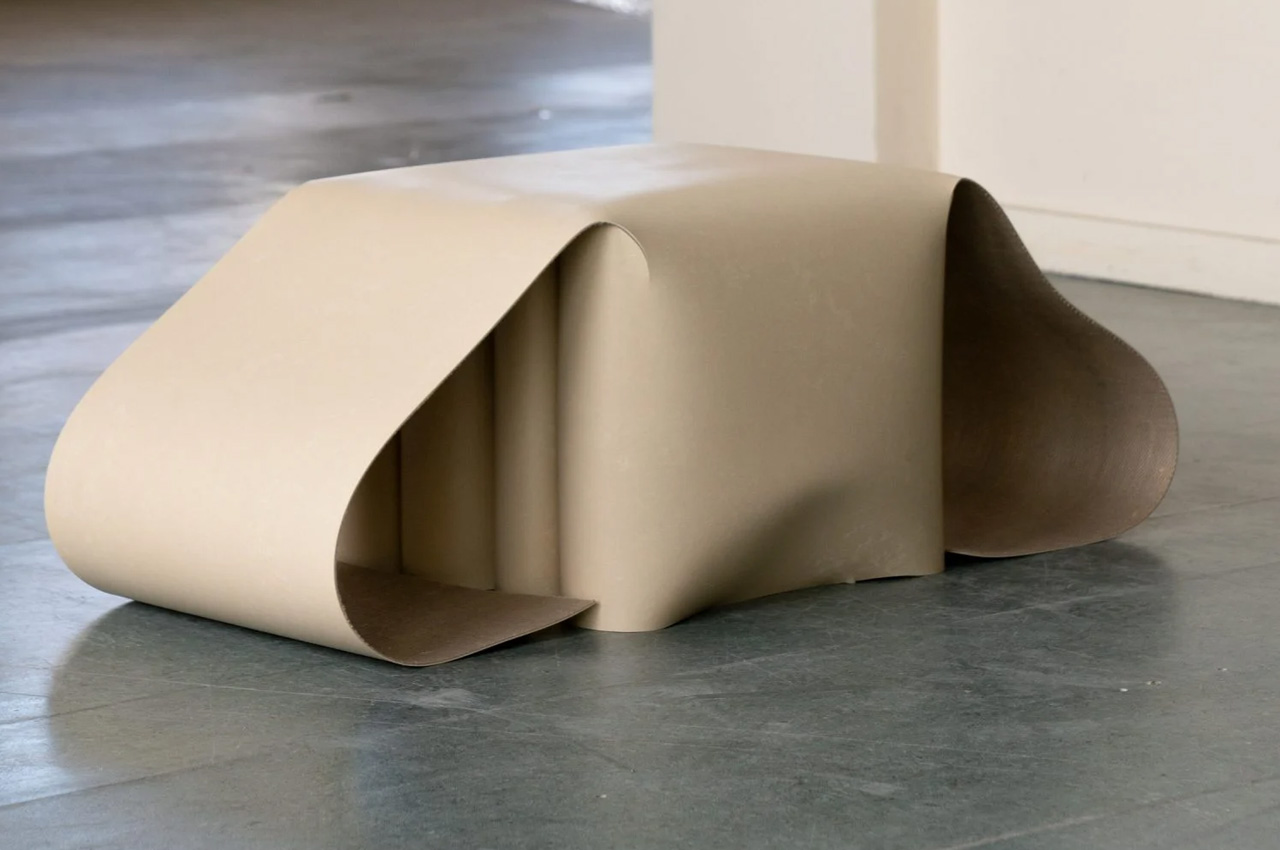 Chi teamed up with UK flooring manufacturer Forbo to experiment with how linoleum could be bent, curved, twisted, and played around with by hand. She wanted to create pieces that were sculptural, and quite visually pleasing. Although the material is water-and-fire resistant, she did want to make sure it was strong and durable enough to hold a person’s weight. To do so, she drew inspiration from the process used to make cardboard stronger – that is by adding a corrugated layer between two sheets of paper. 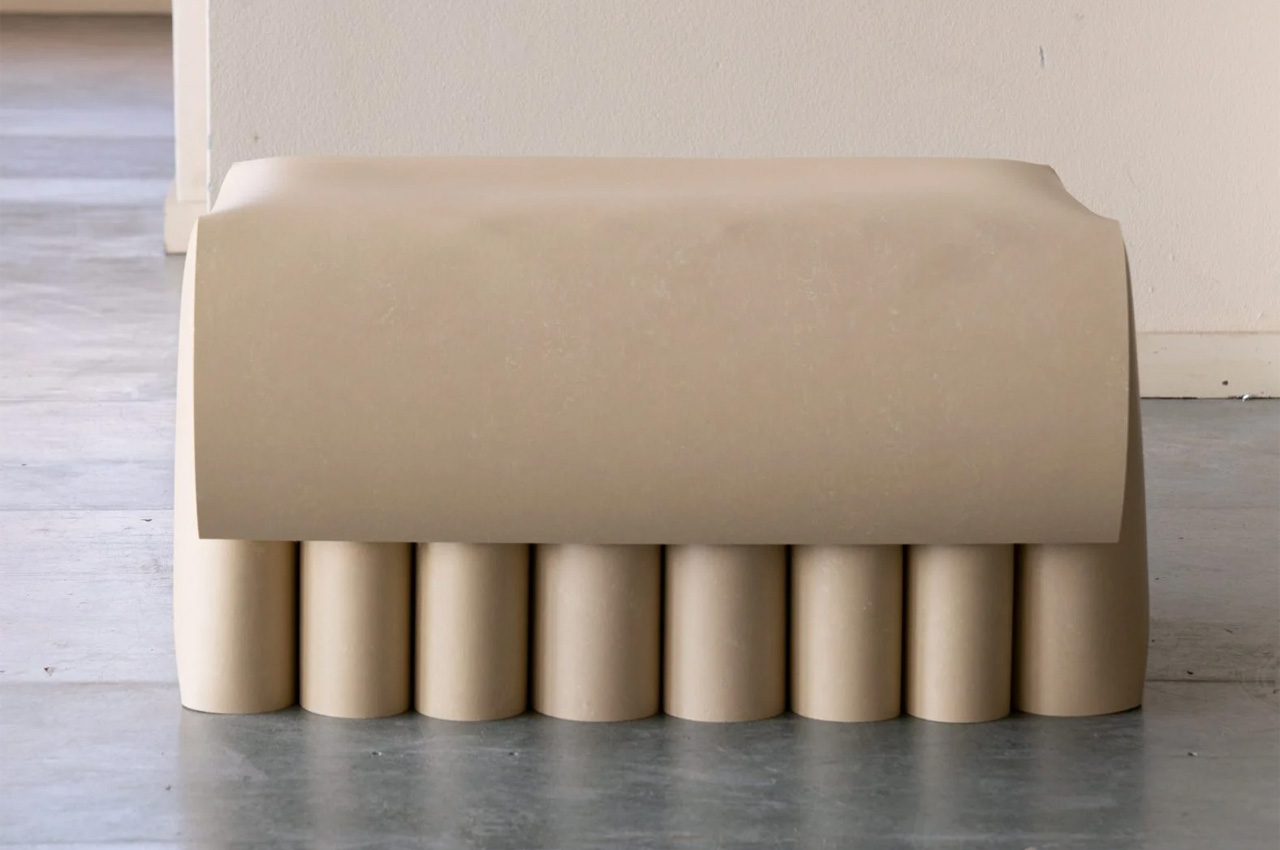 Chi bent and twisted a single sheet of linoleum by hand in a heated room, transforming it into a sculptural structure with beautifully curved flourishes, without the use of any adhesives or permanent bindings. “I realized that the tighter I was making the undulation of the linoleum, the stronger it was getting, and what is interesting is the linoleum changed with the heat of my body, but also the heat of the room,” said Lina.

Chi’s furniture collection is a rediscovery and reimagining of an extremely familiar material through unconventional and innovative methods. She hopes to inspire other designers to also experiment and play around with pre-existing materials, and impart them with a new identity, the way she did with linoleum. 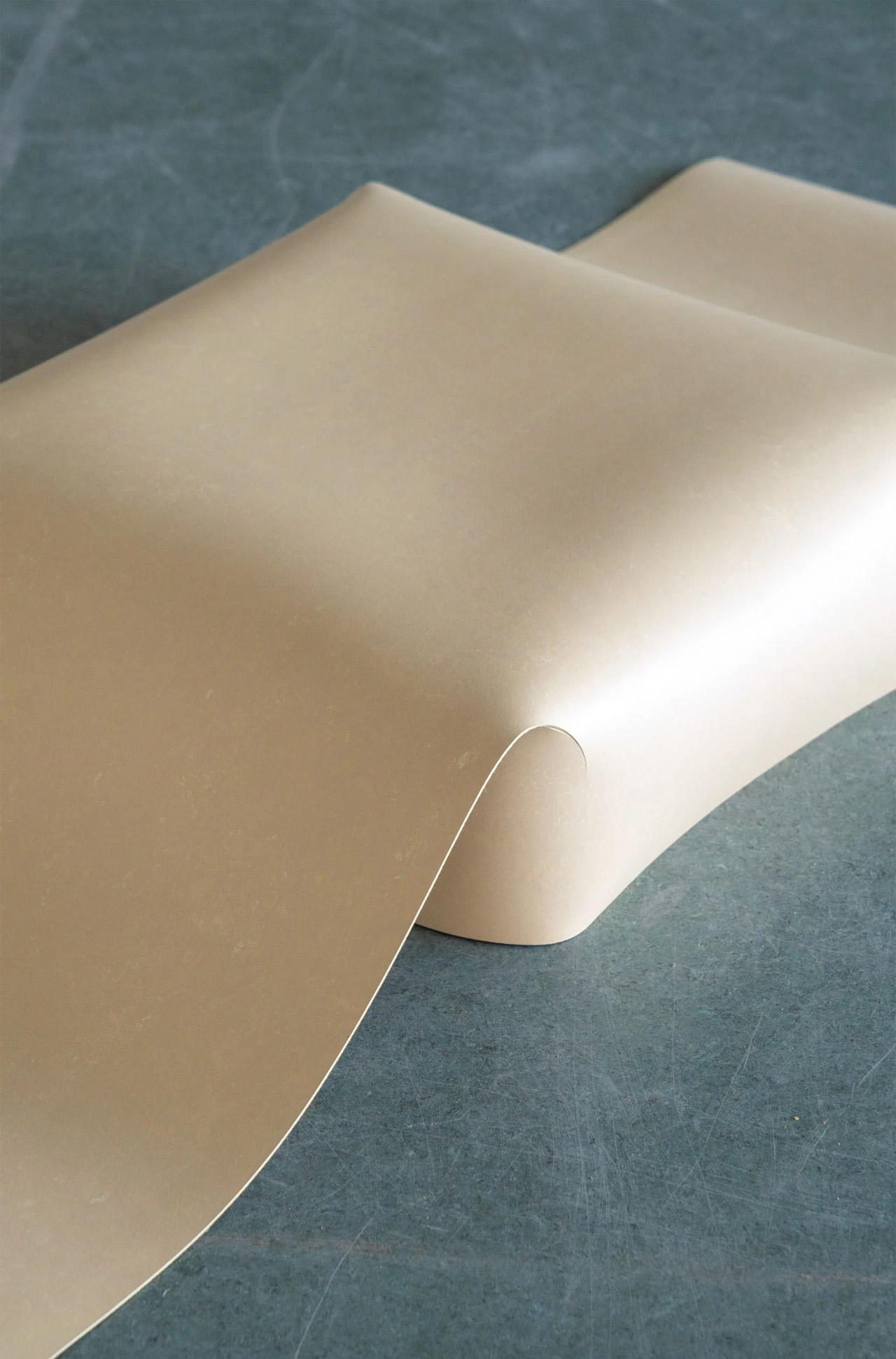 I’m loving this creative clock design by Shen Yuebo! Let’s say you need to set an alarm- simply draw a mark at the exact time…

Smart Chime is an intelligent washing machine that RF scans the clothing tags to see if the wash cycle is safe for them. Essentially it…