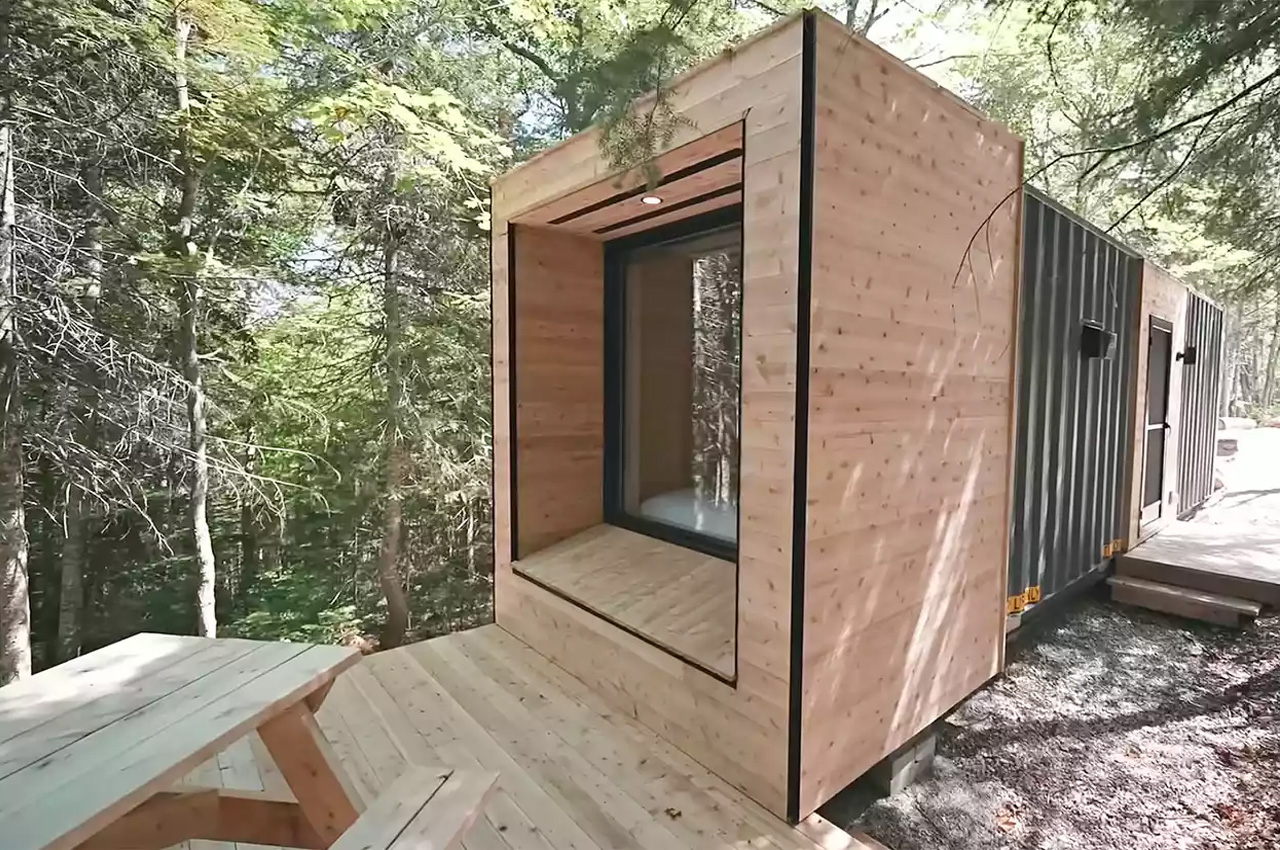 The utility of shipping containers in architecture is quite established now – whether for building shelters for homeless people, beautiful modern homes, or even cabins in the wood! And one such stunning seasonal cabin made from a repurposed shipping container is the Shiship Cabin by Repère Boréal. Shiship quite literally means ‘duck’ in the indigenous Innu language, and the cabin is located in Quebec, Canada. 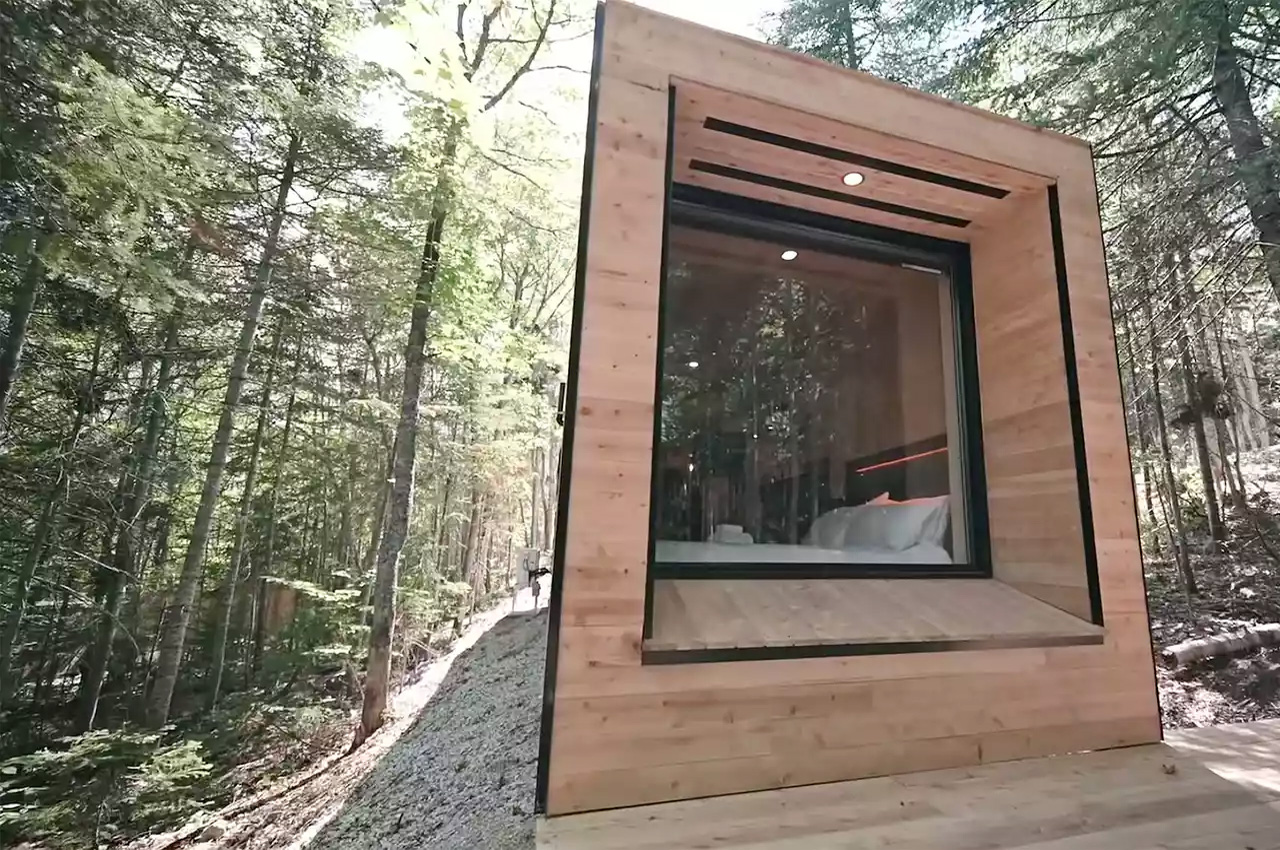 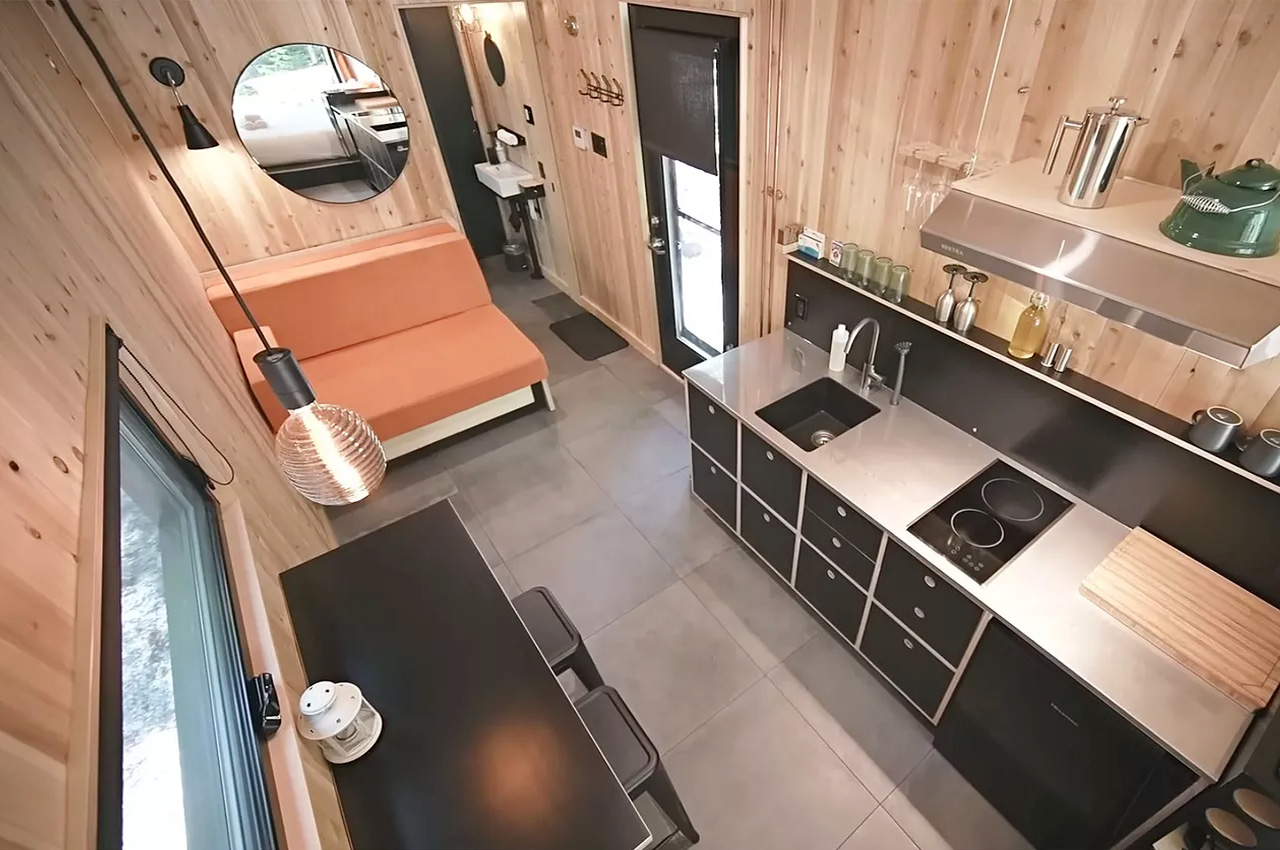 The 31-foot long and 8-foot wide cabin is the modern version of a wilderness cabin and has been packed with space-saving custom-made furniture designs, as well as other smart features. The exterior of the cabin has been clad with durable cedar wood planks, creating a thick frame, that provides a natural yet contemporary aesthetic to it. Once you enter the cabin via a door on the side, you are welcomed by the central space of the home, which includes a kitchen and a bed on one side, a bathroom on the other side, and a living room in the middle. 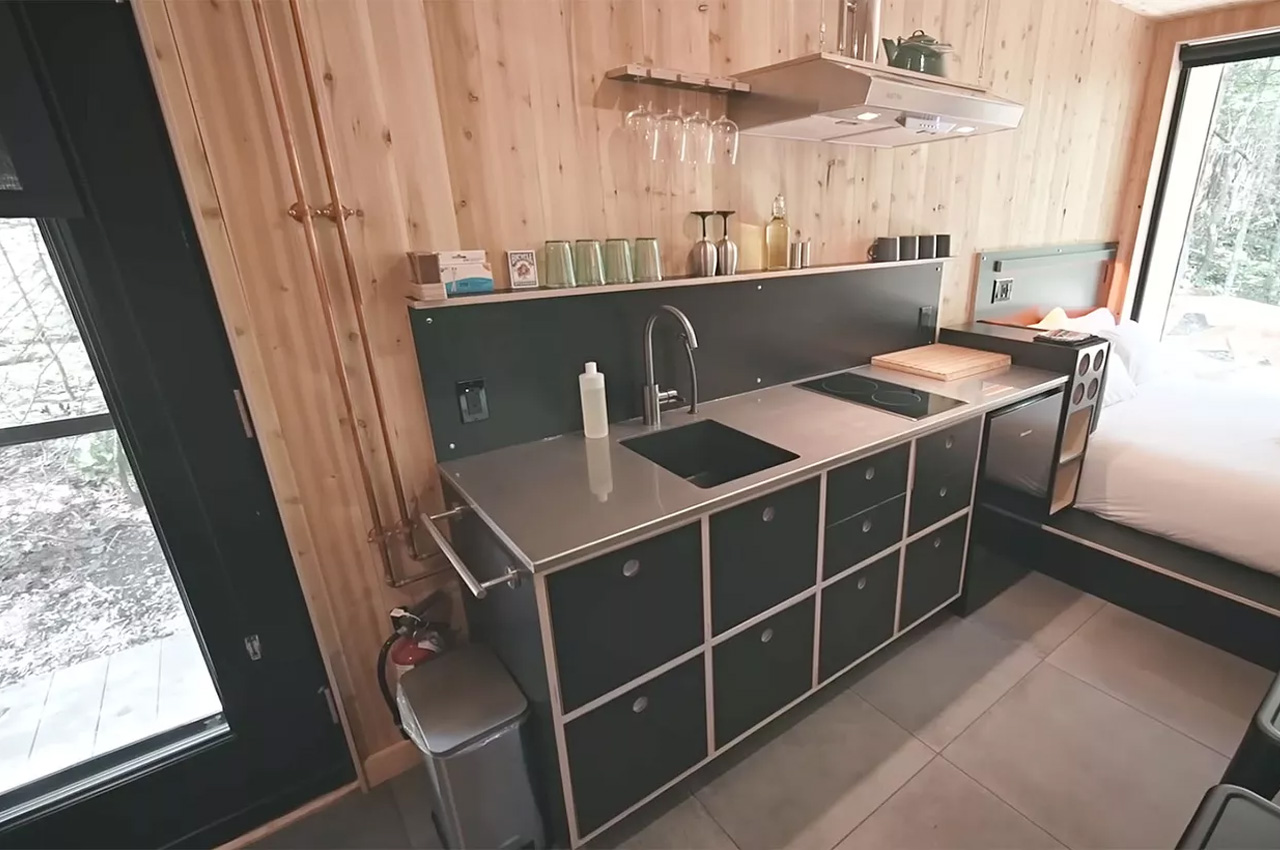 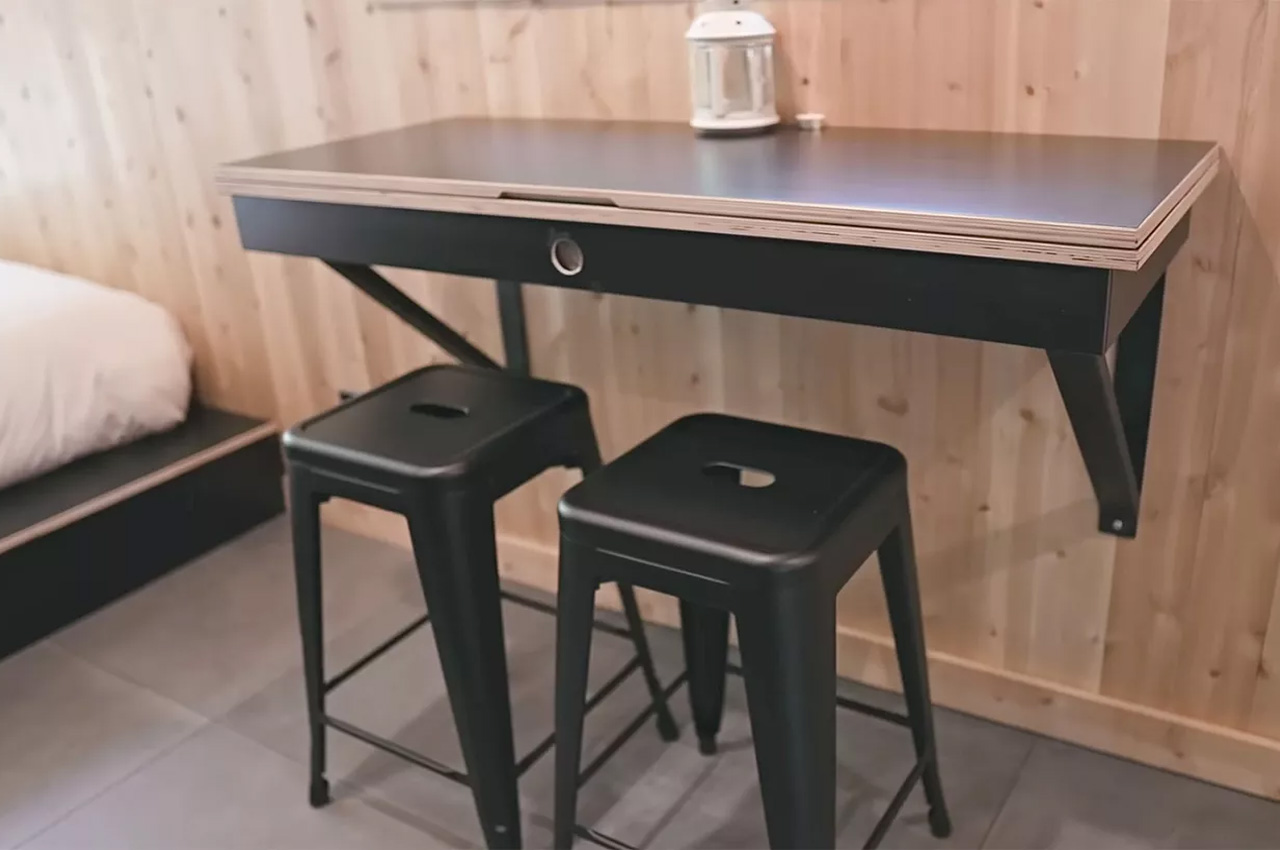 The open-concept cabin features a kitchen with an interesting black and steel theme, which is followed through by the under-mounted black granite sink, and the black-colored backsplash that runs through the counter. The kitchen and bed have a subtle connection in the form of a built-in wine rack, which also functions as a night table, hence uniting the two spaces. A custom-made table that can expand is placed directly opposite the kitchen. Once you pull it out, it transforms from a two-person table to a four-person table. You can also add the two folding chairs which are stored under the sofa. 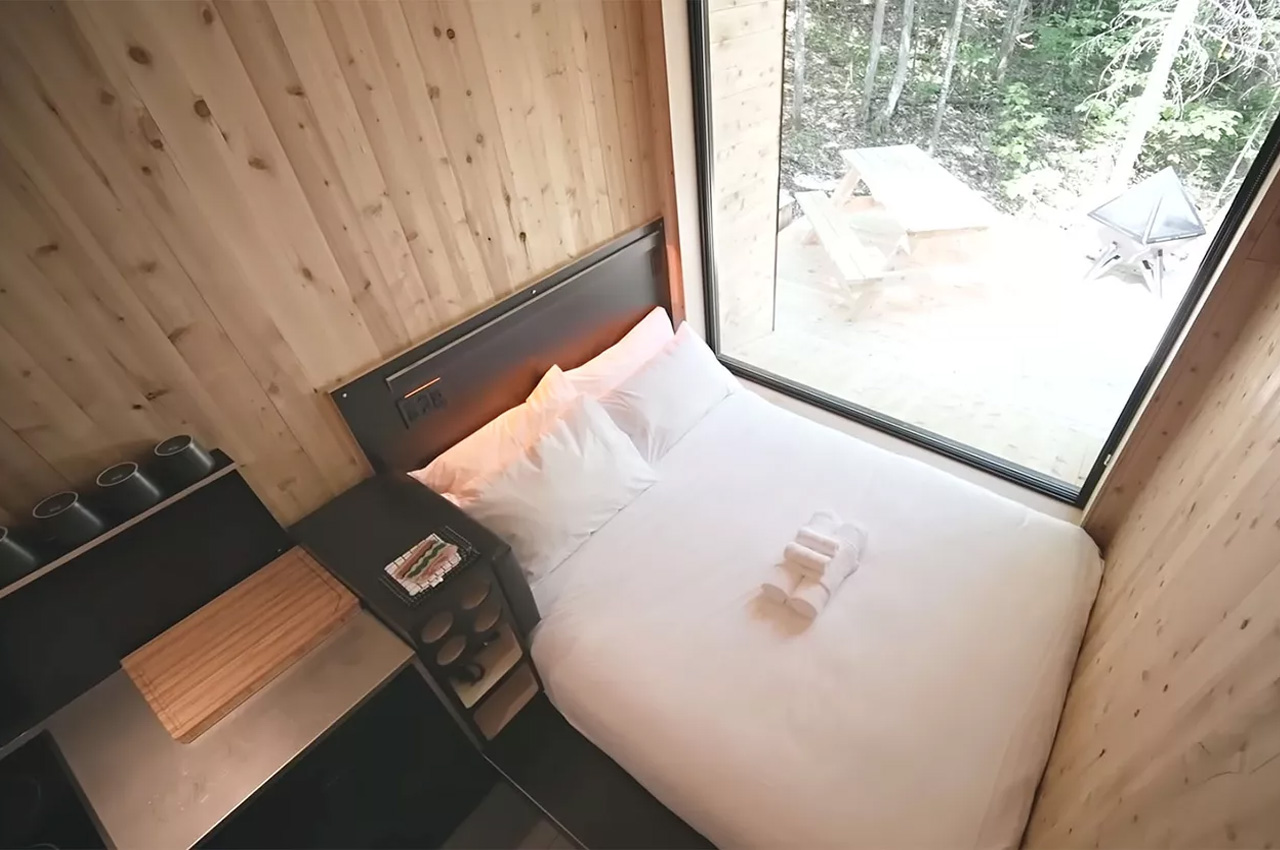 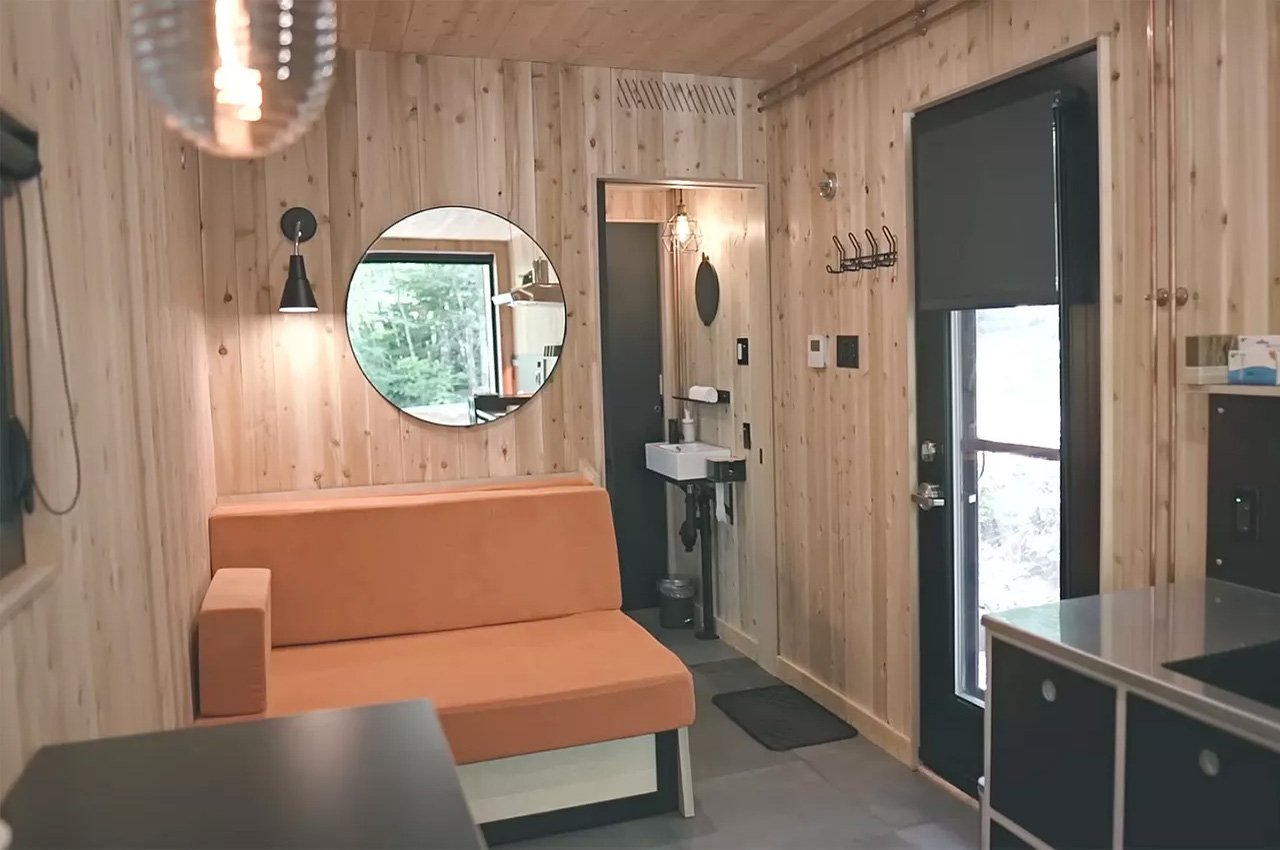 The comfortable queen-sized bed is placed alongside a window, providing you with impressive views when you wake up, and when you fall asleep. The living room, on the other hand, has been equipped with a built-in sofa, with a slide-out drawer underneath, that can be used to store items such as chairs, blankets, or more. The bathroom includes a sink, a flush toilet connected to a septic system, and a glass-walled shower with a tall window.

The Shiship cabin is proof of how a shipping container can be repurposed into a beautiful place to relax and unwind. It is cozy, comfortable, and smartly designed, and you can rent it for a night at $142! 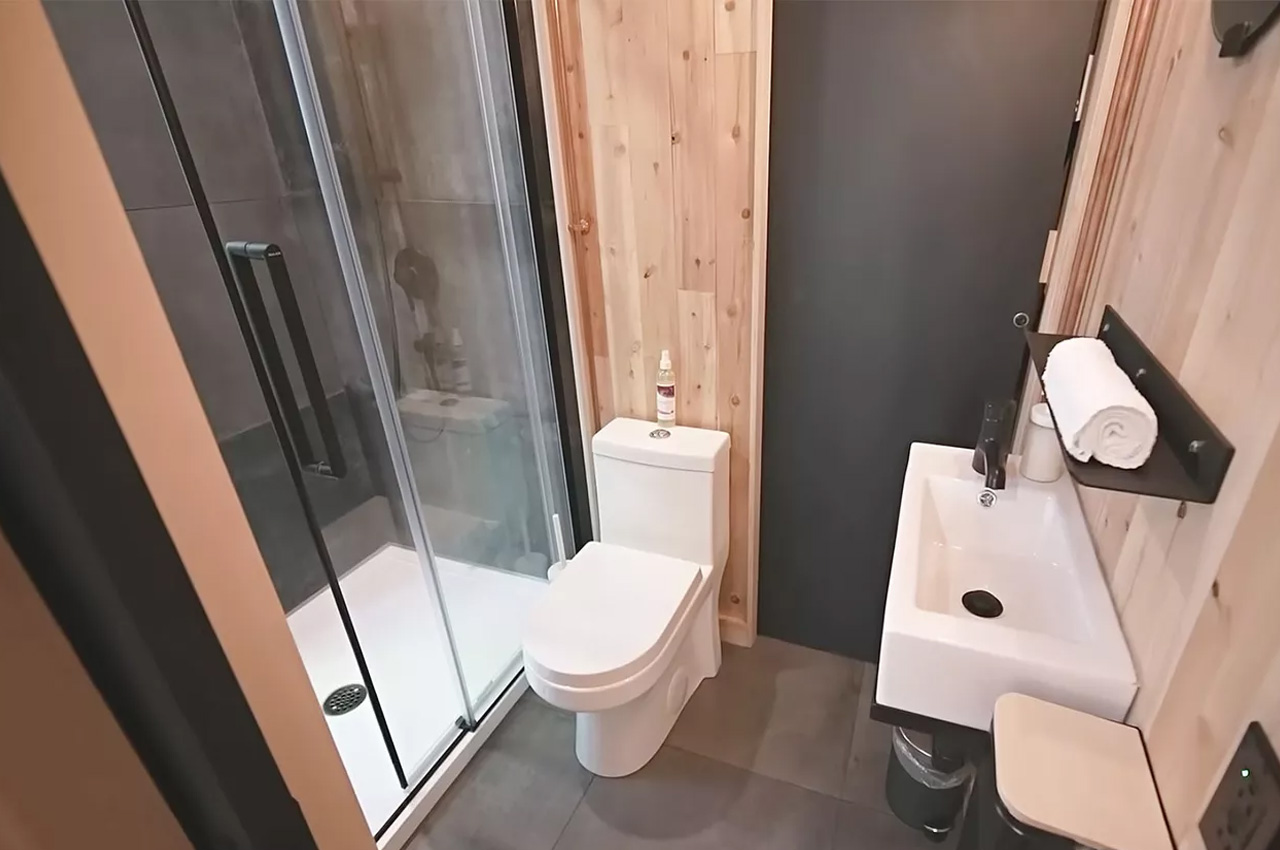 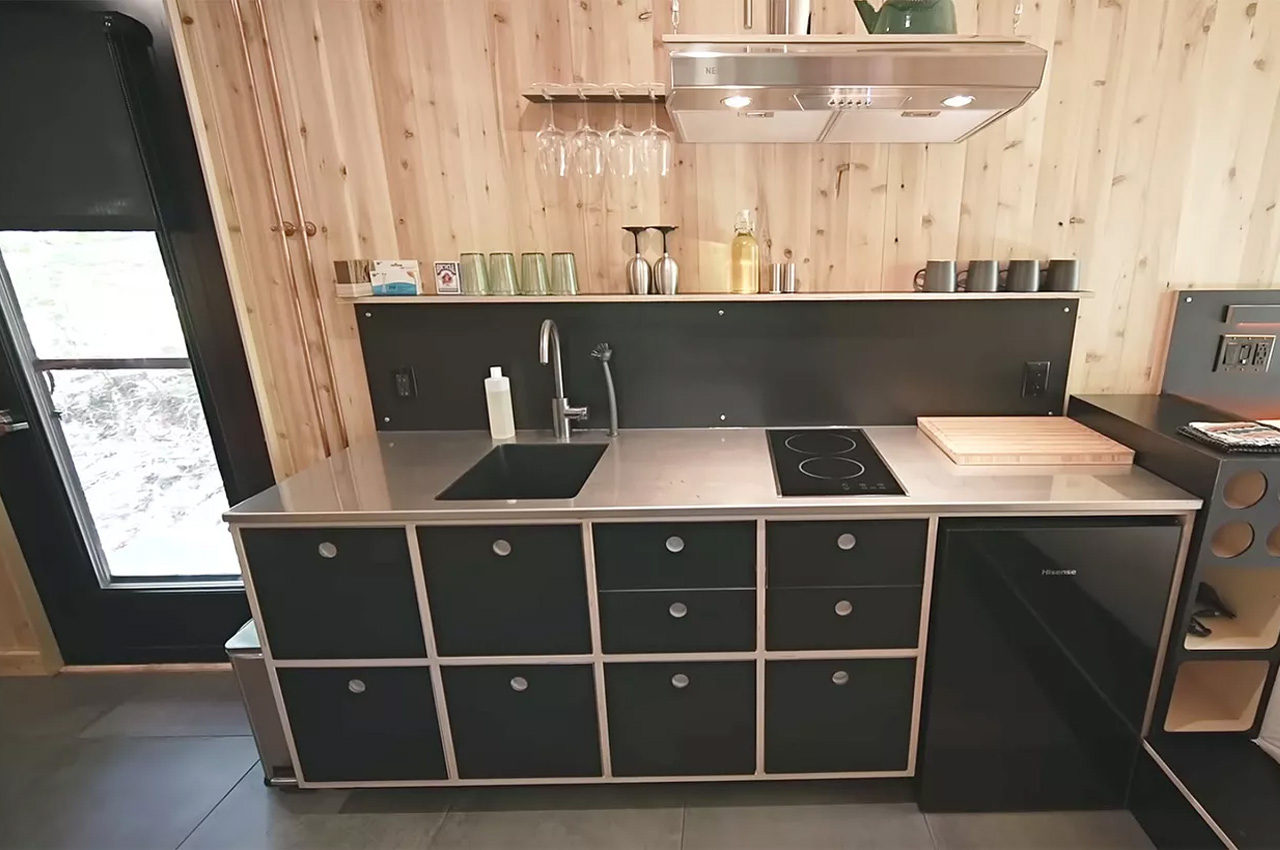 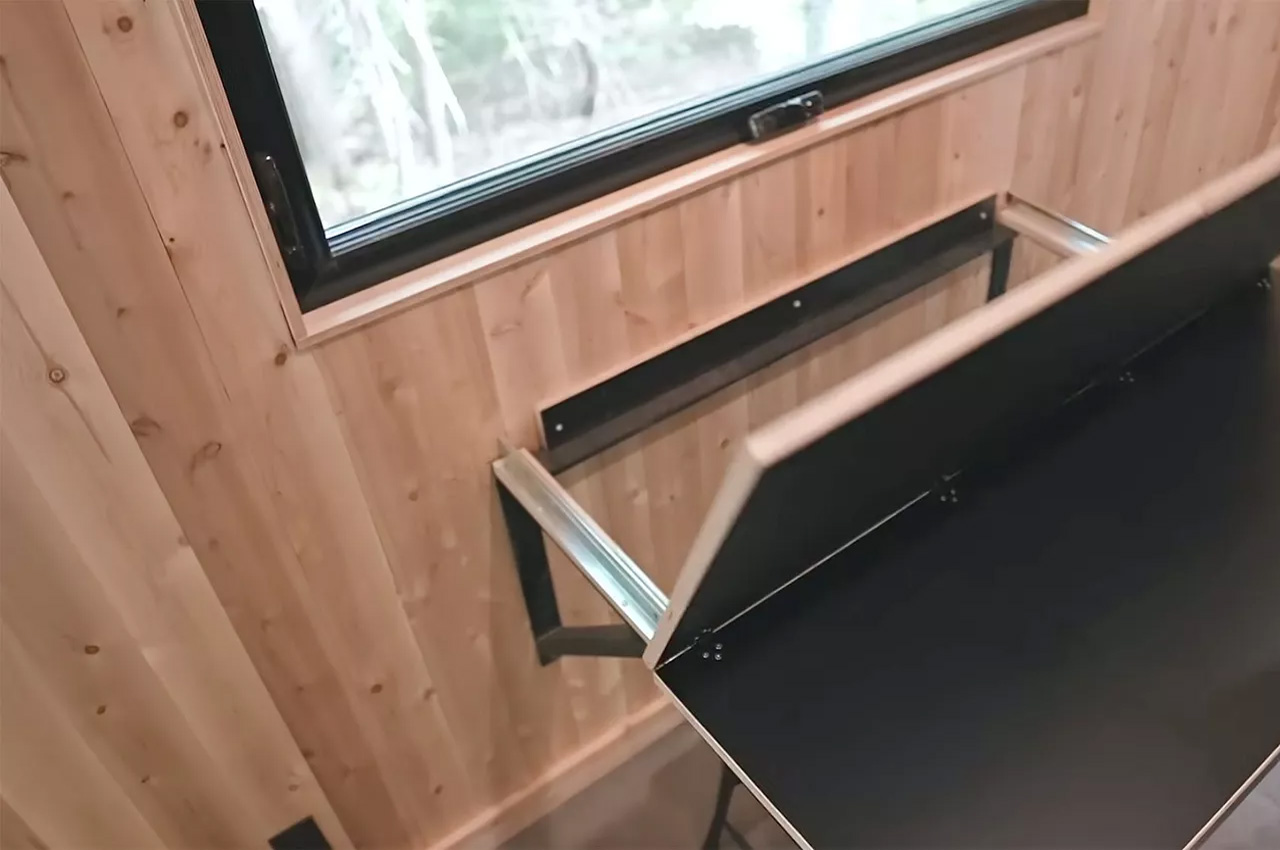 Home gardening is difficult enough as it is, but it gets even trickier when you live in small city quarters. With city living’s and home…