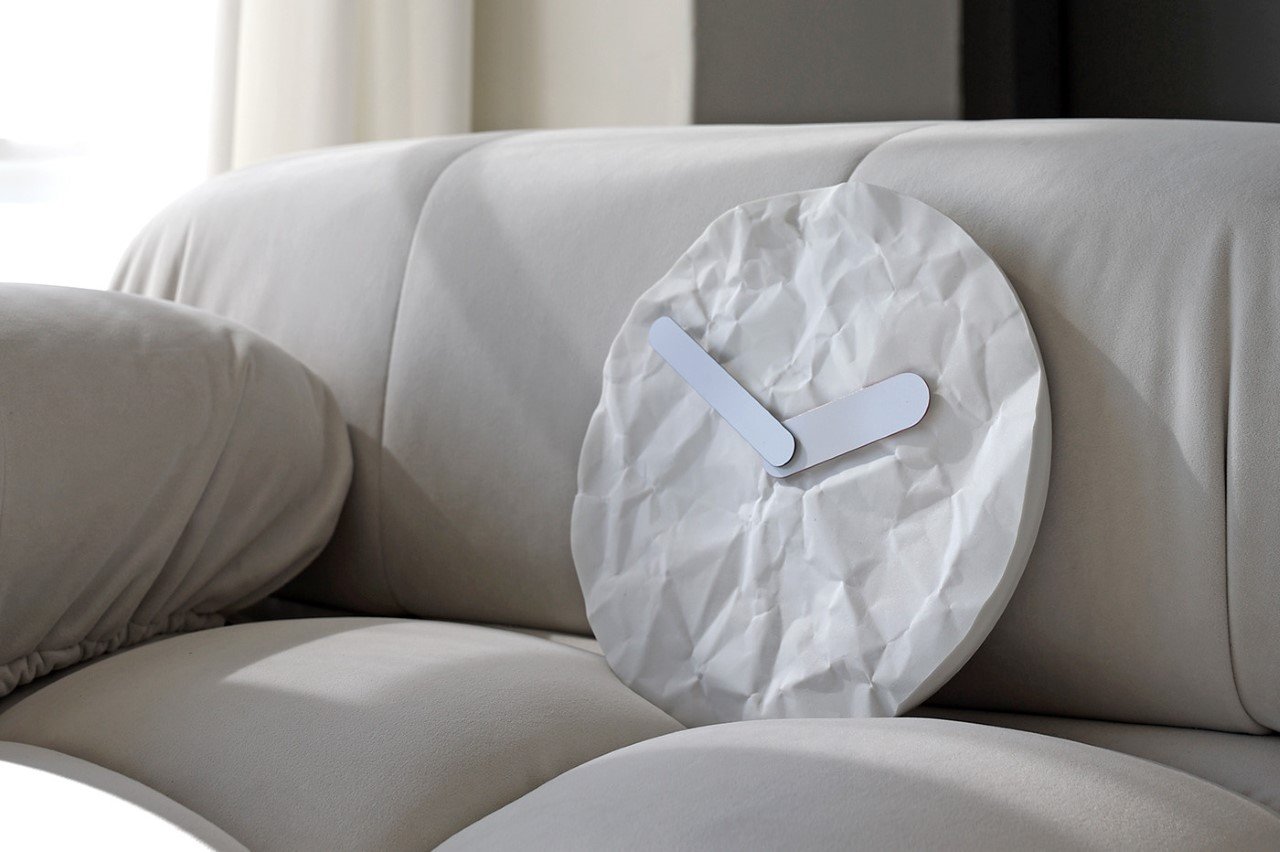 With no markings and with hands that are exactly the same color as the clock’s body, the only way the Crinkle Paper X CLOCK tells the time is by using dramatic lighting. The timepiece comes with an aggressively textured body looking almost like crushed paper, atop which sit pristine, flat-surface hands. To tell the time, all you have to do is look for the flat surface against the crinkled crushed one. Boasting of an experience unlike any other, the Crinkle Paper X CLOCK is best kept in a place that receives dramatic light, for the most rewarding time-telling experience! 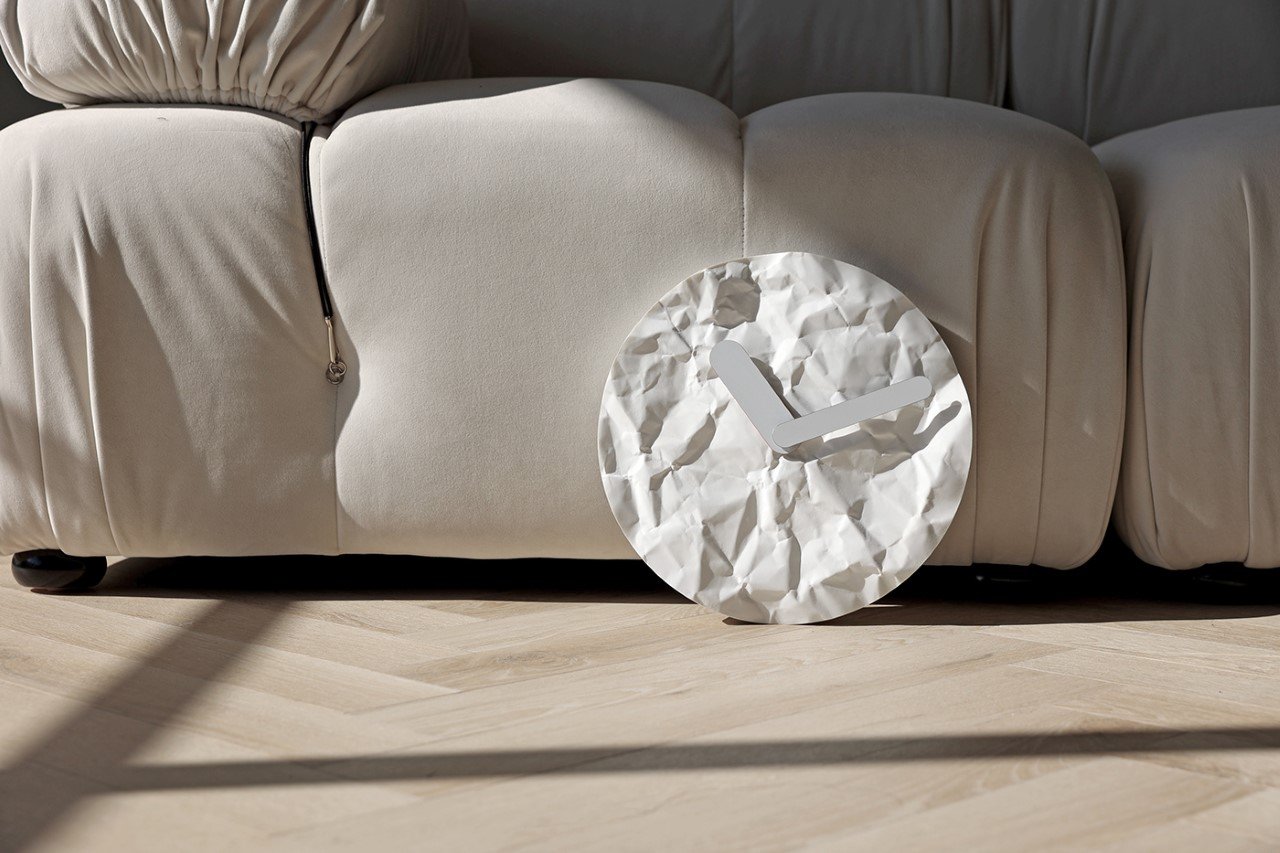 There’s an elegance to the Crinkle Paper X CLOCK’s design that makes it almost unintuitive to use. Most clocks try to present the time in a way that’s easier to read, but the Crinkle Paper X CLOCK does no such thing. Instead, it actively makes you spend more time trying to figure out the time. You’re forced to stare at the clock for a little longer than necessary, and as a result, you end up admiring its details, appreciating the texture, and the contrast the texture brings. 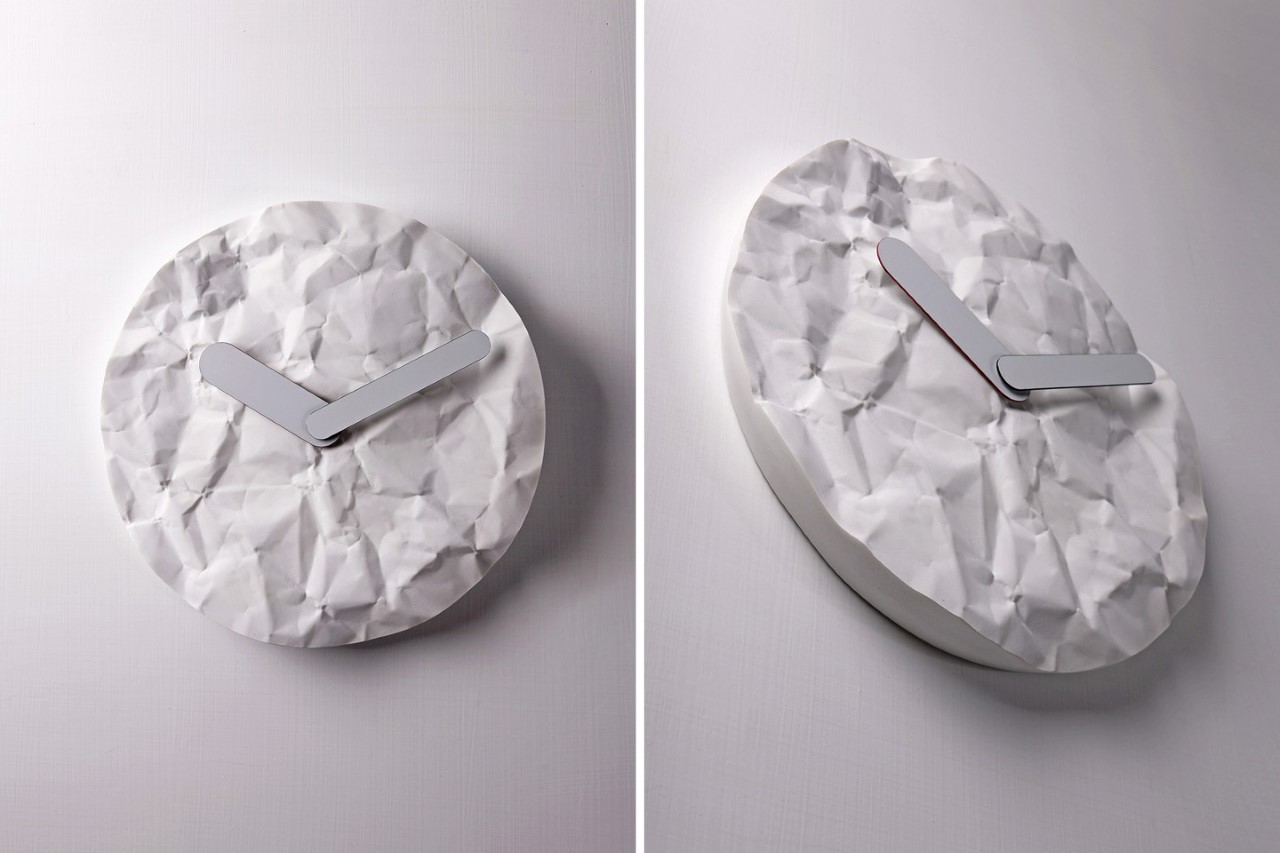 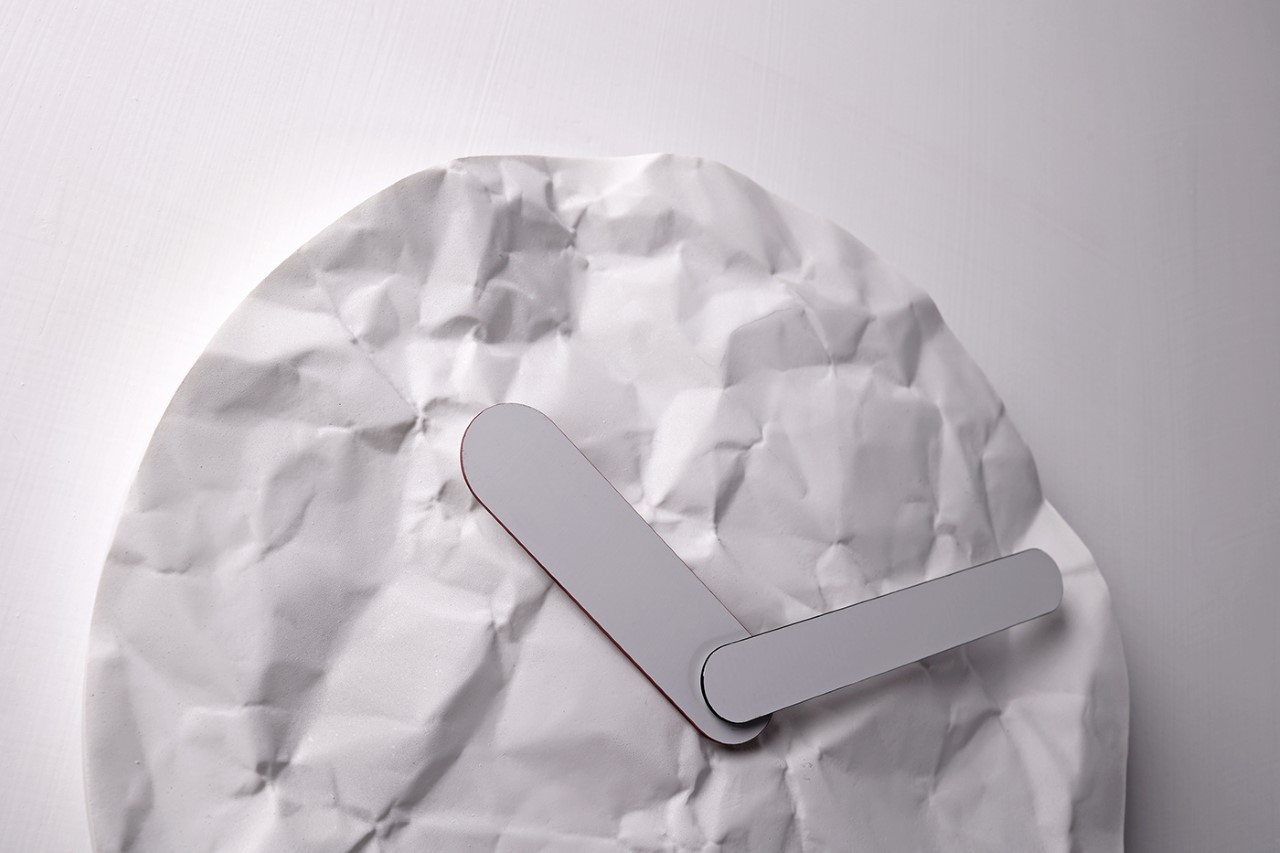 The clock’s white-on-white design is minimalism at its best, although this is the kind of minimalism that directly clashes with utility. It isn’t possible to read the time under quite a few scenarios, and chances are you’ll find yourself walking over to the clock to get a clearer view… but therein lies the Crinkle Paper X Clock’s beauty. It forces you to stop and take stock of your life, to take an extra few seconds and breathe instead of rushing through the day. 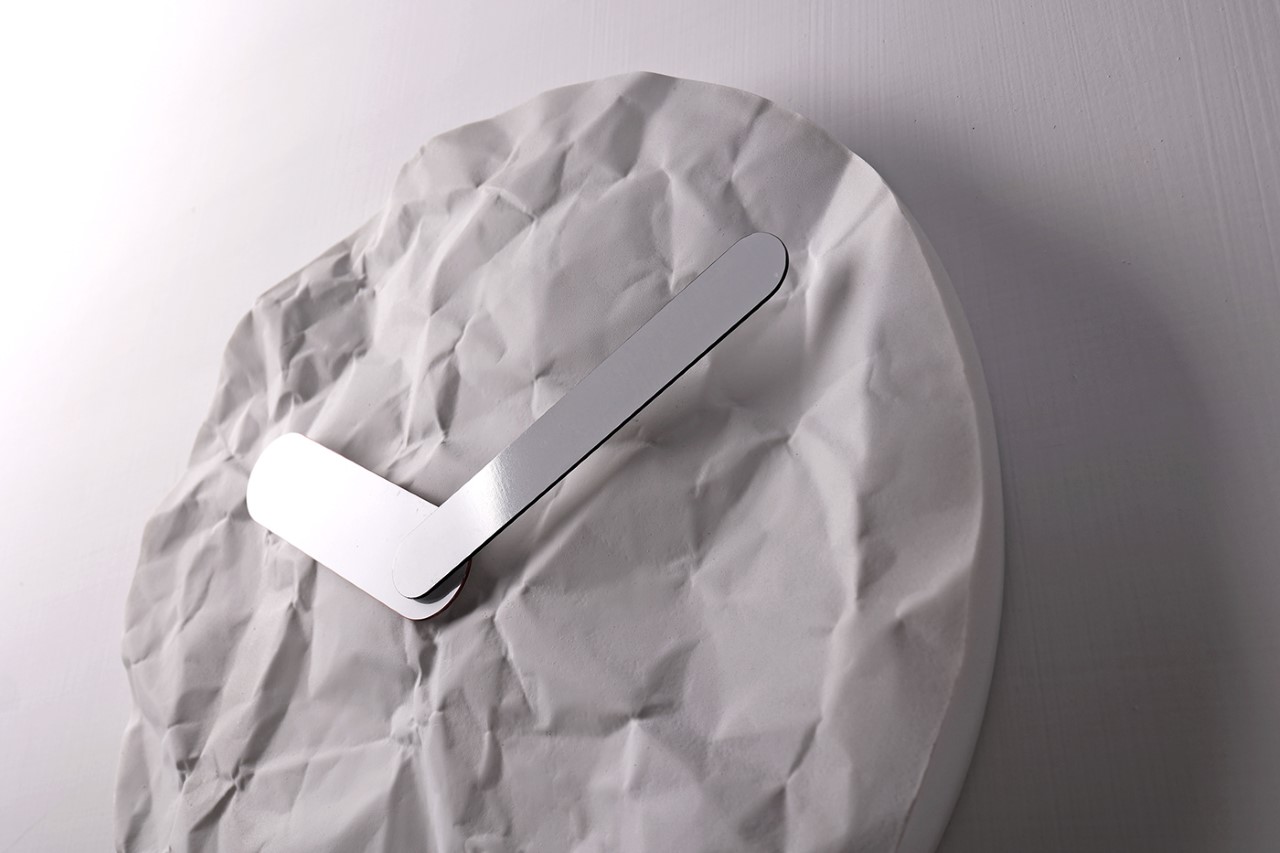 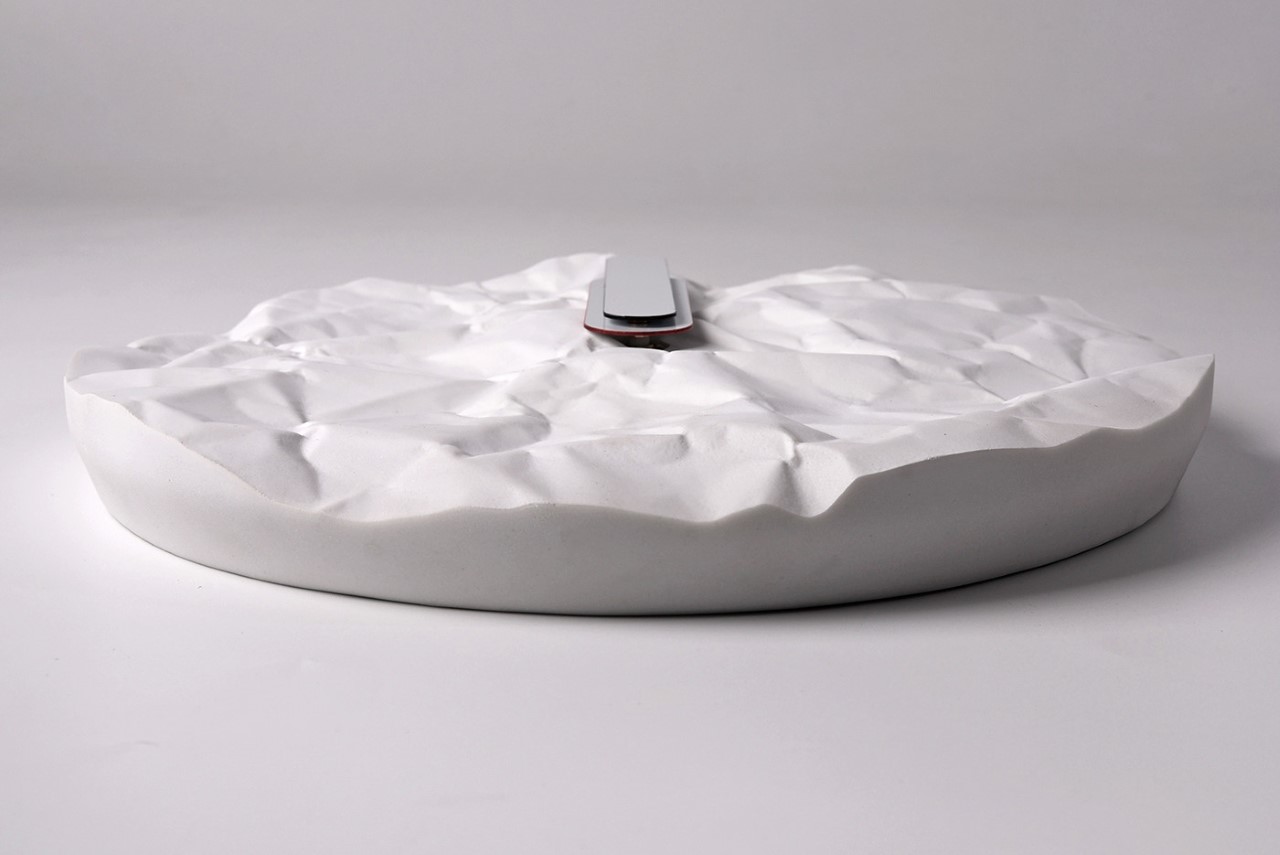 The wall clock comes with a body crafted from resin and paper pulp. This combination of materials is what gives the Crinkle Paper X Clock its unique translucency that feels extremely paper-like. Two flat-cut plastic hands sit on top, rotating to tell the time against the highly textured background. 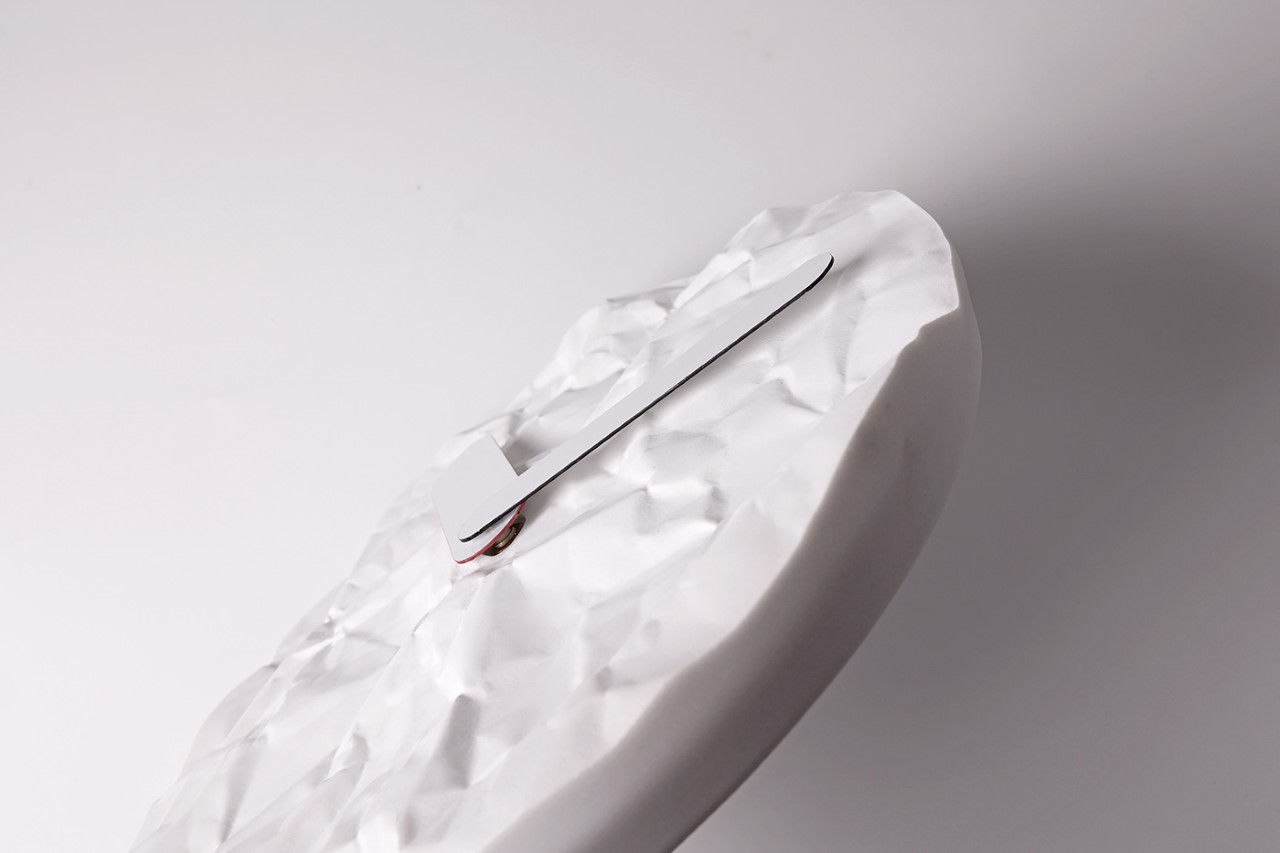 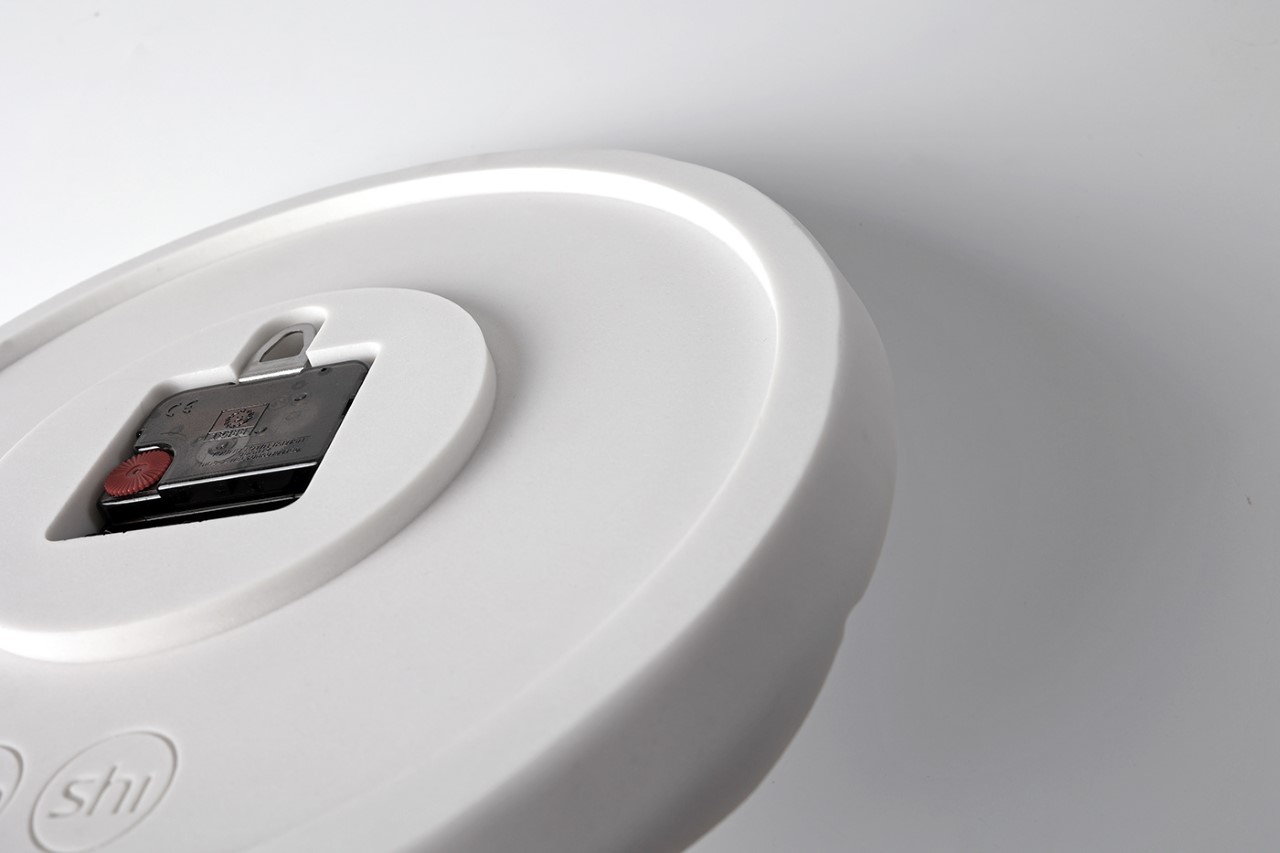 This isn’t Taiwan-based haoshi design‘s first foray into the timepiece area. Known for its quirky designs that make use of animals, haoshi’s worked on wonderful wall clocks that incorporate birds into them, and even goldfish! 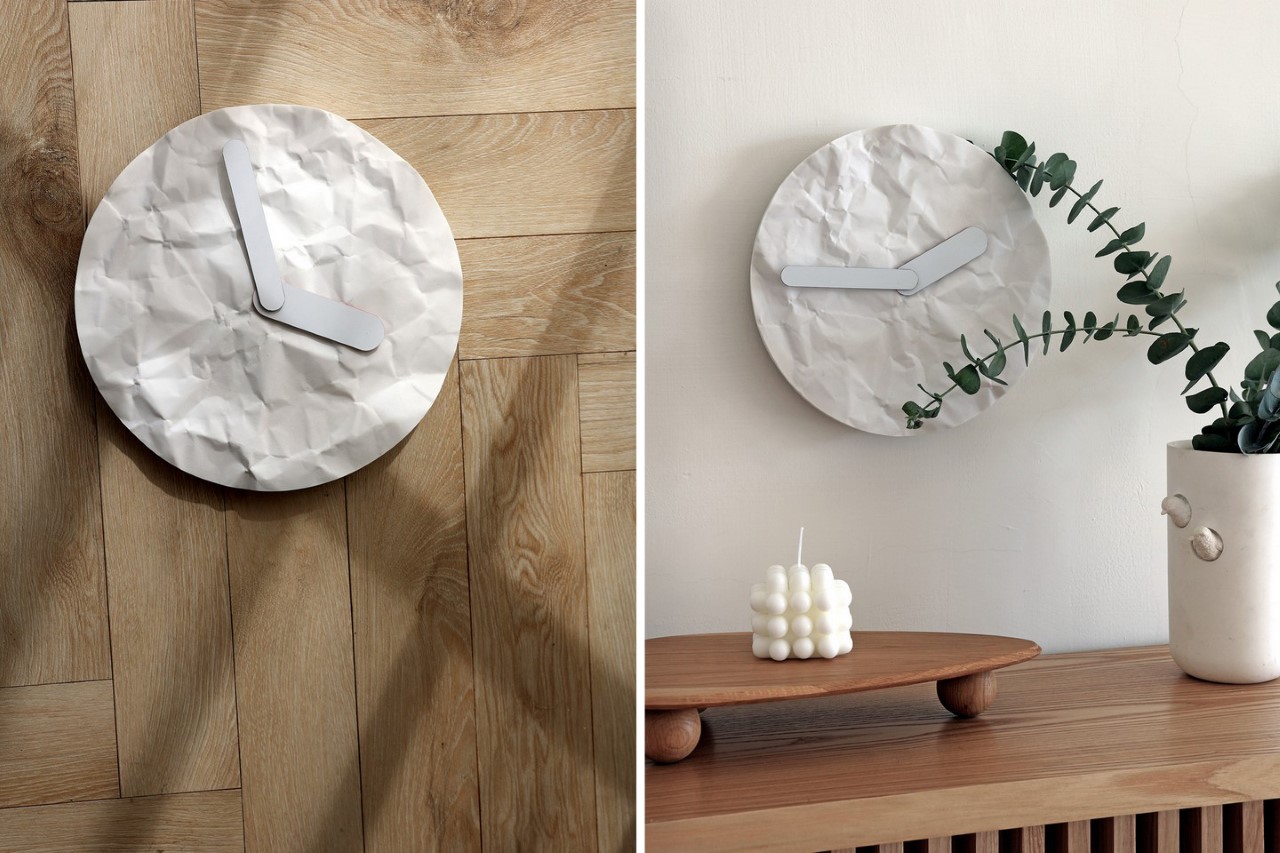 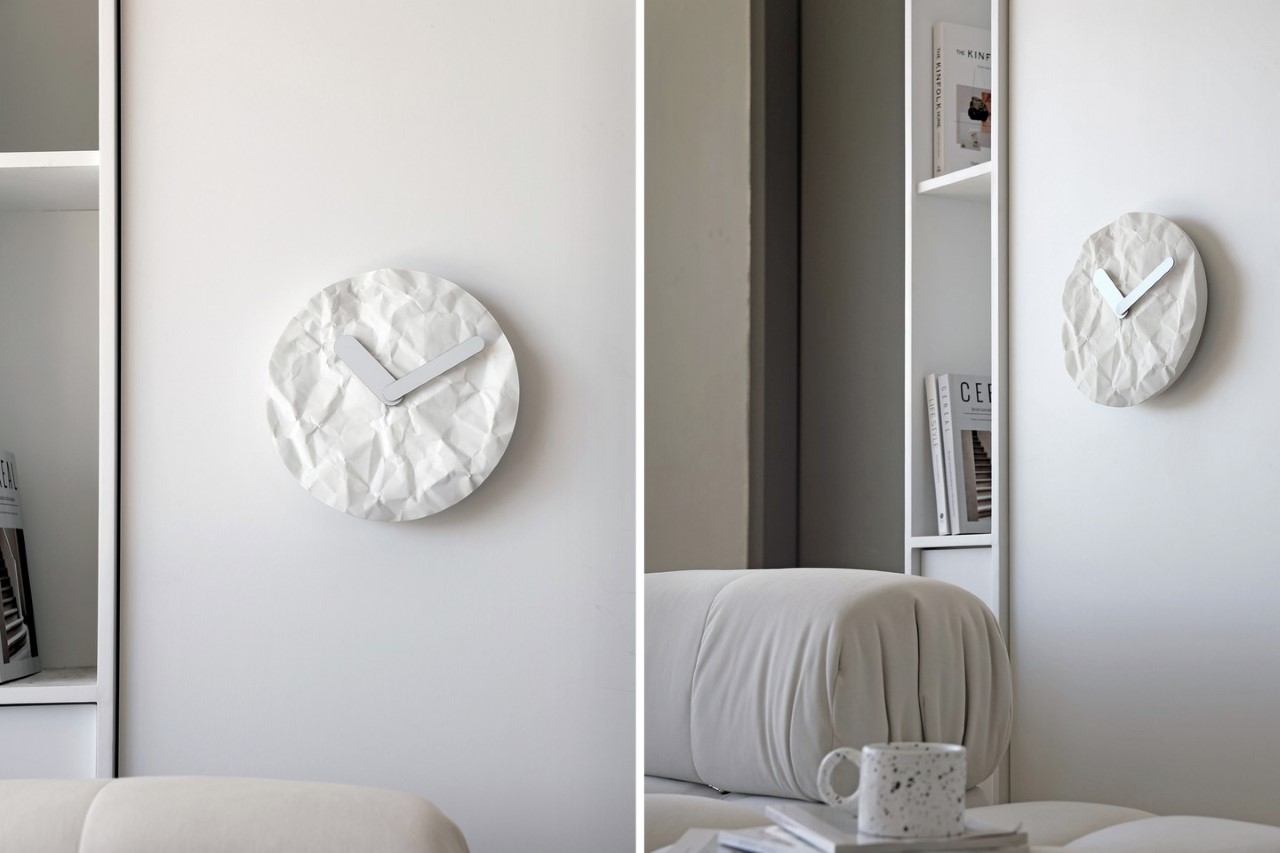 The greatest lamp since sliced bread!

Bread is quite an inspirational piece of food. It lends itself to almost any cuisine. However, saying that bread is inspirational to Lighting Design sounds…

A wallet that’s perfectly shaped for your pocket

The Front Pocket Wallet by Rogue Industries comes in a shape that’s all too familiar. Designed to fit perfectly into your front pocket, the wallet…

Lasers on my Wrist, PEW PEW!

The Elusive concept watch came by way of an intern at Dassault Systemes because we totally support the newbies. Yes it’s minimalistic but actually pretty…

Clutter-free doesn’t have to mean feature-less, especially if you have the multi-functional modular MagOrg Desk Mat on top. Keeping our desks organized is as much…