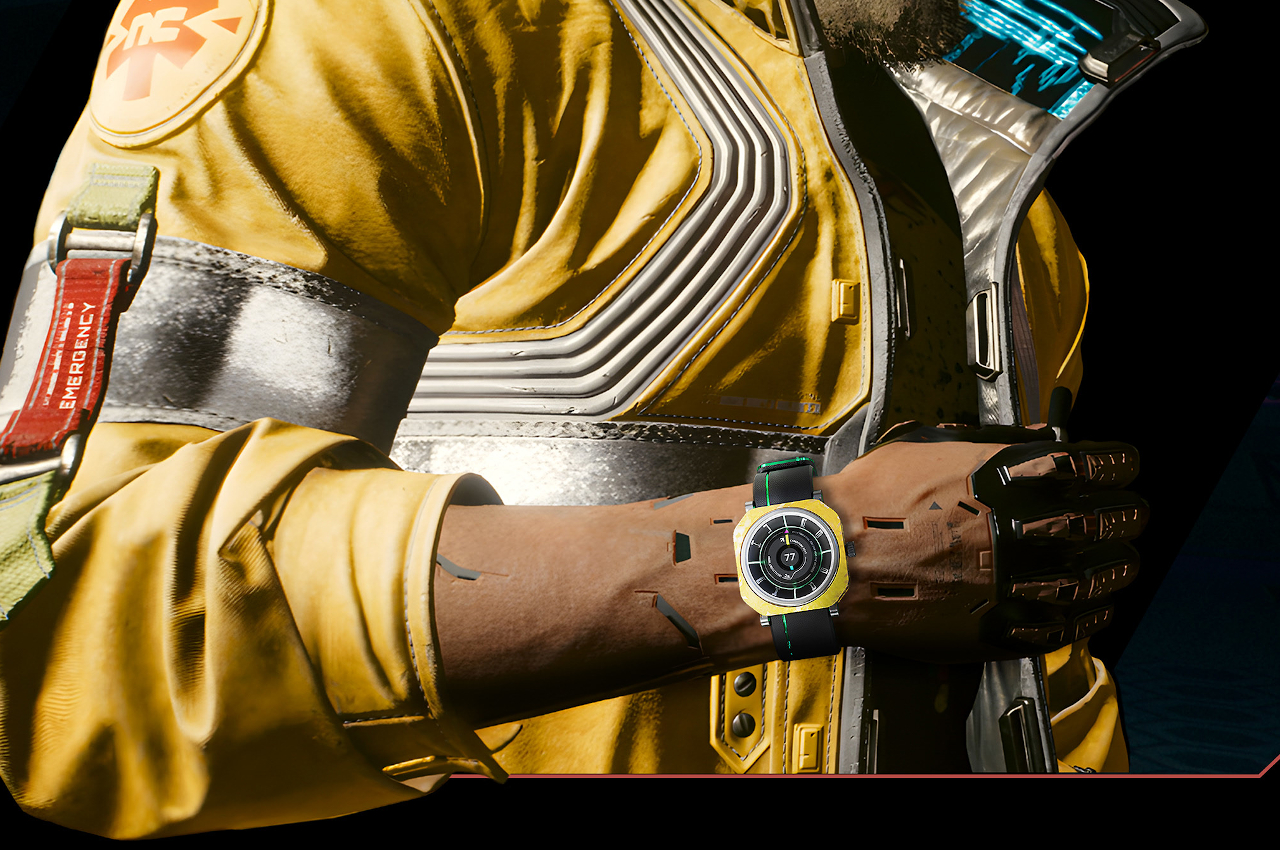 Thanks to a certain video game and its recent animated Netflix tie-in, the cyberpunk style has become trendy again. Industrial designs mixed with glowing neon colors portray a vision of the future that is a little too bleak for comfort but almost realistic in its probability. As a genre, cyberpunk is set in a dystopian future where technology has advanced significantly but has left human morality and evolution behind in its dust. Many product designs and concepts today that tap into that style try to convey the spirit of this age through various gimmicks, many of them as advanced as the technologies they try to represent. This watch, inspired by the Cyberpunk 2077 game, however, bucks the trend and embraces one of the oldest yet most sophisticated ways to tell the time. 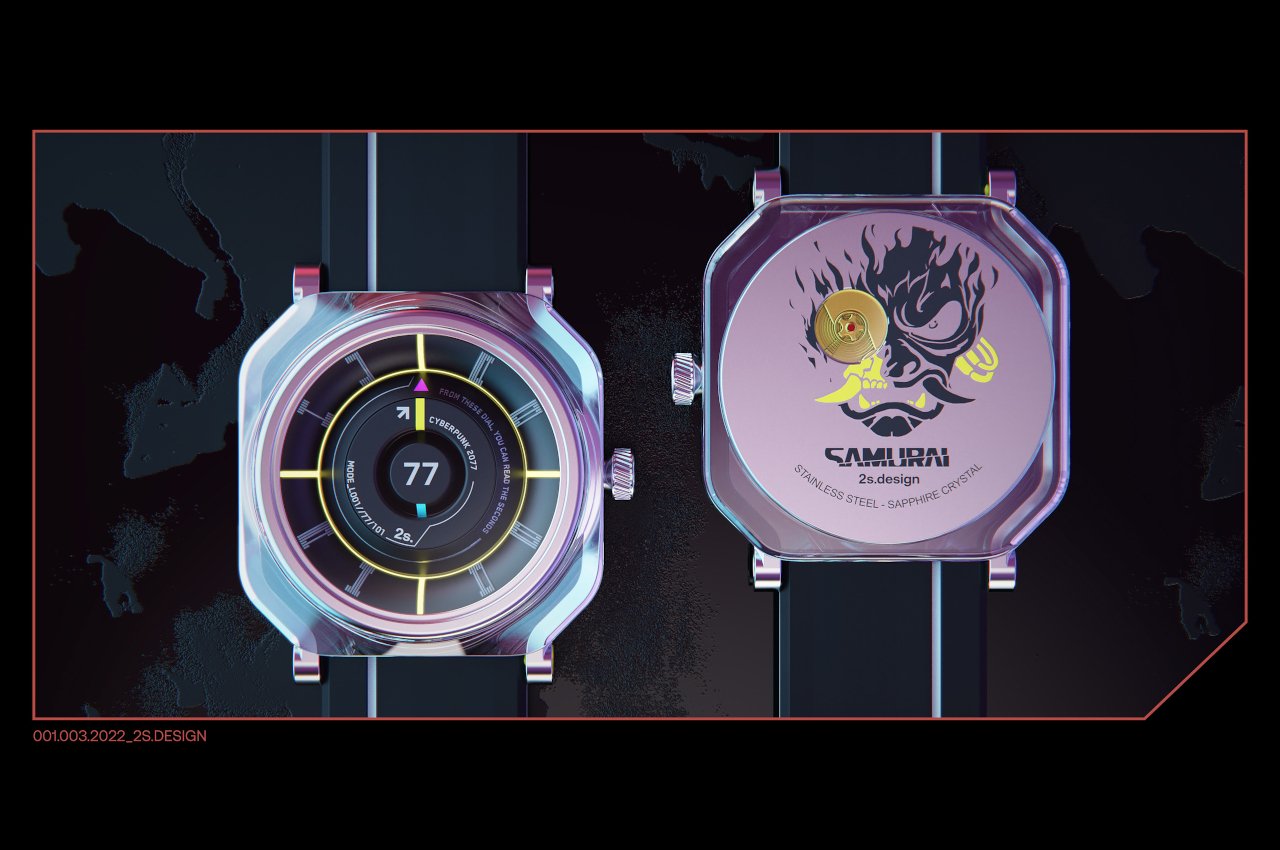 If you were to design a cyberpunk-themed watch, you would most likely try to implement it through digital and electronic components, perhaps even as a smartwatch. After all, it’s so much easier to style screens, implement advanced features, and even emit sounds using modern components. In stark contrast, this Cyberpunk 2077 watch concept doesn’t have anything digital, an ironic idea yet almost perfectly fitting considering the confusing mix of old and new that cyberpunk is famous for. 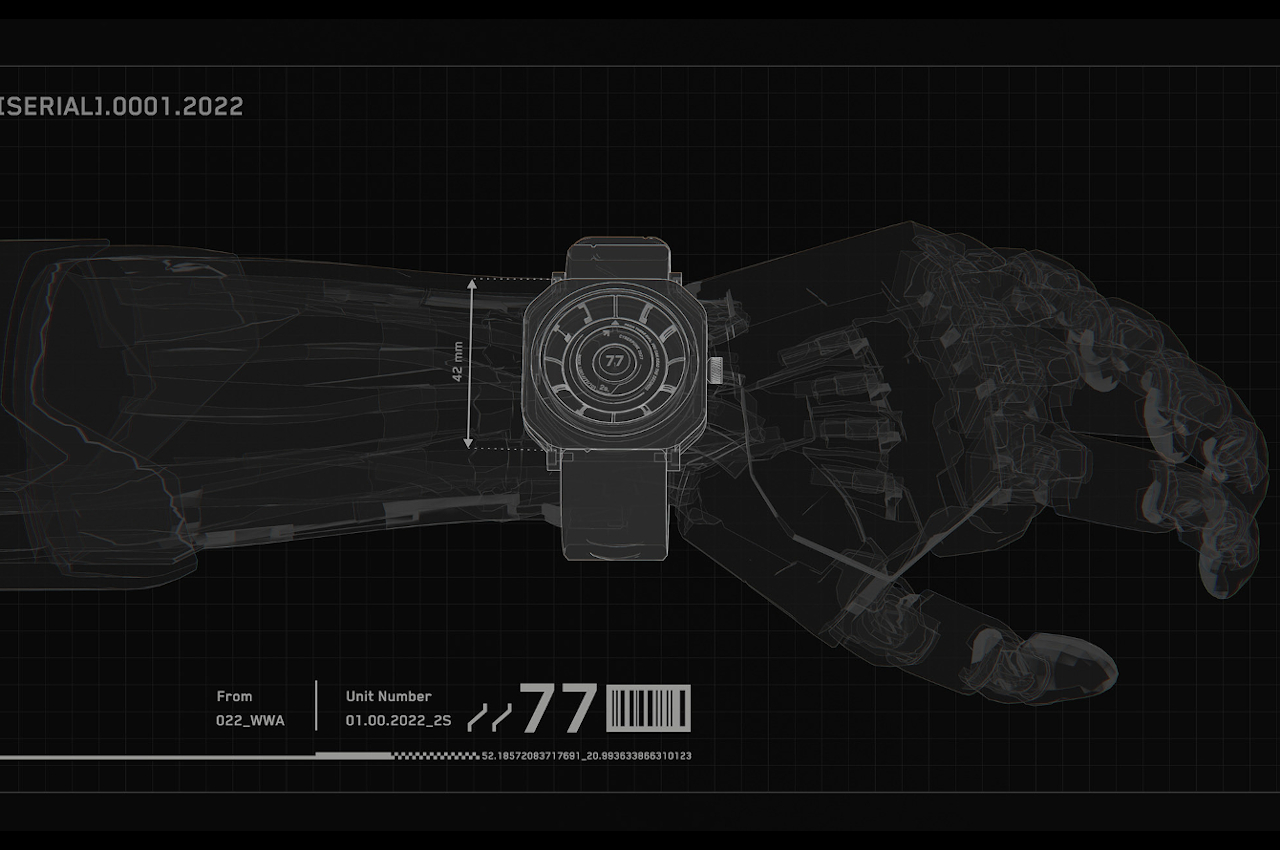 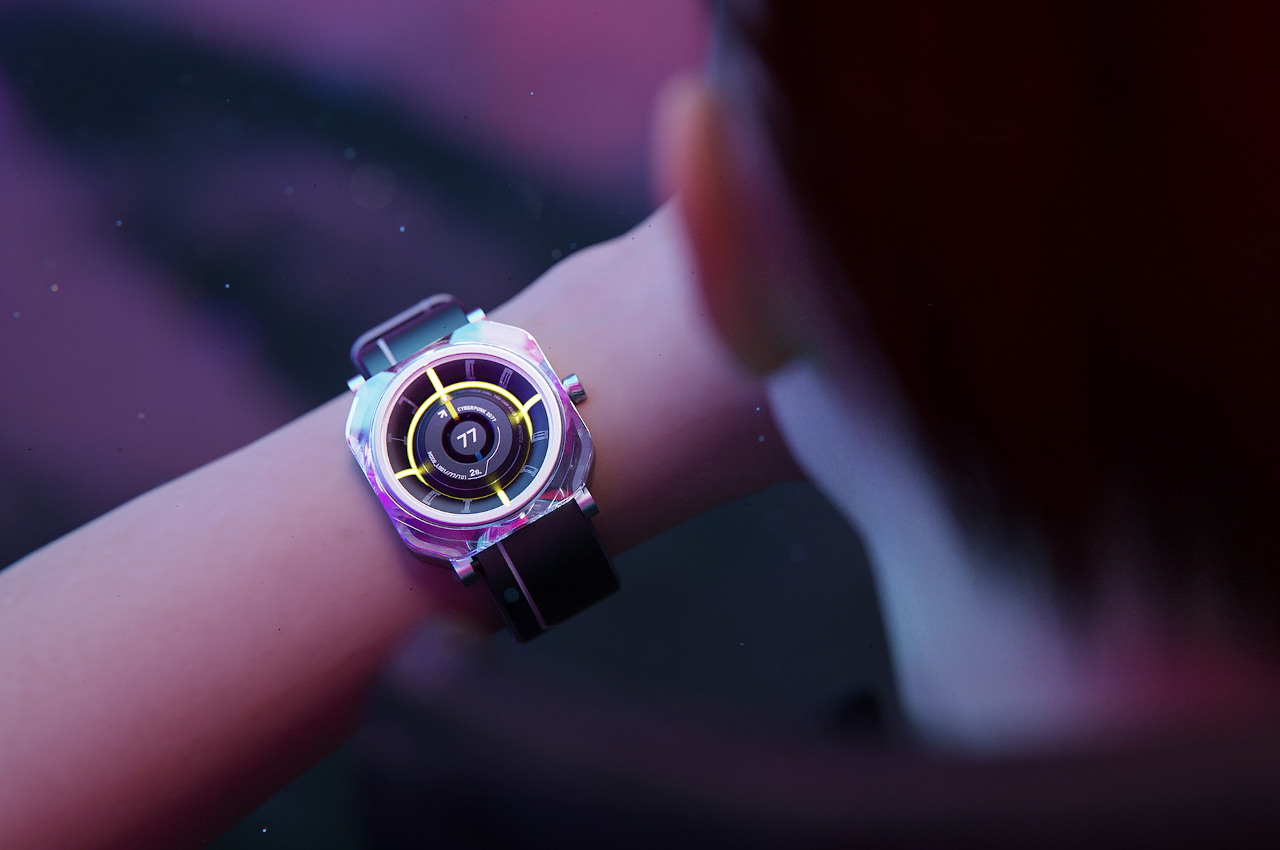 Instead of an LCD display, the watch works pretty much like an analog watch, except it trades typical hands for rotating discs that have marks for seconds, minutes, and hours. Its beating heart is a real-world 9015 Miyota automatic caliber, whose ruby movement is used to represent the cybernetic eye of an emblem on its back. The watch wraps around your wrists using silicone straps that, while mundane, are more faithful to the fictional world of Cyberpunk 2077 than more “advanced” materials. 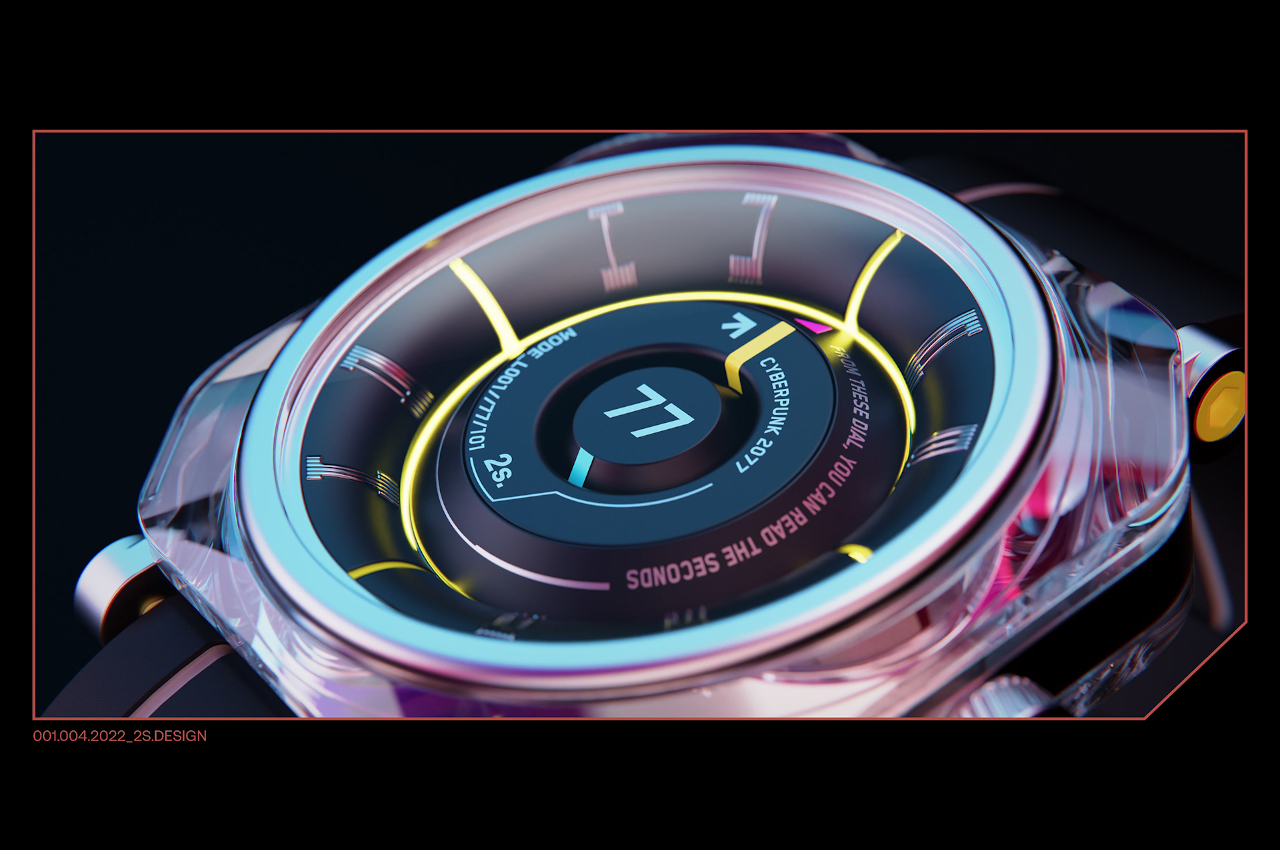 Since the watch is pretty much a mechanical one dressed up in a cyberpunk style, its personalization options are limited. Instead of changing watch faces as you would on a smartwatch, you can only swap out interchangeable fronts and backs to match different characters from the fictional franchise. That still leaves the door open for plenty of customization, especially when you consider these parts can be 3D printed easily. 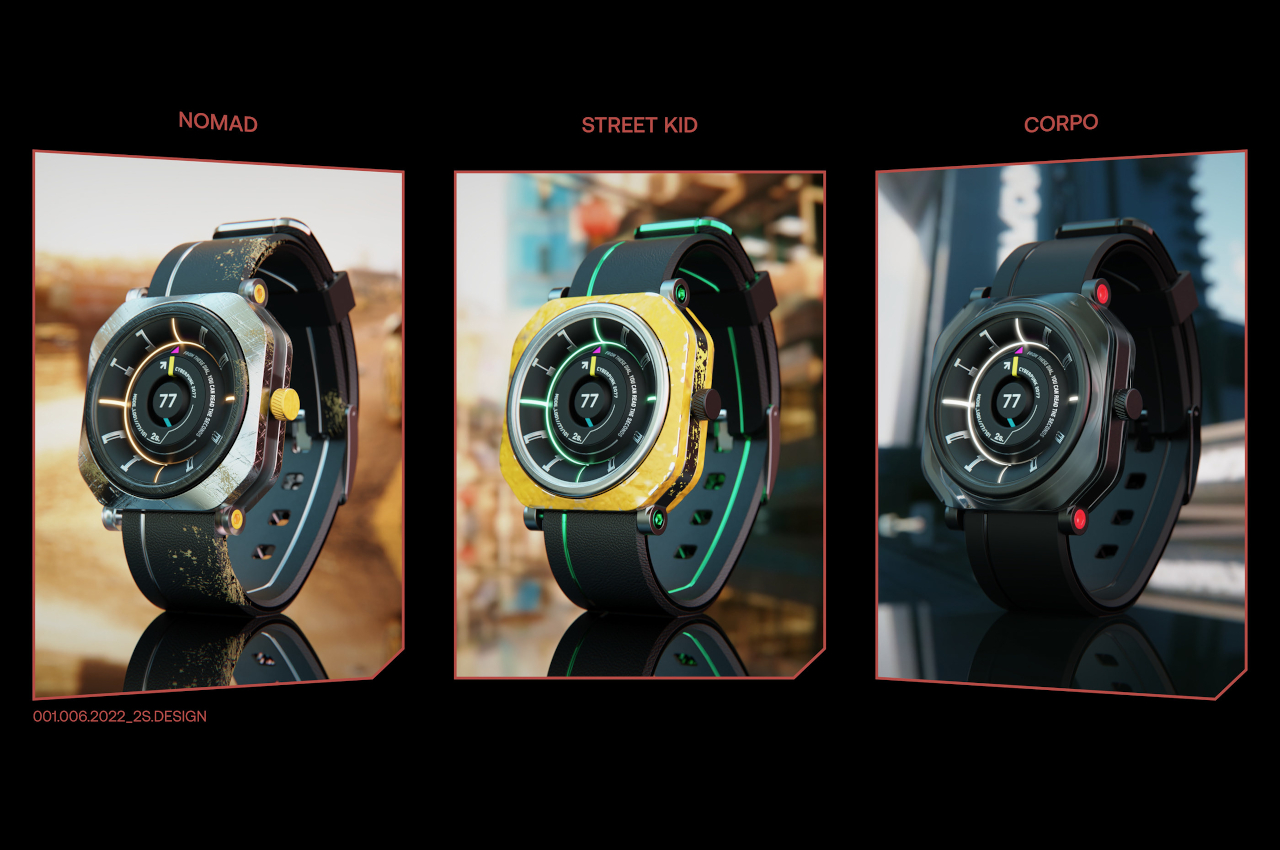 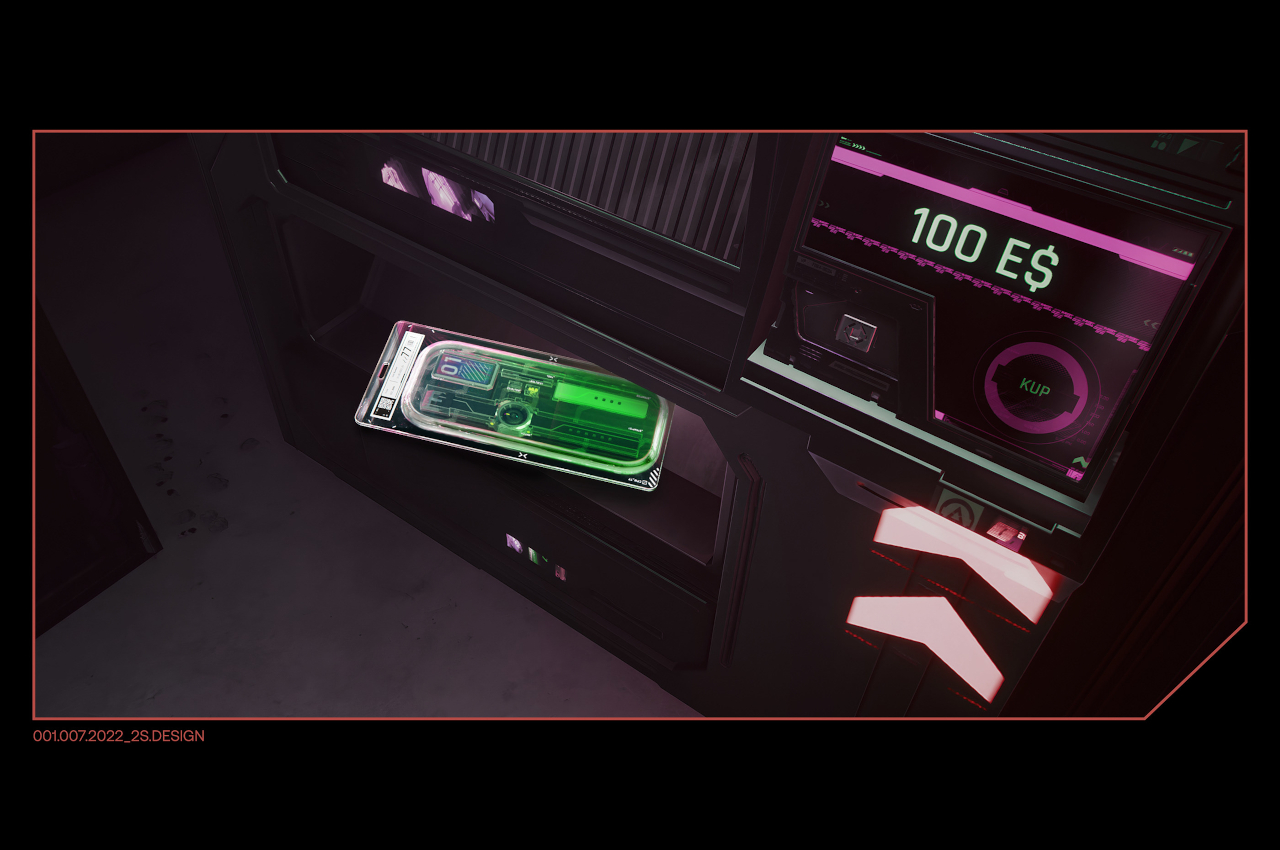 Unfortunately for Cyberpunk 2077 fans, this watch remains a concept, even if it was designed with the game’s creators’ input. It’s definitely an attractive and unique twist to the typical cyberpunk-themed timepiece, one that could potentially satisfy even lovers of mechanical watches. It does show that just because it looks cyberpunk doesn’t mean it has to be complicated, though the beautiful simplicity of this watch’s design is itself almost contradictory to the usual mess of the genre. 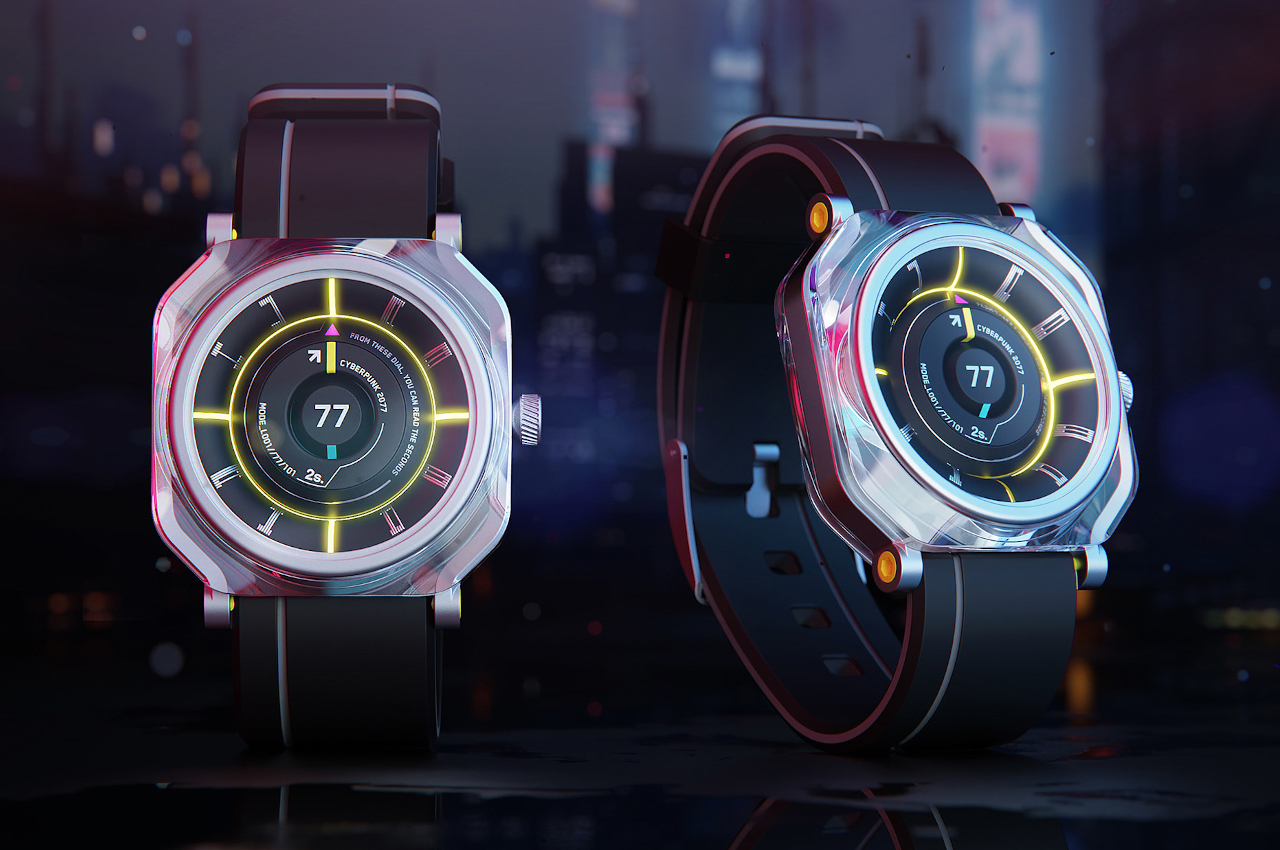 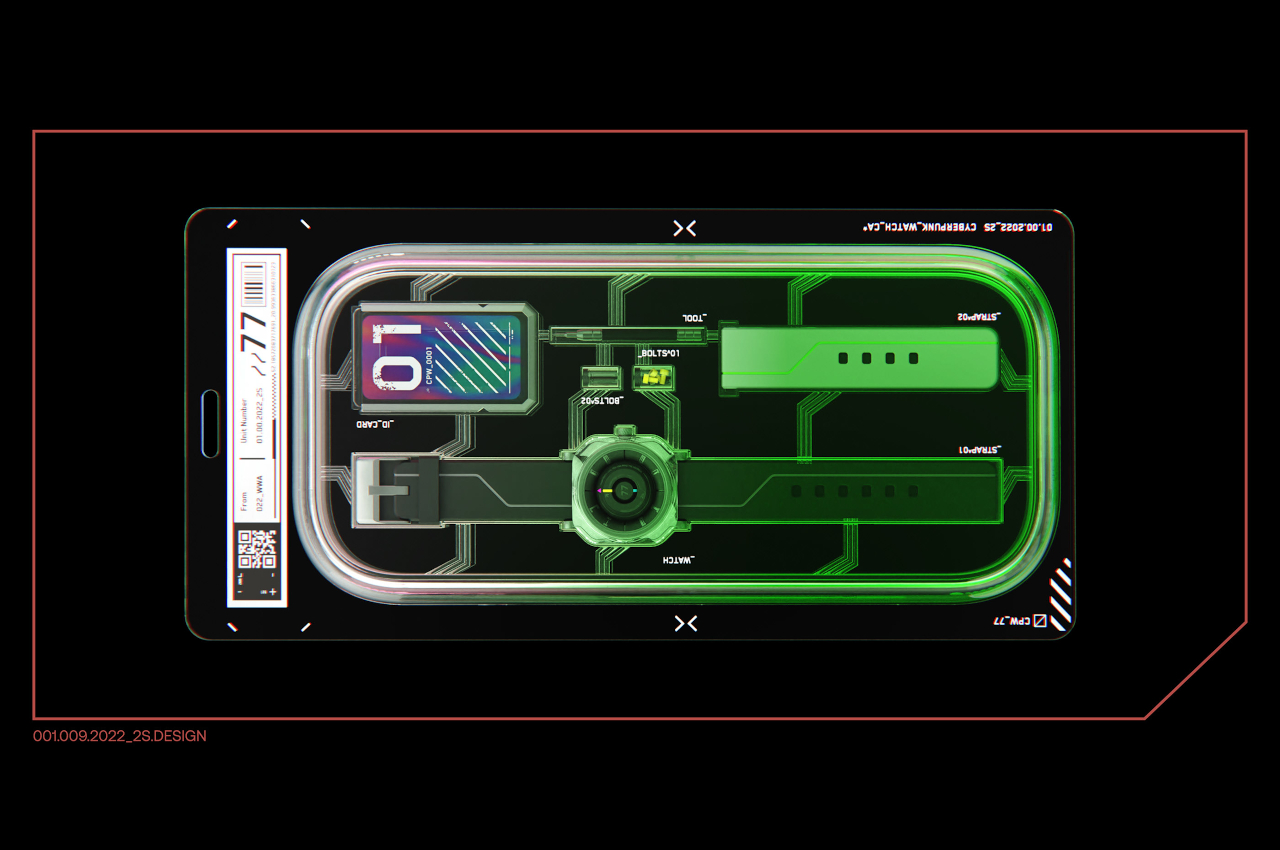 The “Is That a Watch?” Watch

Gotta love this minimal design by Samuel Jerichow! The Dot watch is made of a single flexible strap covered with a stretchable, retractable PVC-based sheet….

A Wristwatch for the Bold at Heart

https://www.kickstarter.com/projects/1976231399/moduco-watches If watches were fonts, this one would be a Futura Bold. Geometric, aesthetic, and damn near perfect, the MODUCO watch makes a strong statement…

The new Keyport Slide is light and durable with an ultra futuristic look; created to complement your personal style and organize those jagged objects you…

Winners: Benny from Australia and Eran from Israel. There are many ways to ensure you don’t become another fatal statistic while cycling , but the…