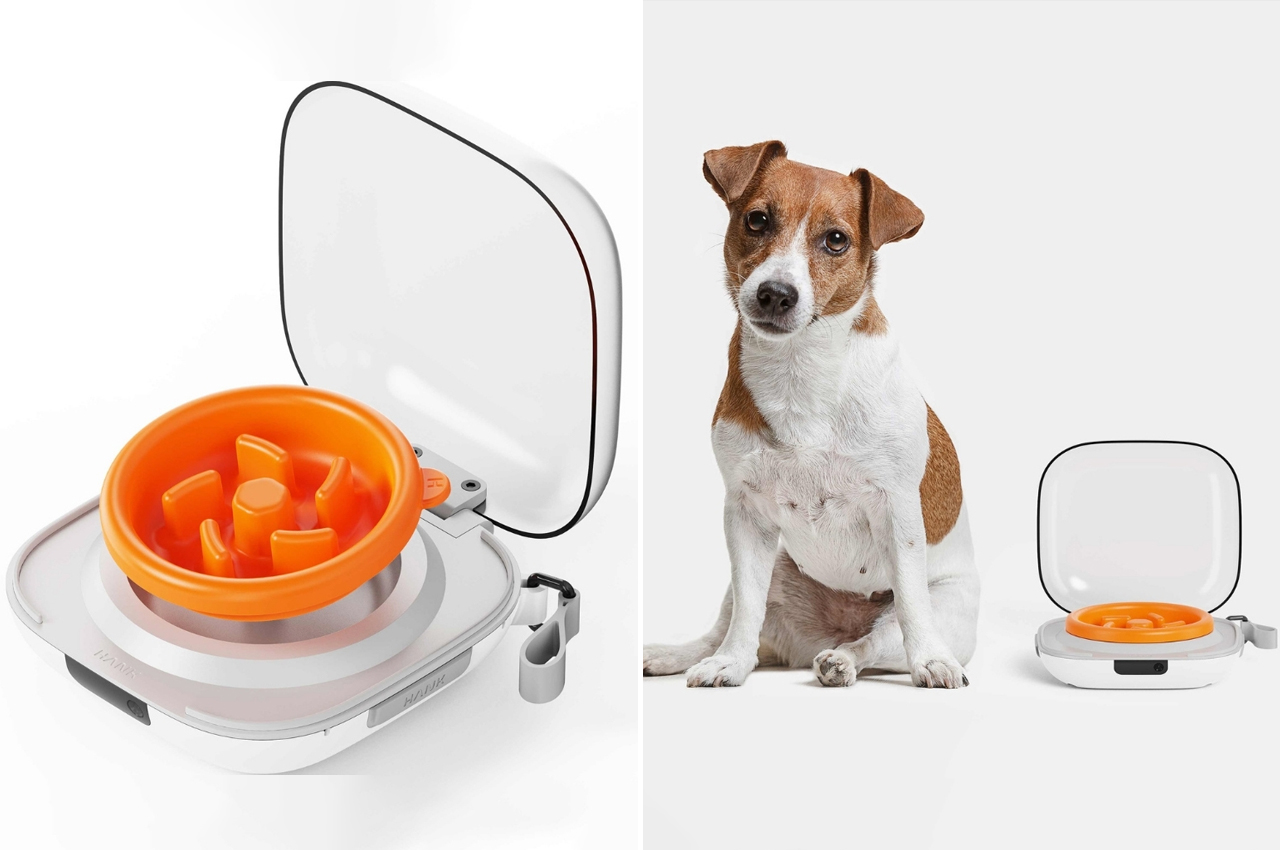 I may not have pets or rather, I’m not really fond of pets. But I have enough friends around me who have dogs that I know some of the problems that the owners face when it comes to feeding their fur babies. One thing that I hear is that their dogs can sometimes get too hungry or greedy (or both) and gobble down their food from their dog bowl like there’s no tomorrow. Unfortunately, they can sometimes create a mess around them or worse, choke on their food. 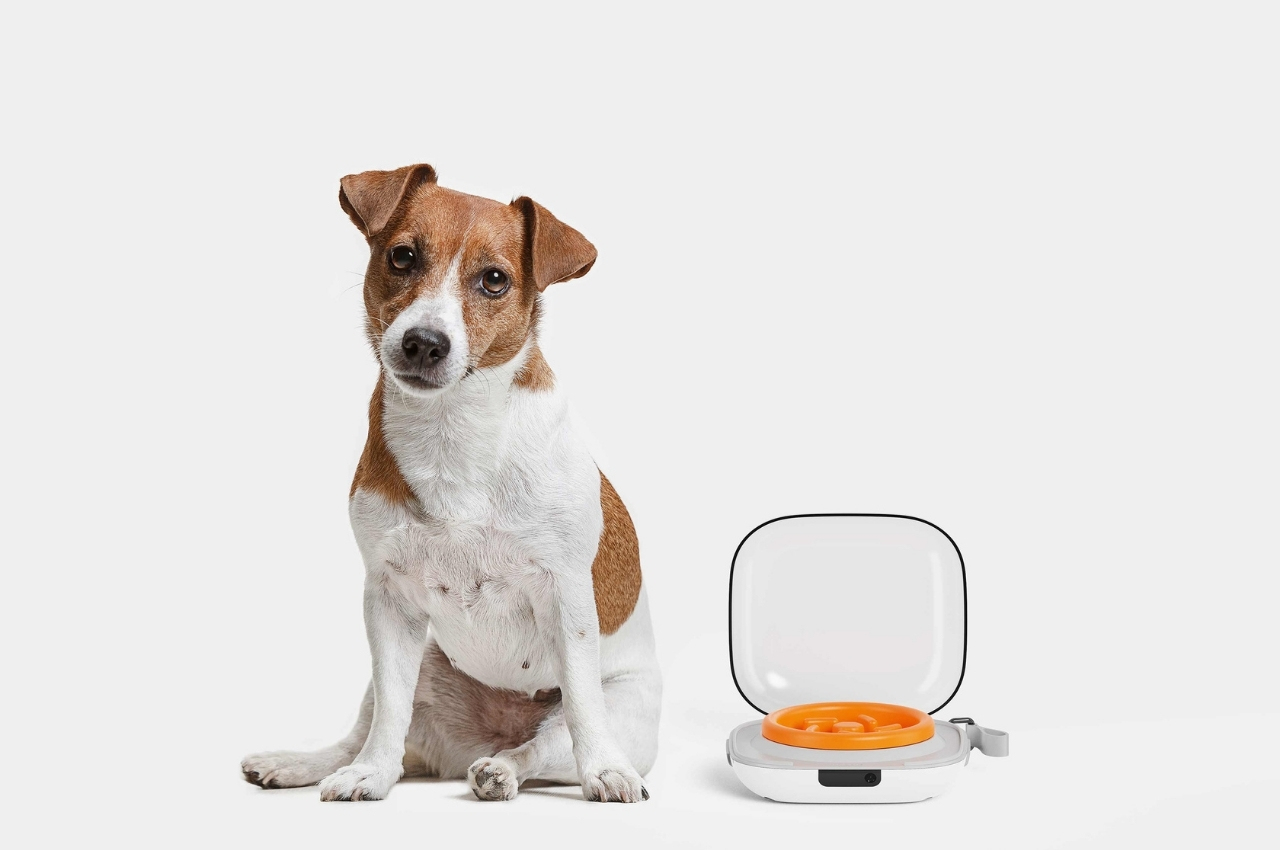 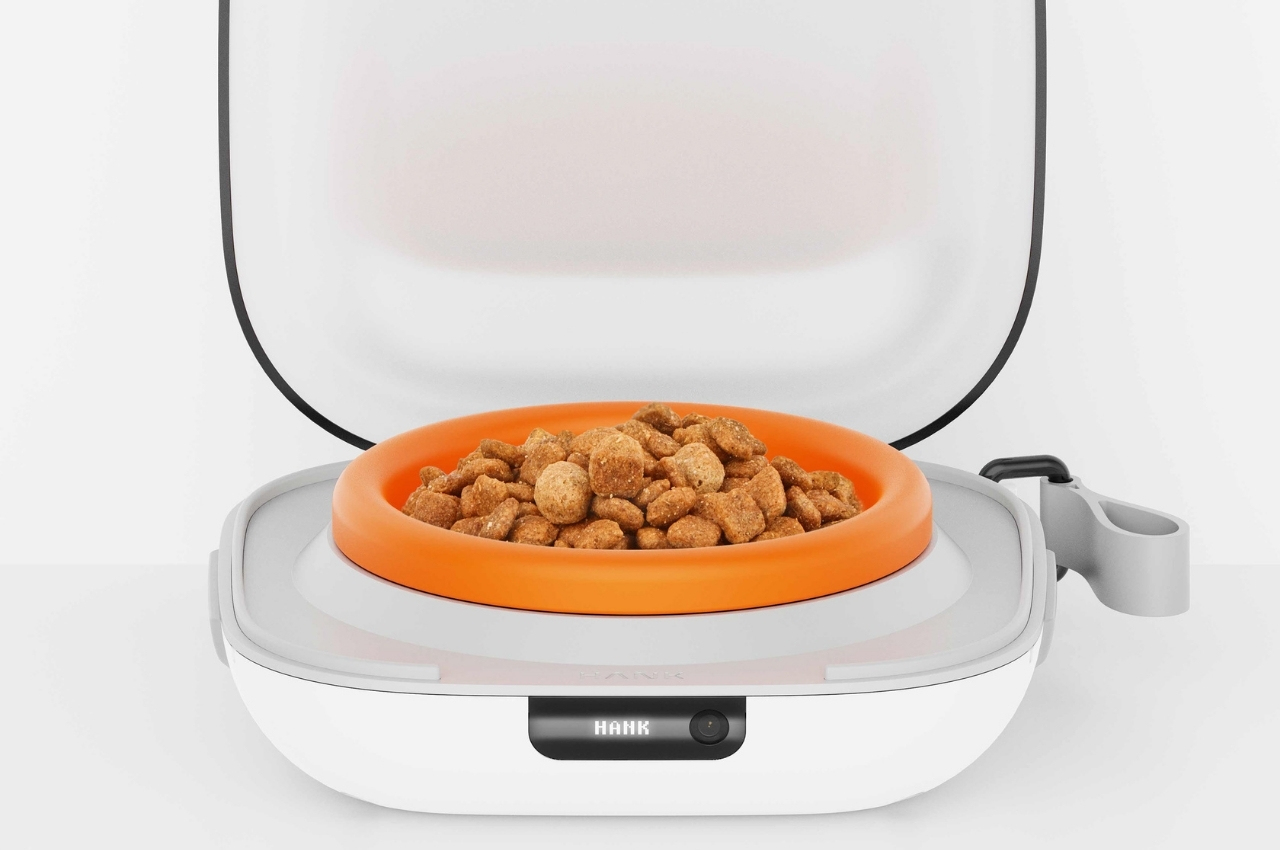 One solution to this is to create a feed bowl that has some “barriers” that will force them to slow down while partaking their meal. The “Hank” feed bowl is one such product concept that is designed in a maze pattern to prevent them from gobbling all of the food up in one go without lifting their head, which can sometimes lead to choking and clogging of their digestive tract. The narrow and small holes that make it a maze can also separate the different kinds of food, if that’s something you or your dog like. 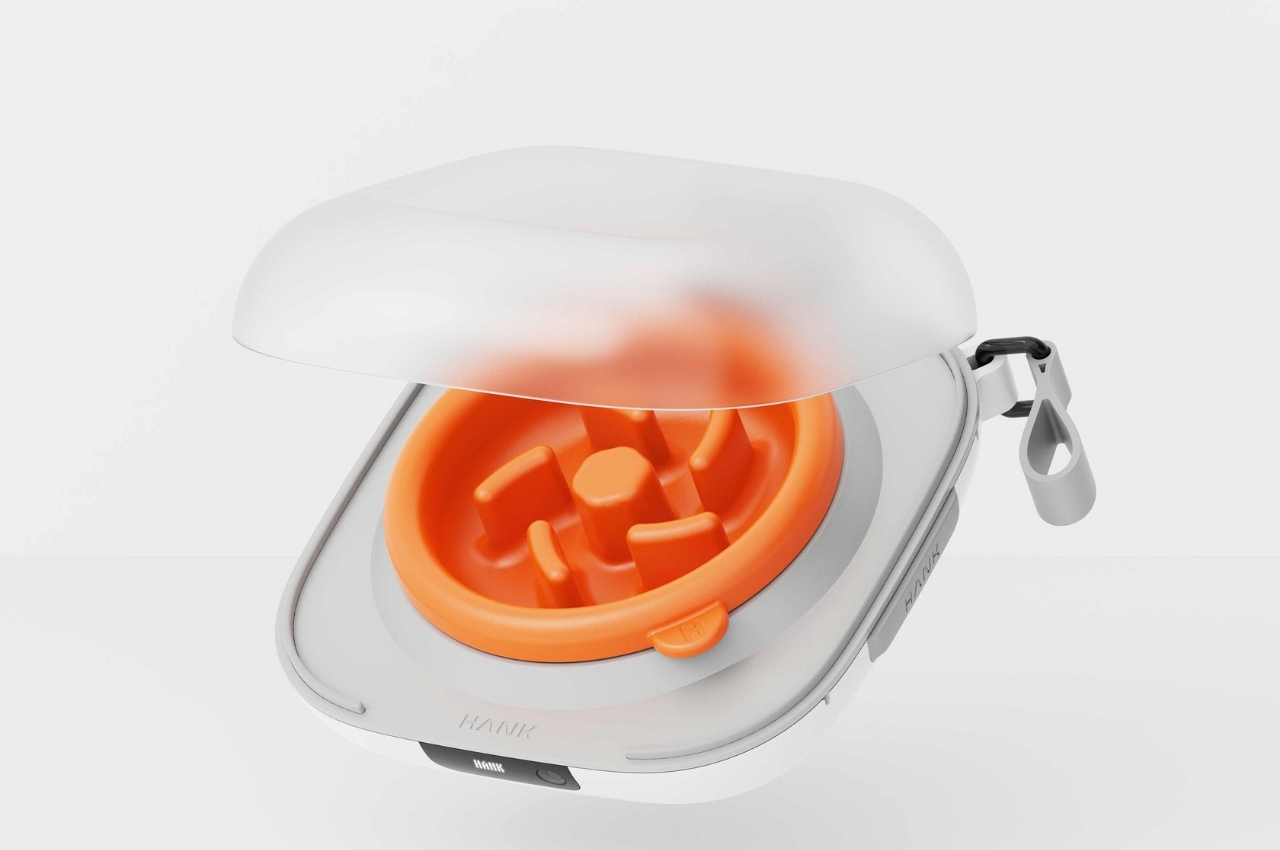 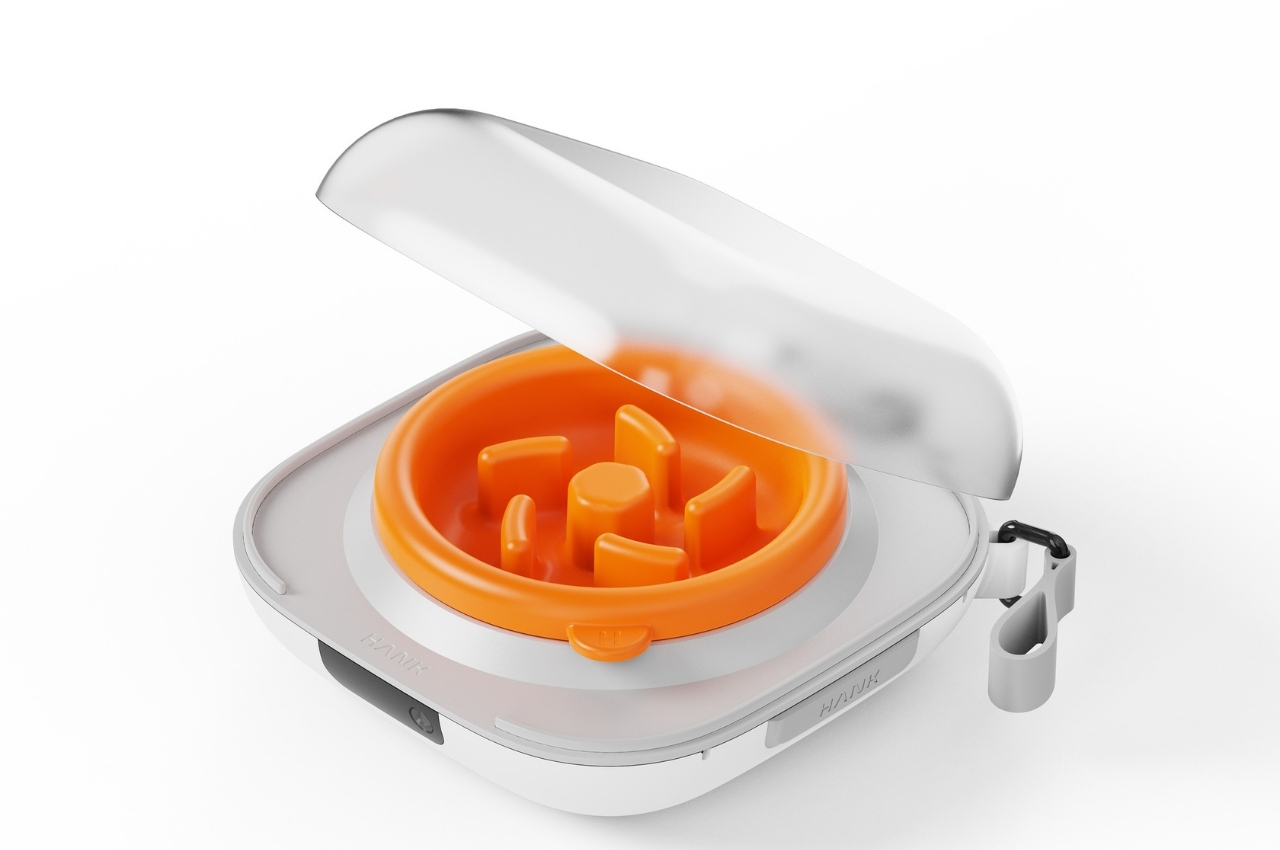 The bowl itself is made from silicone and can be easily removed for cleaning, which you should do often of course. It’s placed inside a container that has a cover to keep dirt and other unhygienic things away from their food. The designer also says that the “working principle of the cover will automatically turn on” when it detects that your dog is nearby. I’m assuming this means that the cover will be automatically lifted when it knows your dog is going to start eating. 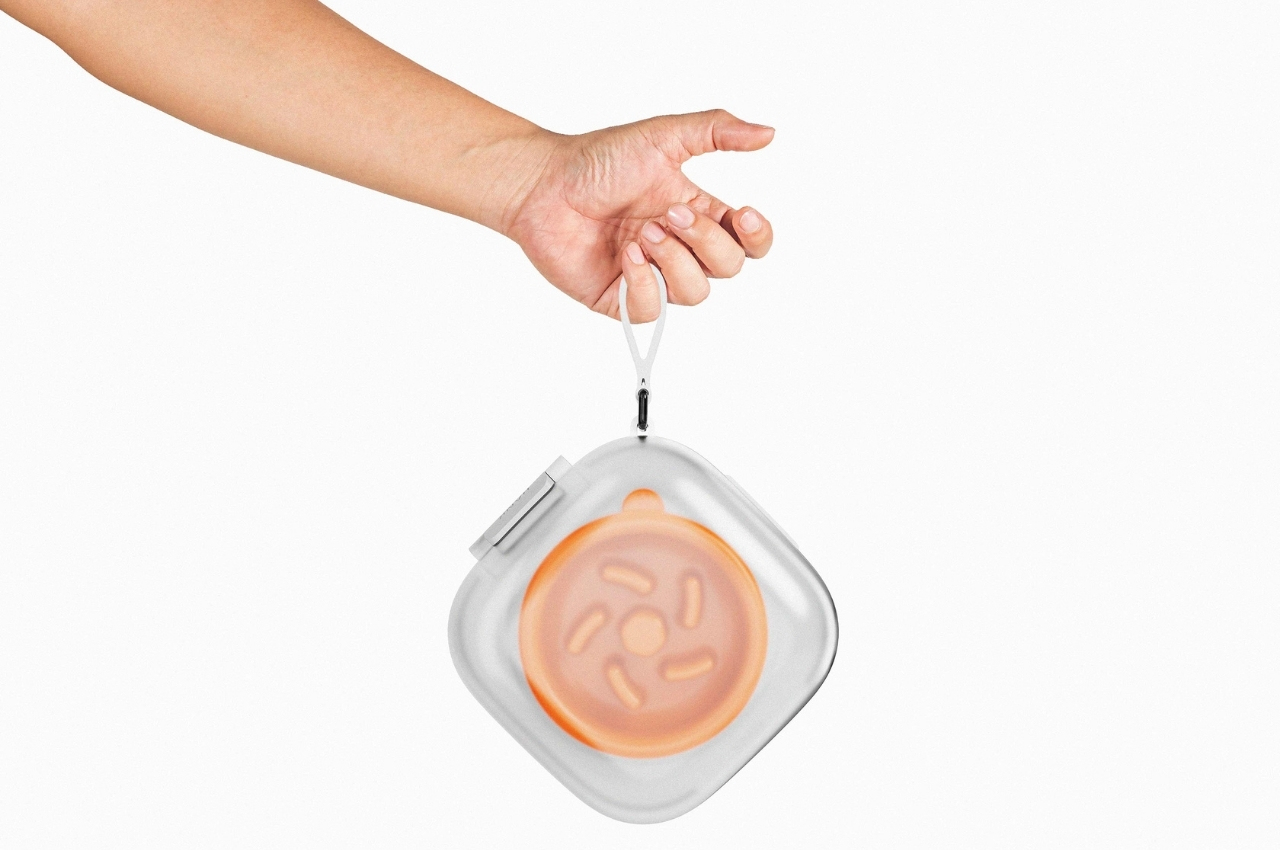 Hank also comes with a silicone strap so you can bring it with you when you’re going out to walk the dog and you expect that your baby will get hungry. Don’t worry, you won’t force the dog to carry it with him. The strap is actually for you and your finger. The bowl itself comes in various bright colors while the case, cover, and strap are just white and gray. It’s cute and actually looks like a toy so your dog can be forgiven if it starts playing with it after they finish eating. 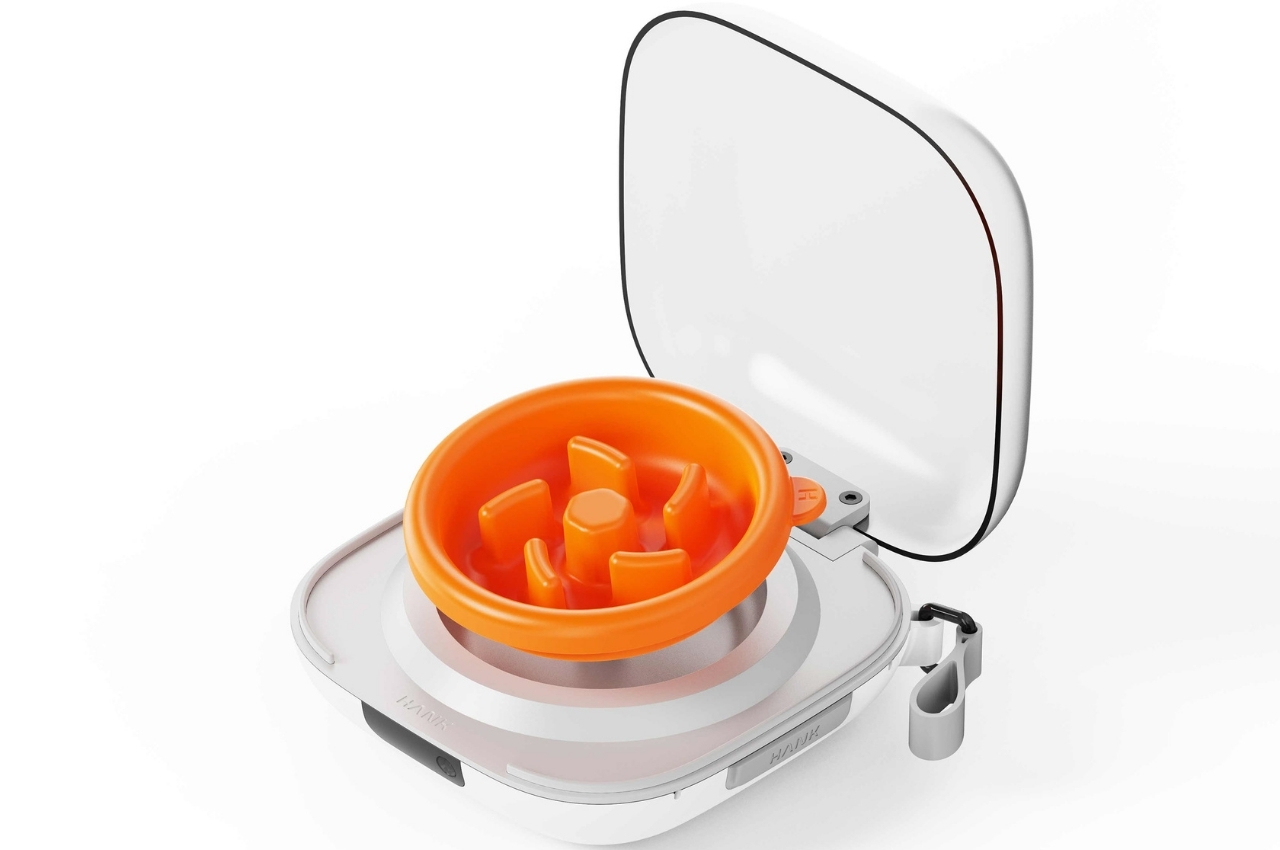 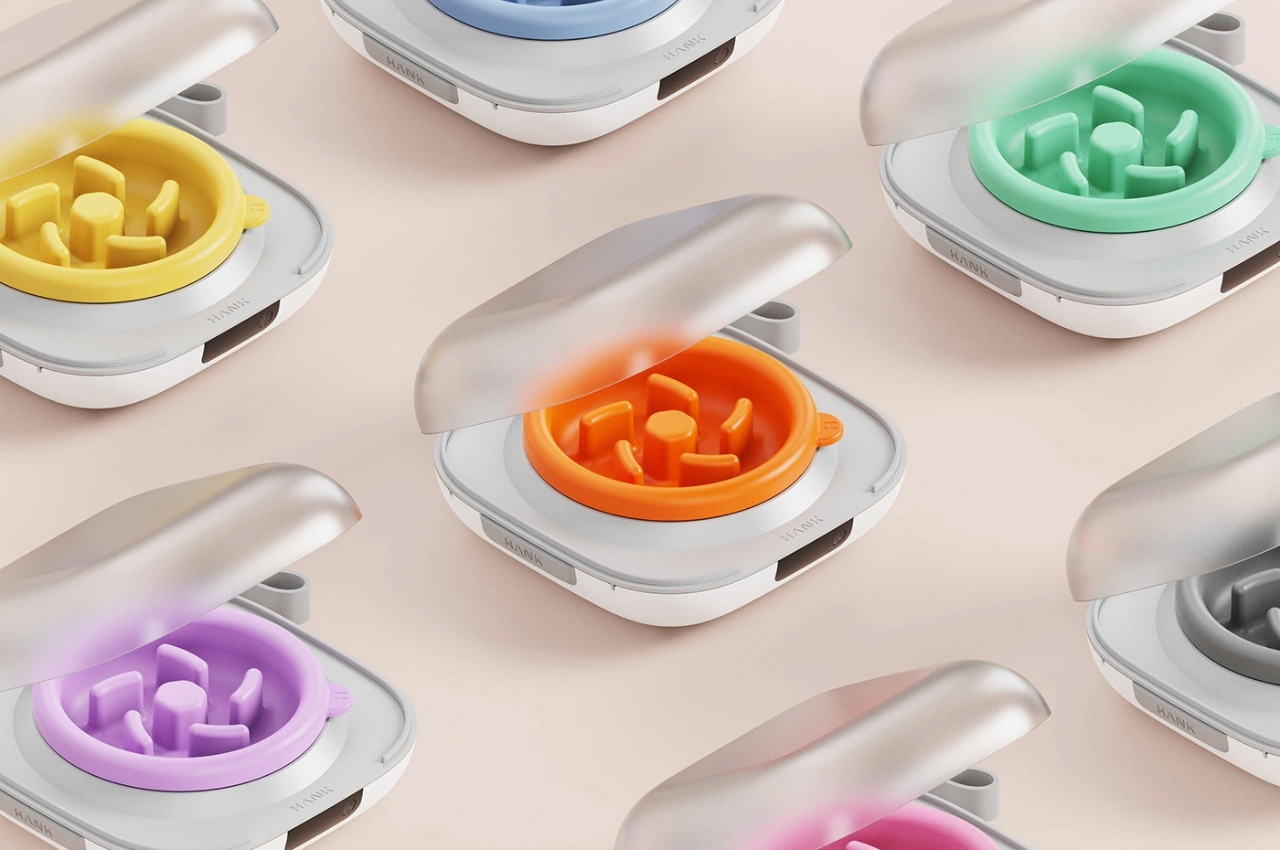 When You Scoopy Your Puppy Poopy, Shipoopi!

If your town or city demands that its streets aren’t shi**y, you’ve got a lot of responsibility for your tiny puppy named Ittybitty. Ittybitty loves…

This luxurious pet-friendly furniture collection is designed to be the best investments for your cats!

I truly believe that this is a cat world, and we’re just living in it! If you happen to own a cat or two (just…

This cat tower adopts a minimal hardwood design and stripped-down aesthetics to fit with every room’s interior!

For as long as they’ve been around, cat towers have been adorned with beige carpeting. Invented in 1968, the first “cat tree” had carpeted perches,…

These IoT pet devices uses smart technology to allow owners to interact with their dogs while away from home!