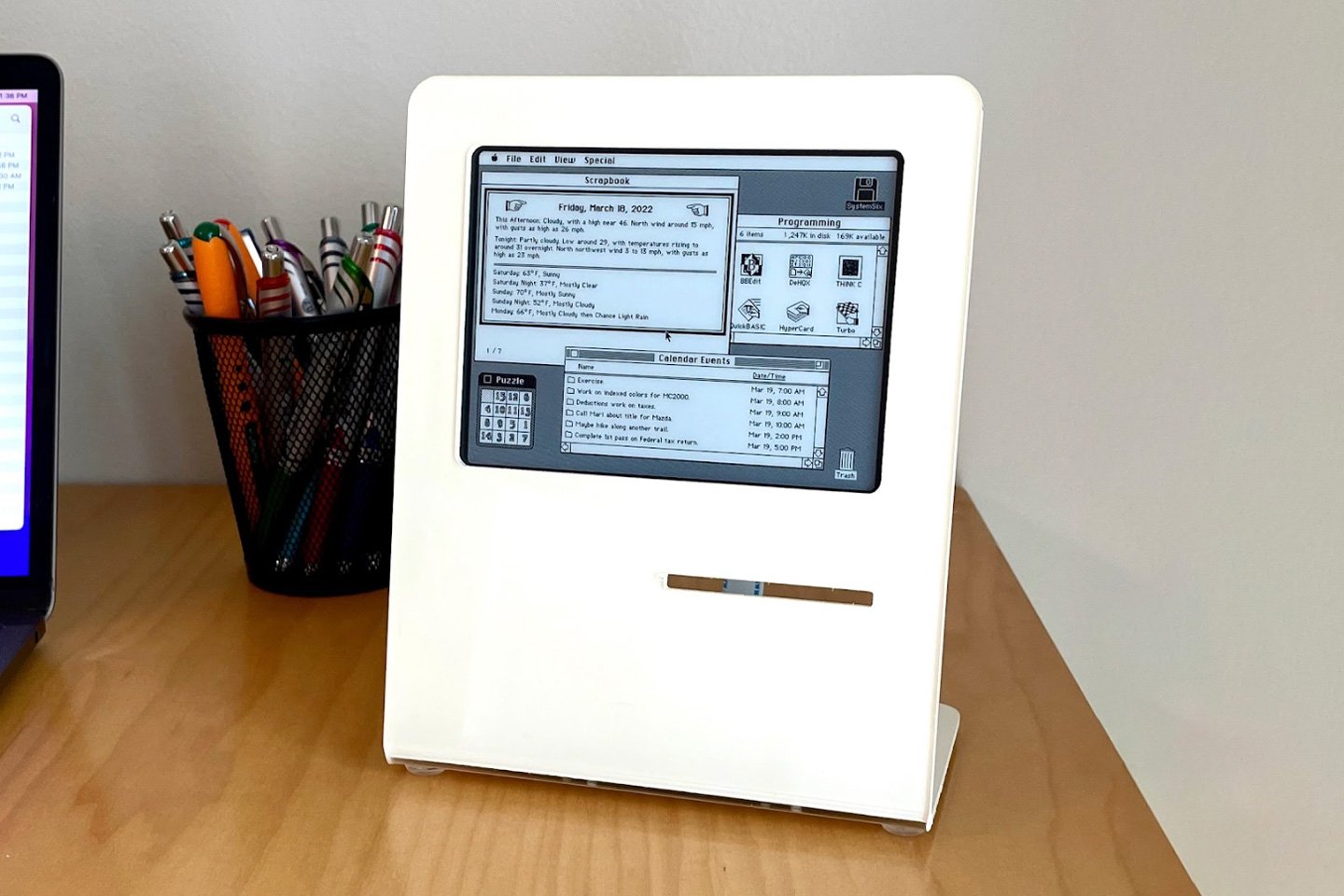 It’s truly a testament to how far we’ve come in a matter of decades.

While I was barely a couple of months old to remember the debut of first-ever Macintosh computer, it isn’t something I’m oblivious to. The Mac has seen an immense growth trajectory, going from that clunky white box with the word ‘Hello’ scrawled on the screen to those colorful iMacs, the slab-shaped aluminum iMac, and finally the latest 24-inch iMacs that are just about as thin as a smartphone. It seems, however, that the technology has come full circle, with John Calhoun’s SystemSix – an original Macintosh emulator (of sorts) that’s paper-thin too! Running on a Raspberry Pi 3 mini PC and fitted with an 5.83-inch e-ink display, the SystemSix pays homage to the original Apple computer that started it all, 31 years ago! 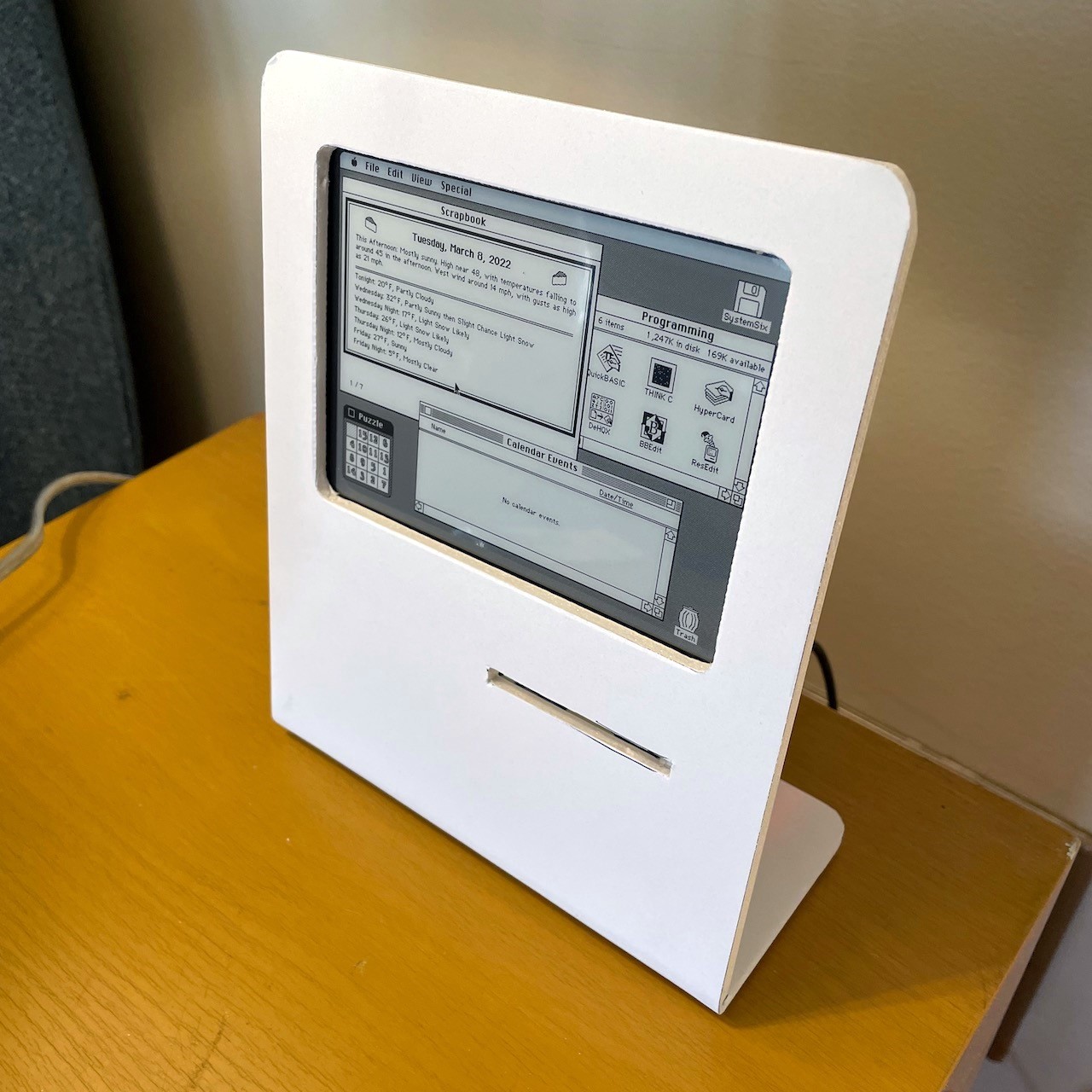 To be entirely transparent, the System Six isn’t a ‘functioning’ Macintosh computer, but rather an emulator that handles certain aspects adeptly. “It looks like a computer display you could click on or touch the screen of, but it is quite static — only displaying your calendar events and the weather forecast in a retro, computer-like interface. The source code is written in the Python scripting language and is available on my GitHub page.The display stand is laser-cut from 3mm acrylic”, said Calhoun. 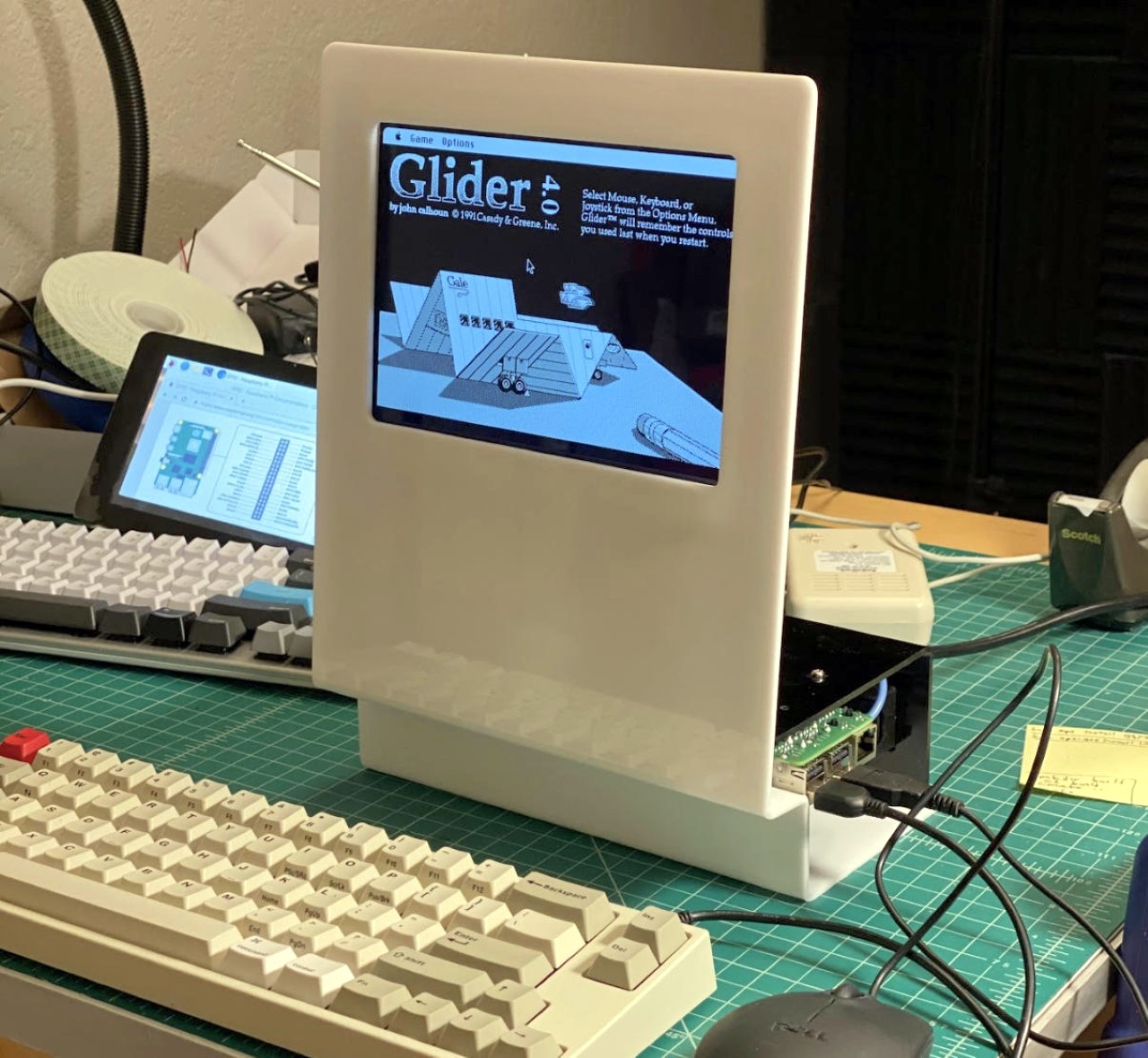 The display stand is laser-cut from 3mm acrylic, and heated to be bent into the shape of the iconic computer. The Raspberry Pi and e-ink display are then mounted from behind. John managed to build the entire thing for roughly $100 USD, and has even listed out his detailed process online just in case others want to build their own Mac-inspired desktop accessory (or take this one a couple of steps forward).

Want something simpler? You could instead opt for this Elago Apple Watch dock that turns your smartwatch into a Macintosh. 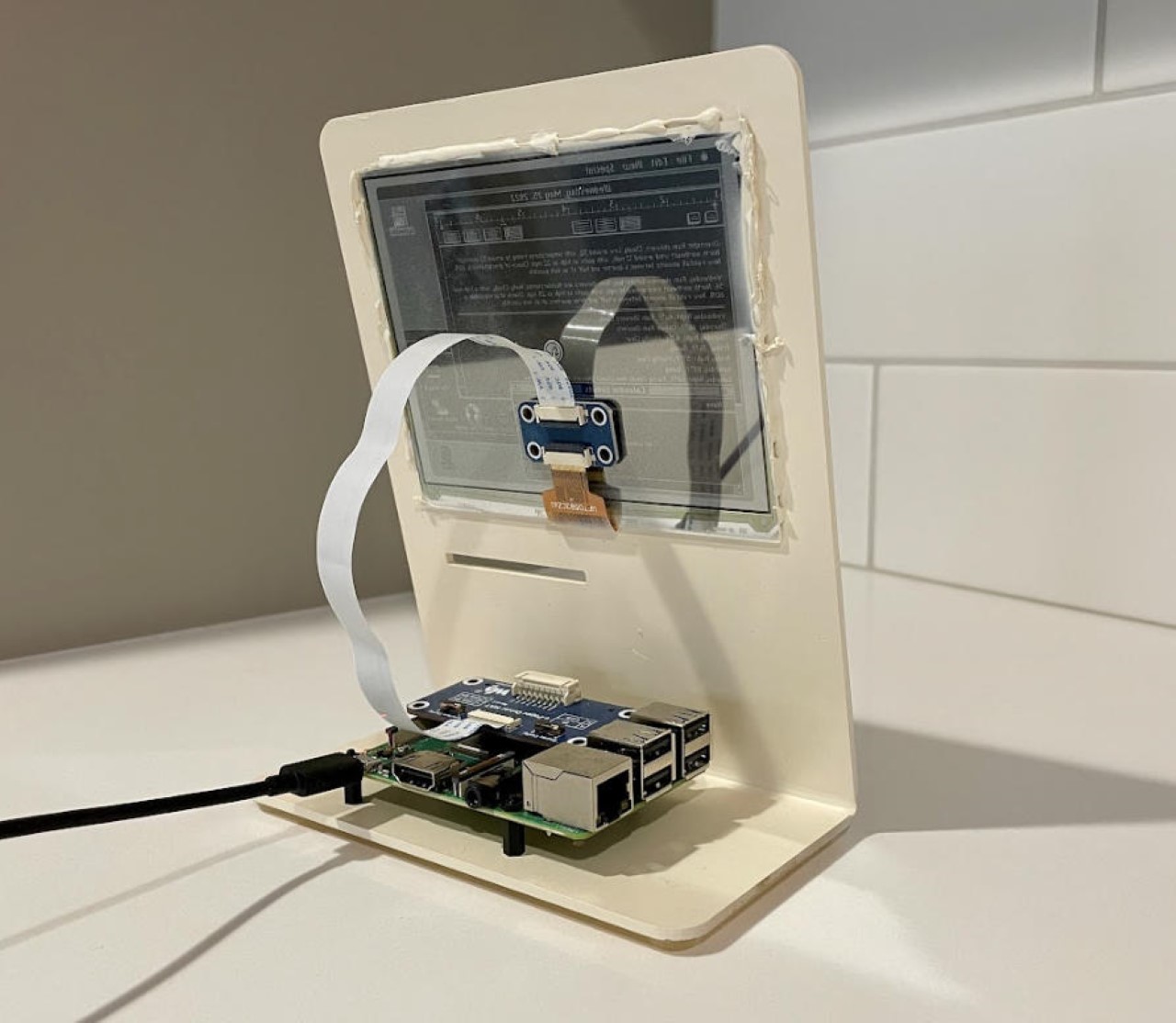 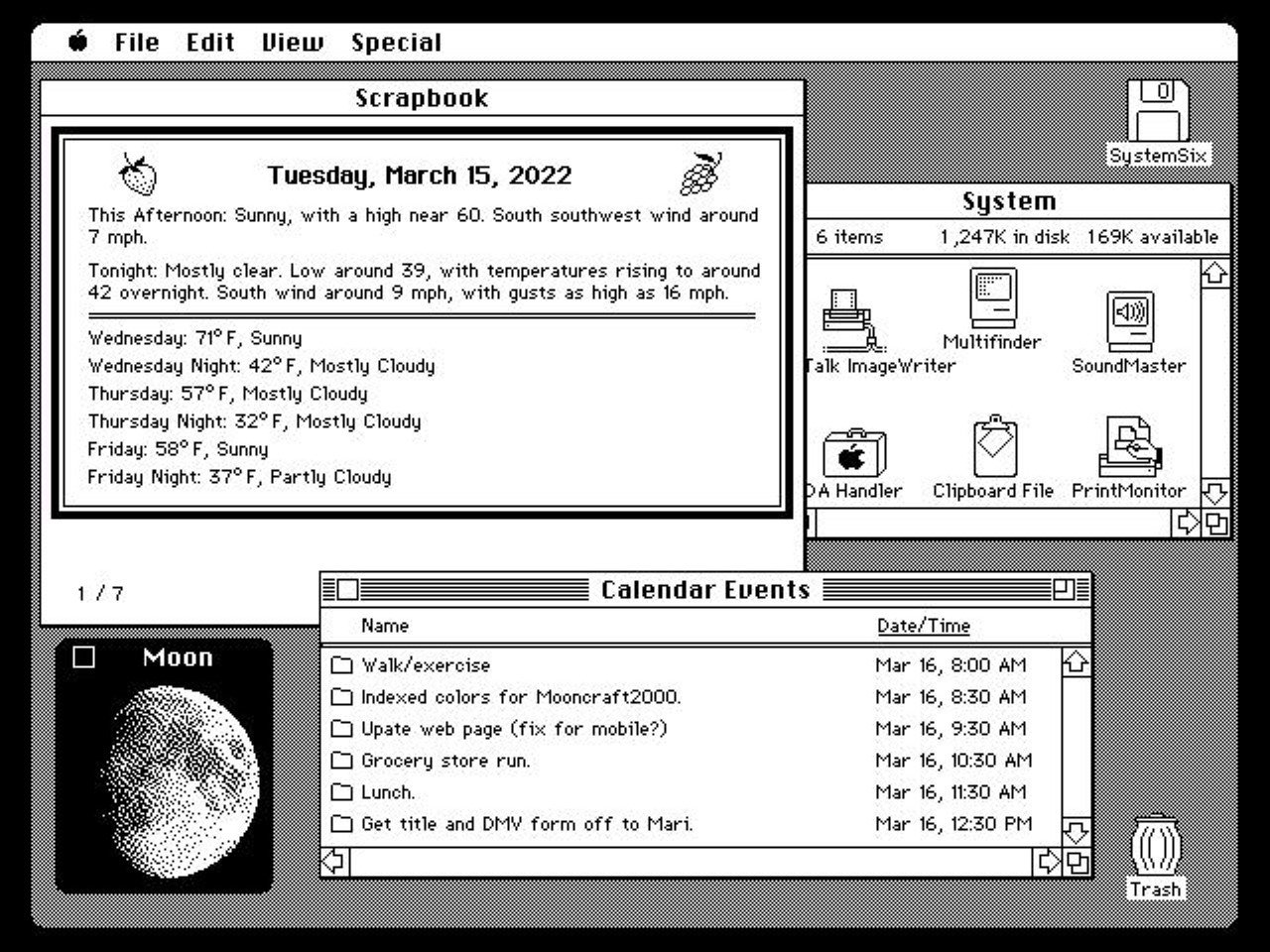 This ain’t your granny’s wallpaper.

The Kites series of wall panels by WallArt strive to give new life to your home or business, simply by adding dimension and style to…

The FOMO Survival Kit isn’t really a survival kit. It’s what I would call artistic design, because rather than solving a purpose, it’s more of…

The Way your Music Was Meant to be Heard

https://www.kickstarter.com/projects/475632322/tt8-the-best-wooden-multi-functional-turntable Off the top of your head, think of an industry that still claims technology from the past is qualitatively better. You’ll never hear anyone…

Gotta love this cozy design by Ivar Gestranius and Kevin Lahtinen. The Box Lounger may look like little more than a funky design with a…