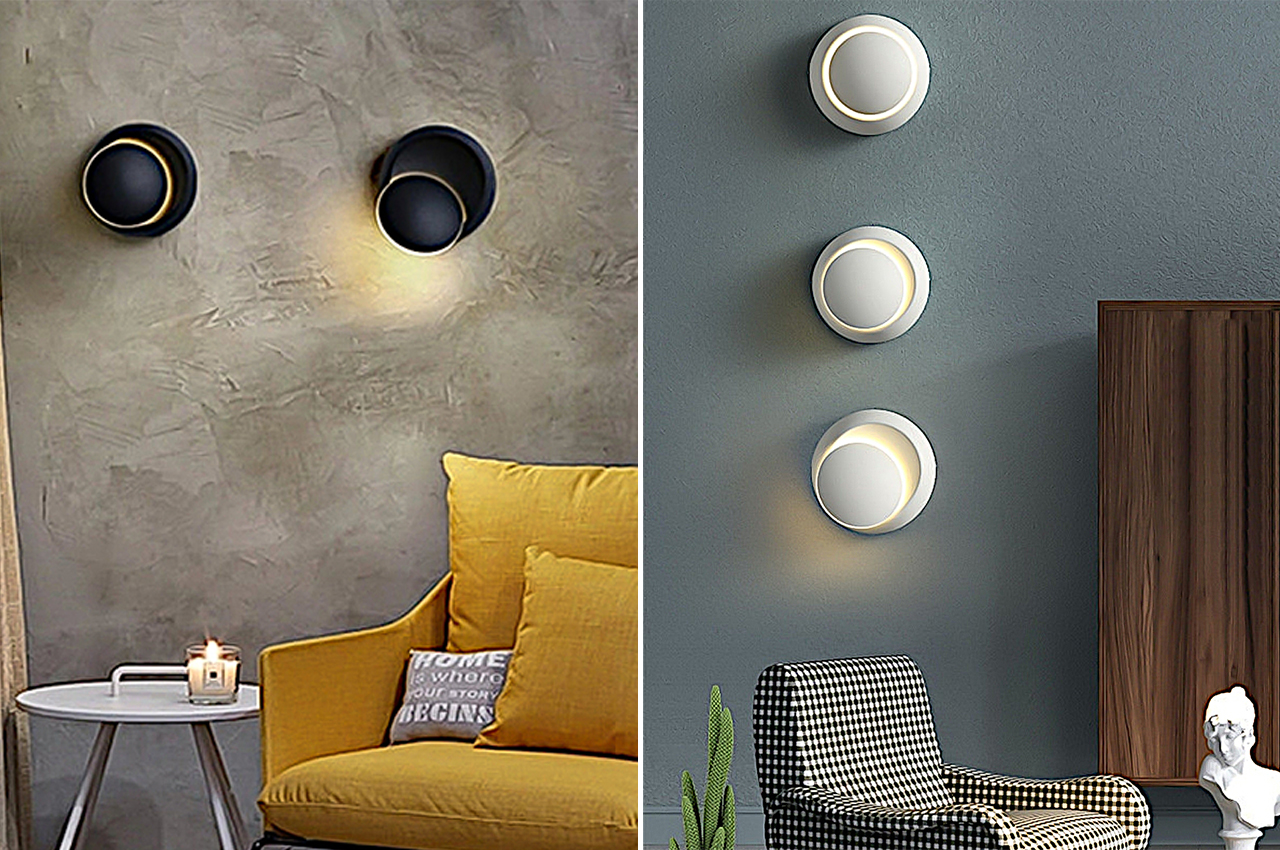 When it comes to providing light, lamps that hang from ceilings or stand on surfaces are actually more effective and more efficient at what they do. Wall lamps, on the other hand, are better at setting the mood, thanks to their often more subdued or diffused lighting. They also offer more opportunities for making a visual statement because of how visible they often are. That’s why many wall lamps also double as decorative pieces that bring a bit of character to walls and rooms, sometimes to an excessive degree. This die-cast and aluminum wall lamp, however, looks almost nondescript and forgettable, that is until you rotate the lamp around to create playful arrangements that somewhat mimic the charm of an eclipse. 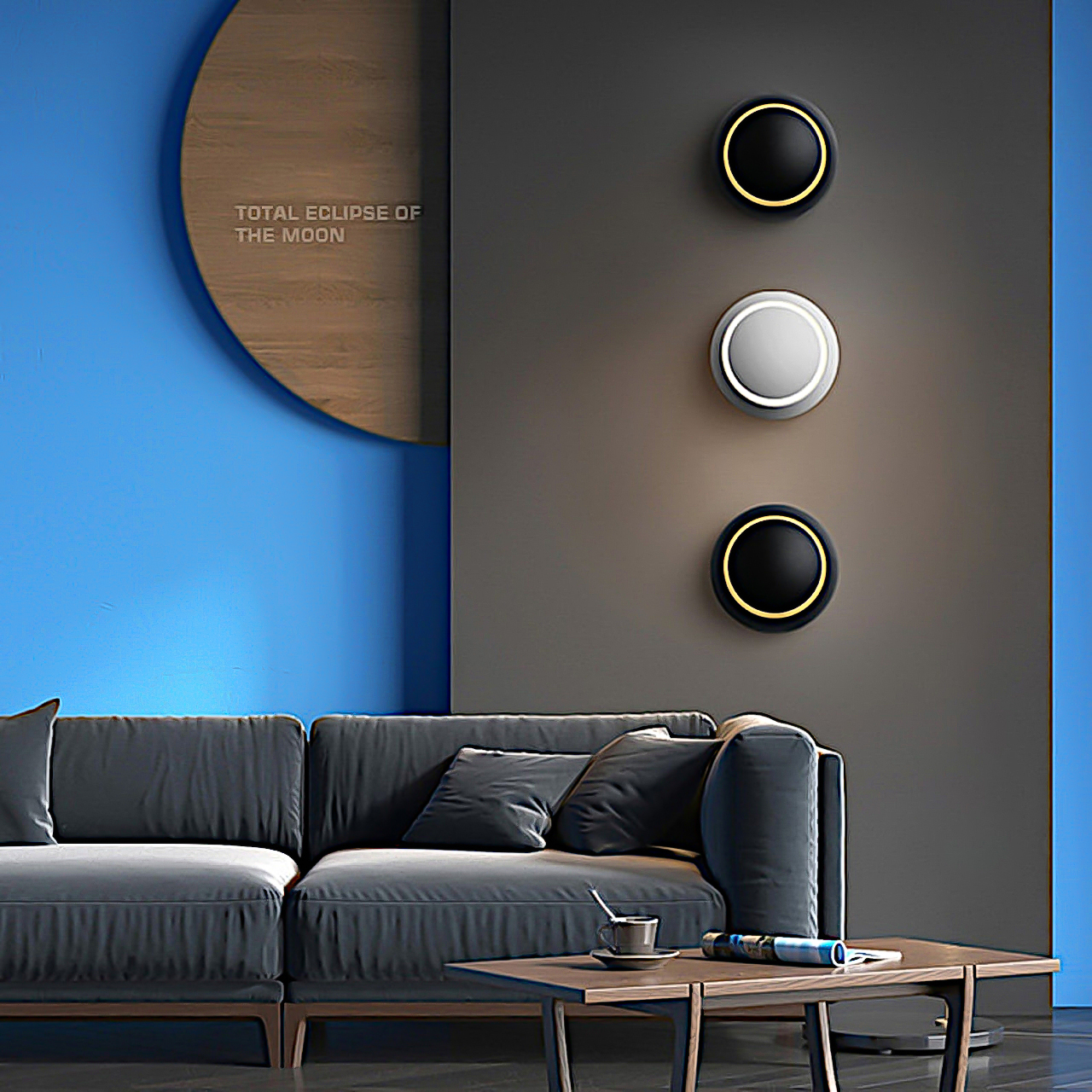 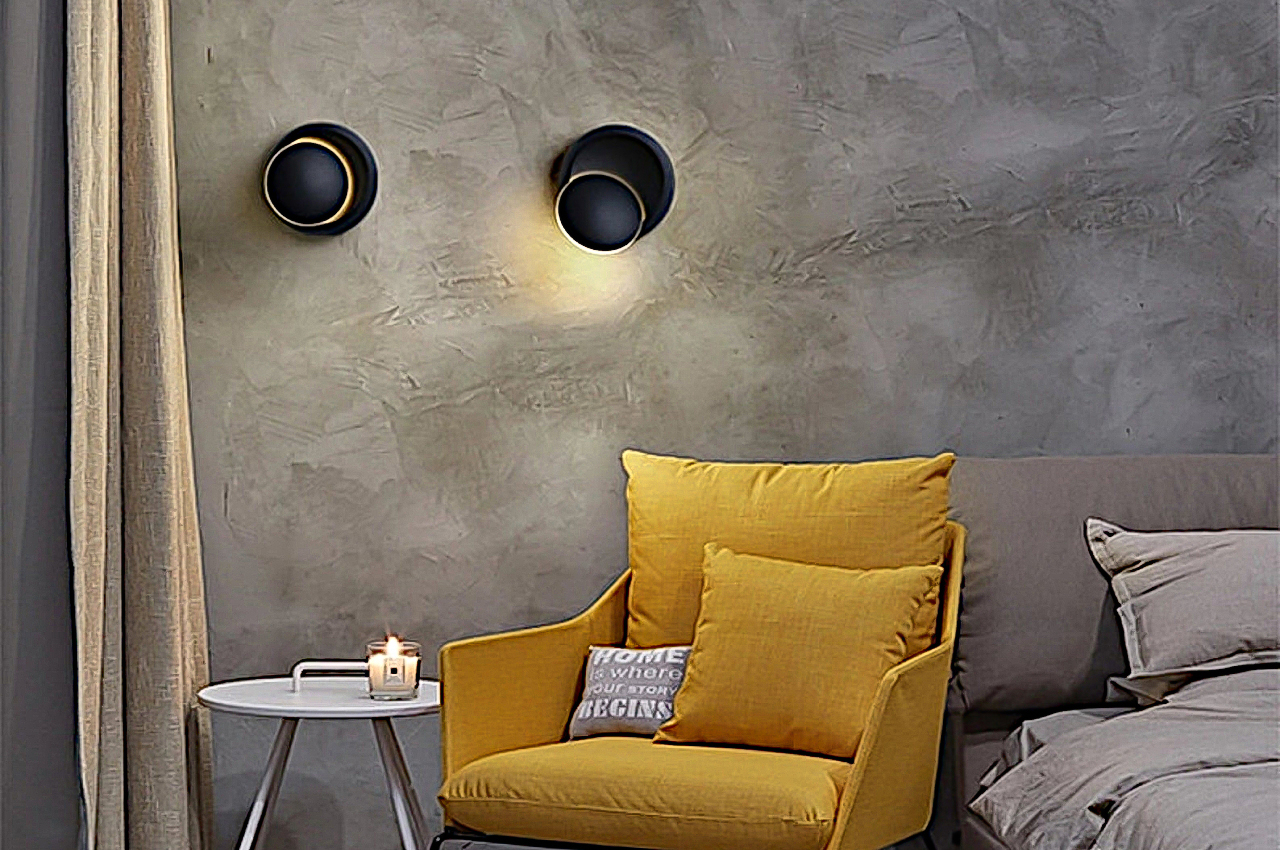 There are only a few phenomena in nature that can bring awe and wonder even today, and one of those is a solar eclipse. Although feared in ancient times, eclipses, both solar and lunar, have become sensational events, partly because of their rarity and partly because of their natural beauty. You don’t have to wait for that event to enjoy its eerie yet mesmerizing play of light, of course, especially with this handmade wall lamp that tries to recreate multiple eclipses in your home. 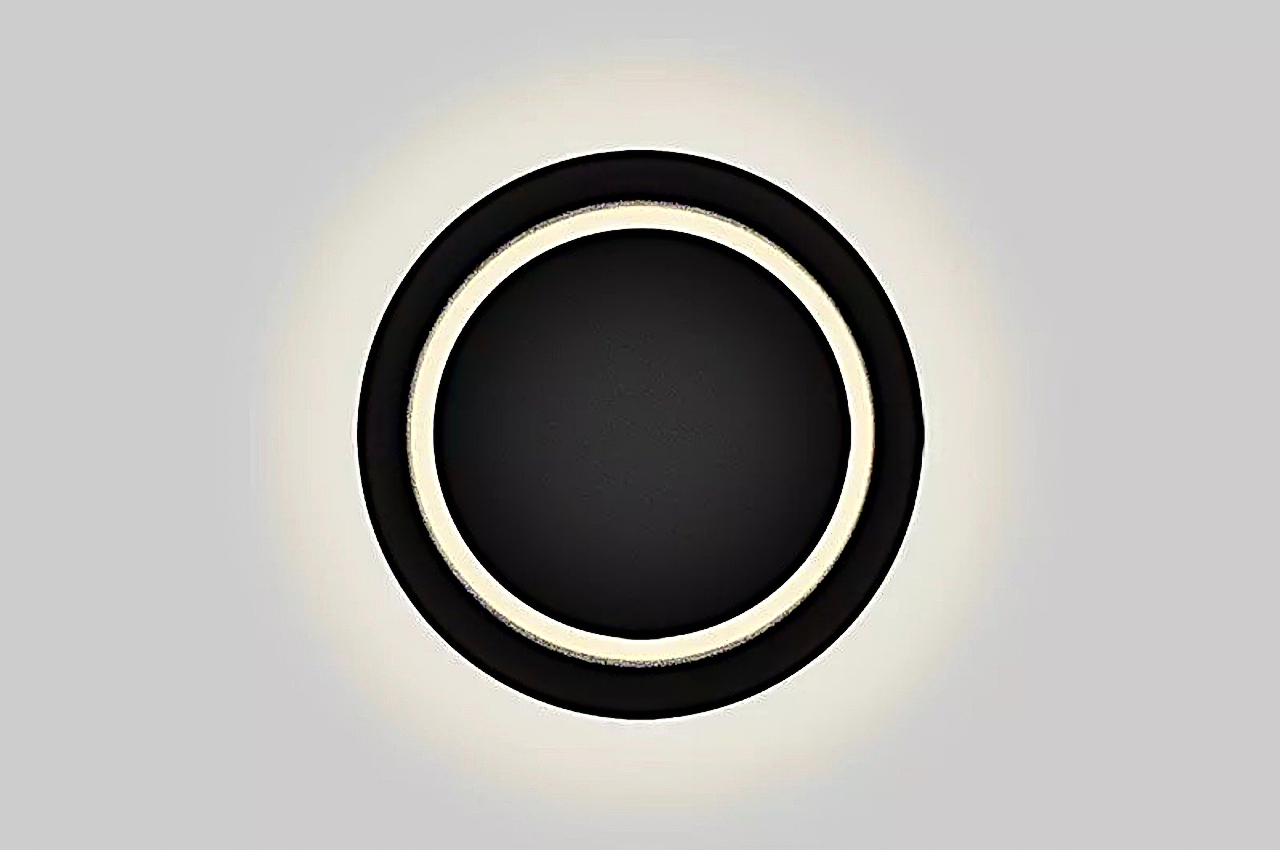 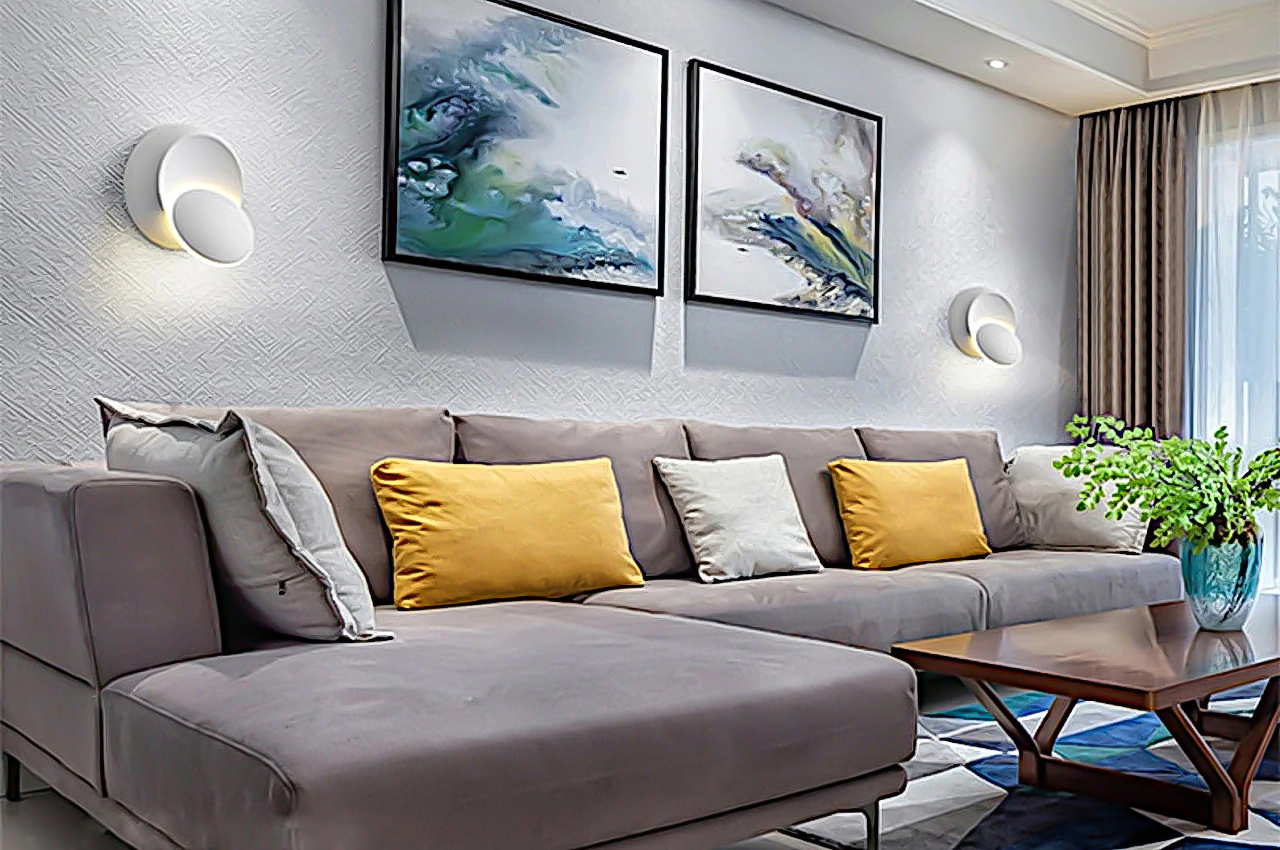 Made from die-cast with an aluminum finish, the Eclipse looks almost like a bulky ring light affixed to your wall at first. The round cone-shaped body protrudes from the wall and seemingly emits faint light inside, occluded by a circular cover of the same black or white colorway. In this base position, the Eclipse lamp already demonstrates the reason for its name, looking like an annular solar eclipse, where the moon is too far away to completely cover the sun, resulting in a ring of light. 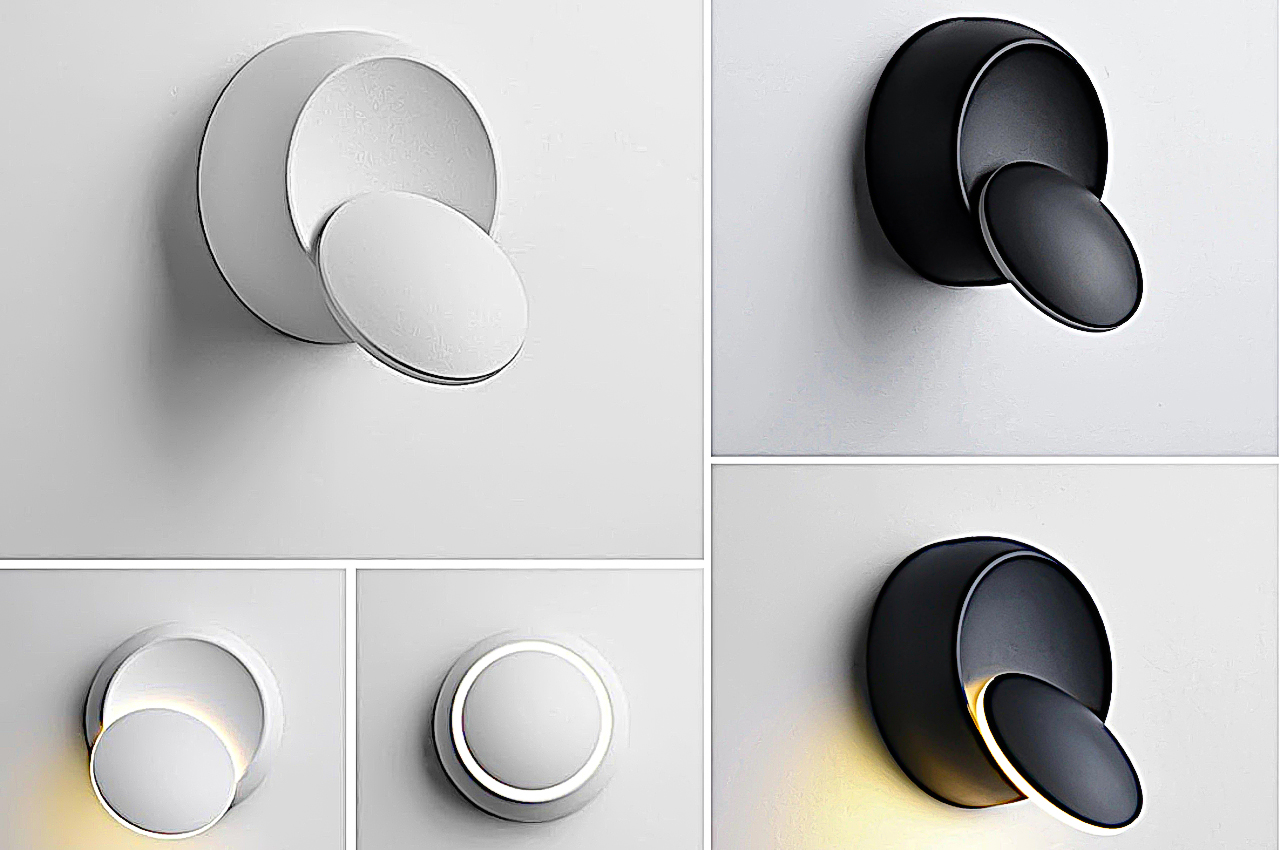 Looks can be deceiving, as they say, and that “cover” is actually the lamp’s light source itself. Beneath the disc is an LED light that emits a warm 3500K color at a brightness of around 400 lumens. The choice of an LED light was made for the sake of saving energy in the long run. That, however, is not what makes this lamp special. What sets it apart from other wall lamps is how you can move that disc around 360 degrees, letting a bit more light shine through in any direction of your choosing. 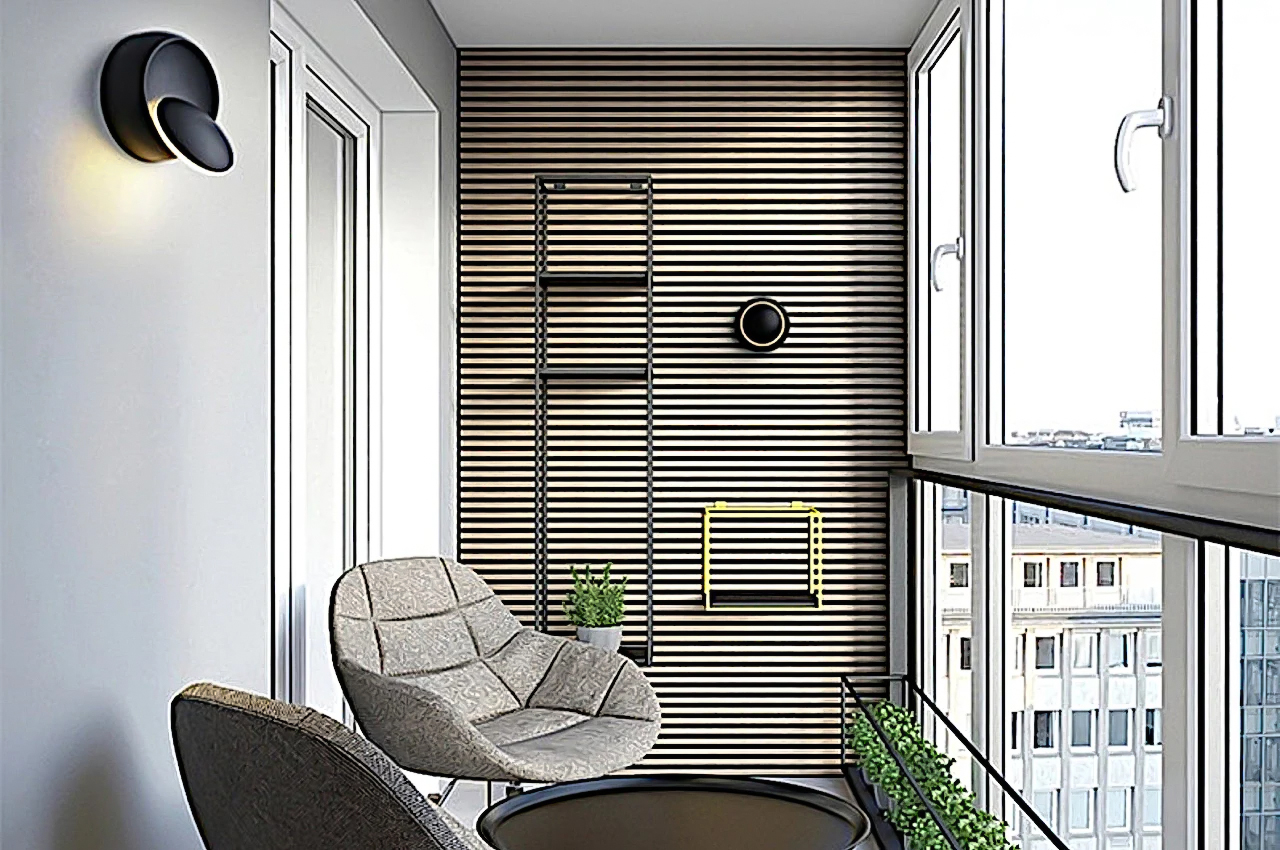 A pivot screw holds the actual lamp in place and lets it slide out and swing around the conical base at any angle. While this does break the illusion of an annular solar eclipse, it does make it easier to direct soft light in other directions. It also creates interesting forms and arrangements in a room, especially if you have a number of these in a single space. You could try to mimic the stages of a solar eclipse, though with the “moon” actually casting the light instead.

The idea behind the Eclipse wall lamp is definitely creative and innovative, though perhaps the actual execution might need a bit of refinement. Even with the use of some moving parts, it still offers a simple way to spruce up a space, especially one that needs a bit of lighting to set the atmosphere. Even better, the adjustable part of the lamp isn’t just an embellishment but actually serves some function when you need to shine more light in the area. 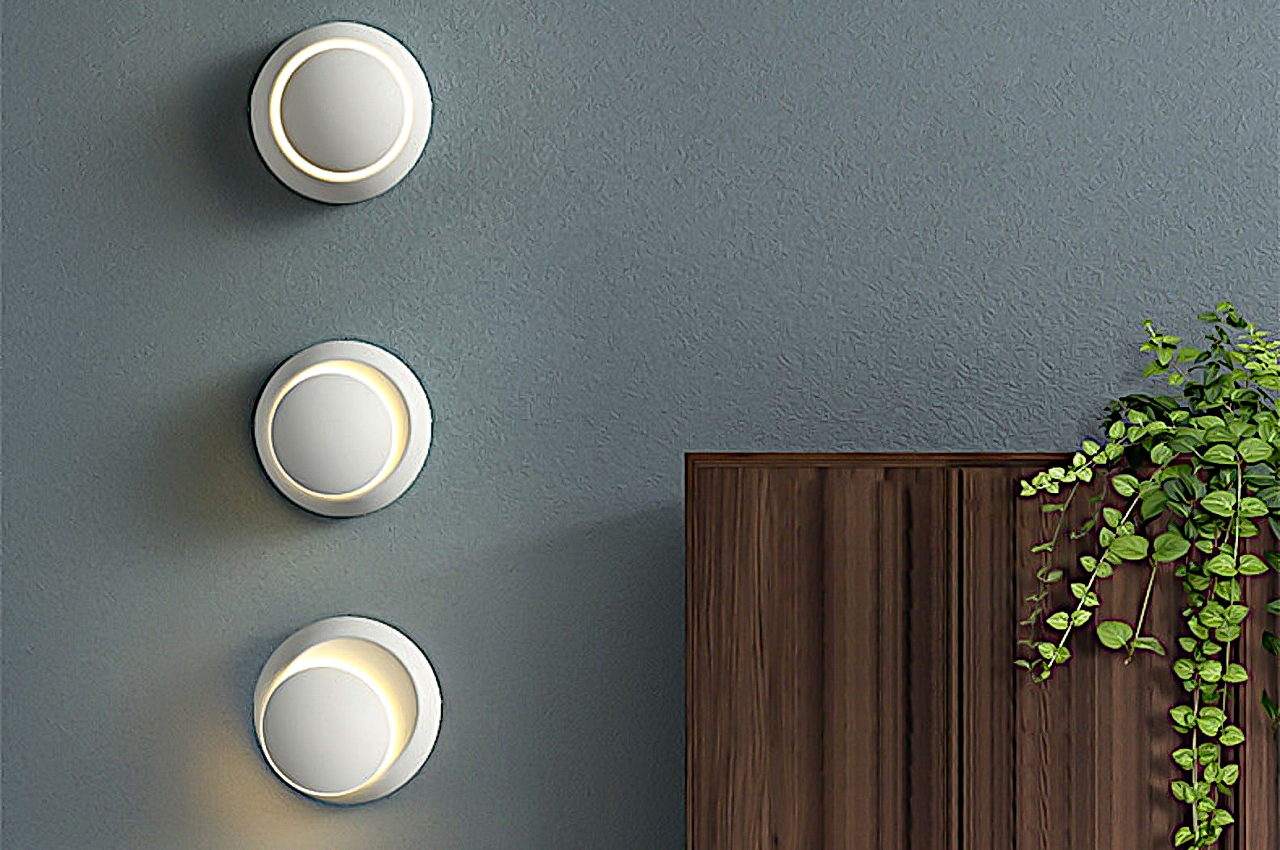 In keeping with Blat Design’s Mediterranean-inspired aesthetic, the Daisy pendant lamp is both light and fresh. Its petals allow plenty of light to slip through…

Sai-so is the story of a beautiful idea: to take exquisite handmade, hand printed antique kimonos, one of Japan’s greatest gifts to the world, and…

Luck be a Lamp

As you might’ve guessed from the name, the Clover lamp takes inspiration from the universal symbol for luck – the 4-leaf clover! This simplistic luminaire…

Meet the ‘S-it chair’ – a chair that you sit on by sliding down its backrest!  This might be one of the most natural way…