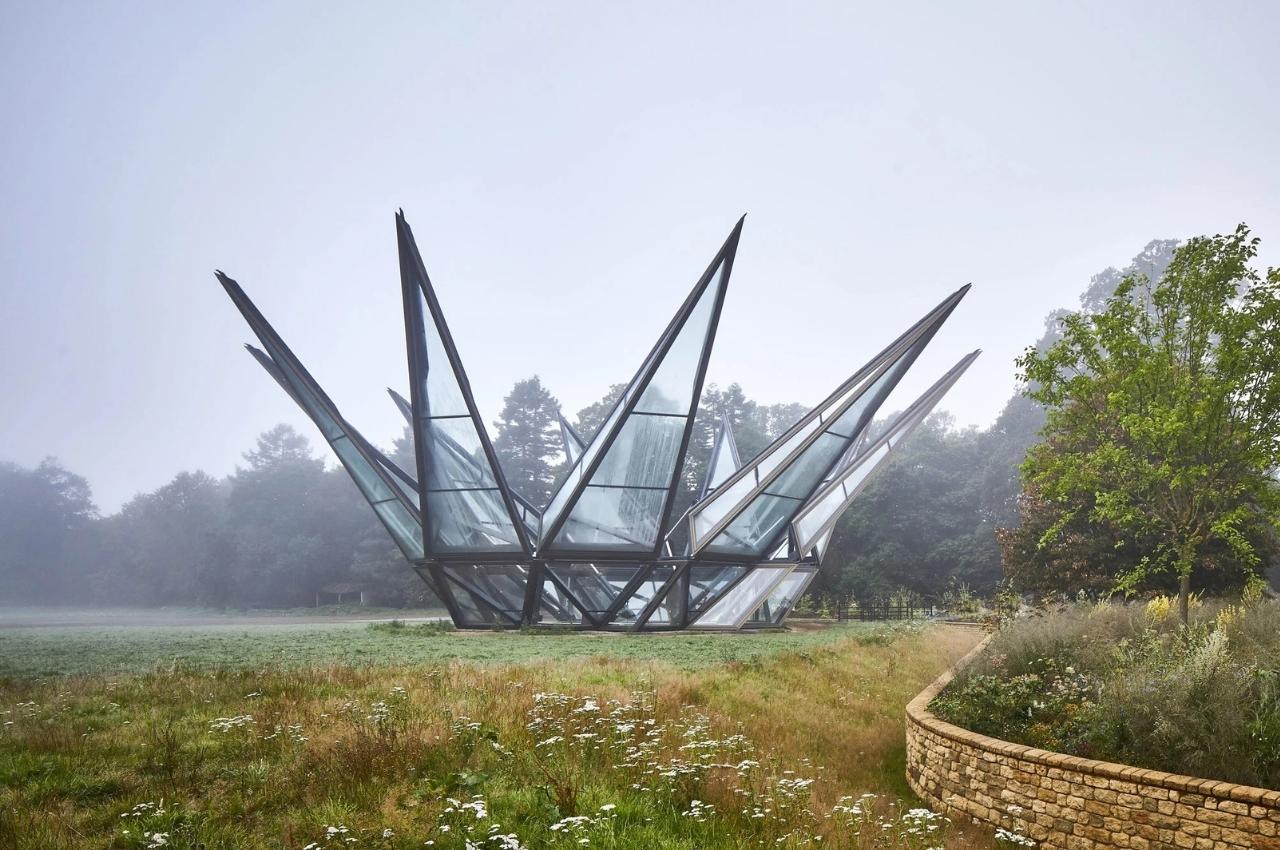 When you visit special gardens when you’re traveling, you expect to see not just amazing flowers and plants but also extraordinary structures built to house them or around them. The Woolbeding Gardens in West Sussex is one such place where you can now see the Silk Route Garden, a 12-step journey celebrating the ancient trading route between Asia and Europe during the 2nd century BC. And on the edge of that garden, you’ll see a jewel-like structure that will open up as a crown but is actually a glasshouse. 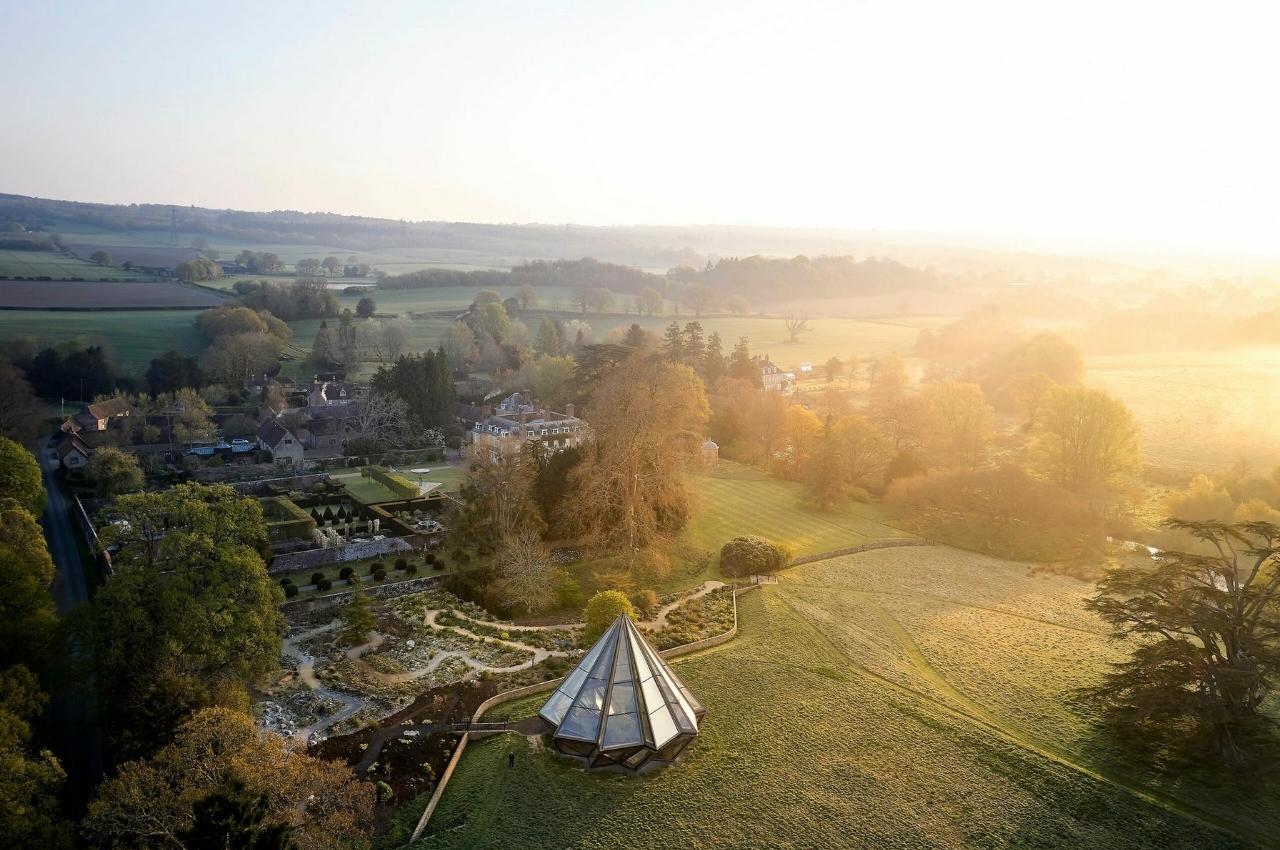 The kinetic Heatherwick Glasshouse is the focal point of the Silk Route Garden with its ten steel sepals and its glass and aluminum facade. During the summer, the glasshouse will open up through its hydraulic mechanism which takes four minutes to be fully open. This allows the plants inside to be exposed to the sun and to natural ventilation and also for the visitors to see the various subtropical trees and shrubs inside. But during winters or colder weather, the Glasshouse will remain closed to protect the subtropical species inside. 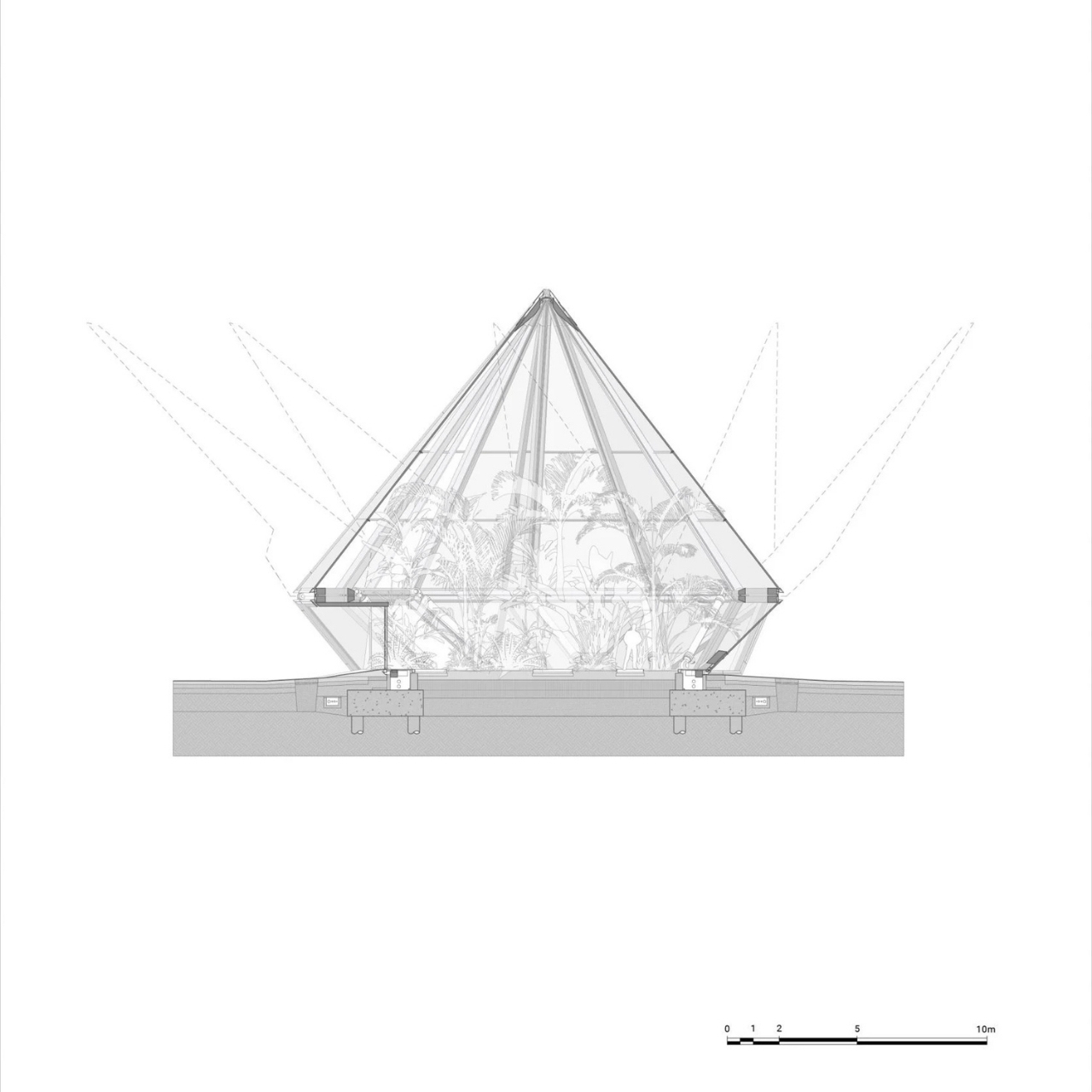 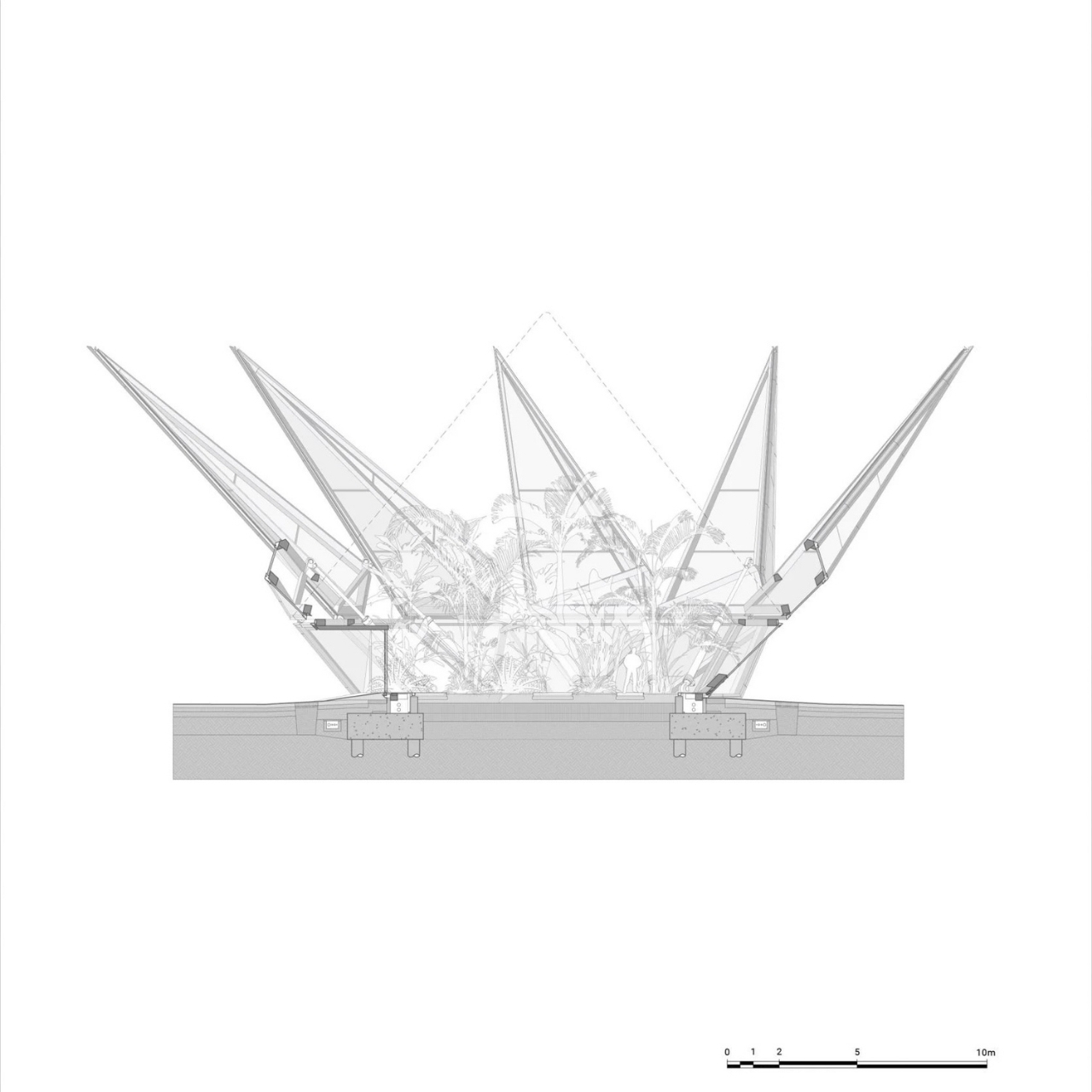 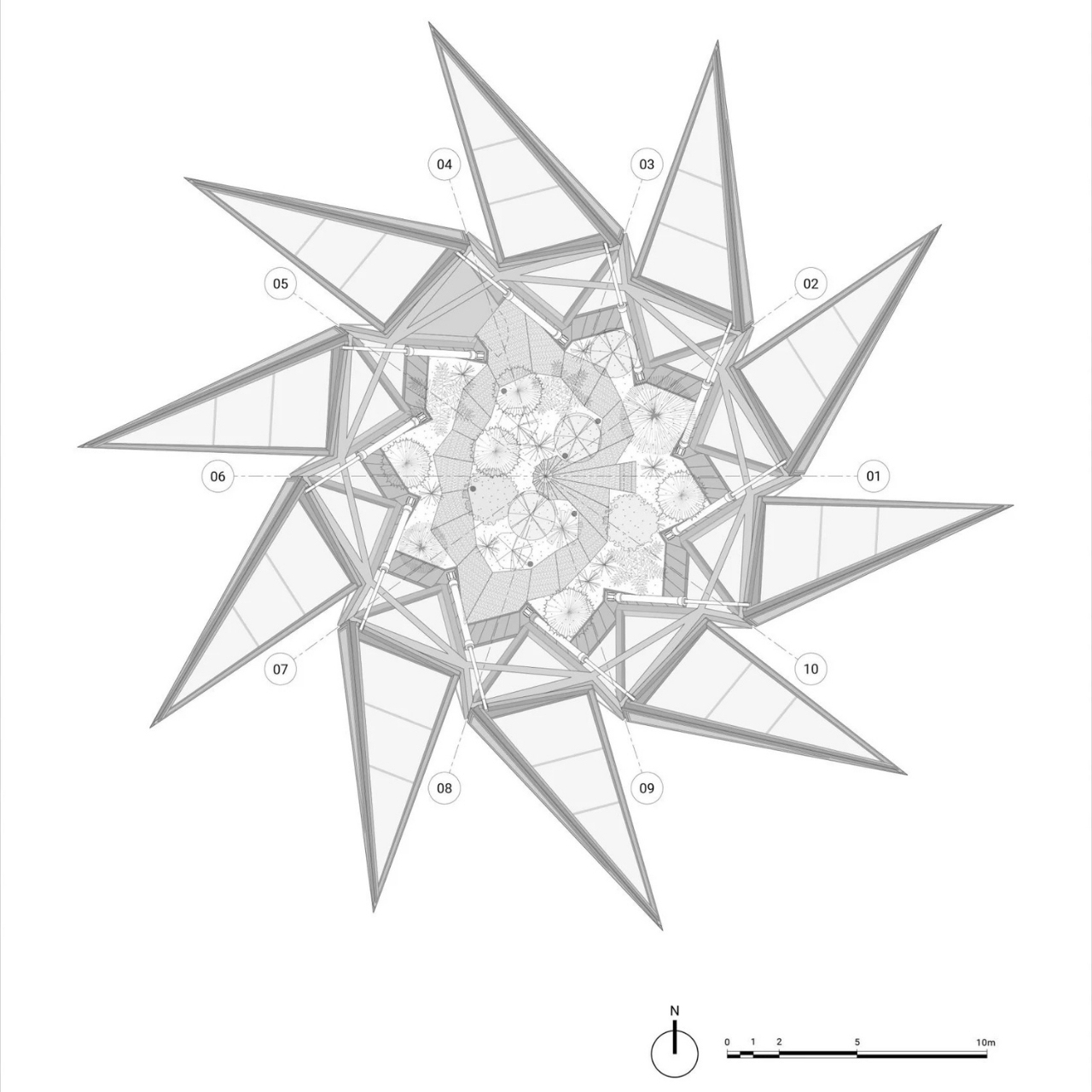 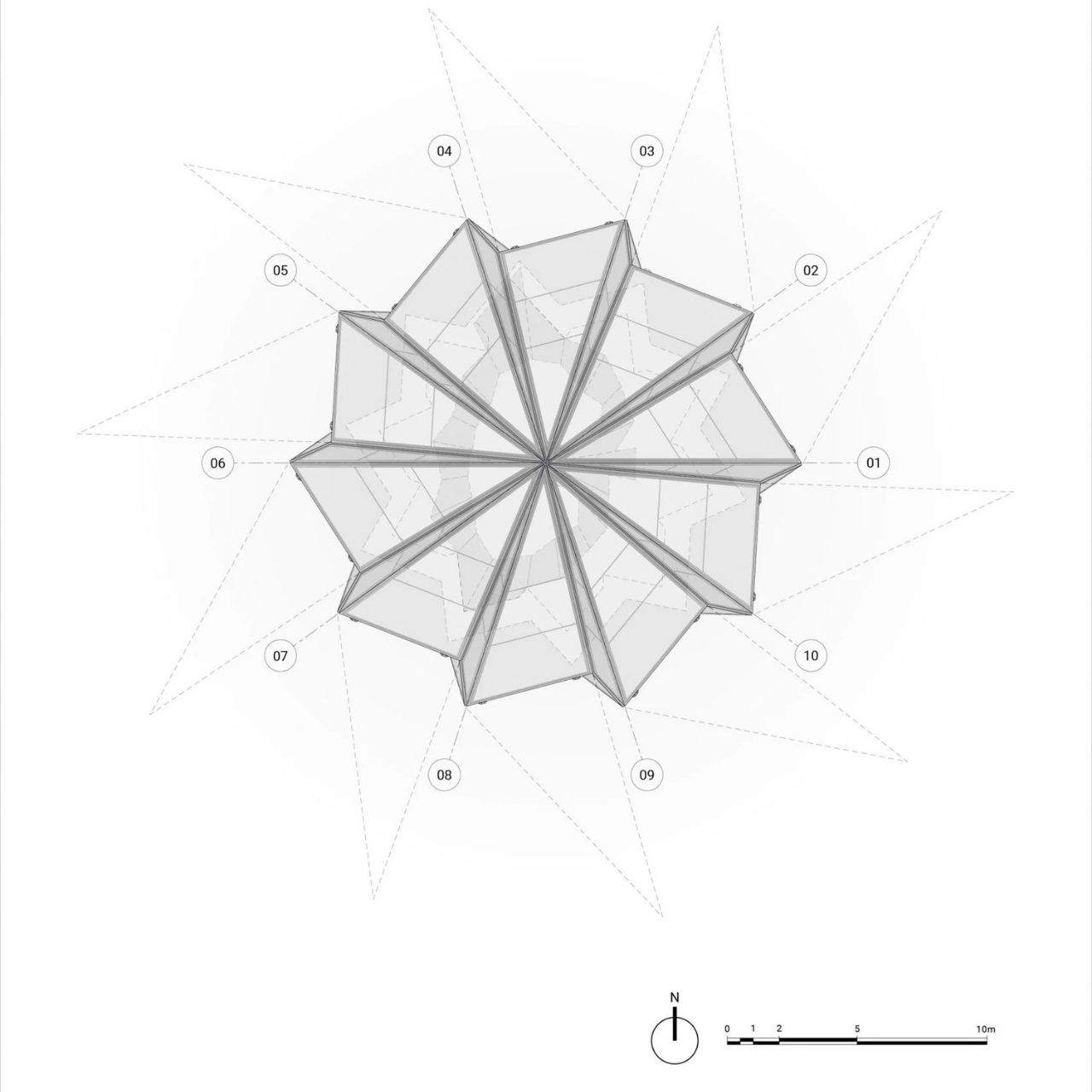 The design is inspired by ornamental Victorian terrariums or sealable containers with soil and plants. These were often made of glass hence the material chosen for this structure. The ten steel sepals support the angled glass planes. They were inspired by actual sepals found on flowers, which are basically the leaves that encase a developing flower. The hydraulic mechanism meanwhile was developed using liquid under pressure that moves in a confined space. 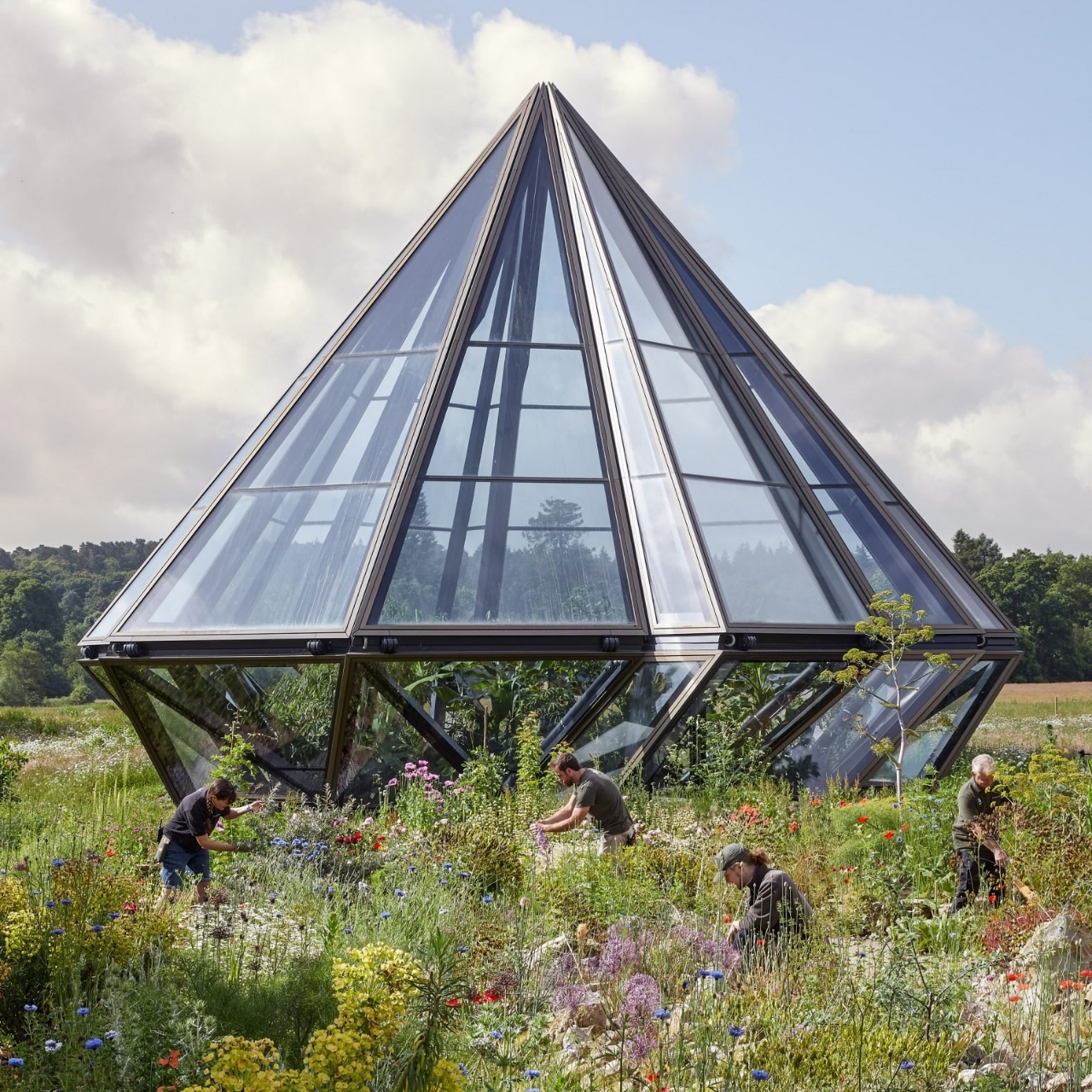 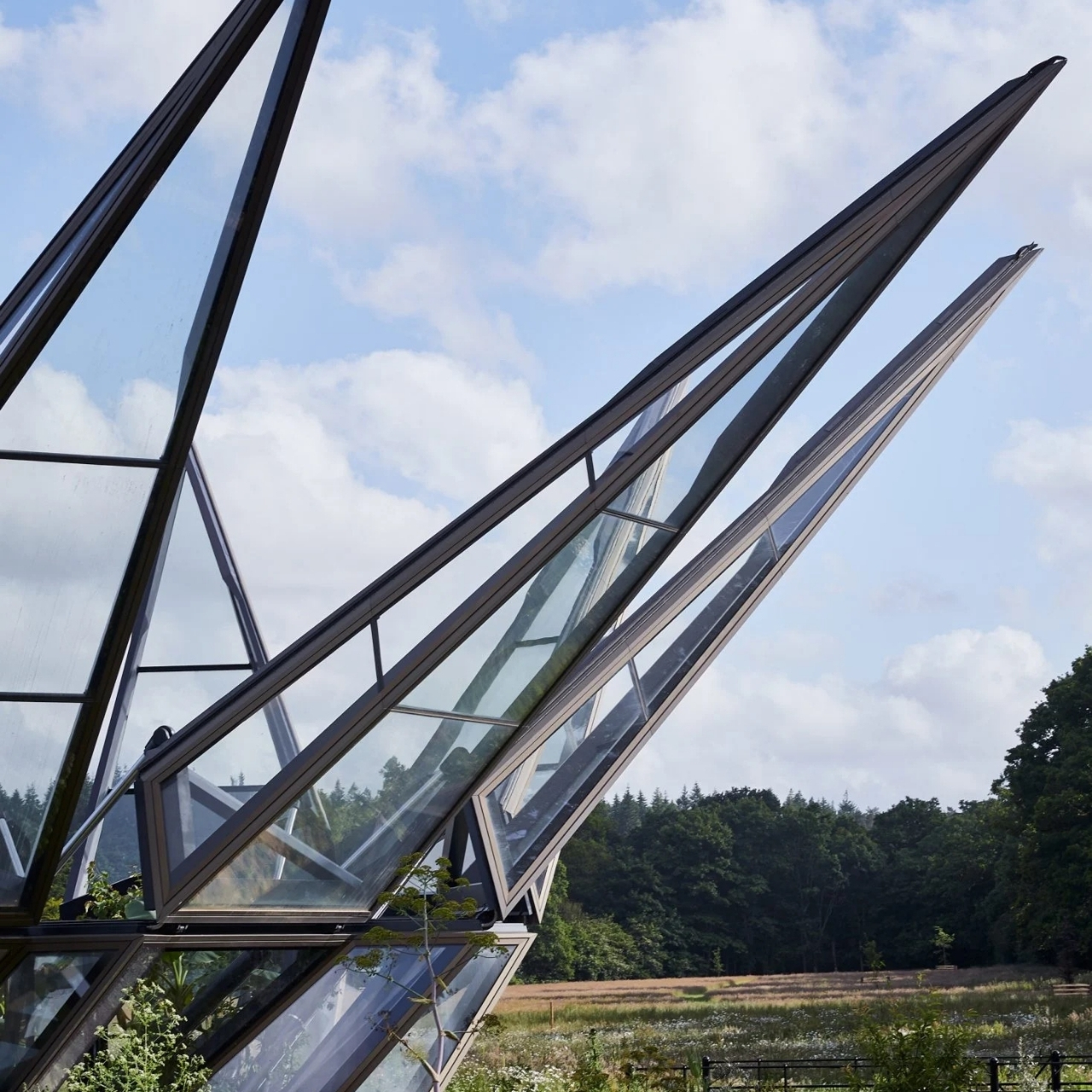 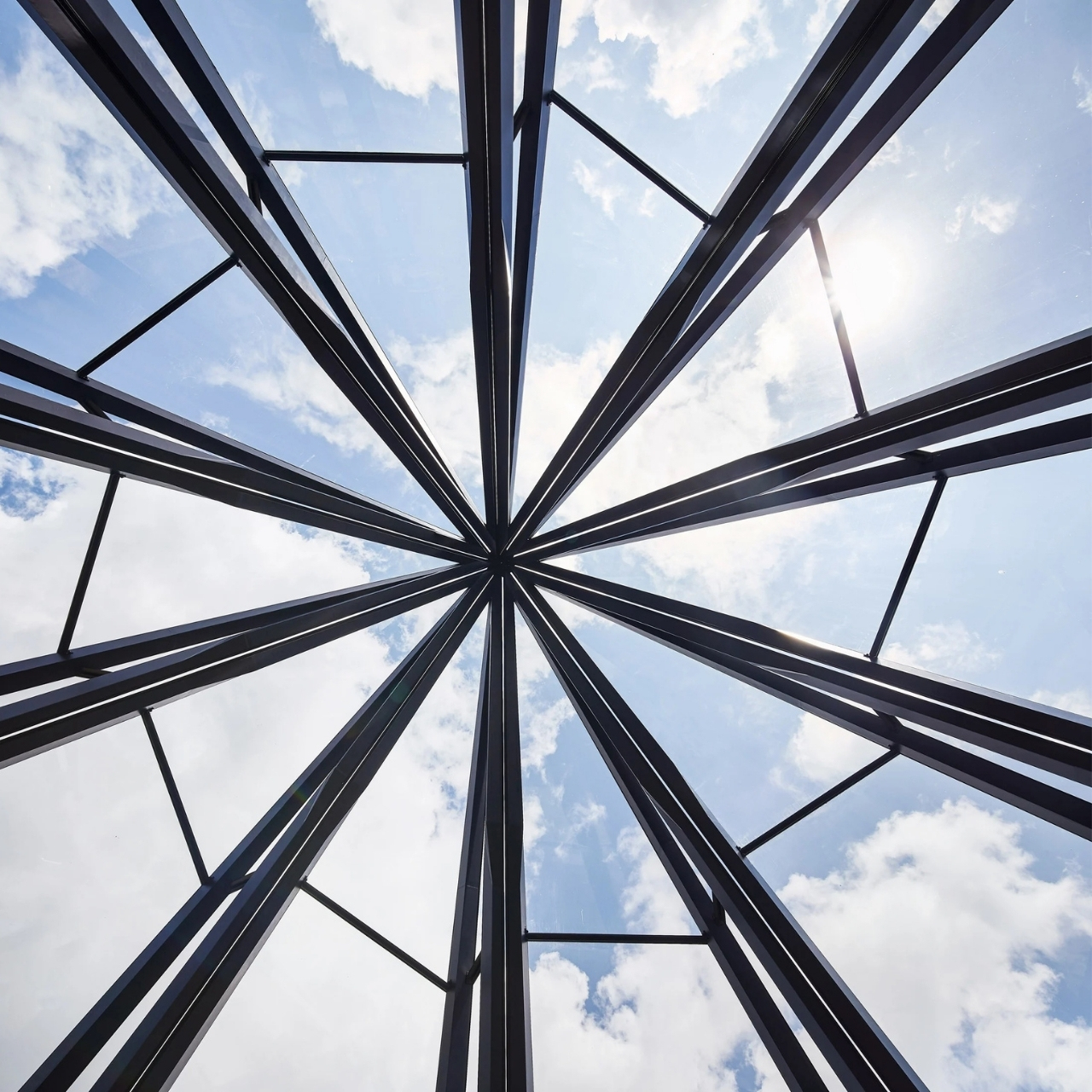 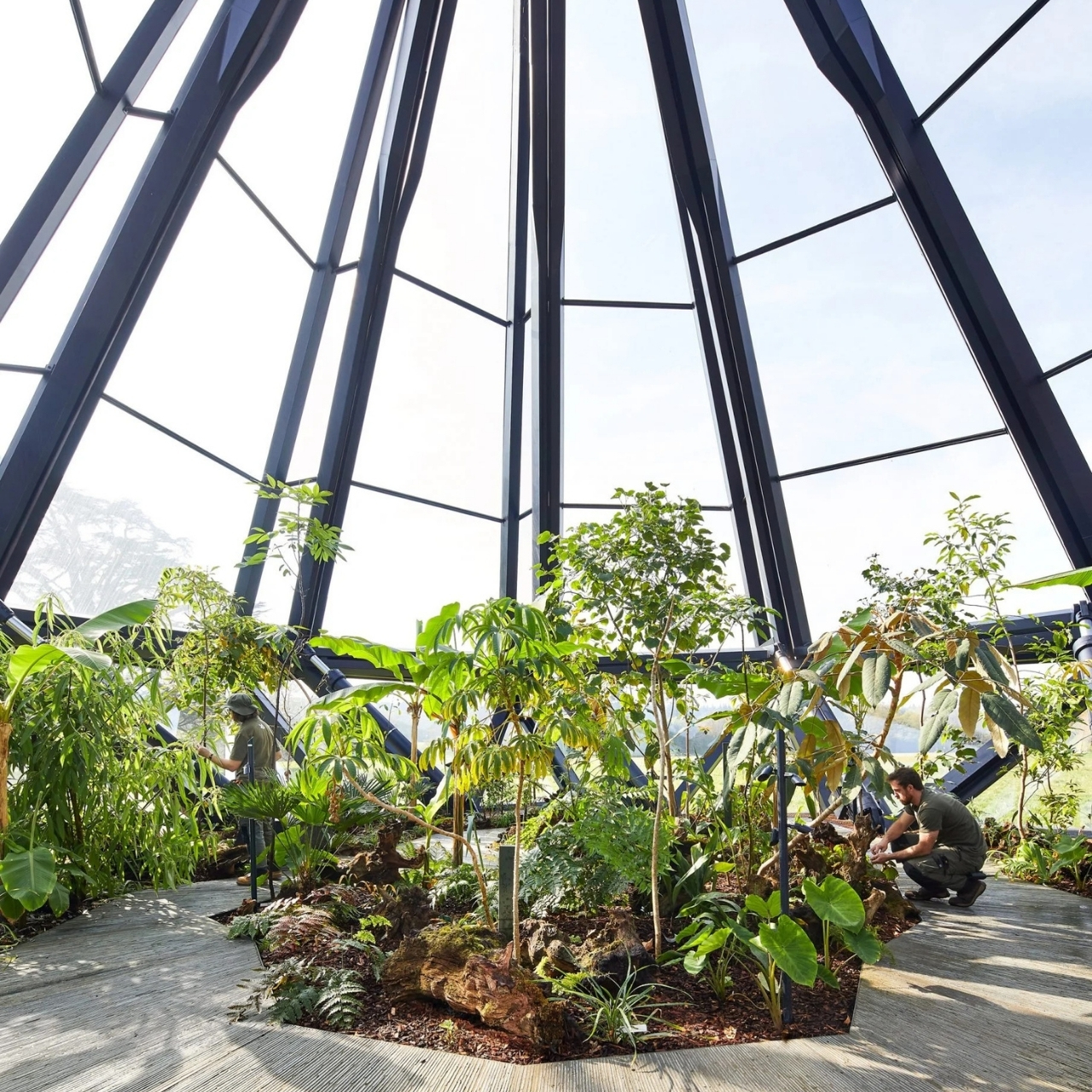 Inside the Glasshouse, you’ll see the rare specimen of Aralia Vietnamensis, a tree specie that has self-supporting growth form and provides shade for the tender ferns that grow with the umbrella trees, magnolias, and bananas. Aside from being a “crowning achievement” in design and engineering, it also restores part of the history of both the Silk Road and the entire beautiful and historic Woolbeding estate. When it is closed, the glasshouse looks like an undiscovered jewel in the middle of the garden but as it slowly unfurls, you’ll see it’s a majestic crown, the crowning jewel so to speak of the Silk Route Garden. 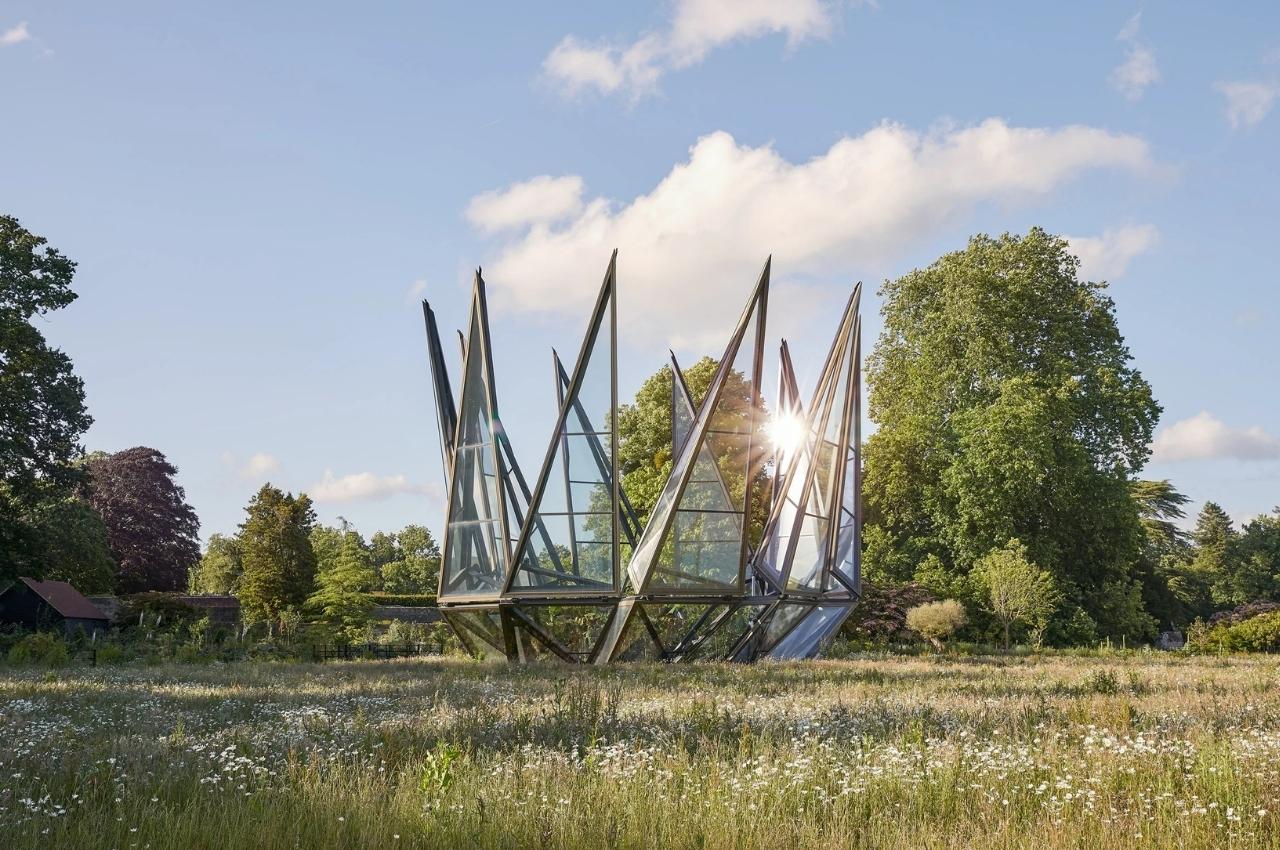 Having a contemporary piece in the midst of all these historic plants, flowers, and flora shows that these two settings can still speak to each other and are of course connected. Around the Heatherwick Glasshouse, you’ll see a winding path with more than 300 species of plants that were found in the twelve distinct regions of the Silk Road. 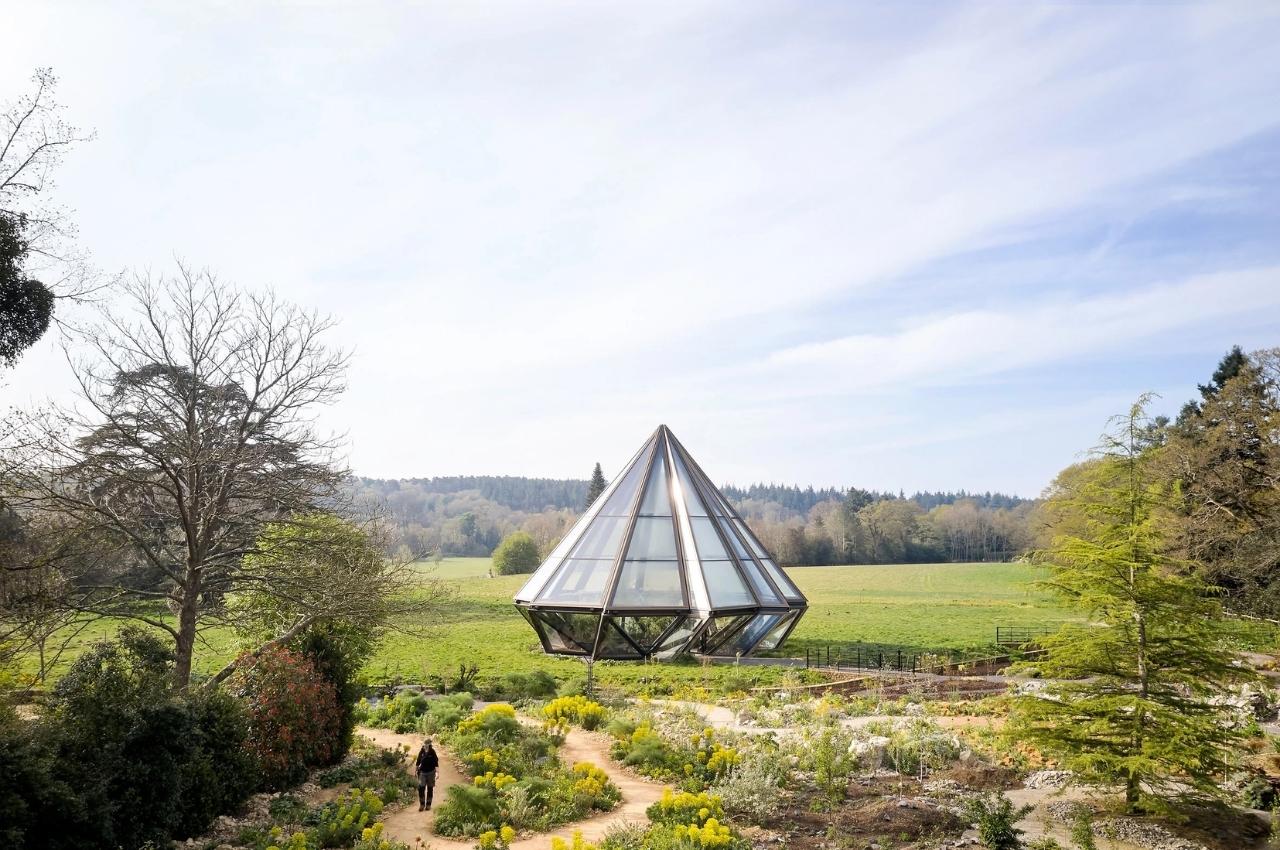 If you grew up watching Wall-E, you will probably be reminded of the garbage cubes when you see this project by ByFusion. The ByBlock is…

Most Buzzed Designs of December 2016

Homes designed to help you achieve an eco-friendly + green lifestyle

With the world turning topsy turvy since the pandemic hit us, living in a sustainable, conscious, and smart manner has never been more imperative. Our…