None of us comes with superpowers (or do we?) normally exhibited by superheroes so casually in movies. Annihilating their enemies ever so skillfully, and getting out of precarious situations even when the odds are stacked heavily against them. In real life though, exoskeletons (mostly in the prototype stage) do bring a degree of superhuman power – assisting the leg, back, or arm muscles of the human body. Yet another promising exoskeleton developed by the researchers at ETH Zurich intends to increase arm strength – especially for people with muscular dystrophy.

They call it Myoshirt, a wearable arm exomuscle to compensate for injuries or conditions restricting the normal movement of the arm. The additional layer of muscles is made out of wearable textile that can be worn over the upper body like an armor jacket. Smart sensors embedded in the vest and cuffs detect the wearer’s intended movement and provide able muscular assistance. More simply put, it is like an artificial tendon as the motor shortens or loosens the cable along the length of the muscles for added power and assistance. This could be anything from lifting a big bottle full of water from a precarious position, to providing thrust for pushing someone upwards. 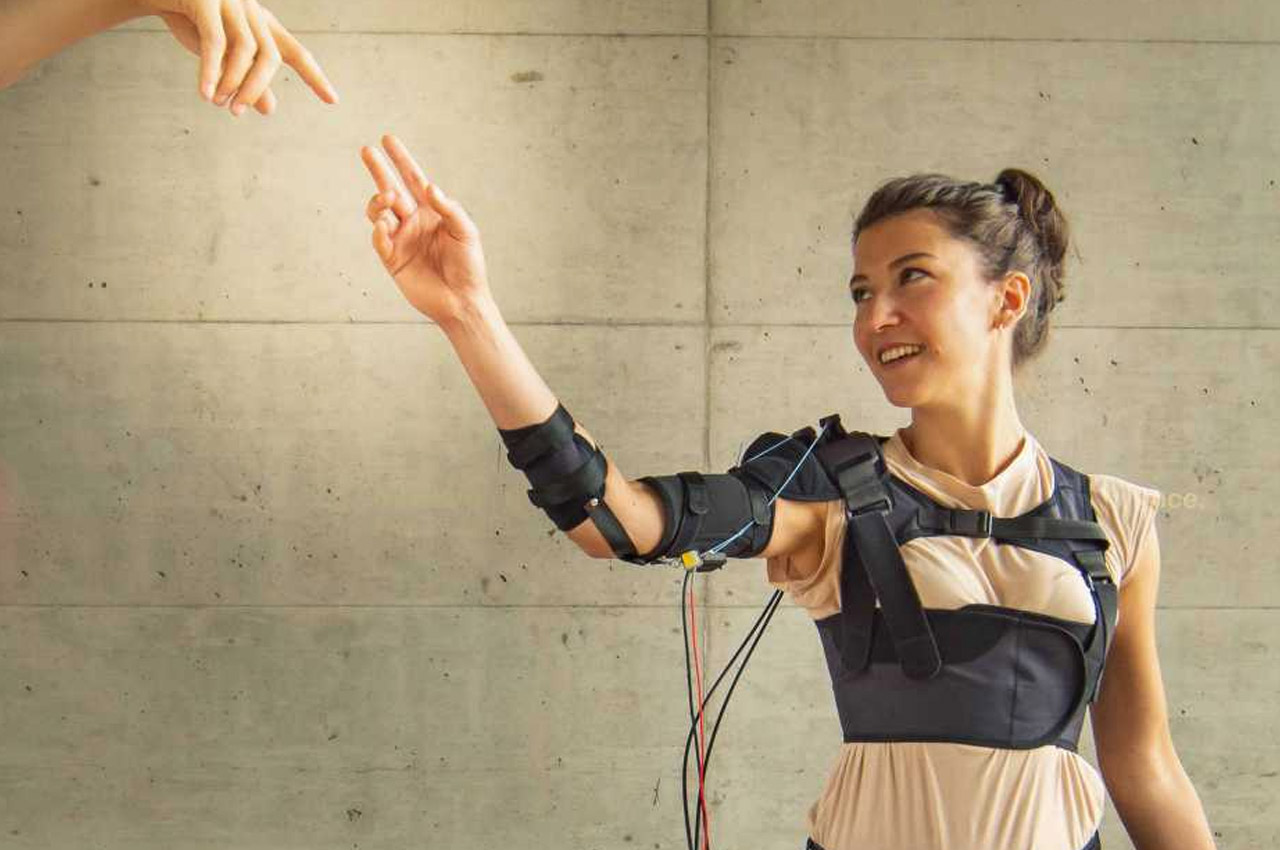 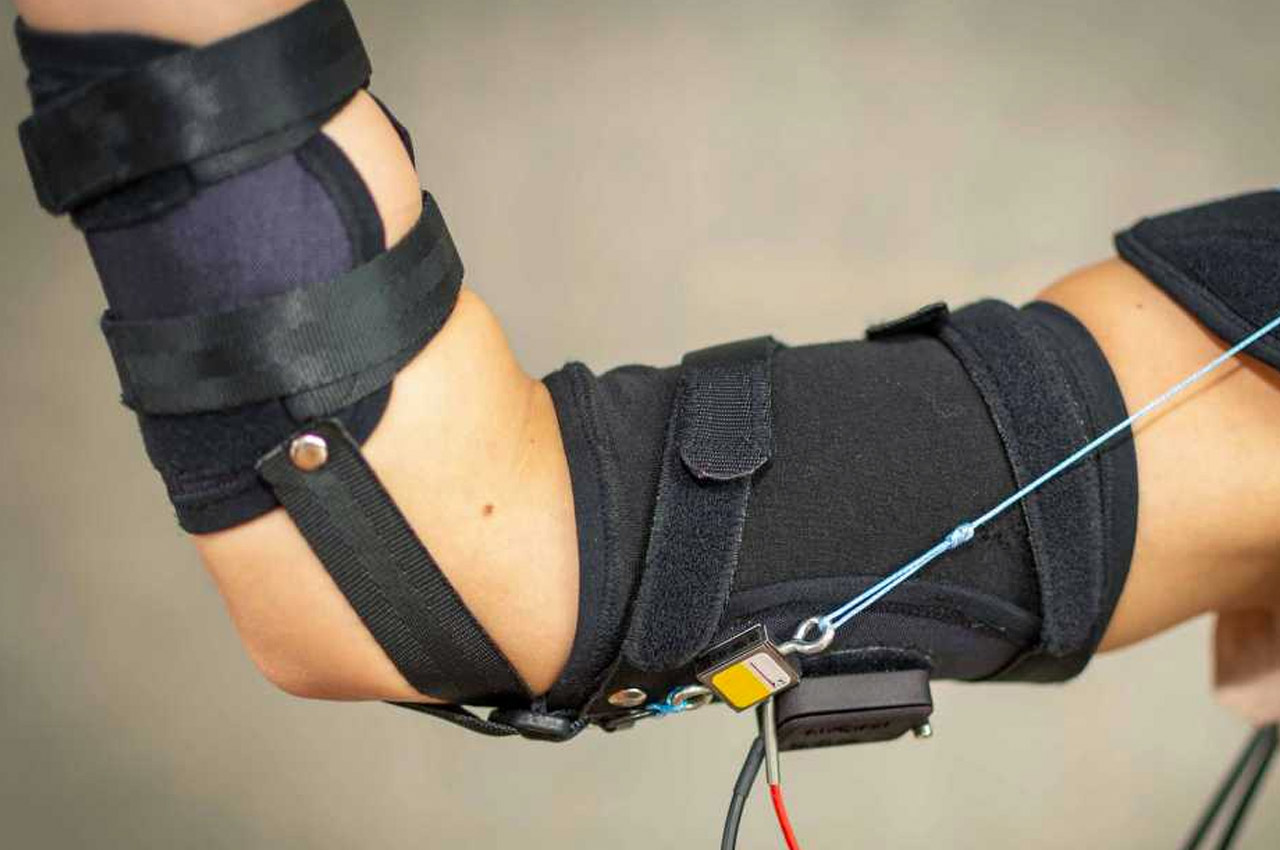 In the initial tests, the design successfully demonstrated its practical viability. 12 volunteers (10 of them completely healthy) were able to exercise for a longer duration, as endurance increased by 60 percent for ones with muscular dystrophy and 30 percent for uninjured ones. Even better, it shot up to three times the normal for people with spinal cord injury. Most of the volunteers found the wearable to be very easy to use, as they were able to lift their arms or hold things for a far longer duration than normal. 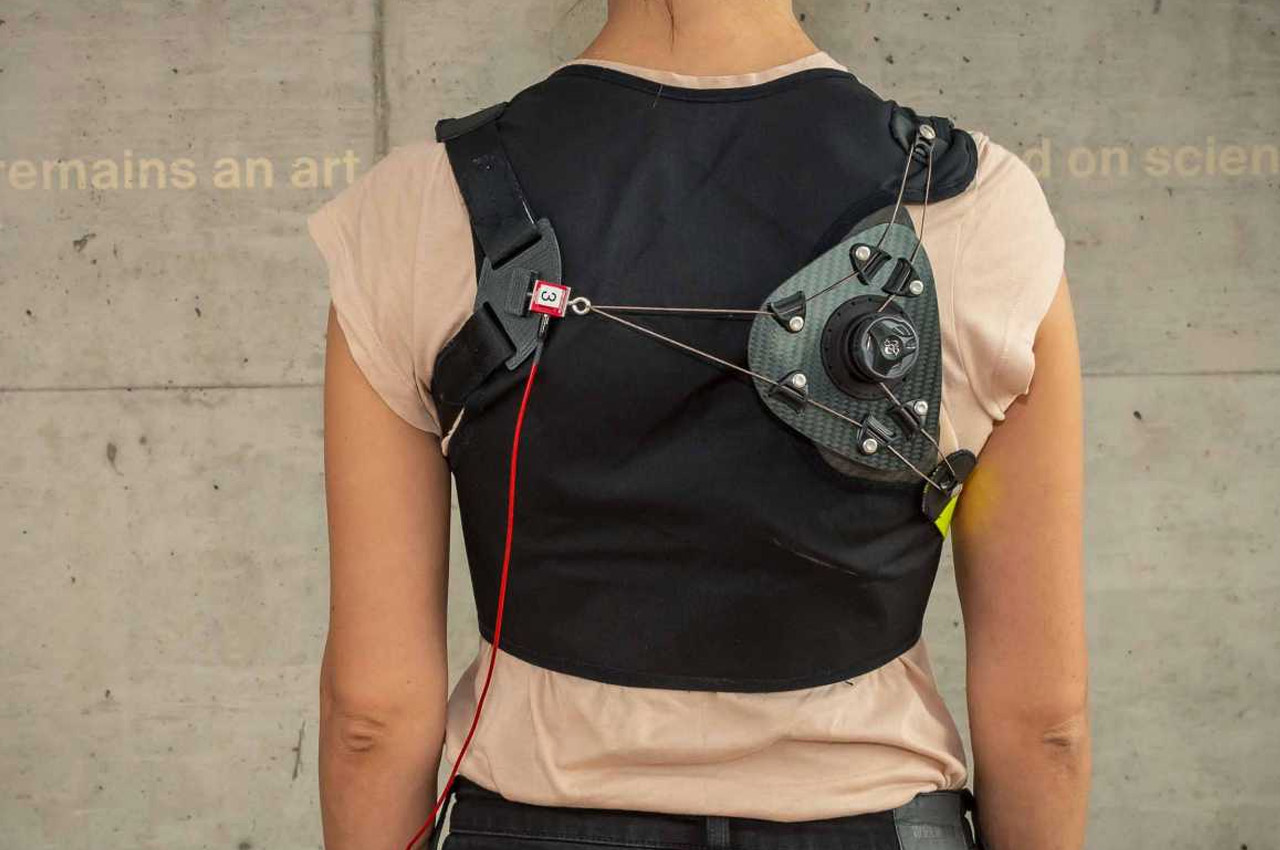 If you were already thinking of exploring the Myoshirt’s abilities in real-life situations, hold your horses for now, as it is still in the early prototype stage. There’s a bulky actuator and external control box that both weigh around 8.8 lbs. So, you’re already leveled up when it comes to having an advantage. For now, the goal of the team is to make the design lighter and smaller – something that can be worn under clothing without causing any uneasiness. According to Michele Xiloyannis, a worker at the Sensory Motor Systems Lab at ETH Zurich, the next phase is about testing the prototype outside the lab and using the result “to further improve it.” 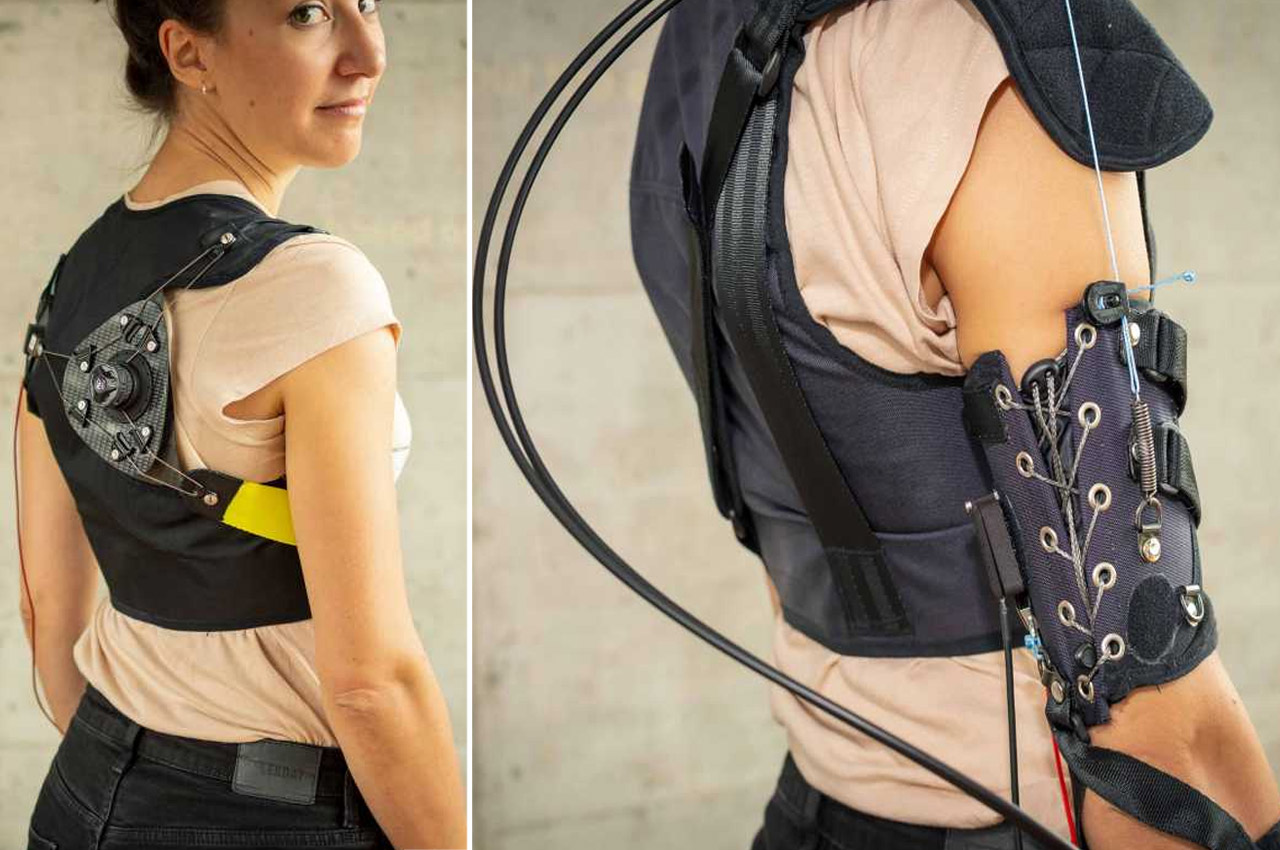 Roadmap for ETH Zurich narrows down the collaboration with their spinoff company, MyoSwiss AG to further refine the working of the exomuscle. To keep things simple for now, the researchers want to focus only on supporting the wearer’s shoulder area to reduce the exoskeleton’s size. Later on, when the product meets fruition they can concentrate on providing muscular support to other parts of the upper body. 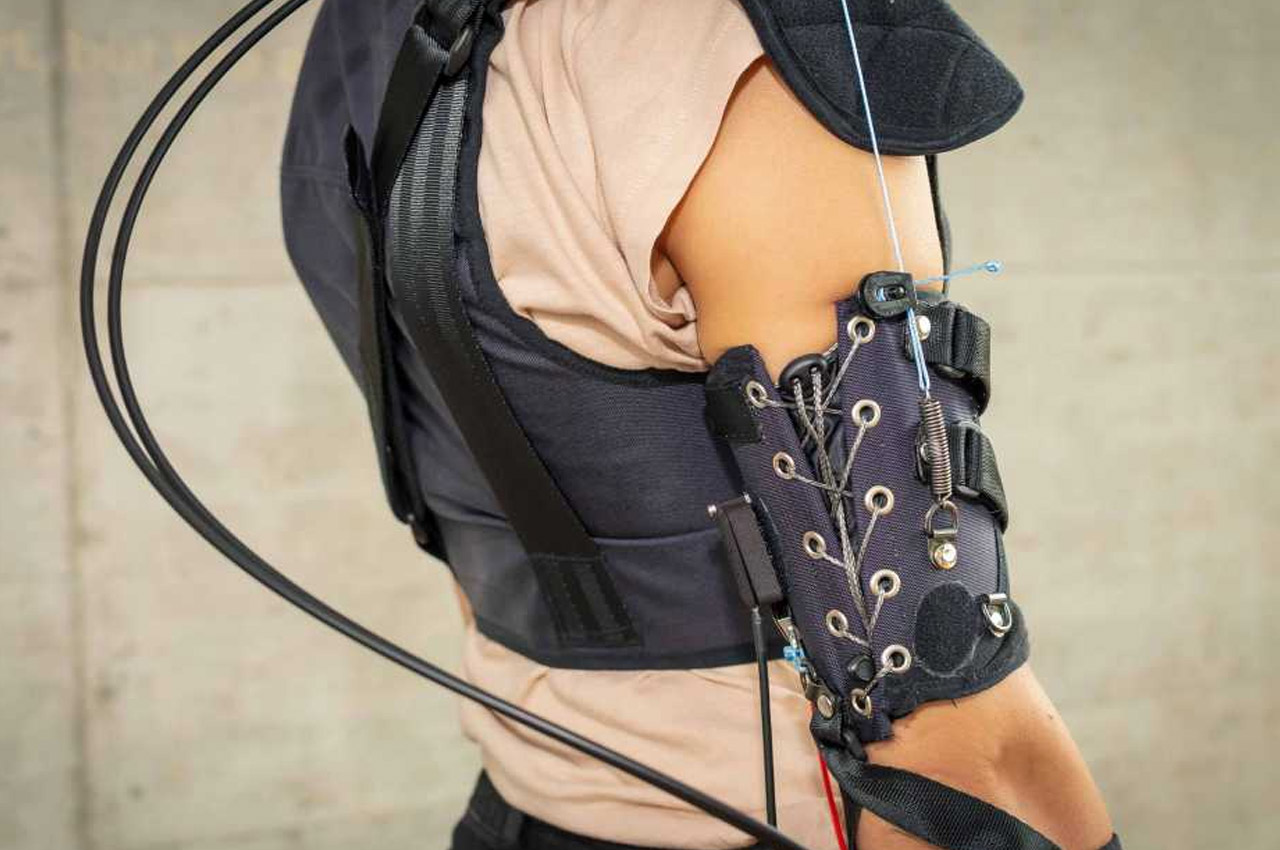 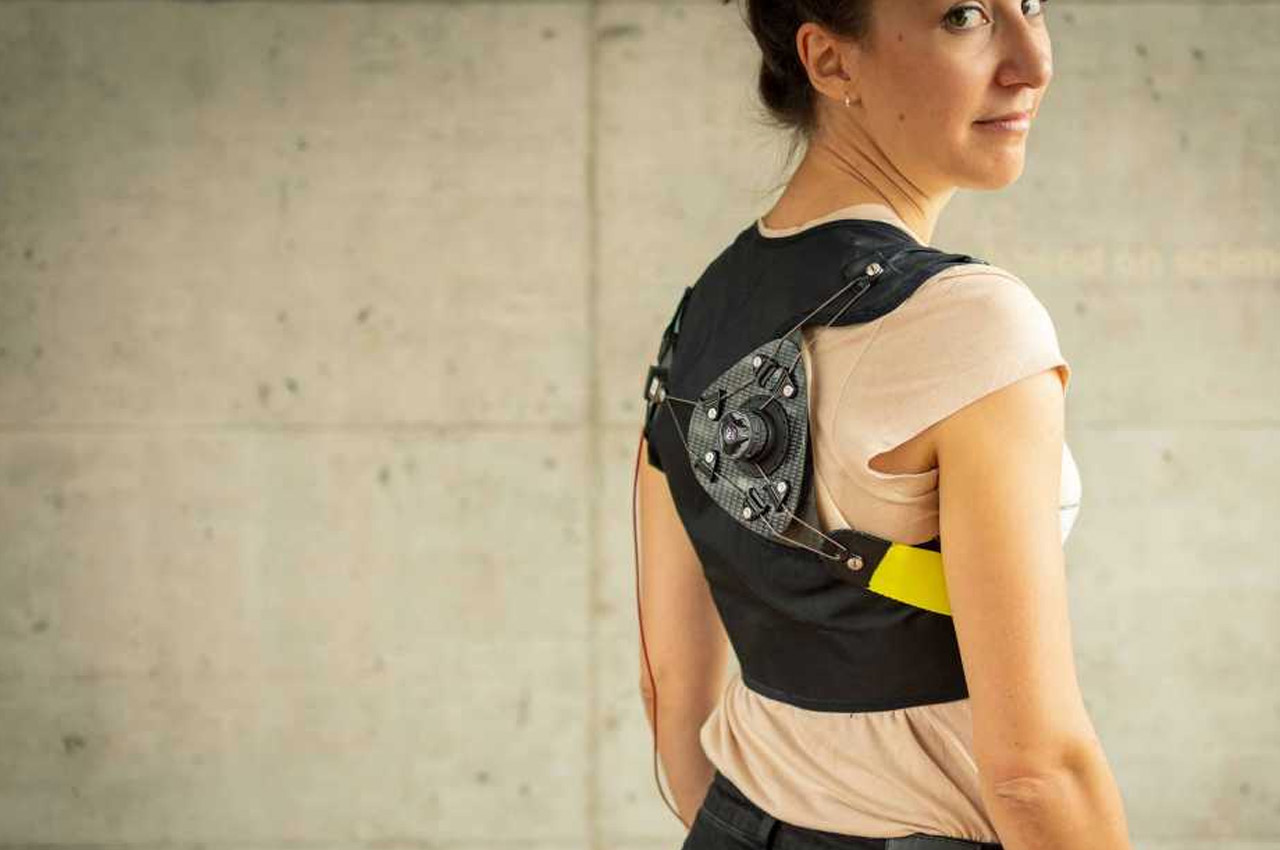 Are you tired, rundown, listless? Do you poop out at parties? Are you unPOPular? The answer to all your problems is this little digital audio…

Kind of reminding me of the Pocket Light, this Paper Light takes the concept of ultra-thin illumination to a new level. Wind driven droplights harnesses…

https://www.kickstarter.com/projects/886384381/sitka-leather-messenger-a-bag-for-cameras-and-ever What I love about crowdfunding campaigns is that when they’re done right, they create this tight-knit community where maker and consumer coexist in appreciation…

Really love this simple Delete Clock, offering us an innovative way of planning our day and keeping with schedules. The whiteboard surface is good for…