Metaverse, meet universe. So much of our AR and VR experience is limited to the indoors. When the landline became a truly wireless (or cordless) device, the first thing that people did was move around with it. No wires means no boundaries, and the smartphone experience is proof. You can use a phone in the subway, on a mountain, even in the middle of a lake. AR/VR headsets? Not so much.

Designed as a graduation project by the students of Hongik University, Calypso is a mixed reality headset that’s designed to be worn and experienced outdoors. While the original intent of the MR headset was to be able to visualize micro aspects of the world like viruses in a much more observable way (making the microscopic world macroscopic), the Calypso’s design treatment is quite impressive, with the way the headset promotes outdoor use without sacrificing functionality or processing power. 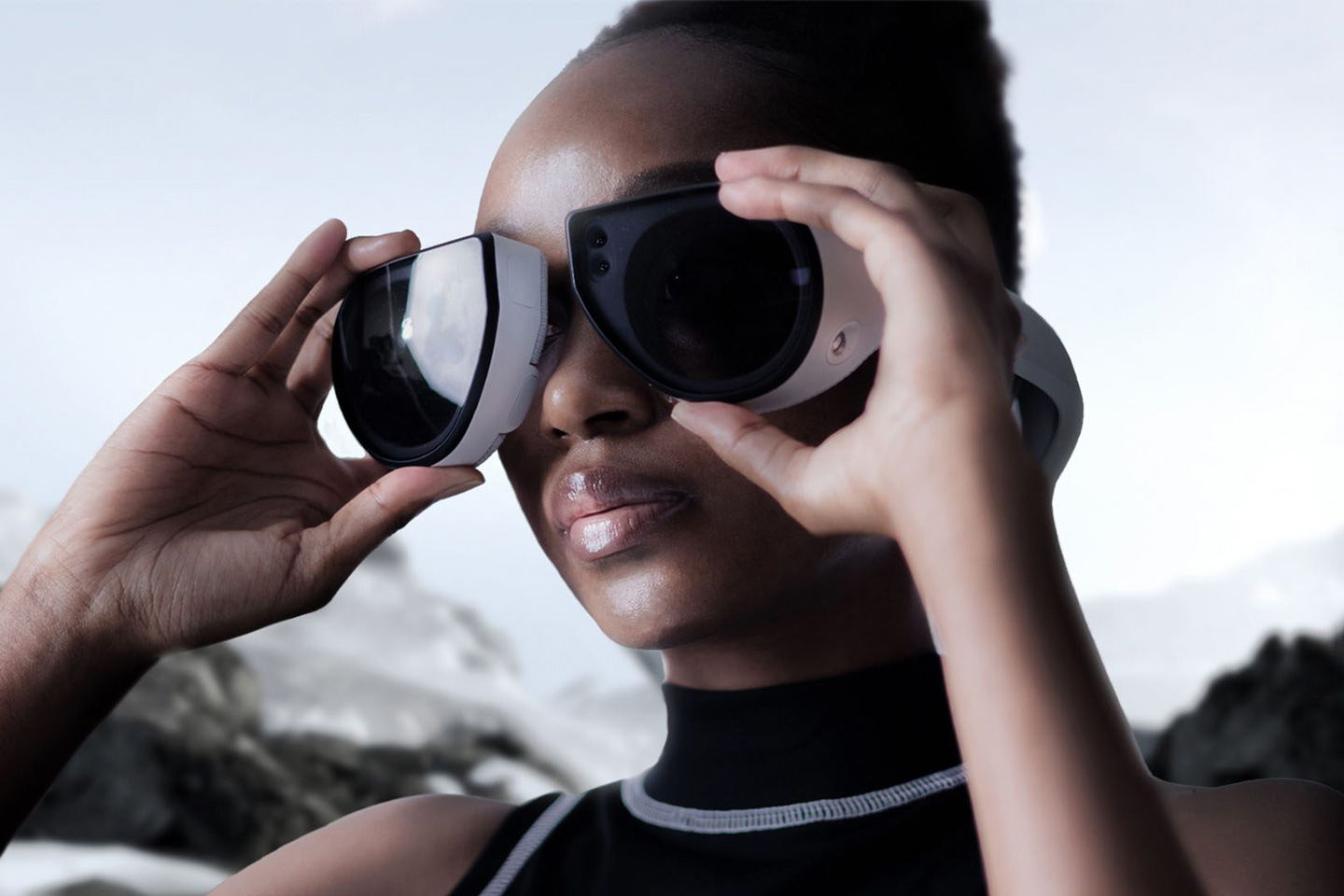 So, how does Calypso do that? Well, it works quite like a desktop computer does… by separating the display from the processing unit. The Calypso’s processor sits in a cylindrical gadget that straps to your body, while the display itself fits around your head, with both the devices interfacing wirelessly. Cameras on the headset send information to the ‘computer’, and the computer in return sends data back that gets displayed on the headset’s tinted MR glasses. 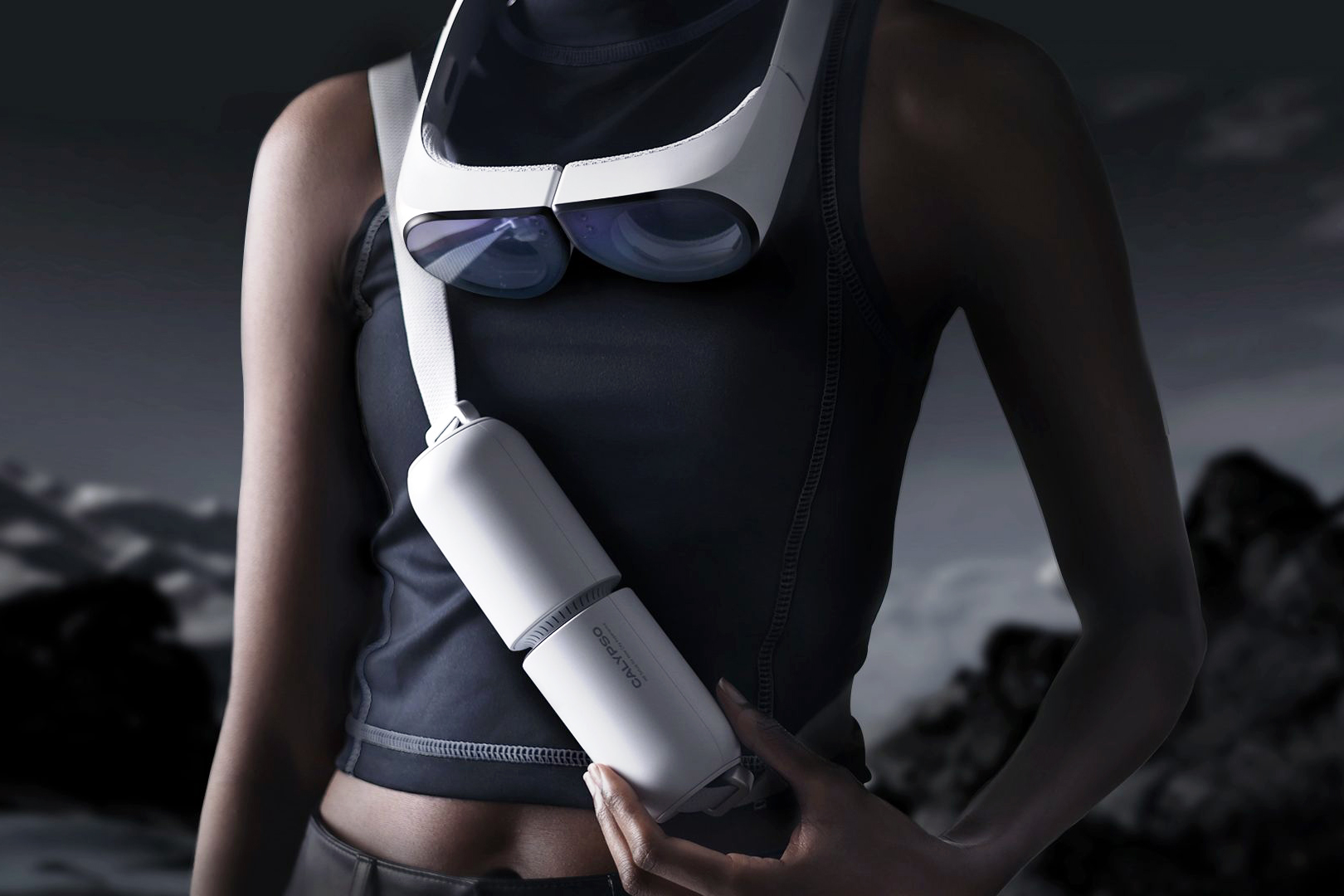 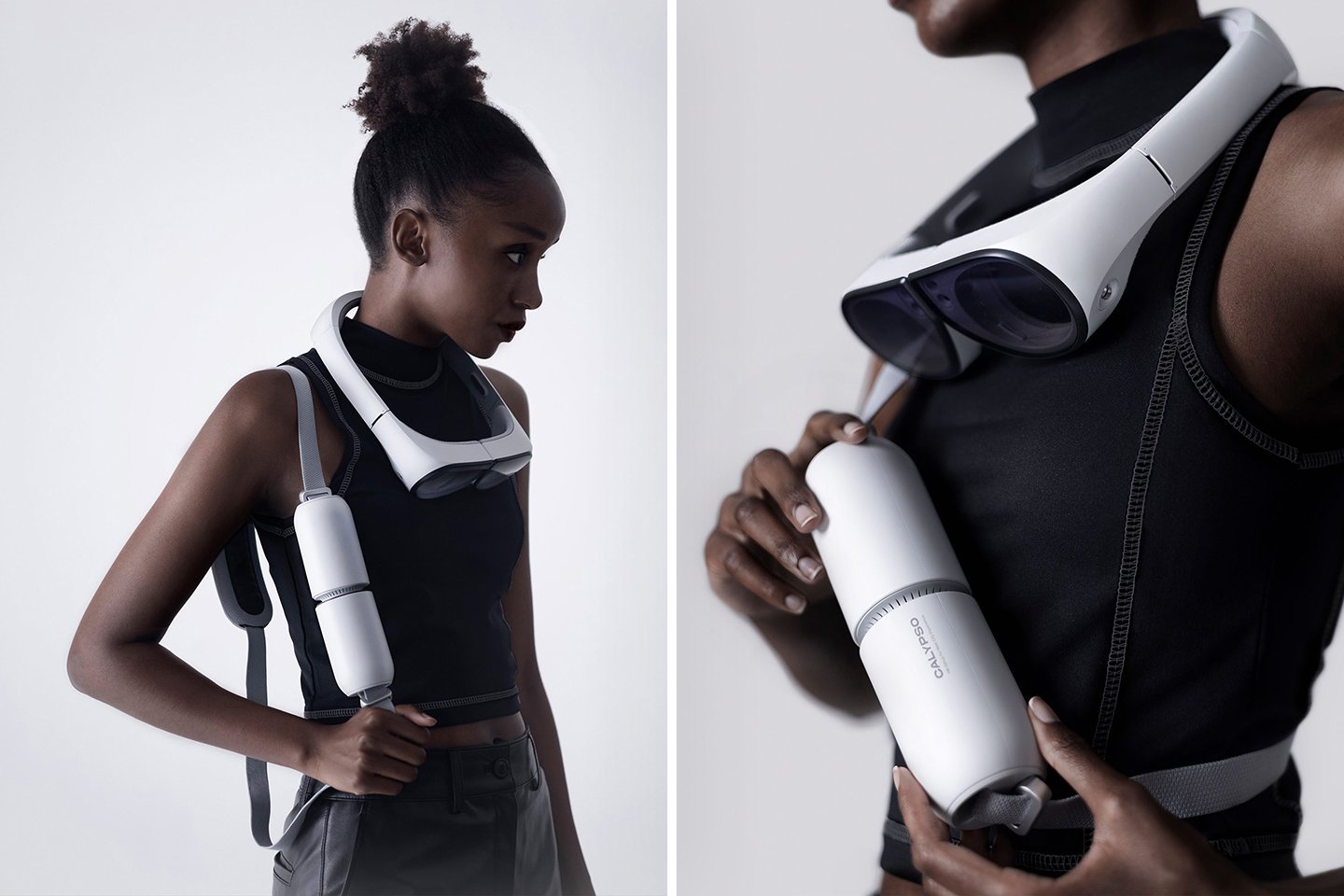 This separation is truly a thing of marvel, as it allows the headset to be a slick, non-clunky device (unlike current AR/VR gear that actually look like massive cinder blocks strapped to your face). Pretty much just the way a cloud server works, all the processing happens ‘outside’ the headset. If I had to draw a parallel, Google’s Stadia would be the perfect analogy. Instead of owning a powerful gaming computer that runs processor-heavy games, Stadia lets you outsource the processing online, so you’re just effectively streaming the game while playing it. Calypso works similarly, with the headset and the body-worn processor interfacing wirelessly. 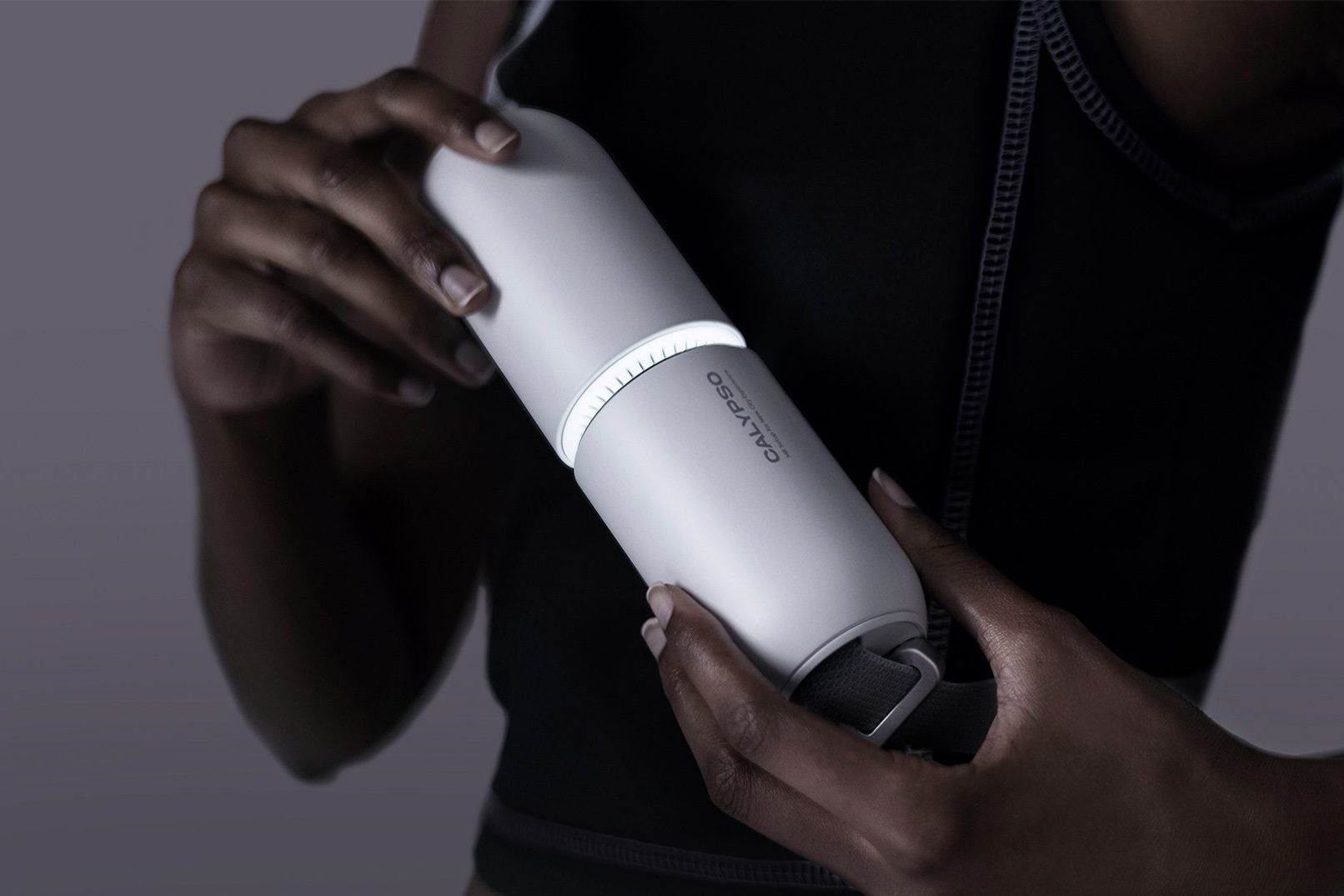 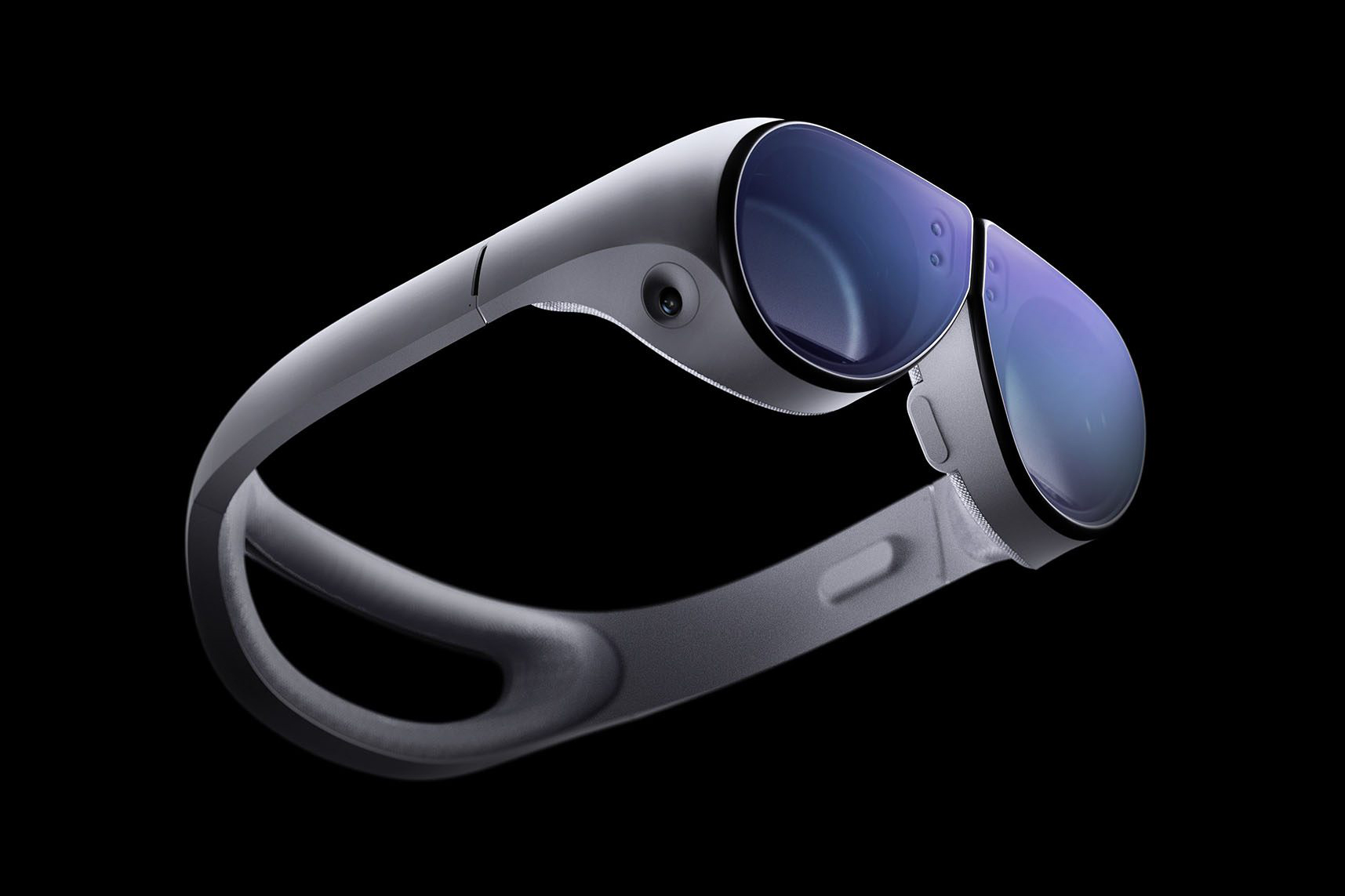 This really removes all constraints for the headset’s design. There’s no need for a large CPU/GPU, a massive battery, inbuilt memory, or advanced cooling systems. The headset is now a rather sleek looking wearable that clips together magnetically near the bridge of the nose.  Wear the headset when you want to, unplug it and have it resting around your neck when you don’t… it’s entirely up to you.

Cameras on the Calypso give it its augmented reality abilities and spatial awareness. The Calypso comes with two cameras/sensors beside each lens, creating an array of four sensors near the nose, as well as two cameras on either side, above the cheeks. Astute observers will also notice the bone-conducting headphones on the temple-stems, allowing you to immerse yourself in audiovisual content. 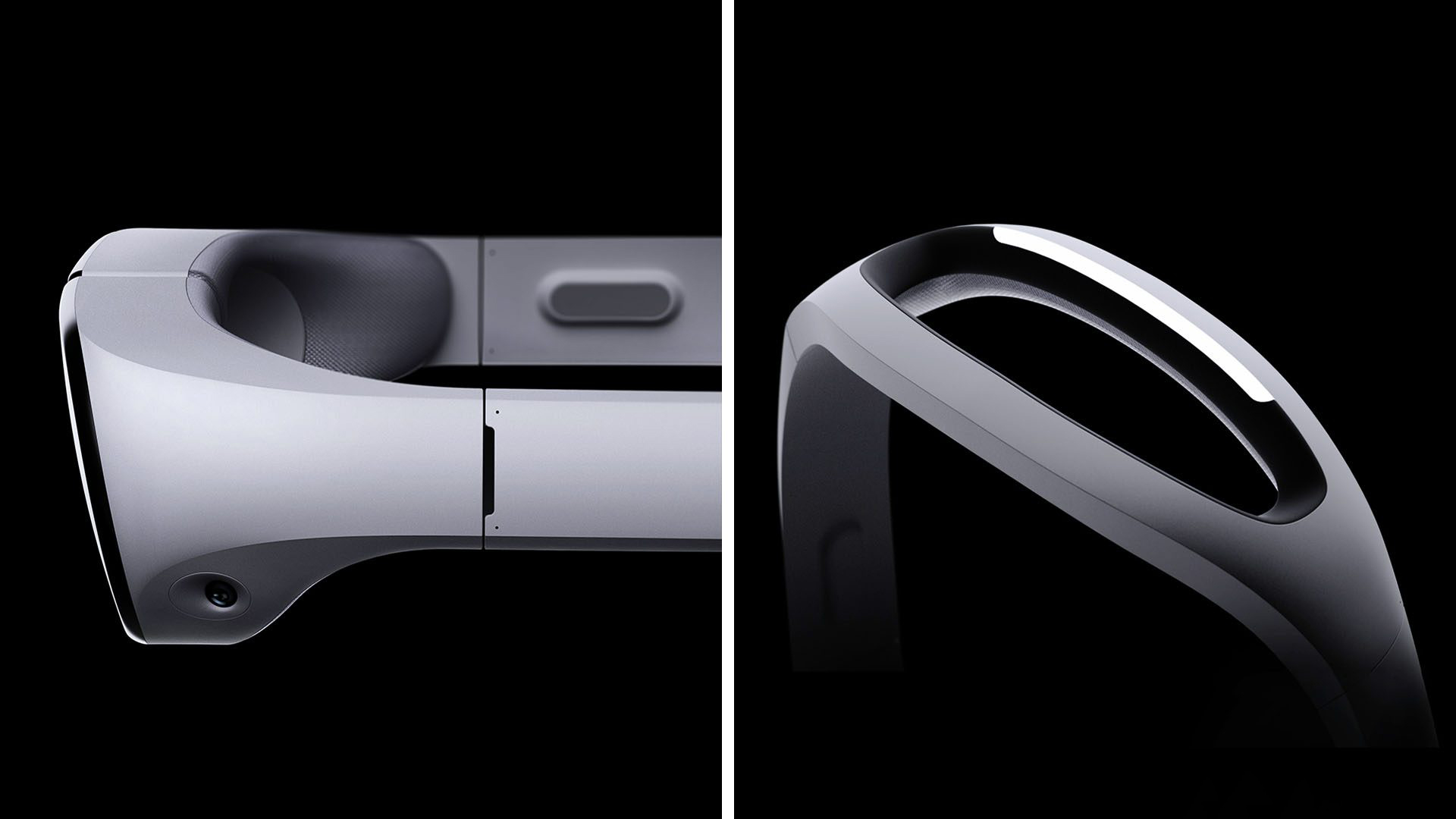 The Calypso’s ‘meat’ lies in its body-worn processing center. This cylinder contains everything the Calypso needs to be a high-performance device. It houses a motherboard, CPU and GPU, storage, battery, cooling system, and speakers on each side that work in unison with the headset, sending and receiving information in real-time.

Is something like Calypso possible in real life? Well, the most immediate concern is sheer latency, given the amount of data input/output happening between the two devices. Something makes me think that 5G could, to some degree, solve those problems, although a simple cable also works, personally. Sure, it destroys the futuristic illusion of having two wireless devices, but then again, is a cable really that bad after all?? 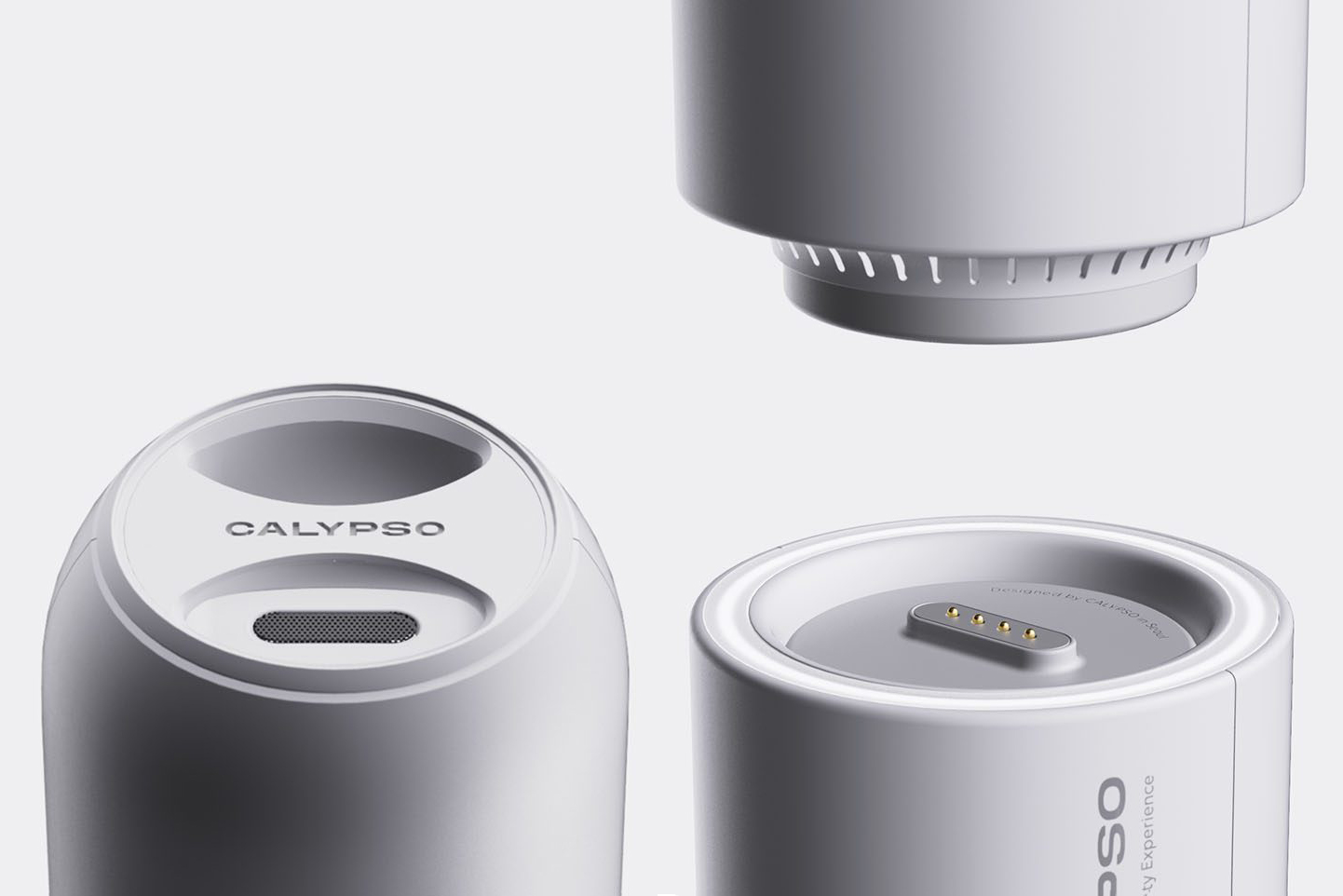 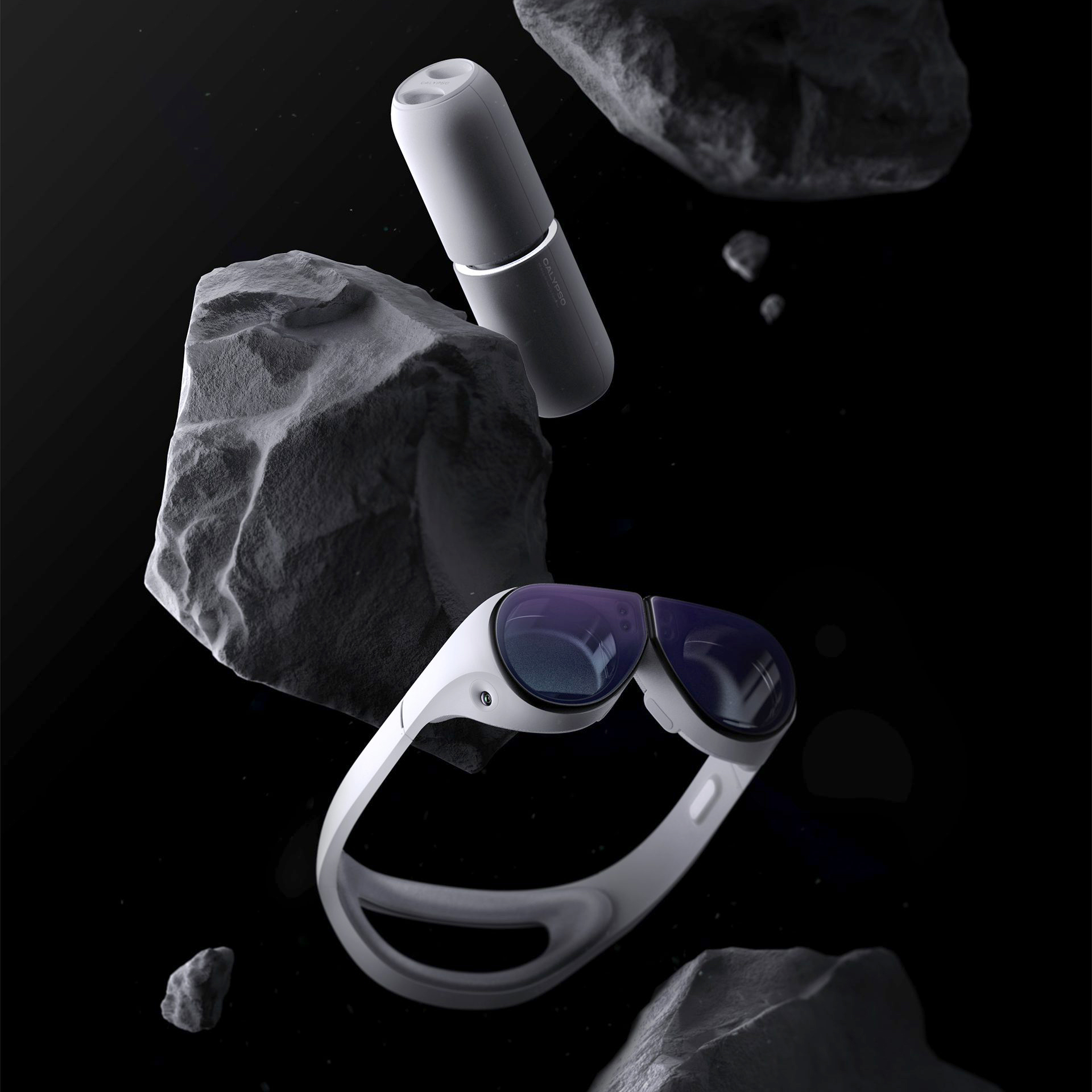 There are some architects whose work transcends their medium and pours into in-between spaces of the design world. Tadao Ando and Luis Barragán, for instance,…