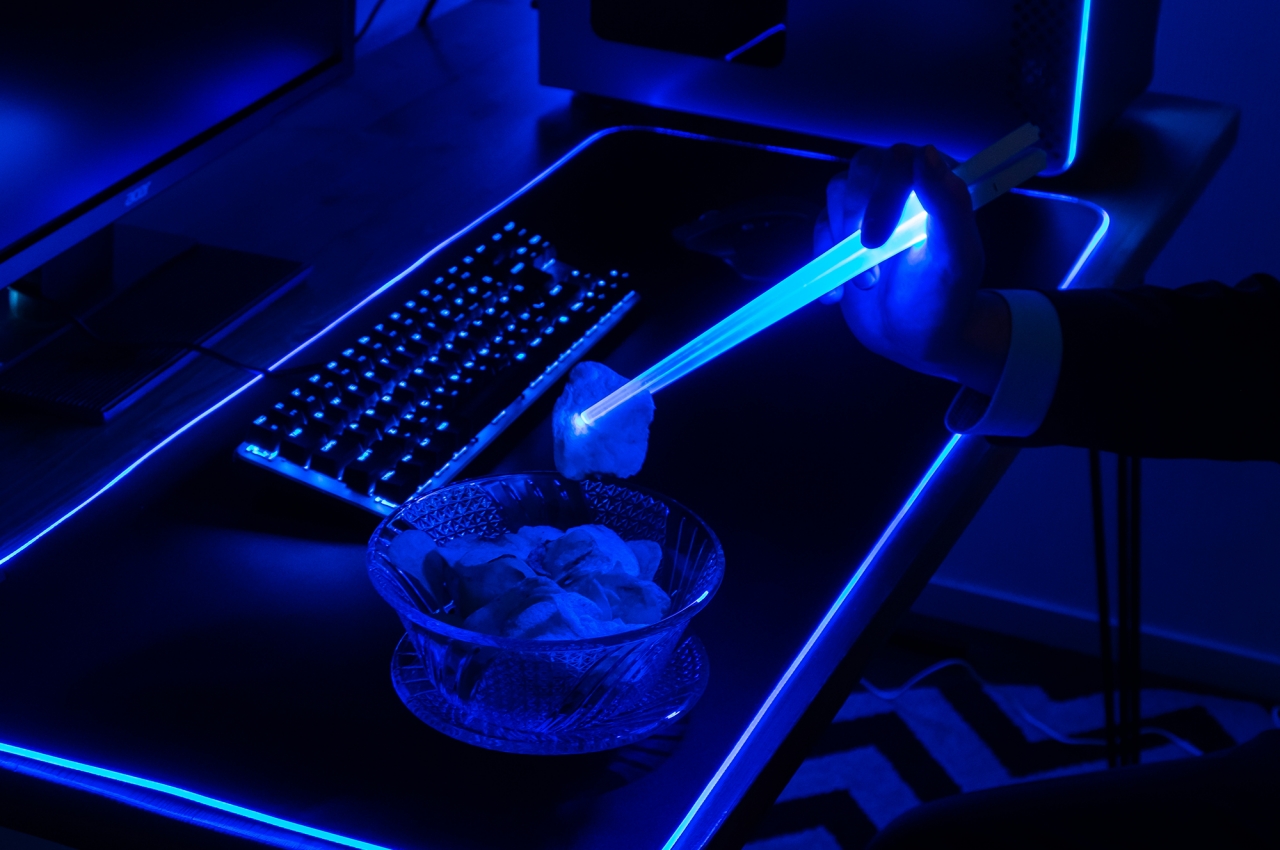 You’re not supposed to eat in the dark in the first place, but this tool will at least make it less cumbersome when you do.

Ever since the day computers invaded our homes, it has been common wisdom not to eat in front of it. In addition to potentially attracting ants or insects, the grease and the crumbs that fall off our hands could damage some parts of the computer, especially the keyboards. Such wisdom is often lost on gamers, who sometimes, by necessity, have to eat their life-saving bag of chips, which means there’s no avoiding getting those crumbs on your keyboard. You can master the art of eating with chopsticks, which is still an insurmountable challenge in the dark room of stereotypical gamers. Not unless you have special chopsticks that give a Jedi-like glow and feel to your late night snacking. 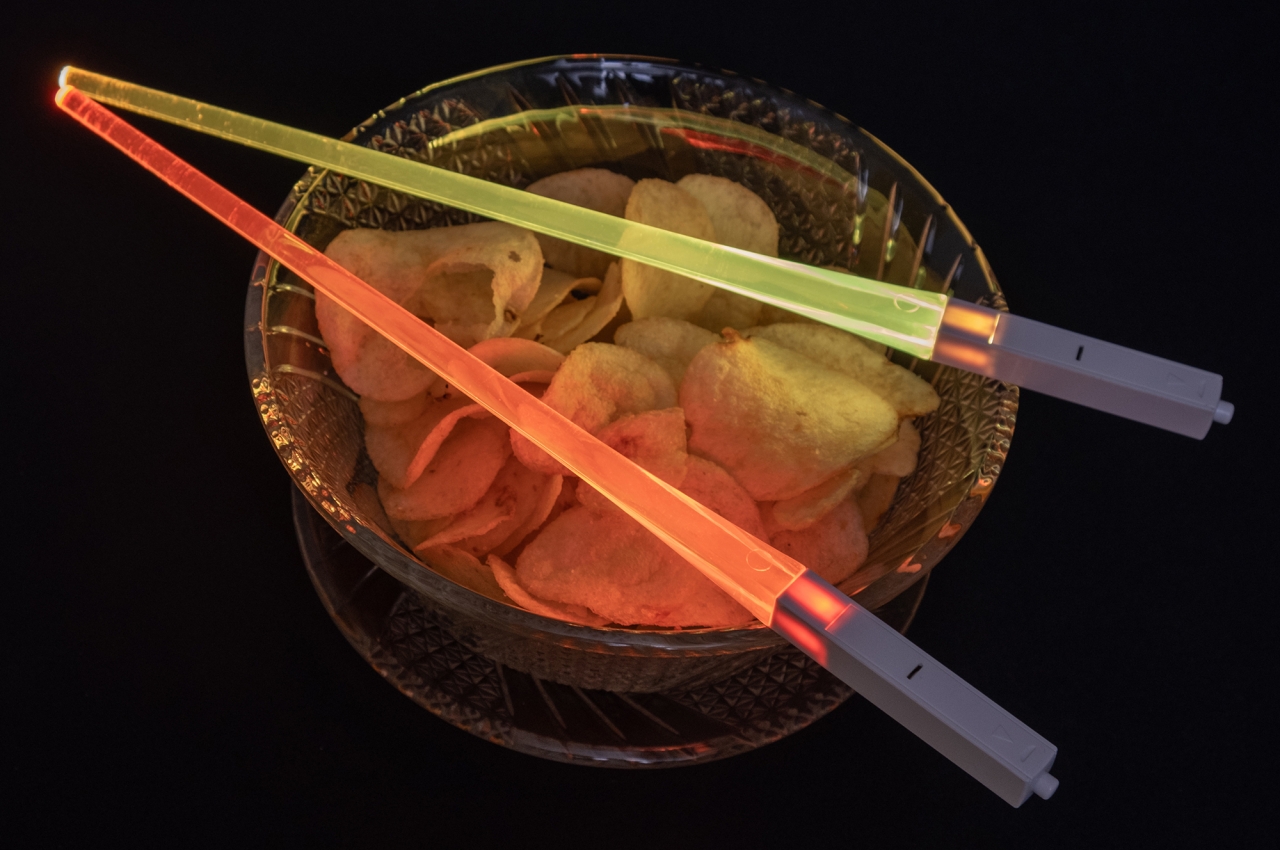 Eating chips with chopsticks might sound ridiculous, but you shouldn’t be surprised that it is quite normal in cultures that rely on these utensils more than spoons and forks. It also sounds inefficient since our bare fingers are better at gently gripping thin and fragile objects like chips. That said, it does have the advantage of saving your fingers and your computer from the oils and crumbs that accumulate after getting in close contact with food. It won’t save you from the food you accidentally drop even using the chopsticks, of course.

While eating with chopsticks might already be challenging for some people, imagine having to do that in a dark room lit only by a computer monitor and RGB lights from your computer. Gamers are often seen in such settings and are also most often the ones that need to keep their keyboards and mice clean while taking nourishment in the middle of an intense raid. Leave it to the Japanese to think of a solution that not only works but also has some quirky side benefits to its design. 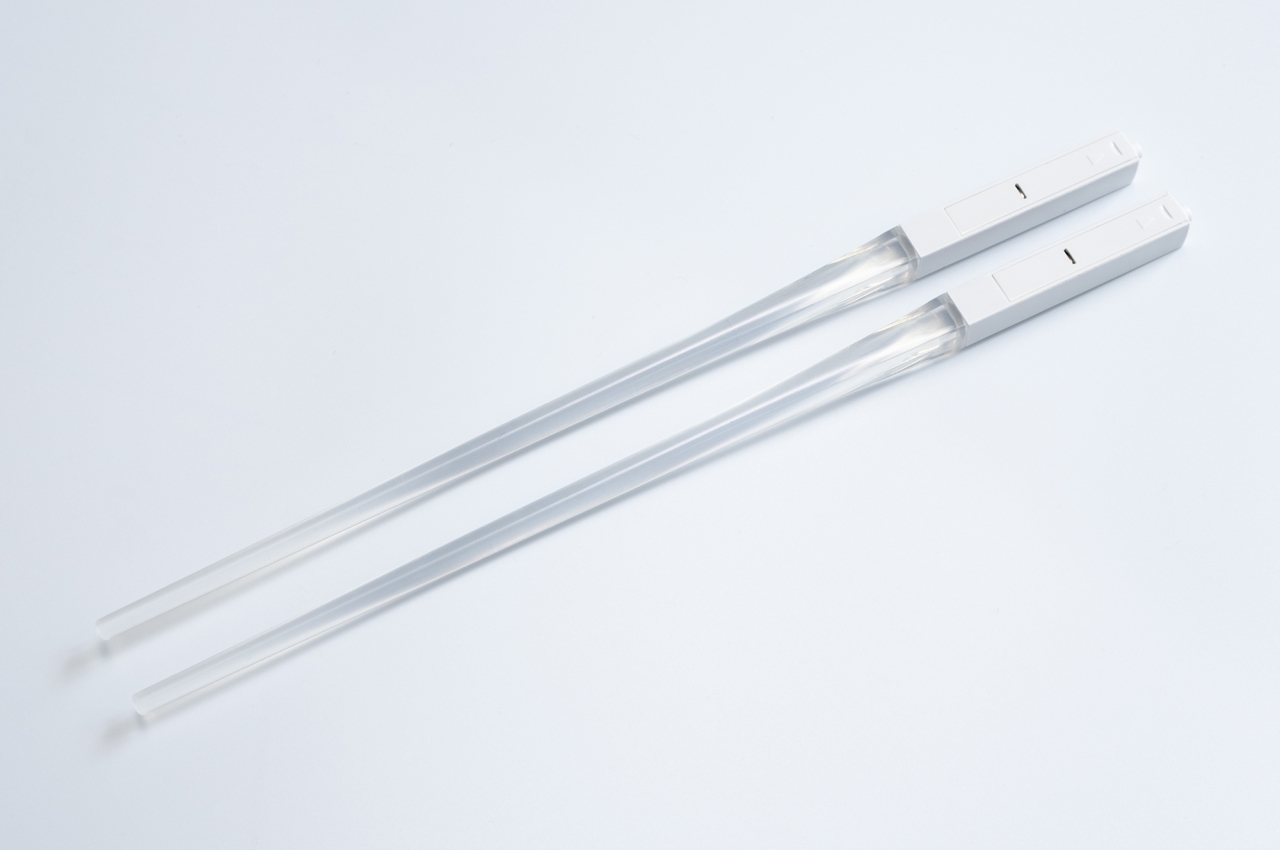 These LED gaming chopsticks might have a generic name, but their appearance will most likely imprint on your mind forever. The idea is pretty simple, actually. You have chopsticks that have a transparent body that allows colored light to shine from an LED module on the end of each stick. You now longer have to grope in the dark for your chips, plus the sticks look like mini Jedi (or Sith) lightsabers, which is appropriate given your Jedi-like skills in eating chips with chopsticks while playing games. 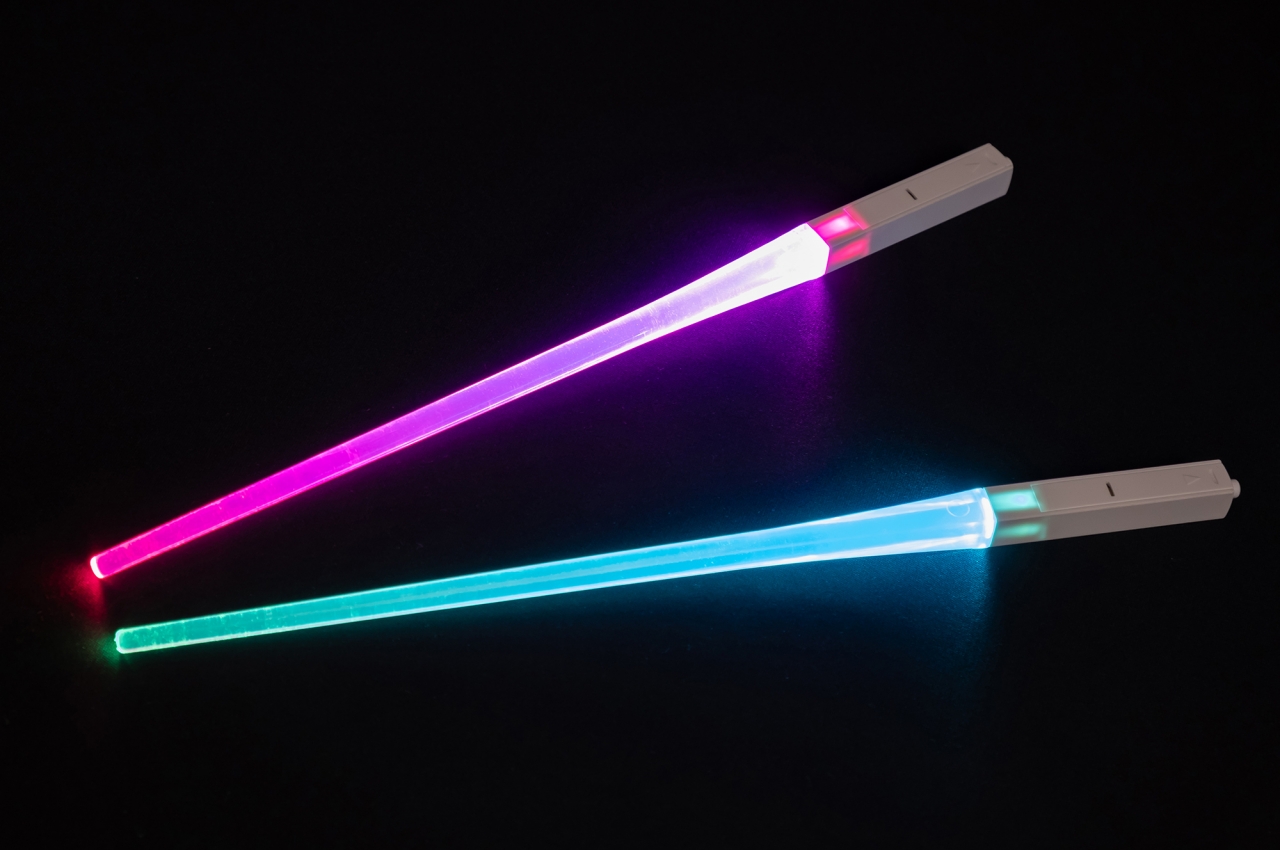 As you would expect from any gaming accessory with RGB lighting, you will be able to select your preferred color. You can have both sticks match or have them clash like dueling swords. You can even have them match the general color scheme of your gaming station, though you’ll have to do that manually rather than have it automatically sync with your Razer Chroma peripherals.

The chopsticks are guaranteed to be heat resistant up to 100 C, and you probably wouldn’t put anything in your mouth that’s above that temperature anyway. As for putting things in your mouth, the LED gaming chopsticks are advertised to have passed “food hygiene inspection.” Just don’t forget to take out the LED modules before you wash the chopsticks, or you might find yourself back to a primitive way of eating chips with your hands. 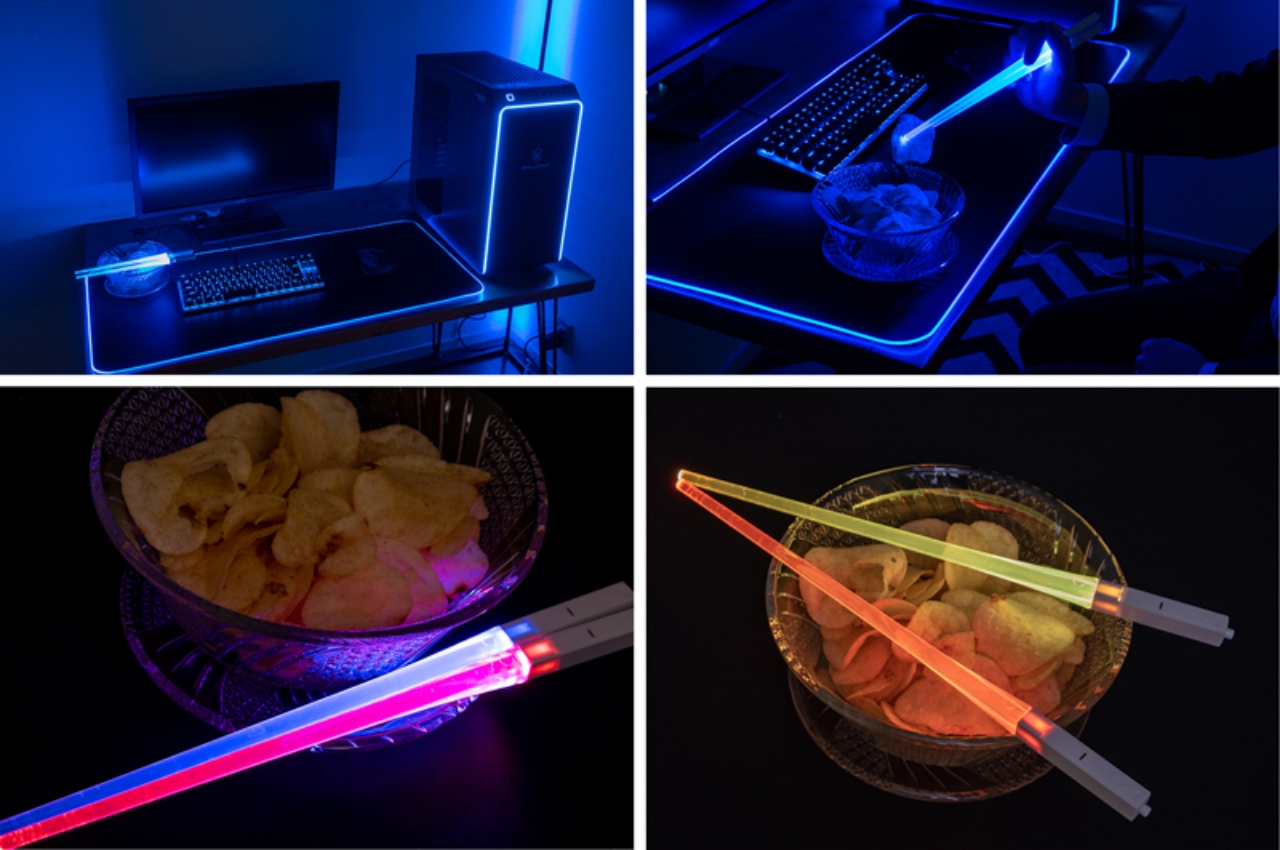 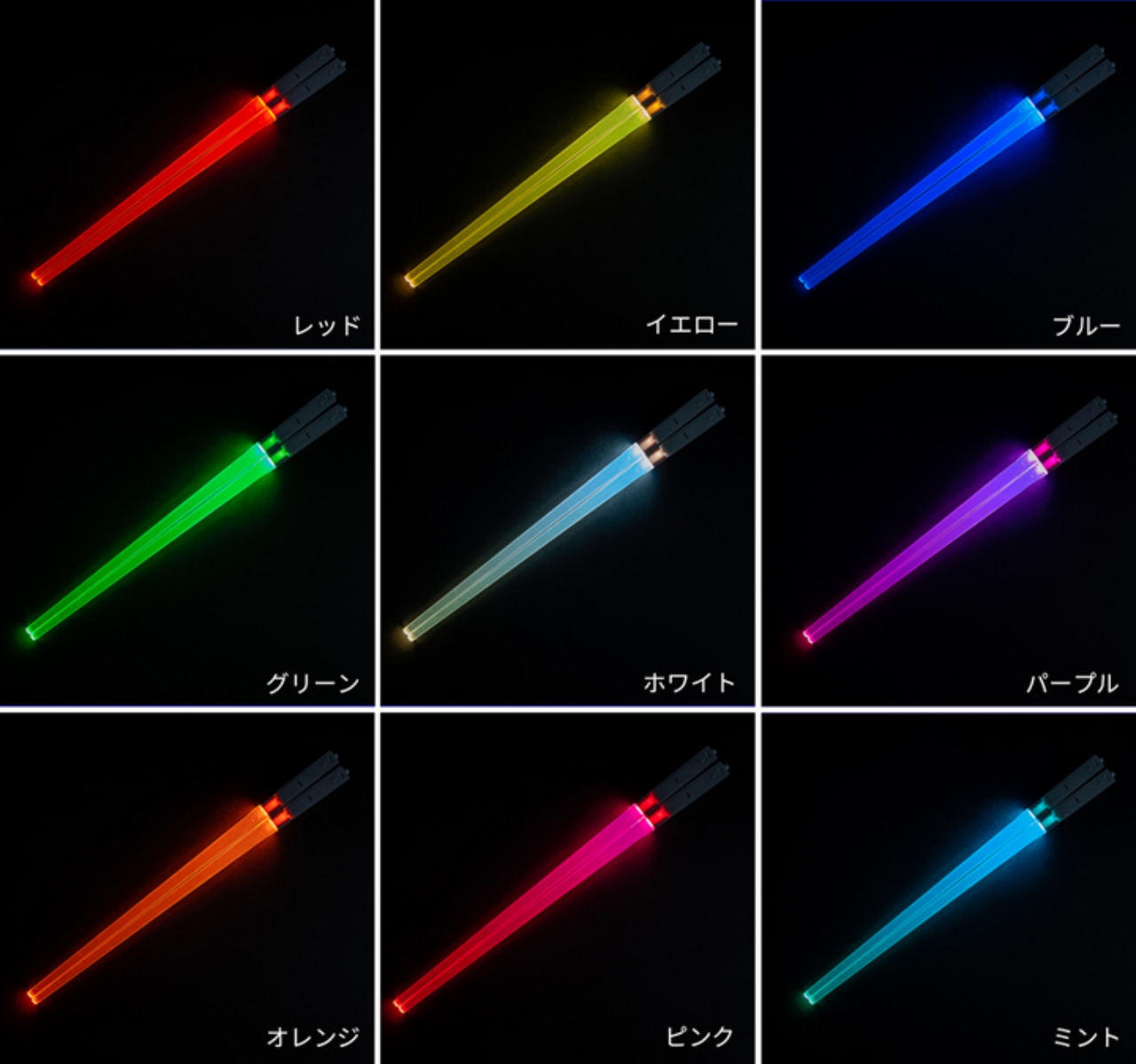 Why is it called the “Social Barbecue?” Because it was designed to bring people together, creating an entirely new barbecuing experience through innovation! The first…

Committed to making the best accessories for the Nintendo Switch to truly help it be the iPod of the gaming world, YesOjo’s second accessory complements…