This handsome screwdriver isn’t just an engineering masterpiece, it’s also a tool that helps relieve the stress of work in more ways than one.

Hardware tools aren’t exactly the kind you’d call “fun,” even if you’re the type to be knee-deep in carpentry, engineering, design, or even crafts. Every one of these people will have their favorite tools, but most of them follow a standard design that is stuck from decades or even centuries ago. They get the job done for sure but leave both our minds and our hands tired most of the time. Power tools only alleviate some of the pain but transfer it to others, like our ears and electricity bills. Sometimes, we need to look back to the past to find an answer to our present and future problems, and that is exactly what the MetMo Driver has done to bring the ratchet screwdriver to the 21st century and beyond. 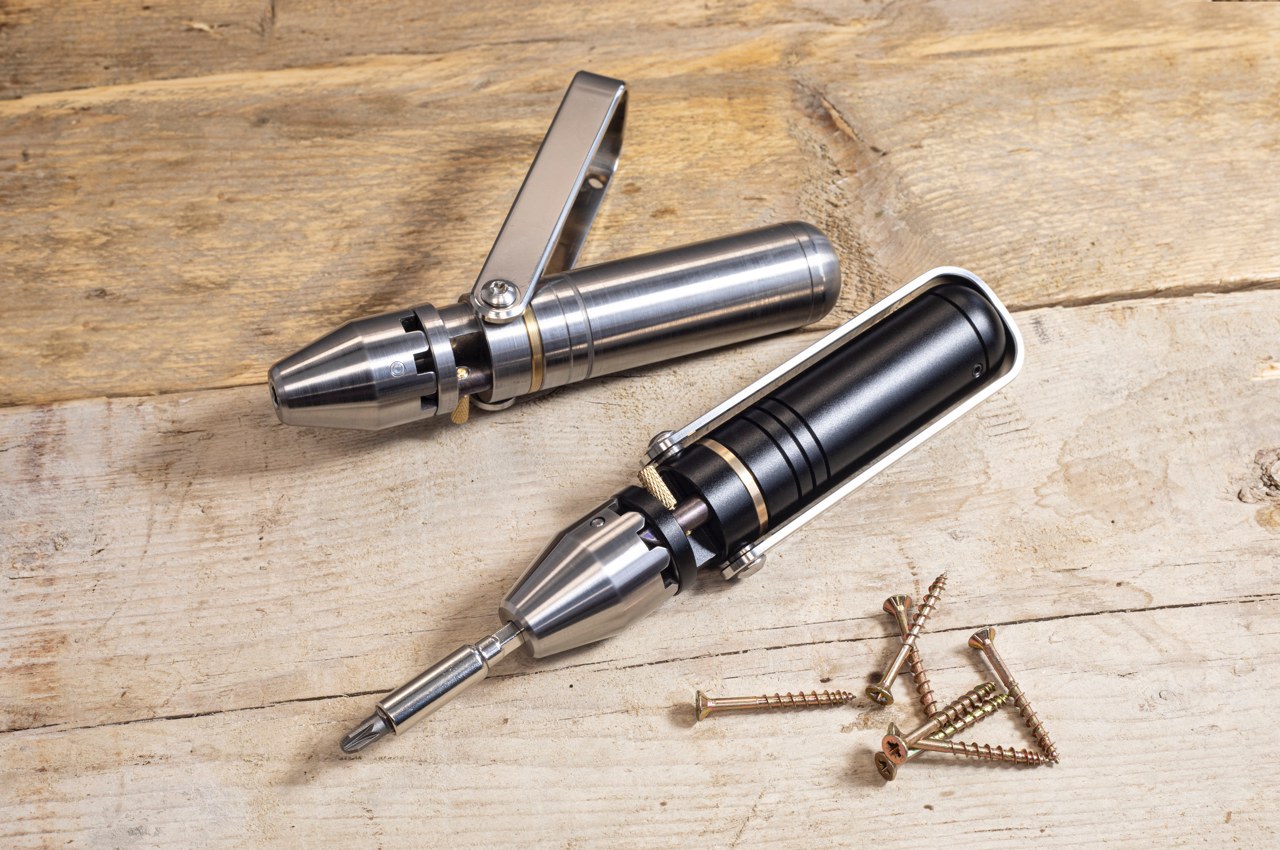 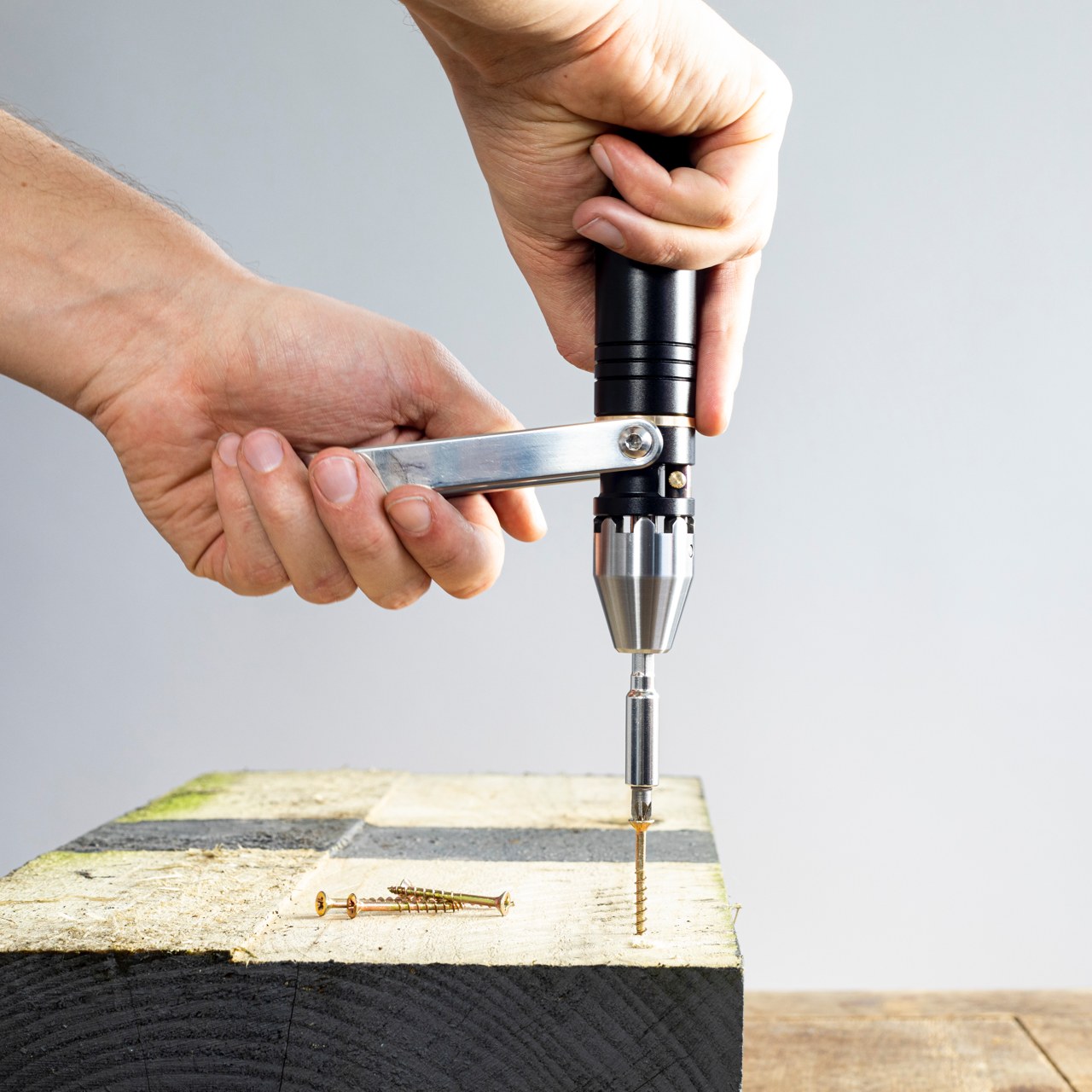 The first ratchet screwdriver arrived in the 50s, but its design dates back even farther. Regardless of the origin, the tool became a staple in many workers’ toolboxes, but modern renditions ditched much of the spirit and the beauty that the original had in favor of mass-produced plastic and metal versions. It was time to give the ratchet screwdriver an upgrade, and who better to do that than the people who enthrone metalwork in designs that are both aesthetic and functional. 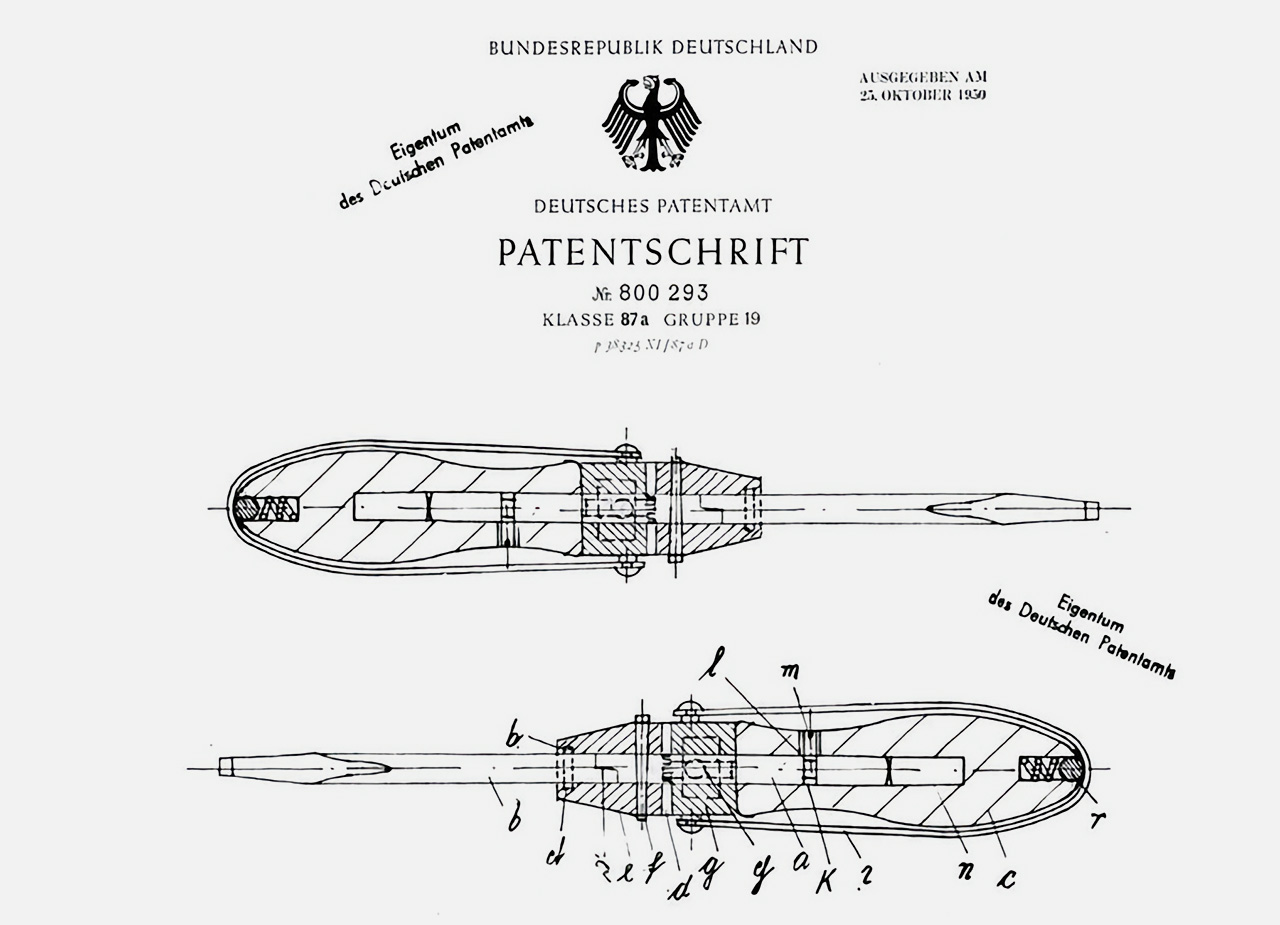 The MetMo Driver isn’t just a replica of the 1950 ratchet screwdriver. It upgrades the materials with an all-metal construction, from hard, anodized aerospace aluminum for the handle, to hard tensile brass for the trigger. The choice of materials doesn’t only make the tool durable, it also makes it long-lasting and environment-friendly. It also gives the screwdriver a sharp and distinctive look that will make you want to always put it on display rather than hidden in a toolbox or drawer.

Made for designers, engineers, and thinkers who want to just take a moment to focus, relieve stress or just play around.

Each component interlocks perfectly so you can enjoy the endless motion of MetMo Driver’s moving parts.

Features Autopilot Tech, you can drive screws in without the need of a pilot hole.

Works in the same way as a manual brace, but pocket-sized.

With its arm lowered into wrench mode, MetMo driver can deliver over 70Nm of torque.

The upgrades go beyond looks, of course. There is, for example, an arm that can be lowered to provide more torque to each twist, effectively around 76Nm that matches a 1982 Volkswagen Polo. You don’t have to stress your wrist, either, because you can use your own weight to drive the tool rather than forcing your wrist. You can even drill a hole into wood because its magnetic, hardened chuck can fit any standard 1/4 hex drive bits, including those used for drilling. 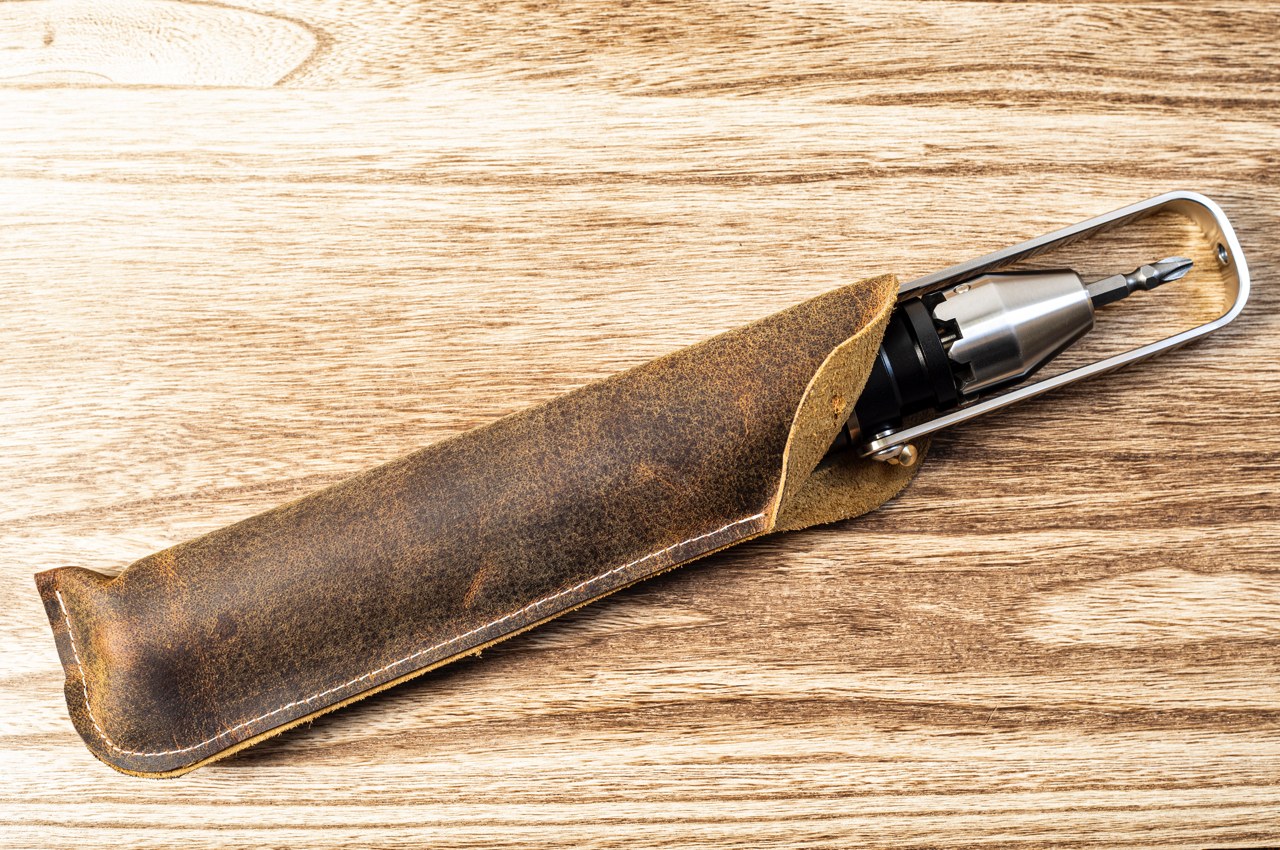 Beyond its obvious utility, the MetMo Driver also has another role for those times when you need to let your mind wander a bit by keeping your hands busy. The brass trigger that can alternate the direction of the ratchet mechanism with a simple flick also functions as a fidget toy. Even the simple back and forth twisting motion that is accompanied by a satisfying clicking sound can help you get lost in your thoughts and possibly lead to a “Eureka!” moment. All the more reason to keep this tool always at hand, be it on your desk or even in your bag. It probably helps that it looks almost like a mini lightsaber, another tool that is often associated with a familiar and almost hypnotizing whooshing sound. 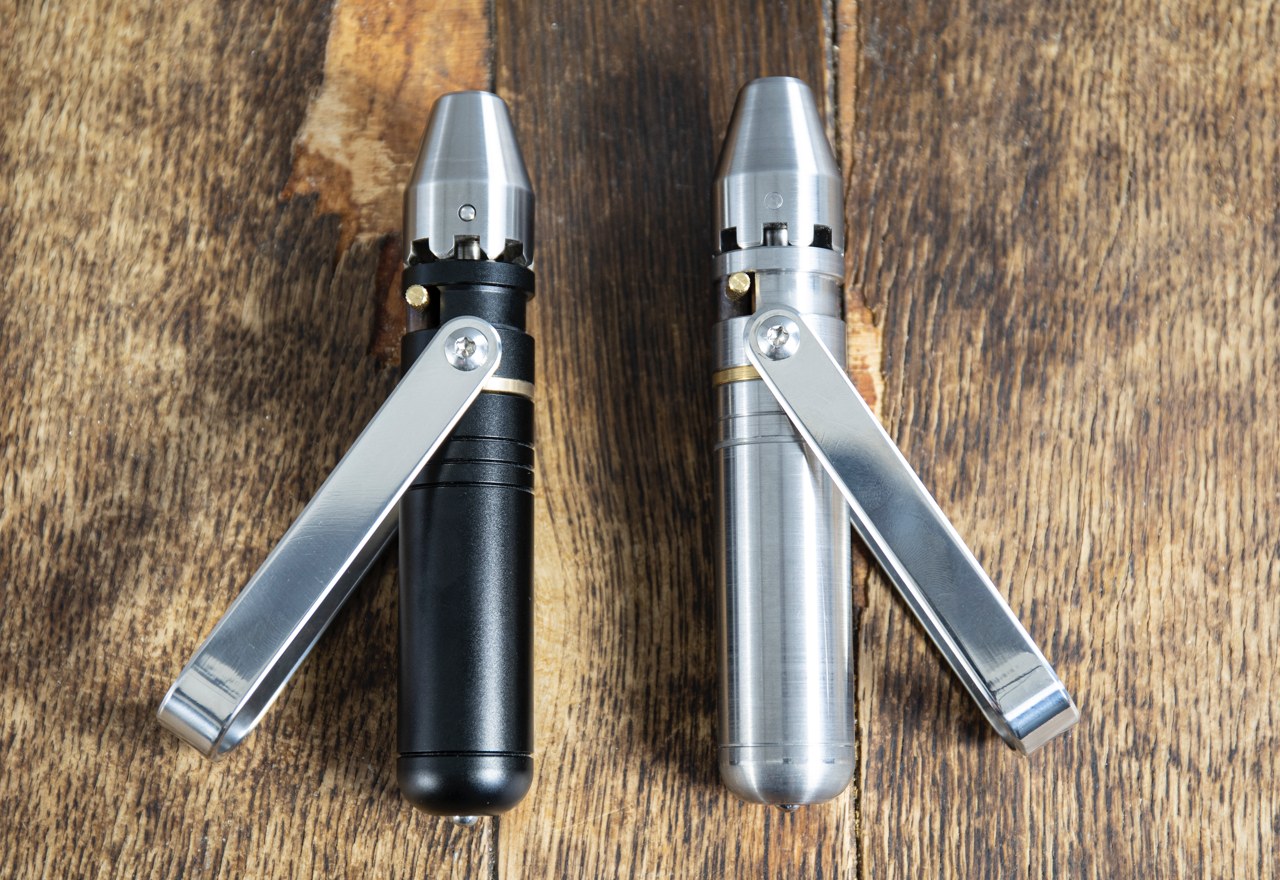 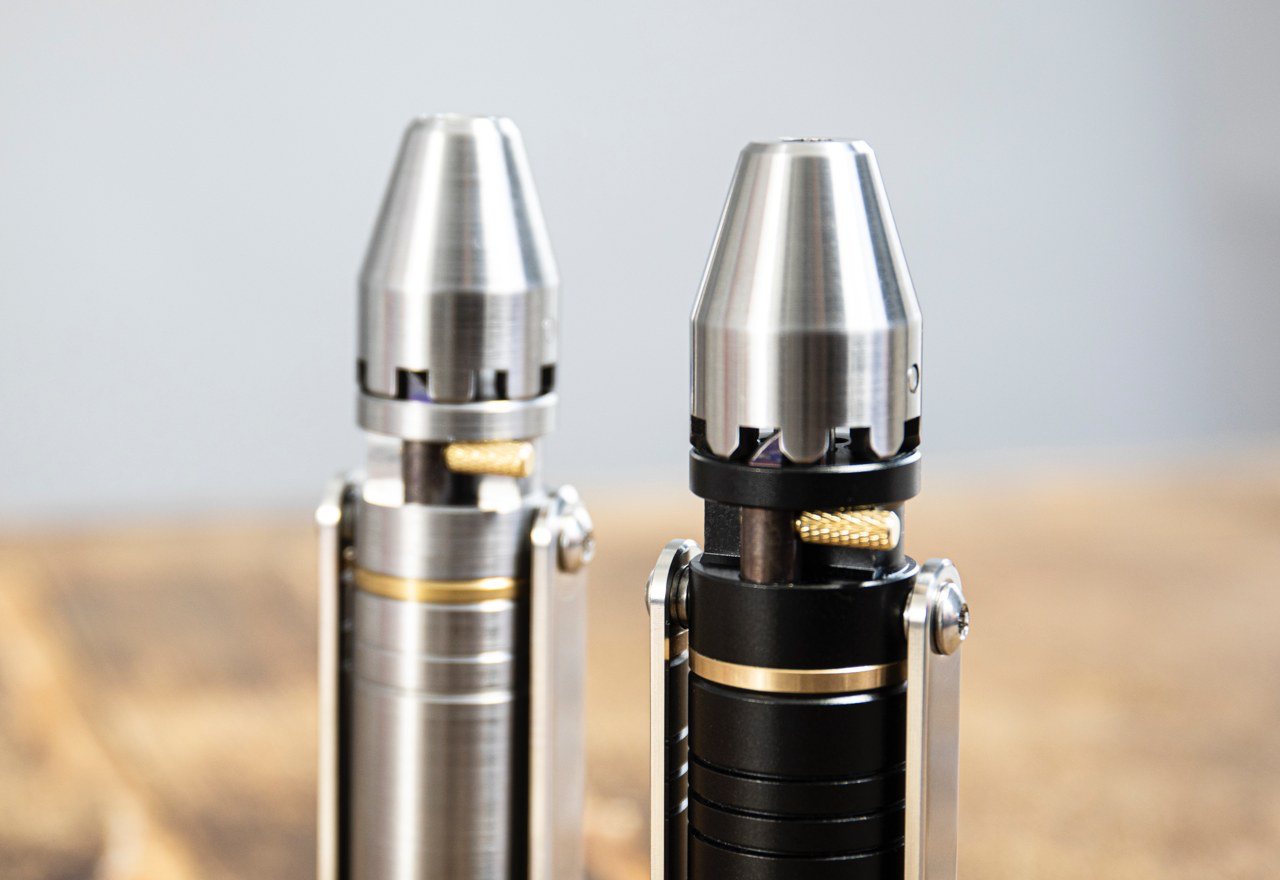 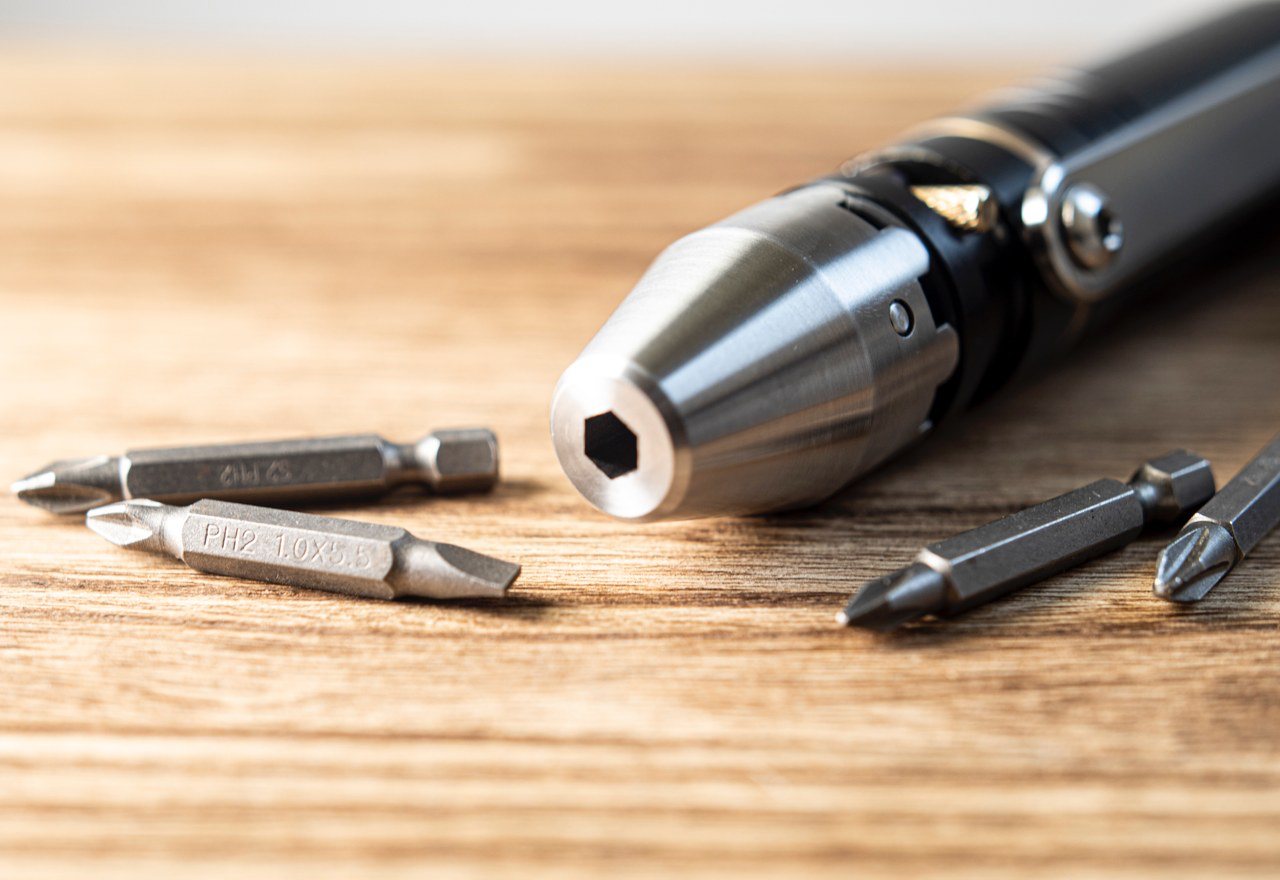 Beautifully complex yet simply powerful, the MetMo Driver gives a classic tool more than just a facelift. Designed and built to last for generations, this all-metal modern ratchet screwdriver promises to be not only a talented work partner but also a relaxing fidget toy that will have you mindlessly flicking and twisting for minutes or even hours, perhaps thinking of the next project where you’ll be using it to great satisfaction.

The elegance your workspace needs

Finding its intersection between the two categories of products that dominate our workspace, the LAY combines tech and stationery. Using a simple boolean union of…

So maybe no one else will want to sit on your dirty clothes, but you can reward your bad behavior with the Martino Hamper! It’s…

More than ‘Just another lamp’

https://www.kickstarter.com/projects/mosbcn/just-another-lamp-by-mos-bcn My professor in design college told me something that really resonates with me even today. You don’t decide when to get an idea. The…

This tiny studio apartment sits in your backyard to give you a bonus functional and flexible space!

Not every family can move into a larger home when they are falling short on space as children grow up. While it would be an…