Gaming smartphones are starting to look a lot like gaming PCs, but that doesn’t necessarily mean they have to also copy all of the latter’s designs.

Almost all smartphones, save for the cheapest bunch, can handle most mobile games. The super powerful and super expensive ones are even more so, with their high-end hardware and advanced cooling systems. These phones, however, are often designed more for general-purpose use and are optimized to strike a balance between power, battery life, and thermal management. Those are actually fine for most gaming purposes, but some manufacturers argue that you don’t really have to compromise. That’s why they carved out a niche for smartphones that pull out all the stops but, in doing so, hit the same walls as gaming PCs, but with different and perhaps worse consequences for mobile devices. 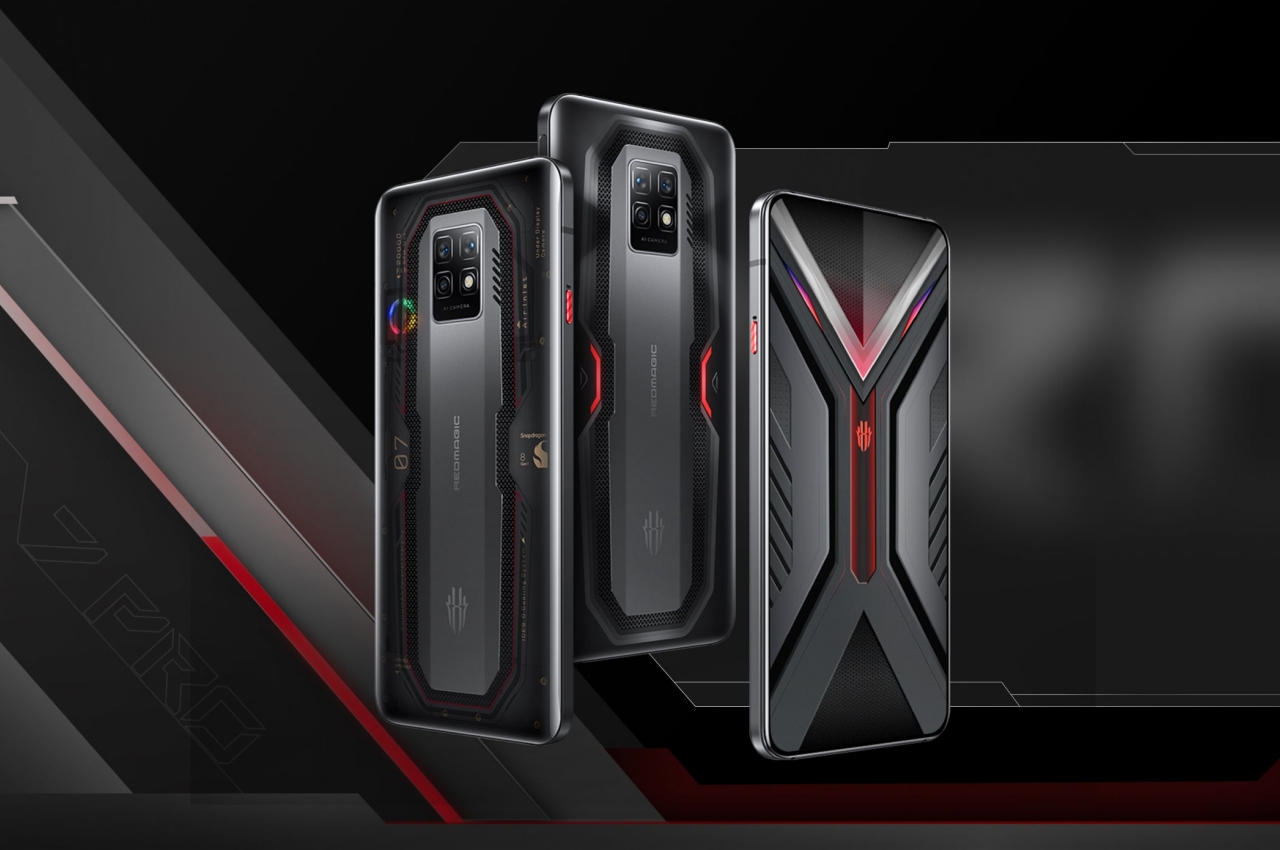 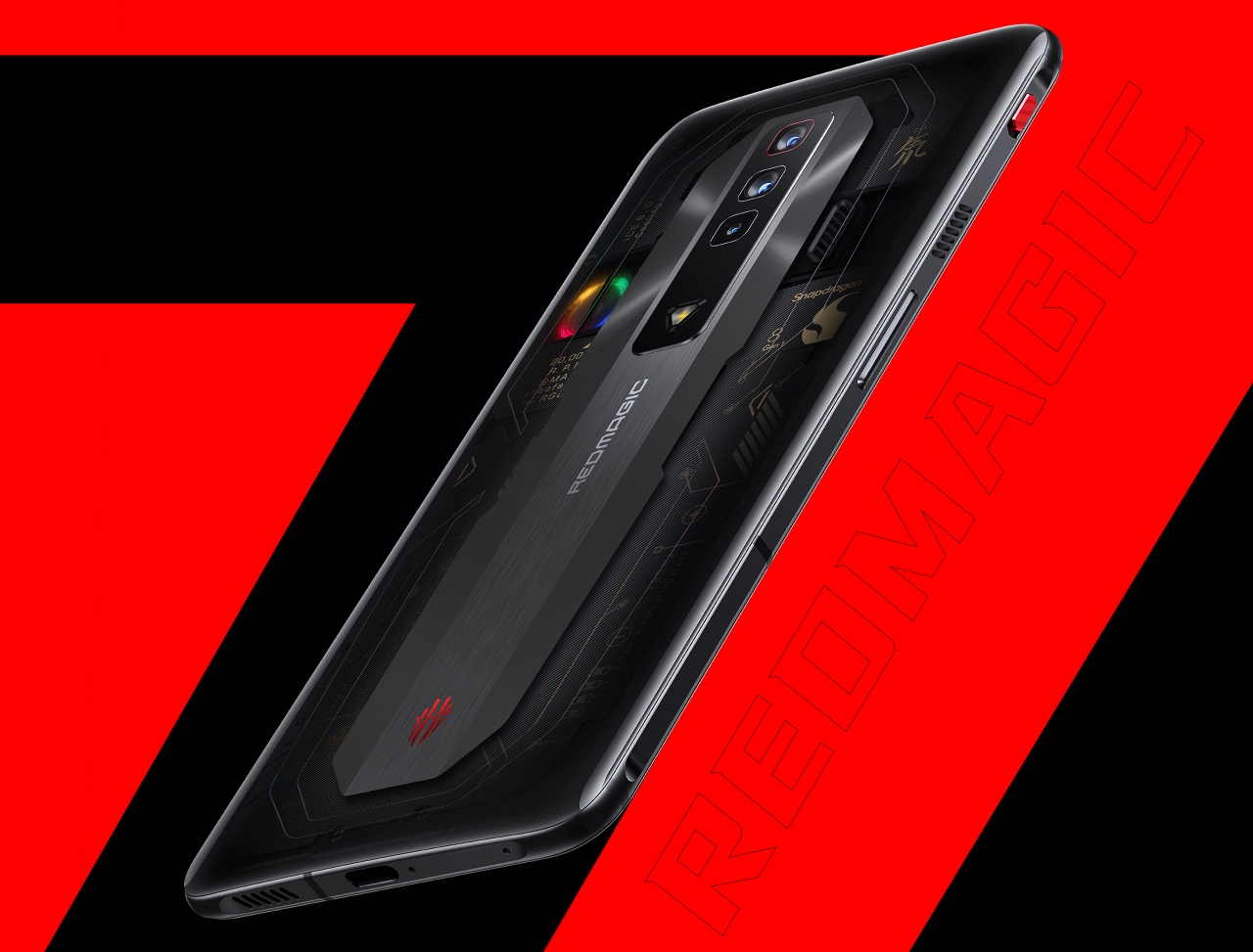 Although it can be used for anything a “normal” smartphone can do, the new nubia RedMagic 7 Pro is clearly intended for gaming purposes. Sure, it shares many of the same specs with today’s premium phones, like the latest Snapdragon 8 Gen 1 processor, paired with plenty of RAM, up to 18GB even, and plenty of uptime with a 5,000 mAh battery. The point is that all these are pushed to their very limit here, at least more than your average high-end phone. 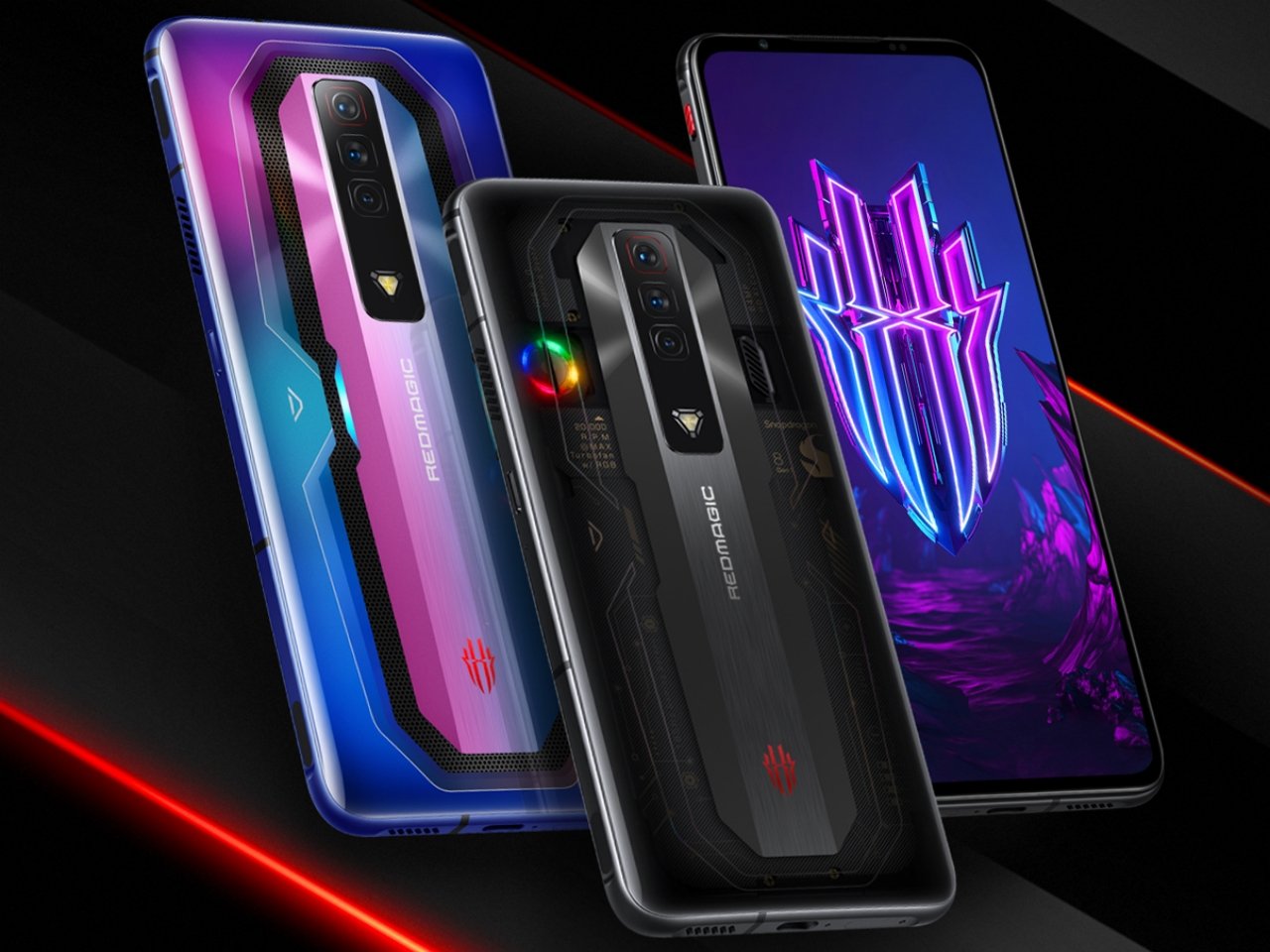 Also, unlike your average phone, the RedMagic 7 Pro doesn’t try to hide its gaming nature behind stylish glass backs or vegan leather. Every part of the phone, from the back to the edges, bear hallmarks of a gaming device, at least on the same wavelength as gaming PCs. The regular “Obsidian” finish, for example, flaunts the kind of RGB lighting that gamers love. The Supernova model, on the other hand, lets the owner take peeks under the hood, at least the parts on the periphery, with its transparent plate, also another gamer stylistic favorite. 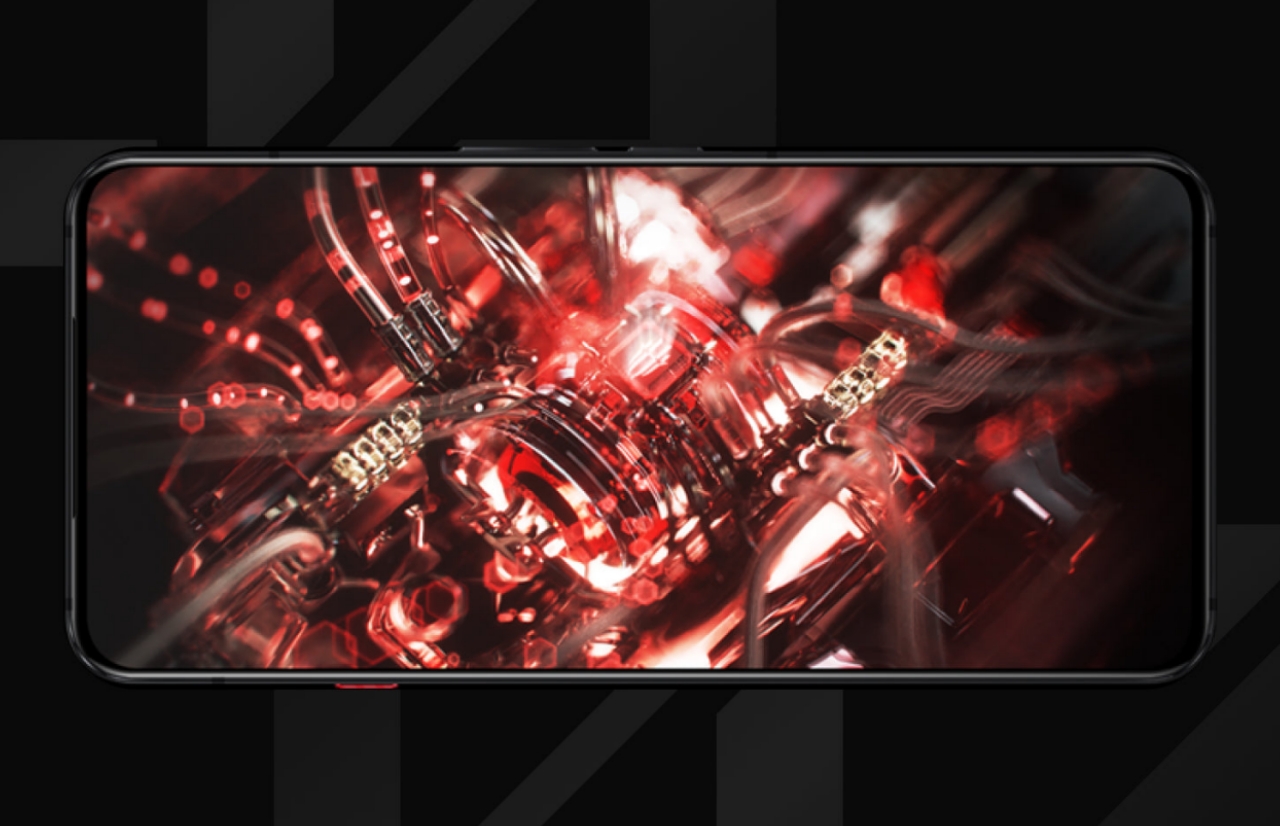 The front of the phone might look less exciting, but it’s also designed for gaming. That’s thanks to the absence of a punch-hole cutout or even a notch. That leaves the full 6.8-inch panel free of any obstruction other than your fingers, though there are additional buttons on the edges of the phone that can be used as programmable triggers like on a game controller. These alone make the phone gaming-worthy, but it has one special feature very few “normal” phones would even dare to have.

There’s a reason why desktops and even laptops have fans, and they’re not just to prevent the computers from burning or melting. While they do perform such functions, a computer’s cooling system is designed to keep processors running at their maximum for longer periods of time. In order to prevent overheating, computers are hard-wired and programmed to slow down their activity when processors reach a certain threshold. This is a phenomenon called thermal or processor throttling, and it is quite common for any computer, including the ones we shove in our pockets. 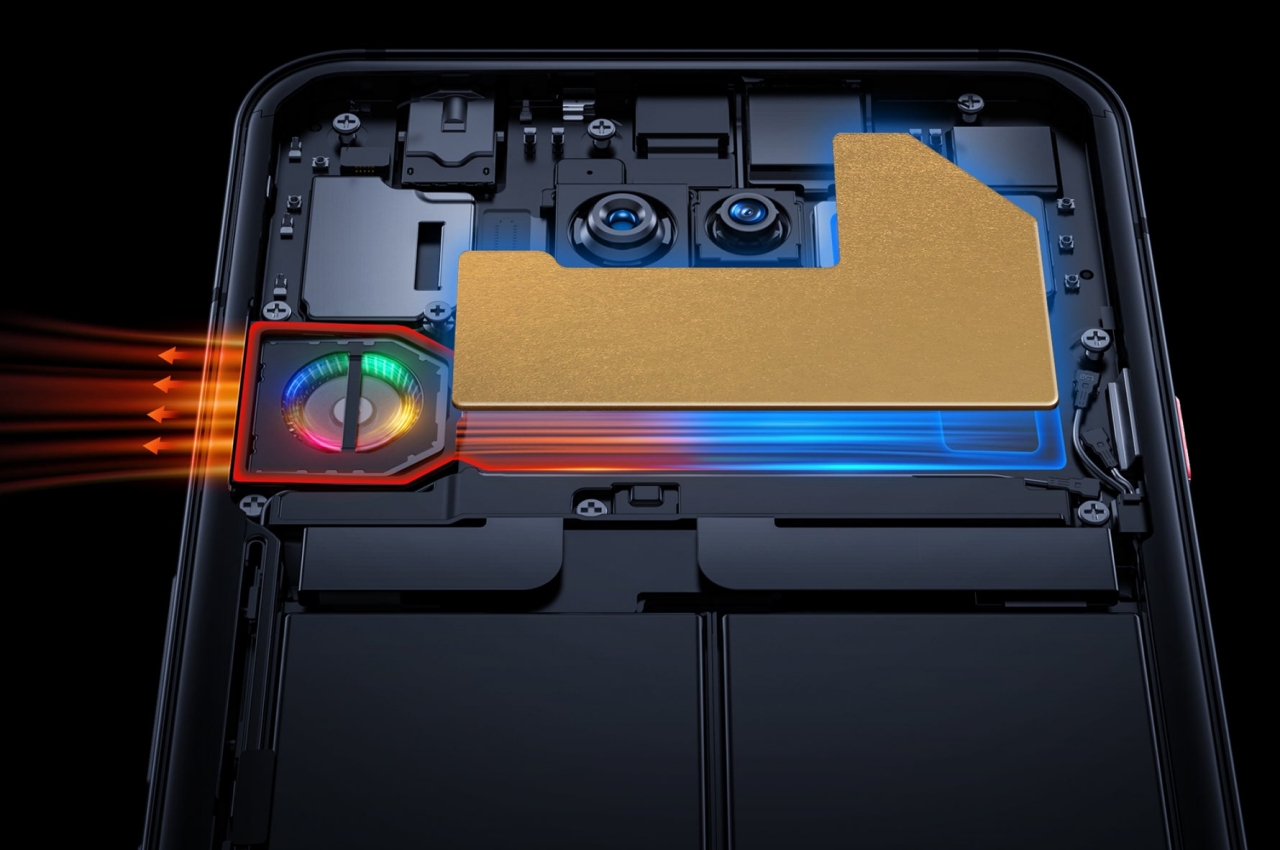 That has never been a big problem with phones until recently, as mobile processors get more powerful and apps, particularly games, become more demanding. While most manufacturers try to improve passive cooling techniques and materials, those have been deemed inadequate by gaming phone makers. Phones still eventually throttle down, which results in dropped frames in games. That’s why some brands like Lenovo and nubia (a former ZTE subsidiary) have started putting tiny fans inside their gaming phones in addition to typical cooling chambers, and the RedMagic 7 Pro continues this tradition. 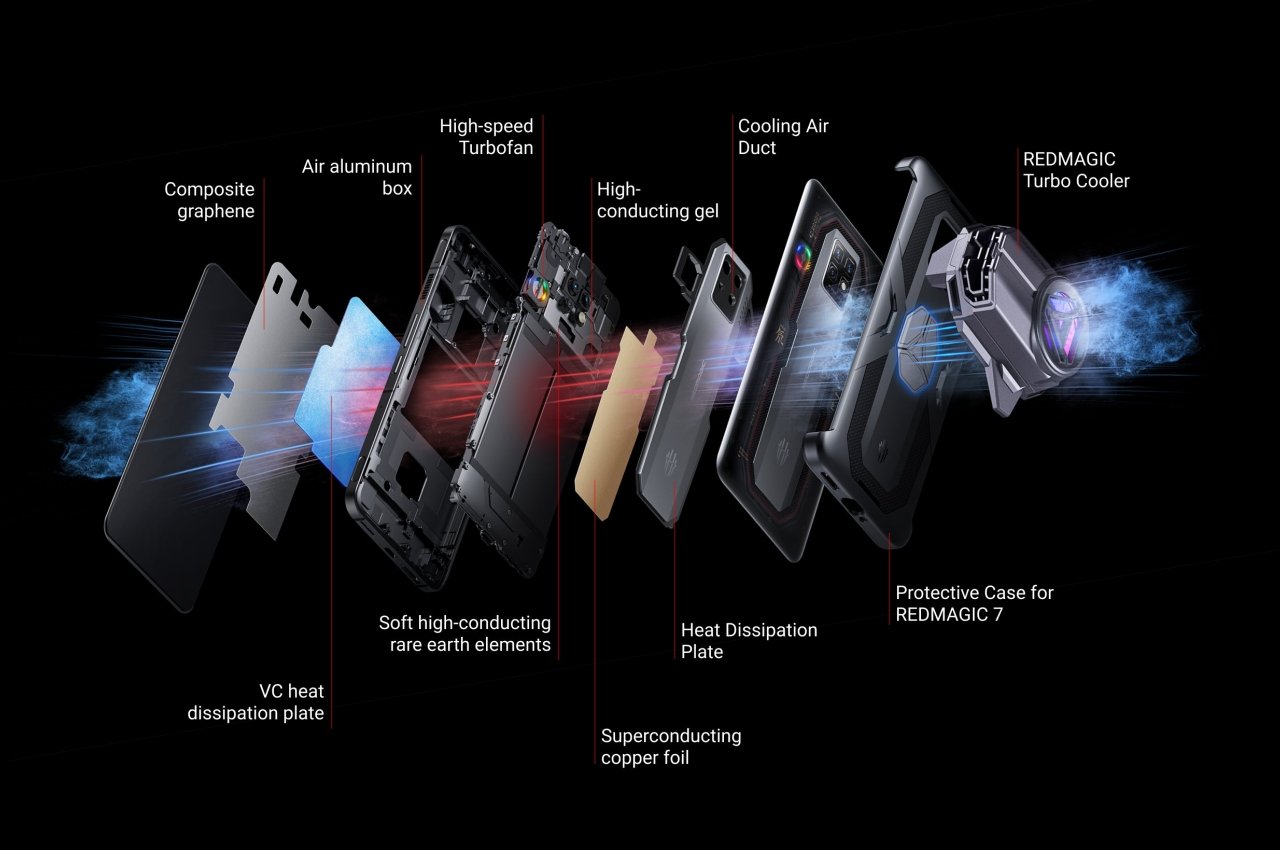 You can directly see that fan in the transparent Supernova, but you can definitely hear it on any model. In addition to that fan, there are also plenty of vents around the phone’s edges that facilitate the circulation of hot and cool air. This system isn’t exactly new and, to be fair, has proven to be effective. Unfortunately, it has its own costs, something that is a non-issue for desktops and laptops. 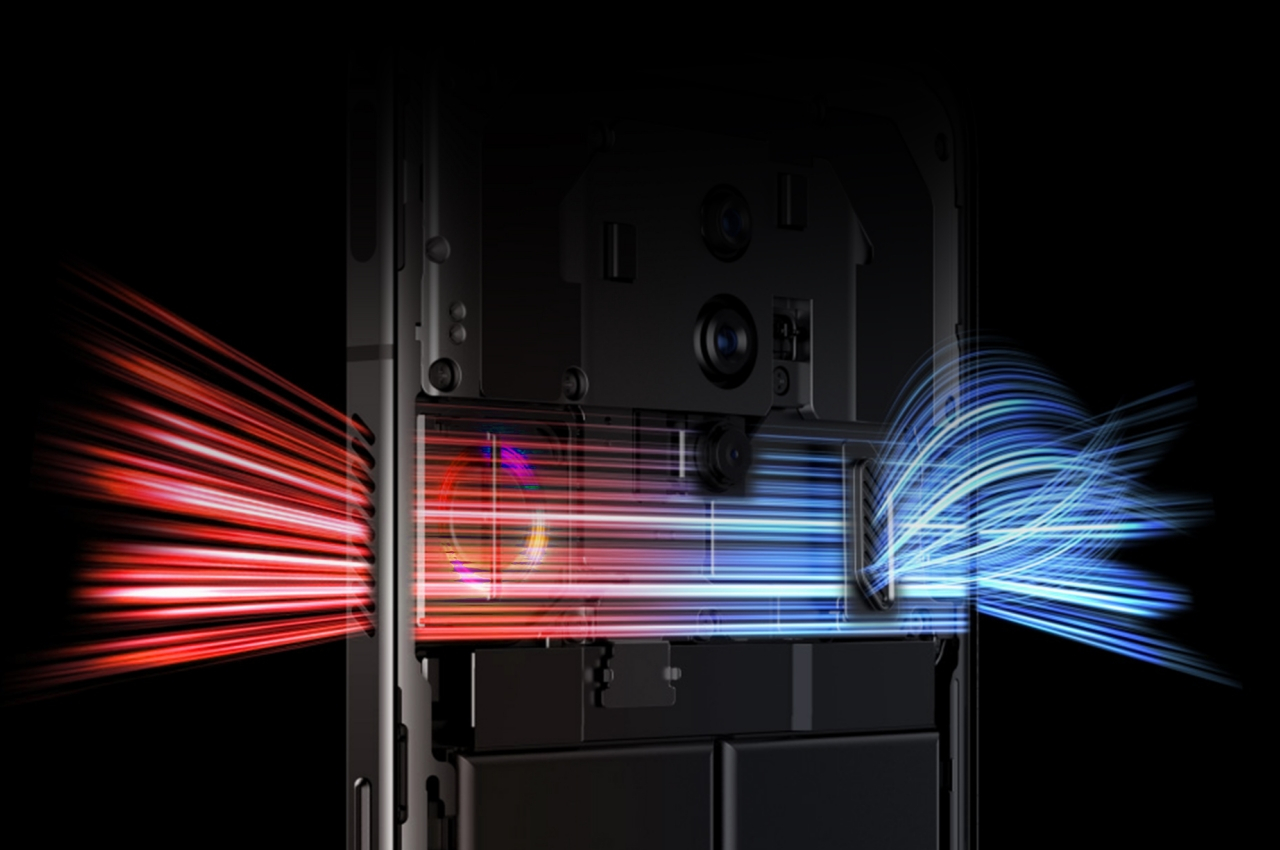 With that many points of entry, from the vents to the fan, it’s really no surprise that the RedMagic 7 Pro doesn’t come with any dust and water resistance promises. A constantly moving part like a fan also increases the risks when something breaks inside, especially after an accidental fall. The materials used in the transparent Supernova variant also make the phone noticeably heavier, which translates to more stress and strain on the hands and wrists when using the phone for prolonged periods, like when gaming. 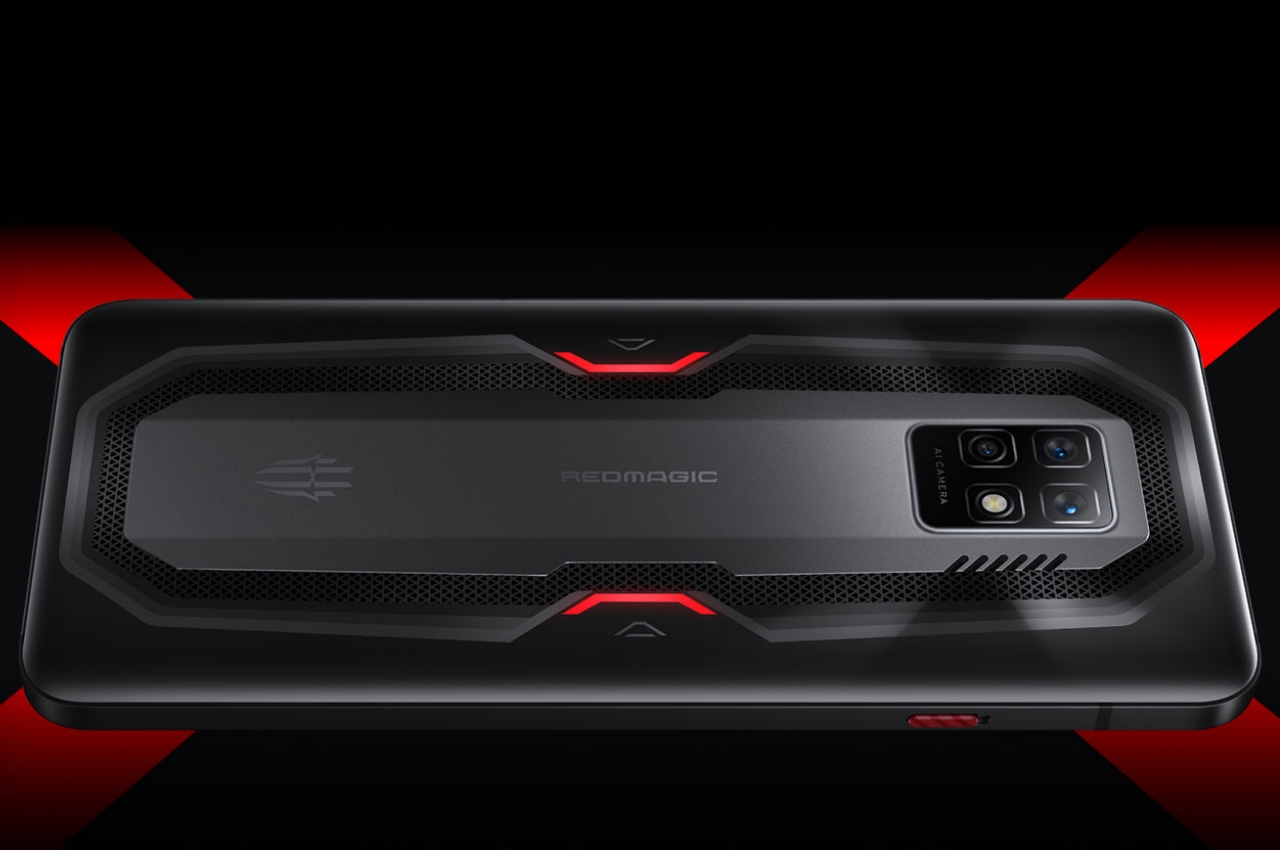 There is no doubt that the nubia RedMagic 7 Pro is a visual delight for gamers, and its performance might even surpass more expensive phones. It does what it is designed for, but it also makes compromises to reach those goals. Unlike even a laptop, a smartphone is almost always exposed to the elements and has a higher risk of meeting accidents. Given those factors, buyers of this phone and other gaming phones are pretty much making a leap of faith that their somewhat expensive and portable gaming machine is going to last as long as their gaming PC. 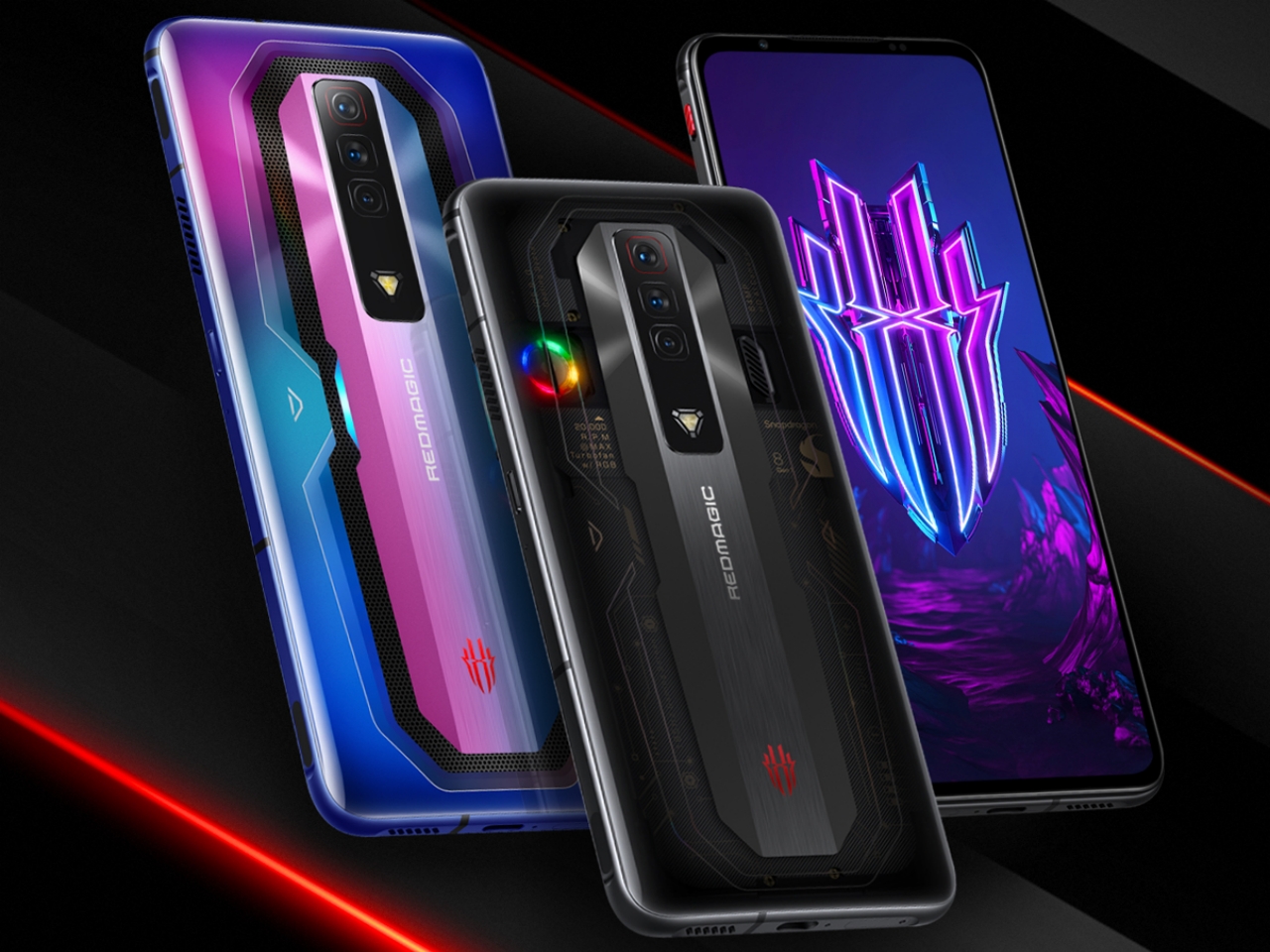 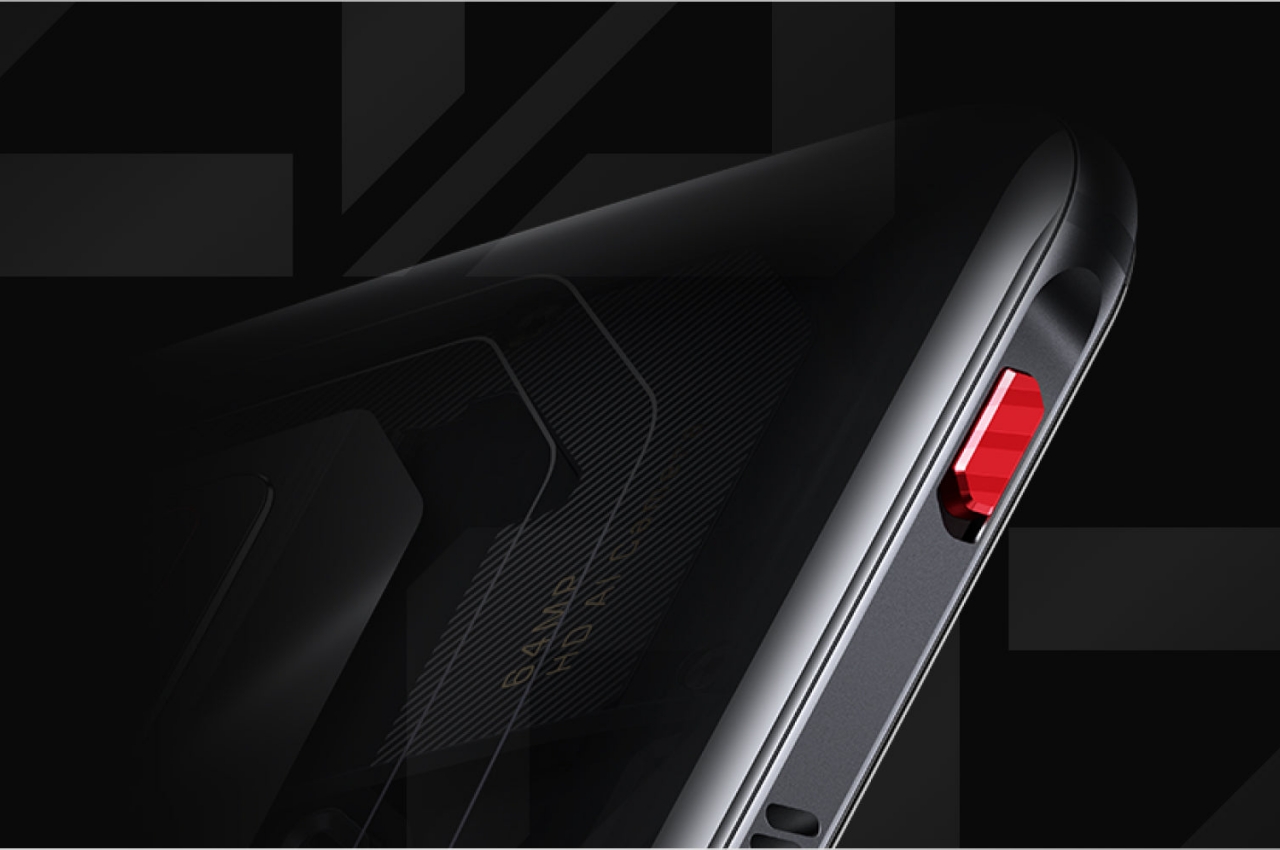 Could this be the successor to Apple’s HomePod?!

A lot of the most popular models within Apple’s vast line-up of products are topped by a flagship ‘Pro’ variant, and thanks to this concept,…

Extreme Sports are exciting and equally exciting is capturing those precise moments of adrenalin pumping excitement. Observer is a camera this is a remotely controlled…

For the over-protective bag owner

More than any calamity, the thing I fear most while flying is losing my luggage. Now while most people want to bring the IoT to…