Break free from the problems that weigh you down with this stylish pen that looks like a spaceship ready to blast off into higher levels of productivity.

We all have our favorite writing tool. For some, it’s a specific brand pen brand. For others, it’s a very specific kind of pen. Many of those with a passionate love for ink keep their prized pen proudly standing on their desk, ready to be picked up and used. Not everyone does so, however, and quite a few expensive-looking designer pens remain as decorative pieces, untouched and unused, almost like they were fragile artifacts rather than tools to help us grow. This pen is anything but just a pretty face and is built almost like a spaceship. More importantly, it actually invites us to stare at it and even have fun with it, all for the sake of actually improving our productivity. 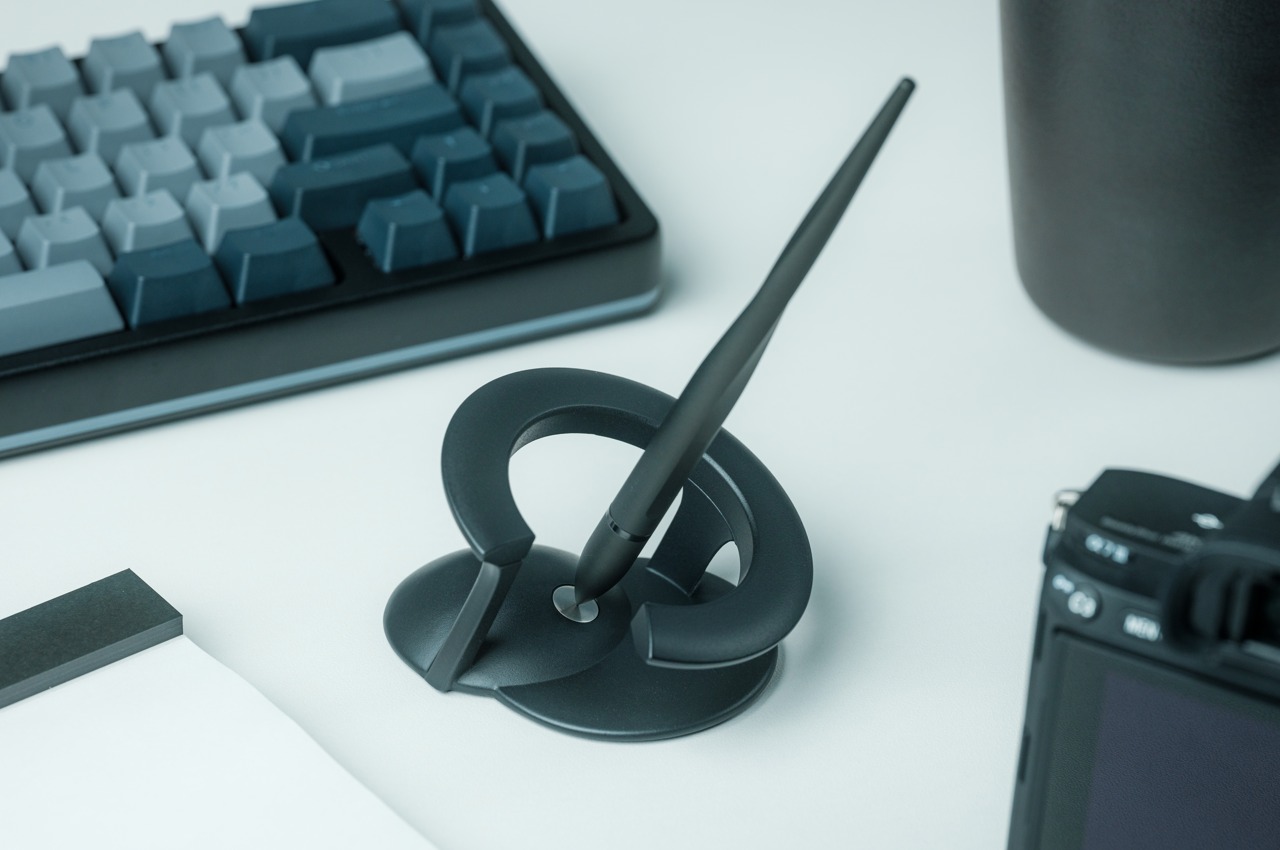 Static, immobile pen stands are so last century. If you’re going to show off a pen, you might as well do everything to catch people’s attention. That’s what this levitating pen brings to the table, almost literally. Rather than simply leaning at a 23.5-degree angle, this pen looks as if it were on the verge of falling over. It never does, of course, thanks to the almost magical science of magnets.

Despite its otherworldly feat, almost everything about this levitating pen is begging to be touched, felt, and played with. Give the pen a twist while docked in its station and be mesmerized by its continuous kinetic motion. If you’re more of the “hands-on” type of person, you can also pull out the magnetic cap and have that spin around on the desk, using the pen like a magic wand that has granted you telekinetic powers.

Of course, the pen is more than just a visual novelty and a toy. It is a true-blooded tool for putting your thoughts on paper. Compatible with standard SCHMIDT D1 ballpoint refills, you can be assured that your pen will keep on writing forever, as long as you have a stock of refills at hand. Thanks to its aircraft-grade aluminum body, it’s also guaranteed to last just as long, maybe for a few decades at the very least.

Despite its almost cold metal body and space-worthy talents, this futuristic writing tool remains approachable and human. The soft satin-like finish makes it soft to the touch, and its twisting form is more than just for show, though it is definitely an eye-catching design. It’s actually designed for ergonomics, with the curves nestling comfortably inside your hand and won’t slide off or cut into your skin while you hold it.

Available in our shop in black and silver color choices, this levitating pen makes any writing task smoother and more enjoyable. And when your brain needs a break, you can spin the pen or the cap to get those creative juices flowing again. Whether it’s docked or in your hand, this spacecraft-like ballpoint pen is ready to launch your productivity and consciousness into new heights while having fun along the way.

A light for Late-night Learners

Designed for those who lack immediate access to electricity, the EnLight concept converts kinetic energy produced by the user to provide both direct and ambient…

A desk knife that dares to be different

Inspired by the Japanese Kiridashi, but with a design that looks nothing like the original, the Craighill Desk Knife is daringly unique, so much so…

Levitating Plant Pods with a Surprise

Designed for placement in public spaces, the Biome system introduces an entirely new way for urban dwellers to interact with the environment. The sculptural units…

Whether it’s to save space or keep things looking tidy, we have a natural tendency to push our at-home body scales right up against the…