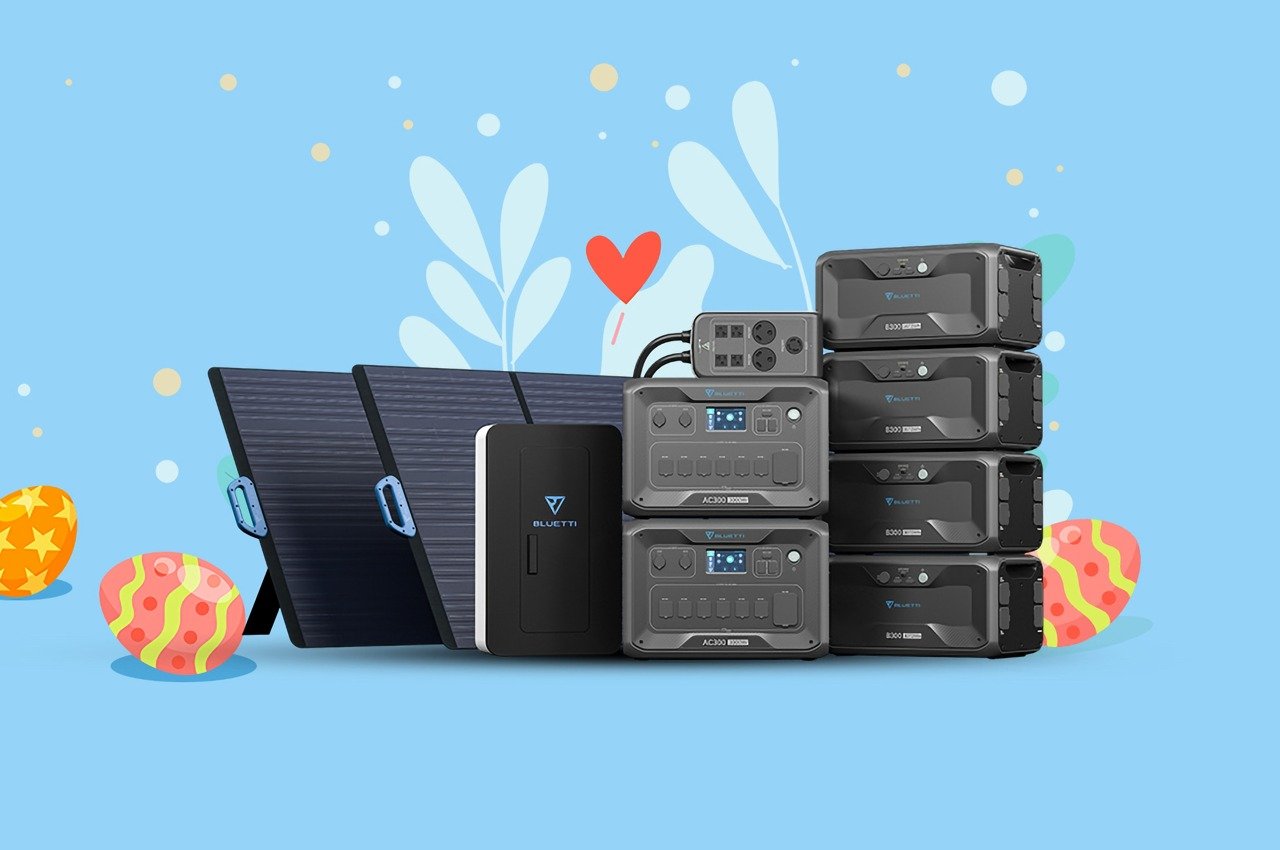 Escaping the city is easy when you have a clean, green, and quiet power you can rely on to continue living the modern lifestyle.

Power banks or battery packs have almost become a necessity these days for any digital nomad, but those small boxes of energy can only go so far. While camping (or glamping) or during emergencies and power outages, you will need a lot more power to drive small appliances or even just charge your faithful MacBook. That’s where Bluetti’s wide assortment of portable power stations come in, offering large batteries that can even power your house in a pinch. Admittedly, these huge boxes aren’t something you’ll want to buy on a whim, but the company’s latest seasonal promos knock down those prices, so you’ll have fewer excuses not to prepare for a rainy or dark day. 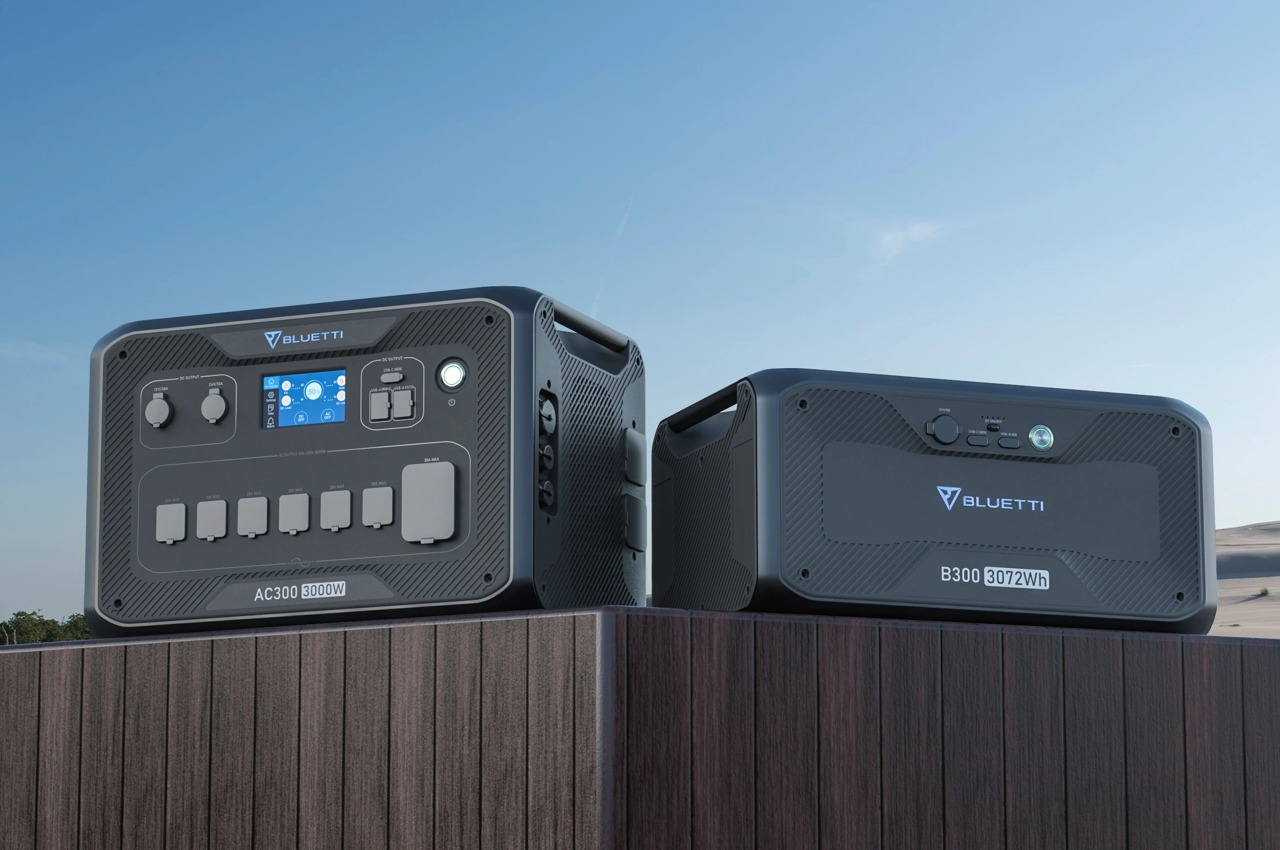 The Bluetti AC300 and its B300 battery module partner are the company’s current champions, offering power and flexibility in the combination you want or need. The AC300 is a 3000W Pure Sine AC inverter that allows you to power even the most demanding appliances. It doesn’t come with its own battery, though, but you can connect up to four of these 3,027 Wh B300 modules. You can even connect two such combinations for a whopping 24,576Wh or 6000W 24V of power to run the whole house. And thanks to its modular nature, you decide just how many modules you want to connect, making it easier to move them around the house or outdoors as needed. 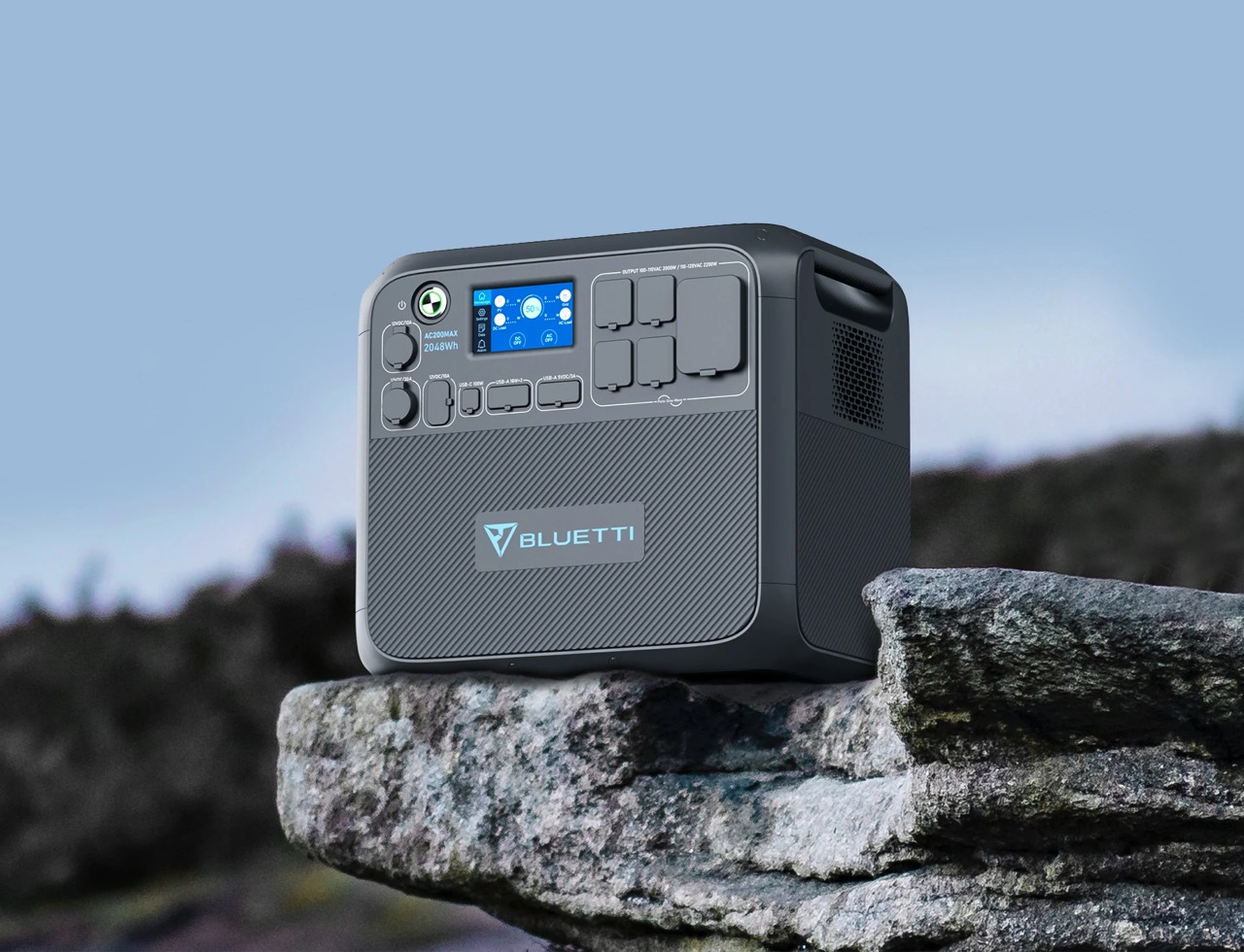 The Bluetti AC200 MAX walks the middle ground by containing its own 2,048Wh battery. It’s larger than the AC300 because of that, but it also means you can use it standalone. You can, however, also connect up to two B230 or B300 battery modules when you need more power. Just like its more flexible sibling, the AC200 MAX can power multiple devices or appliances at the same time, thanks to its 16 outputs ranging from AC outlets to USB-C ports. 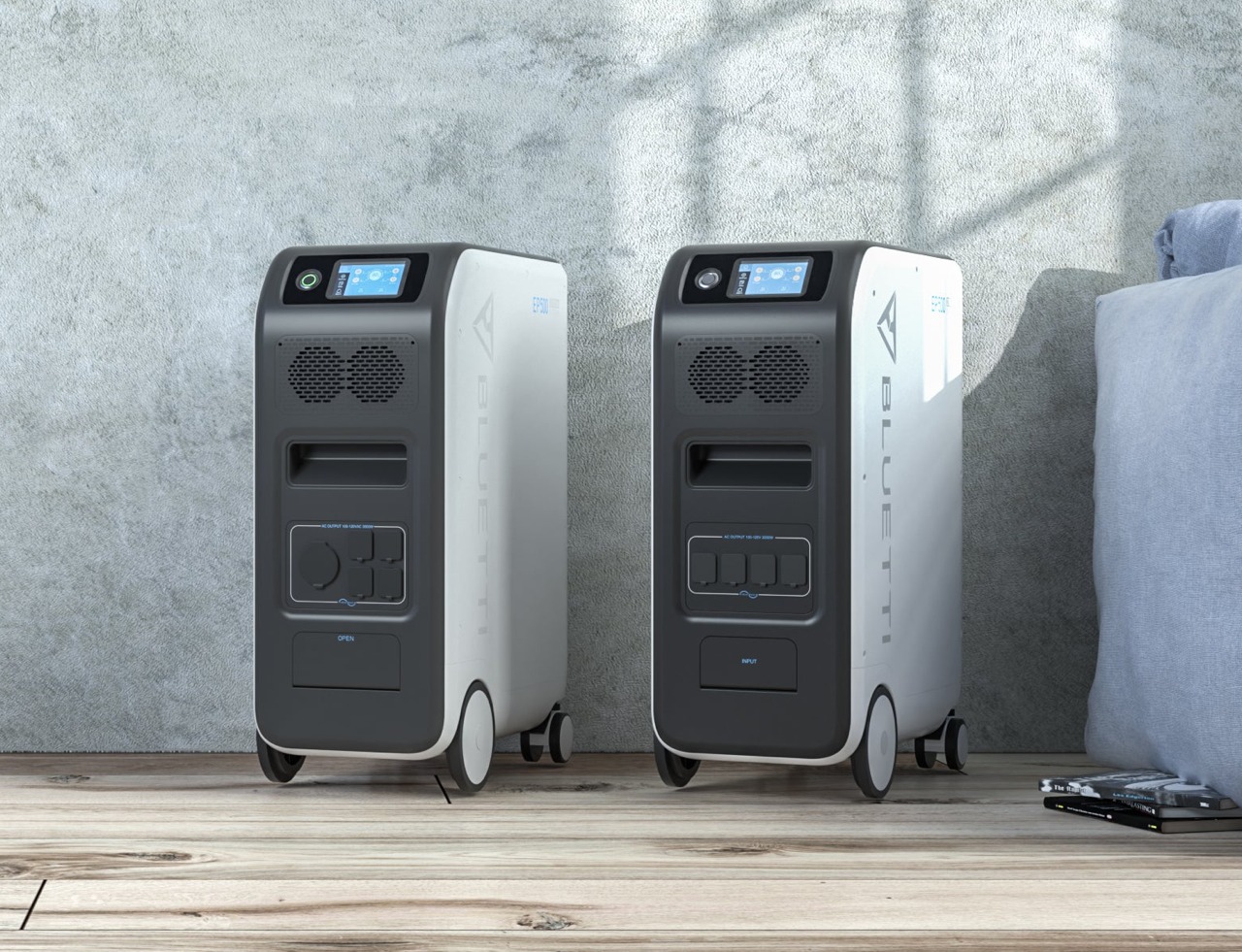 If portability isn’t too much of a concern, the Bluetti EP500 promises to be the only home emergency power backup you’ll ever need, especially with its large 5,100Wh capacity. As big as a suitcase, and thankfully also with wheels, this movable power station can be connected to our house’s main grid so it can kick in the moment power goes down. Bluetti’s Fusion Box lets you connect two of these together for the ultimate home power supply. 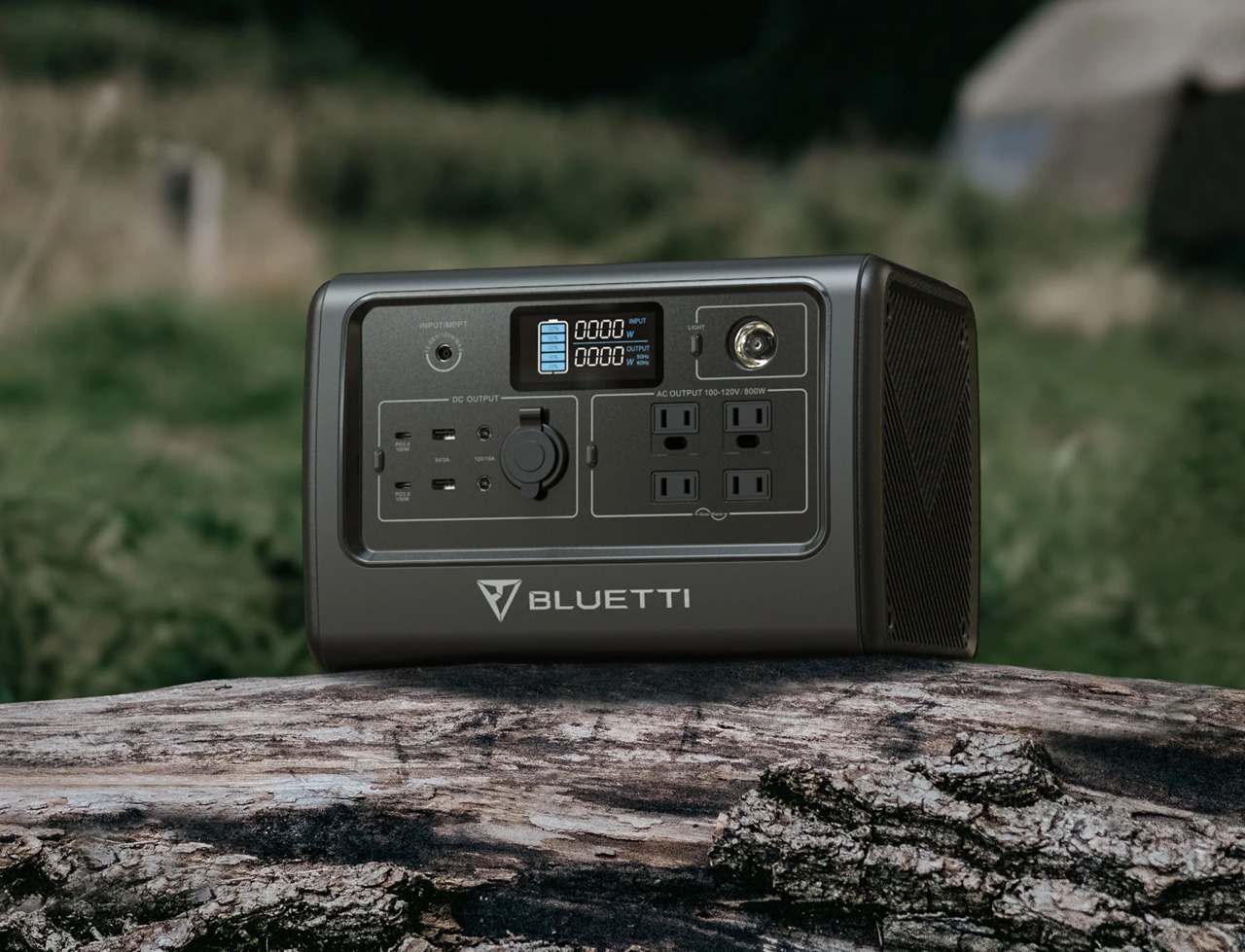 In contrast, the EB55 and EB70 go the opposite extreme and come in Bluetti’s most portable sizes. Providing 537Wh and 716Wh of power, respectively, these lighter batteries offer enough juice for a quick, relaxing trip outdoors. Like all of Bluetti’s power stations, these can be charged with solar energy, so you won’t have to worry about the power station itself running out in the middle of nowhere. In fact, Bluetti is also putting its new PV350 Solar Panel on a discount, guaranteeing 350W of power on a sunny day, and won’t break a sweat on cloudy ones. 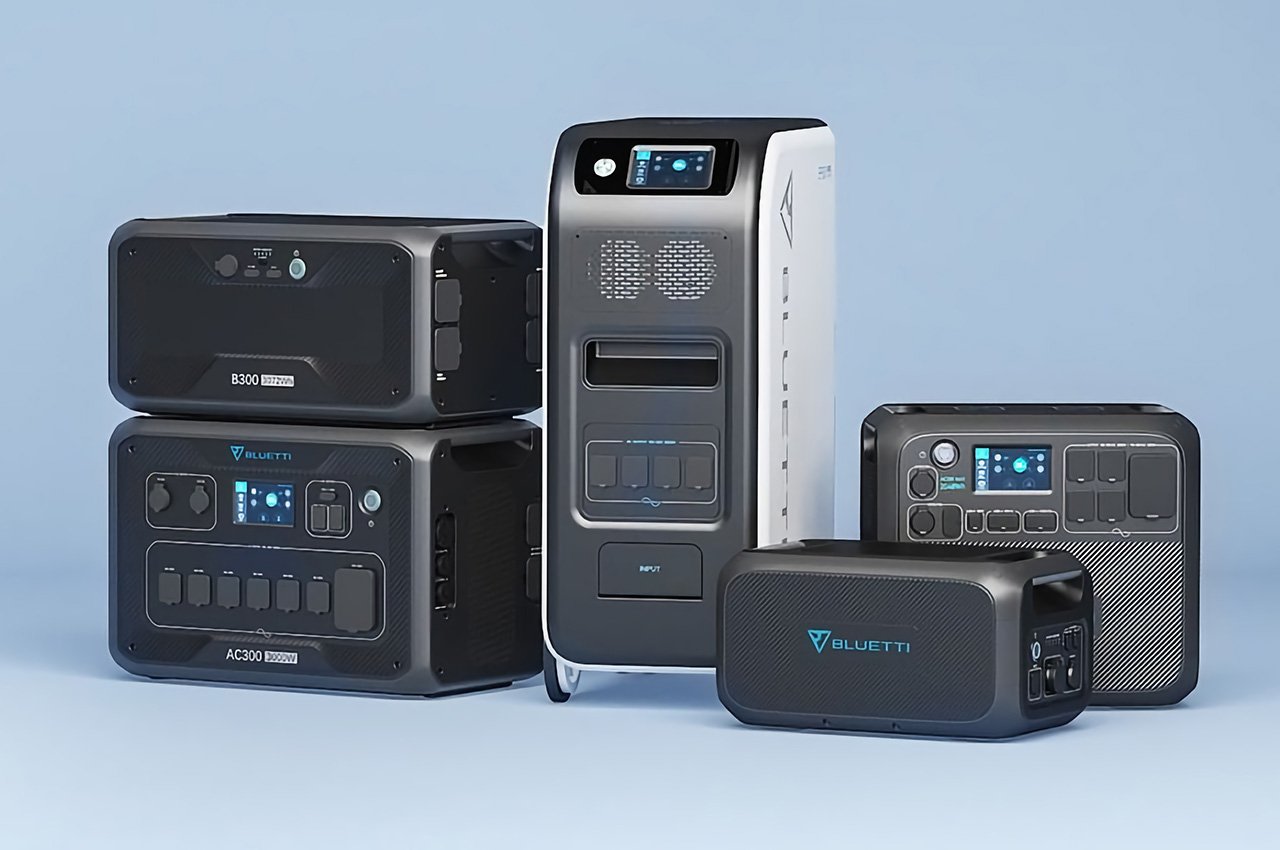 This Easter, Bluetti is offering big price cuts for these products to help you prepare for worst-case scenarios or simply be more confident and less stressed when spending days away from a wall socket. The AC300 and two B300 batteries, for example, will go for only $5,399 ($400 off a regular $5,799), while a single B300 battery module will cost only $1,899 after a $100 discount. The PV200 Solar Panel is normally $499 but is $70 off at $429 during that promo period. With Bluetti’s product line, you don’t only get the power you need to live off the grid, you also have the choice to go completely green, thanks to solar panels that will charge these clean and quiet power generators.

The Rezo speaker was designed for mobility inside the modern home. Not only technically adapted to provide high-quality audio, it features a tasteful fabric front/back…

Going above and beyond anything your HEPA-based air purifiers can do (or even some of the UV ones), OneLife X uses plasma-field technology to purify…

In keeping with Blat Design’s Mediterranean-inspired aesthetic, the Daisy pendant lamp is both light and fresh. Its petals allow plenty of light to slip through…

If you were to study human interaction, you’d find there is a tight knit group of people who you are closest with. This is also…