Thanks to today’s technologies and bright minds, visually impaired people no longer have to settle for voice-overs and text to enjoy the magic of pictures.

Modern life has seemingly settled around digital artifacts, from files to videos to photos. While there are devices and software that help translate these pieces of content into something that could be consumed by those with vision problems, there remains one kind of content that can’t be transformed that easily. Text can easily be spoken out or be “felt” using braille, but blind and visually impaired people often have to rely on text descriptions for images, which sometimes aren’t available. With this rather innovative device, they no longer have to settle for anything less, allowing them to feel pictures the way they do text. 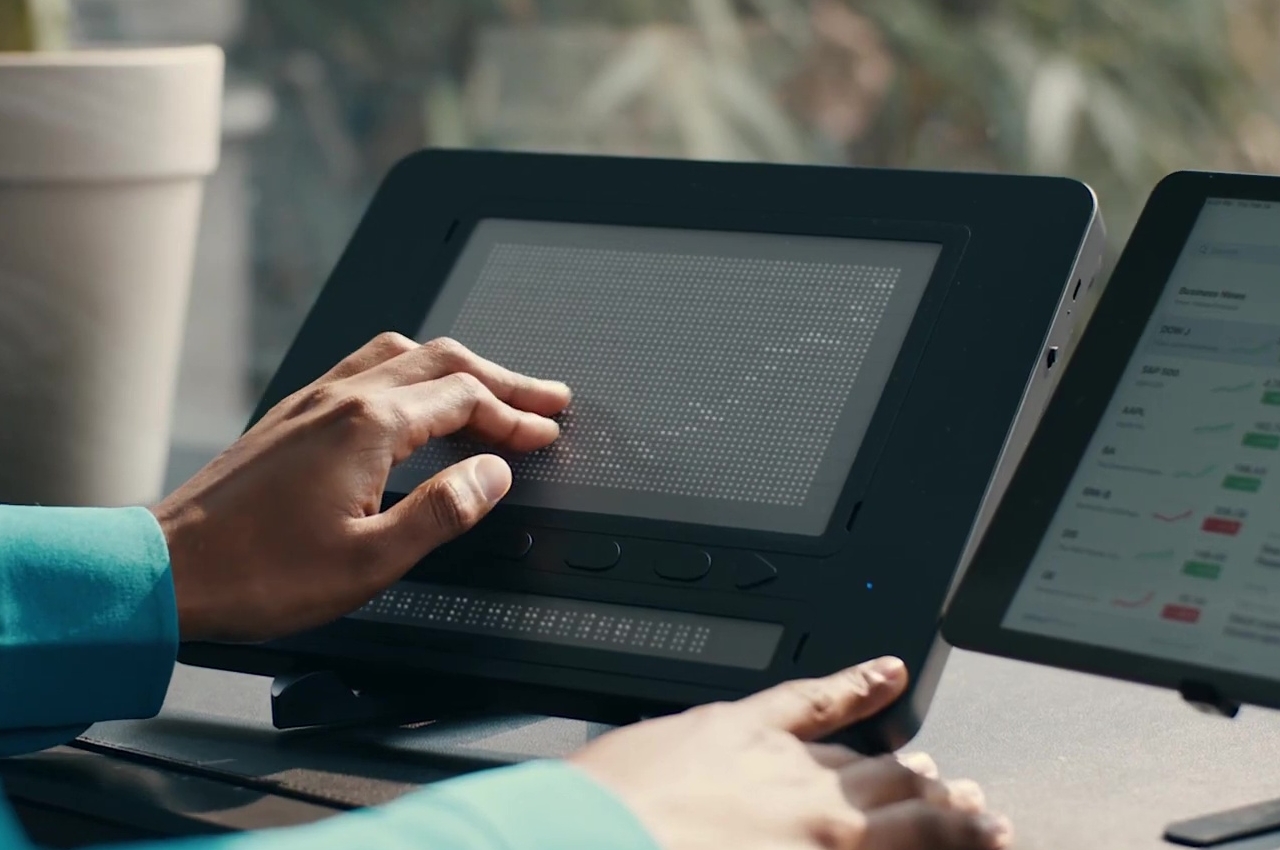 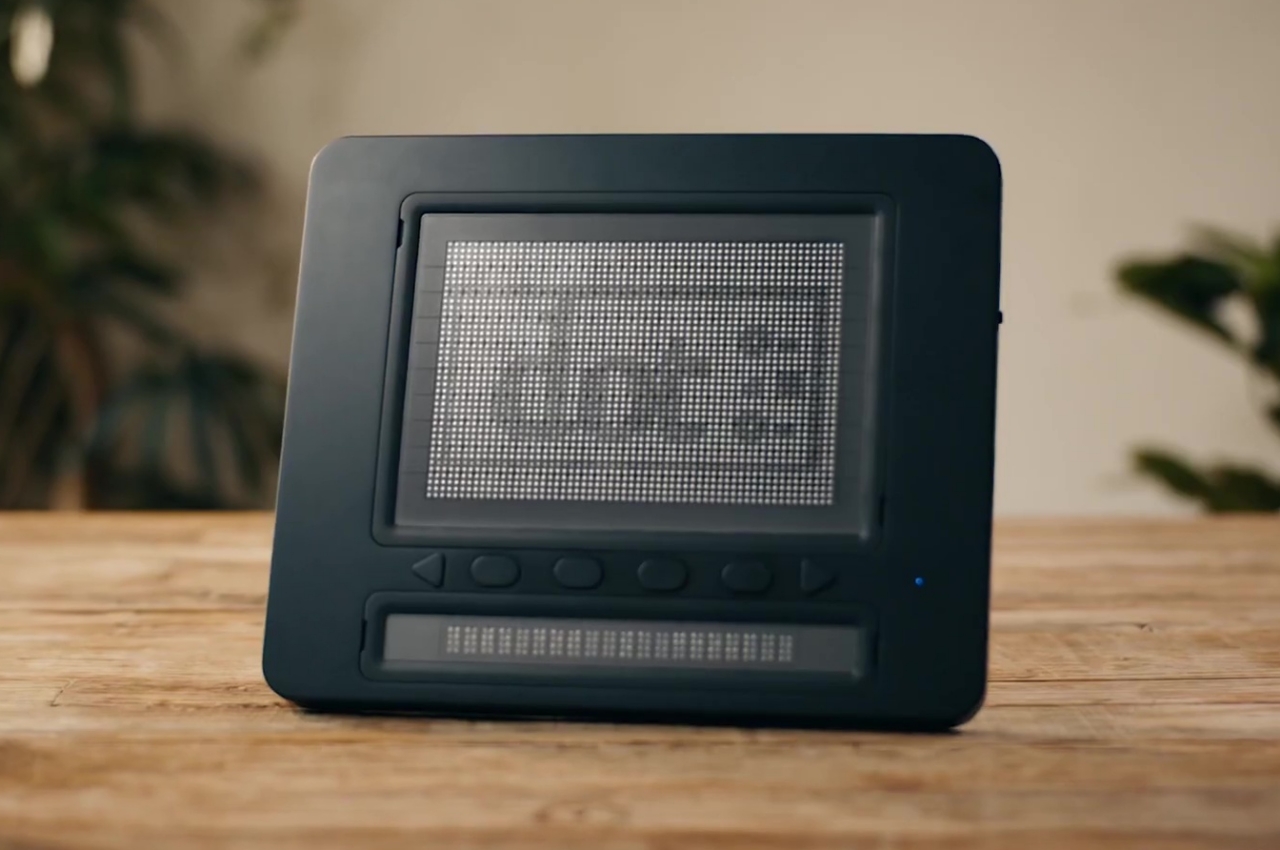 The human mind and body are quite amazing when it comes to adapting to physical problems. Those with vision disabilities, for example, tend to develop more heightened senses of hearing and touch. Adept braille readers can almost match the speed of those with sufficient vision, making it look like they’re magically reading off a book using their fingers. Utilizing that same incredible skill, this unique tablet literally puts images under people’s fingertips so that they can see rather than just read or hear photos, graphs, and drawings. 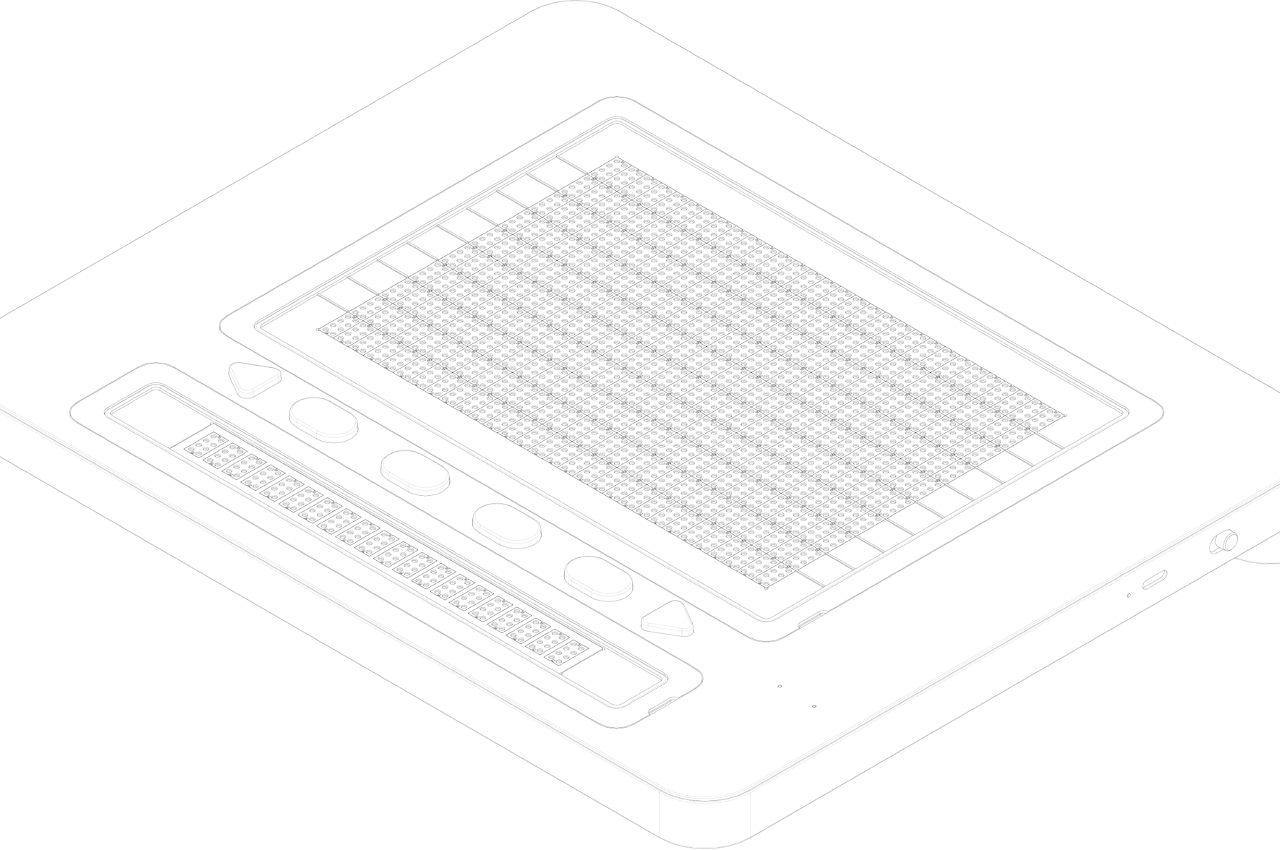 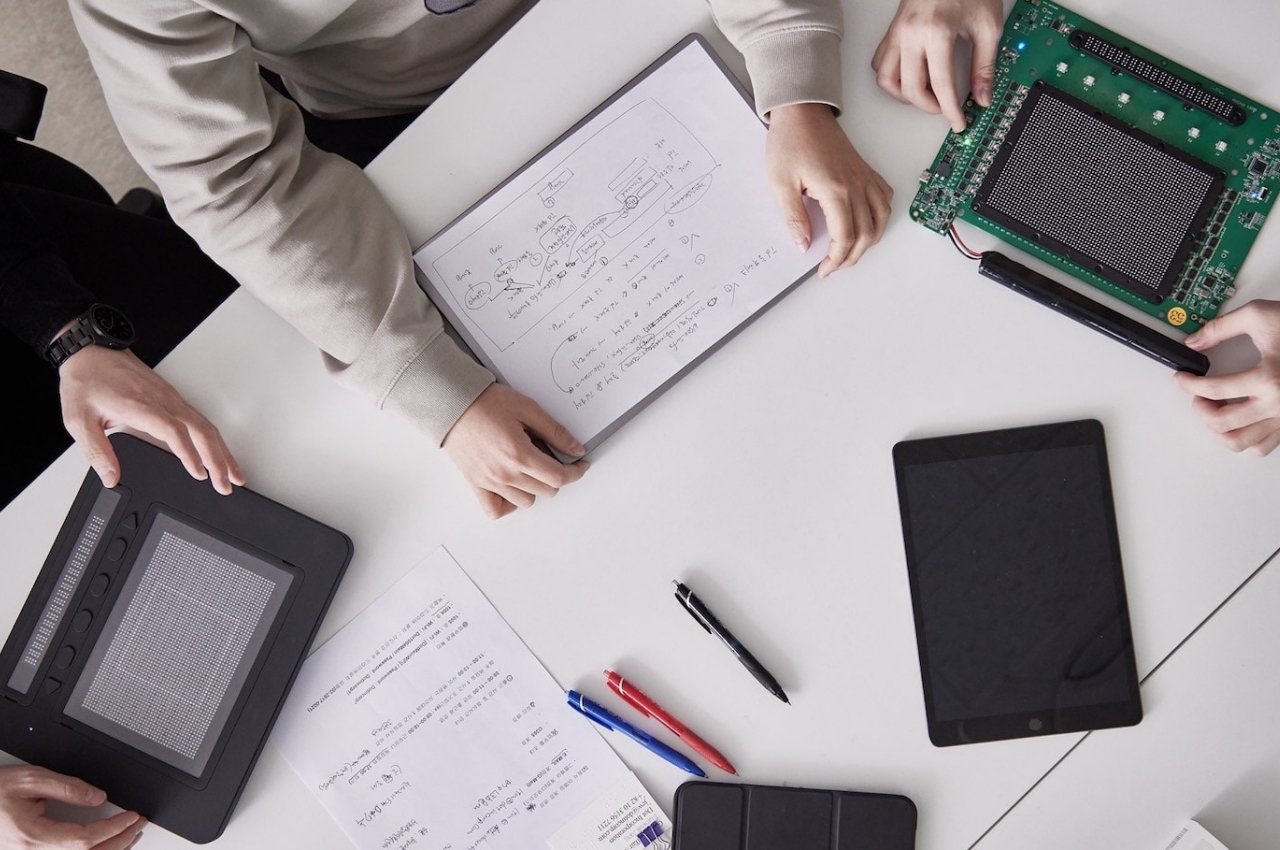 Braille tablets aren’t exactly new, but Dot Pad takes this idea to the next level by having a large area with 2400 dots grouped in 30×10 cells that change in real-time to mirror an image from a paired iPad or iPhone. There is also a smaller area with 20×1 cells that can be used for displaying text in braille, useful for images that come with their own captions. The idea is to let visually impaired people slide their fingers over those dots to be able to form the correct picture in their minds, rather than relying on descriptions that could be inaccurate. 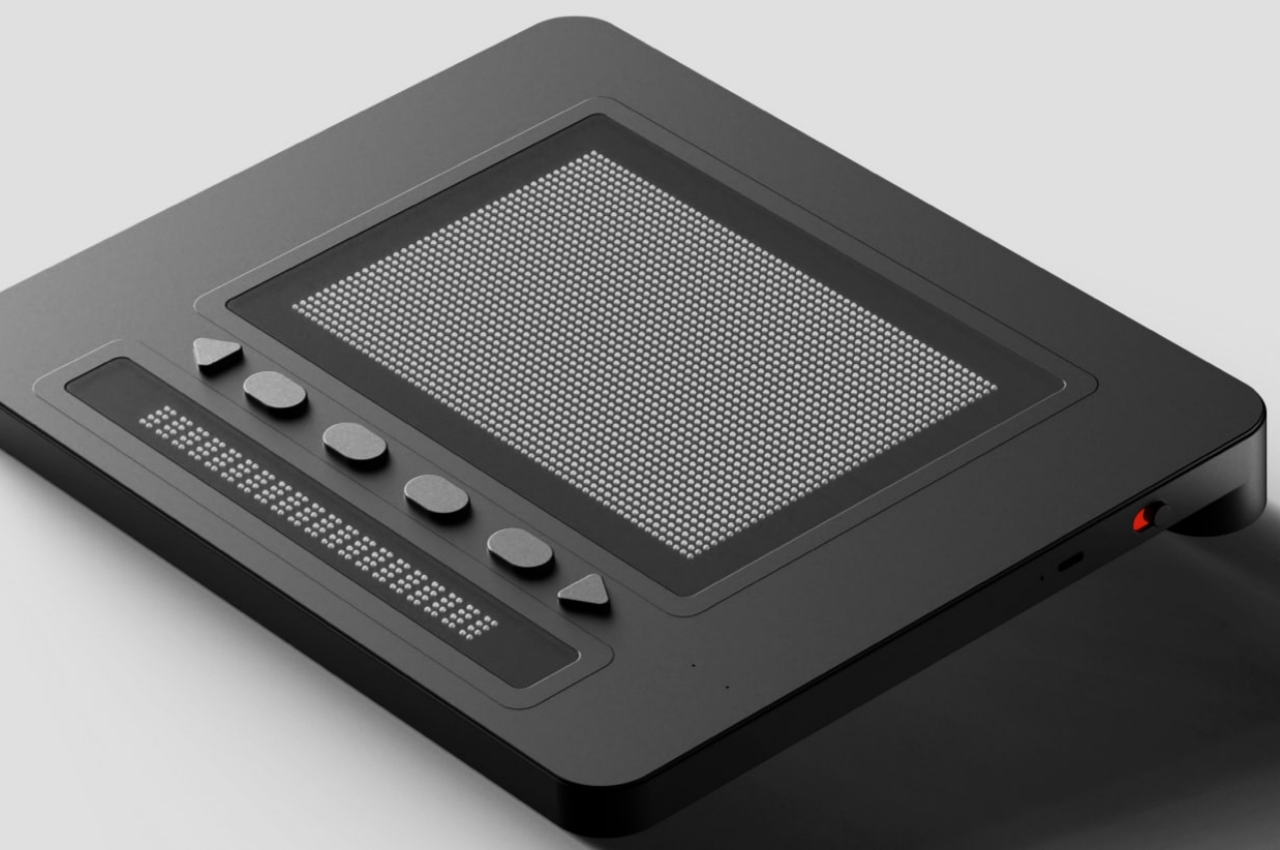 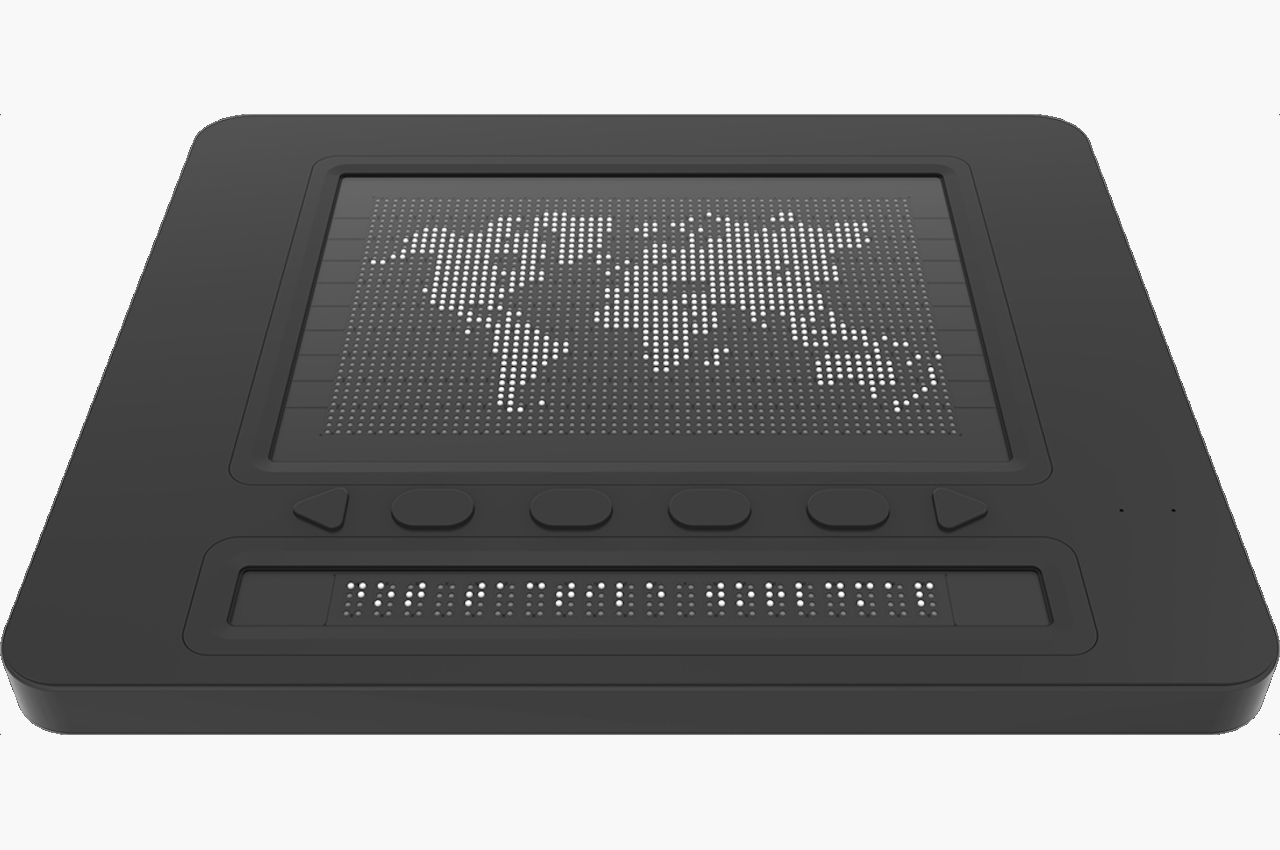 The slate itself is rather unremarkable in terms of visual design. It’s a large and rather thick black rectangle with legs on its upper back to allow it to lie on a table at an angle. The two dot-grid areas are separated by chunky buttons that would allow people to identify and push the right ones without having to see them. The product is designed more for durability and reliability rather than appearances, which is quite acceptable given its intended audience. 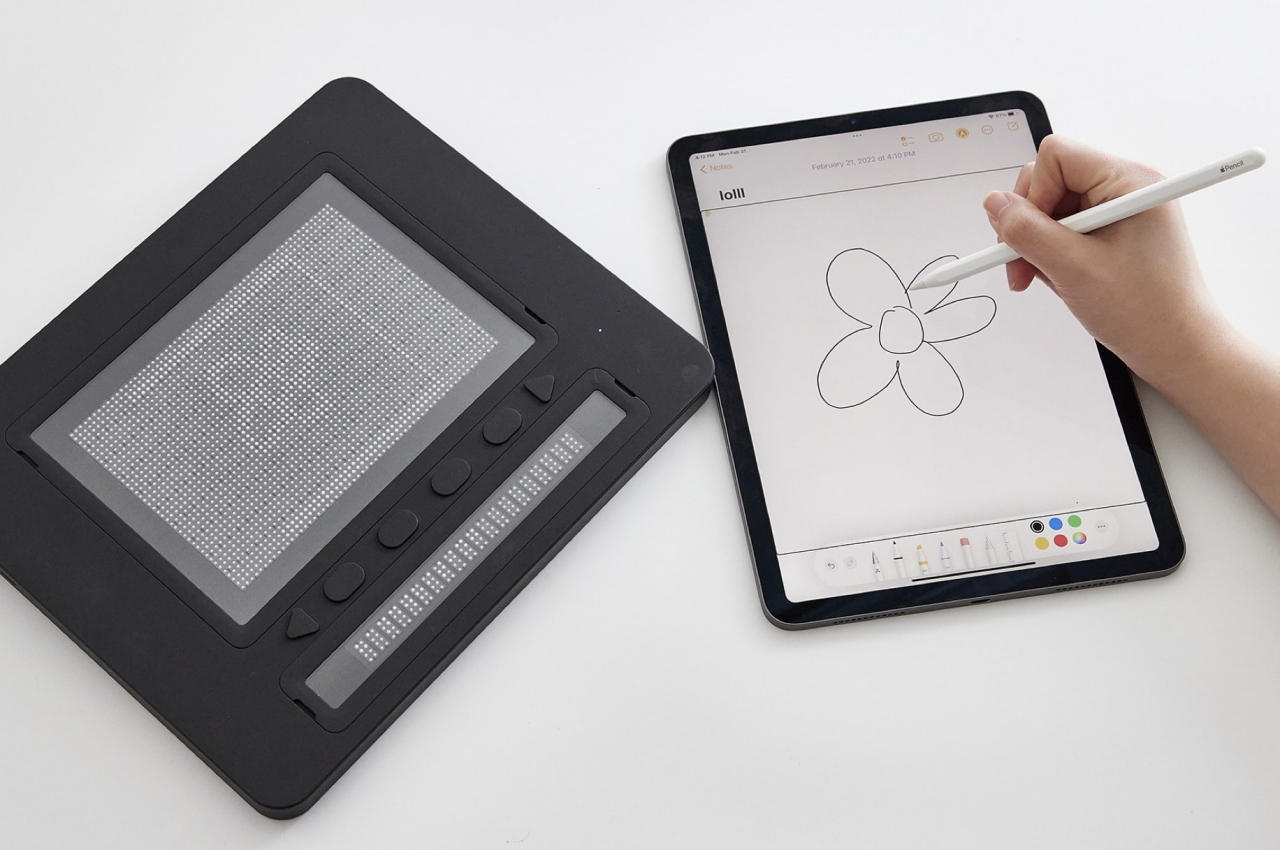 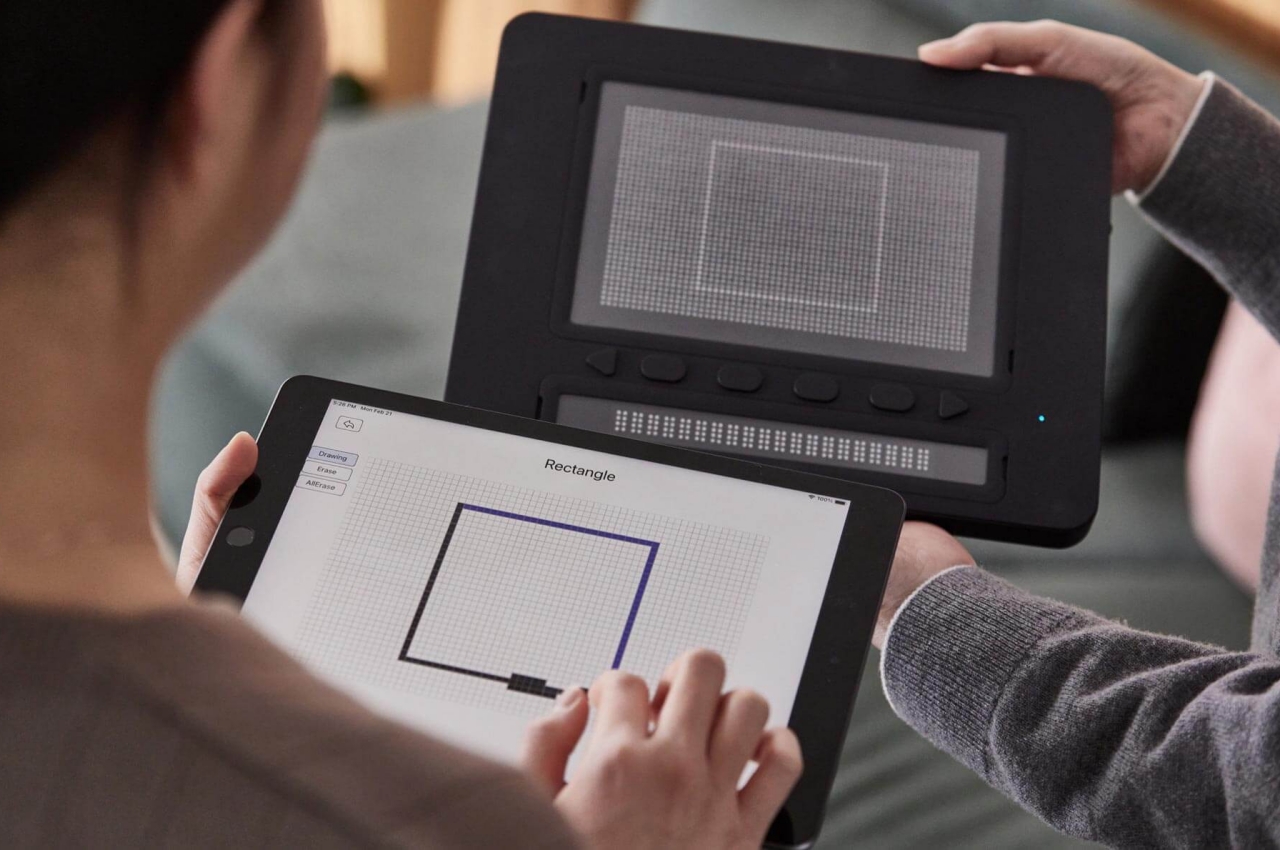 Dot Pad is an innovative solution that opens the doors wide open for people with visual disabilities to enjoy more of the world around them. It also empowers them to be more productive in life since the pad allows them to also understand graphs and charts better. These people no longer need to feel left out or ostracized because of their impairments and can even become a source of pride when they show off their mad skills in interpreting visual data using just their fingers. 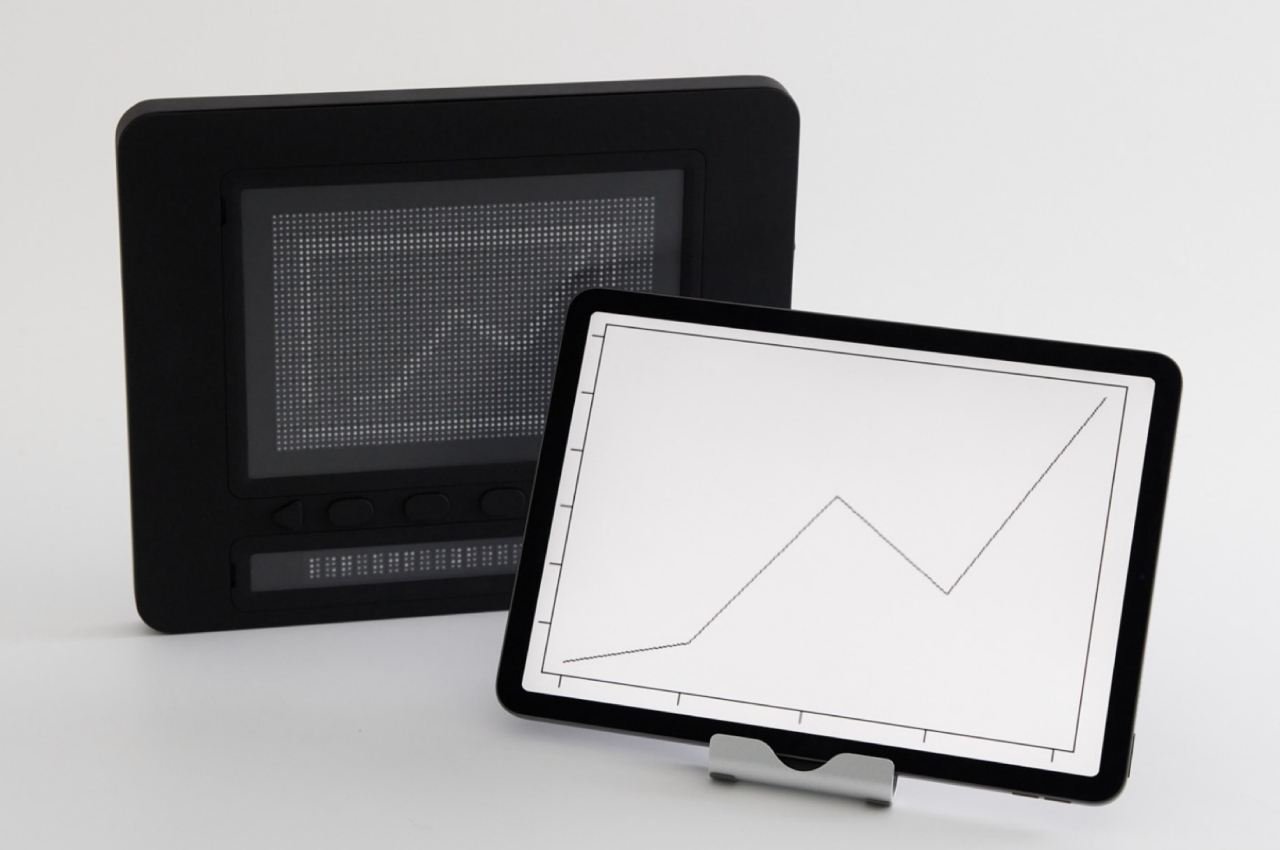 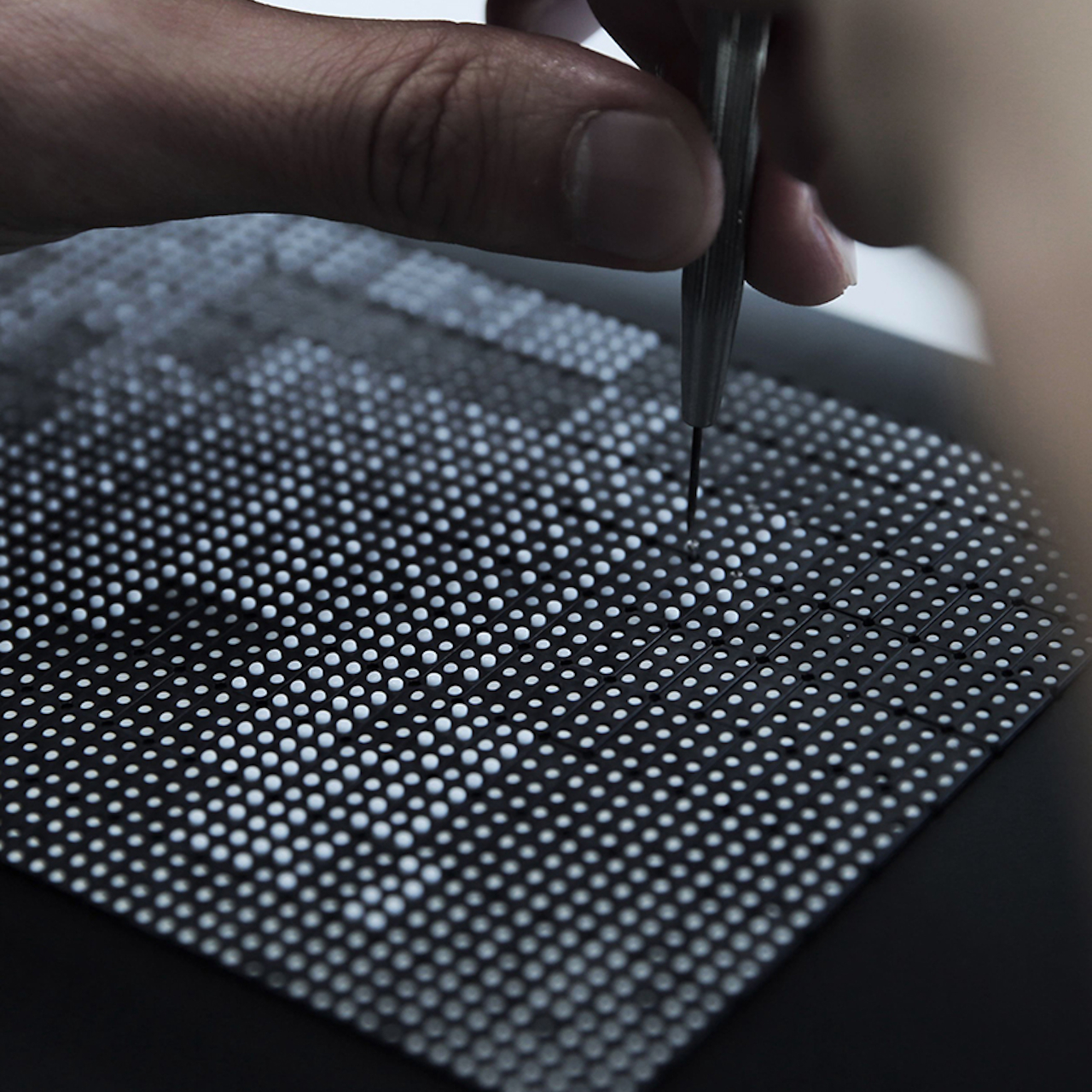 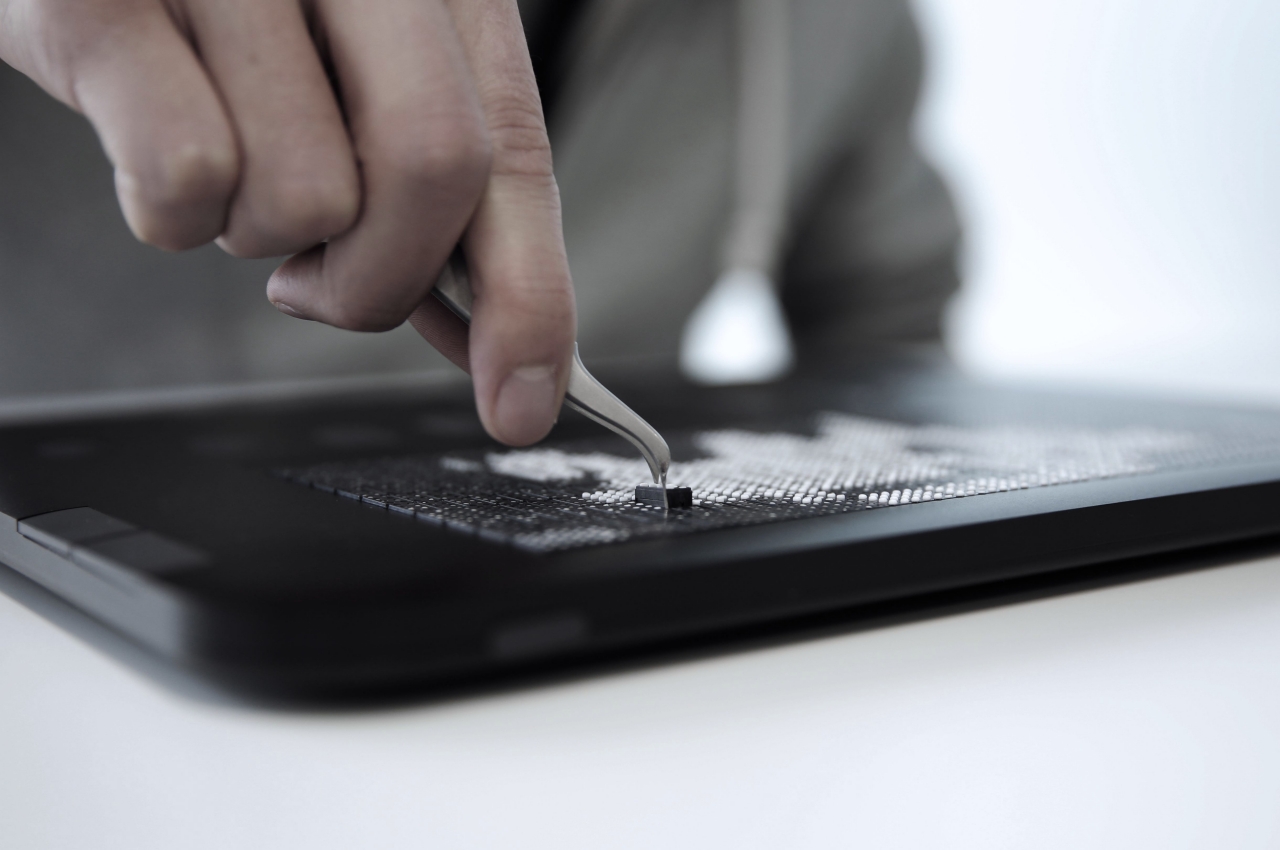 A Swiss Army Knife for the Urban Jungle

What if you could have sonar like a dolphin?! You could map the world around you all while keeping your eyes closed. Designed for those…

The idea behind the PixelBloc concept is pretty simple. Stack multiple power-banks together and make yourself a massive power-bank with a higher battery-capacity… or just…

Posture Perfect with the iTilta Superchair

Chair on wheels, wheelchair that is. The iTilta’s designed by Gu JiaWei to further push the wheelchair into the regular lifestyle of those who have…