Who said that robot goats should have all the fun, especially when you can ride on a robot goat or let it carry your bags for you.

Boston Dynamics’ Spot robot had become quite popular in the past few years, especially when the quadruped robot got assigned tasks related to COVID-19 countermeasures. Spot has been famously or infamously labeled as a robot “dog” simply because of its four legs and smaller stature, especially compared to its larger and more nightmare-ish predecessor BigDog. For all its versatility, there are still some things it can’t do, so Kawasaki took inspiration from a different animal to design a robot that could carry not only things but also people on its back. 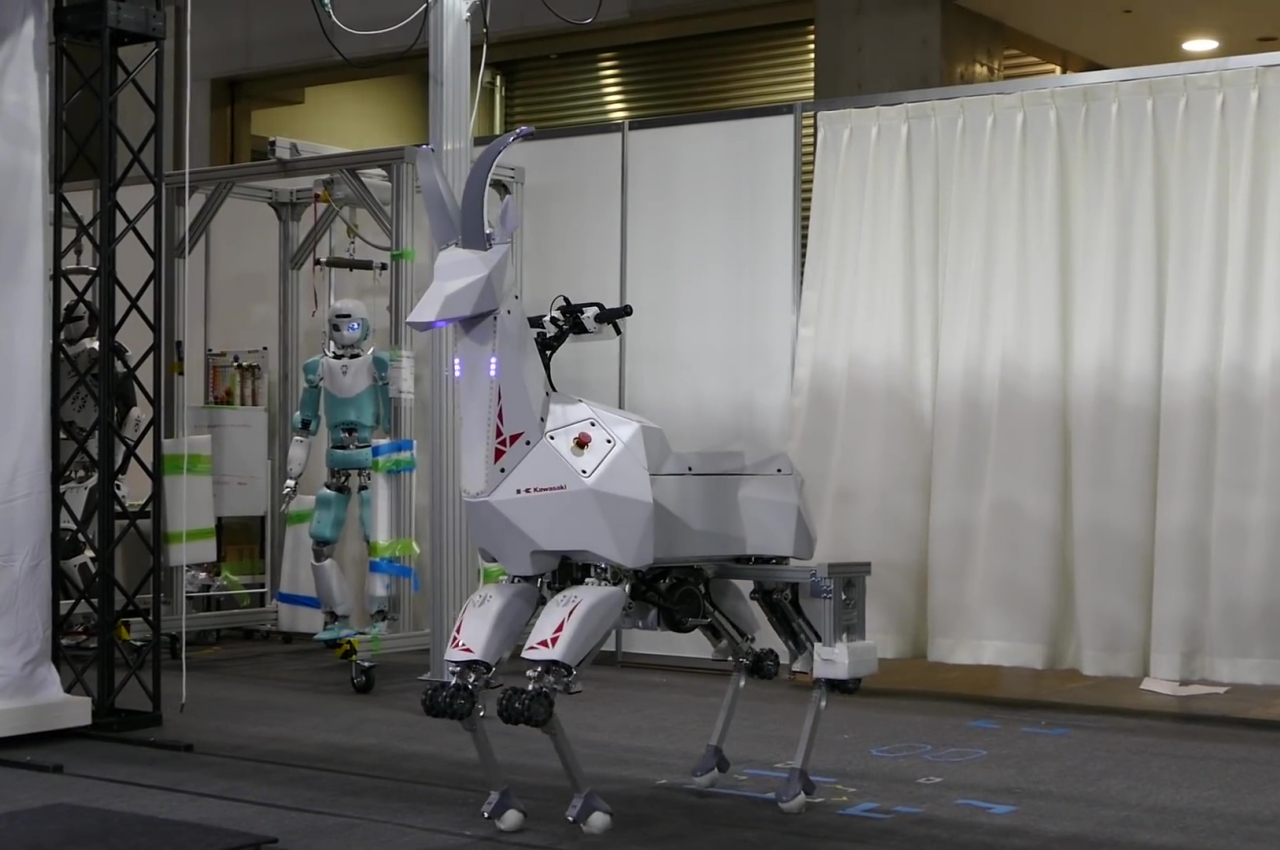 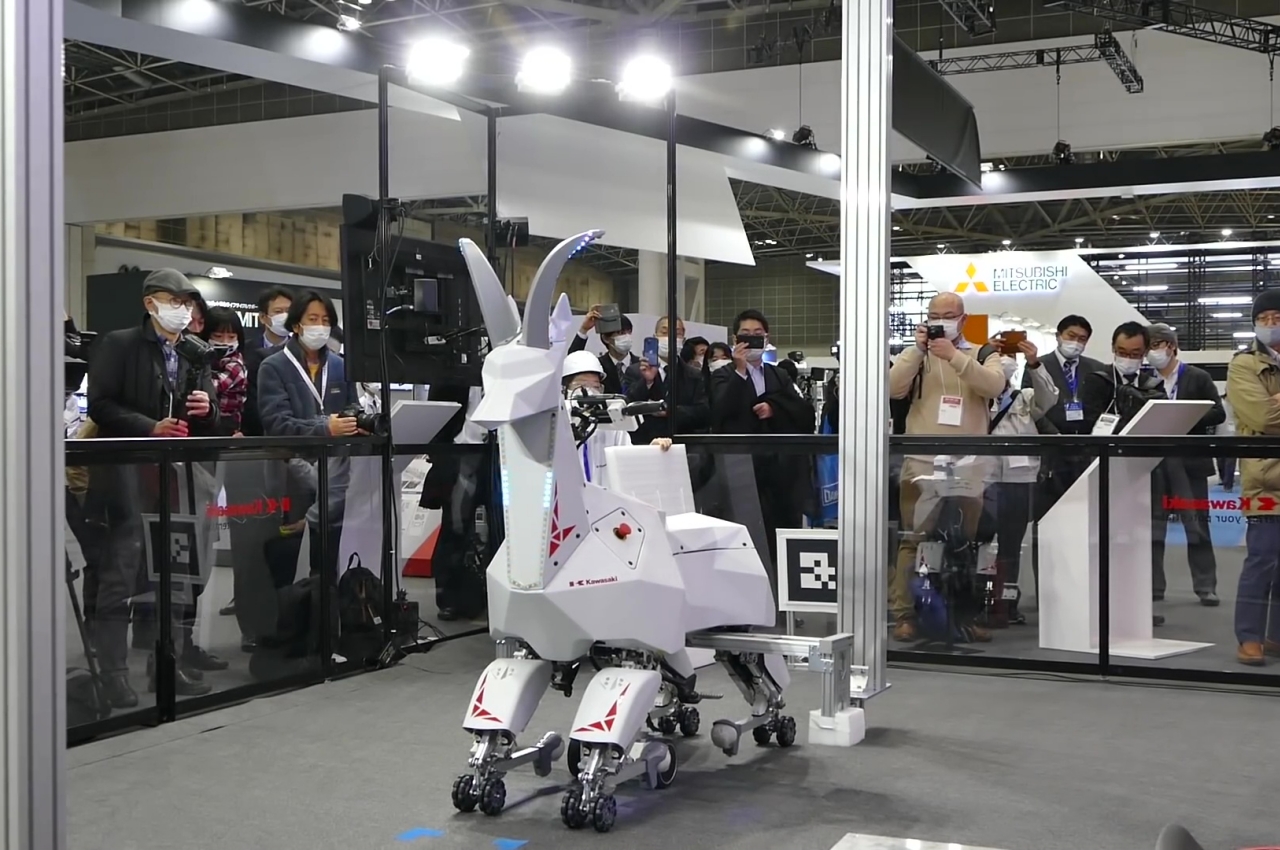 A goat is probably the last animal you’d think of as an inspiration for a human-friendly robot, especially since they’re often portrayed in a negative light. For some cultures, however, goats are used as beasts of burden for carrying cargo, which does go in line with Kawasaki’s vision for its robot, which it named “Bex.” This name was taken from the Ibex, a species of large wild goat that embodies the kind of mobility that the motorcycle maker was aiming for. 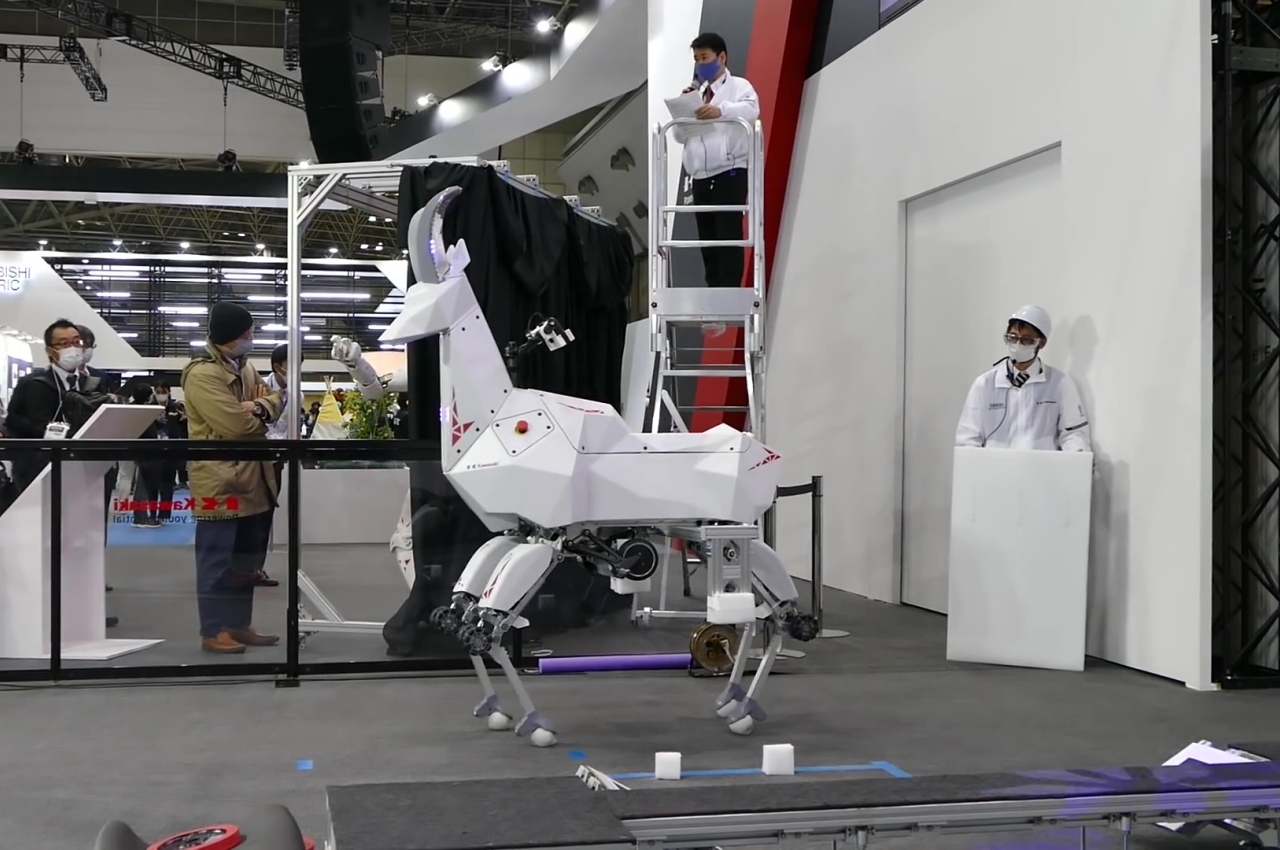 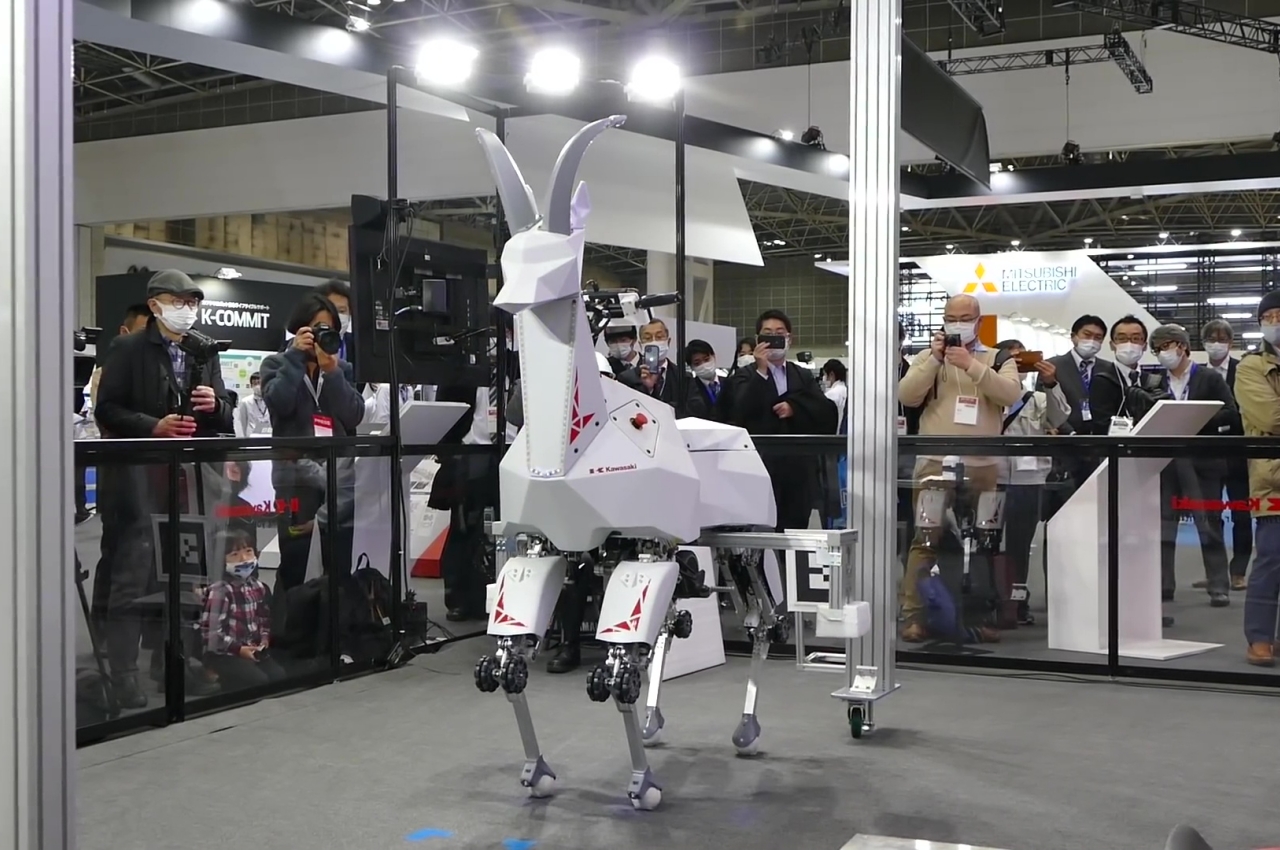 Ibexes are famous for climbing mountains with steep slopes to the point that they seem to almost defy the laws of physics. Navigating uneven terrain on four legs is something that quadruped robots like Spot is already able to do and is pretty much a solved problem for most robotics companies. Bex can definitely do it too, but it actually has a trick up its sleeves, or rather down its legs. 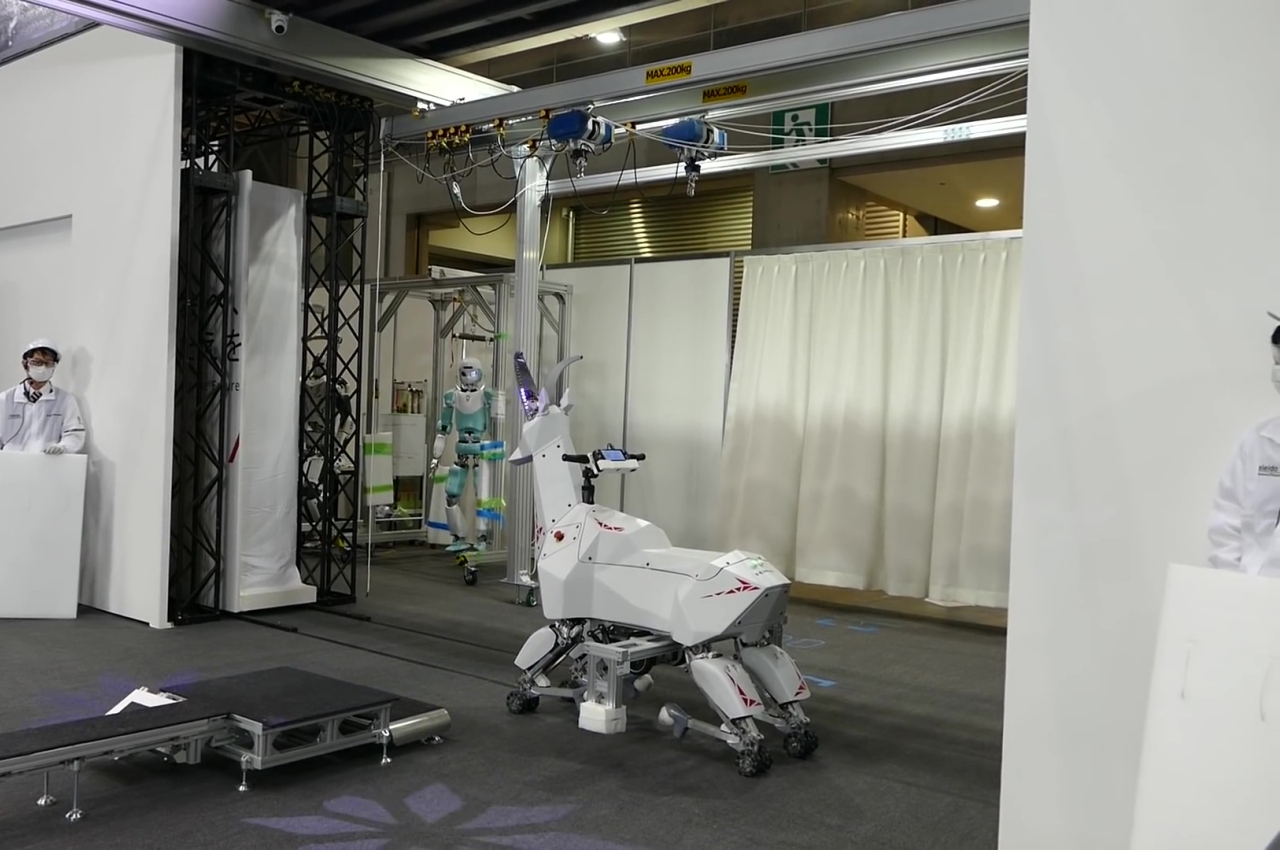 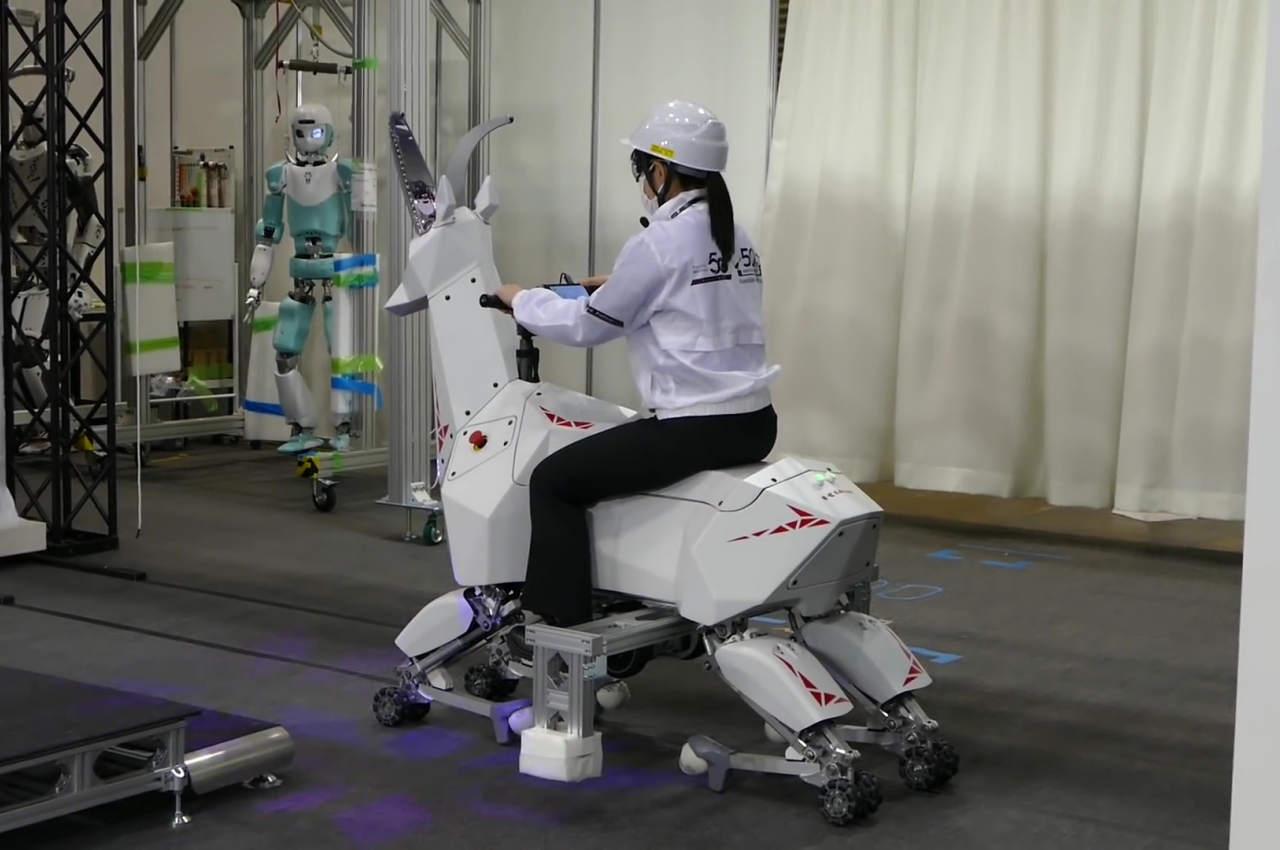 When the terrain is flat and smooth, Bex can get down on its knees and roll on wheels rather than galloping to its destination. This creates a better balance for the robot but is also more comfortable for the human riding on its back. And that is the second biggest difference between Spot and Bex, that the latter is actually designed to be ridden by humans. 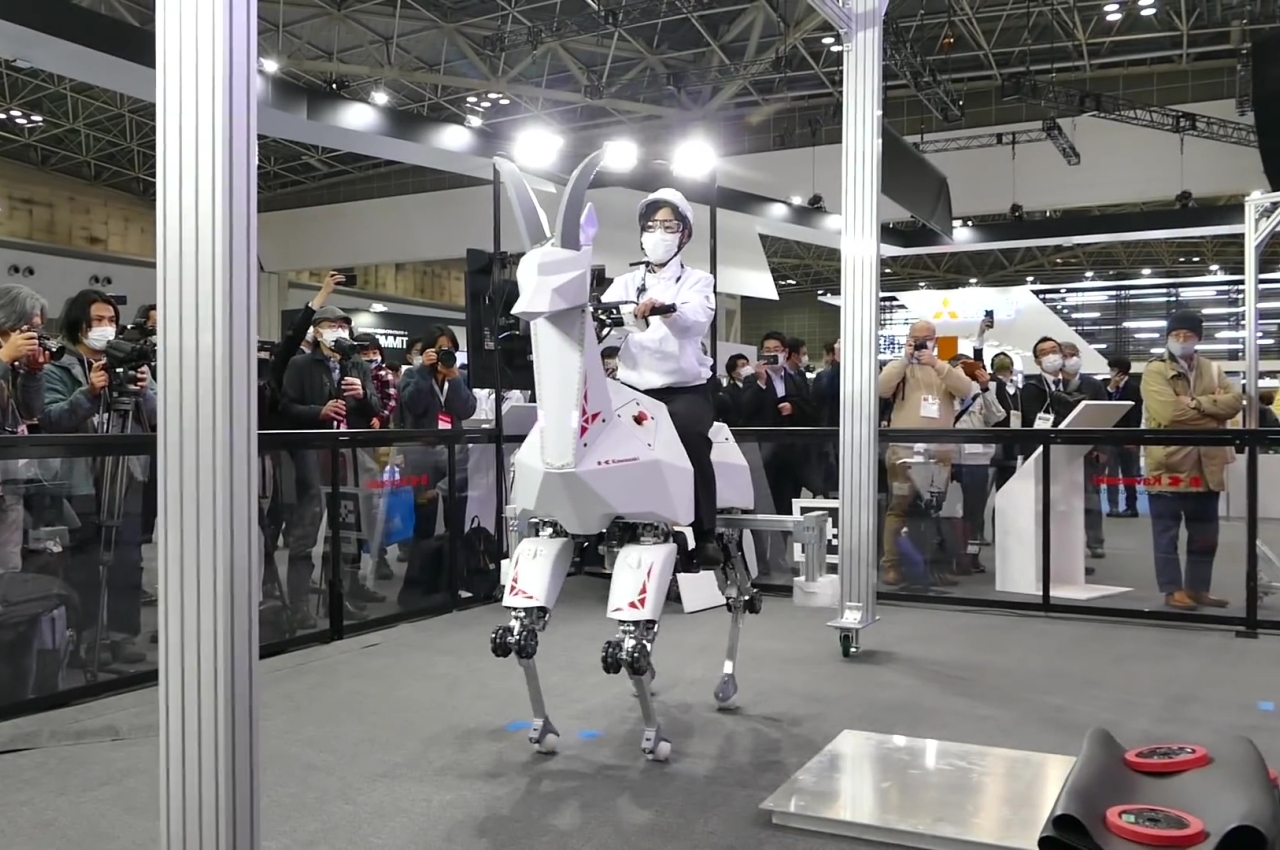 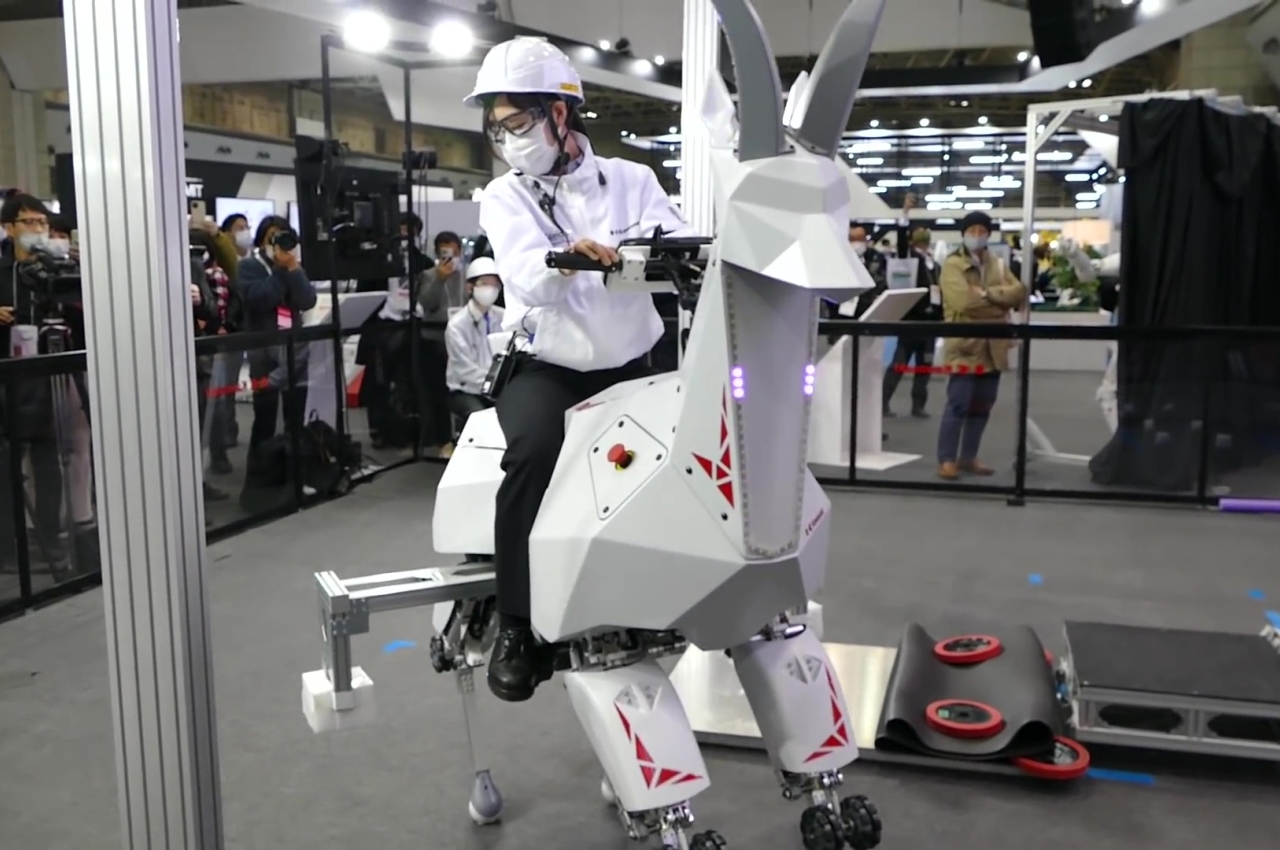 The prototype’s design is, of course, terribly uncomfortable for riding, which is why it’s still a prototype. Kawasaki also designed Bex to be modular, though, so owners and operators can remove the parts that make it look like a giant goat in favor of components that will increase its carrying capabilities. It’s definitely a strange way to travel or to carry your things, but that’s not exactly worse than having a headless robot dog following you around. 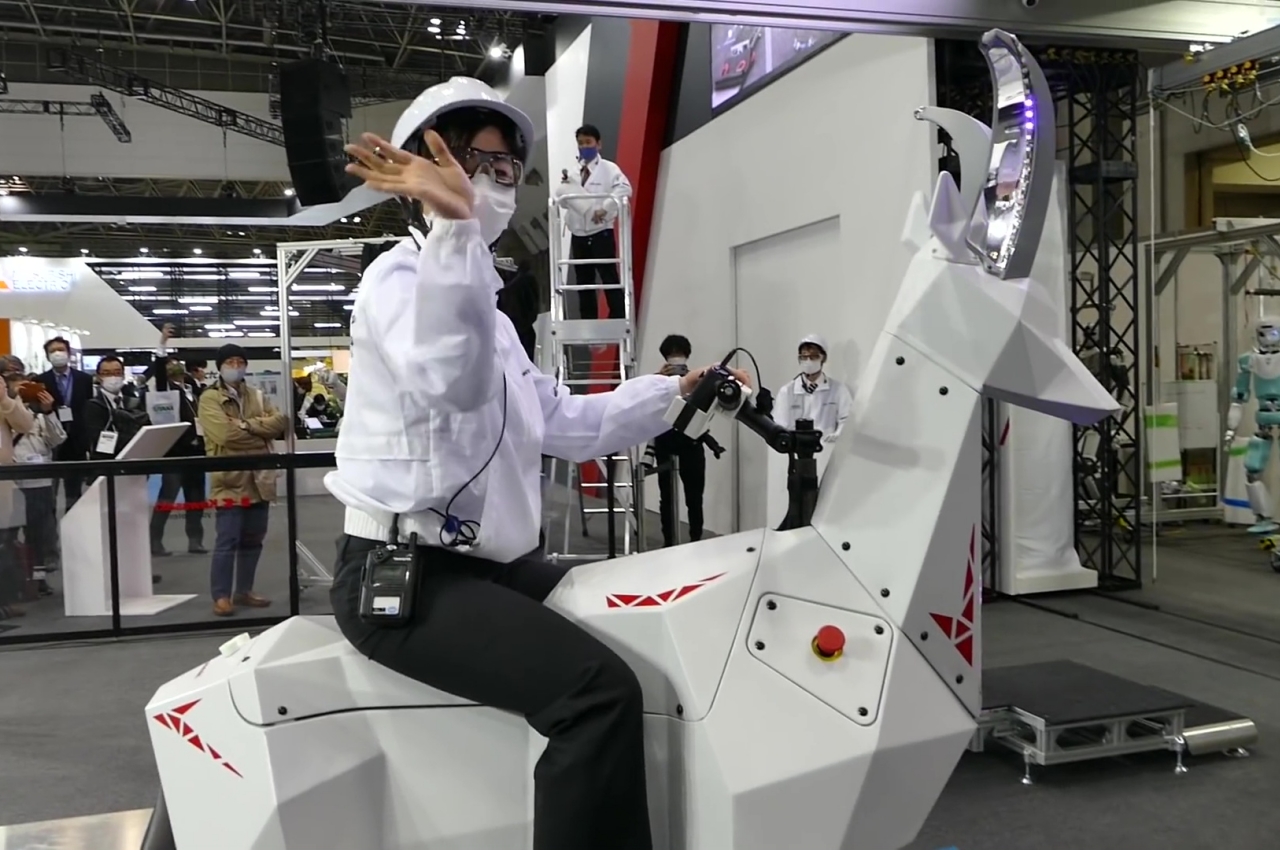 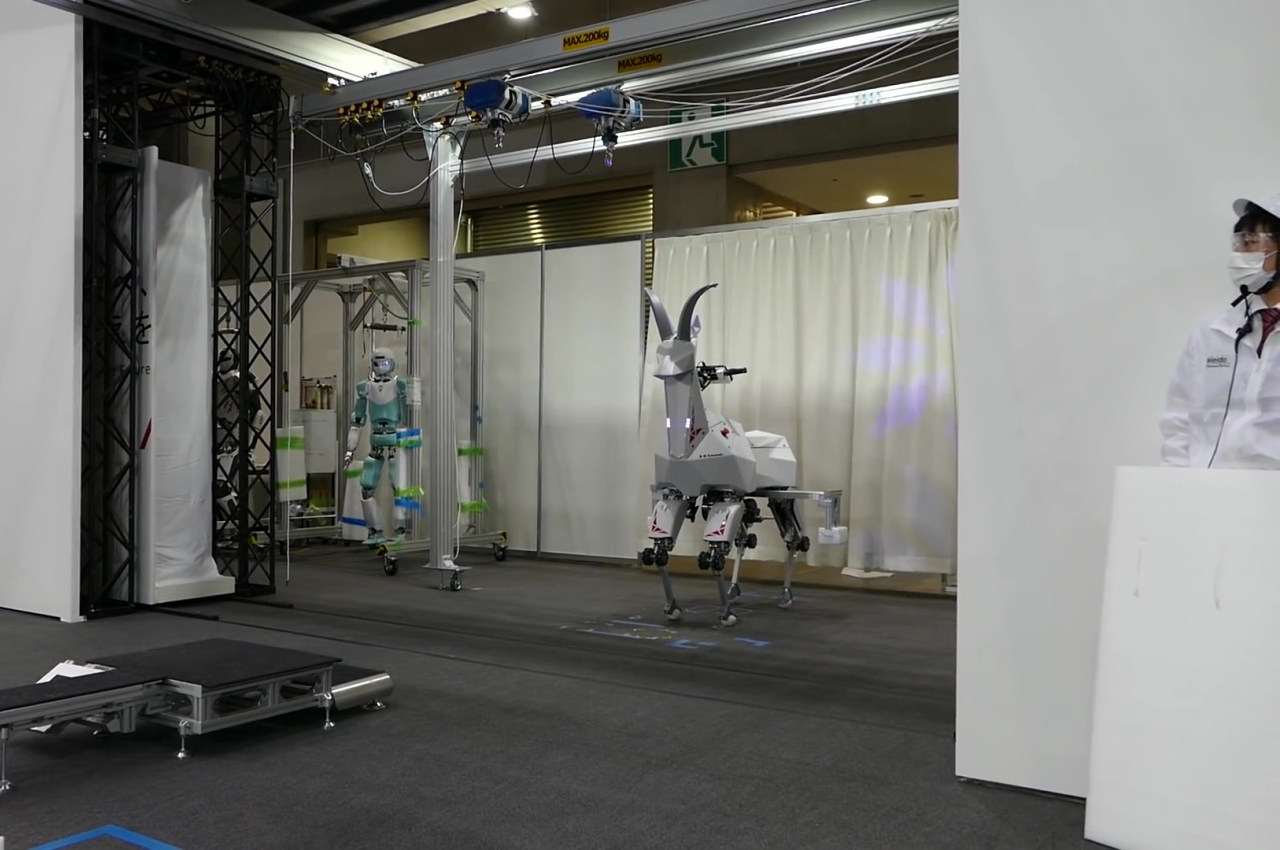 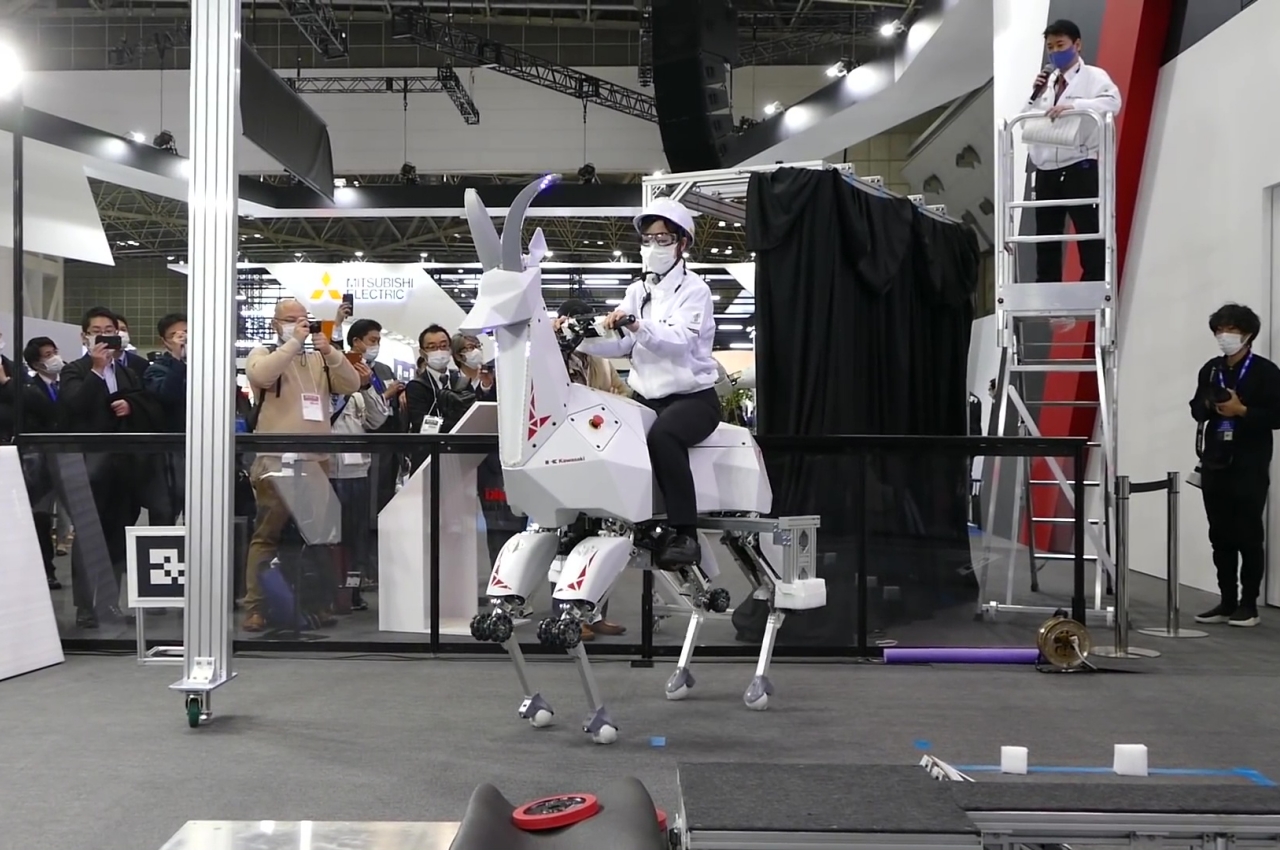 Insights to the paradigm shift in home computing have led to the development of the Microsoft KeyFlex. The device is a modern way to epitomize…

Backcountry skiing is adrenaline packed, snow-oriented frenzy that certainly isn’t for the faint hearted! As with all adrenaline-fueled activities, there is an underlying element of…

Its Cyberpunk-ish appeal aside, the CYBERBLADE TWS Earbuds from Angry Miao are pretty impressive as audio devices overall… but one feature stands out as perhaps…

The Orion Stargazing Companion is a very cool device that allows us to discover and recognize constellations in the night sky. Most stargazers manage to…