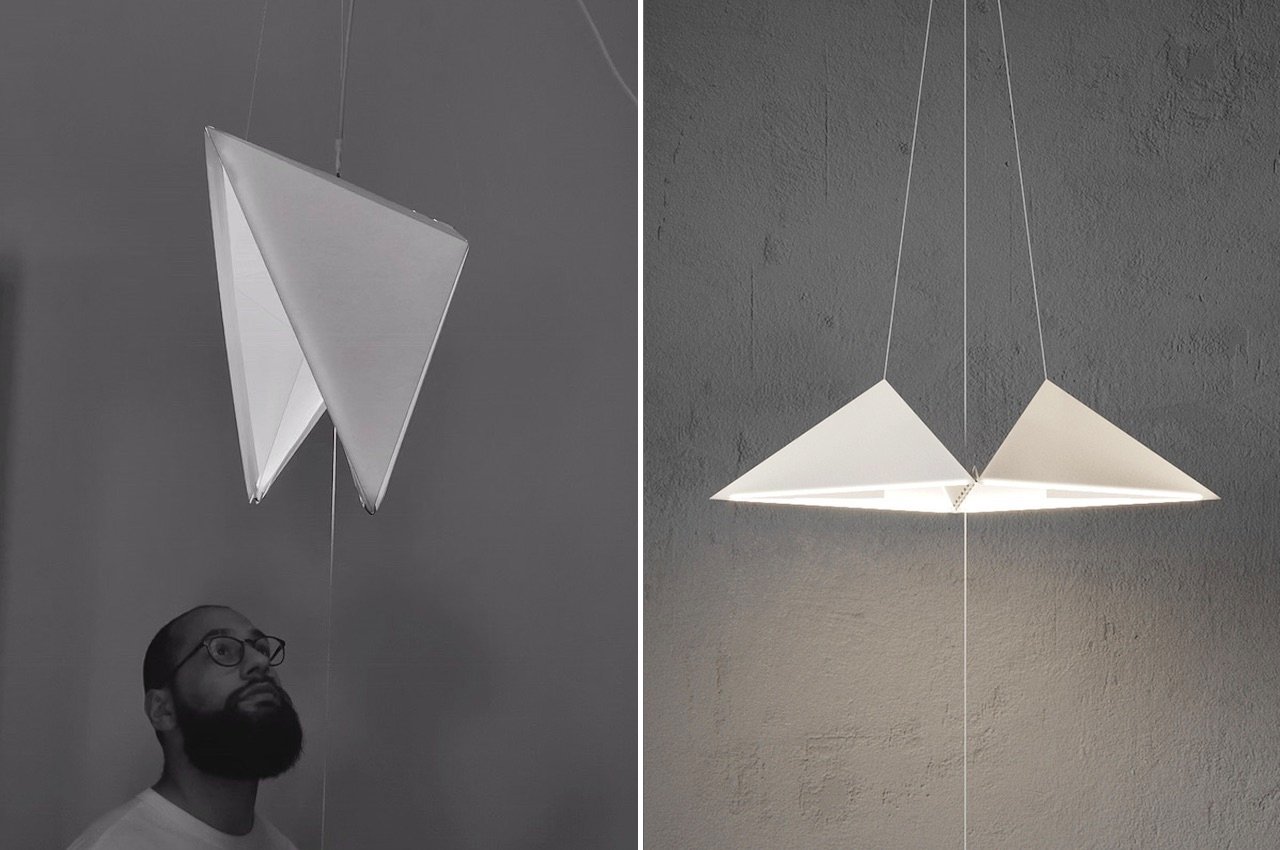 You have already heard of similarly-designed lamps but this Origami Lamp is probably the best. Inspired by the Japanese art of paper folding, this lamp looks like a large folded creation that lights up when you open it. It boasts a flat-packed design that is now becoming more popular.

The Origami Lamp is a paper pendant lamp that comes with built-in LED. It is packaged in something like a pizza box and can be easily assembled. You can say it is a design you may probably find in Ikea, or maybe you have already seen something similar. 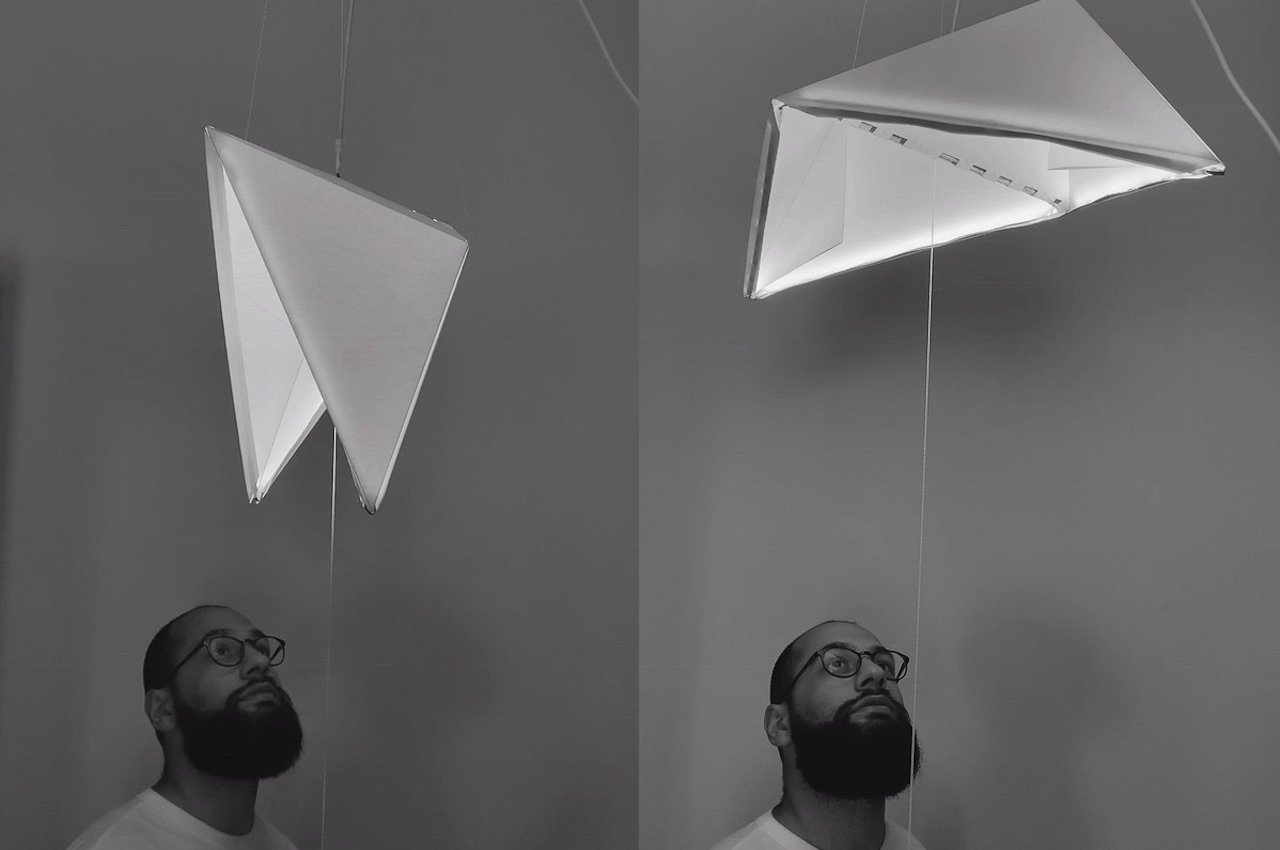 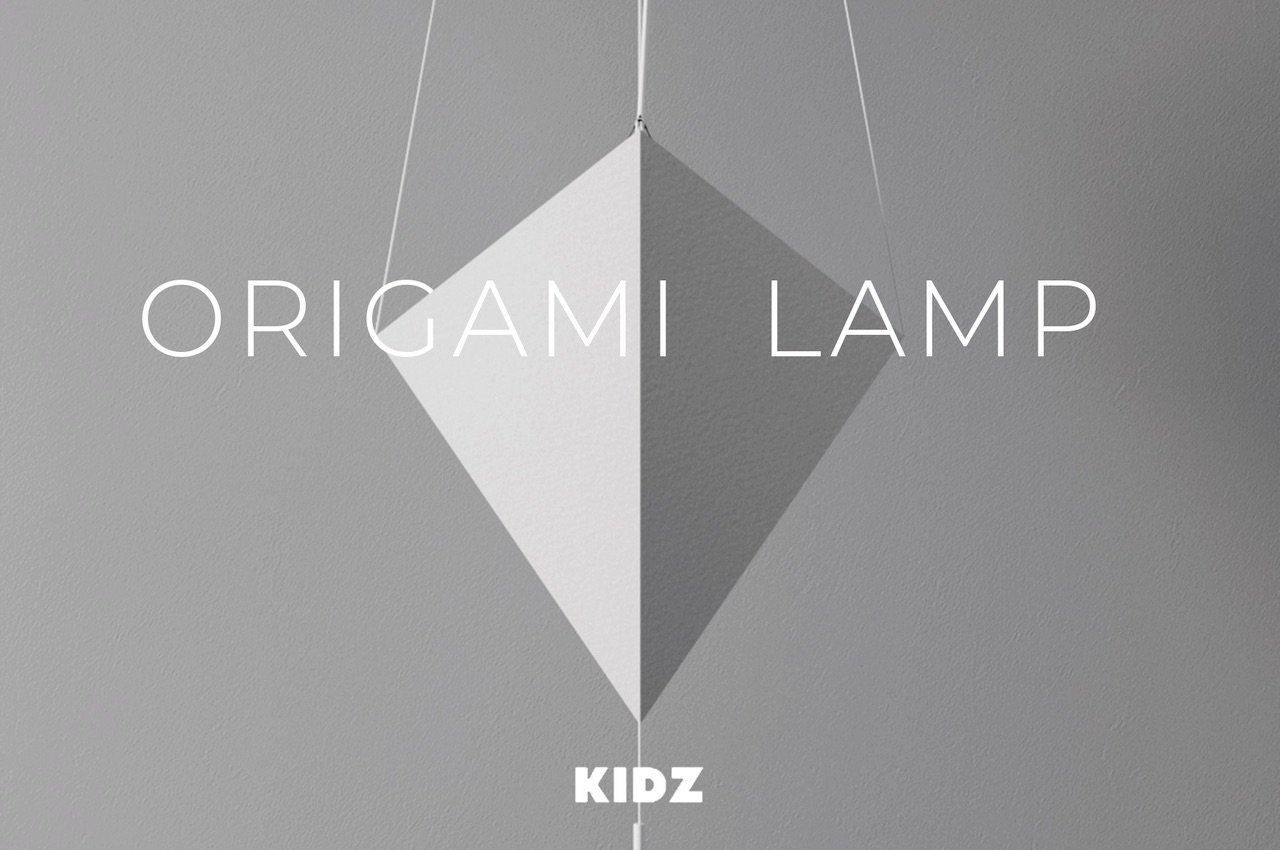 You no longer have to do the origami as it comes already folded inside the box. All you have to do is attach the LED light and the cord after folding the paper in two moves, and then you’re good to hang this anywhere. The origami figure is the head of the lizard, which is easy to do. It won’t remind you of a lizard, though—just two pyramids hanging and illuminating from underneath. 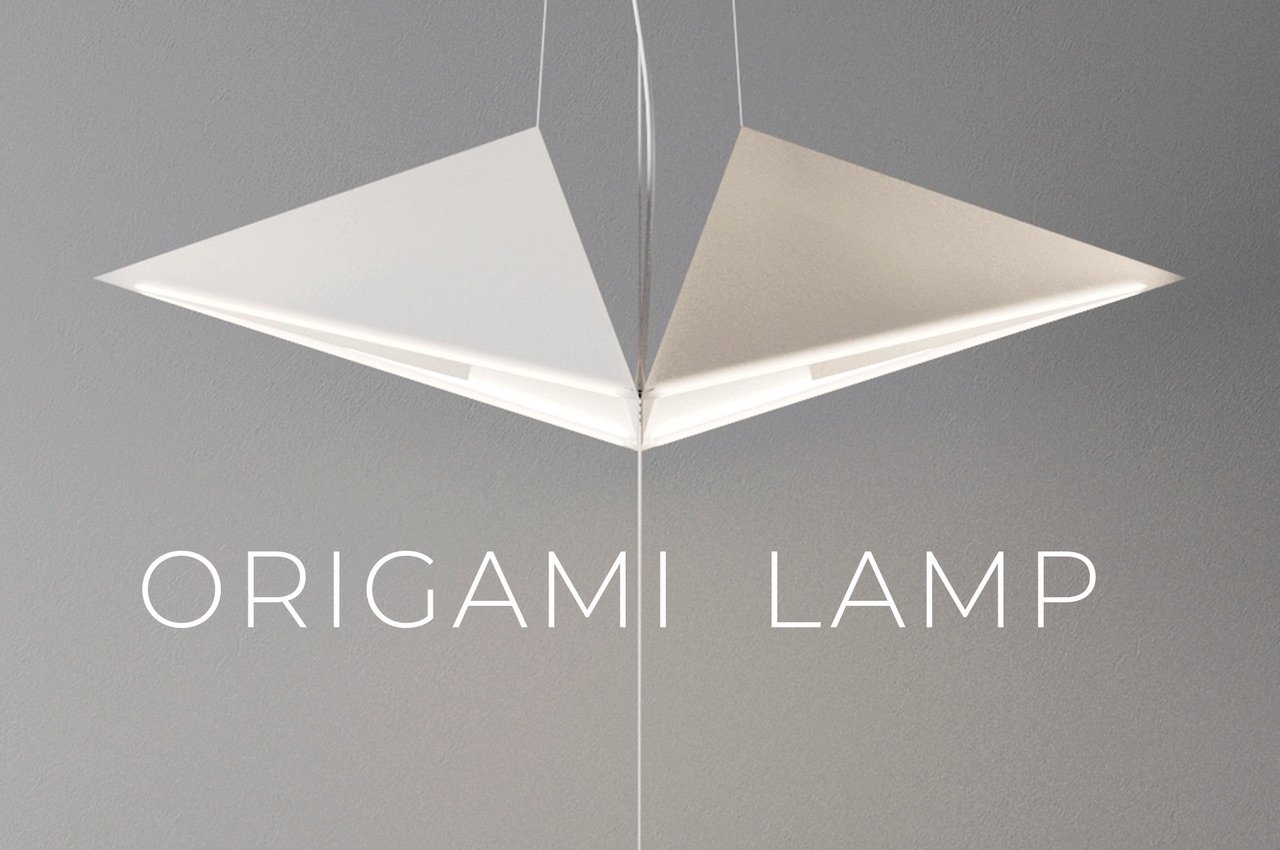 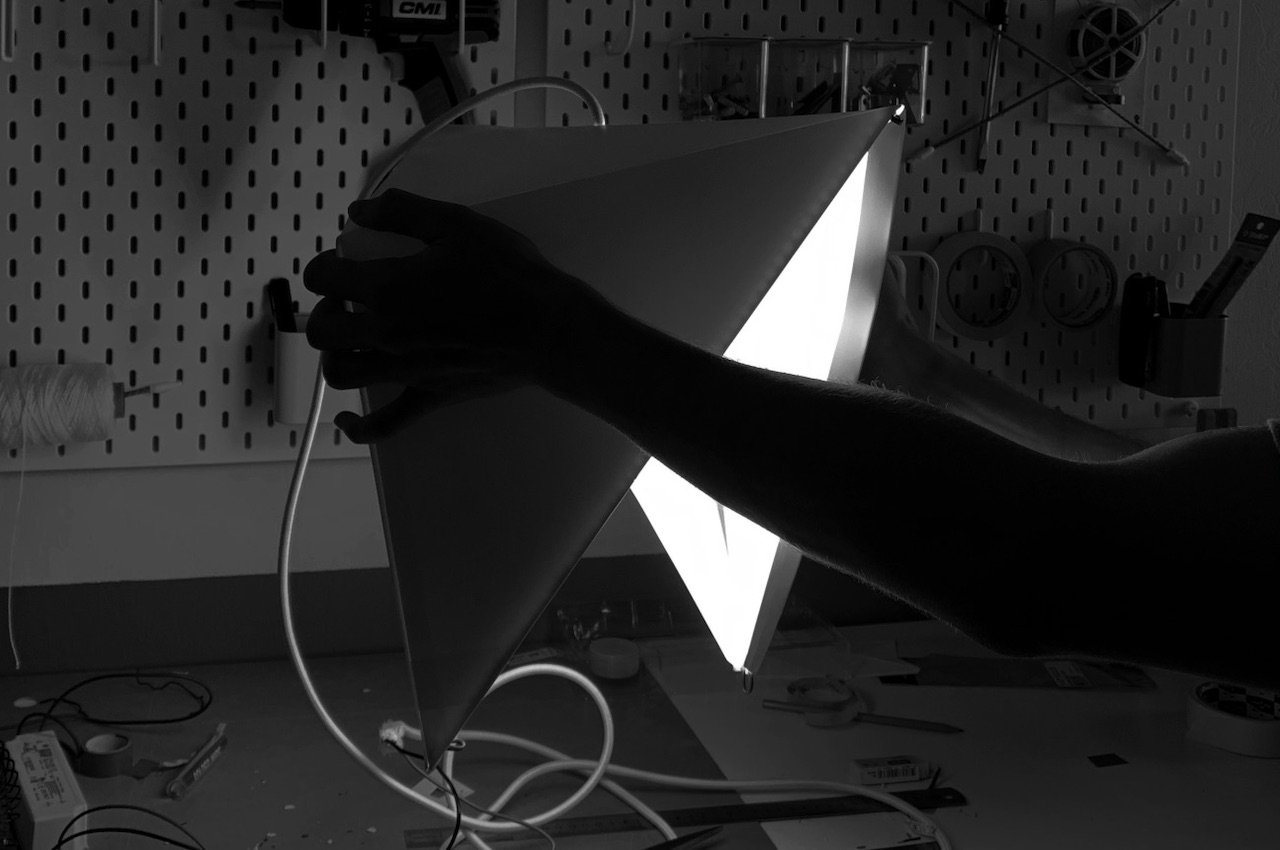 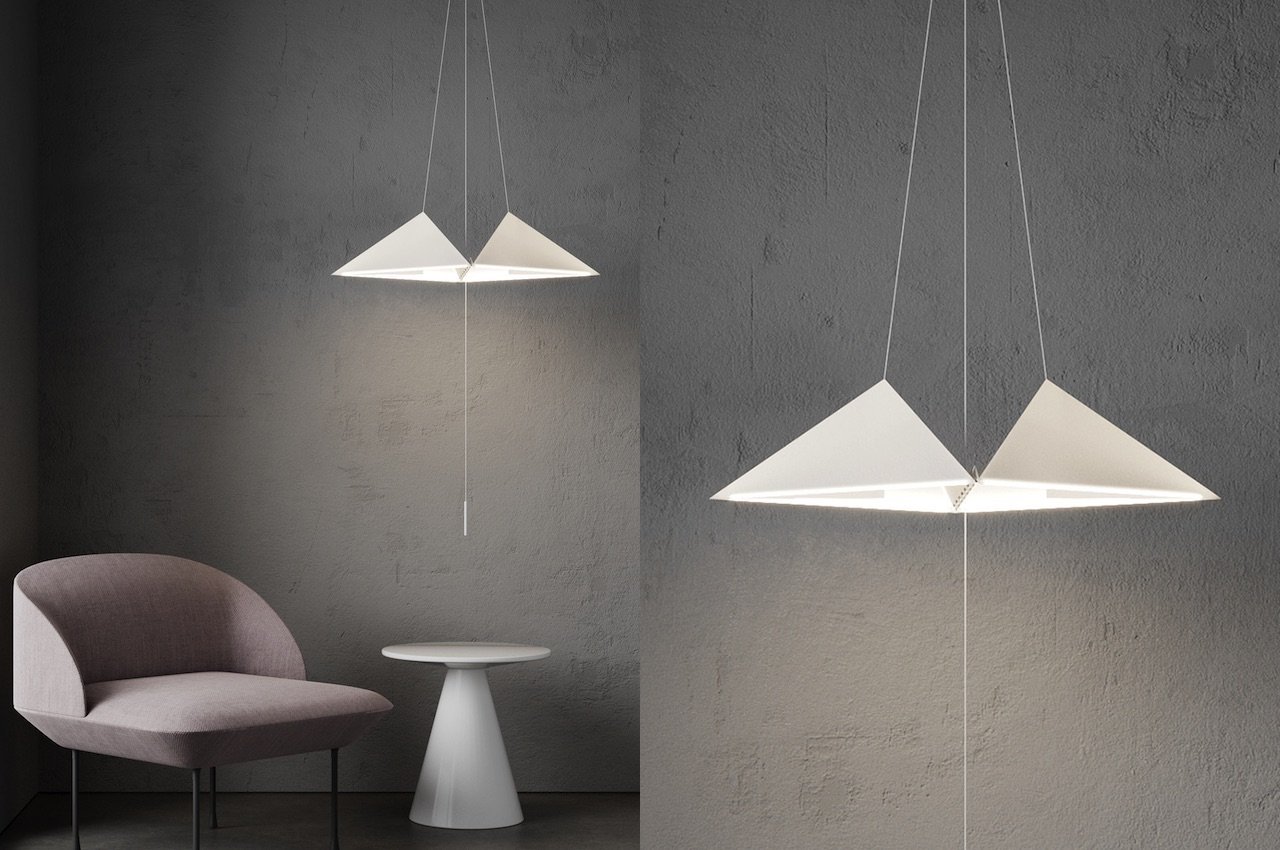 Pull the counterweight to open the lamp and turn on the light. Place the Origami Lamp in the corner of your living room or use it as an accent light. It can also be ideal for the dining room over the table where you spend a lot of time eating. Like most exciting lighting solutions we’ve featured here, this one is another conversation starter. The size of the Origami Lamp is just right but it looks like a giant folded paper creation. However, it doesn’t overwhelm the space with its simple and minimalistic design, making it perfect for most home interiors. 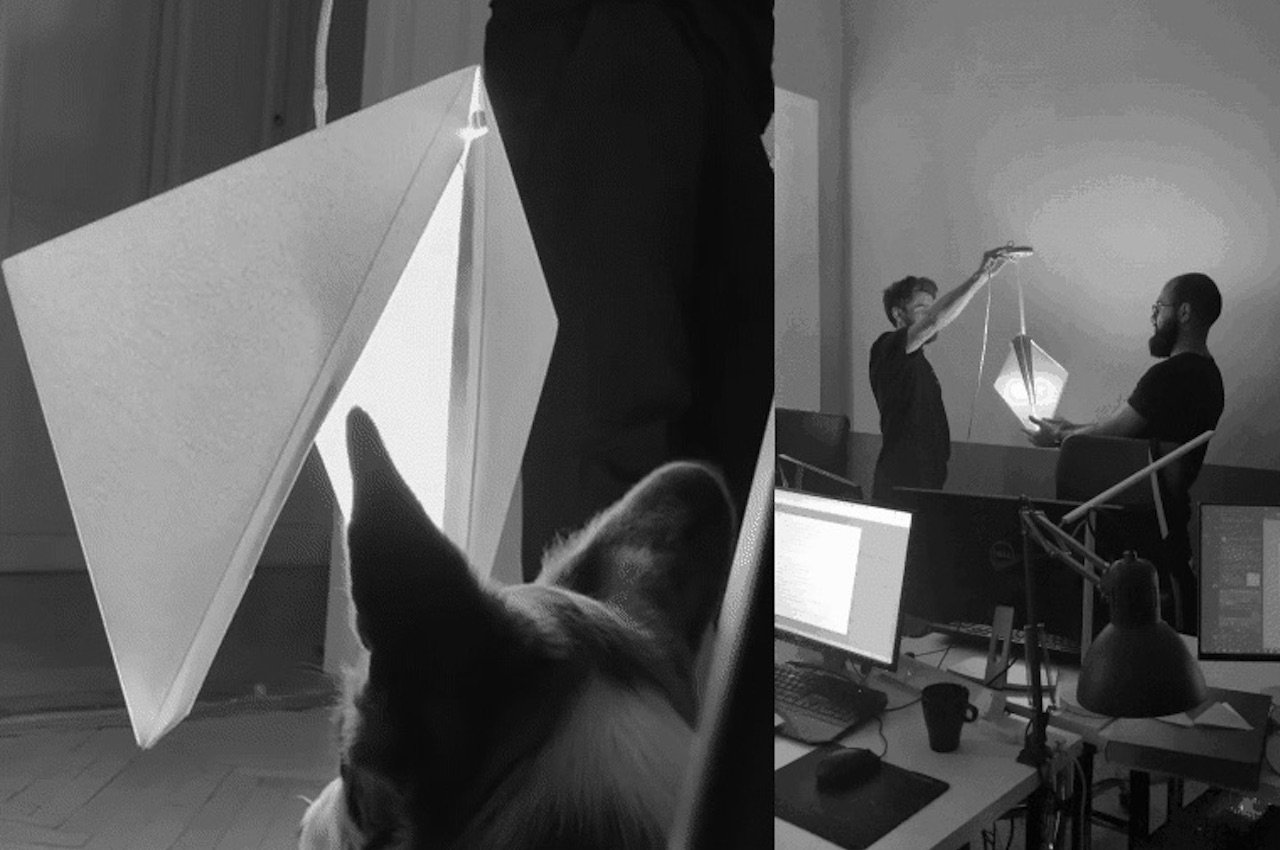 Using origami in design presents endless possibilities. Every fold shows depth and richness that may be customized to your liking. The aesthetic beauty of origami starts when you can transform a simple object, a paper, into something beautiful. Origami celebrates minimalism in art and this lamp design is a perfect example.

The Origami Lamp is a flat-packed creation that comes in a rectangular box. Please don’t mistake it for a box of pizza because you won’t find your favorite pepperoni pizza. Also, you can’t throw it after you’re done setting up the lamp because the box can grow grass for your pet. Just pour water, close the box, and wait for two to three days. After that, grass will grow and be ready for your cat to eat or play with. It’s edible grass but don’t attempt to eat it and no, pizza still won’t grow out of the box. 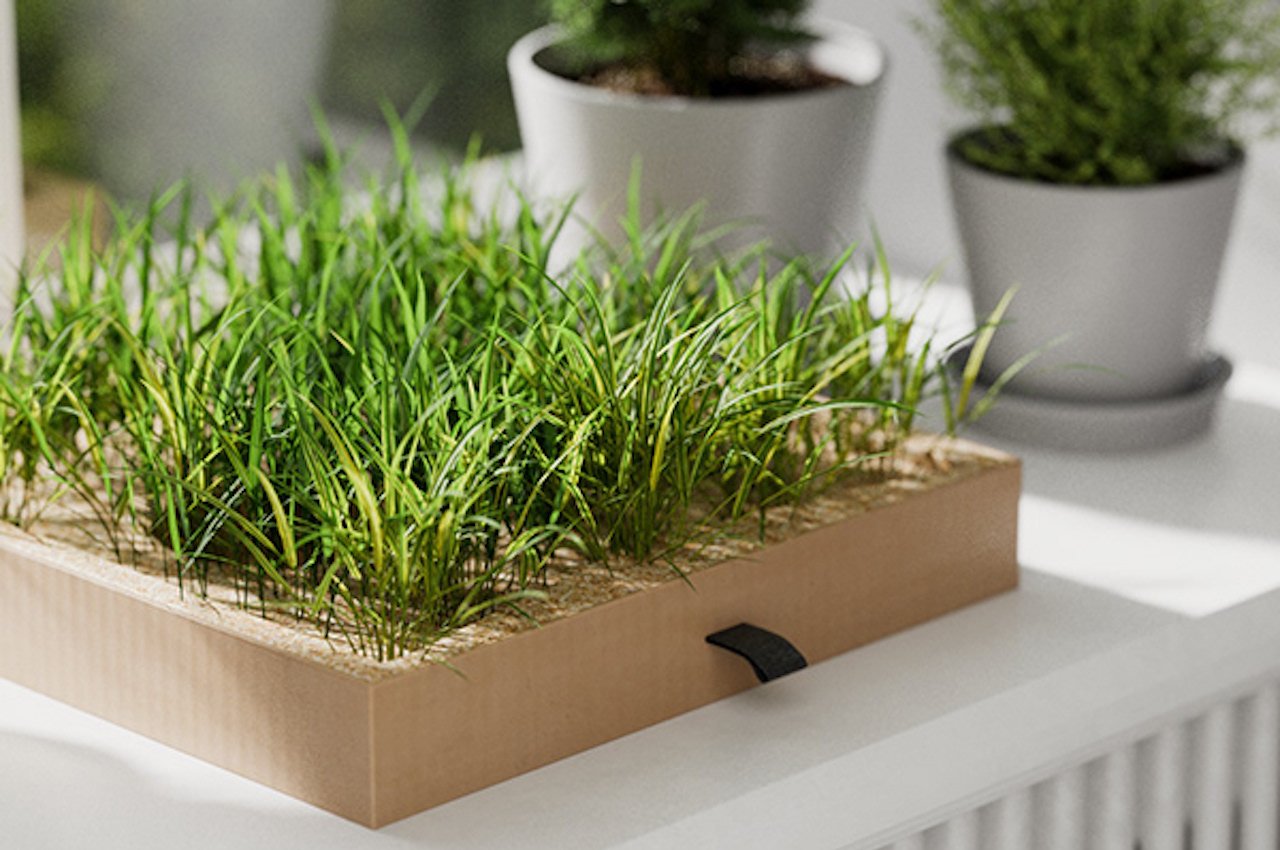 The Origami Lamp by KIDZ can be likened to other lamps we’ve previously seen. We remember the ORY lamp which is also inspired by origami. It folds into a flat sheet for carrying and opens into a tabletop lamp. The Spinel hanging light also boasts a flat-packed design based on origami. The Folding Lamp by Thomas Hick was made of stainless steel but appeared to be folded. The OMLAMP from years ago is still a beautiful ambient light. 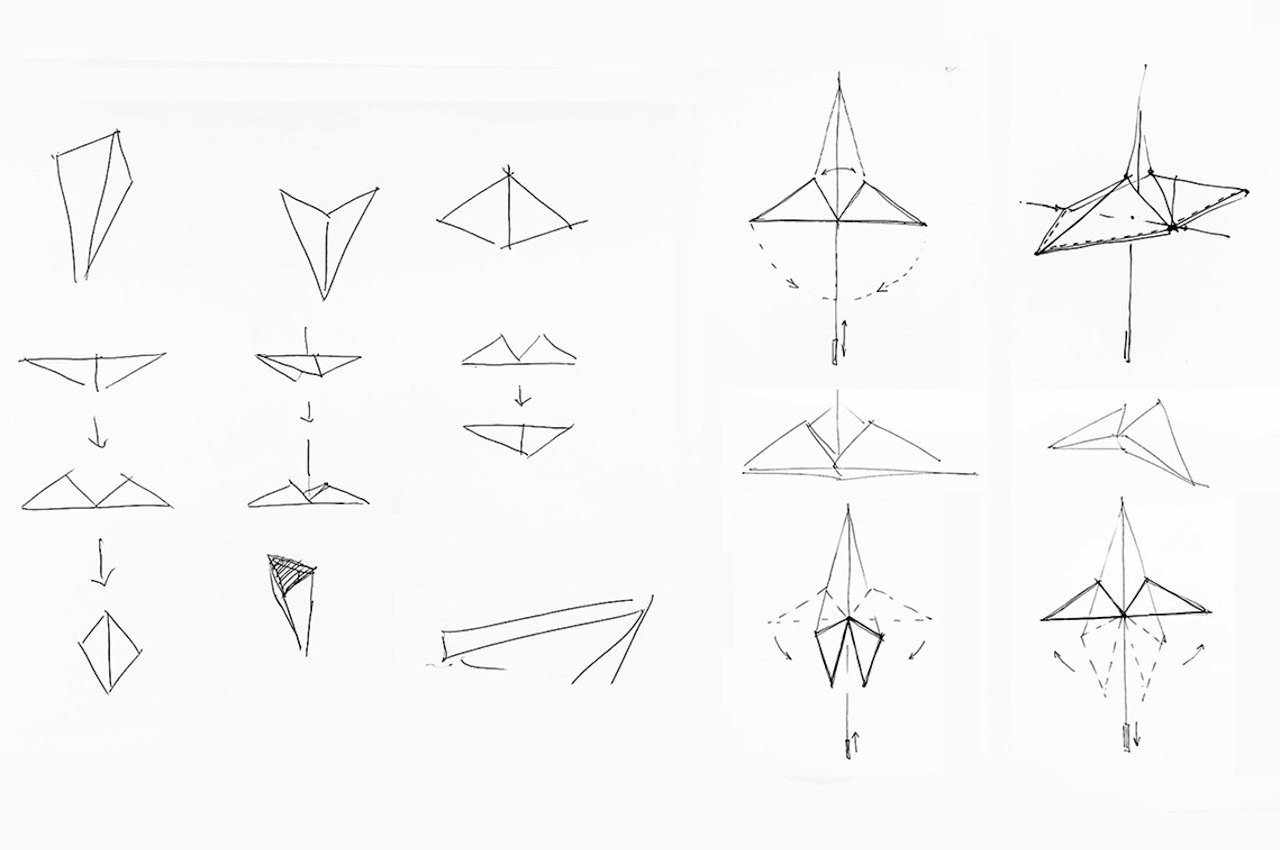 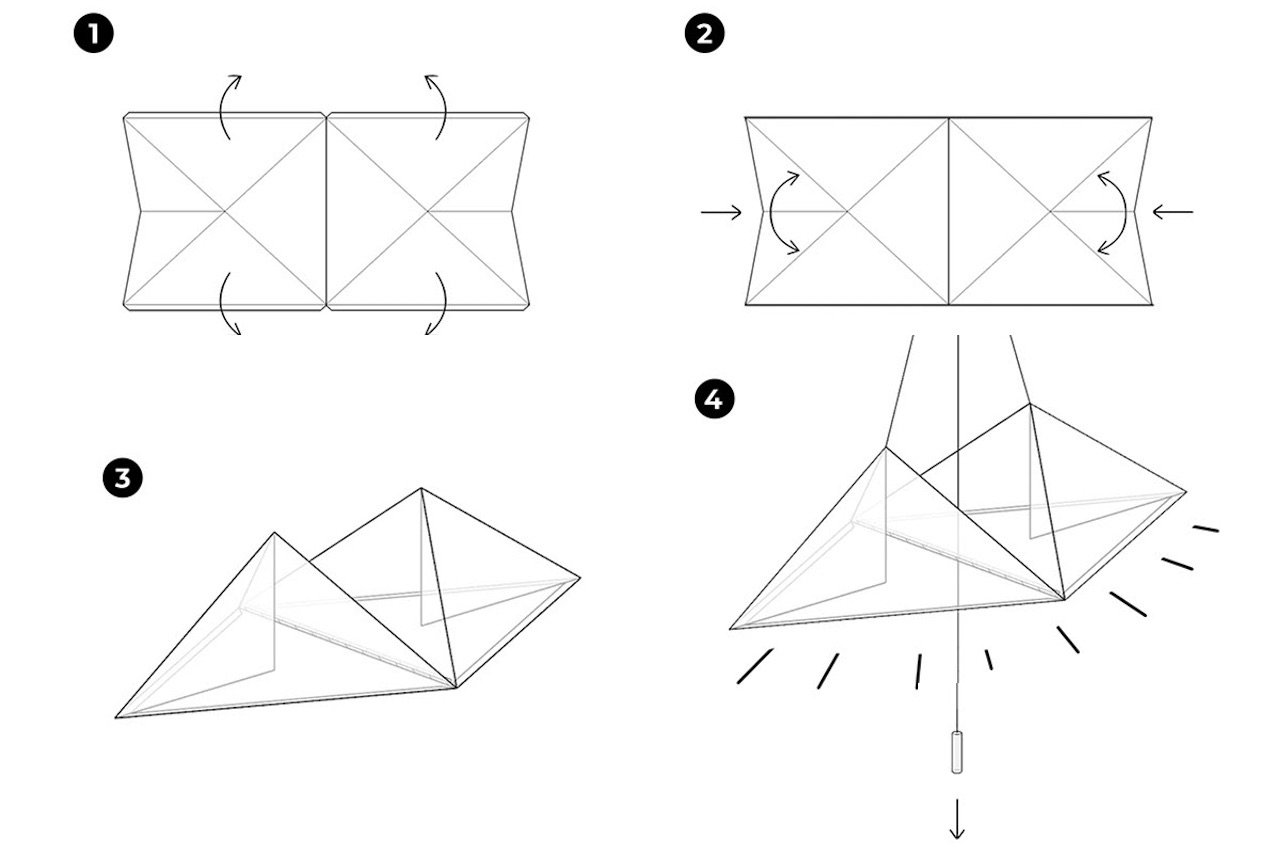 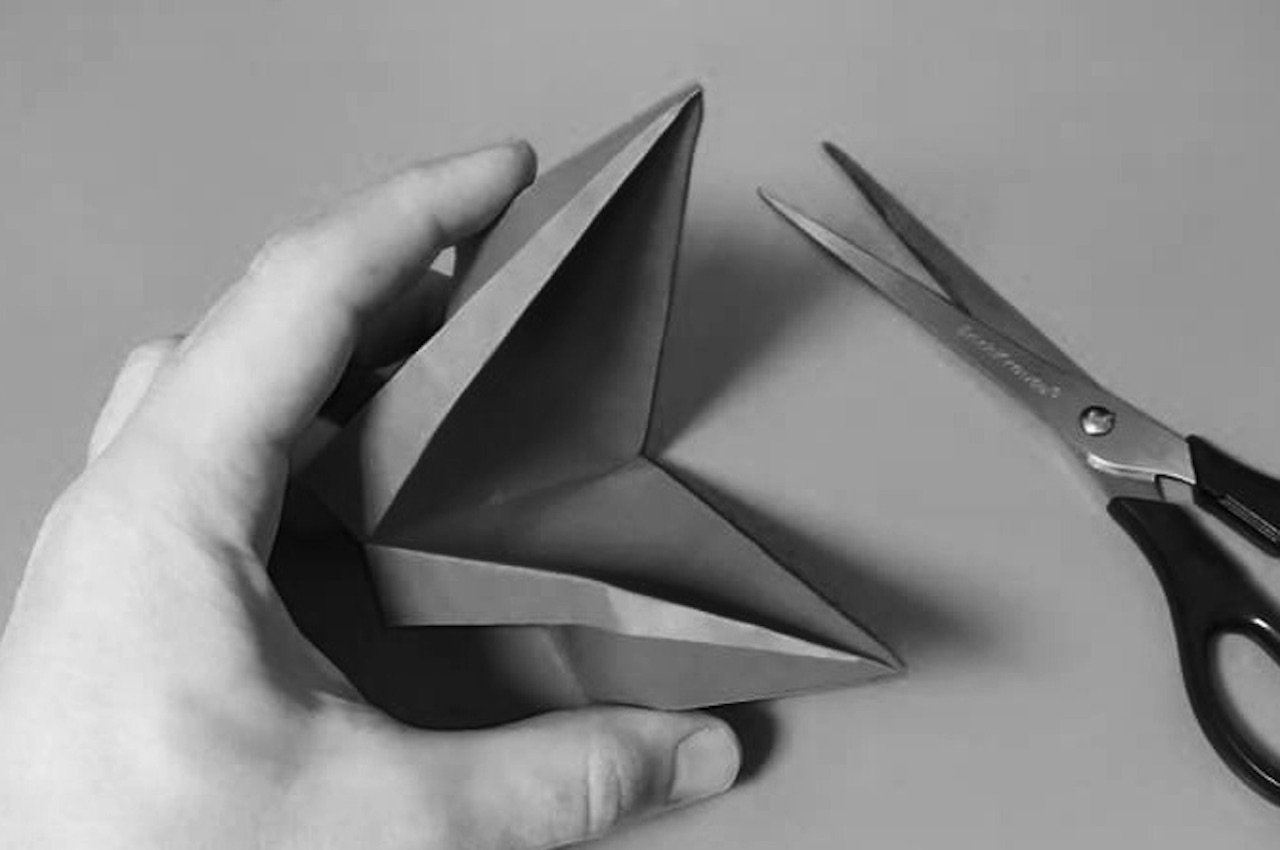 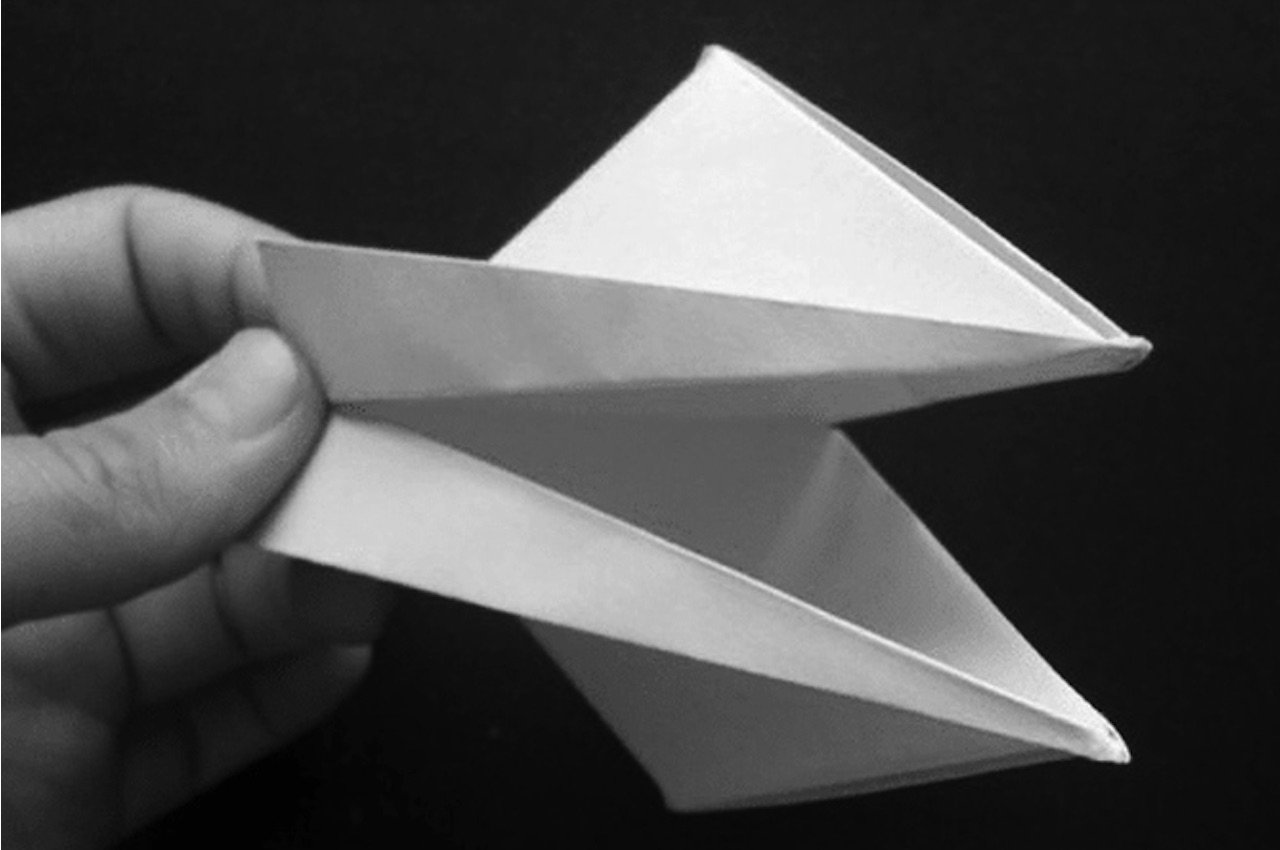 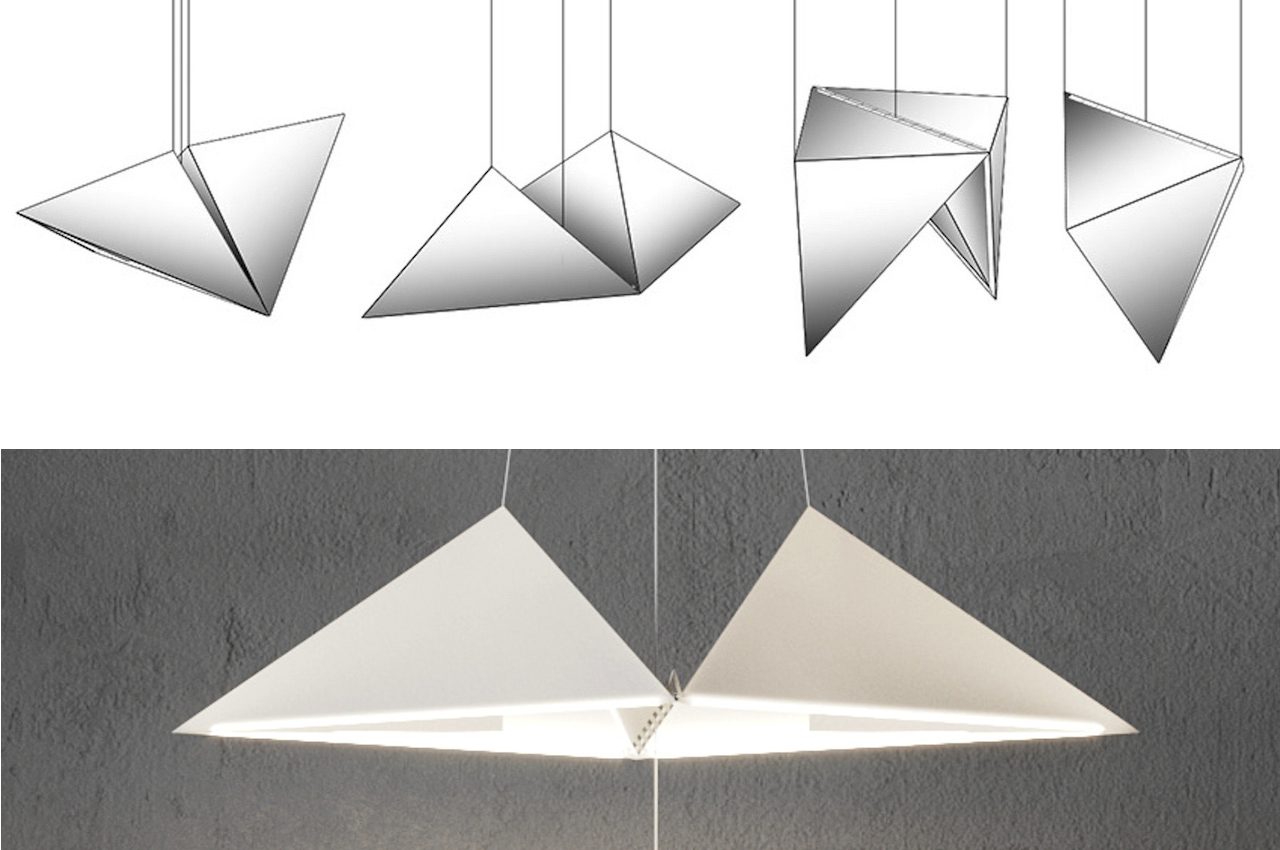 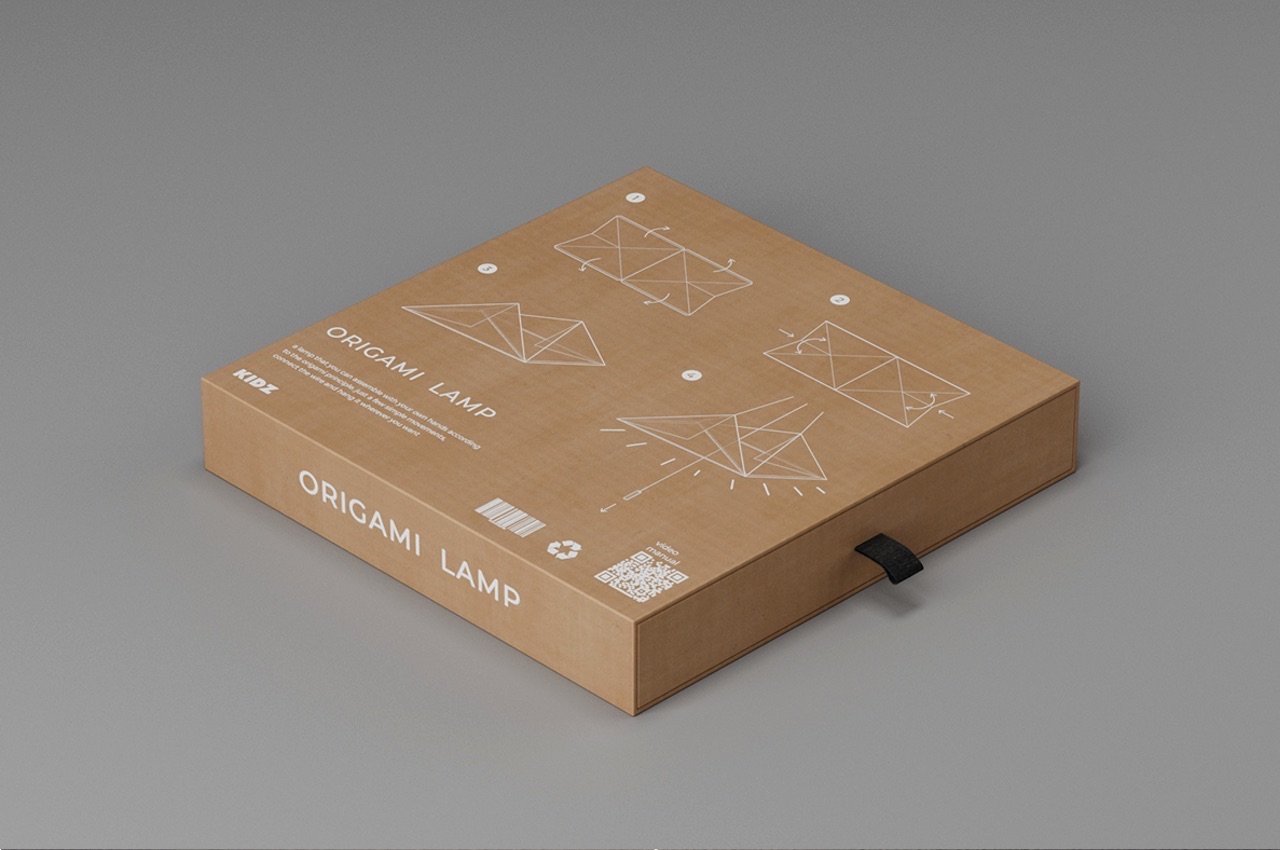 The idea behind the Wyzer wall clock by Reinhard Dienes was to make the wall a part of the clock. Using large plastic hands and…

Prefabricated tiny architectural designs that prove this trend is the future of modern architecture!

This Porsche clover green e-scooter is the retro style statement you need to end 2020 with a bang!

One of the earliest motor scooters was designed in 1915. The finished scooter was mounted on top of two ten-inch tires and operated from the…