Can’t wait for VW to relaunch the Beetle in an electric avatar next!

The Volkswagen Microbus was almost synonymous with the hipster ‘Flower-Power’ era of the 70s. Afros, floral tees, the Peace sign, bell-bottoms, and the Microbus were practically synonymous with the entire decade, and 40 years later, at least one of those things is making a grand comeback. Unveiled today at a virtual event and scheduled for a 2024 launch, the Volkswagen ID Buzz is a modern remake of its cult-classic Type 2 Microbus, with a few key design upgrades, and an electric drivetrain (they should have just rebranded to Voltswagen). 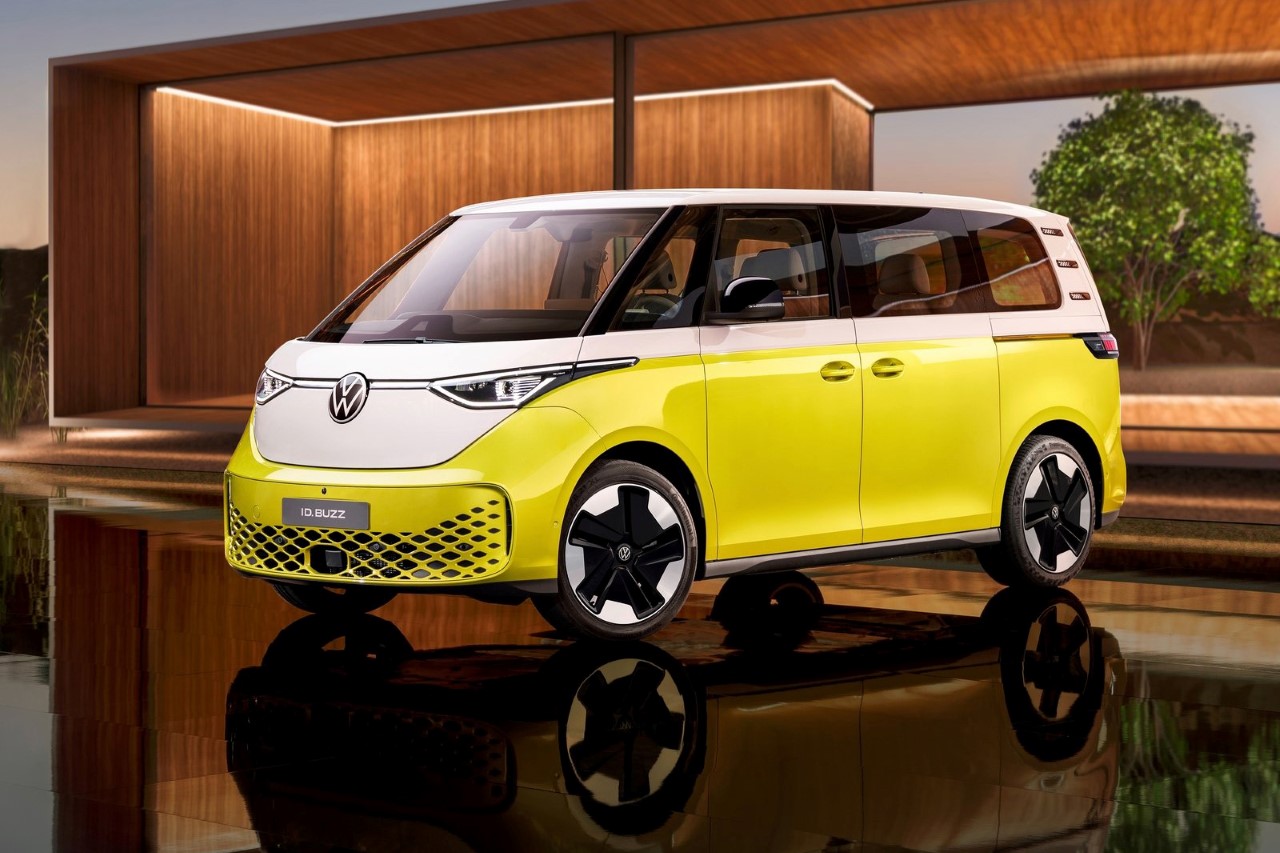 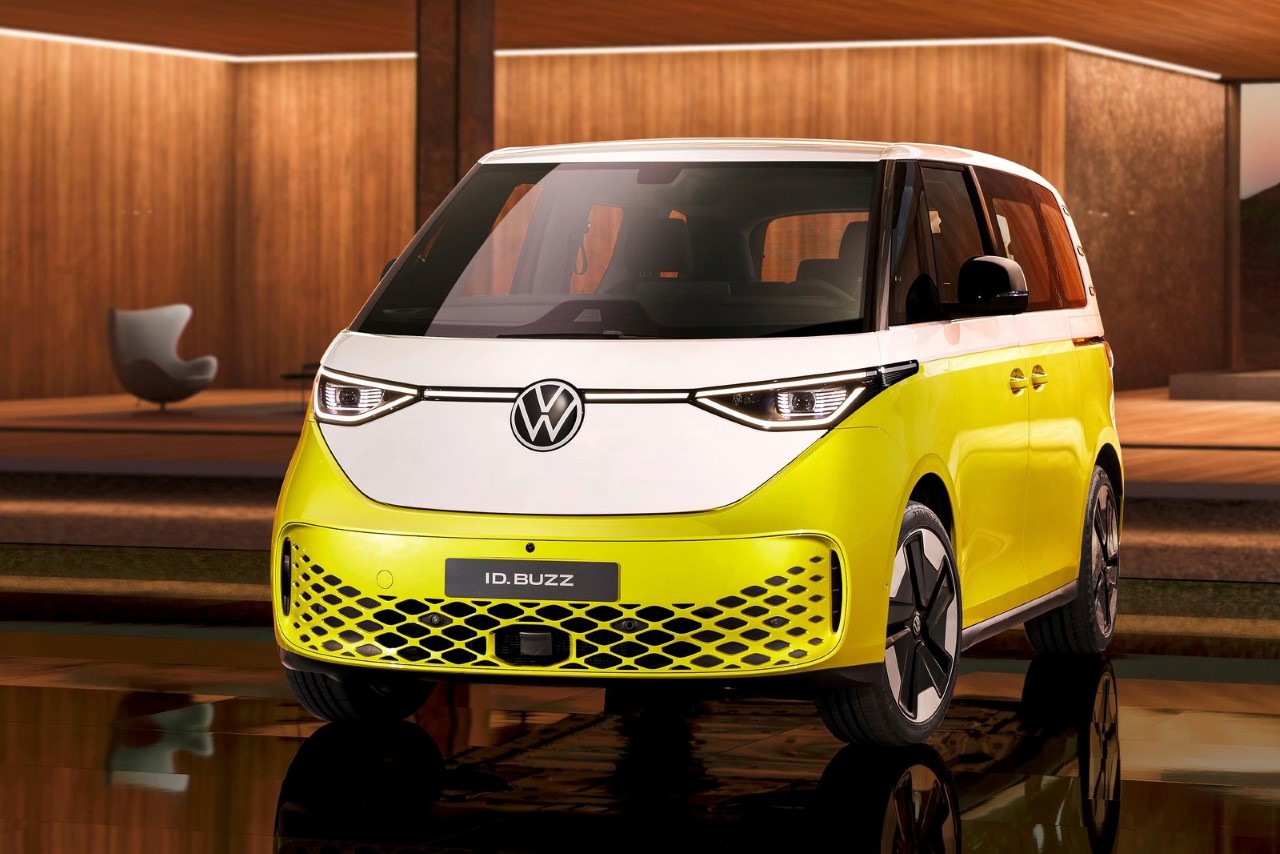 The car’s been teased for years at this point, but only landed an official announcement today against a somber backdrop of the war in Ukraine – an event that holds major ramifications for VW’s country of Germany. The event was hosted in Hamburg, at Schuppen 52 – a port of great significance not just because of its past (VW shipped thousands of Microbuses around the world on these very ports) but also because of its present, where the ports are now entirely powered by solar energy, a hat-tip to the ID Buzz’s new green and clean powertrain. 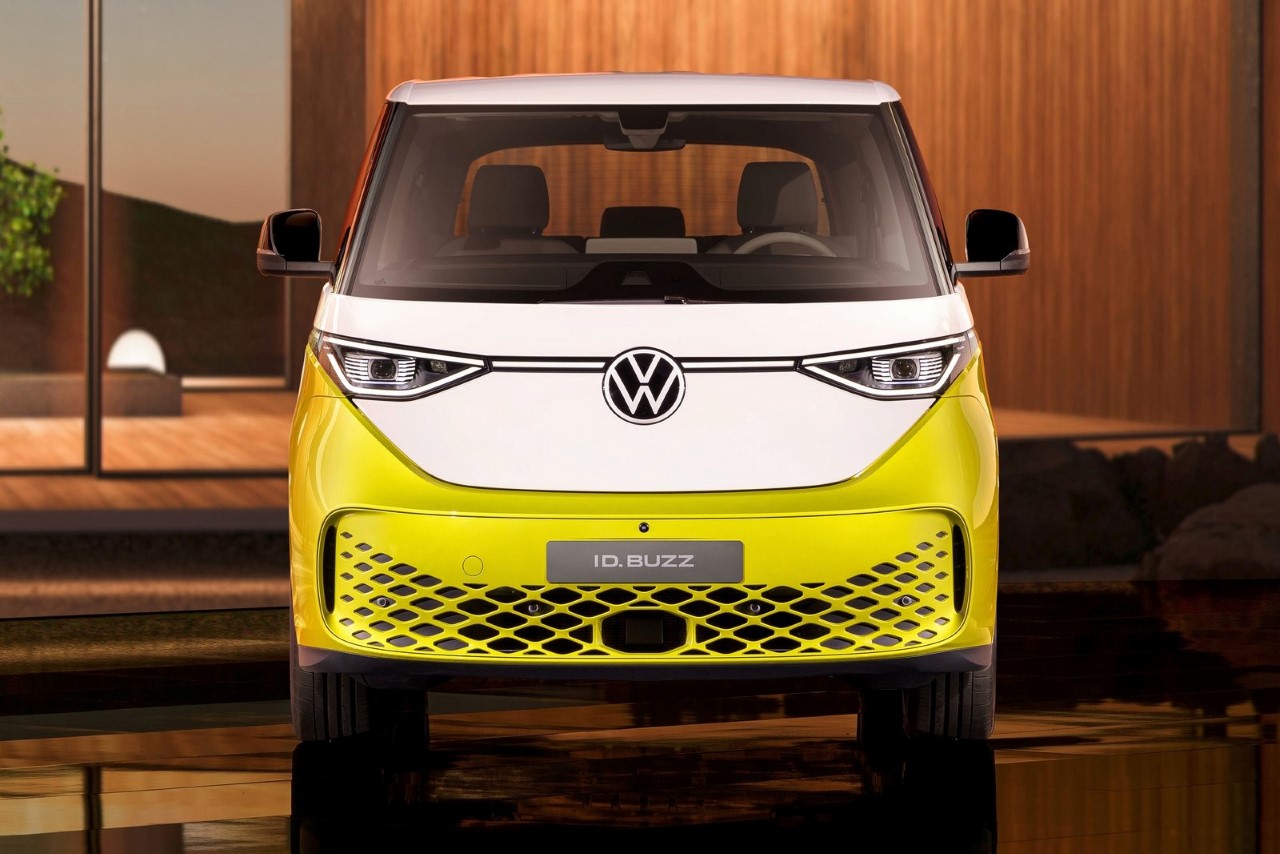 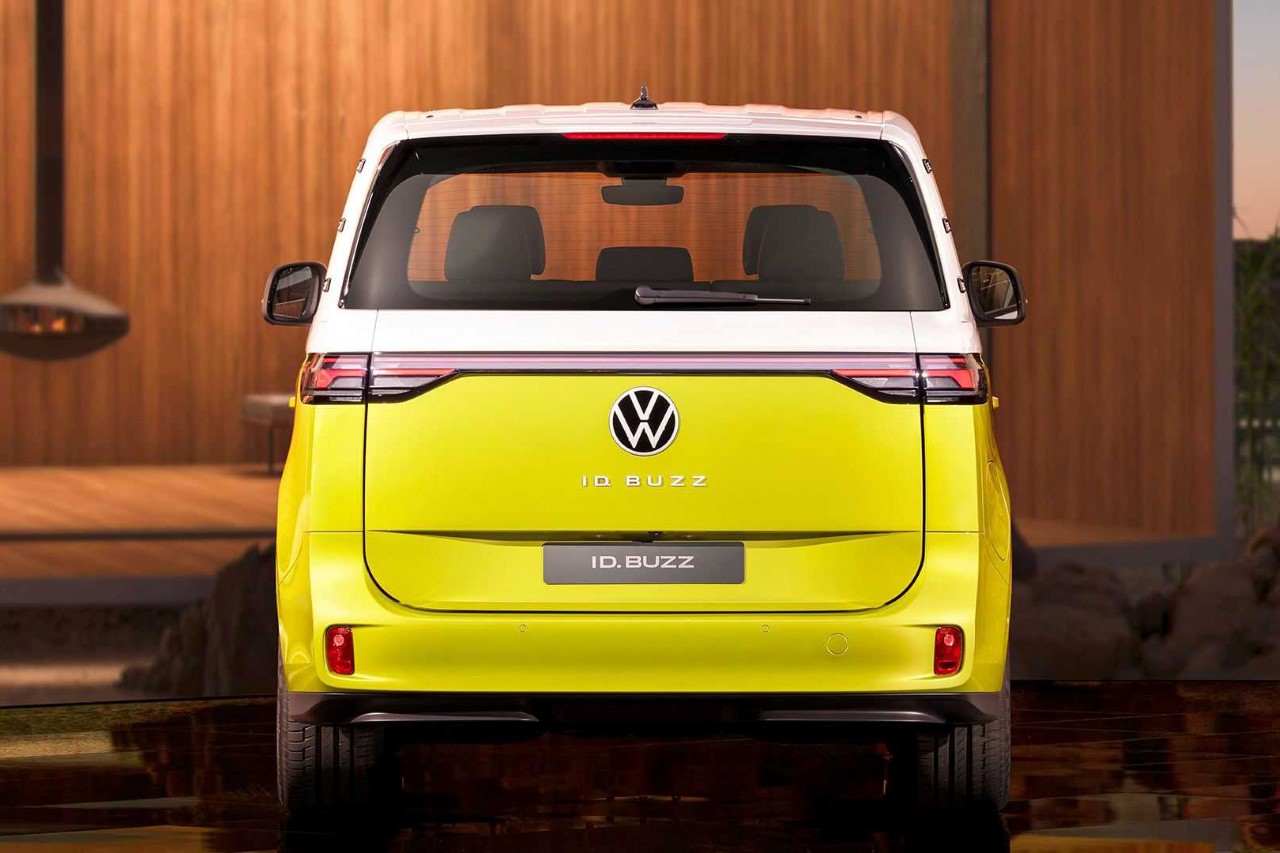 On the design front, the Volkswagen ID Buzz is the perfect tribute to its iconic ancestor, with virtually the same silhouette and even the same split-color design and colorways (you’re looking at the iconic Day-Glo lemon yellow and white color scheme) as its 40-year-old predecessor. One could argue that this split color design practically MADE the Microbus a cultural icon, and retaining that is VW’s way of owning its legacy. However, its buggish, cute, curious-eyed appeal has gone, only to be replaced by headlights that are much more discerning and modern-looking. One could justifiably argue that the Microbus has evolved, like a Pokémon, with a serious demeanor that shows a hint of maturity along with its playful curiosity. 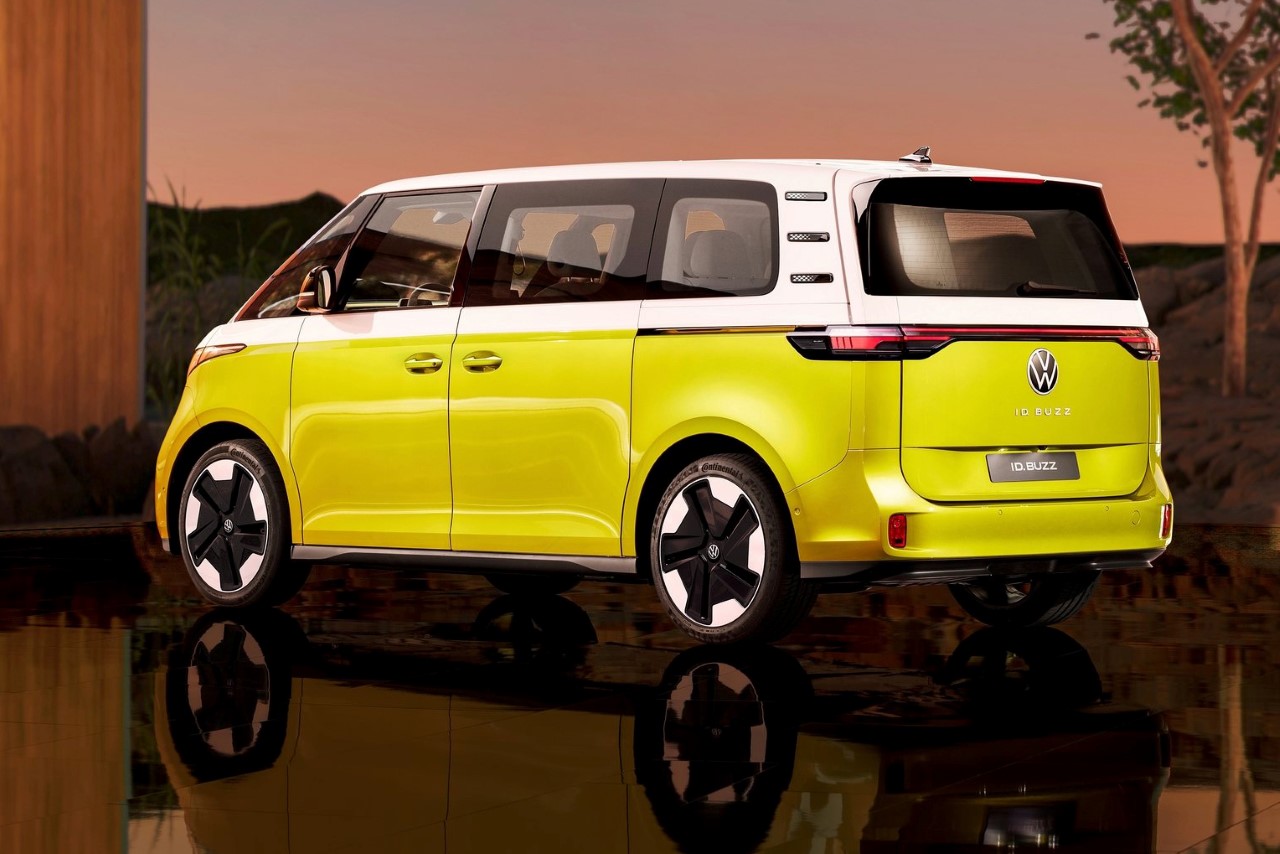 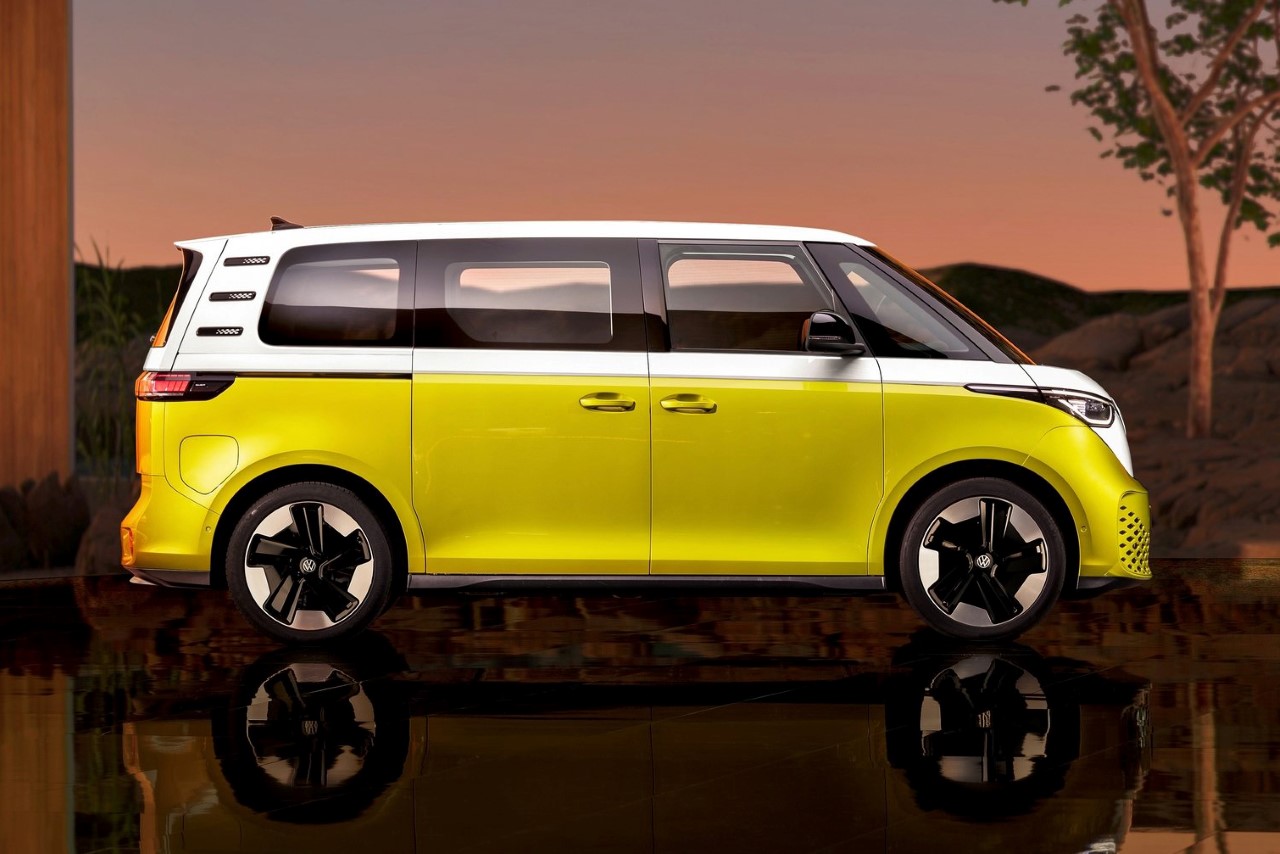 The e-van remains one of the rare few in its category. The race to electrify vehicles has seen cars, bikes, SUVs, pickup trucks, and even semi tricks get fresh electric powertrains, although the minivan remains one of the last few categories to see this sort of refresh (another notable example is the Canoo Minivan). The Volkswagen ID Buzz serves as a showcase for the company’s MEB modular electric architecture, and sports an 81kWh battery pack built right in. The battery powers a rear-axle motor that’s capable of 201 horsepower and 229 lb-feet of torque, although given the size and nature of the ID Buzz (it is a family car after all), don’t expect it to break any speed records. VW is limiting the van’s top speed to just 90 mph (145 km/h), which might sound low to the average driver, but makes sense considering how hulking the vehicle actually is. 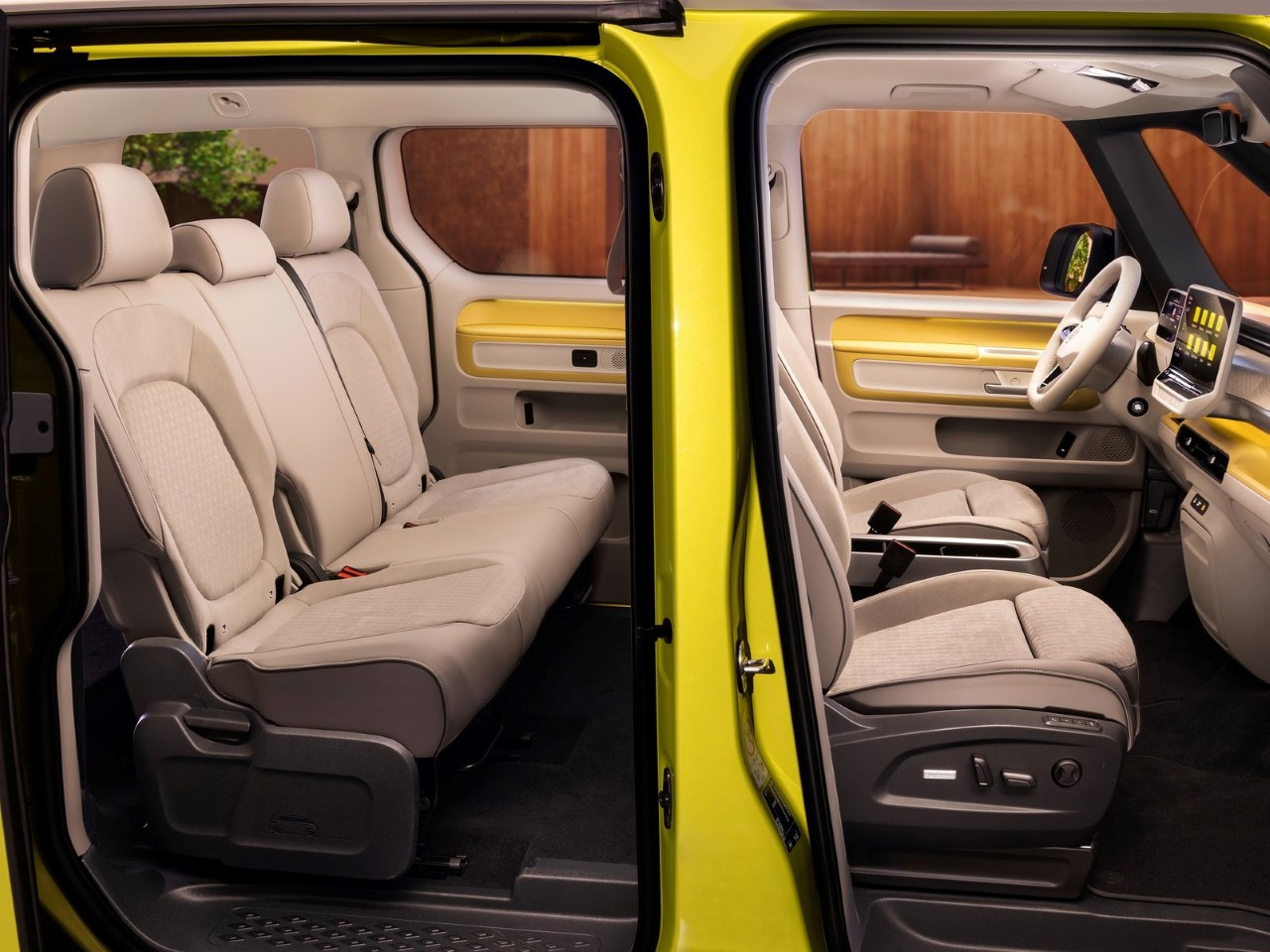 The standard wheelbase of the ID Buzz comes with 5 seats, although there’s a 6-seater option underway. The interiors of the ID Buzz are incredibly spacious, and all seats are individually adjustable, with the rear seats having the option to fold down to give you much more boot space. VW, however, plans on launching an extended wheelbase version of the ID Buzz in the USA, with a 7-seater capacity, arranged in a 2-3-2 layout.

The rollout for the ID Buzz will span over the next two years. The car will be available in 2 wheelbases as well as 2 variants – the ID Buzz and the ID Cargo. The standard wheelbase variant will ideally launch at the end of this year in Europe, with the extended wheelbase version debuting in 2023. USA, however, will see the ID Buzz reach its doors between the years 2023 and 2024. Volkswagen is yet to reveal pricing for the automobile. 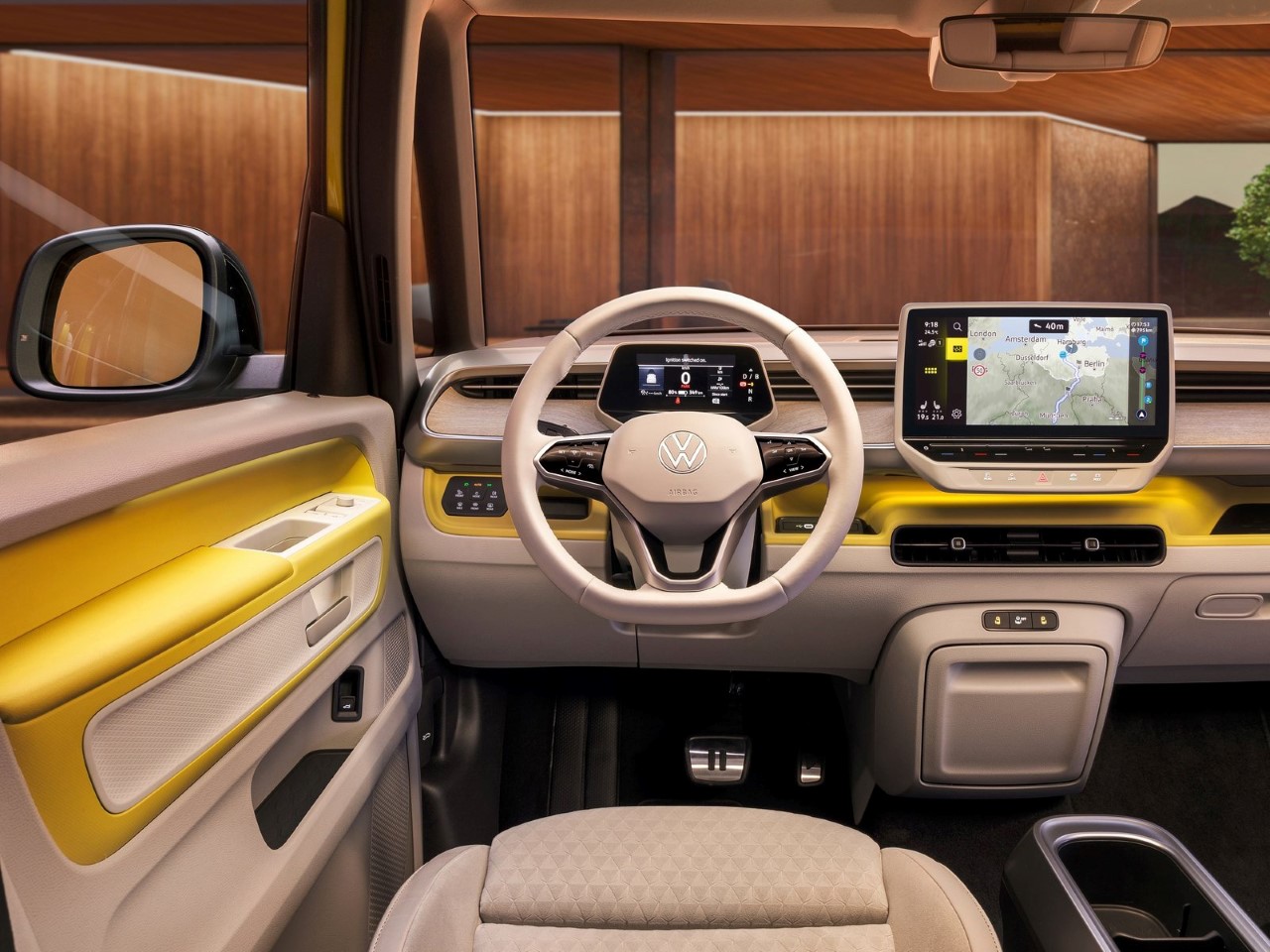 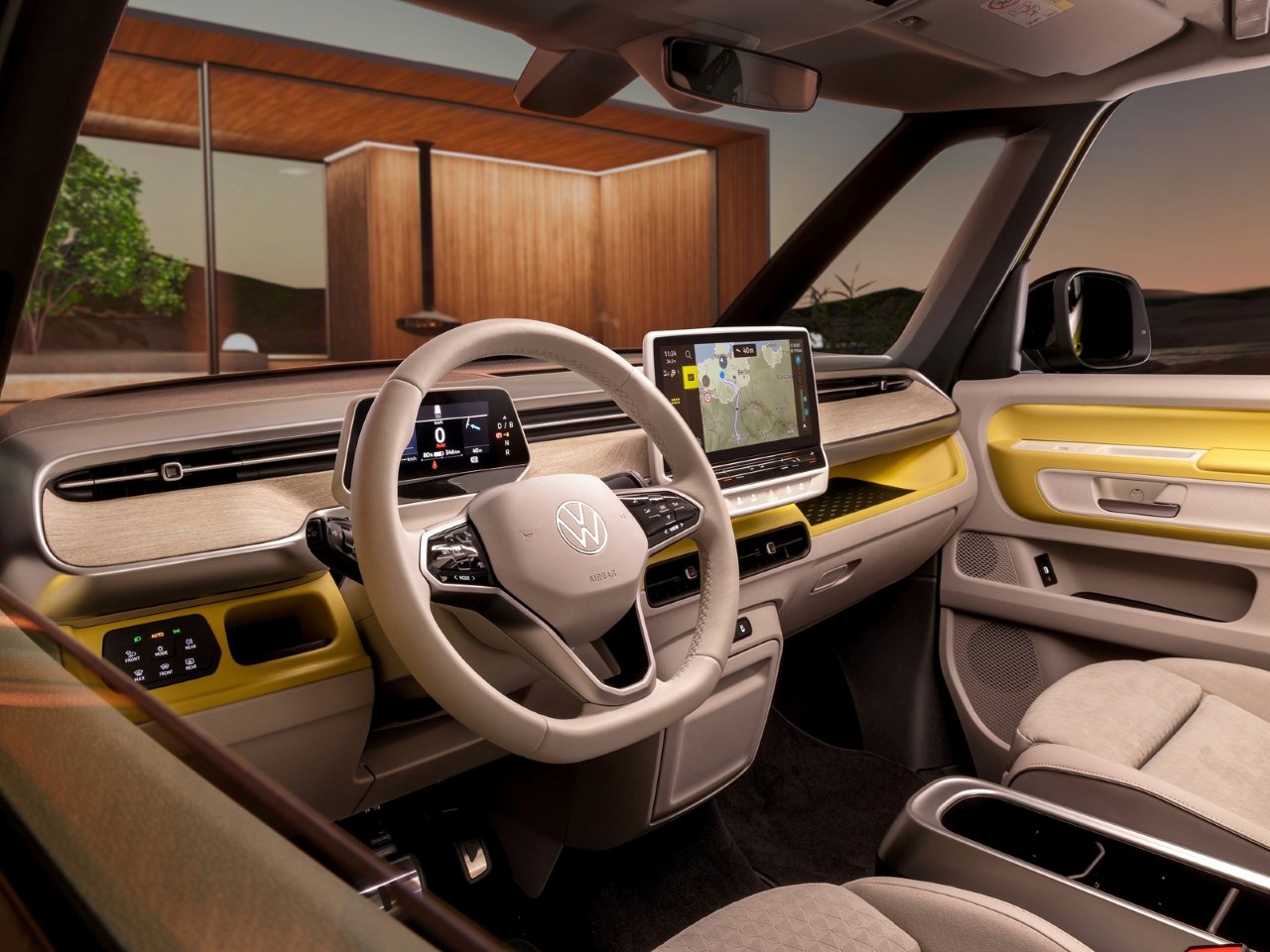 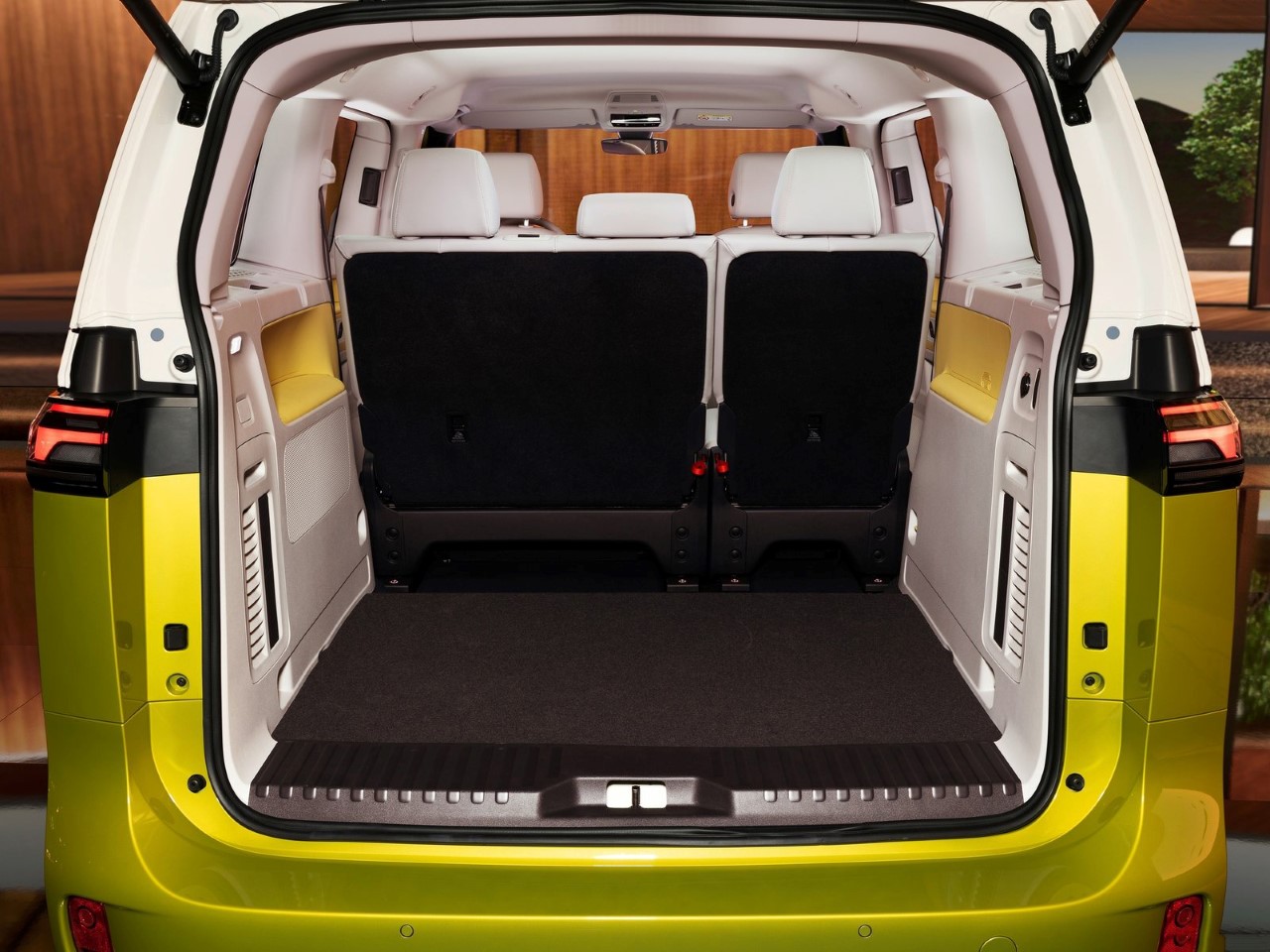 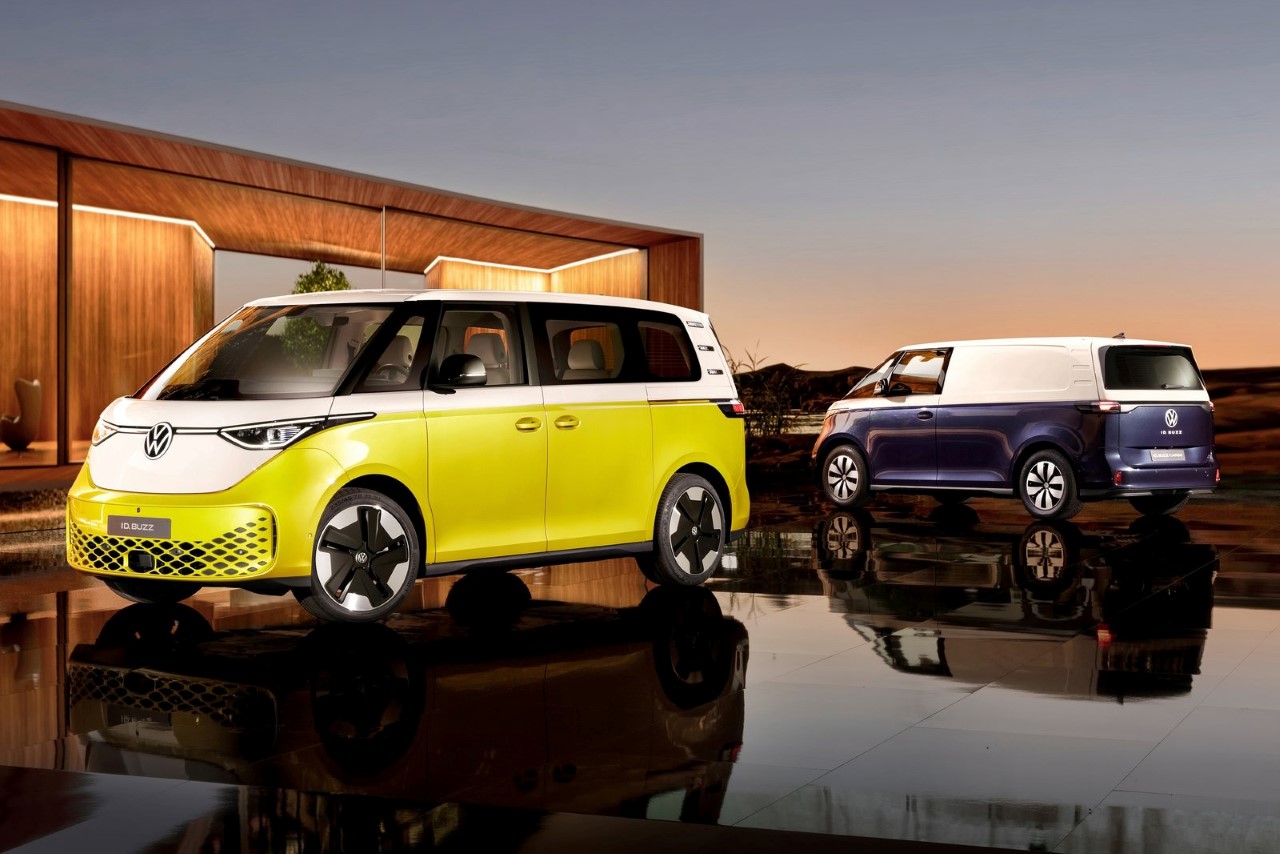 This reinforced vehicle storage system is the protection your gear needs to stay safe while adventuring outdoors!

For a true professional globe trotter, their gear is the biggest asset – be it a snowboarder, photographer, blogger, adventure junkie, or drone operator. Hauling…

The DK City SC100 e-Scooter by ITEM Designworks makes zipping around the city a cinch! The design features an intuitive, single knob-activated folding system so…

Hyundai has its design and automotive technology right on point when it comes to mass-producing compact city cars that have earned the trust of millions….

﻿ Popular DIY and science YouTube channel, The Q took his viewers through the process of replacing his bicycle’s traditional rubber tires with a set…