If you’ve ever wished you could push your Nintendo Switch to the limits, now’s your chance to armor it up like a super giant robot, ready to wage battle against idleness and boredom.

The Nintendo Switch is generally loved and looked up to, especially judging by how many have tried to recreate its magic. Case in point is the Steam Deck, which tries to bring Switch-style portability and flexibility to PC gaming. That said, the Switch isn’t perfect, and it doesn’t seem like Nintendo is keen on launching a new model that addresses owners’ pet peeves. Fortunately, arduous Switch fans at Plenbo have stepped in to give the handheld console an upgrade. 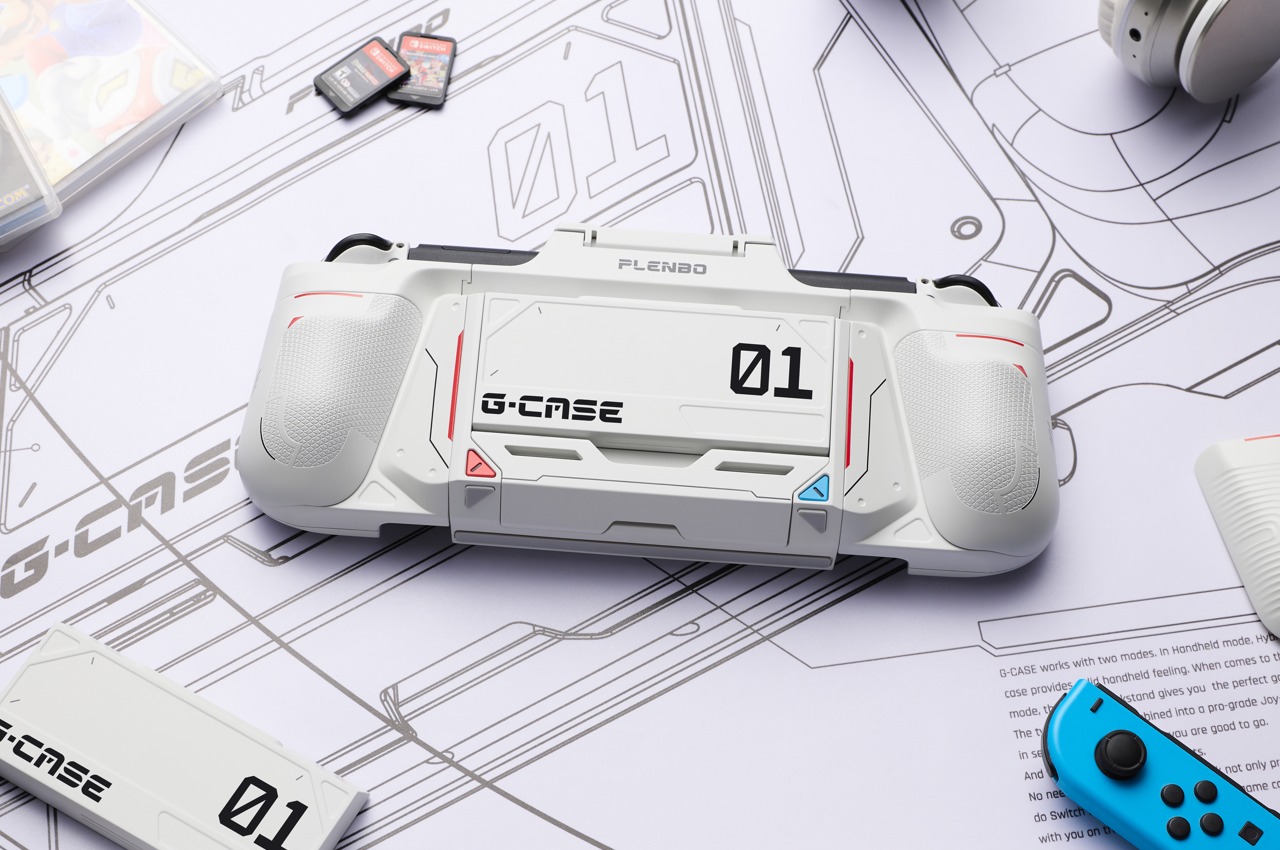 Nothing induces sweaty palms and frantic button-mashing better than realizing that you won’t have enough battery juice left before the next save point. Of course, you could try to scramble for a compatible power bank, but that means losing a few precious moments that could cost you your sweet victory. At first brush, the G-Case almost sounds like a battery case for the Switch, but that barely scratches the surface of what this innovative product can do to improve your gaming life, whether on the go or at home. 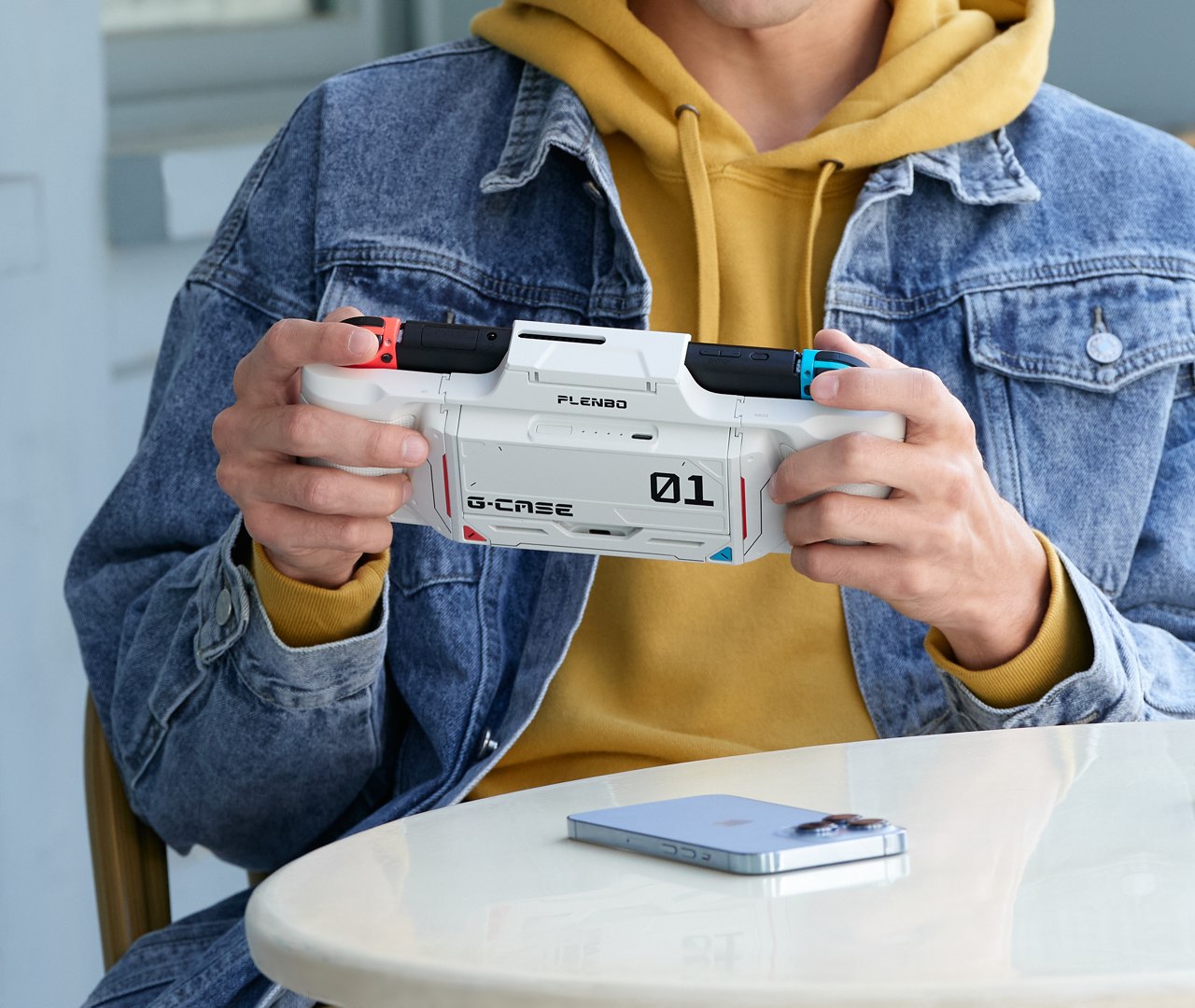 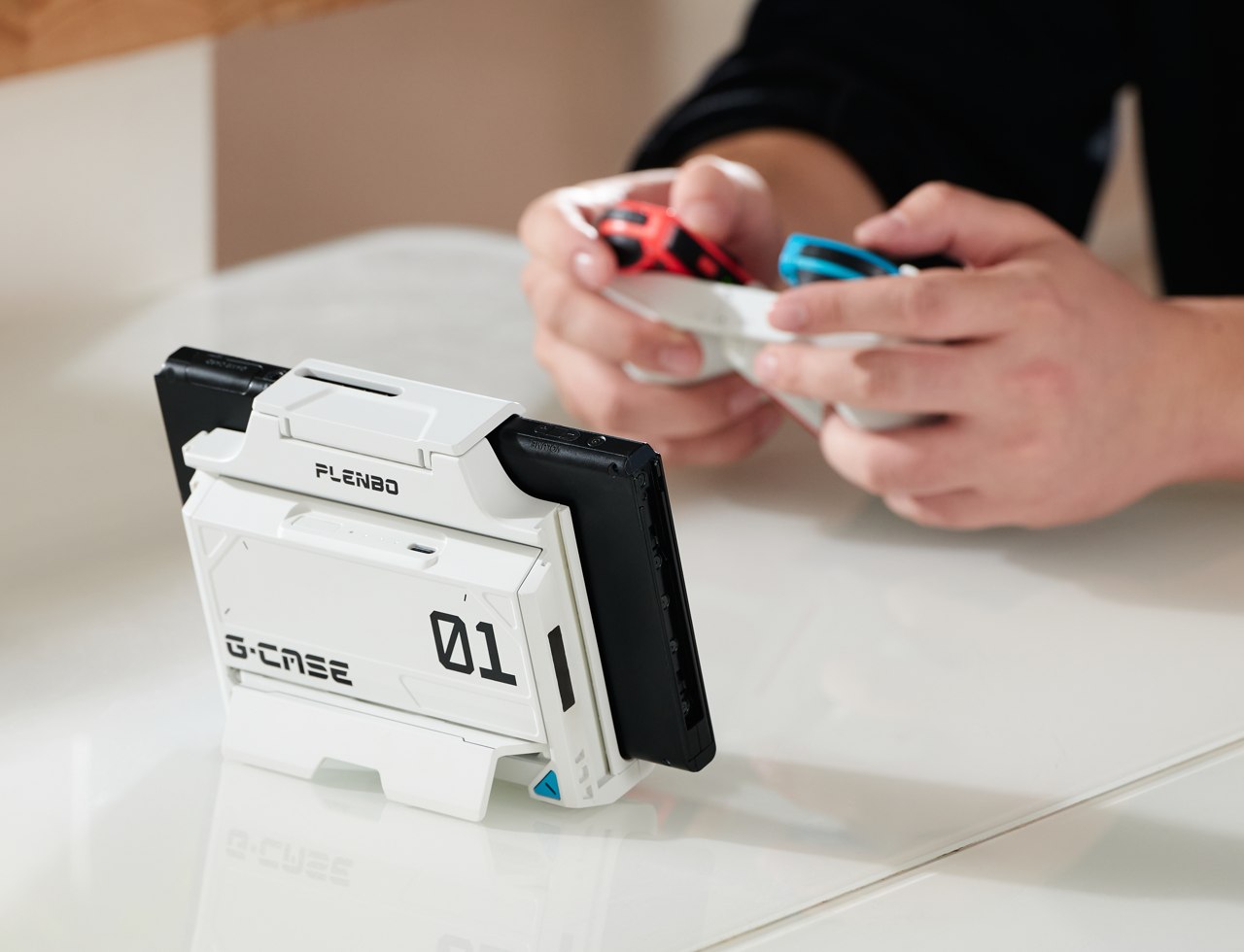 The G-Case is actually made up of a few modular parts, with the main body serving as the battery dock and kickstand. It is flanked by detachable Joy-Con cases that can also slide together to form a single but bigger controller, so you won’t have to bring along the official grip that comes along with every Switch. Those grips also hide card slots so you can bring your favorite games with you anywhere. And then here are the batteries, which do more than extend the Switch’s life. The detachable batteries have their own USB-C port, so you can actually charge your other gadgets from it. 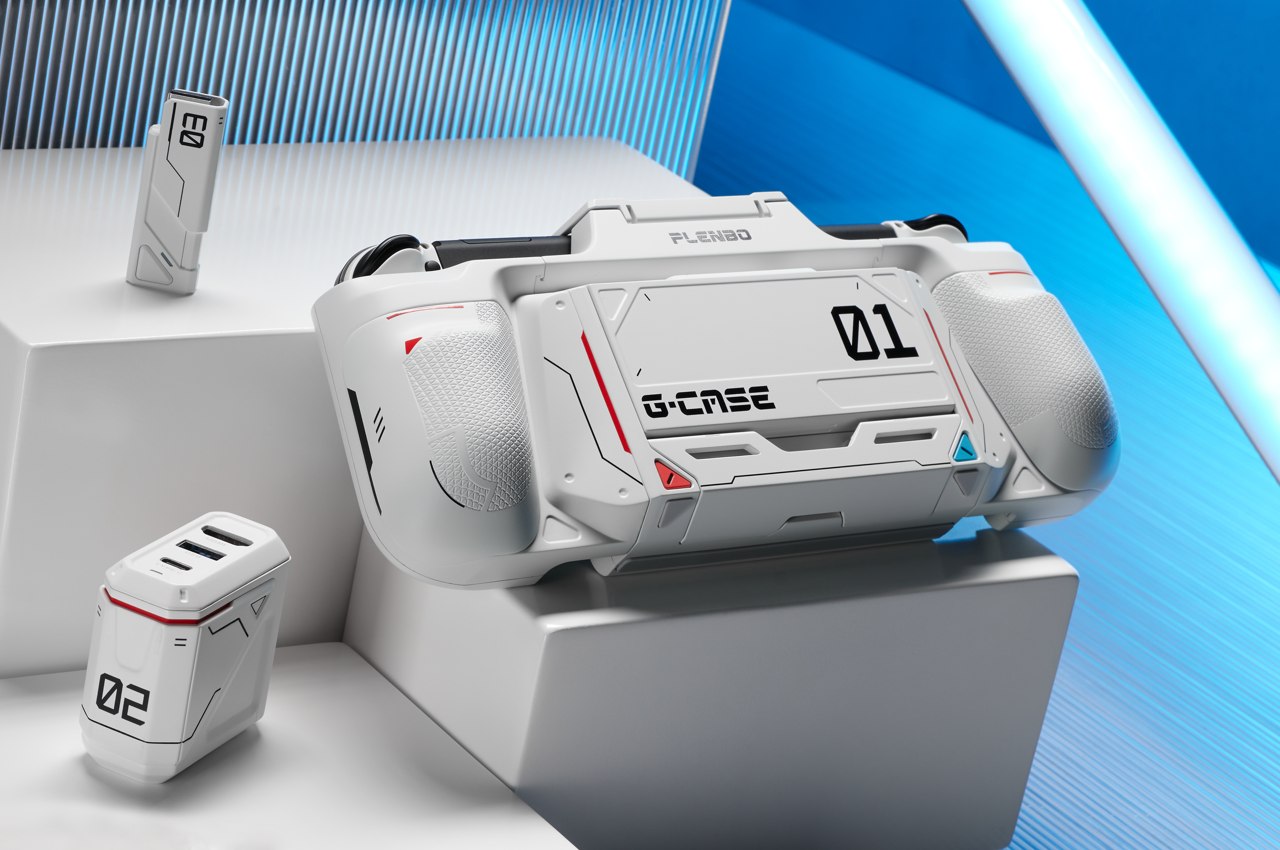 The G-Case, however, is just one part of an ecosystem that Plenbo has created around the Nintendo Switch. Equally remarkable is the OneDock that removes any and all friction when trying to use the Switch in TV mode. The size of a large phone charger, the space-saving block conveniently connects to the Switch and a TV via cables while the OneDock itself plugs into any outlet. Its utility doesn’t end there, though, as the OneDock also functions as a charger and a computer hub as well. 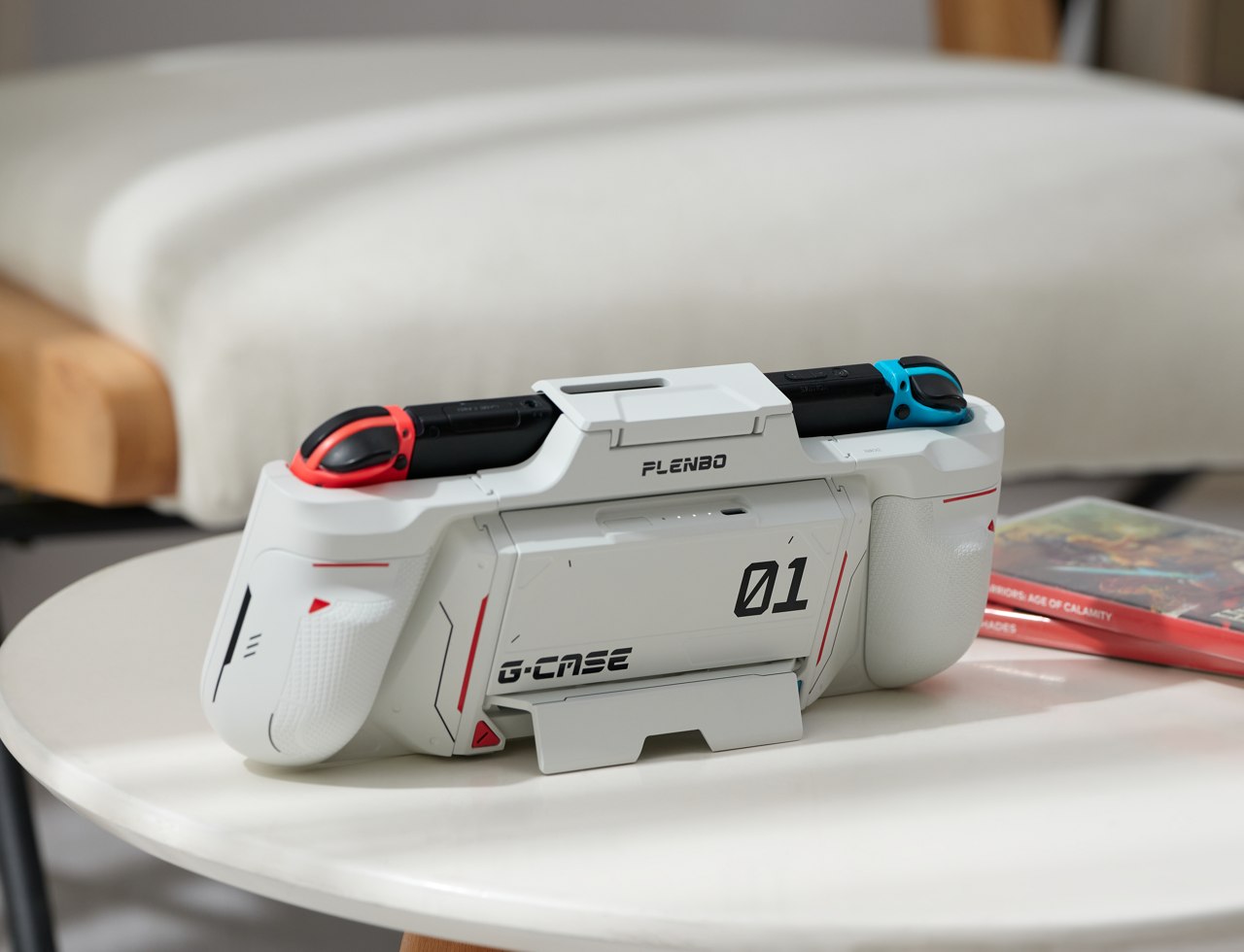 The way the G-Case’s parts function together and independently might remind you of some futuristic armor or gear, and that isn’t by accident. Its predominantly white motif and red accents were specifically chosen to pay tribute to the popular giant robots of the Gundam franchise. And like those robots, the G-Case doesn’t just provide additional protection and comfort; it delivers a powerful modular system that promises to level up your Switch game.

Finally! Someone made an LED desk lamp that can change from a cool blue color to a warmer yellow color with a touch of a…

Inspired by the suction cups on an octopus’ tentacles, red dot design concept winning designer Donghee Suh created this pair of cool earbuds that are…

https://www.kickstarter.com/projects/easternco/cascade-cables-apple-mfi-lightning-to-usb-c-cables Unless you’ve been living under a rock, you’d know that the USB-C standard is one of the biggest and best things to happen to…