As an enthusiastic tea drinker myself, I’m honestly a little offended that we haven’t done much to make tea-brewing portable beyond the simple teabag. Sure, teabags are easy to carry around, but you don’t really have much of a choice when it comes to choosing your tea leaves… what’s inside the bag is inside the bag. Nevertheless, the teabag is a standard format, meant for a single small serving, which isn’t enough for some people who like their cup of tea to actually be a large mug of tea! Meet the ECLIPSE, a portable tea brewing station that isn’t as limiting or as archaic as the teabag. It combines a travel thermos and a french-press-style brewing system in one easy-to-use, easy-to-carry design, and lets you brew two cups (or one large mug) of the tea of your choice. 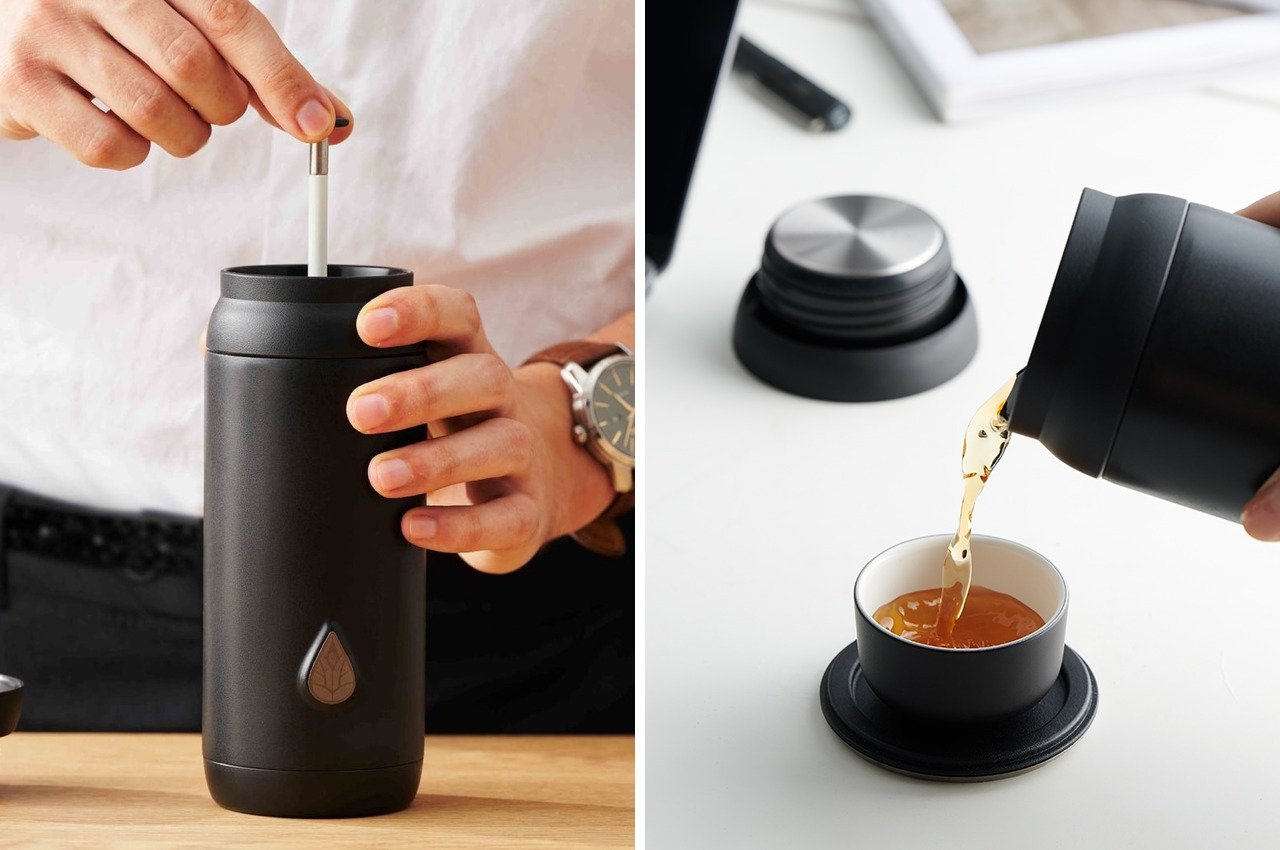 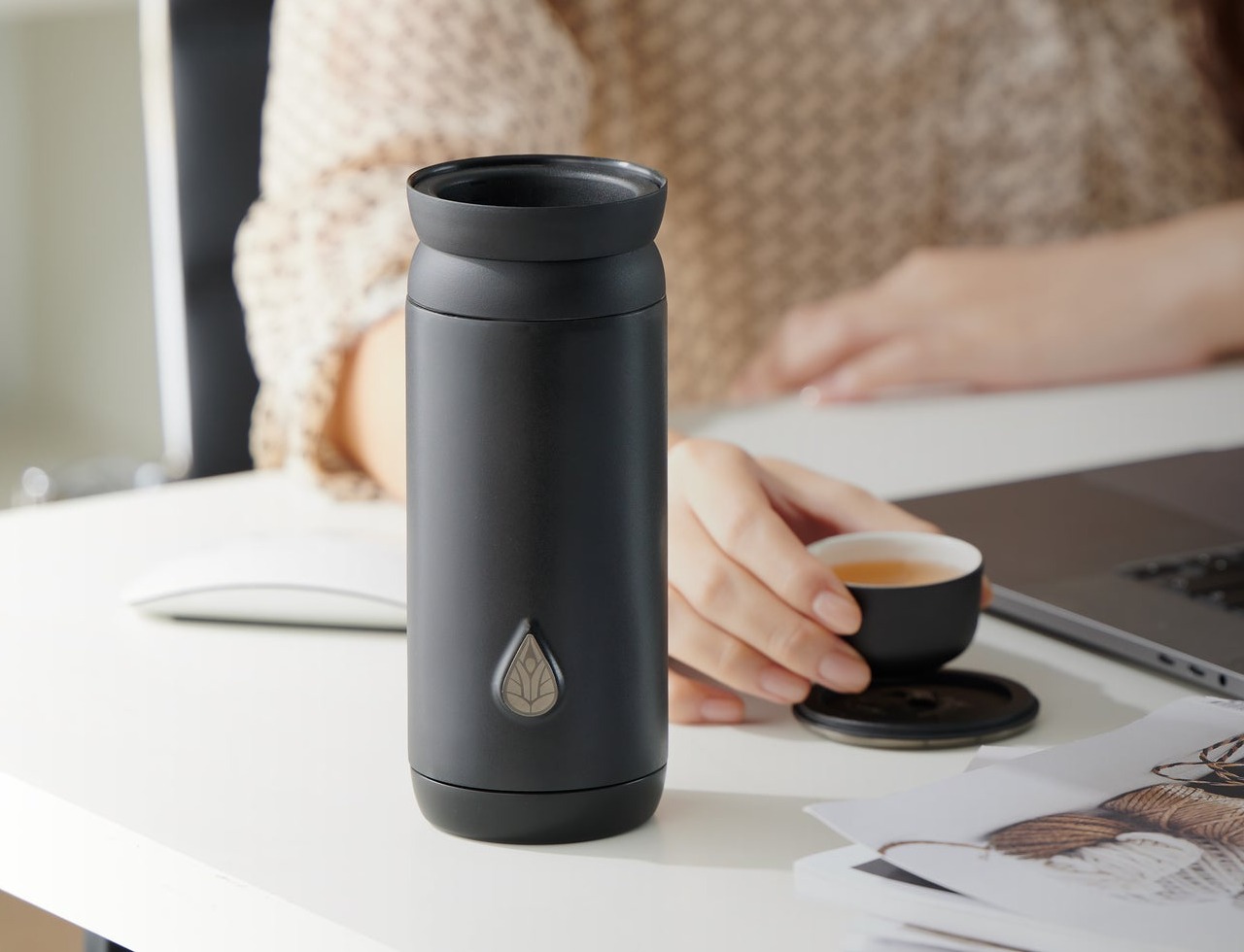 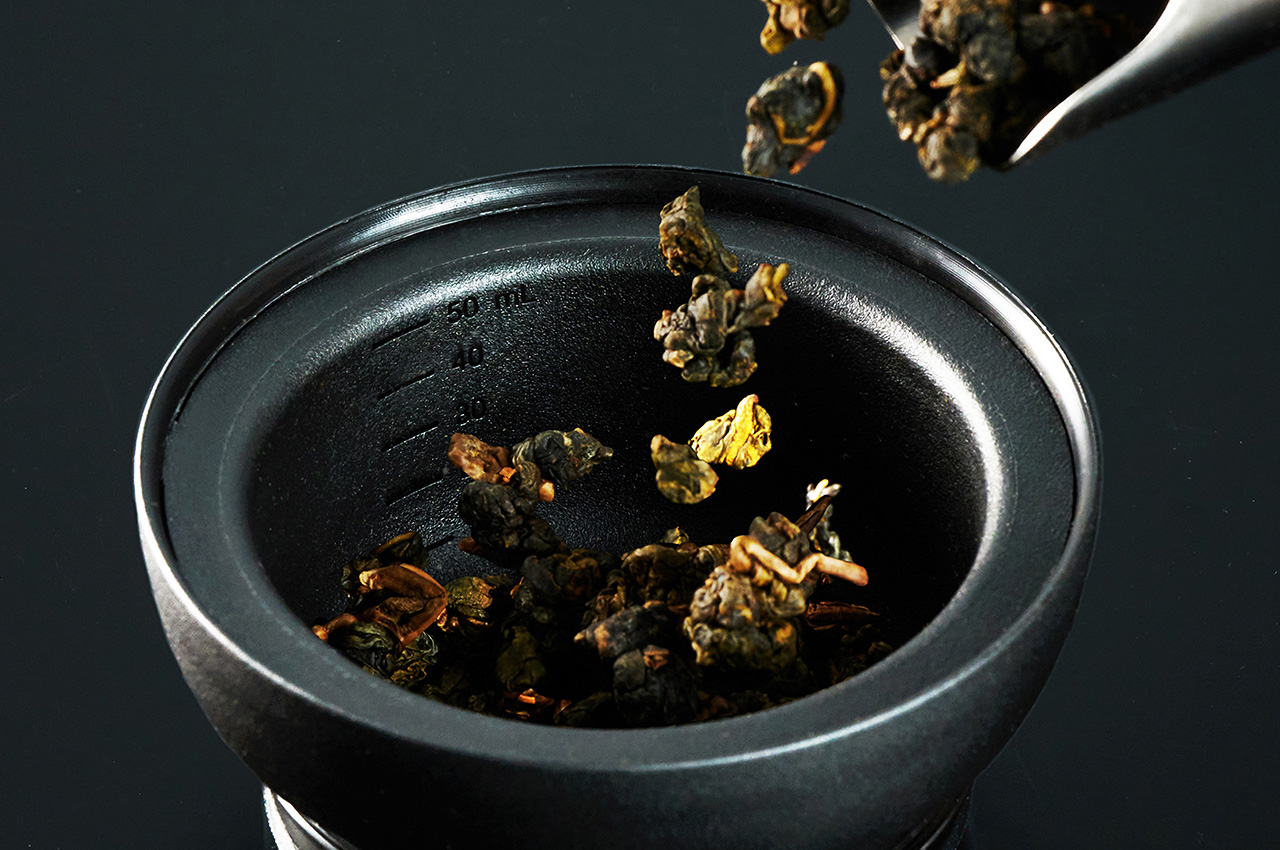 Measuring Graduations: Hiding inside the cap with 10ml spaced-out graduation lines for easy tea portioning wherever you go.

In all fairness, I’m not surprised that a device like the ECLIPSE hasn’t become ubiquitous all this while. Tea is the second-most consumed beverage in the world, and as far as tea cultures go, its brewing methods are still deeply rooted in tradition. What ECLIPSE does is simply modernize it, by providing the same steps you’d expect in regular tea brewing. The multi-part travel press comes with a measuring cup, a brewing teapot, a plunger (that acts as a strainer), and a drinking vessel. 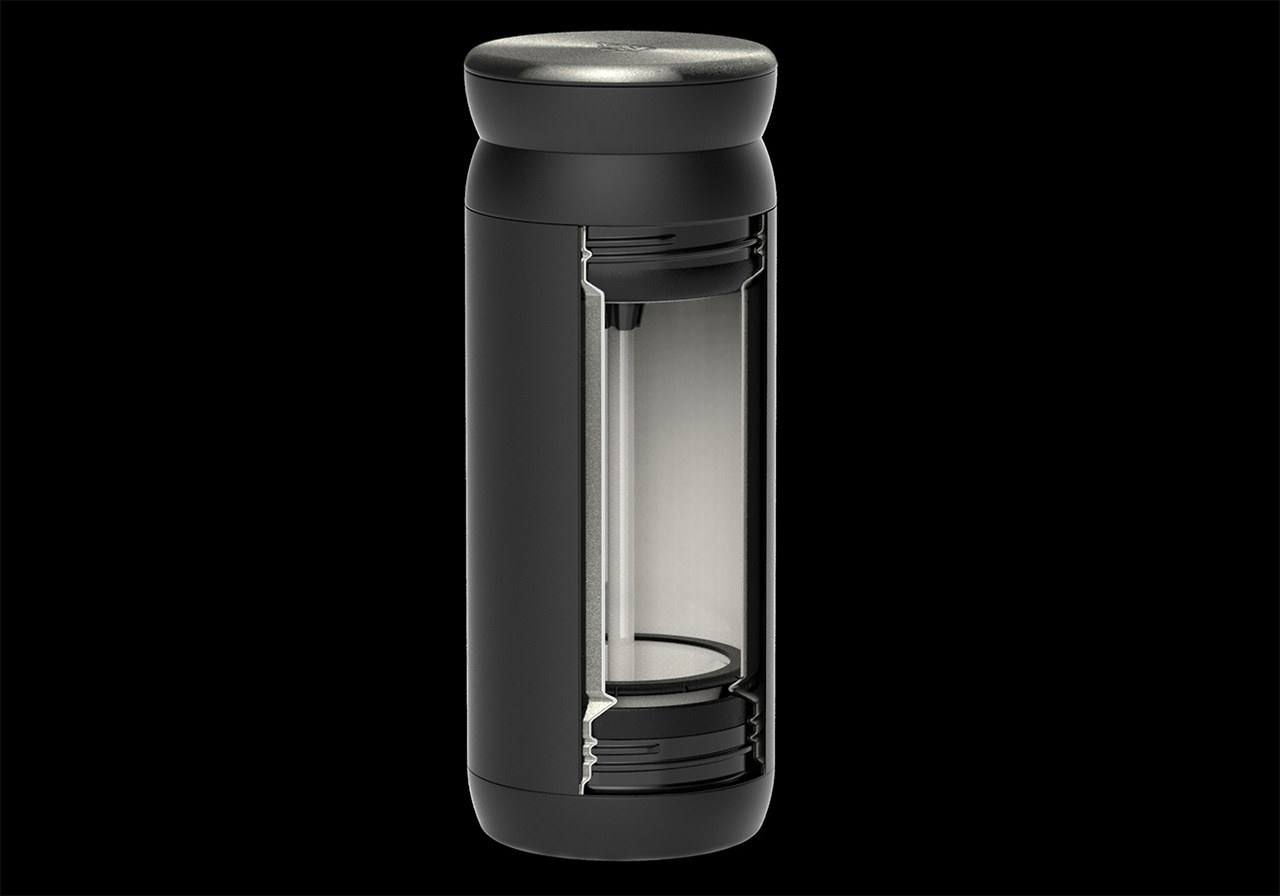 The inner layer of the ECLIPSE is lined with a ceramic coating to honor the traditional practice of brewing in ceramic teapots (while also ensuring that the tea doesn’t get a metallic or plastic taste), and gives you authority over how strong or mild you want your tea to be by letting you control brew-times. 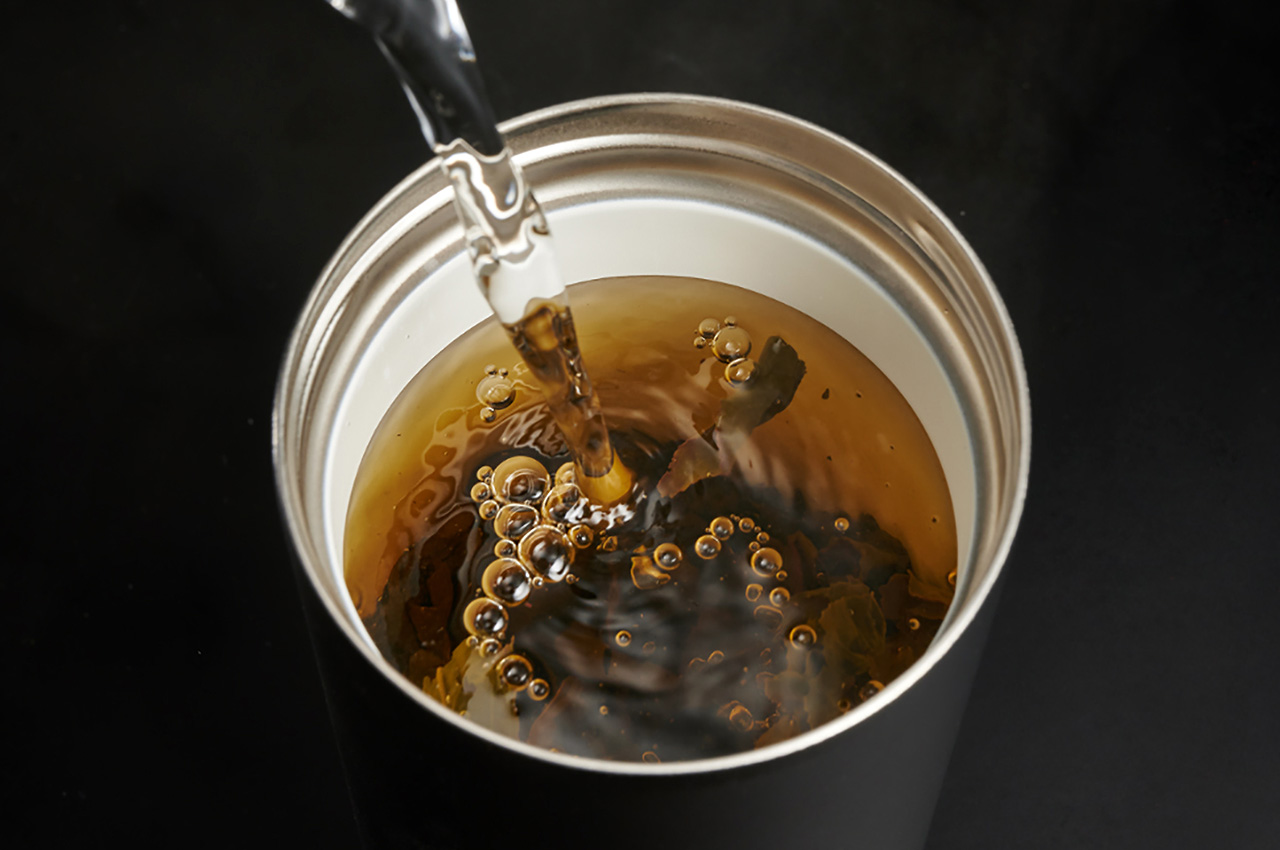 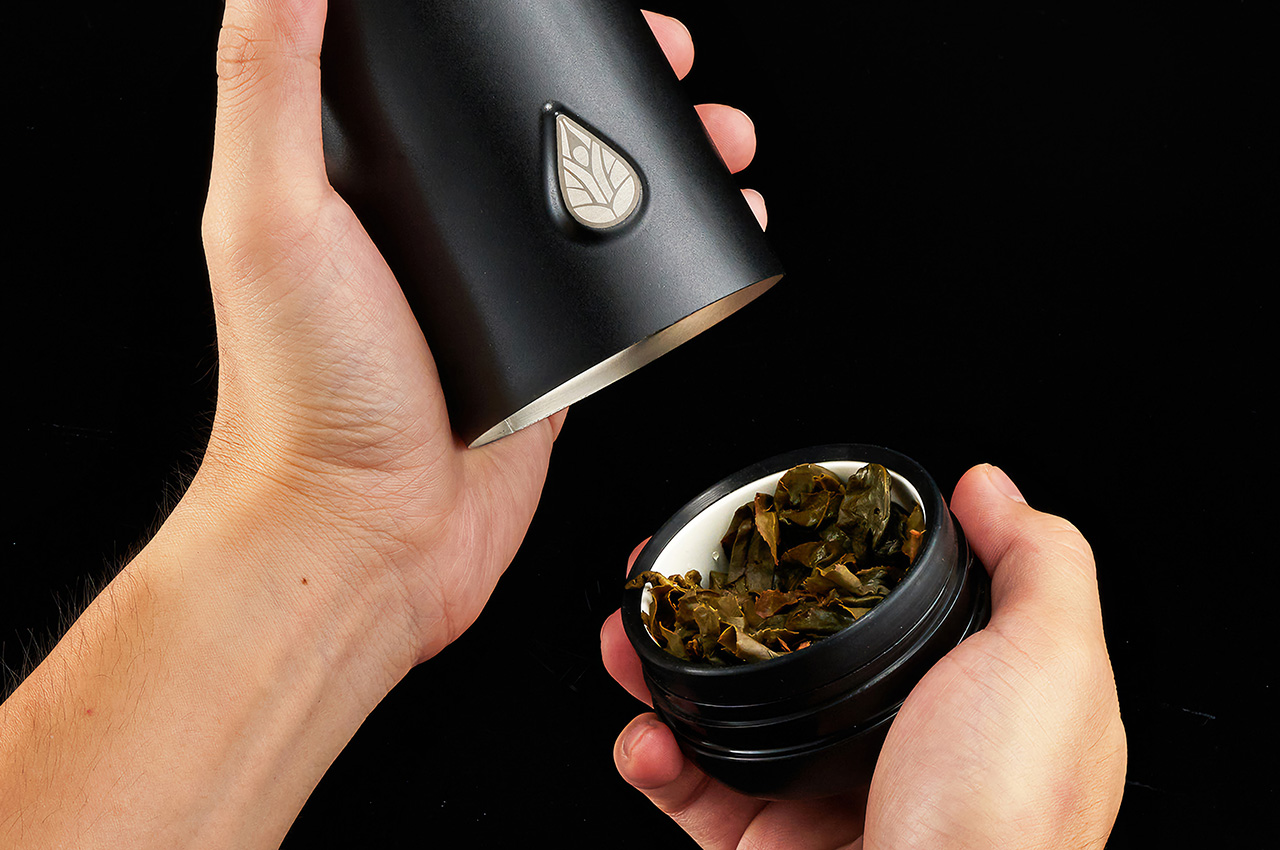 If you’ve used a french press, using the ECLIPSE should come quite naturally to you. The long, cylindrical design of the ECLIPSE is naturally reminiscent of the french press, with a plunger that lets you push the leaves down to strain the tea. The contraption comes with a cap that doubles as a drinking cup, and a measuring vessel underneath. Pop both off and you’ve got the ECLIPSE’s brewing chamber, with the plunger that lets you push the tea leaves to the bottom of the vessel once you’re ready to pour yourself a drink. 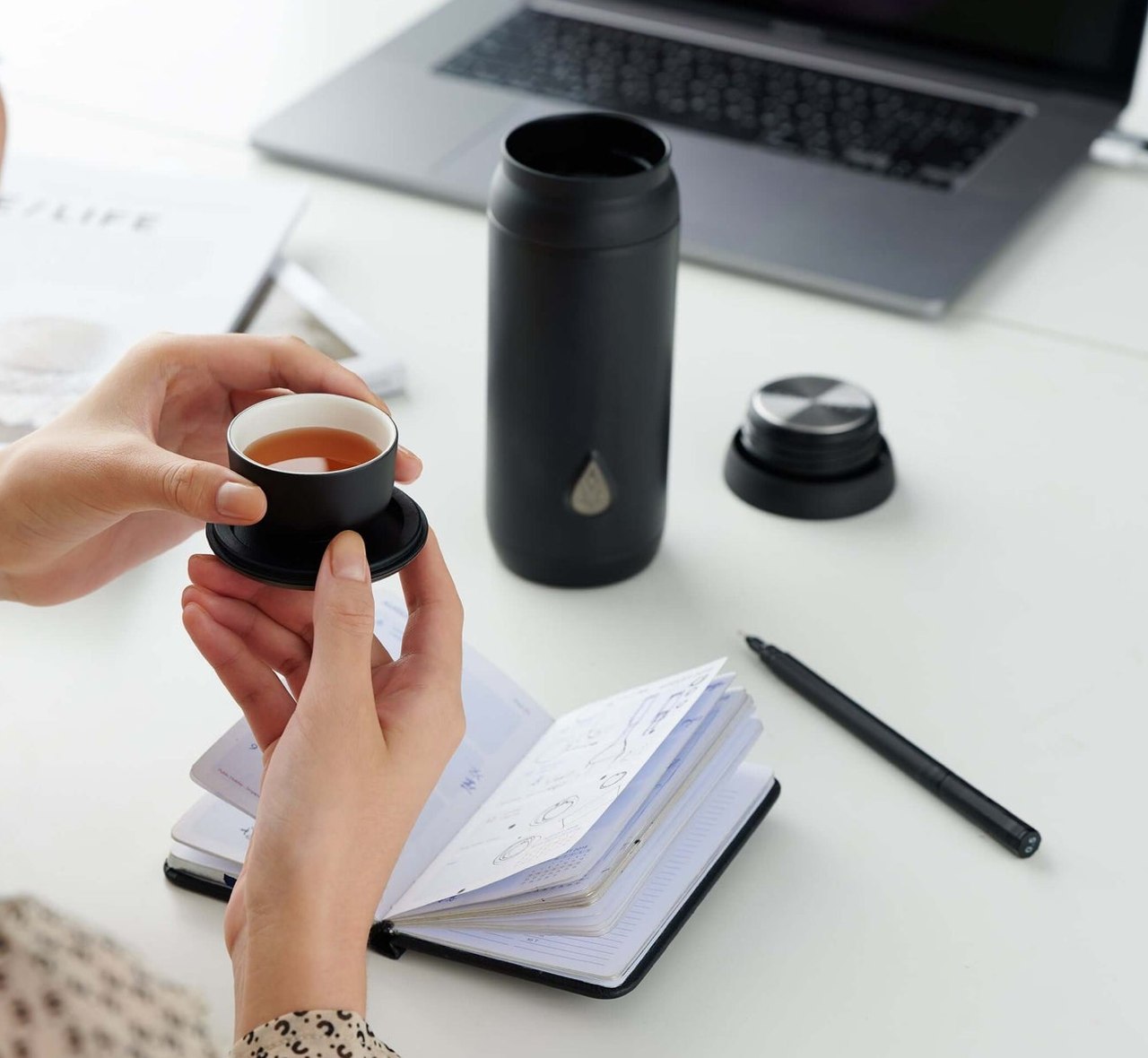 The ECLIPSE is built with double-wall insulation, allowing you to pour hot water into the brewing chamber, while the outside remains cool to the touch, and has a matte-finish exterior that’s easy to grip while being anti-scratch too. Once you’re done drinking tea, the ECLIPSE can simply be cleaned out by unscrewing its base so you can easily fish out the tea leaves. The inner ceramic coating is hydrophobic and can easily be rinsed under running water… while the entire ECLIPSE is designed to be resistant to damage and breaking, giving you the unique ability to be able to travel anywhere with your tea-brewing apparatus! Try doing that with a porcelain teapot and teacups!

I imagine if drills were guns, this one would be a Sniper Rifle. The Safety Drill (a little generic but what can you do, right?)…

This floating yacht-inspired resort is the future of luxurious architecture and getaways!

I often find myself scrolling through the internet looking for plausible vacation destinations I can fly off to once this pandemic comes to an end….

Below the knee amputees have to jockey their way around even for normal tasks, making things difficult in the daily grind. Taking a shower is…

Today’s cities have way too many discarded bottles and not enough clean air! Why not use one to counter the other? The Tetraforest concept does…