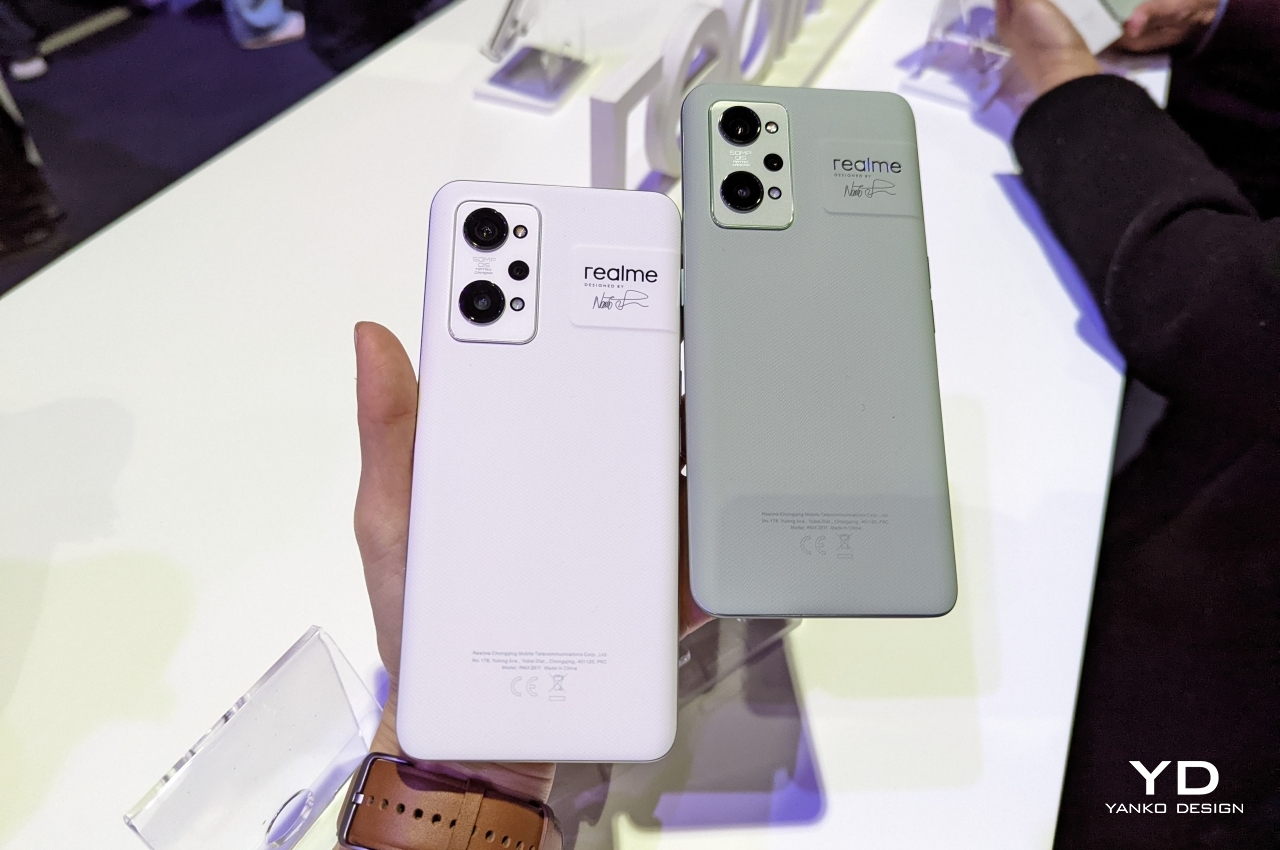 Young brand Realme is trying to make a difference not just in the smartphone market but also in the future of our planet.

If you’ve been following the smartphone market closely, you’ll be familiar with how many smartphones are being shipped not just every year but every quarter. This numbers games for smartphone manufacturers, however, also translates to something less encouraging for the environment. Consumer electronics are some of the biggest offenders when it comes to carbon emissions during their manufacturing, use of unsustainable materials in both production and packaging, and e-waste. Given how ingrained smartphones are in our modern lives, it’s nearly impossible to simply wipe them out from existence. Instead, smartphone makers are taking steps to reduce their negative impact on the environment, and a young rising star in that market is making a lot of noise about its efforts to go greener. 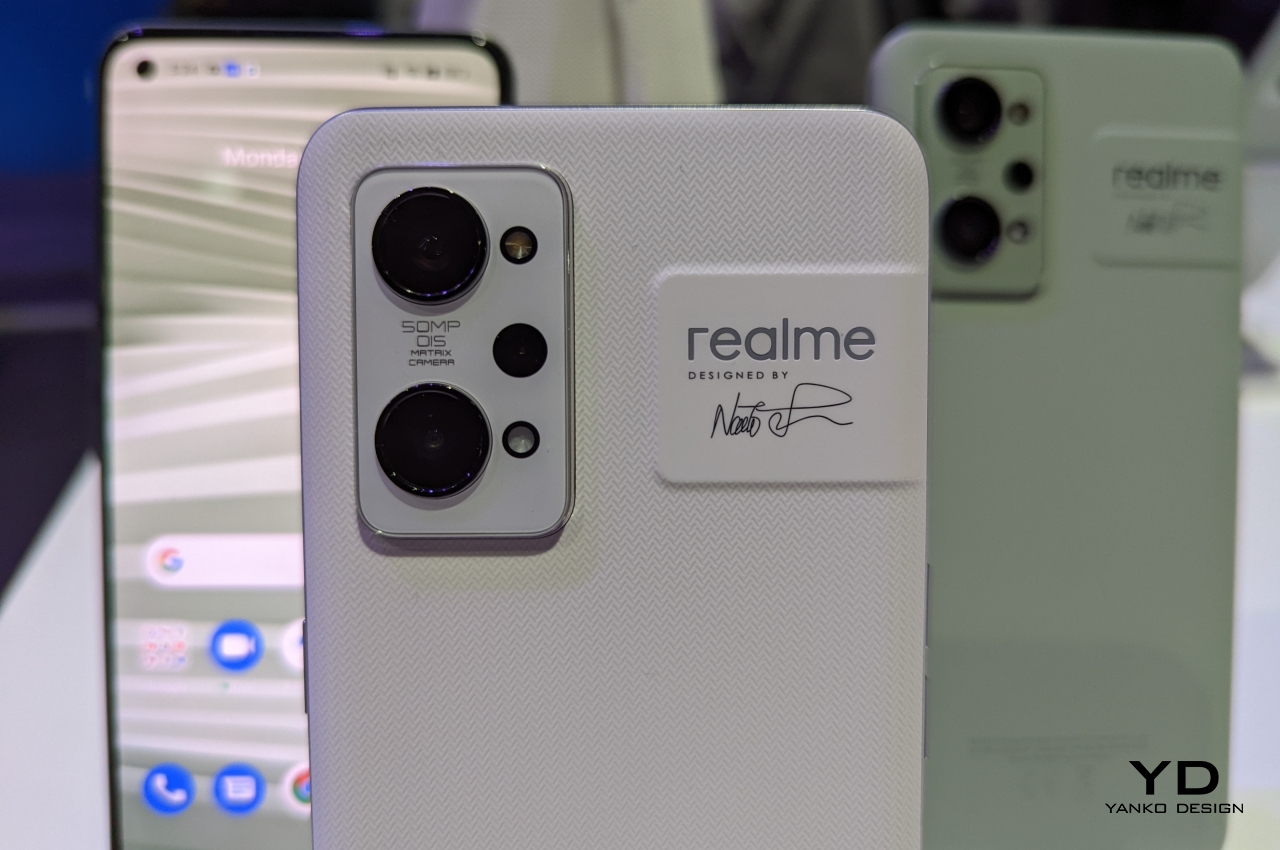 The Passion of Youth

Compared to the likes of Samsung or even its parent company OPPO, Realme is a baby. Although it traces its roots back to 2010, it was only in 2018 that Realme formally become a brand. Since then, however, its popularity and sales have skyrocketed to the point that it has entered the top five phone brands in some markets and categories. 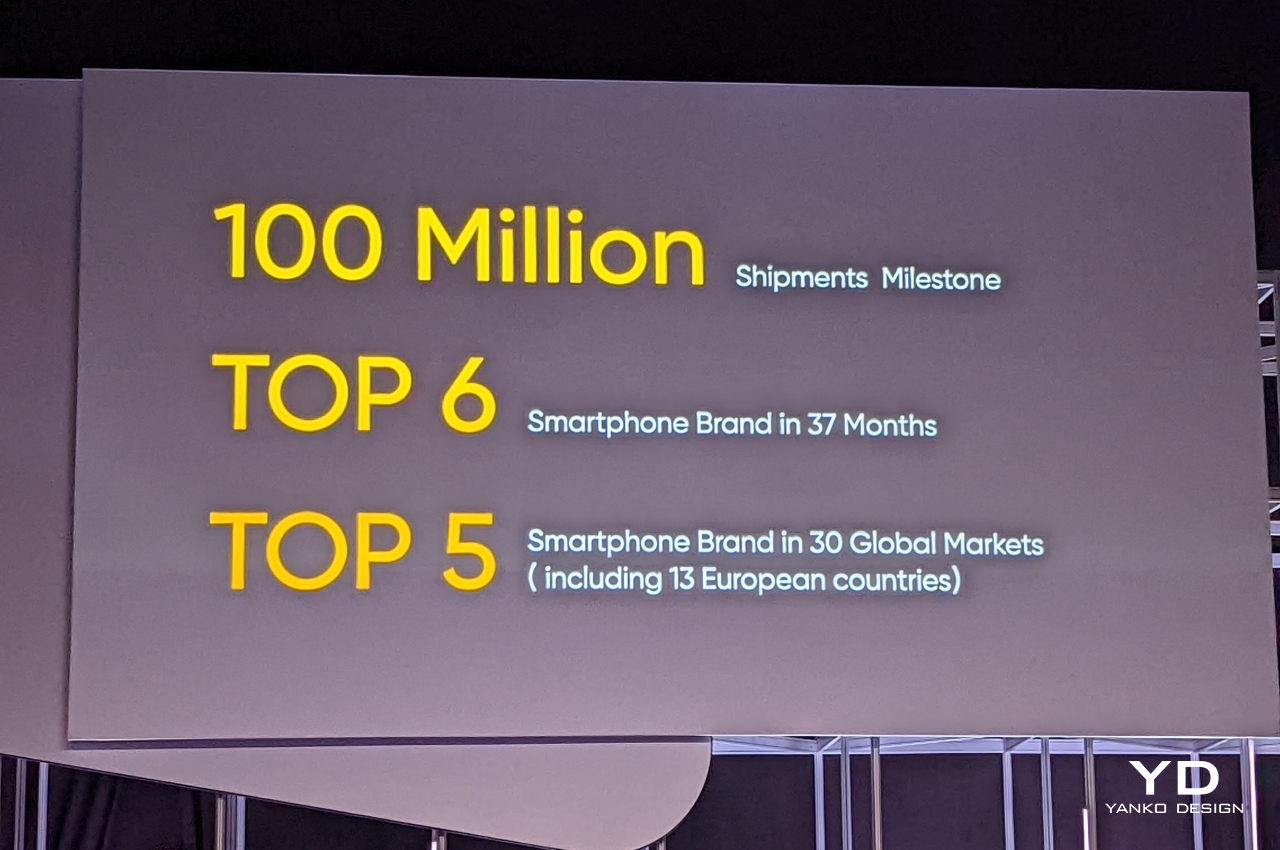 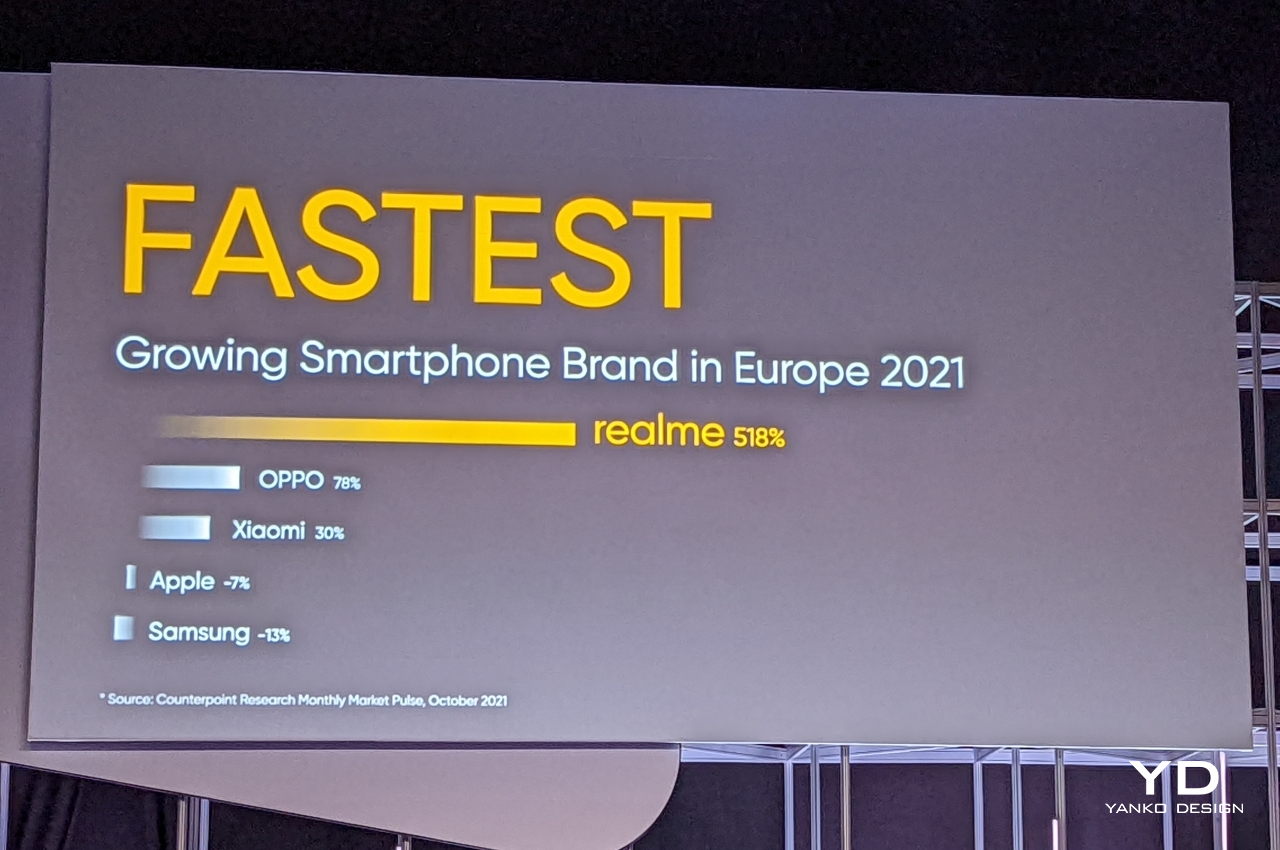 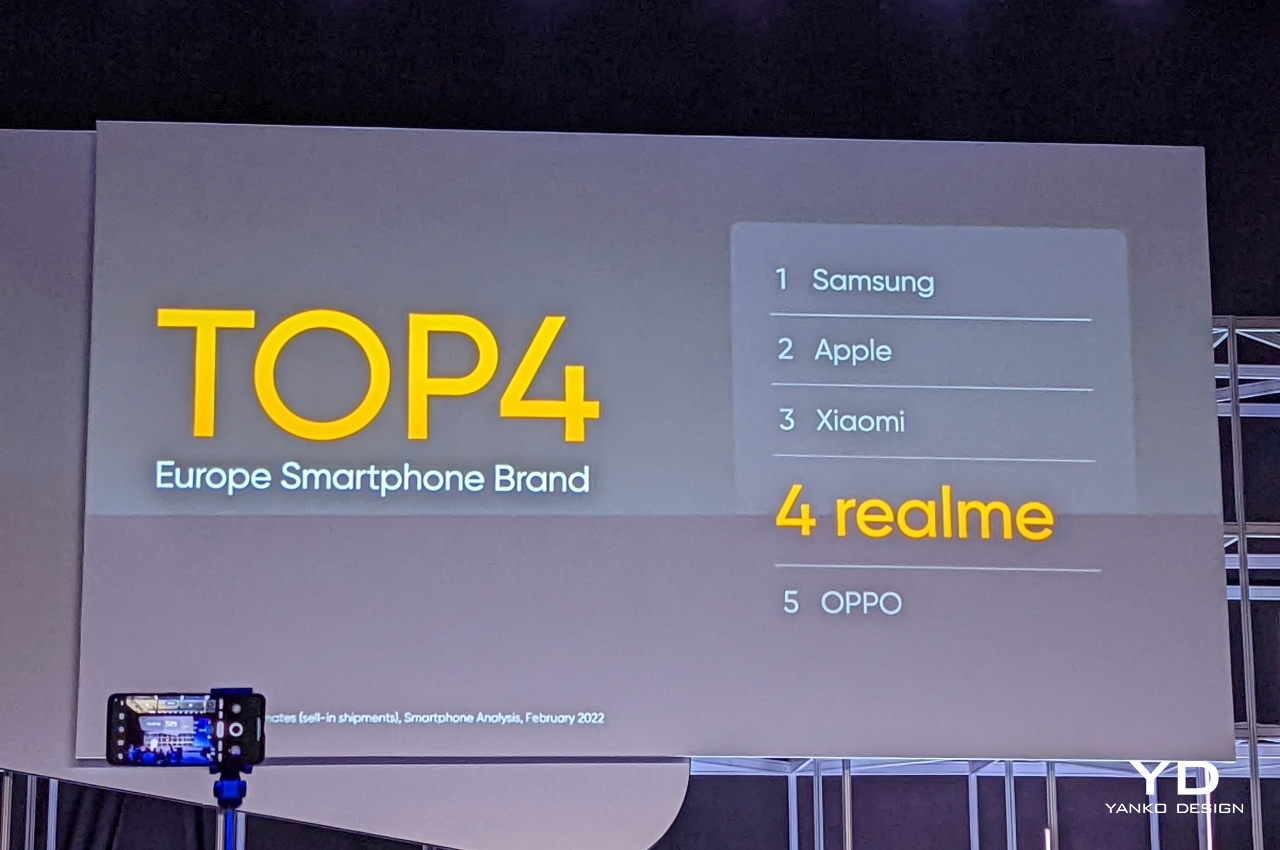 This, however, also meant that it is selling millions of phones since 2018 and is, in fact, reached its 100 million shipments milestone. While those are bragging rights for business, it also means that Realme is now a major contributor to the planet’s declining health. Rather than resigning to that fate, the company is embarking on several projects that try to minimize its impact as part of its “Greater Tomorrow” Initiatives for its GT brand.

For one, it promises to plant one tree for every Realme GT2 phone it sells. Although it doesn’t give out exact numbers for the GT series, that could still translate to millions of trees each quarter. Its boldest move, however, might be seen on its new Realme GT2 Pro phones, specifically the two new color options that try to mimic paper in more ways than one. 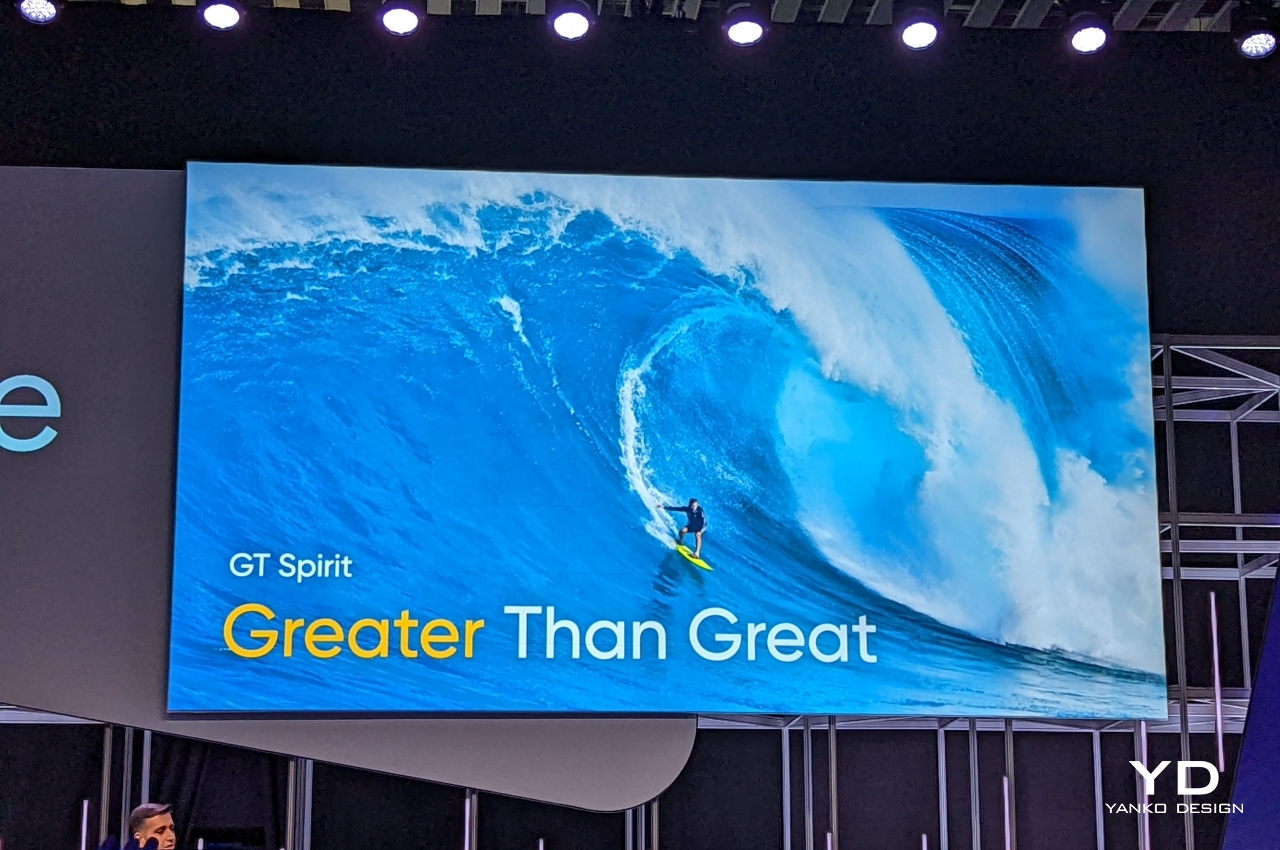 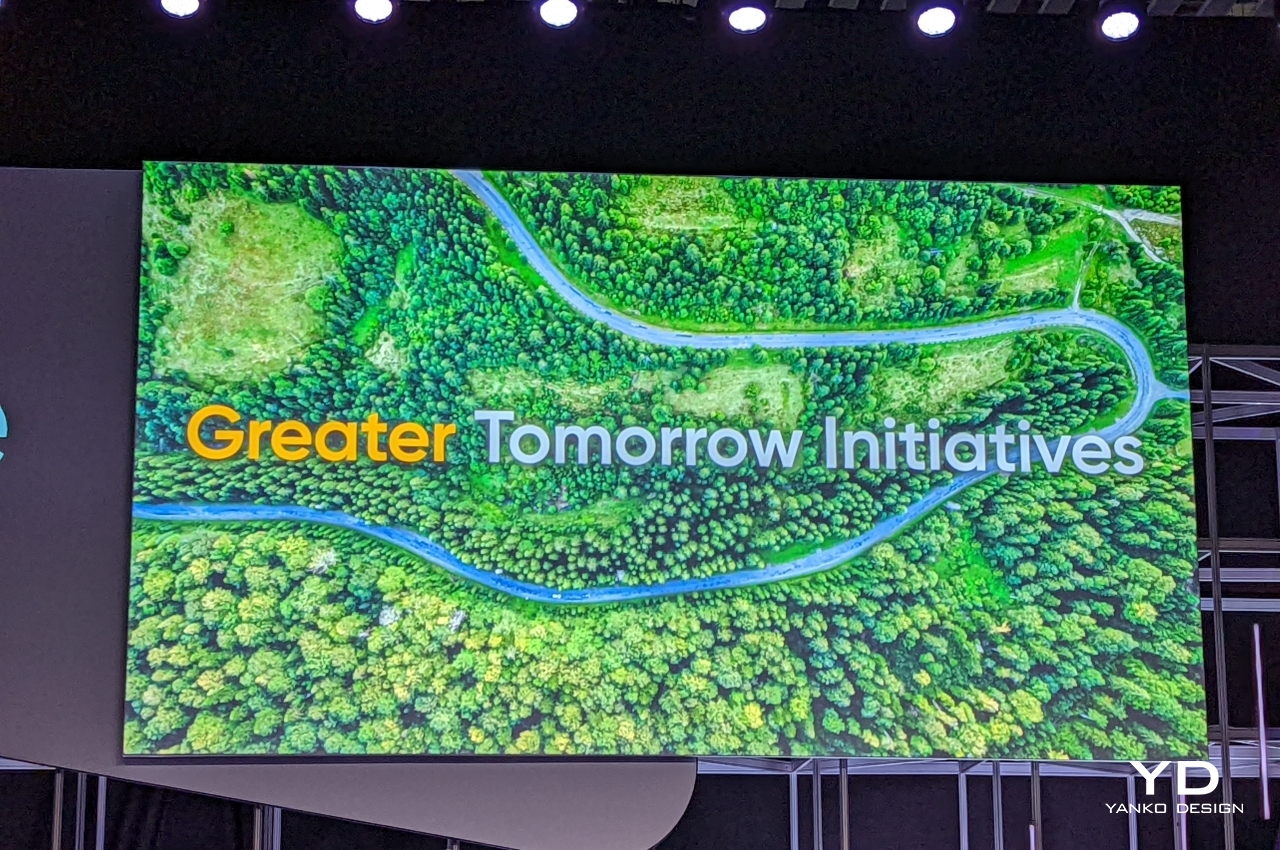 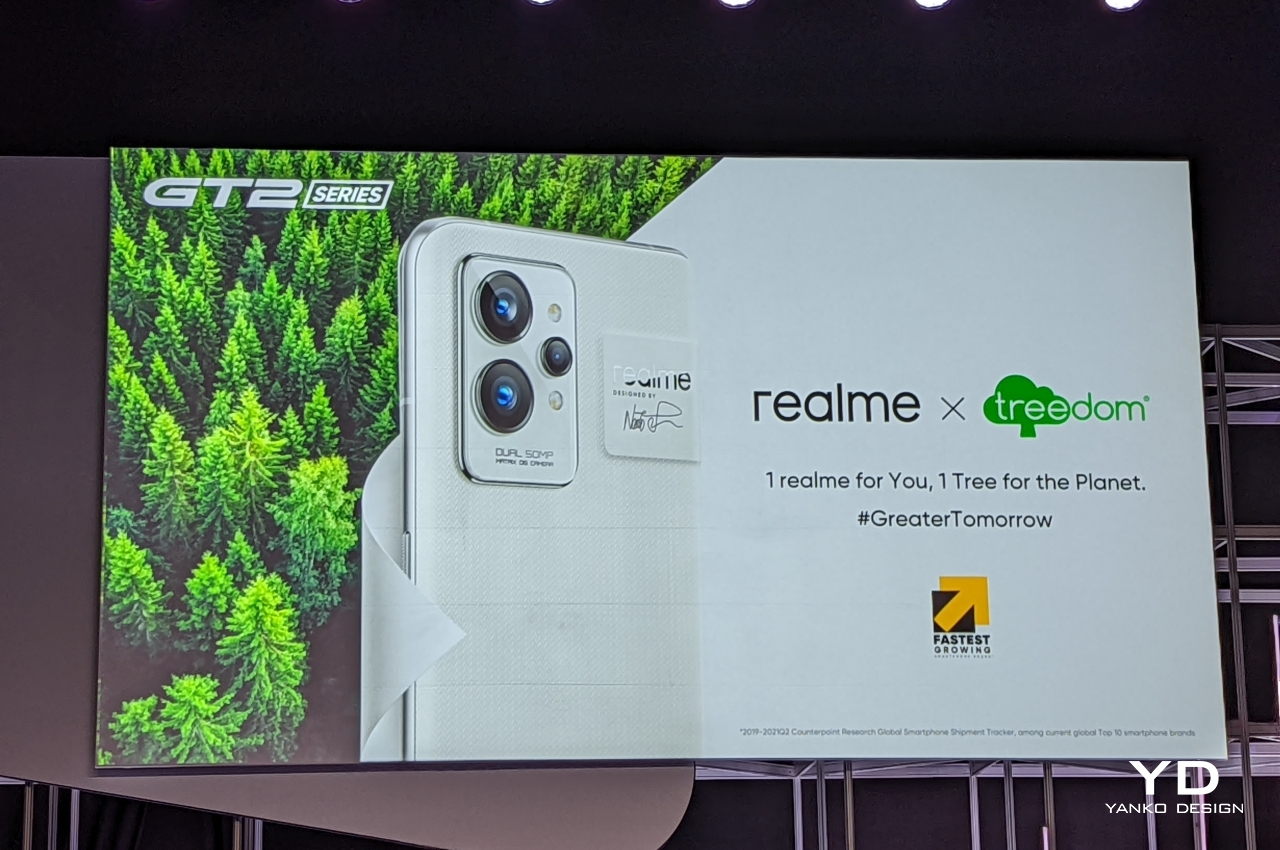 The Realme GT2 Pro is designed to be a beauty, both outside and within. Of course, you won’t exactly see beauty in the internals of a phone, but the experiences they empower help towards longevity and sustainability. Holding to a working phone longer than two years helps reduce how many of them or their components end up in landfills. 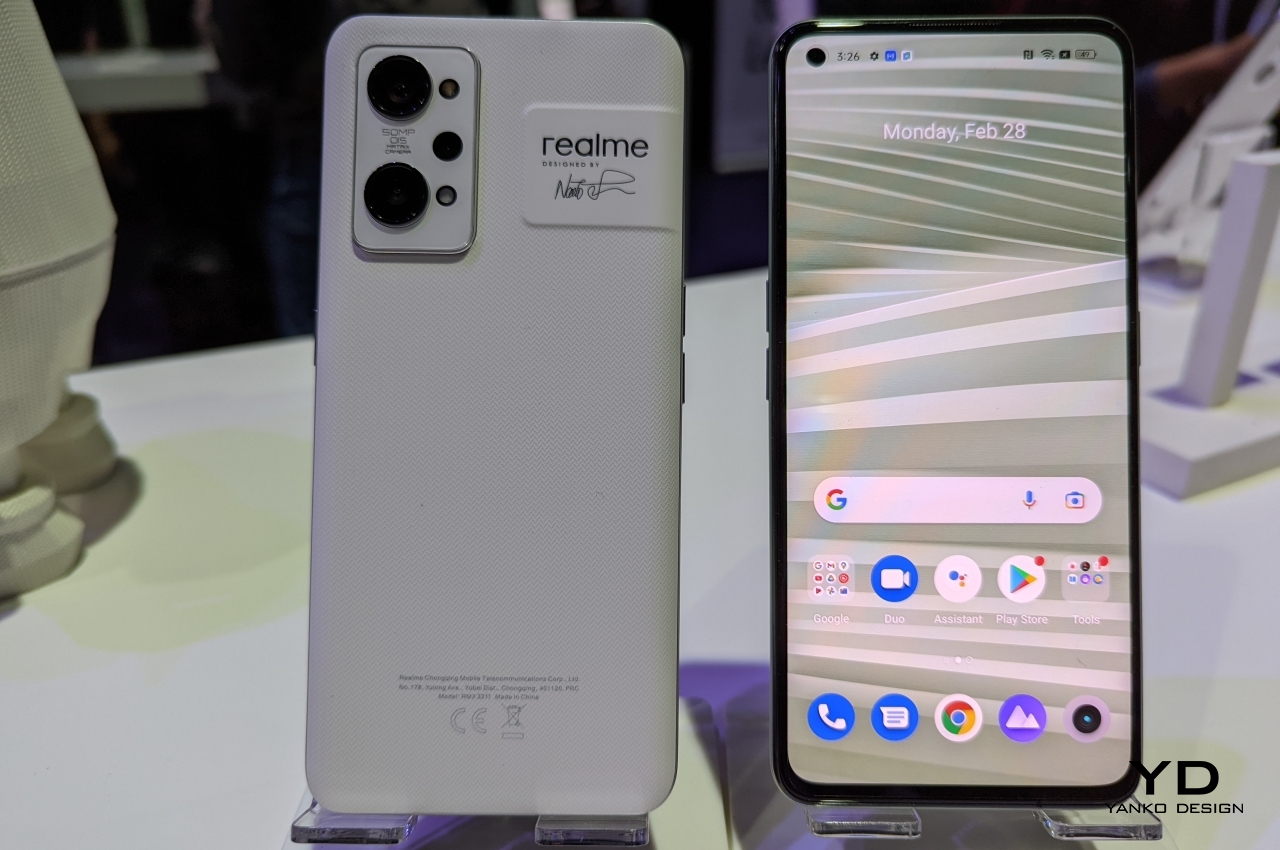 The phone does have some of the best specs available this year so far, but it’s the screen that Realme is really proud of. It’s a 6.7-inch bright 2K AMOLED display that, unlike most high-end phones this year, opted for a flat panel. The pendulum has swung back towards flat designs, and a flat display is sometimes preferred over those that curve at the edges for ergonomic reasons. 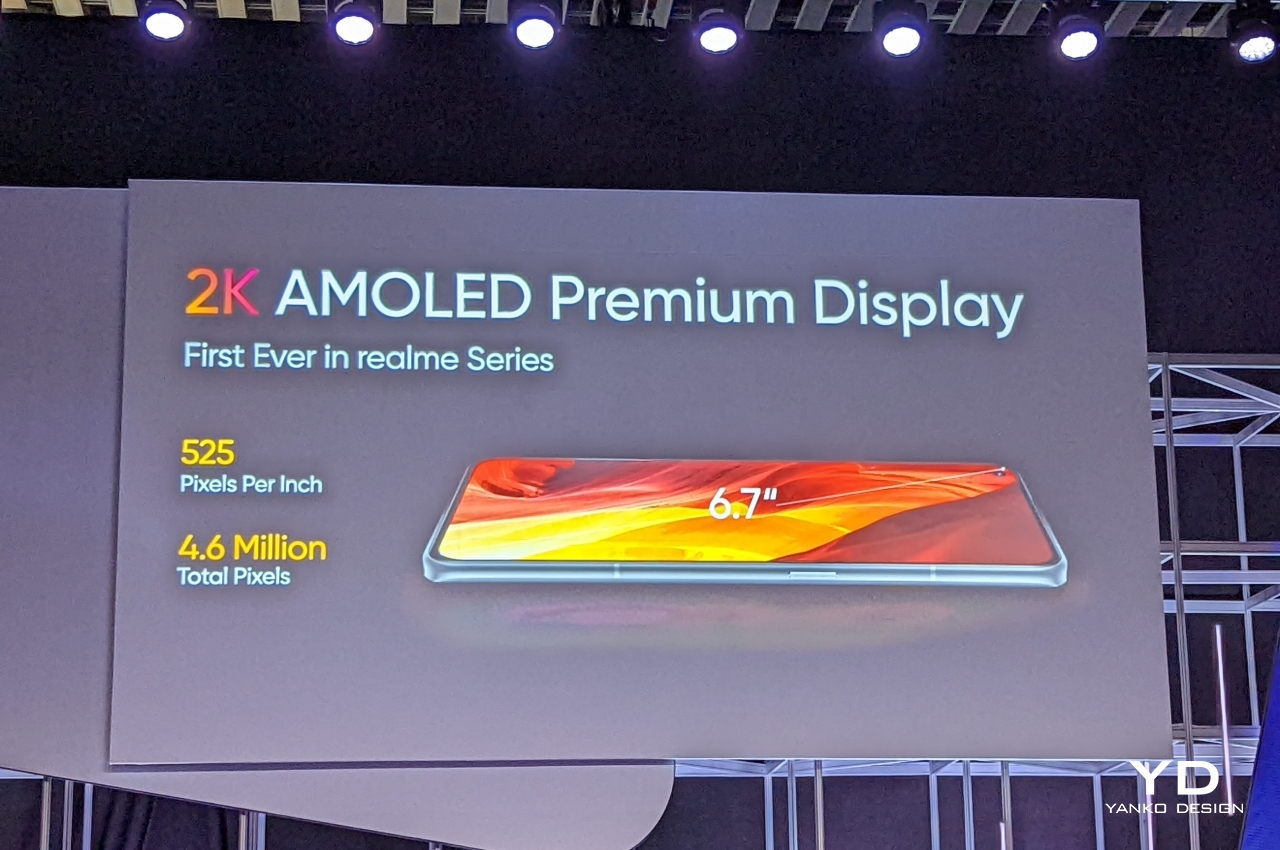 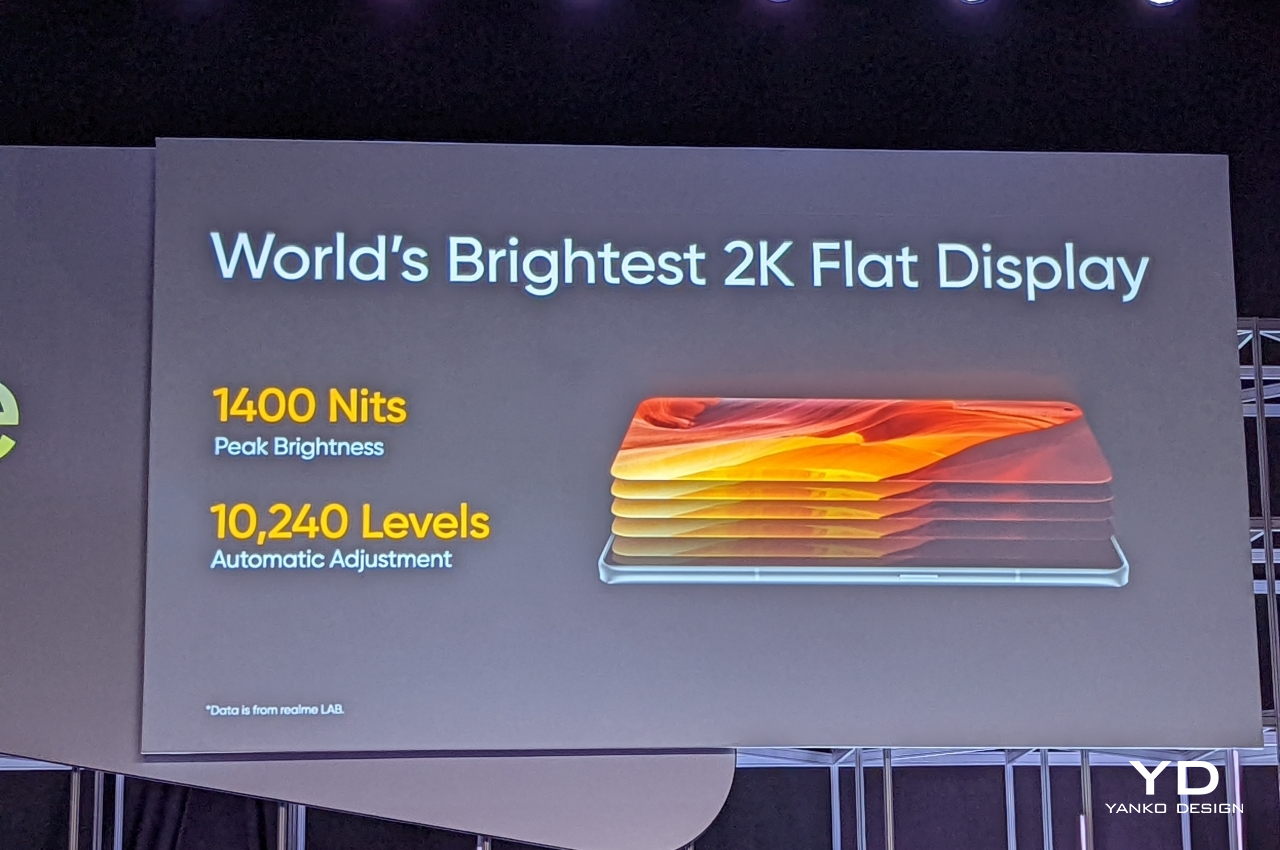 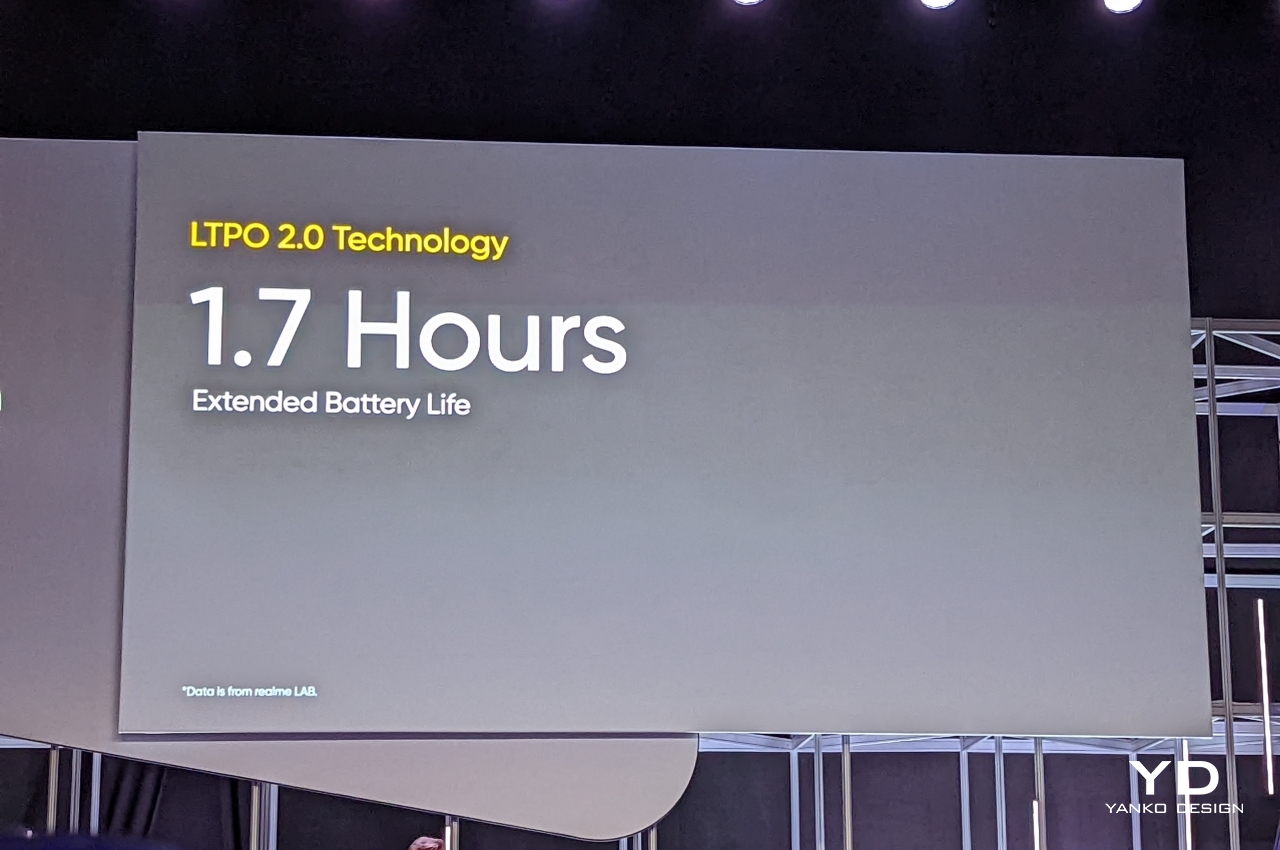 The screen also uses LTPO or Low-Temperature Polycrystalline Oxide 2.0 technology, which promises reduced power consumption. This, in turn, translates to longer battery life, about 1.7 hours more, according to Realme. This means owners will have to charge their phones less, which reduces the carbon footprint of the phone in small but significant ways.

When people talk about recyclable materials, many will probably have paper in mind. Although the trees cut down to make them do have an impact on the environment, paper itself has fewer negative effects considering its biodegradable composition. Plus, it can be reused again and again, sometimes in different forms. 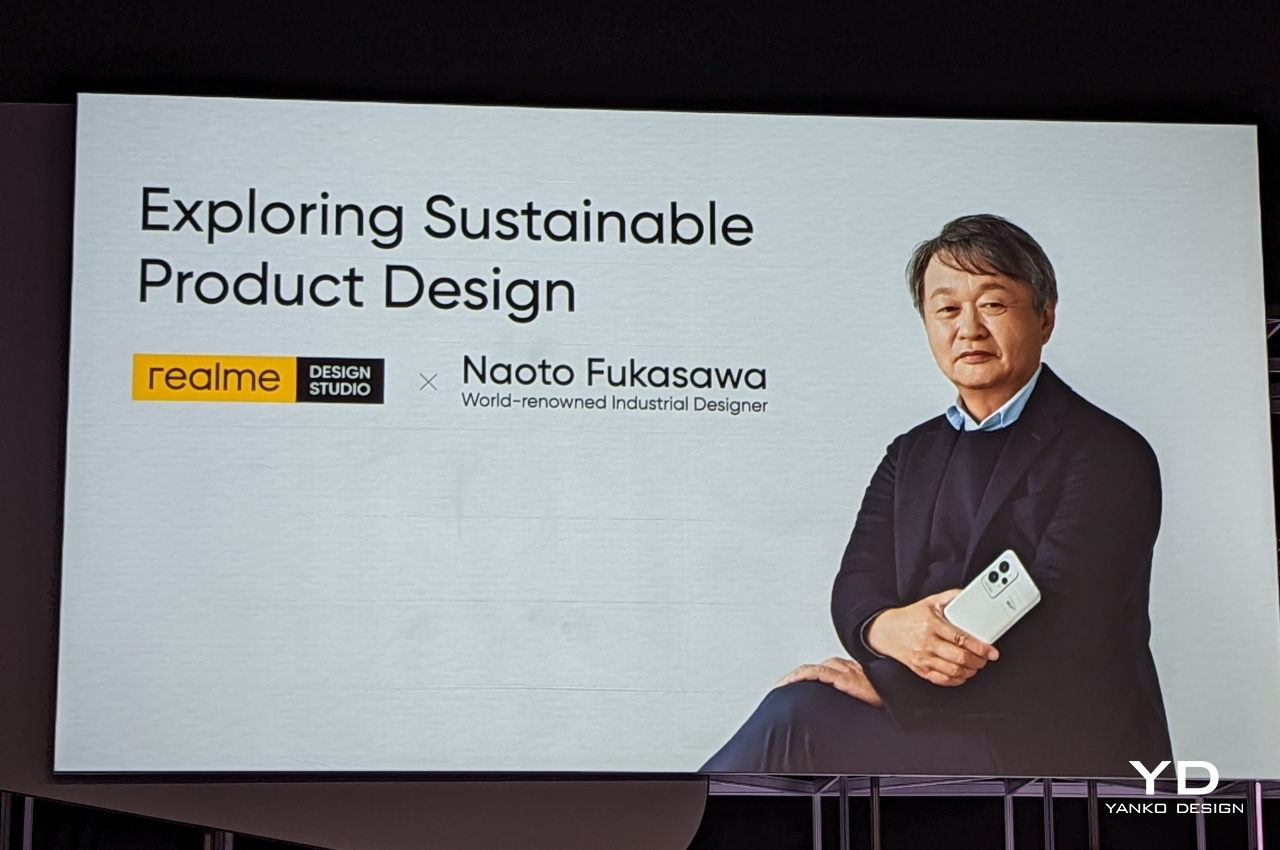 Realme took inspiration from paper in more ways than one. Enlisting the help of famed industrial designer Naoto Fukasawa, the phone maker sought to recreate the look and feel of paper on the glass back of a phone. That alone is an achievement, bringing a sense of comfort and familiarity to the hands while holding the Realme GT2 Pro, but it isn’t just paying lip service to sustainability. Two of the phone’s models, Paper White and Paper Green, are actually more related to paper than glass and plastic. 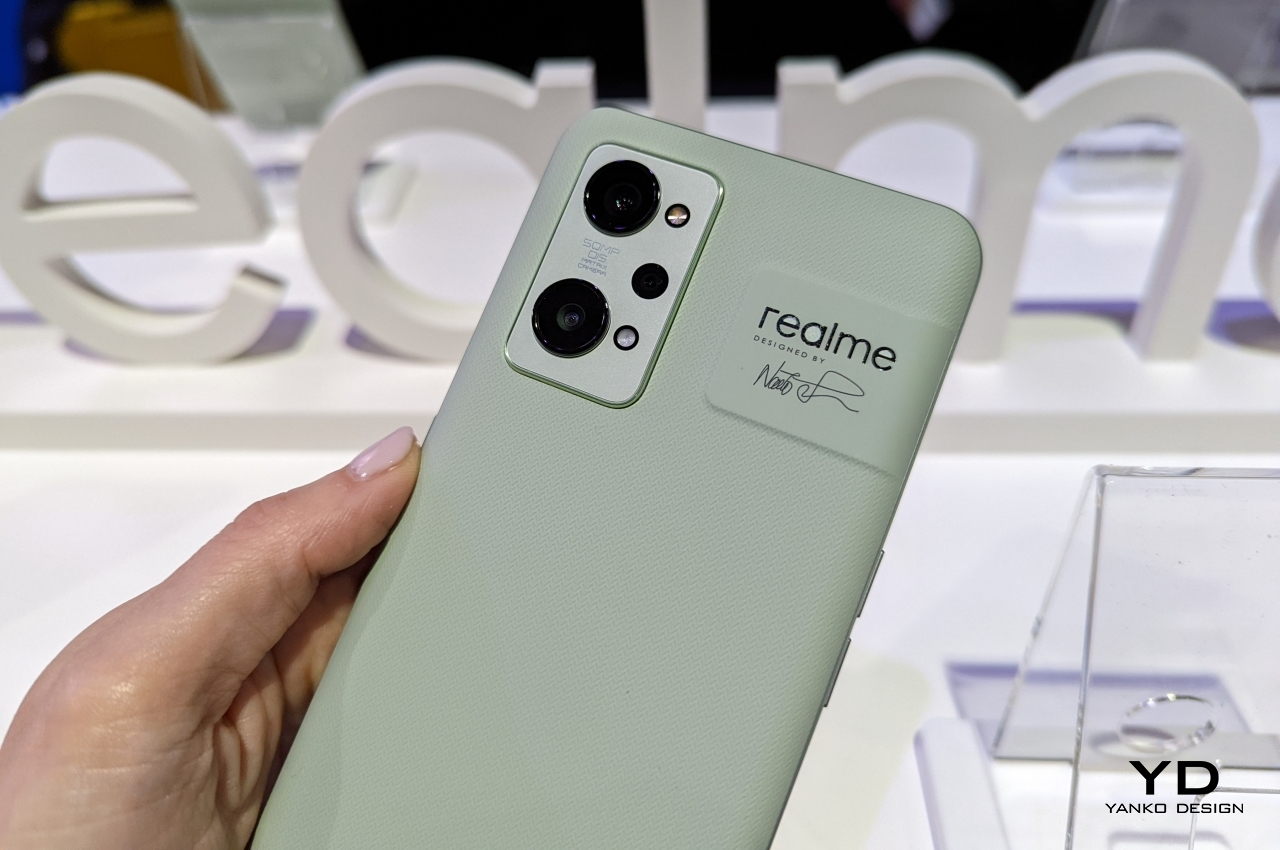 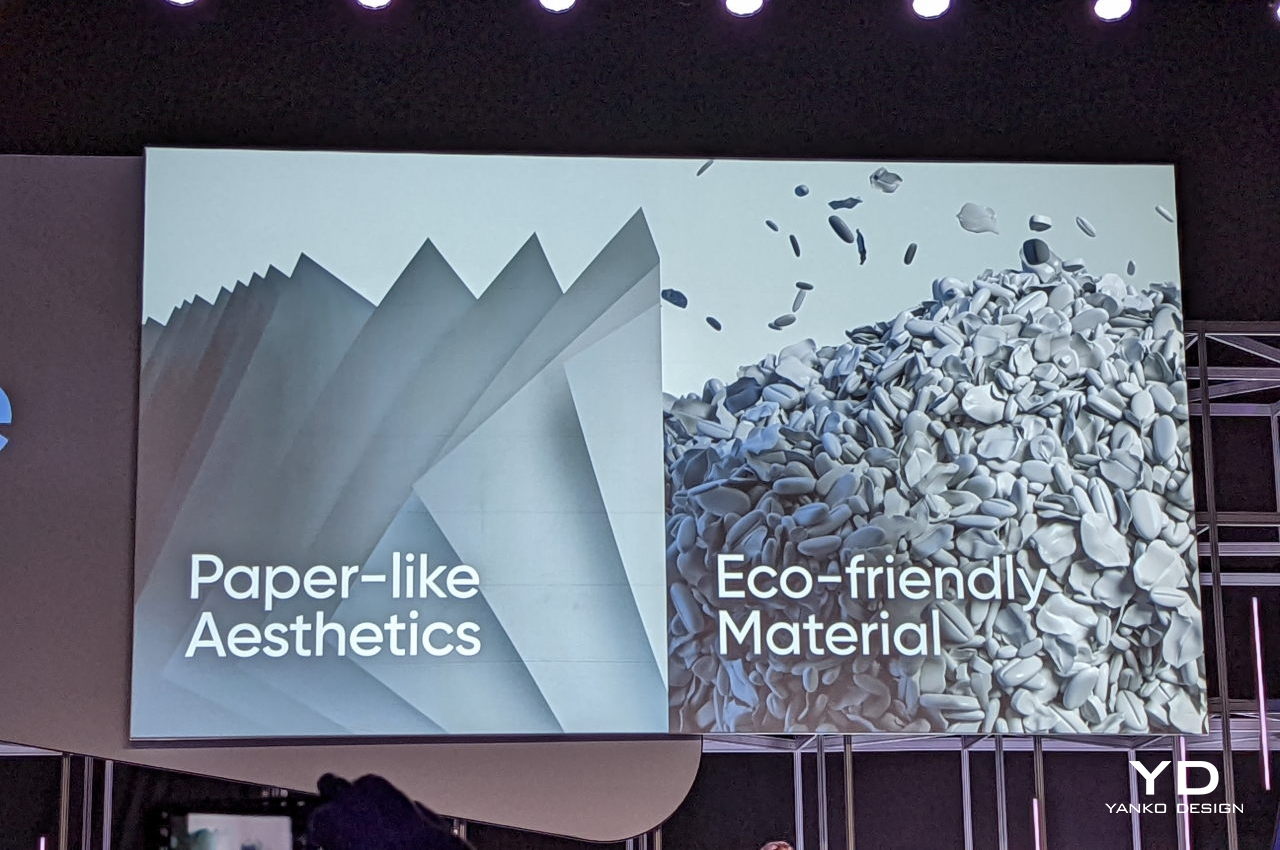 The company boasts of having the world’s first phone to use a bio-based polymer for its smartphone. Compared to others of its kind, this new material is advertised to have reduced carbon emissions by as much as 35.5% when creating the phone. In fact, the Realme GT2 Pro is boasted to have achieved TCO 9.0 Certification for its positive ecological impact. To date, only the Realme GT2 and the Fairphone 4, the most repairable phone in existence, have achieved this certification. 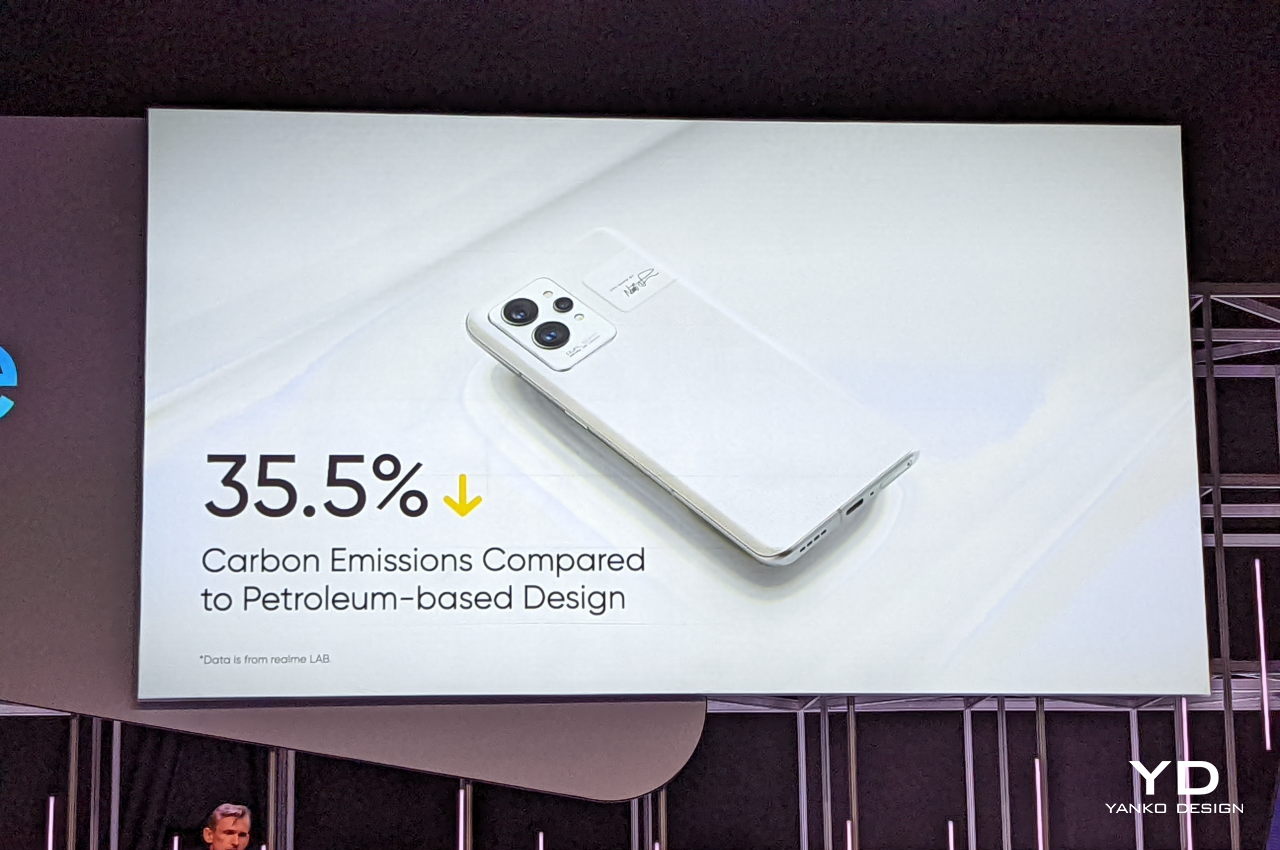 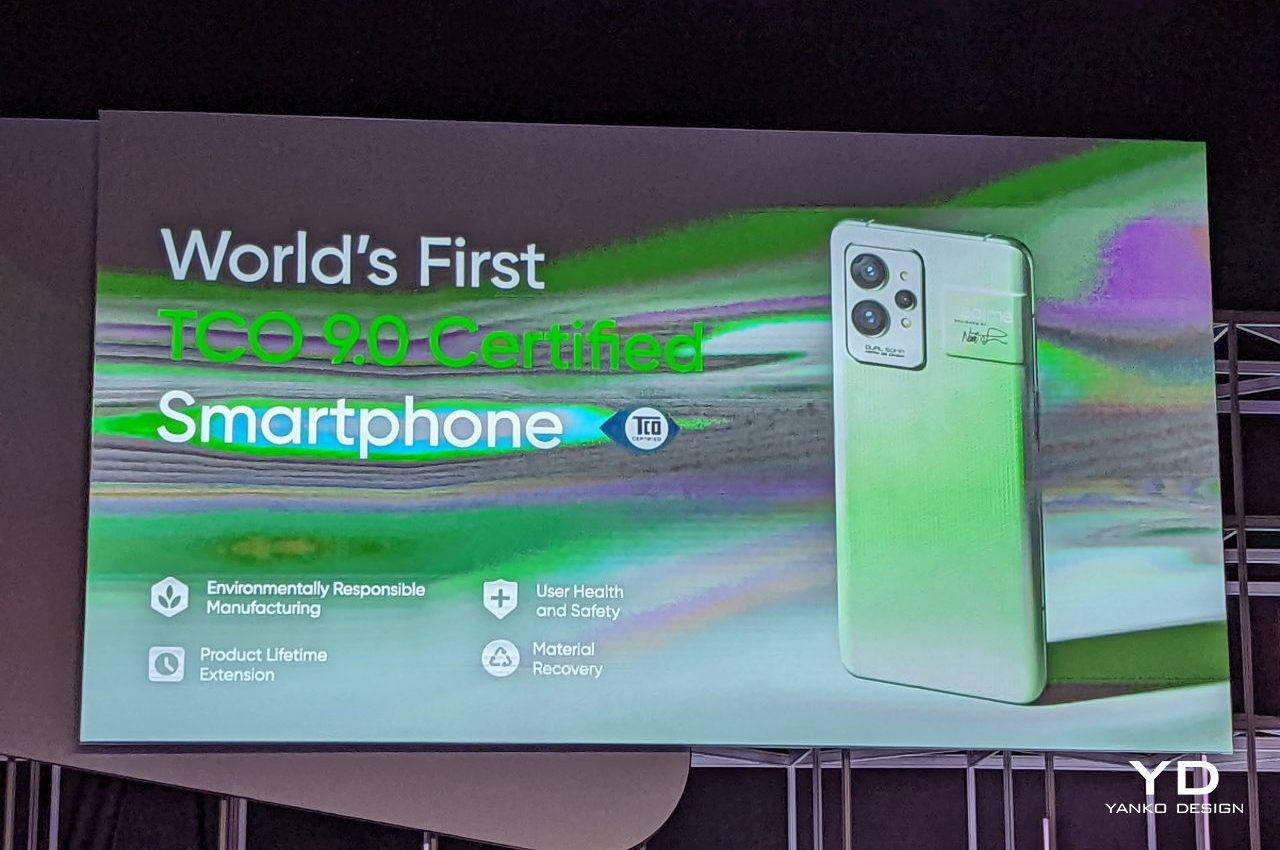 Many smartphone makers are taking steps to also reduce their negative impact on the environment. Some have started small with packaging, while others like Samsung have started to use recycled plastics in their phones. Realme is taking even bigger steps by embracing a new kind of material that, in theory, should still be as durable as regular glass and plastic. Unfortunately, not all Realme GT2 Pro models use this bio-based polymer material, which means we still have ways to go before we reach that green milestone. 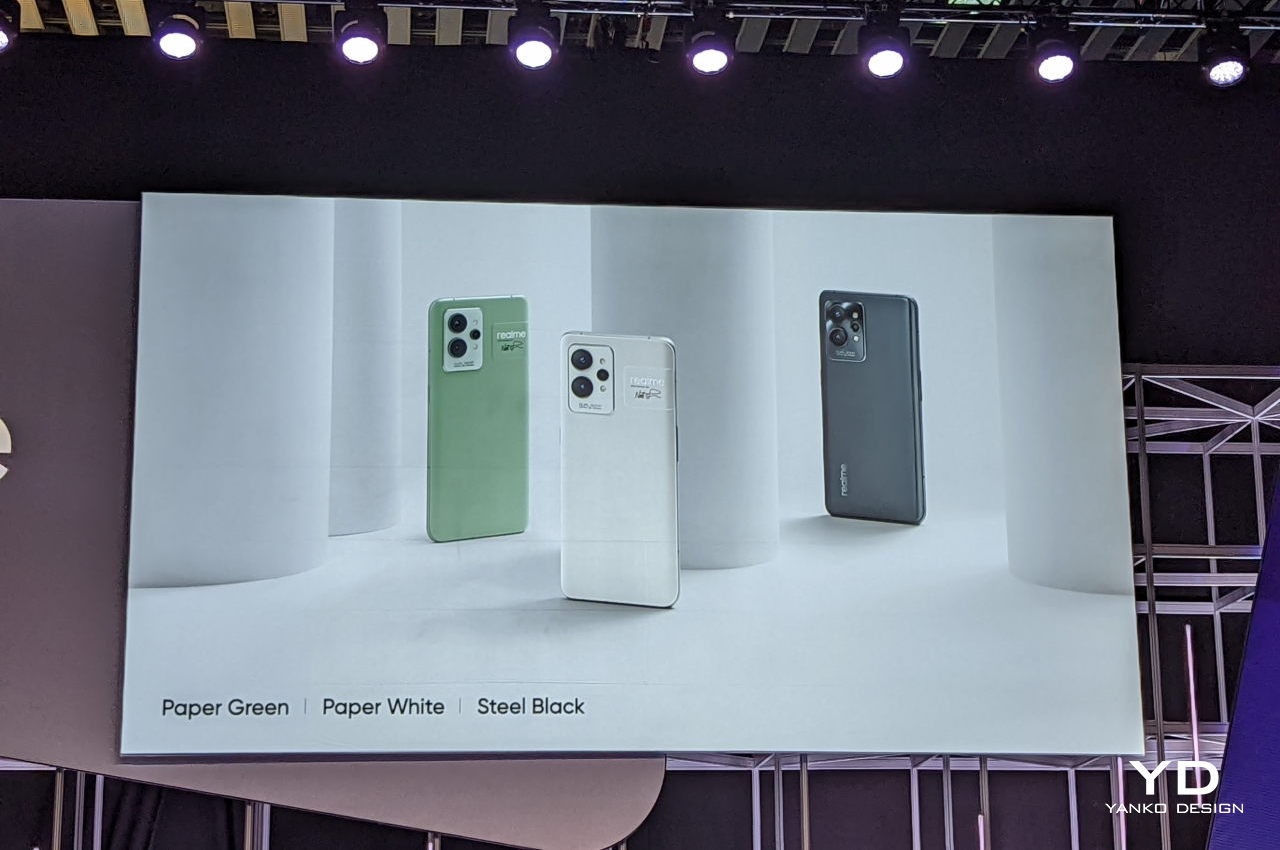 Feast for the Eyes

Almost anyone that has bought a smartphone these days has probably paid attention to the phone’s cameras. More than just trivial or whimsical features, these have become some of the most important aspects of a smartphone. Creatives and designers may have even come to depend on their phones’ cameras to quickly capture an object, an inspiration, or a fleeting idea before it escapes. 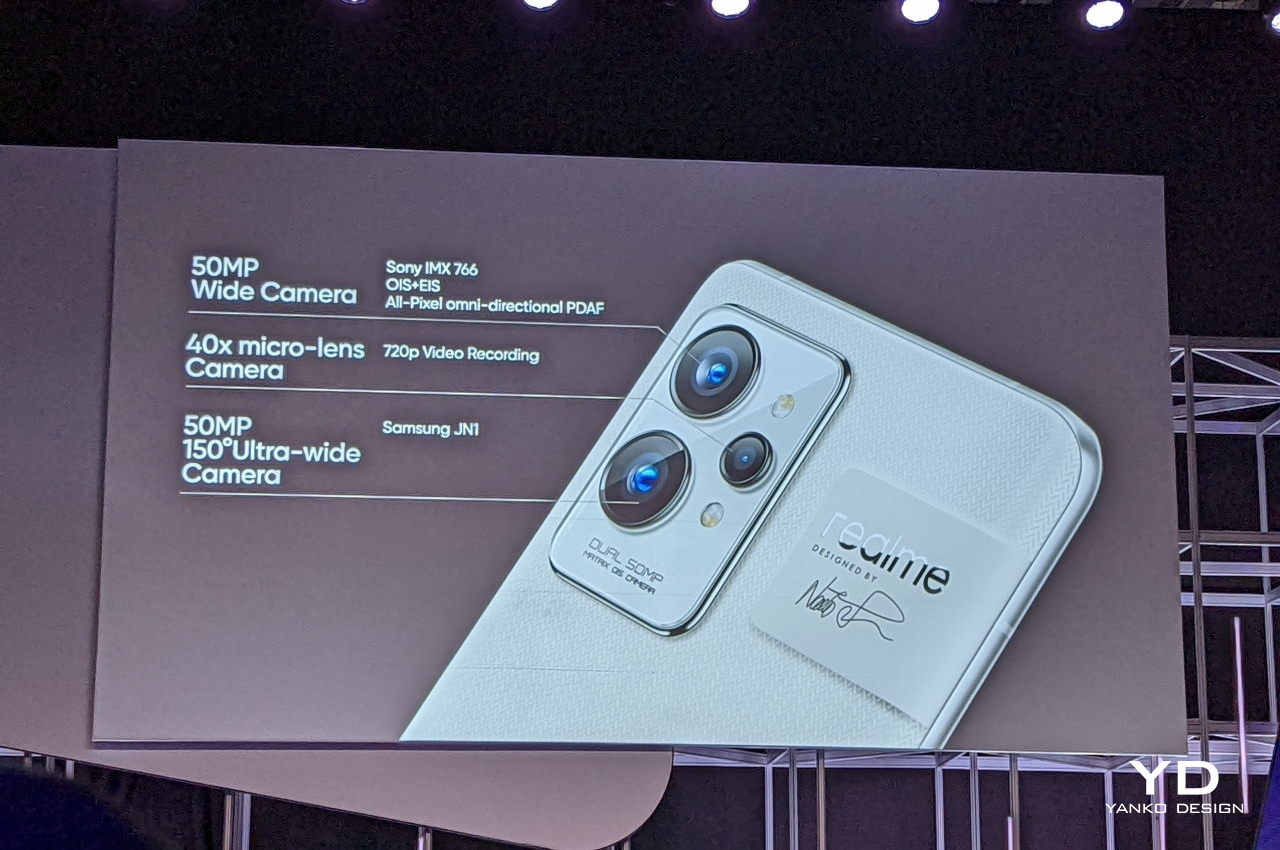 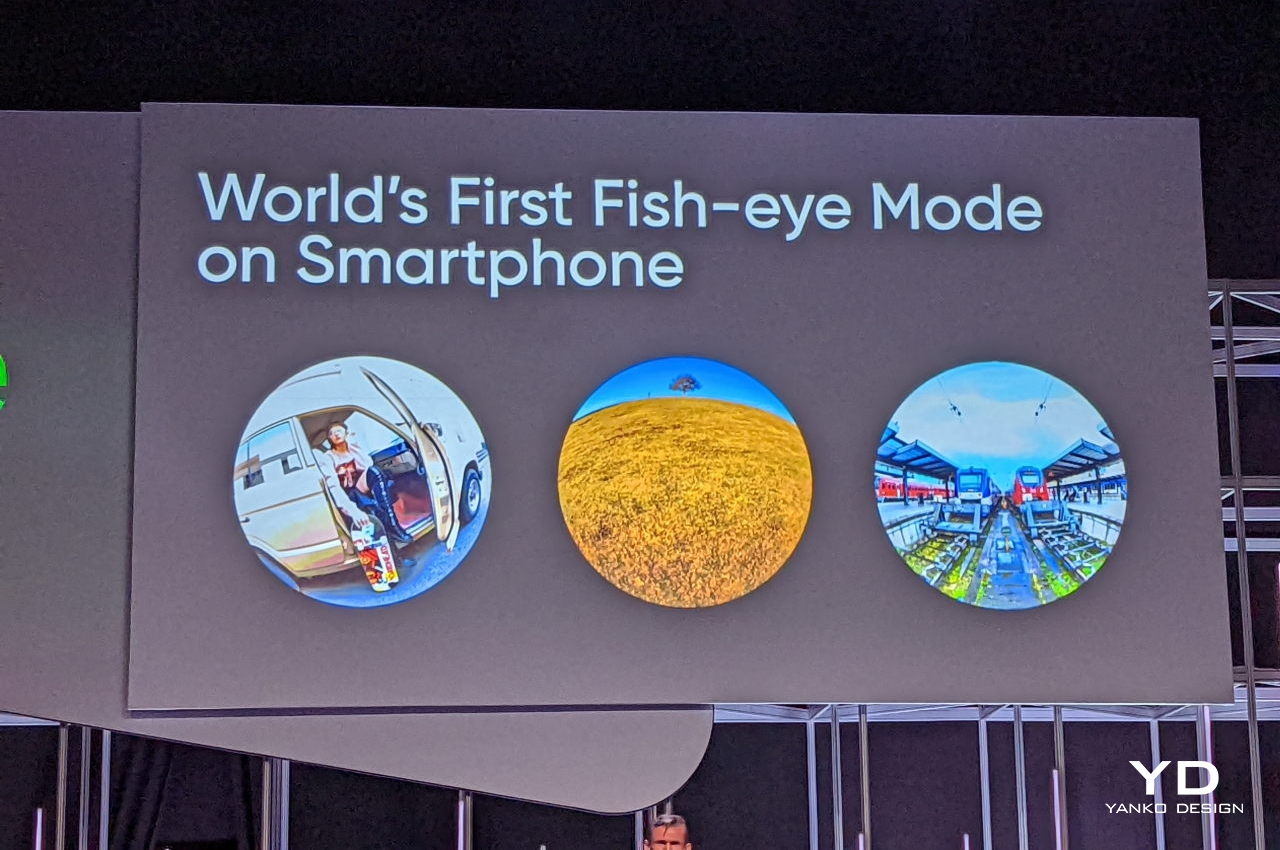 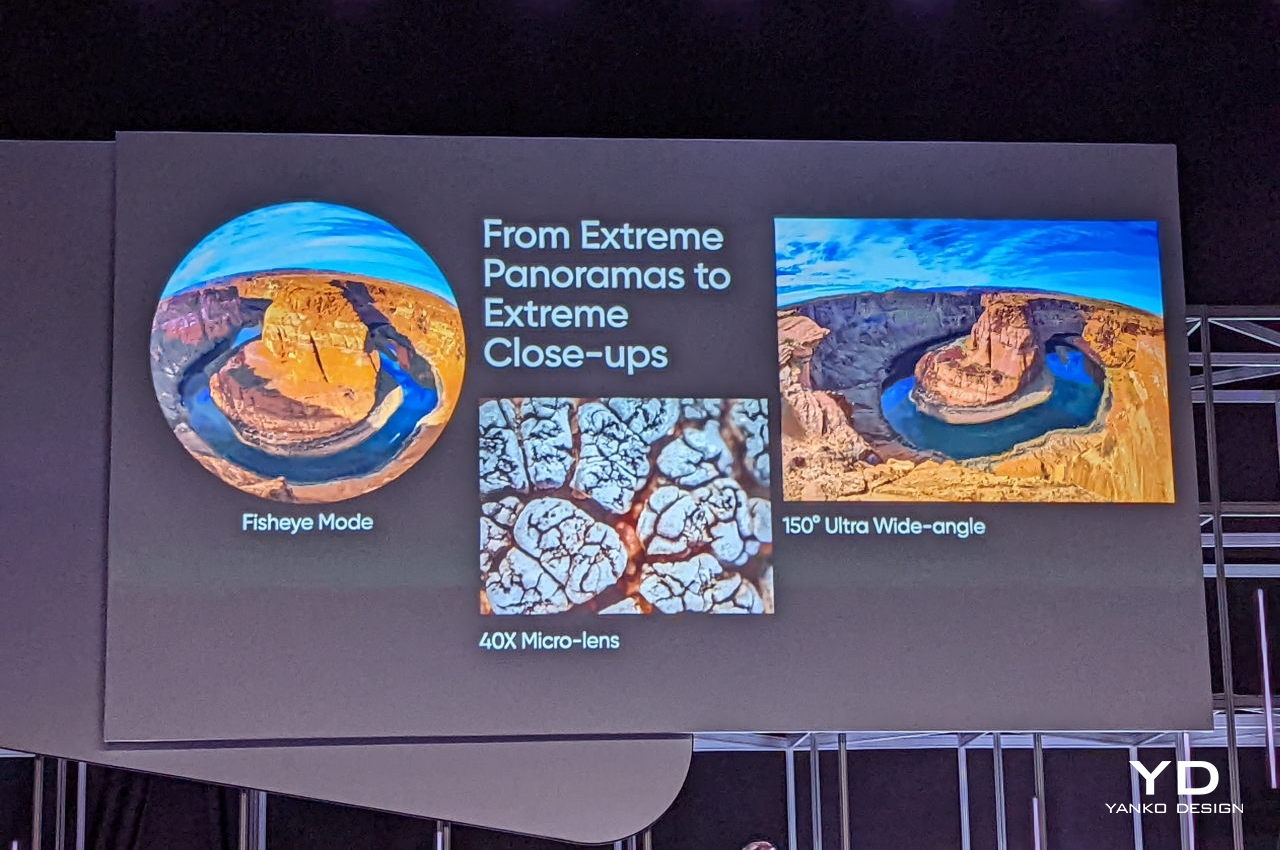 The Realme GT2 Pro definitely tries to meet the market’s demands with its three cameras, though, to be honest, it sounds like only two are really useful. The 50MP ultra-wide camera has an extreme 150-degree angle, which enables certain effects or modes that are just not possible with other ultra-wide cameras. There’s also a low-res macro camera that now boasts of a 40x magnification, which could be useful for taking close-up shots of patterns that occur in nature.

Greater Than You See 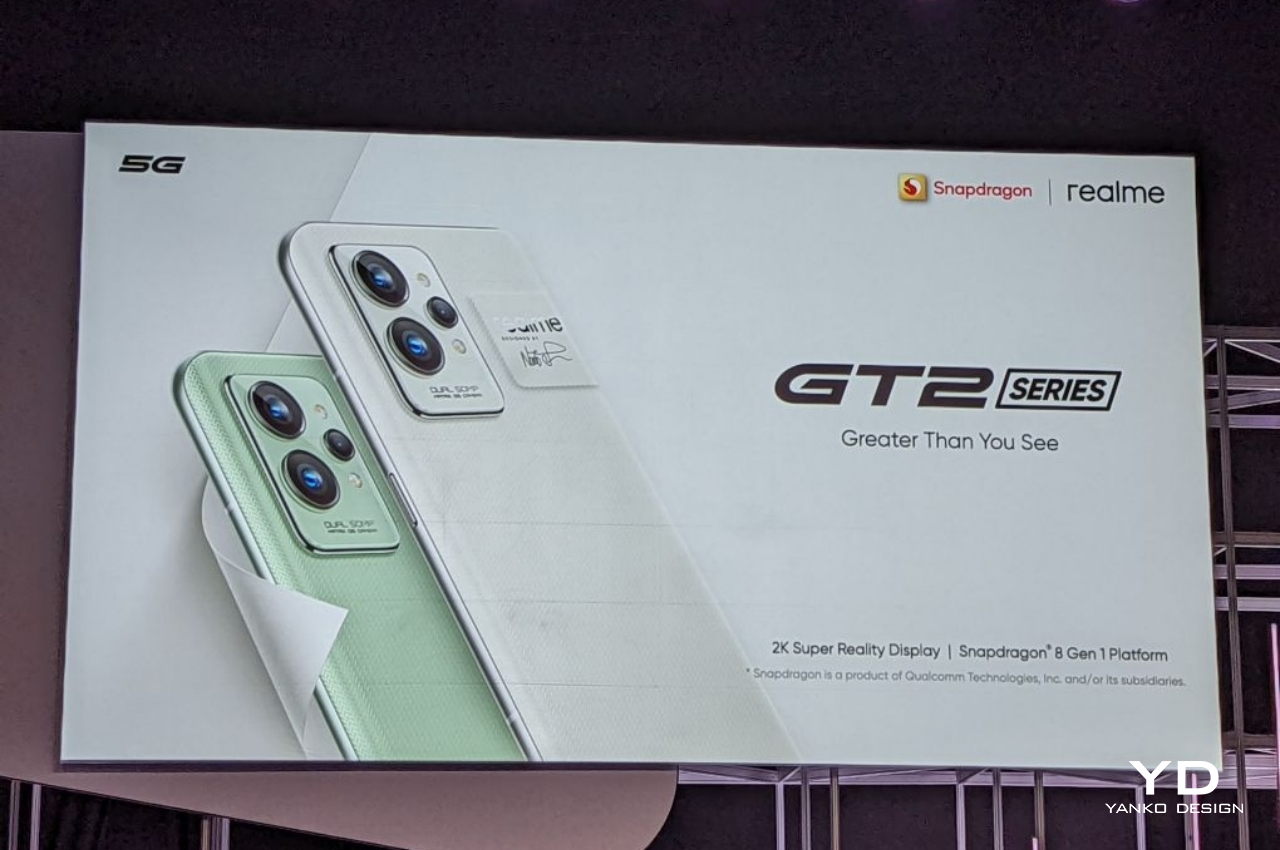 Realme’s tagline for its GT phone series suggests that there is more than meets the eye, and it definitely works in this case. At first glance, the Realme GT2 Pro might not be much of a looker, and its spec sheet doesn’t exactly stand out from the rest of the high-end premium phones so far this year. It’s only when you take a closer look and notice the minute patterns on the phone’s back and its paper-like texture that you can actually tell it’s a different breed entirely. 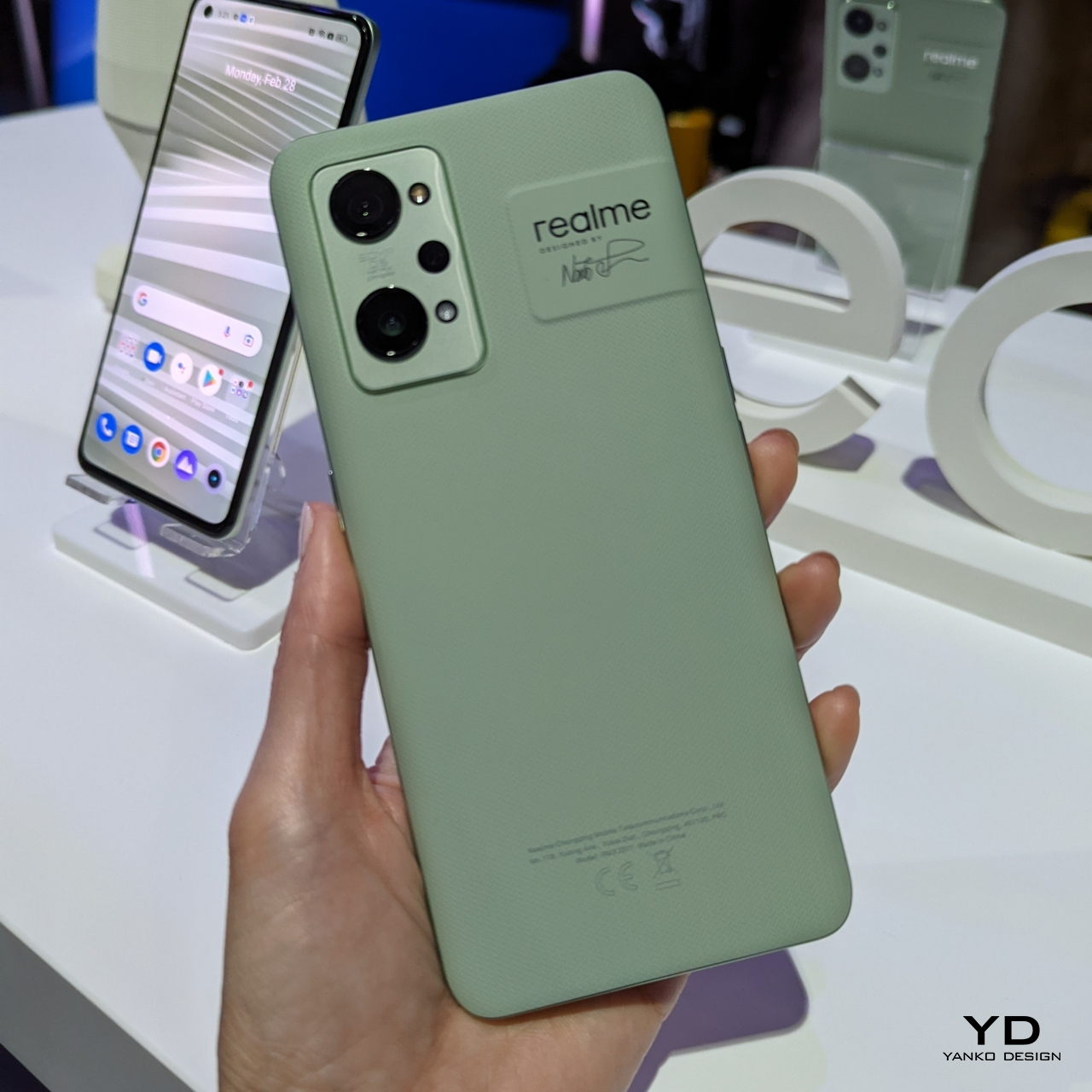 You also won’t see, outside and inside, the unstated history of the phone’s design, which is also one of the biggest achievements of the Realme GT2 series. In the grand scheme of things, its use of a bio-based polymer material might seem small and almost insignificant, especially considering the ratio of other phones to these new models, but the first small step is often also the hardest. Hopefully, Realme will find much support, especially in sales numbers, for its daring innovation to encourage it to take the next steps towards that Green goal. 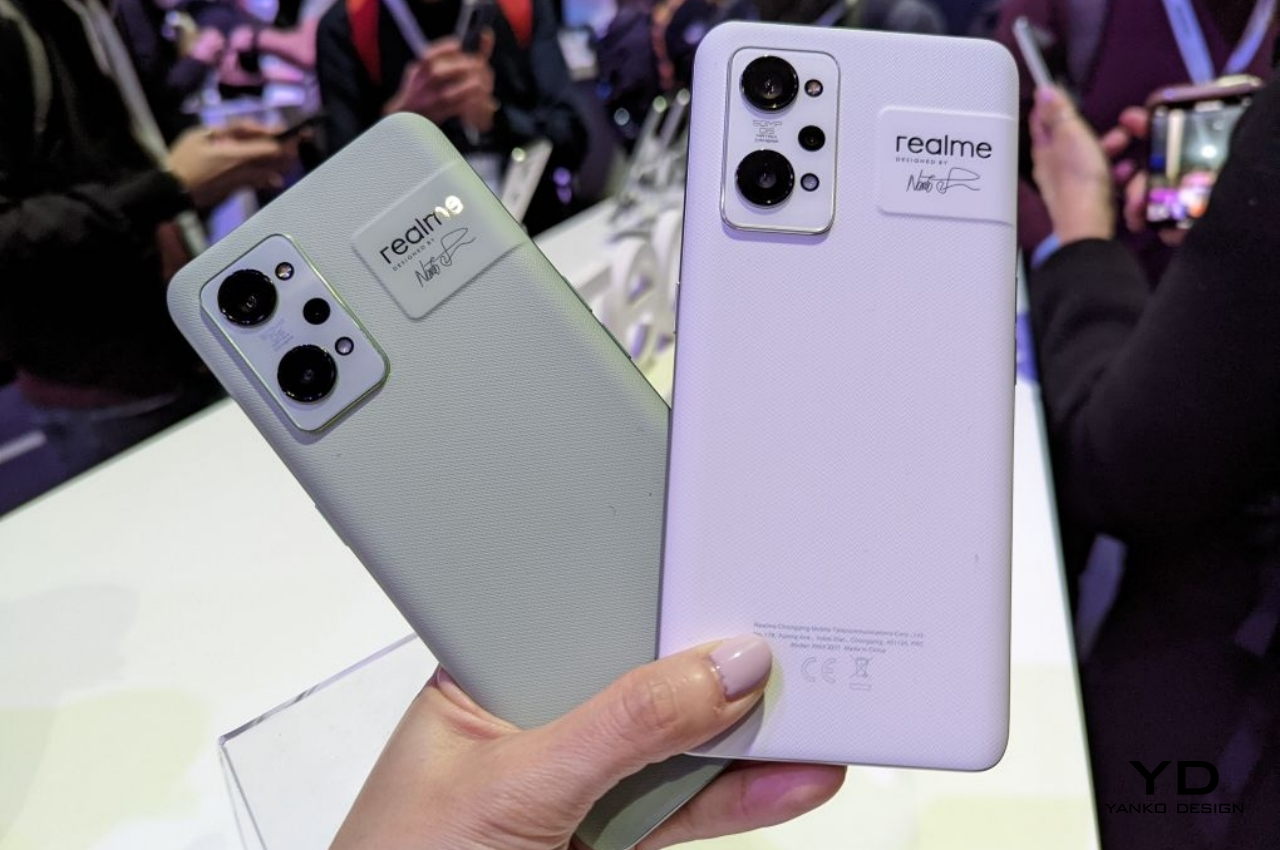 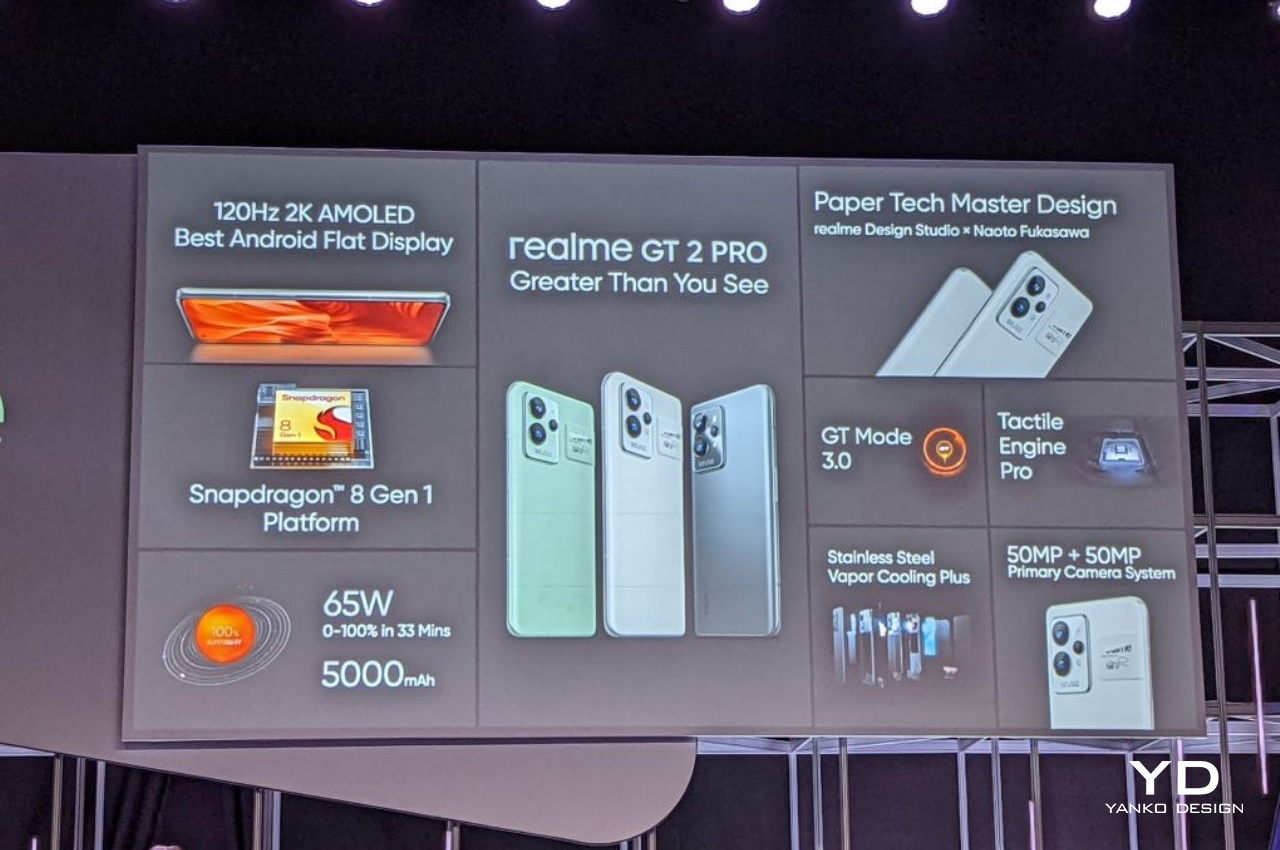 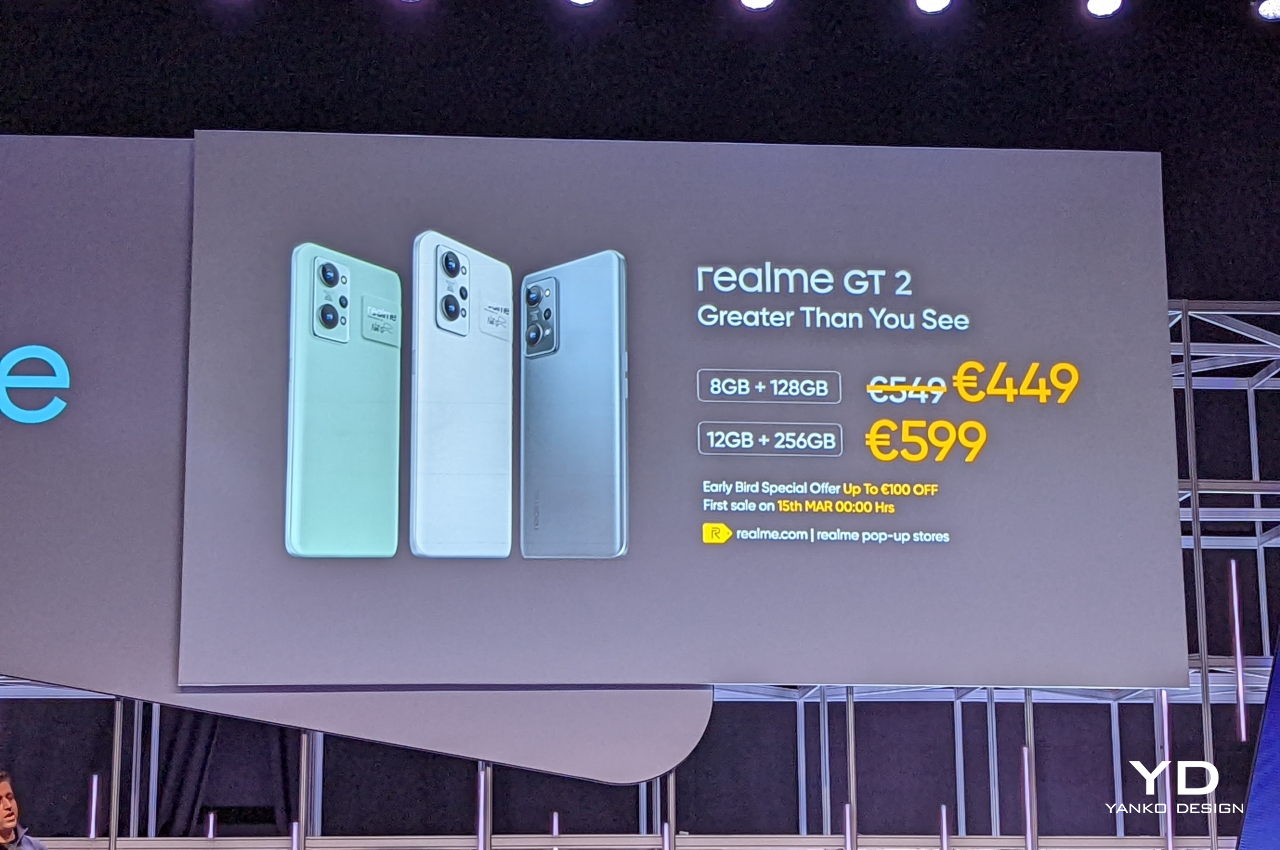 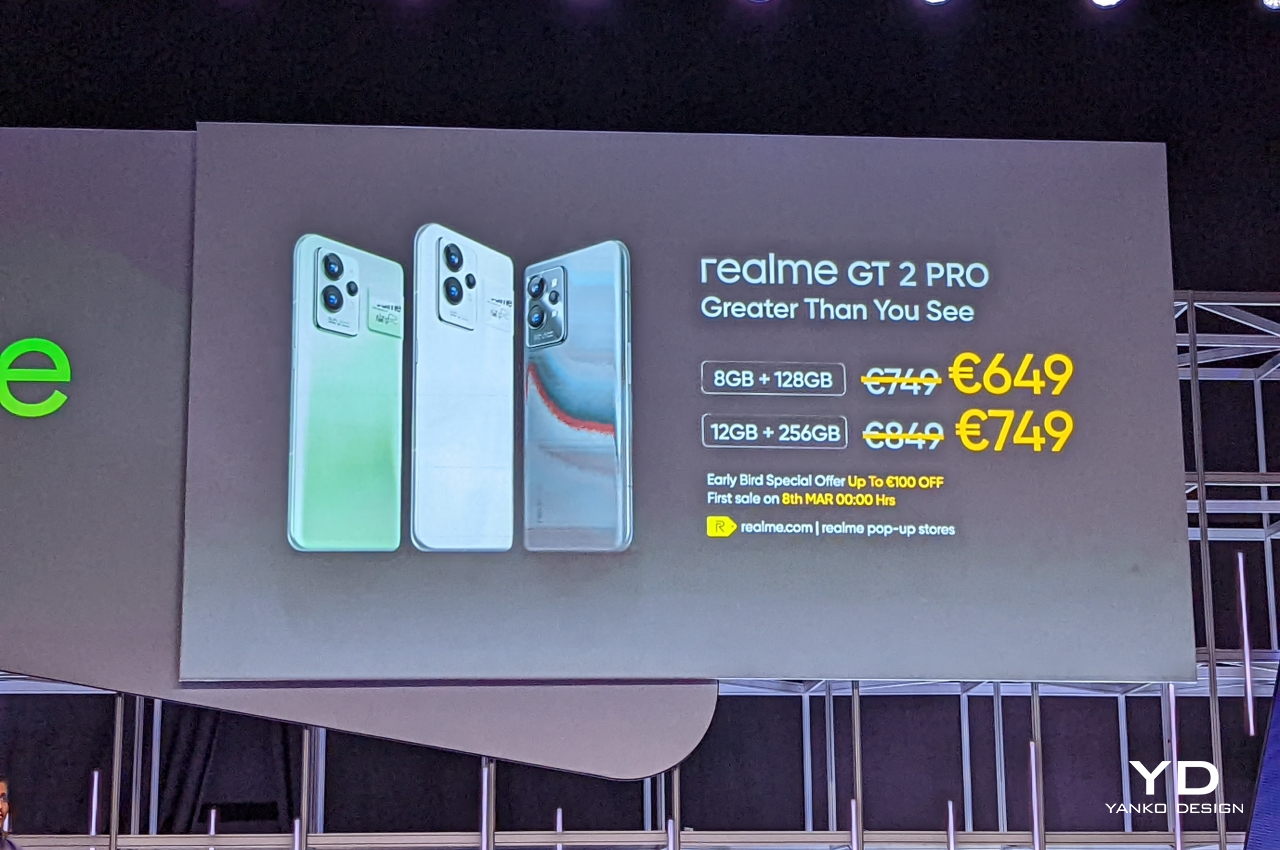 A little less than two and a half million cups of coffee are consumed every day. Just by that statistic, we generate 34 million kilograms…

The OLKA collection of mobile accessories aim to add a little extra oomph to your charging, cable, and smartphone case needs! Designed to be intuitive…

Is there something more comforting about holding a phone in your hand that feels and looks curvy? Perhaps yes, and this is why phones like…

Split Bamboo is probably one of the most sustainable products we’ve seen in awhile. The entire manufacturing process consists of harvesting and scoring the ends…