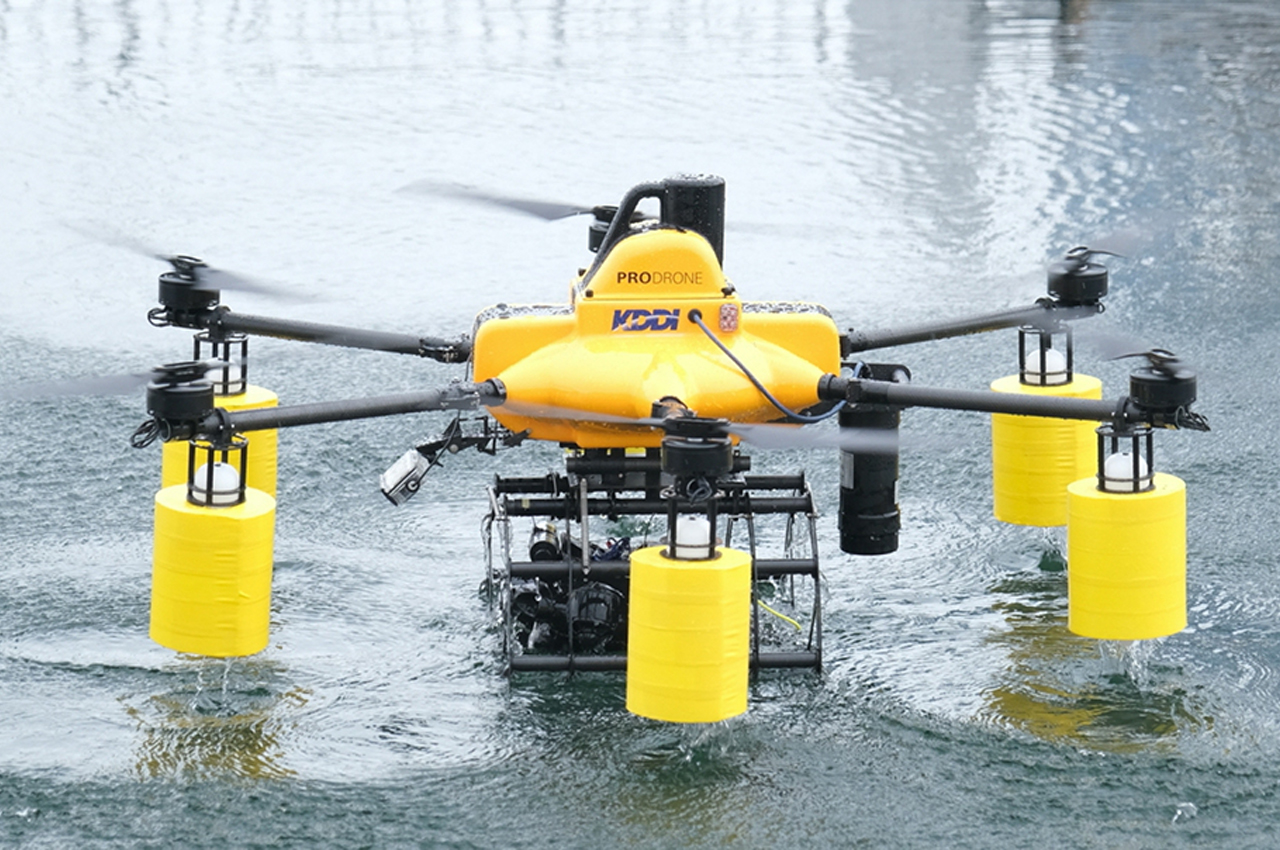 The Sea-Air Integrated Drone is the first drone of its kind to be able to fly in the air and swim underwater to perform various and complex tasks, leading a new path toward sustainable ocean economies and carbon neutrality.

Underwater robotics firm QYSEA recently teamed up with Japanese telecommunications operator KDDI to develop the world’s first sea-air integrated, remote-control-operated drone, which was constructed by the commercial drone manufacturer PRODRONE. The Sea-Air Integrated Drone was first unveiled during a flight showcase at the Hakkeijima Sea Paradise in Yokohama. With sights set on modernizing “offshore and marine operations with its intelligent capabilities, high working efficiency, and minimized manpower required,” the drone will be the first of its kind to fly in the air and swim underwater. 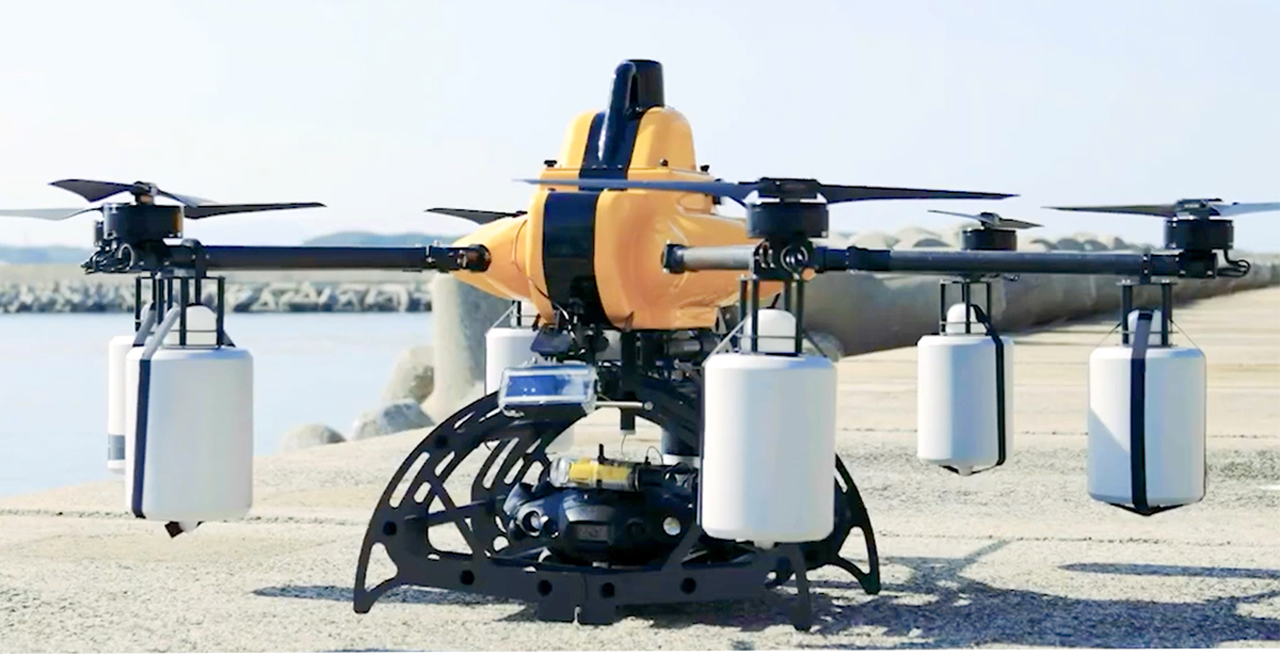 Known for an impressive catalog of underwater robotics and marine technology, QYSEA implemented the use of their industrial-class FIFISH PRO V6 PLUS ROV into the build of the heavy-duty aerial drone. Six years prior to its conception, KDDI first began “[combining] advanced mobile communication networks with drone technologies that would deliver extended flying distances and lengths.” Since then, KDDI and QYSEA have worked together to develop seamless drone operations between air and sea.

Defined by KDDI’s long-range mobile communication technology, operators can control the drone via remote from long distance ranges, whether the drone has submerged underwater or taken flight. Once the drone has landed in its designated location, the FIFISH ROV detaches and deploys to get to work, allowing the operator to remotely control the drone with the ROV from a safe distance. Describing the drone’s remote-controlled operations, the team at QYSEA notes,

“Without the need to leave their onshore working location, the operator can deliver inspections with real-time visual feedback and operate through underwater environments with a variety of sampling, measurement, and manipulation tools, as well as be able to live-stream operations for multi-person collaborations.” 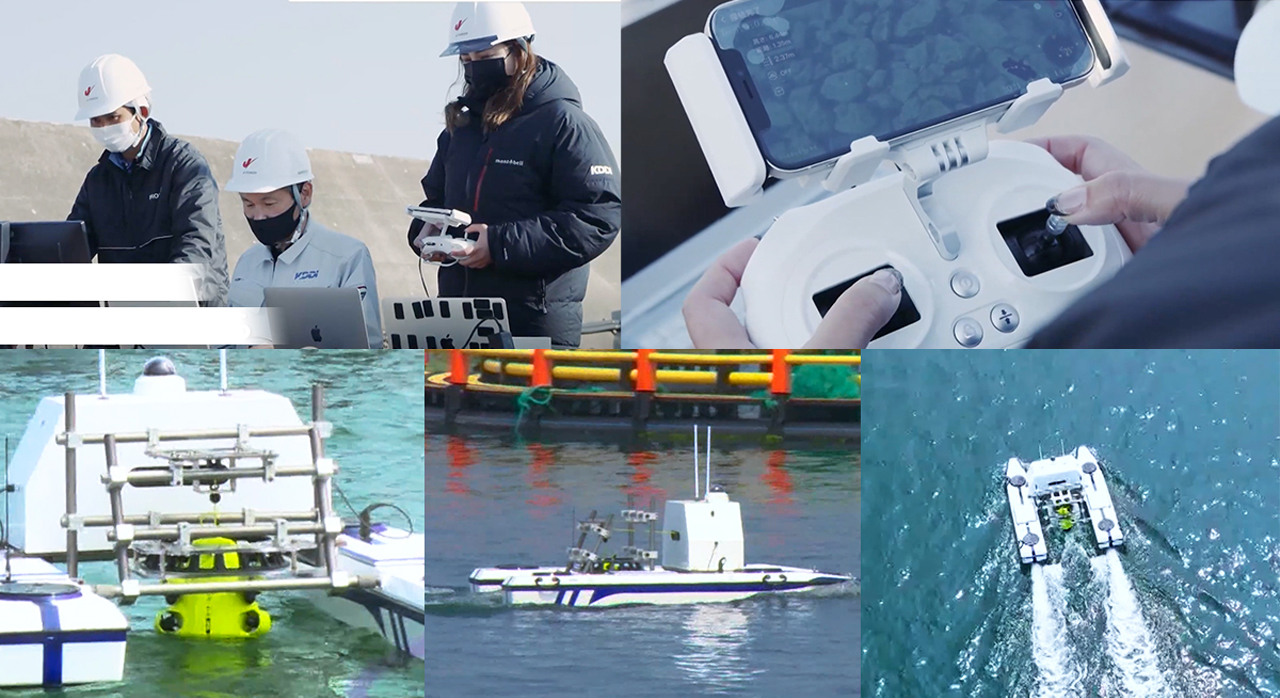 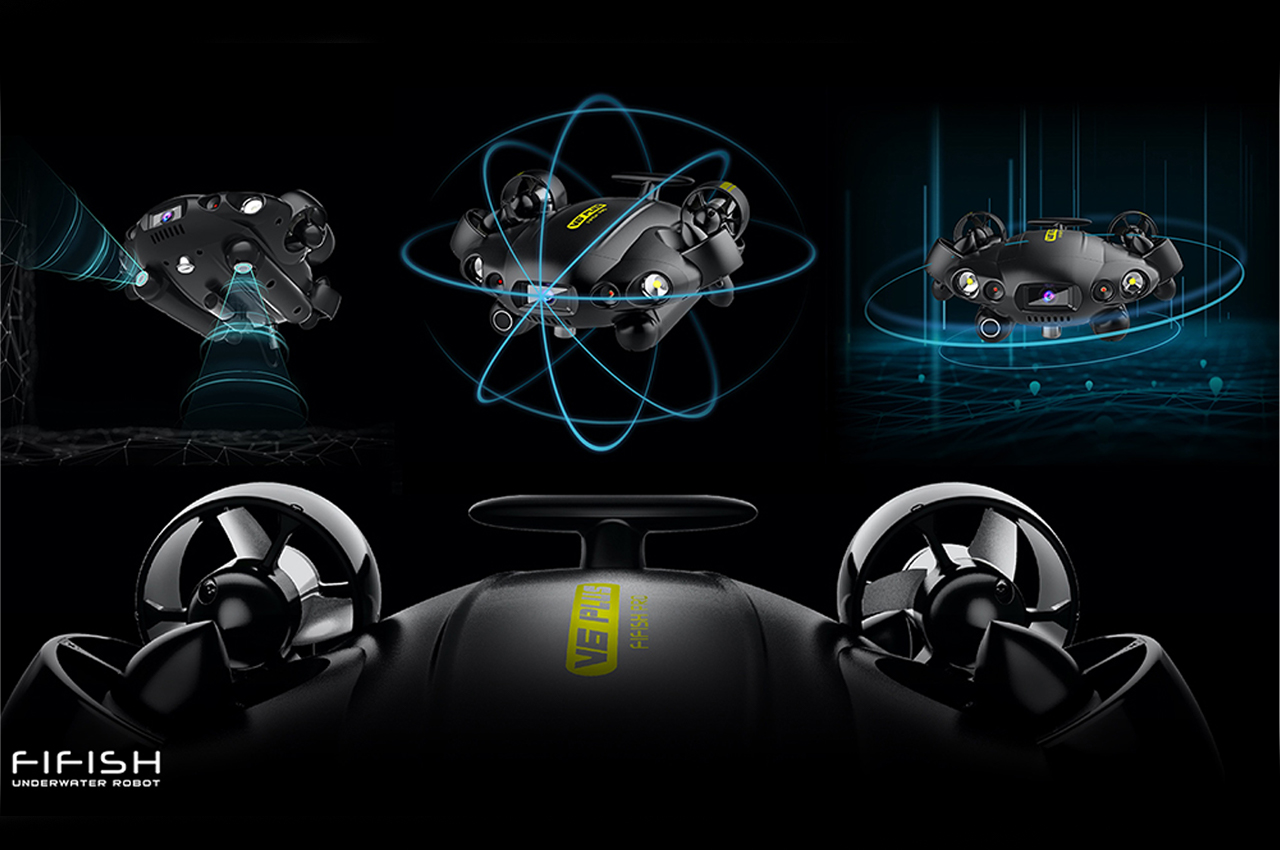 In addition to the variety of operations the drone can manage, the Sea-Air Integrated Drone has shown its competency across additional marine-based industries. In offshore wind power plants, the drone can perform complex maintenance tasks. 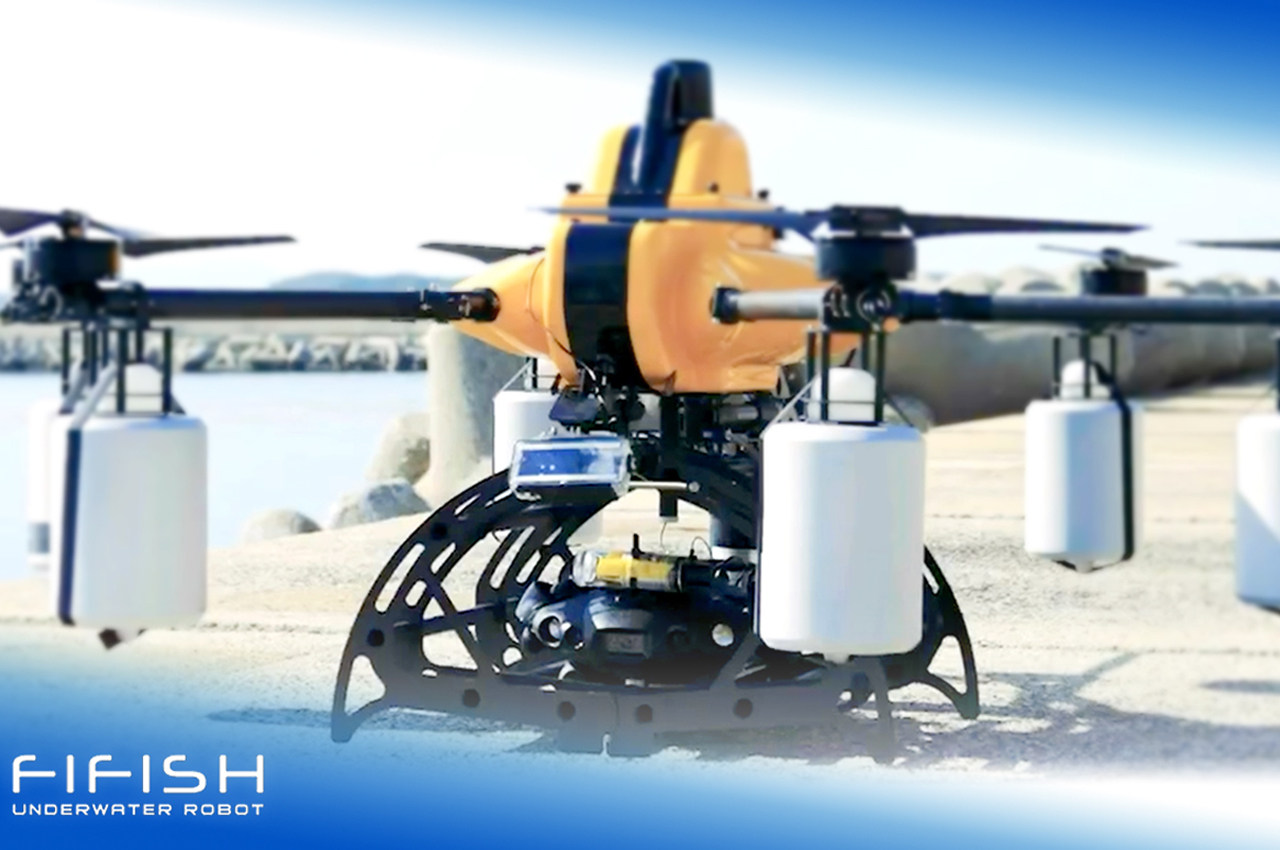 In the world of aquaculture, the Sea-Air Integrated Drone can fly out to monitor livestock and crops, in addition to regular maintenance tasks. With further information to be released in early 2022, the Sea-Air Integrated Drone is sure to lead a new path toward the development of a sustainable ocean economy and the global goal of carbon neutrality. 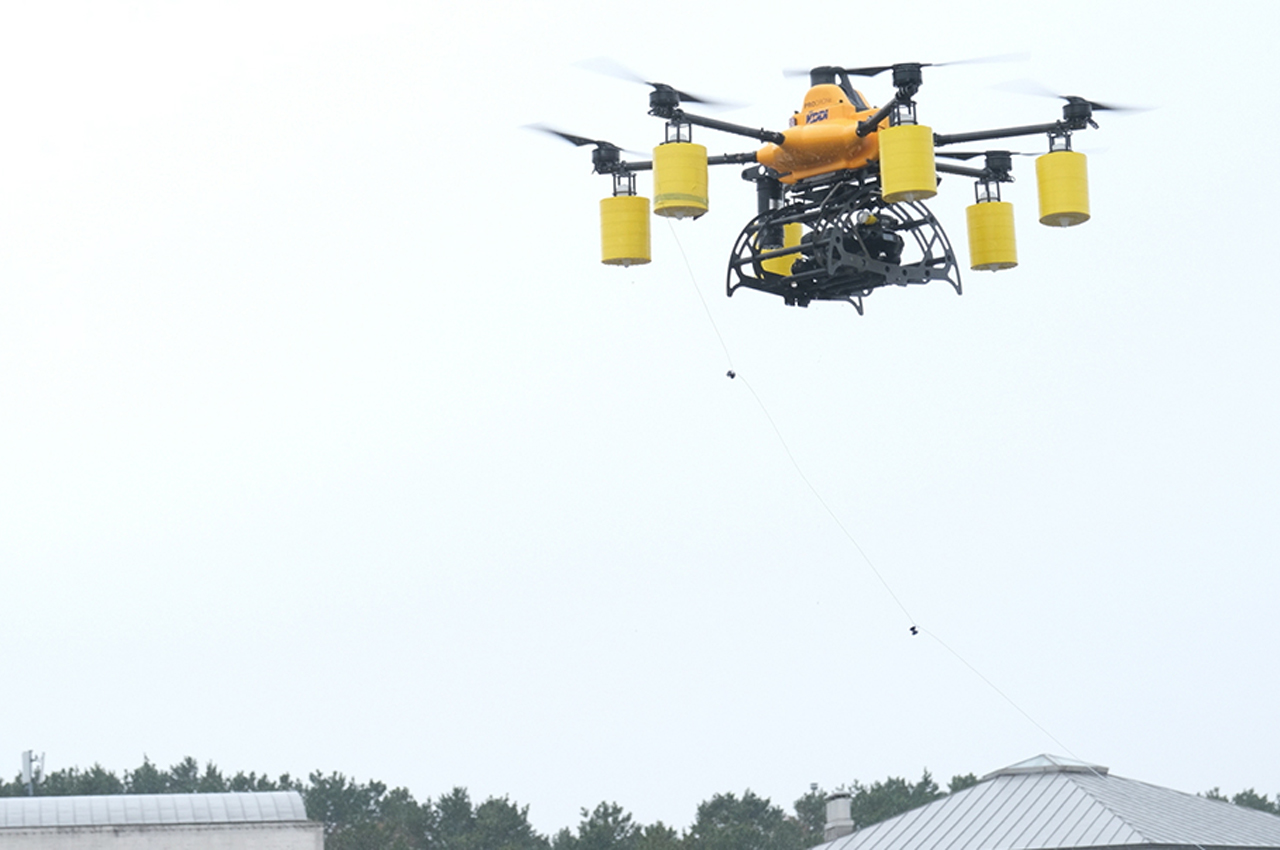 Switch The Shampoo To Get A Radio

Video killed the radio star, but I think digital players did more damage. Call me old fashioned if you like, but I still prefer the…

A Clock with Interstellar Inspiration

As you might’ve guessed from the name, the designers looked to the heavens for inspiration when designing the Orbita clock. It only makes sense considering…

https://www.kickstarter.com/projects/switchbot/switchbot-curtain-make-your-curtains-smart-in-seconds It’s rare to come across a good idea that no one’s thought of yet… that’s simple, sensible, and most importantly, feasible. The SwitchBot appeared…

Here’s proof that tech wearables can be smaller, better, and more fashionable

https://www.kickstarter.com/projects/circular-ring/circulartm-smart-ring-sleep-energy-performance-evolved A great way to design useful products is to cut the fluff by removing items that aren’t completely essential to the product experience. In…