It’s time to ditch the automotive clay. A 3D pen works out to be a much cheaper, easier, and more effective way to build out prototypes. A designer/YouTuber by the name of Sanago shows how versatile a 3D pen can be when you want to rapidly build designs from scratch.

Earlier last year, we watched as Sanago built a functioning motorized scale-down model of the Red Light Green Light Doll from Squid Game. With the Porsche Taycan, however, Sanago is demonstrating how the 3D pen is more than just a mere recreational hobbyist device… it has serious potential to be integrated into a designer’s ideation and testing arsenal.

In the video above (and the images below), Sanago covers the prototype-building journey, sketching directly over printed schematics of the Porsche Taycan and building a rough skeleton before ‘filling’ the surfaces in. The process doesn’t purely rely on a 3D pen, however, the pen acts as a primary building device, following which Sanago smoothens the surfaces using heat, sanding bits, and car primer. Once built, the outer body gets treatment with headlights, taillights, a coat of paint, and branding on the front and back. Finally, the car is mounted on an RC platform and taken for a spin outdoors!

If you’re interested in buying a 3D pen, you can find one here. 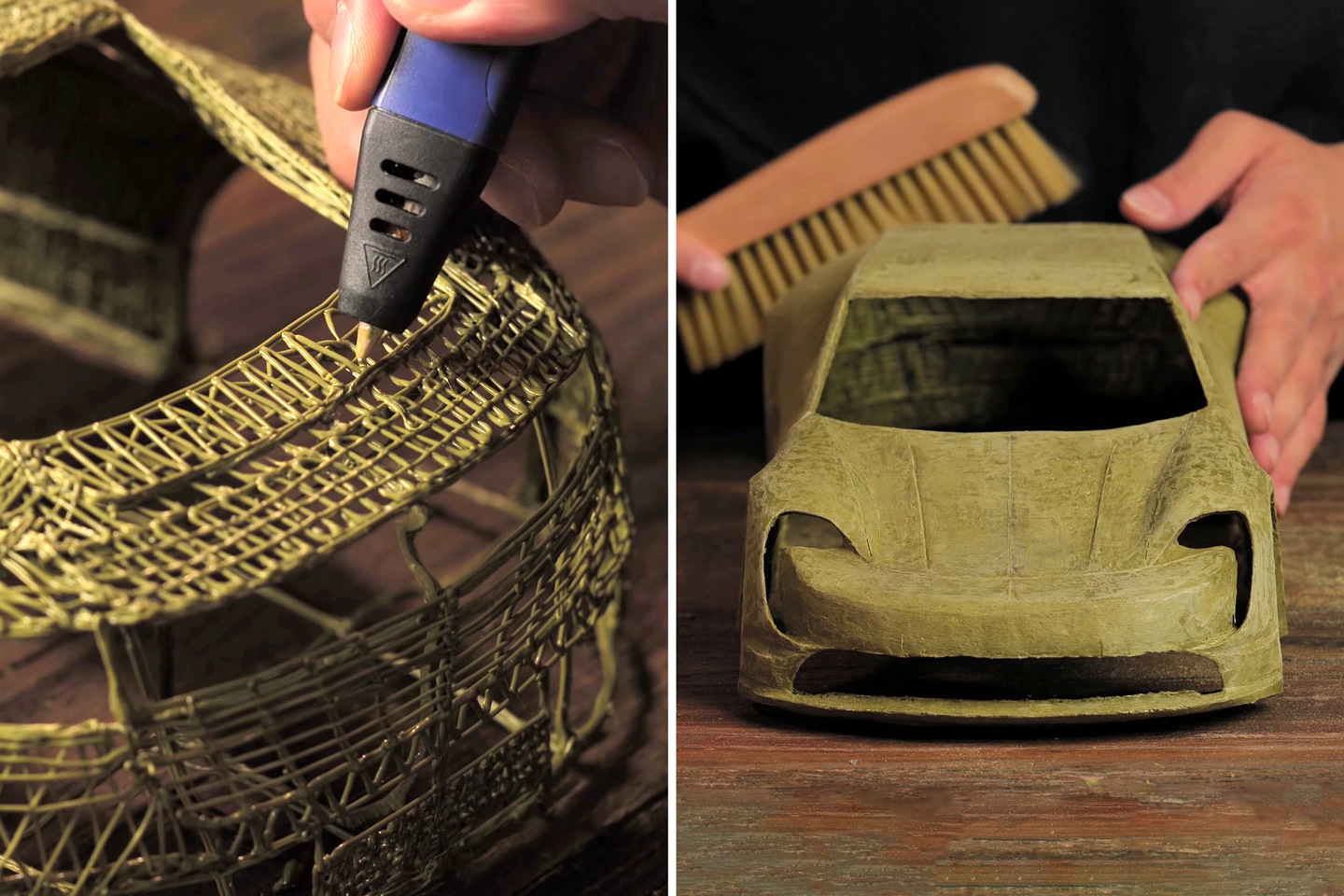 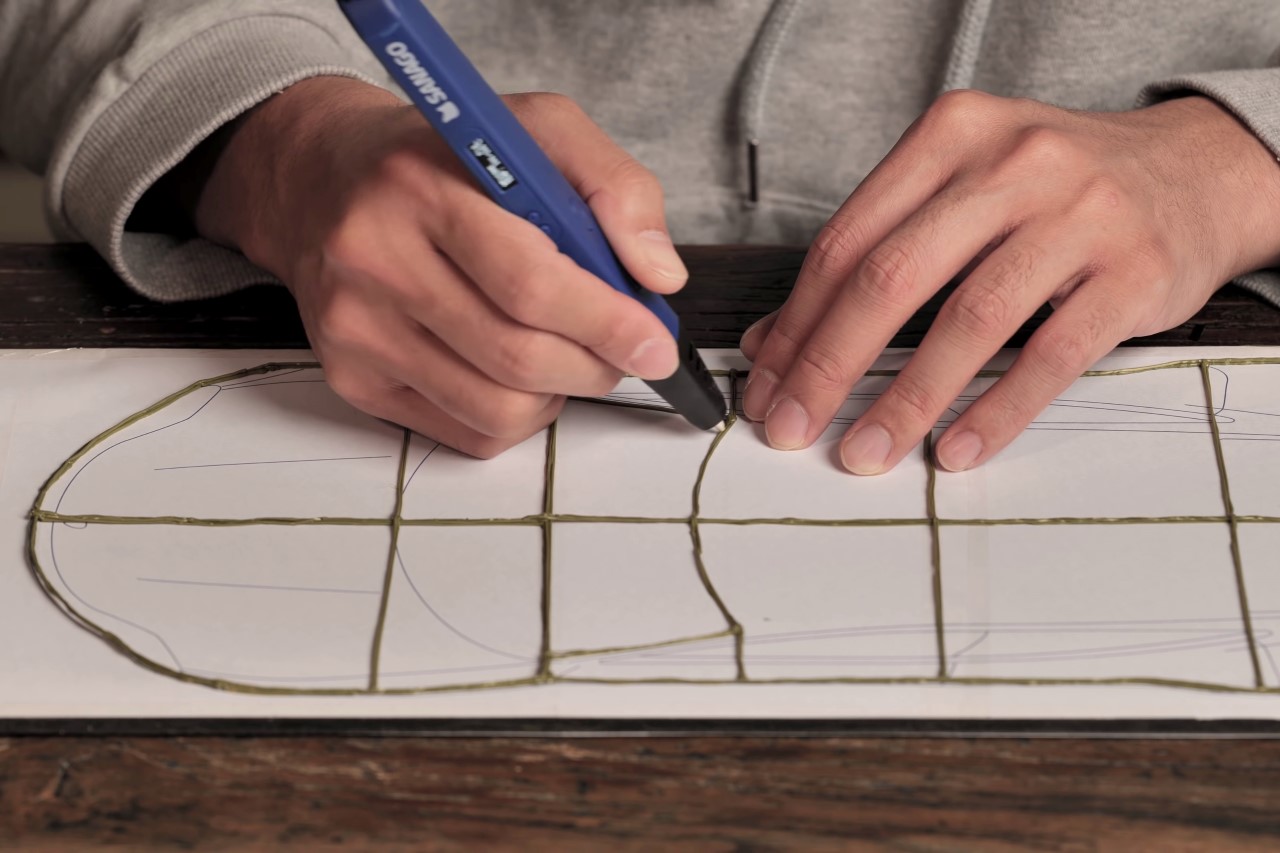 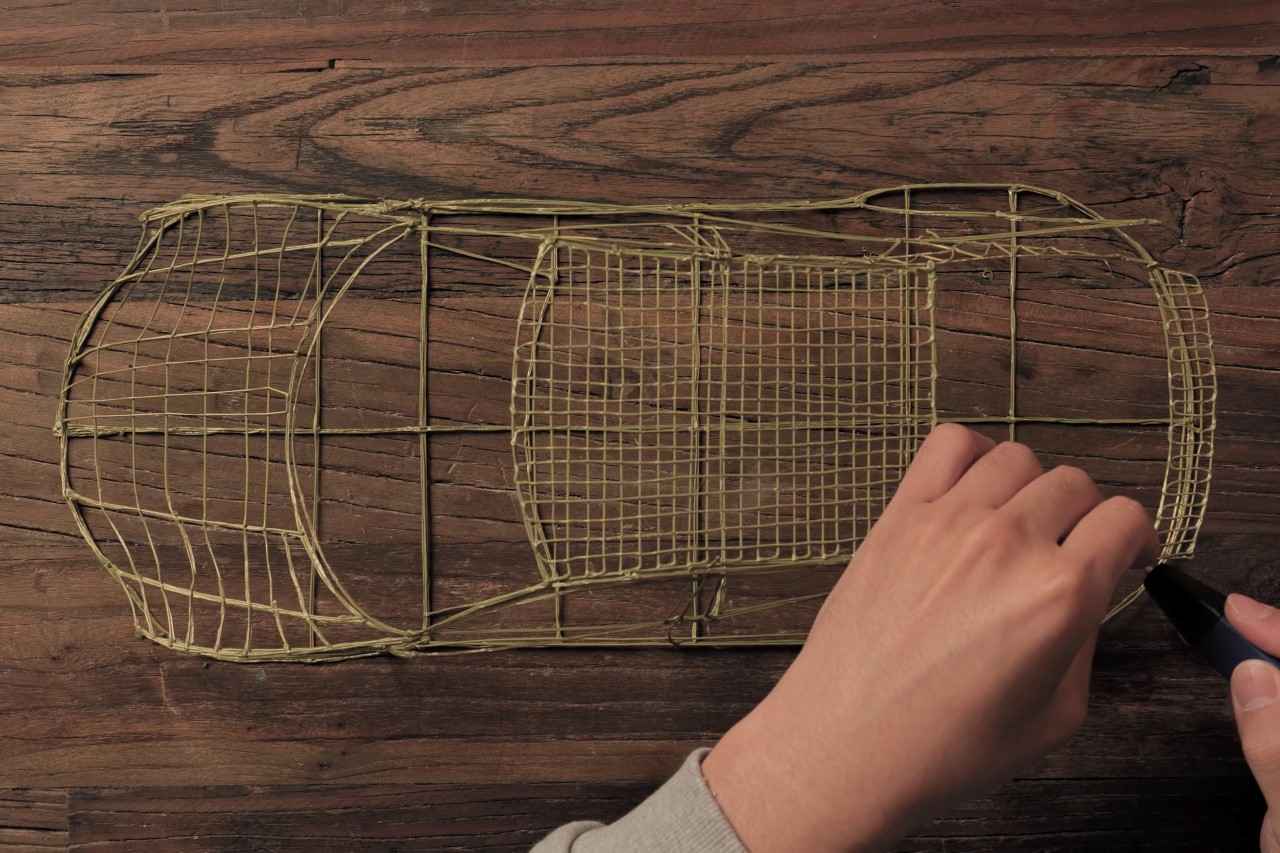 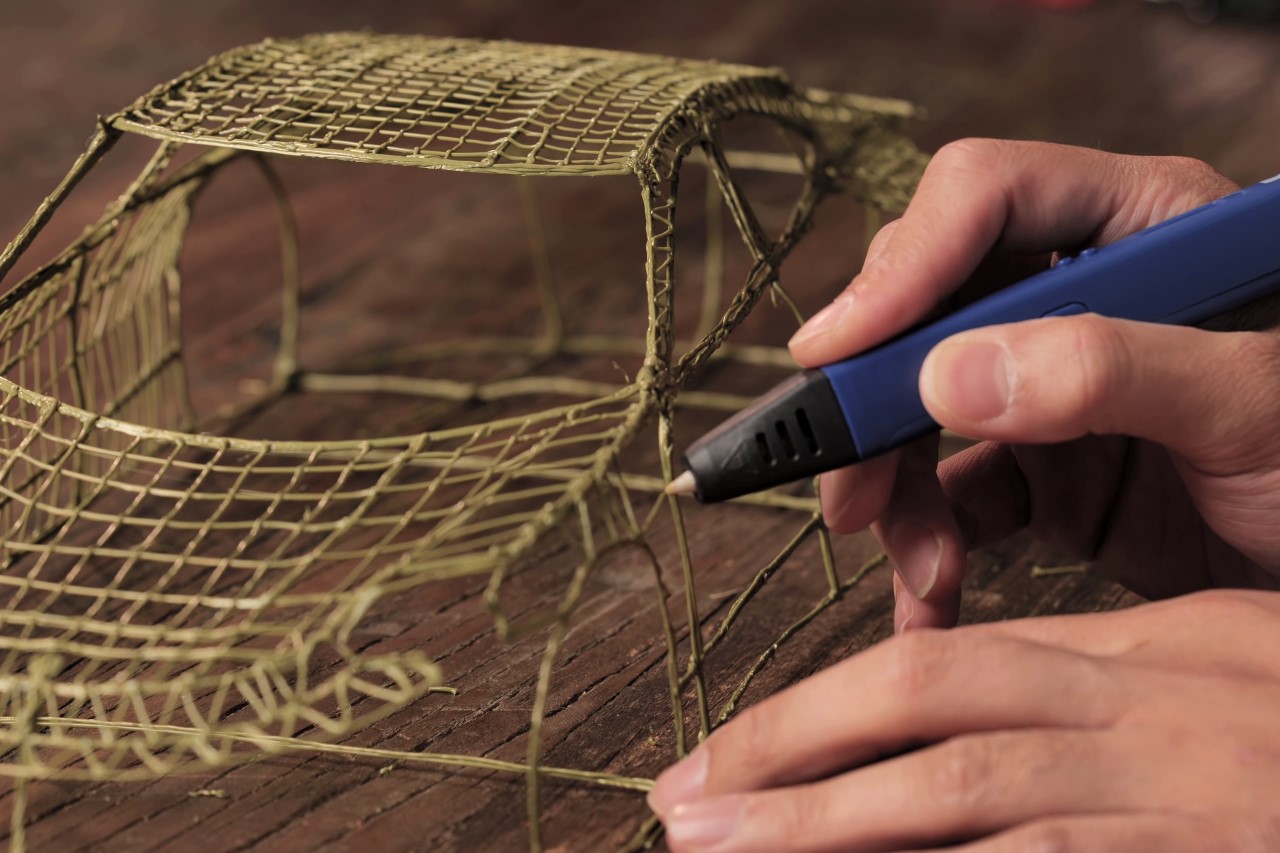 The 3D pen is used almost like a real pen would be for sketching. First the outlines of the Porsche Taycan are defined, following which the surfaces are ‘cross-hatched’ in. Sanago (who even sells his own 3D pens commercially) makes sure there are absolutely no holes or blank spots in the build. The benefit of using a 3D pen over a 3D printer is the ability to undo mistakes simply by cutting/sanding your mistakes out and rebuilding the parts again correctly. 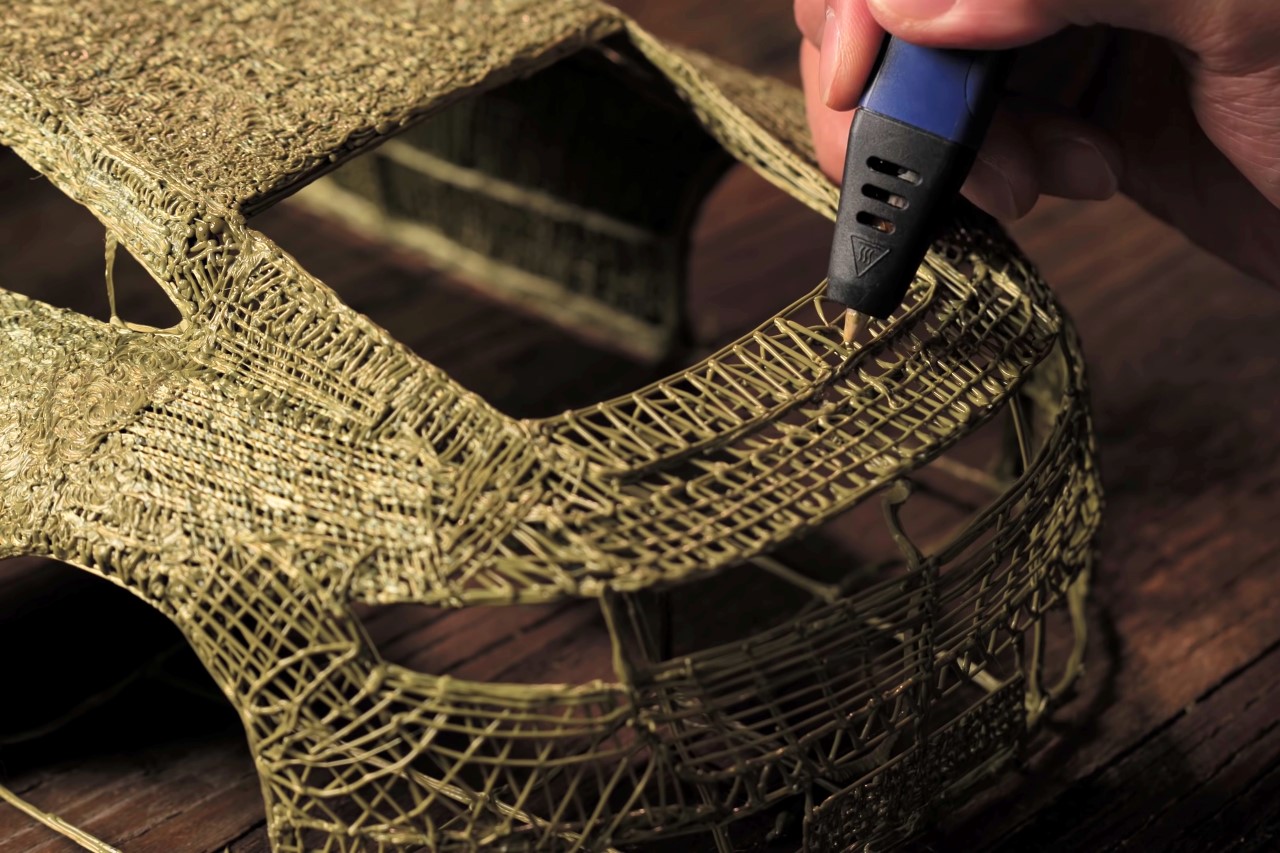 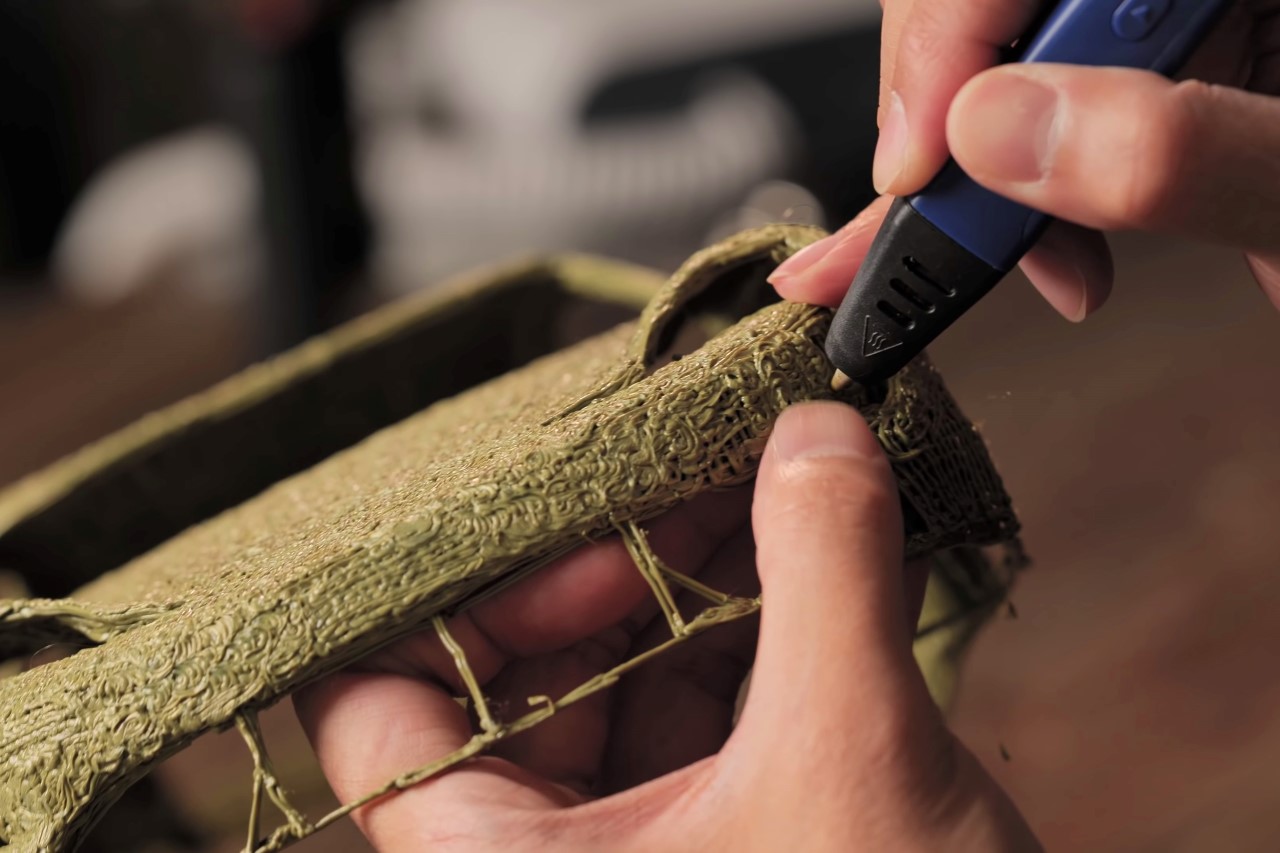 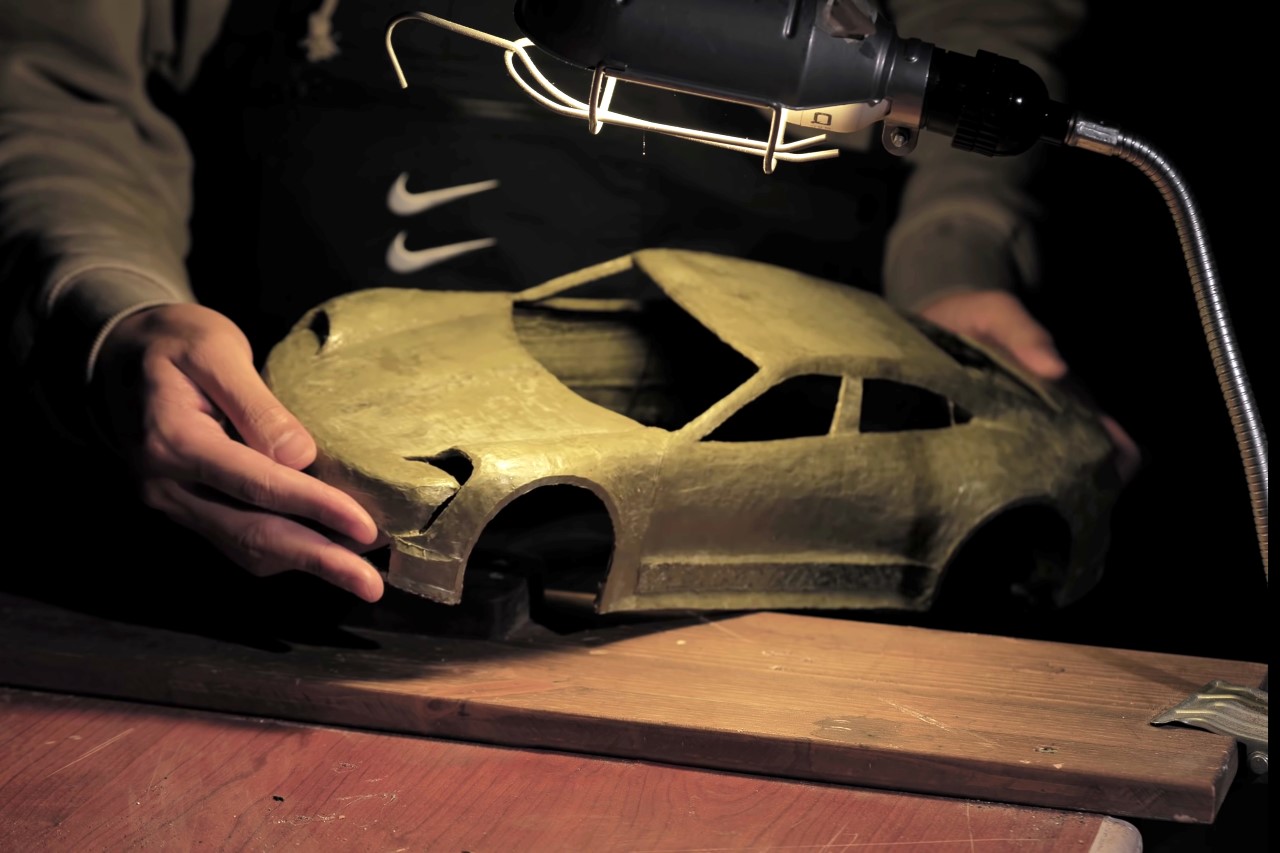 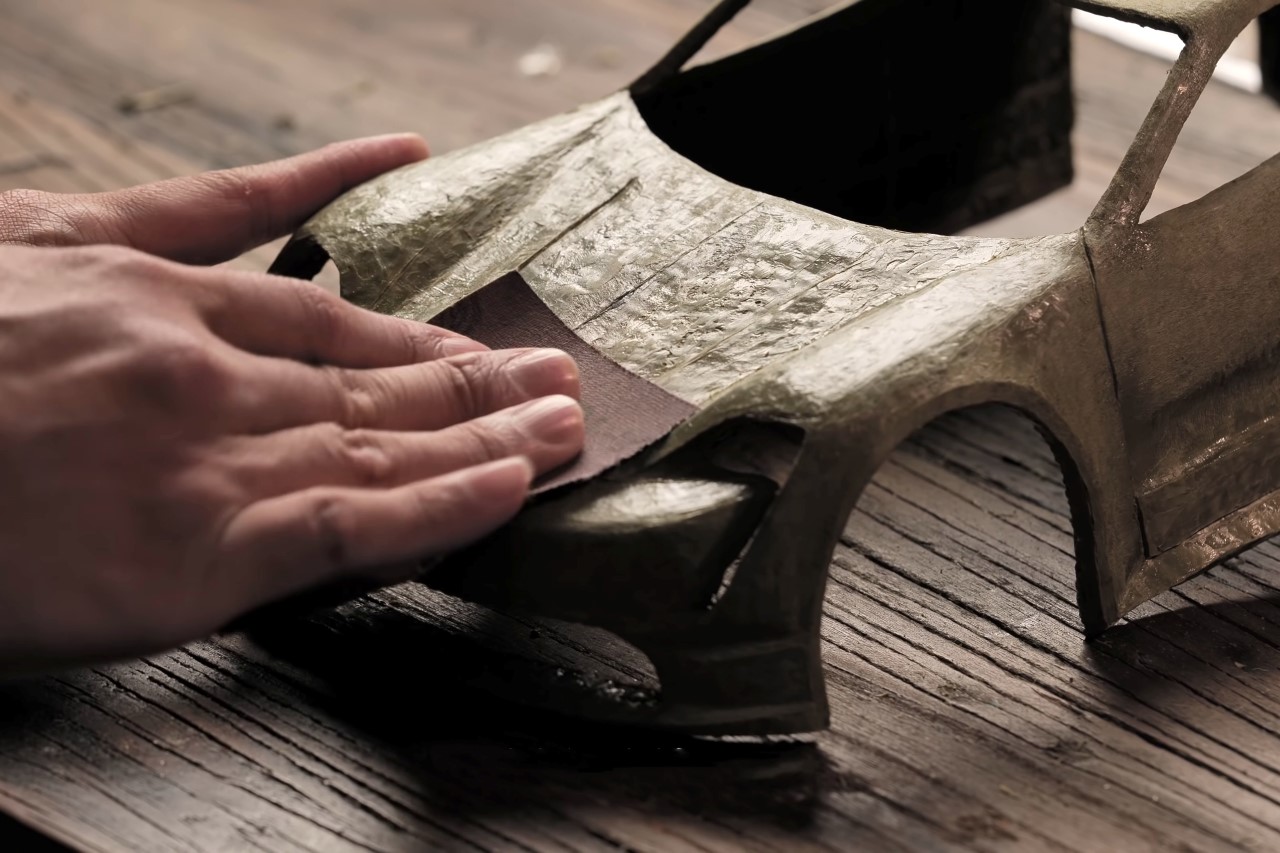 Once the base model of the Taycan is ready, the 3D printer is discarded for finishing tools, i.e., a heat-knife, sandpaper, and a handheld Dremel sanding tool. While the 3D pen’s process was additive, these tools are subtractive in nature, helping remove any excess material to give you a smooth, clean design. Any mistakes can either be fixed by bringing the 3D pen back in or simply using a bit of heat to adjust the model to your liking. 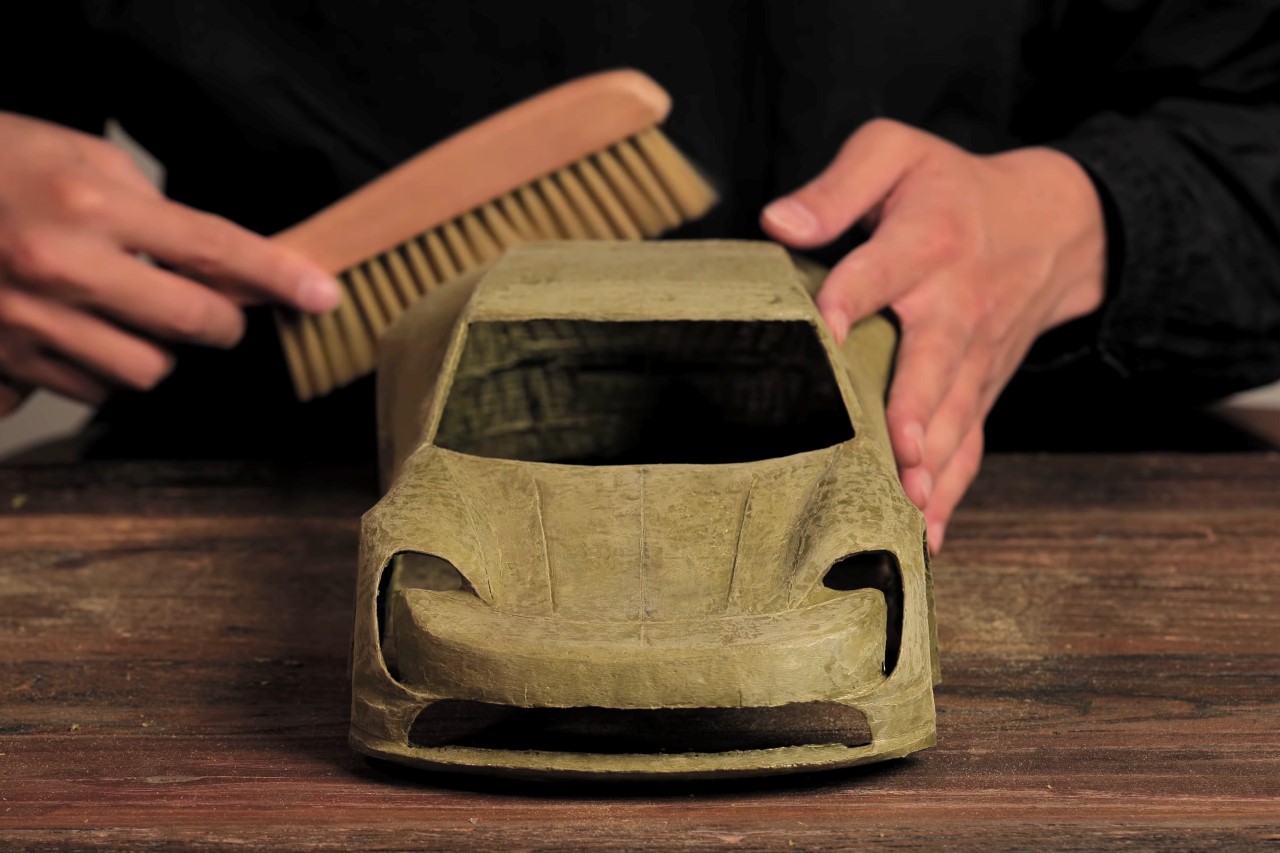 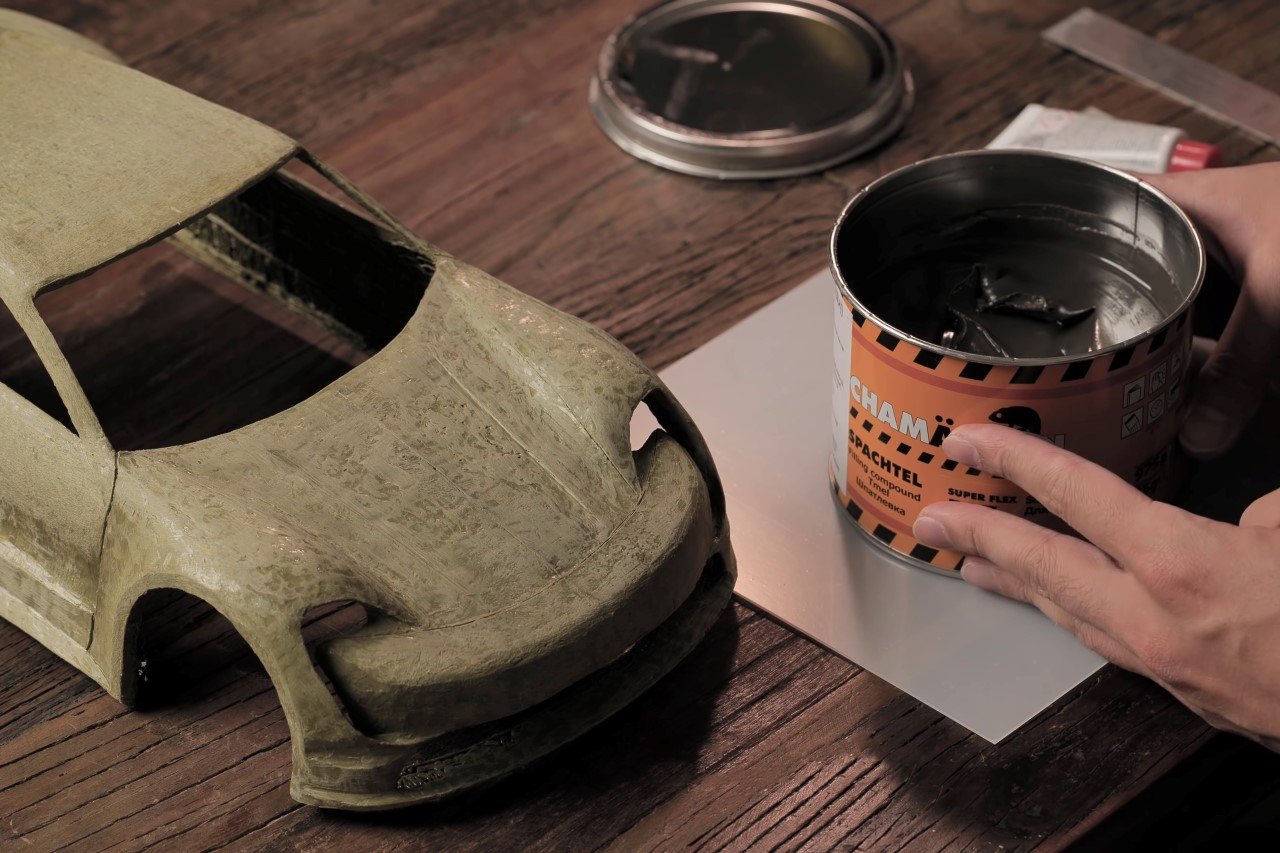 Once the Porsche’s body is ready, it gets a coating of primer to fill in any dents and gaps. This is where you’re back in regular model-making territory. Although the advantage with a 3D pen (as opposed to using a CNC machine on a block of wood or metal) is the ability to quickly build hollow models that are exceedingly lightweight and require measurably less time to construct. 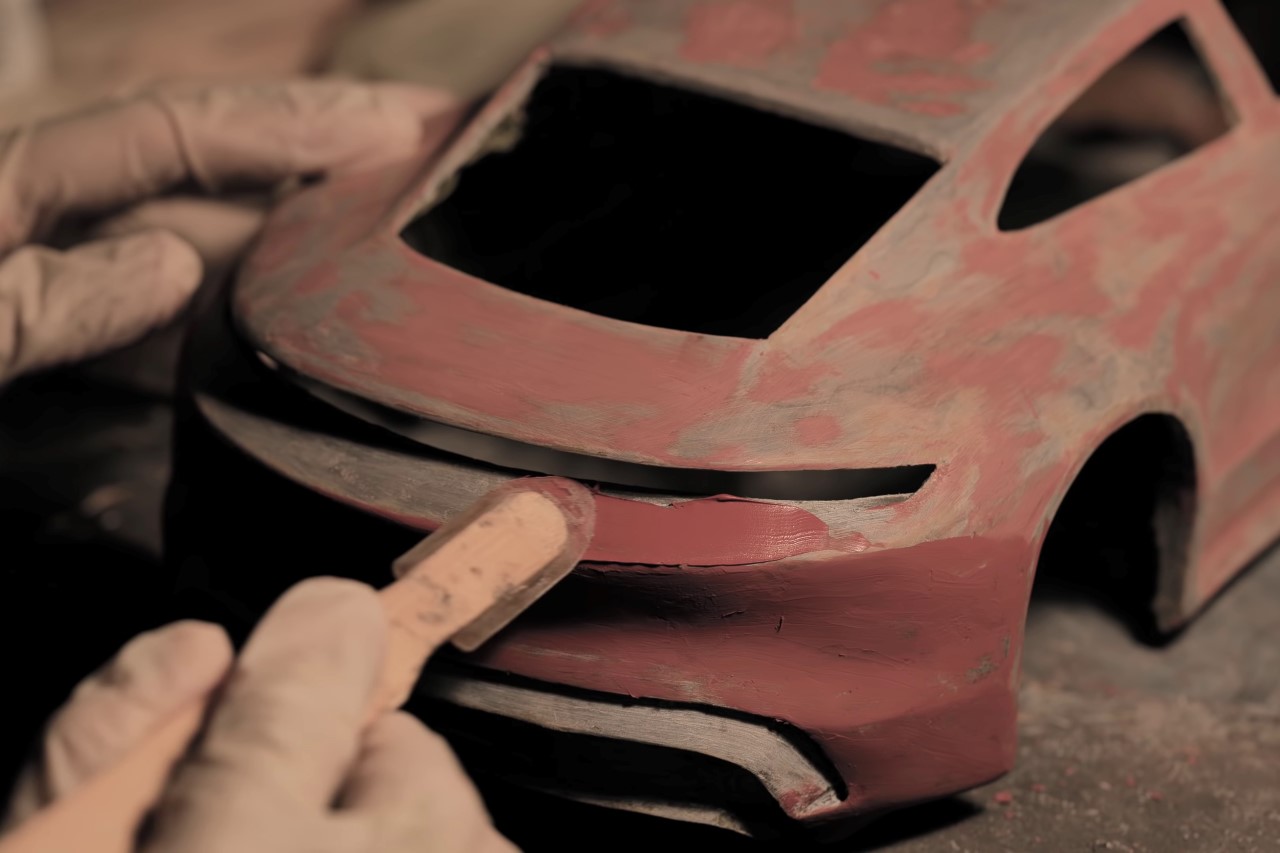 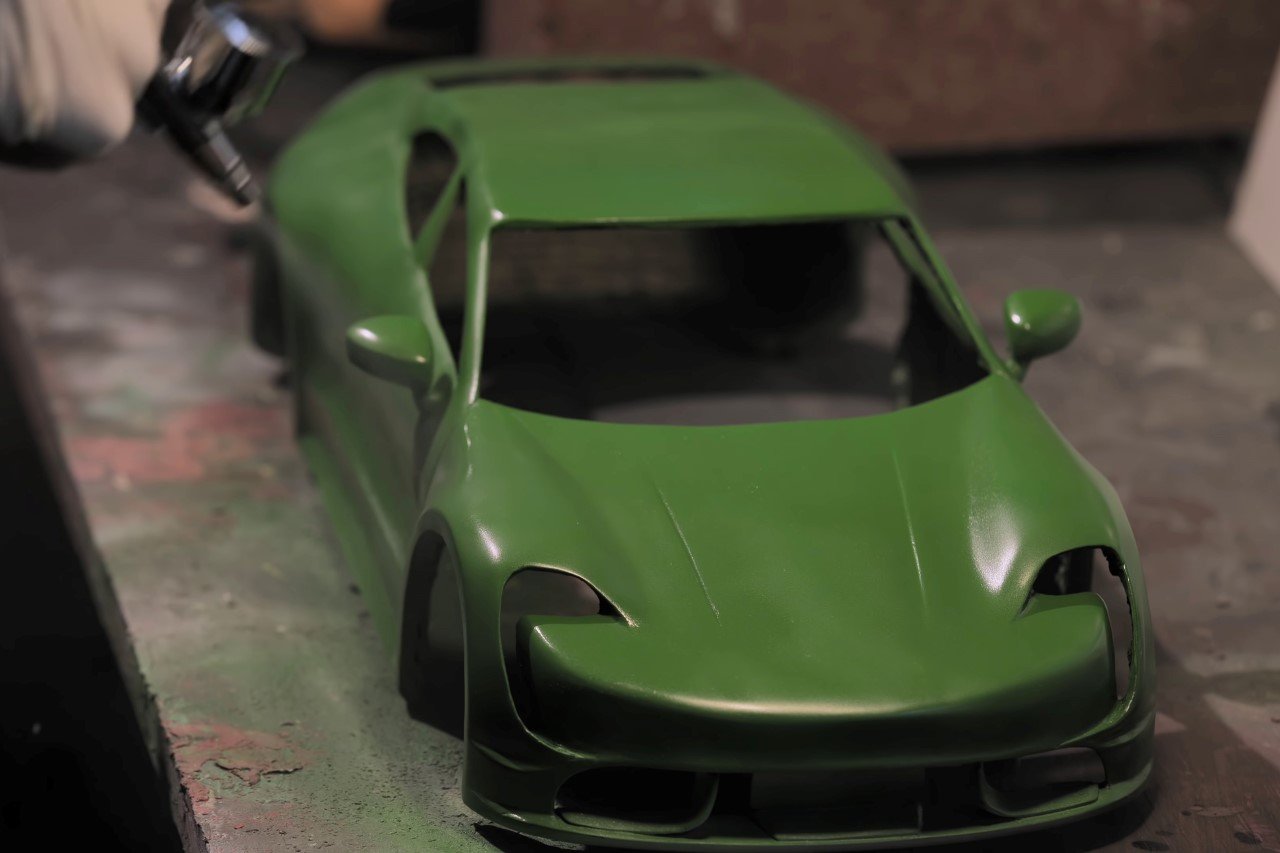 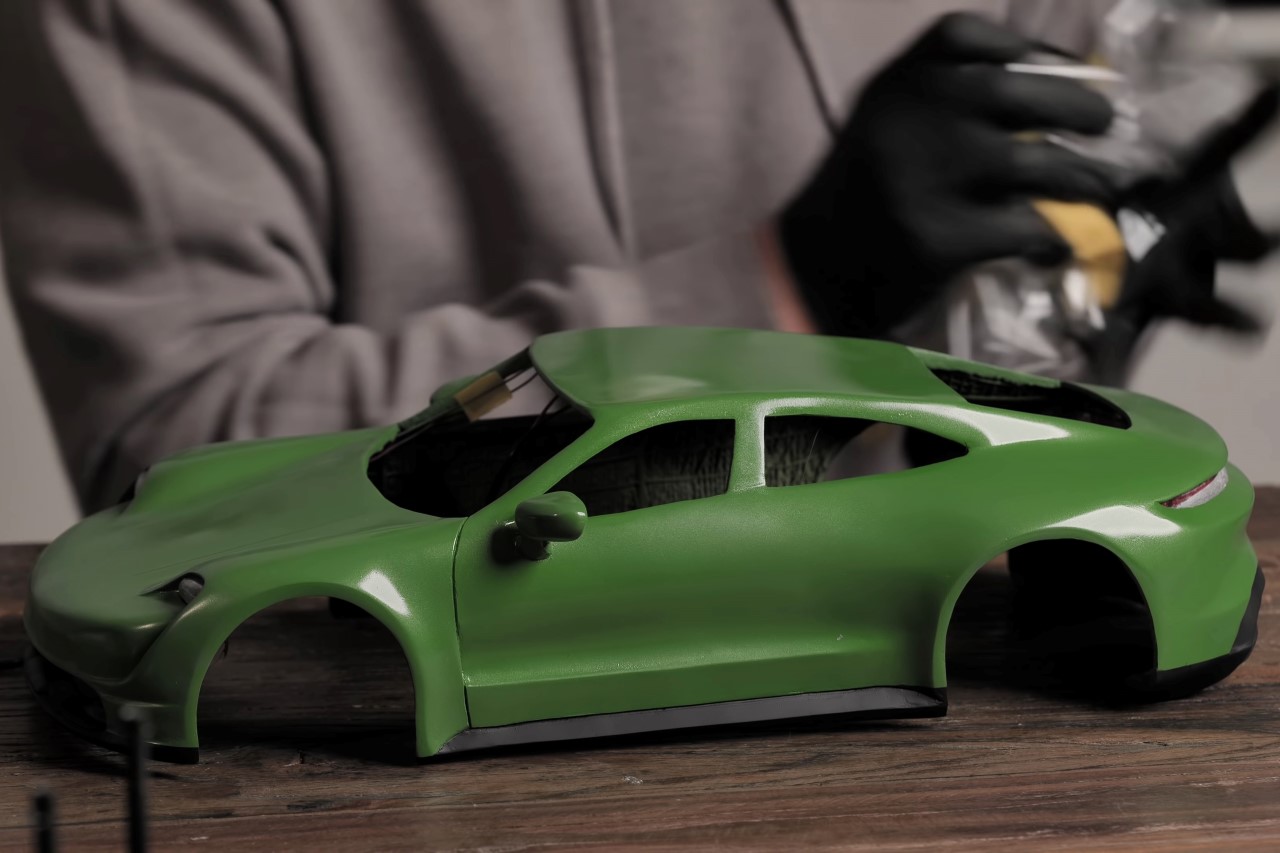 The Porsche Taycan gets a coat of paint before being fitted with heat-formed headlights and edge-lit acrylic taillights that have LEDs mounted on the behind. Finally, Sanago cuts clear tinted acrylic pieces for the windows and front and rear windshields, while adding the final details like the logo on the front, model number on the back, and a license plate for good measure! 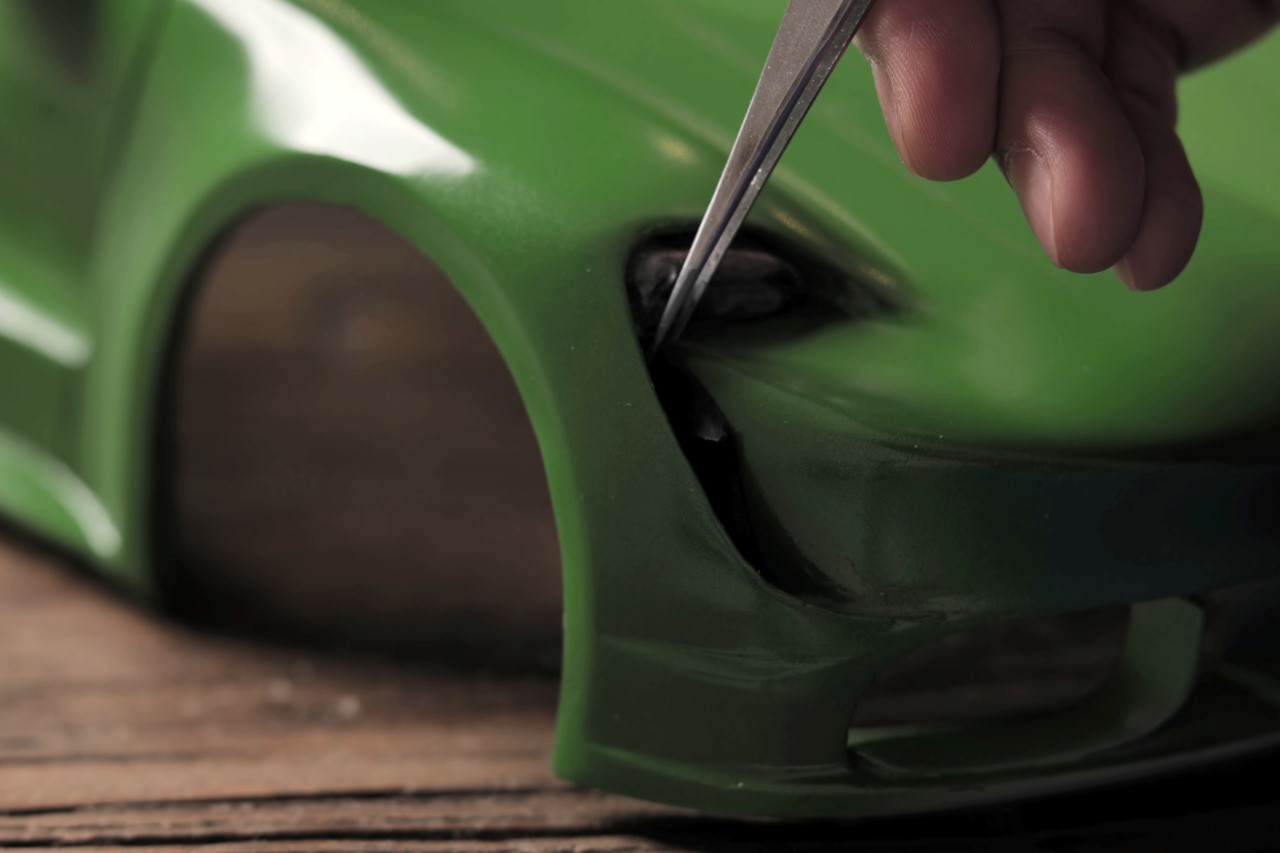 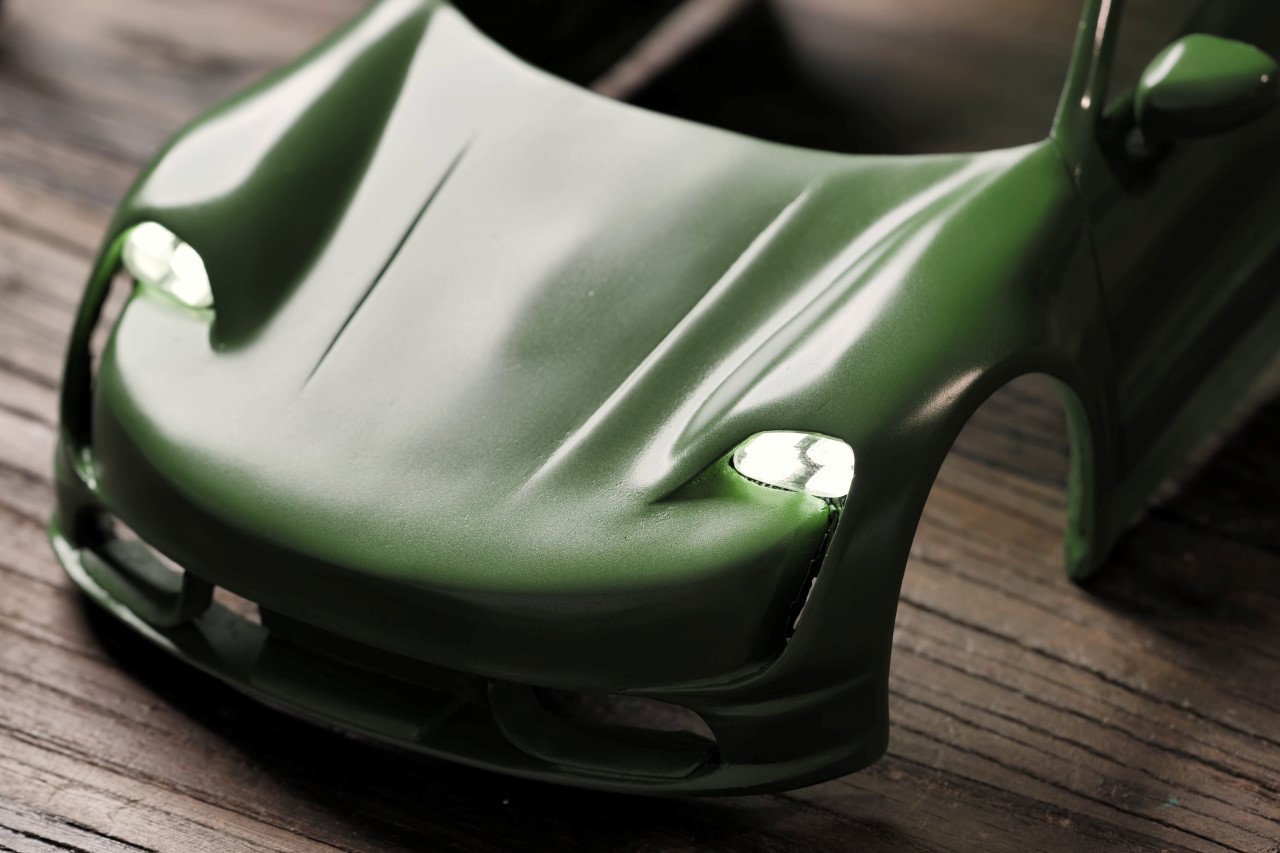 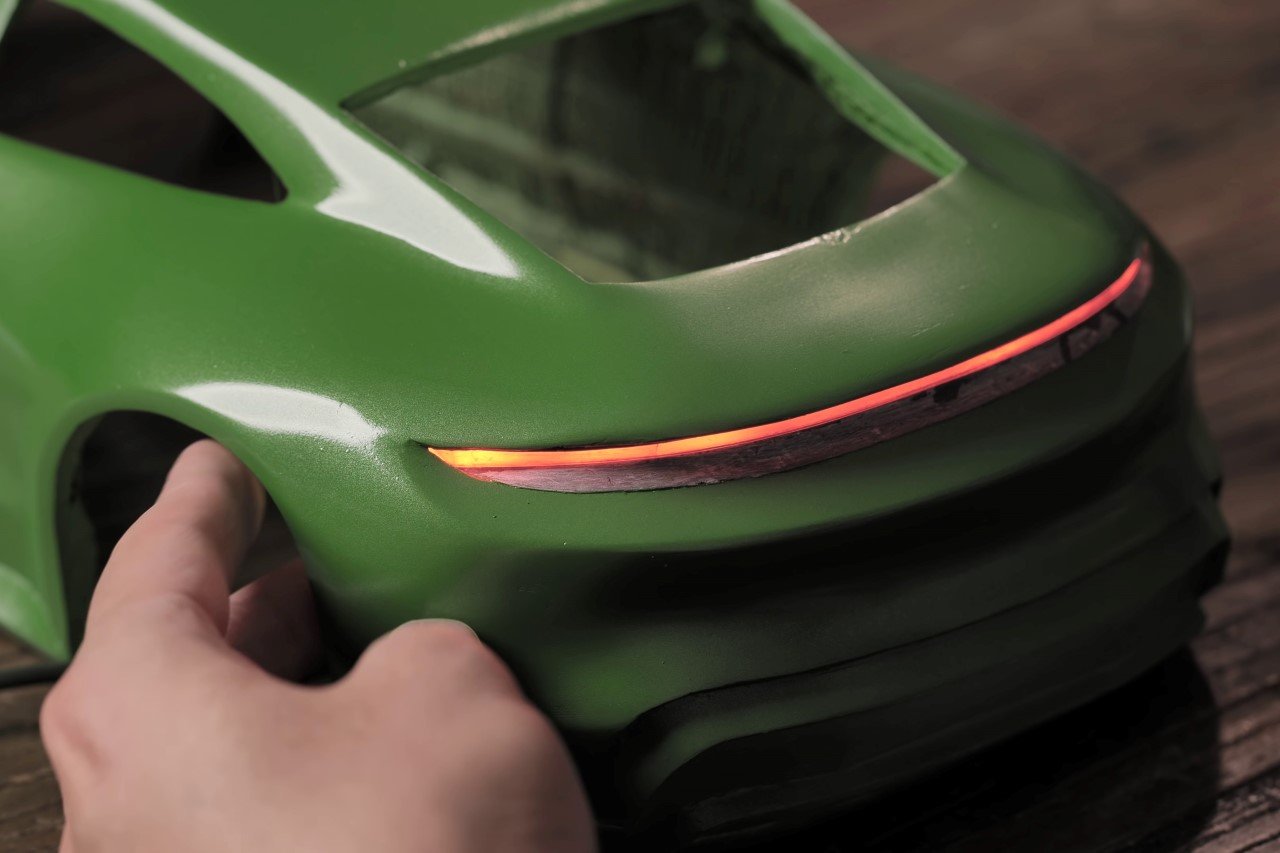 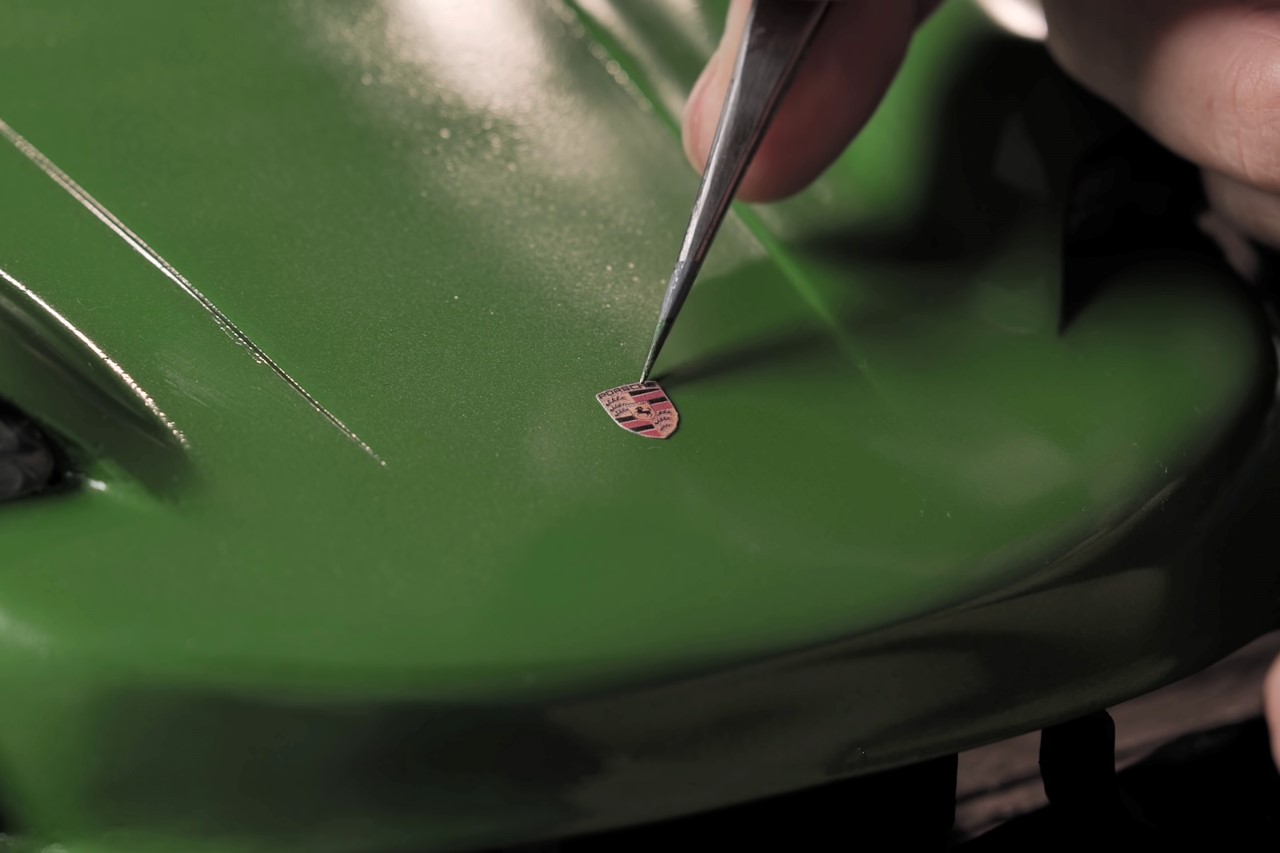 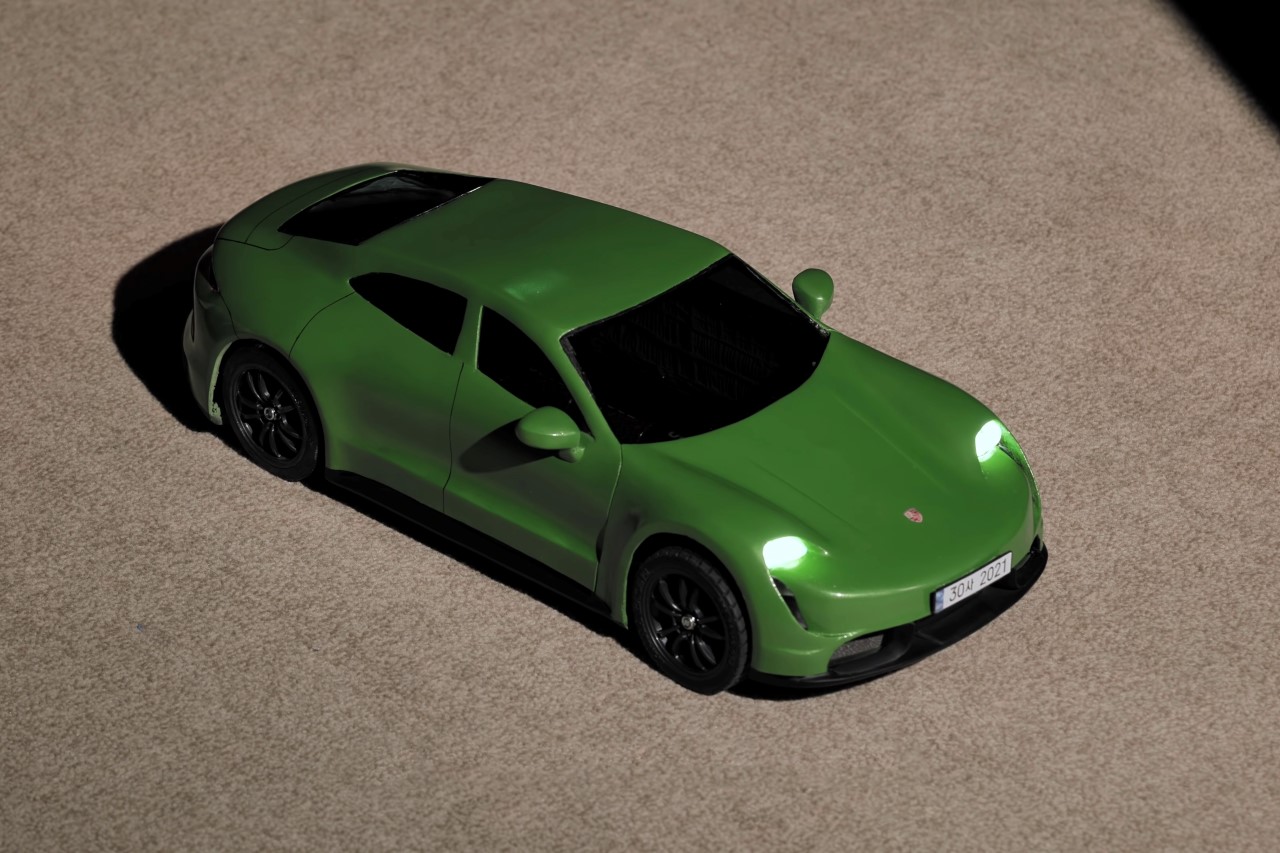 Once the car’s ready (and mounted on a toy RC car base), Sanago takes it for a test drive. The toy car doesn’t perform rather well against overwhelmingly snowy terrain, but its wheels do cause snowflakes to shoot backward into the air for dramatic effect!

The overall YouTube video (which has nearly 5 million views) is just 18 minutes long, although one could assume Sanago took nearly, if not under, a week to complete the build, factoring in the primer and paint drying times too. Ultimately though, this is a victory for the 3D pen, showing how effective it can be for constructing models and prototypes in days without spending weeks building and perfecting 3D CAD models, and then shooting them to a 3D printer which takes hours to make (with a high failure rate too). Making models with the 3D pen is about as easy as sketching. All you really need are a few schematics and a decent amount of plastic filament!

If you’re interested in buying a 3D pen, you can find one here. 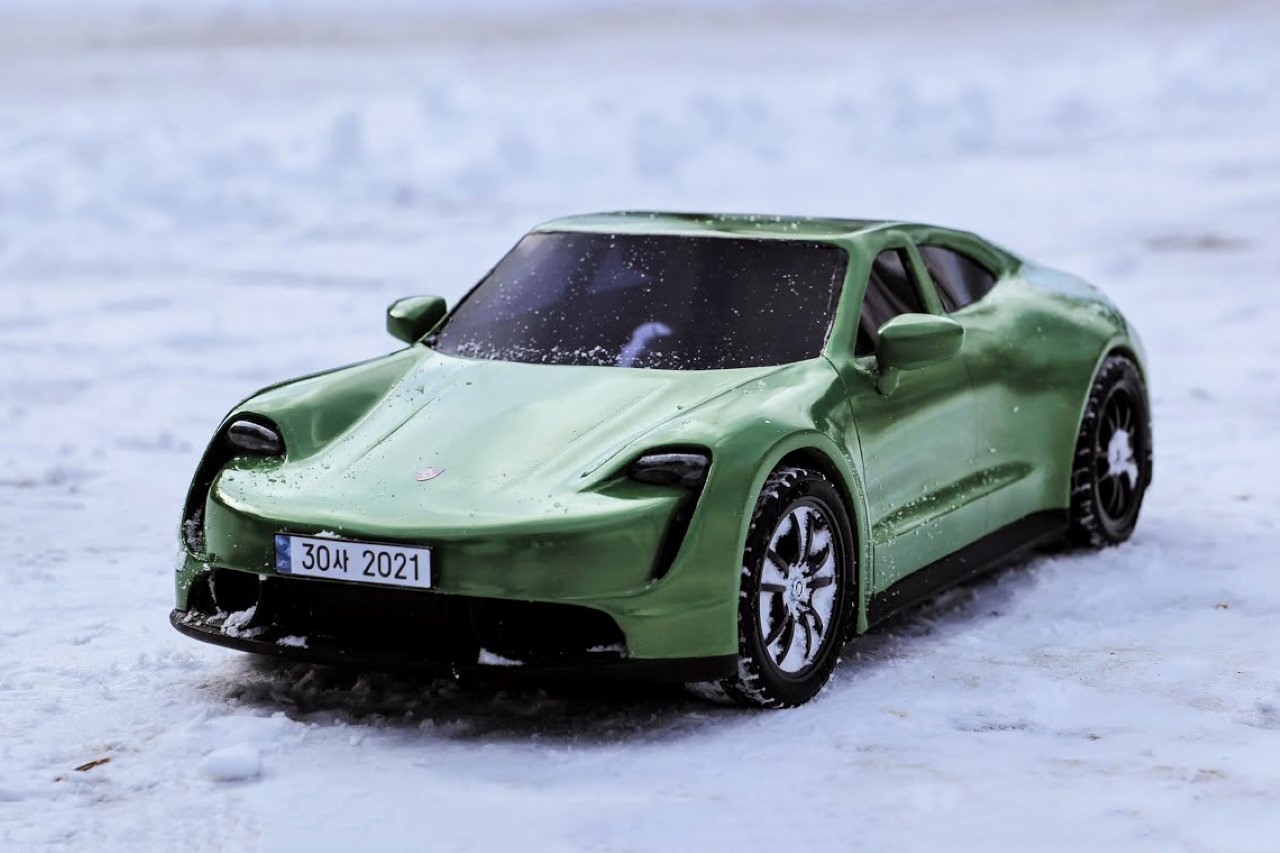 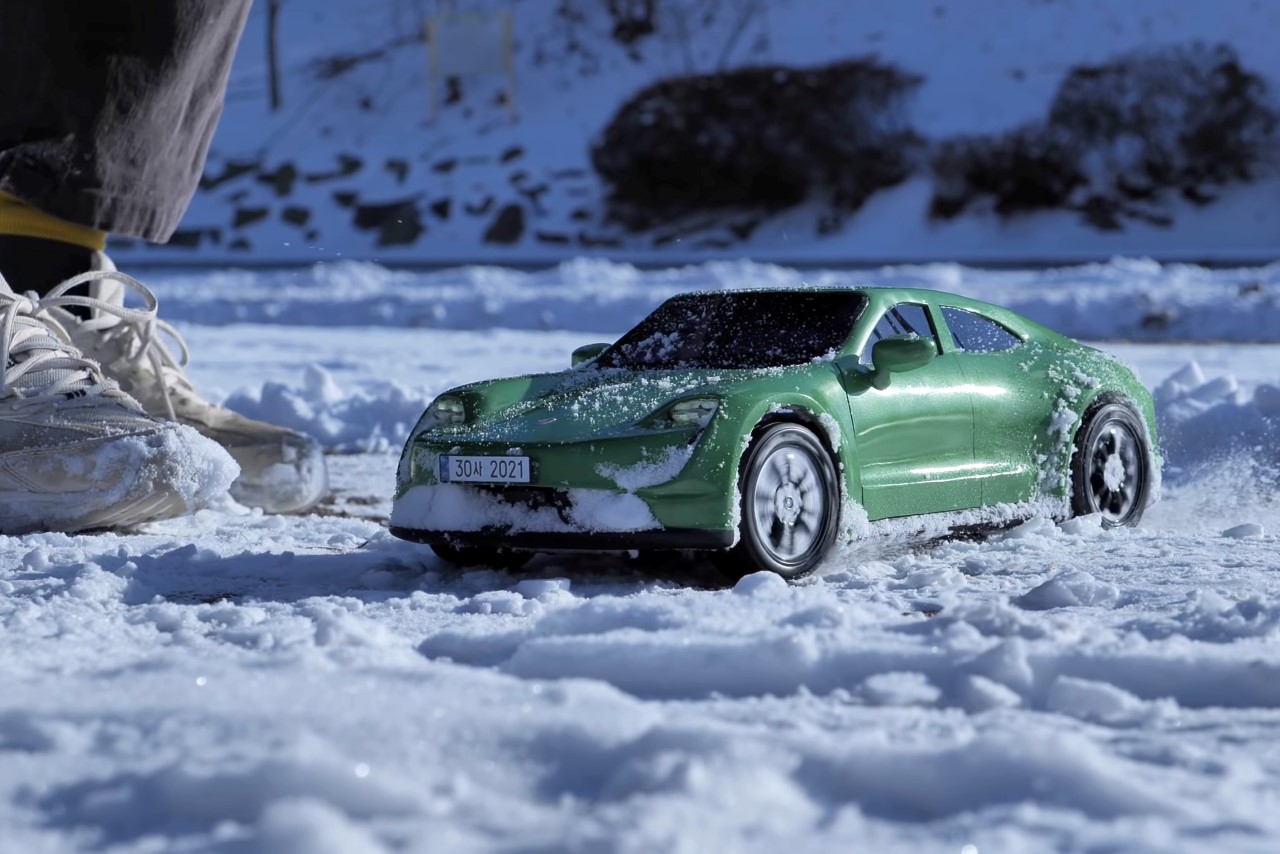 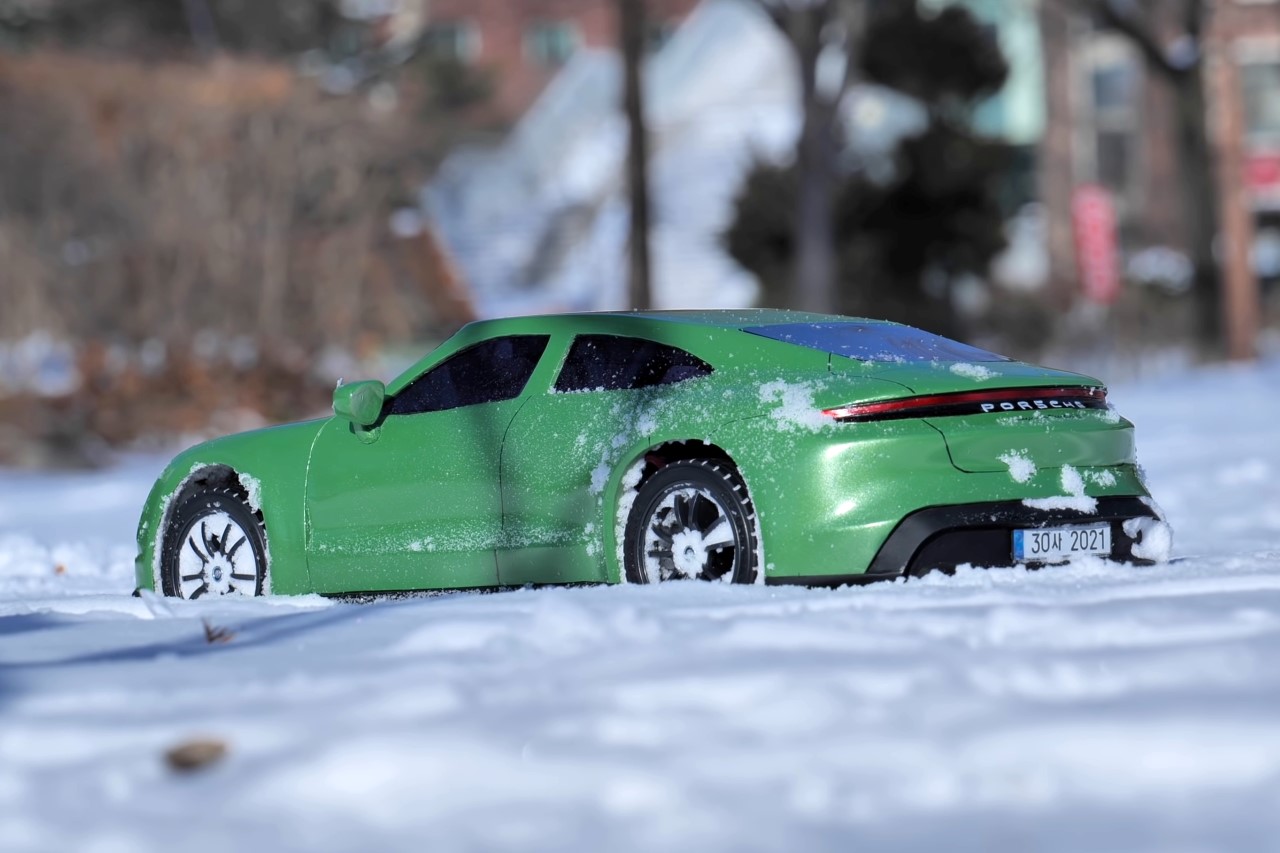 Break It On Down

Let’s be honest, there’s kinda this unspoken understanding that products that are made for efficient transportation will usually reflect it in their design… and not…