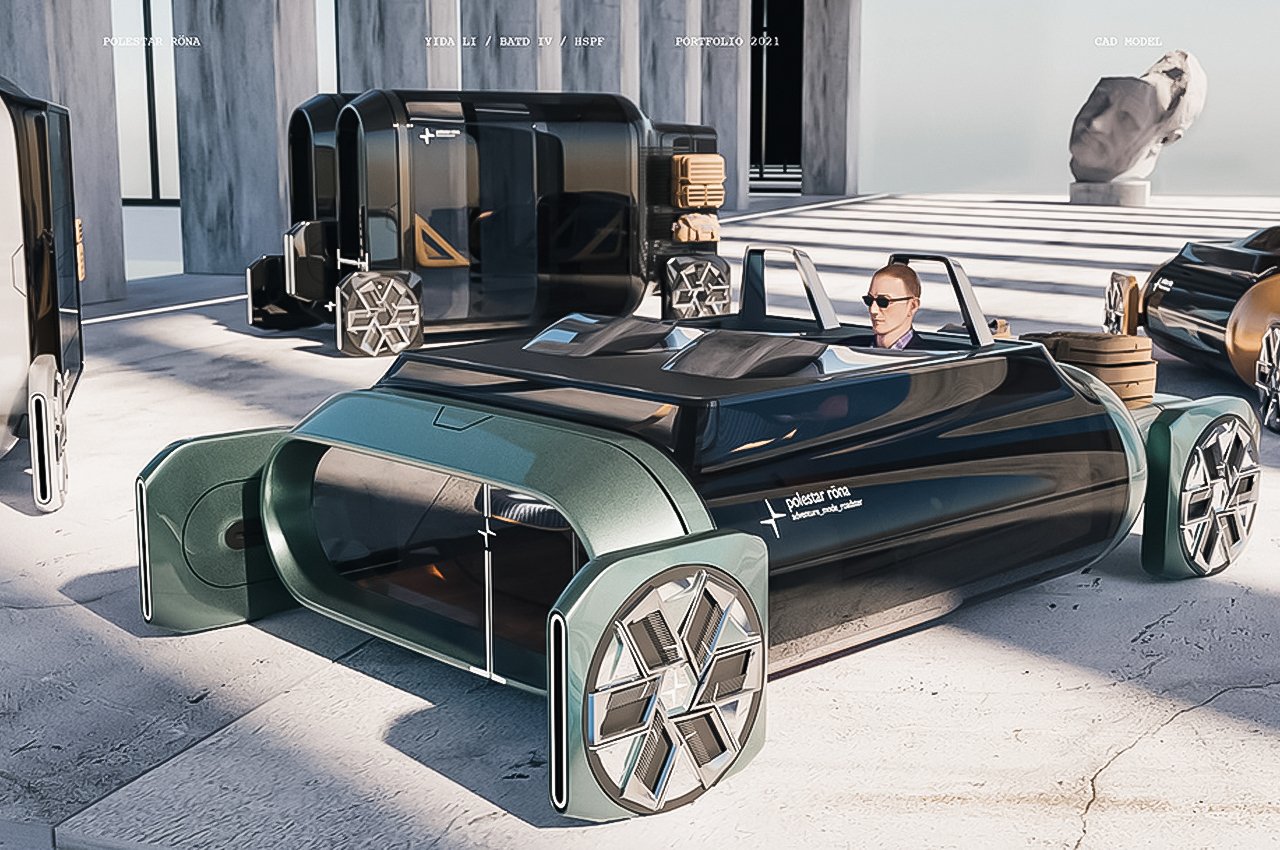 Polestar Röna is an autonomous mobility concept that transforms between two modes for urban driving and the open road.

While travel restrictions have put a pause on all of our wanderlust-driven tendencies, the idea of uninhibited traveling has never felt more exciting. Getting closer than ever to a tomorrow where we avoid traffic in flying cars and commute to work in jetpacks, designers have been envisioning travel concepts that redefine our ideas of what the future of mobility might look like. 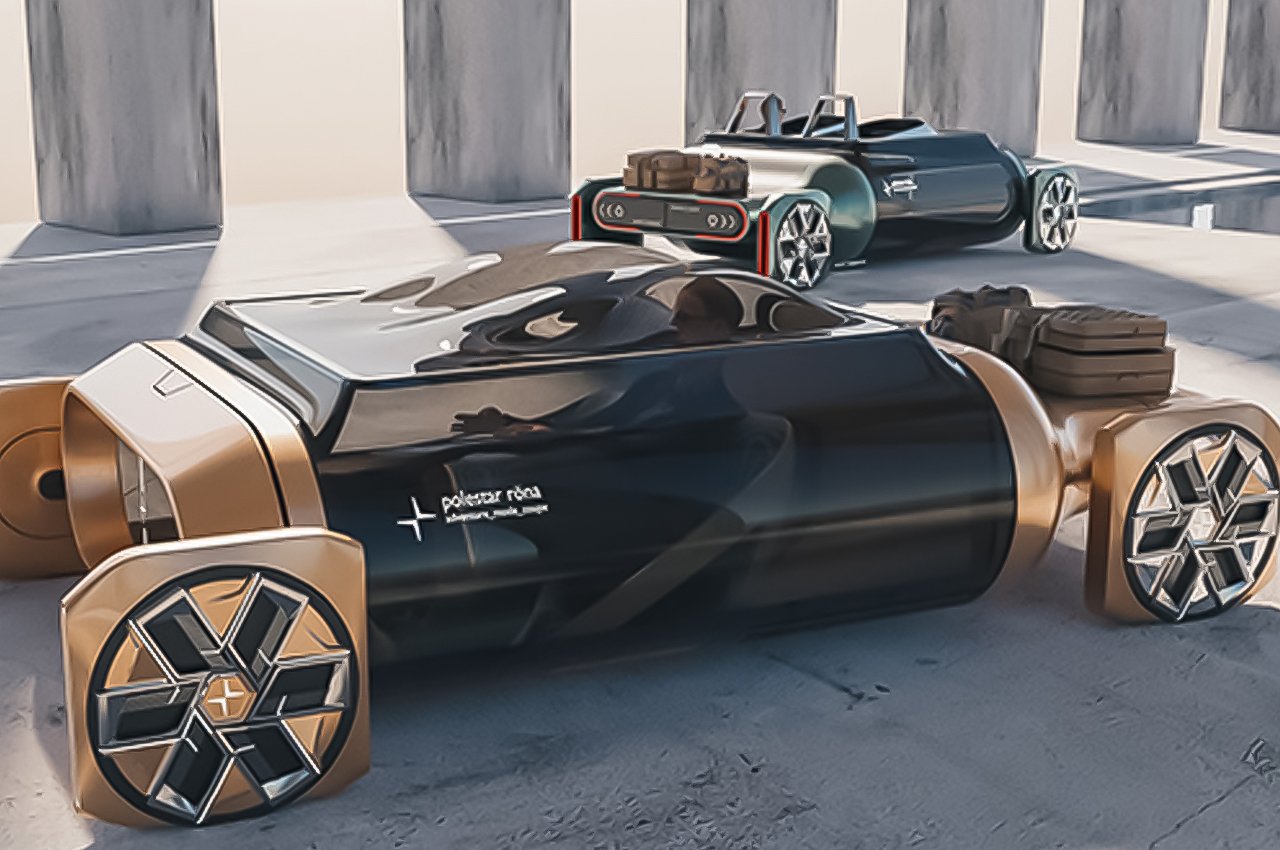 Li calls Polestar Röna’s first mode “Urban Mode,” which finds the automobile in its upright, slim position to be as compact as possible to swerve through packed city streets. In Urban Mode, Polestar Röna accommodates two travelers, leaving enough room for luggage and plenty of leg space. Li also equipped Polestar Röna with a modular build that allows other automobiles to stack on top of cabins, creating a sort of vertical caterpillar of Polestar Rönas.

In Polestar Röna’s “Adventure Mode,” Li turned the vehicle 90-degrees and gave the automobile less ground clearance to resemble the build of conventional sports cars, encouraging drivers to move fast and freely. In this mode, additional automobiles can connect to Polestar Röna like train carts. 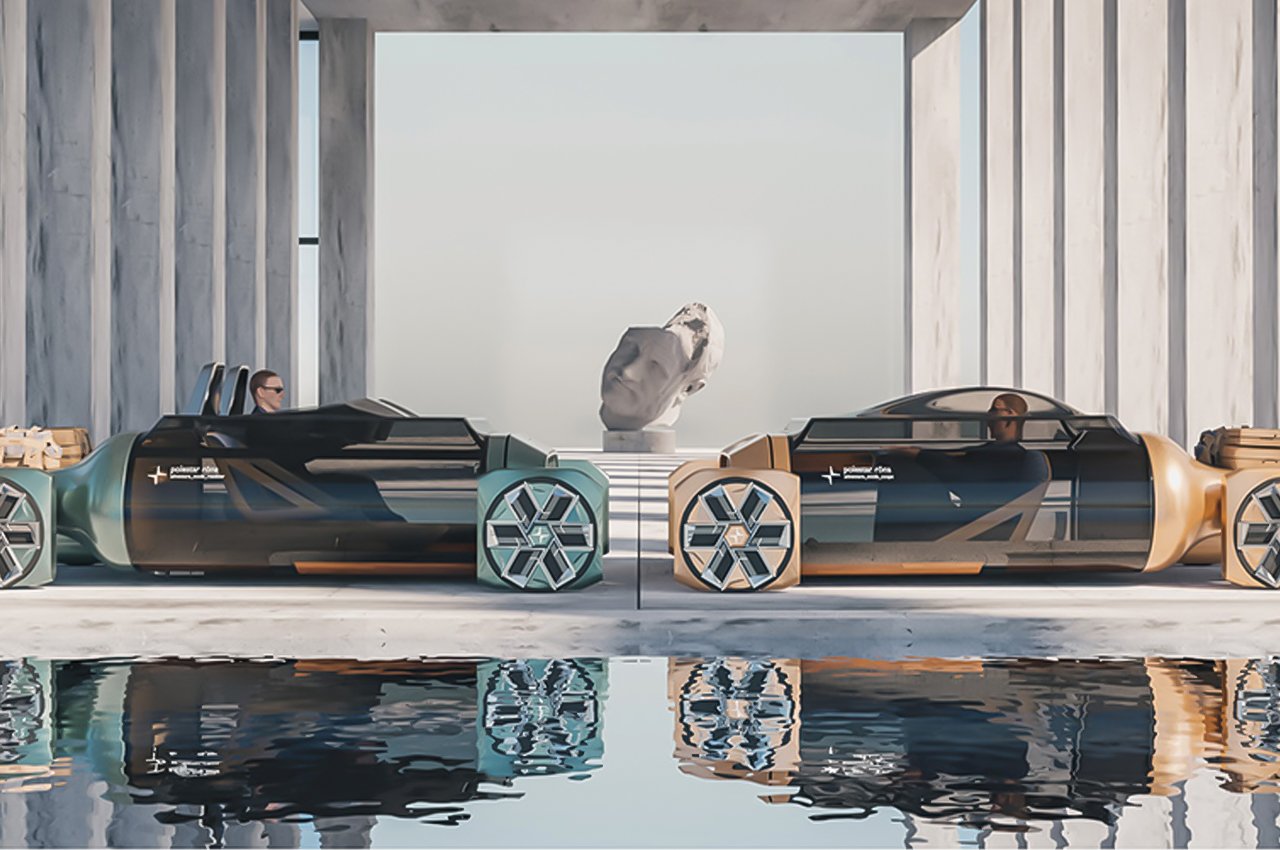 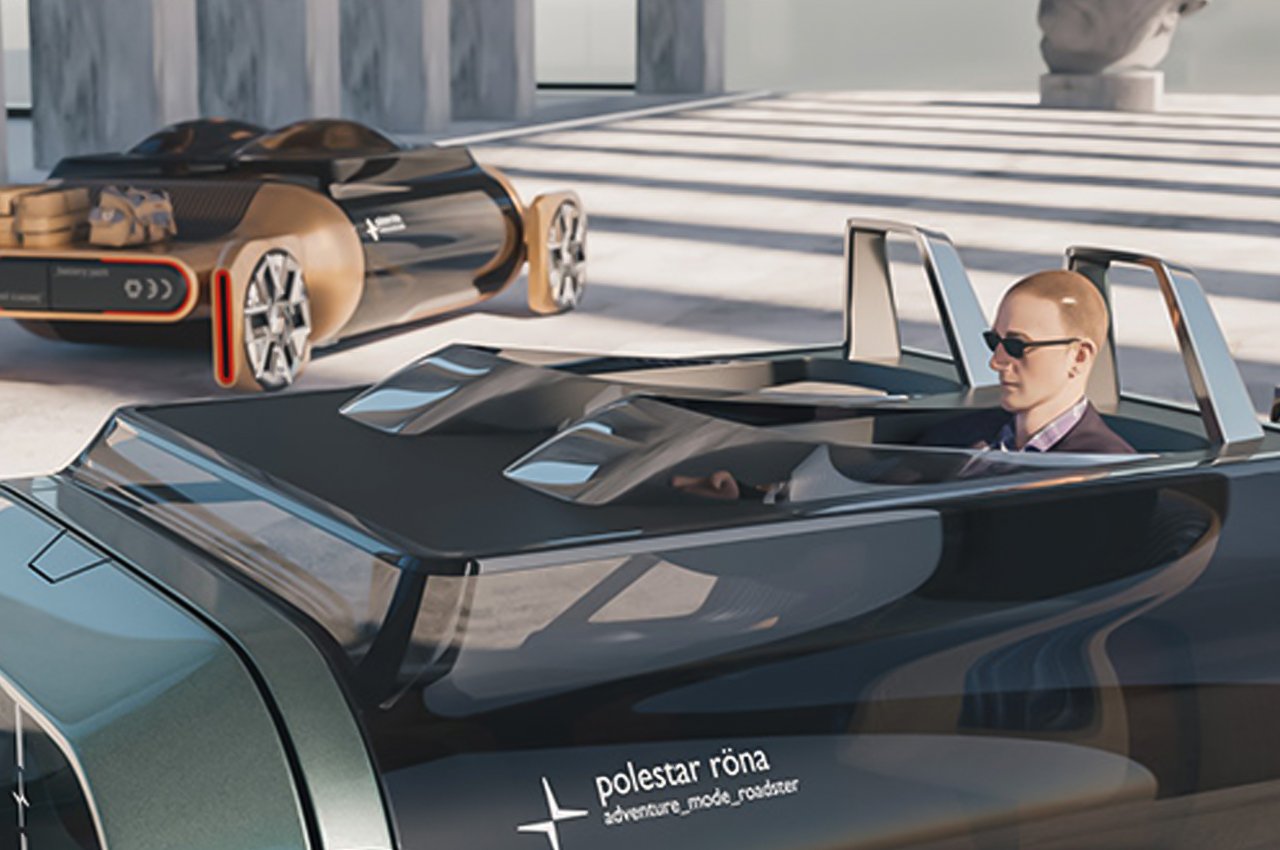 In both Urban and Adventure Mode, Polestar Röna leaves enough room for luggage. Its design makes Polestar Röna the future of modular mobility.

Think about it, Bamboo is probably the most perfect material for making a bicycle. It’s light, it has a high strength-to-weight ratio, it’s abundant, and…

If you think of it, your legs are the perfect transportation medium. Aside from the fact that they run on your energy, your legs can…

Drawing inspiration from Brasa, we have here an exceptionally slim and innovative rear light for cycles. The design optimizes the use of Light Line Technology…

What a vertical carousel-shaped airport for LA would look like

A concept entry for the eVolo Skyscraper Competition 2018, Jonathan Ortega’s LAX 2.0 envisions creating a ground-breaking, space-saving vertical layout for one of America’s busiest…