Almost like clockwork, as the Part One trailer for the upcoming Spider-Man: Across The Spider-Verse movie dropped on the internet, Spinelli revealed that he had, in fact, secretly been working along with airbrush artist Enrico Bertagnoli (aka Berta) to create a few custom Spider-Man-themed PS5 DualSense controllers too! 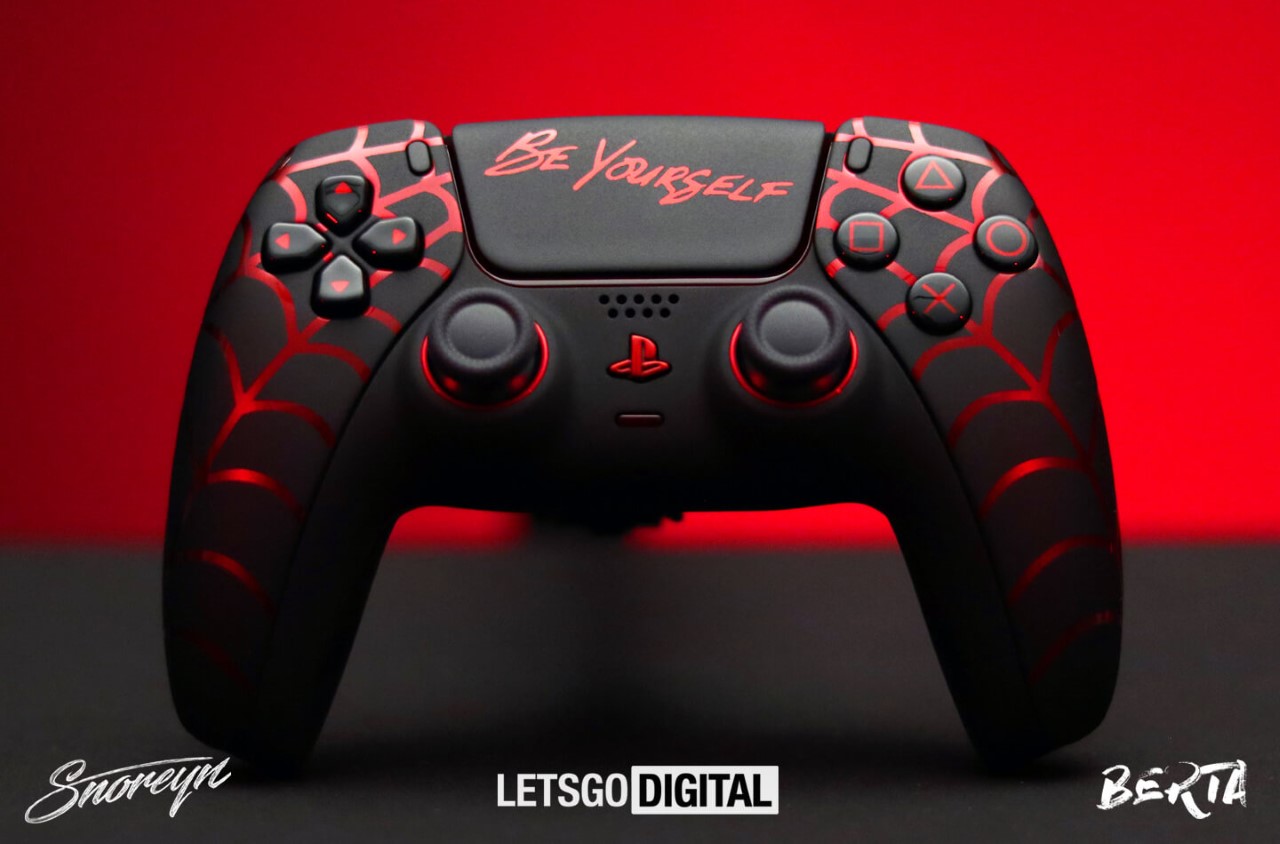 The controllers are based off Spinelli’s original design back from October 2020 and feature an all-black matte exterior with metallic red accents on the front, and a gloss/matte black-on-black artwork at the backside. The actual work of physically painting the controllers was carried out by ace Italian airbrush artist Enrico Bertagnoli, featuring details all the way down to spray-painted accents on the action buttons and even the words ‘Be Yourself’ scrawled in graffiti fashion across the touchpad on top. 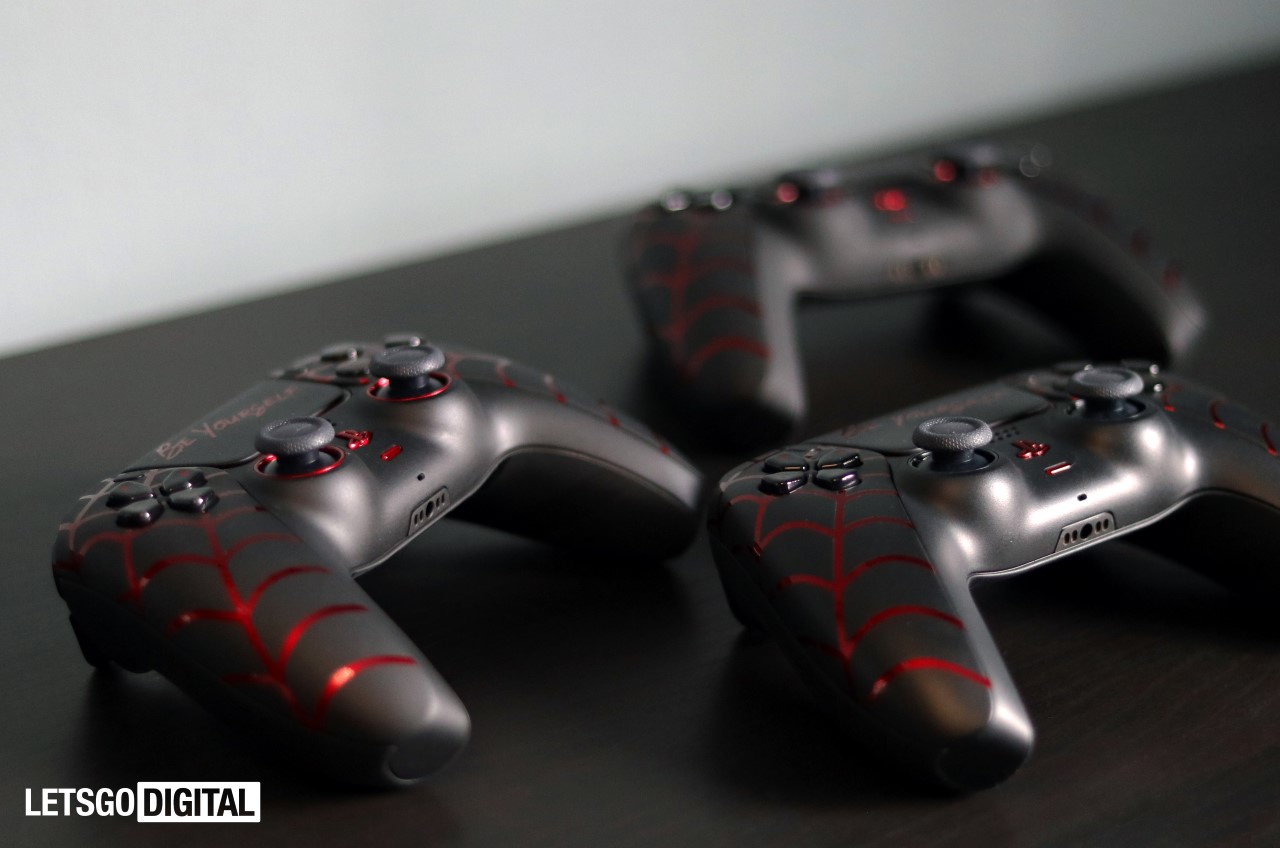 The end result looks remarkably vivid, mirroring the mysterious black and red beauty of Miles Morales’ spidey suit from the movie. Bertagnoli meticulously spray-painted over the white parts of the controller, covering them in a rich chrome red, before masking out the webbing design and the text + symbols on the touchpad and buttons and giving the entire controller a coat of textured matte black. The result isn’t just visual, it’s tactile too, as your fingers feel the difference between the matte and gloss elements both on the front as well as on the back, which has a large glossy spider symbol. 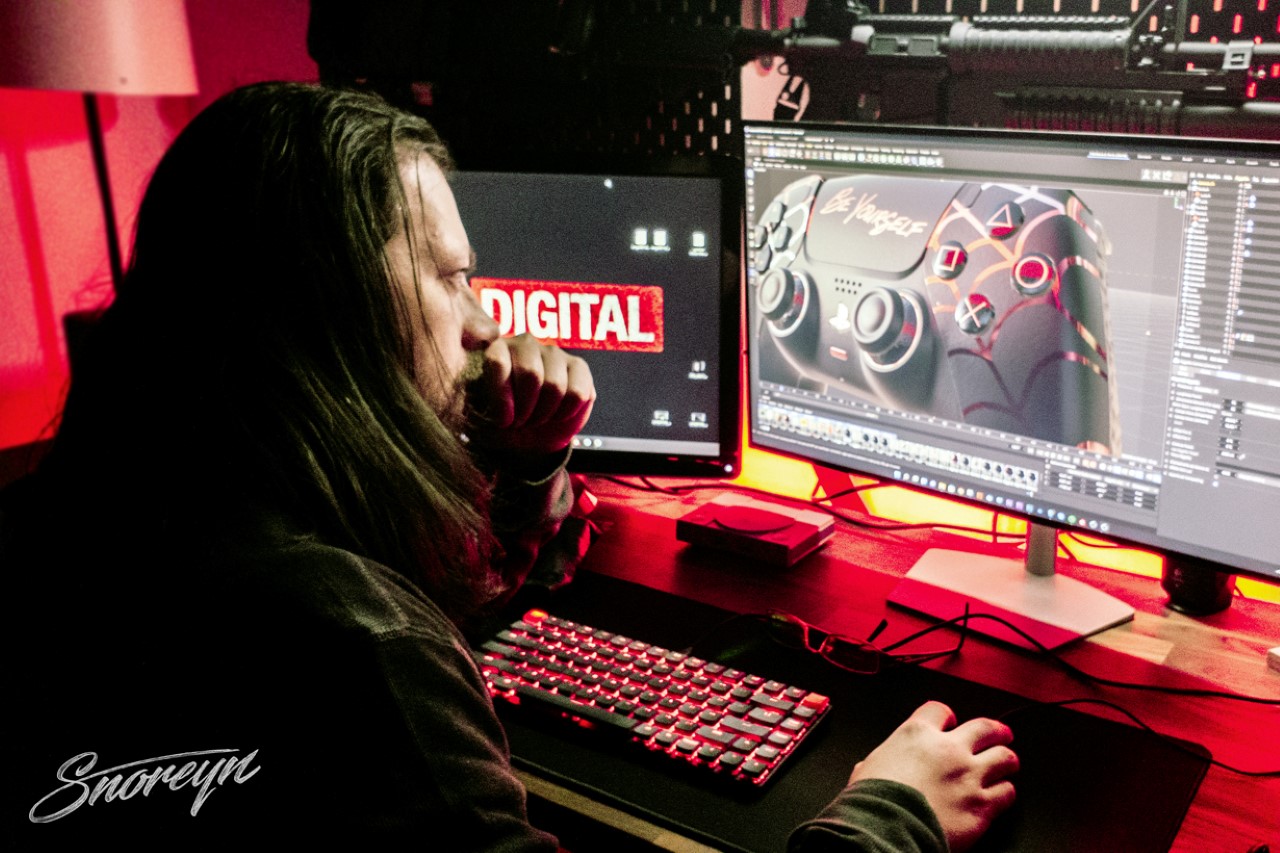 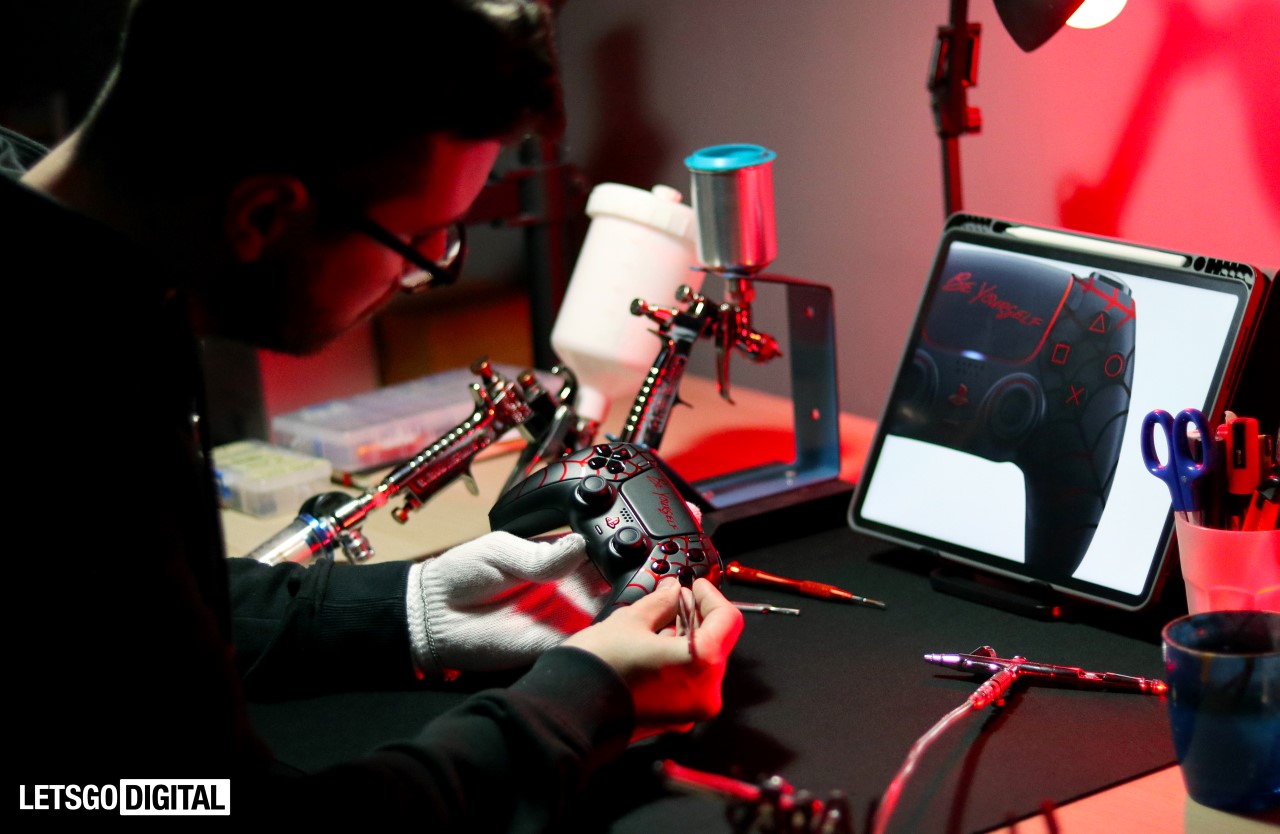 While the faceplate for the actual PS5 console was made available for sale last year (as a limited edition drop), the controllers aren’t being sold the same way… partially because they’re painted entirely by hand in a ridiculously effort-intensive process. The few units that Bertagnoli and Spinelli created are being preserved as memorabilia, with one of them even being donated to the Bonami Gaming Console Museum in The Netherlands. The controller sits in a bespoke framed casing, housed behind a piece of glass with the creators’ internet monikers, Snoreyn and Berta, mentioned on the front.

That being said, they’re not entirely against the idea of bulk-producing controllers if enough people express interest (there’s even a mockup of the packaging box at the bottom of the article)… although don’t expect this to come cheap, or fast, thanks to a combination of supply chain issues and the fact that each controller is painstakingly painted manually. If you’re interested, however, in getting your hands on a custom PS5 Spider-Man Miles Morales Edition DualSense Controller, just drop in a comment or DM on Berta or Snoreyn’s social handles! 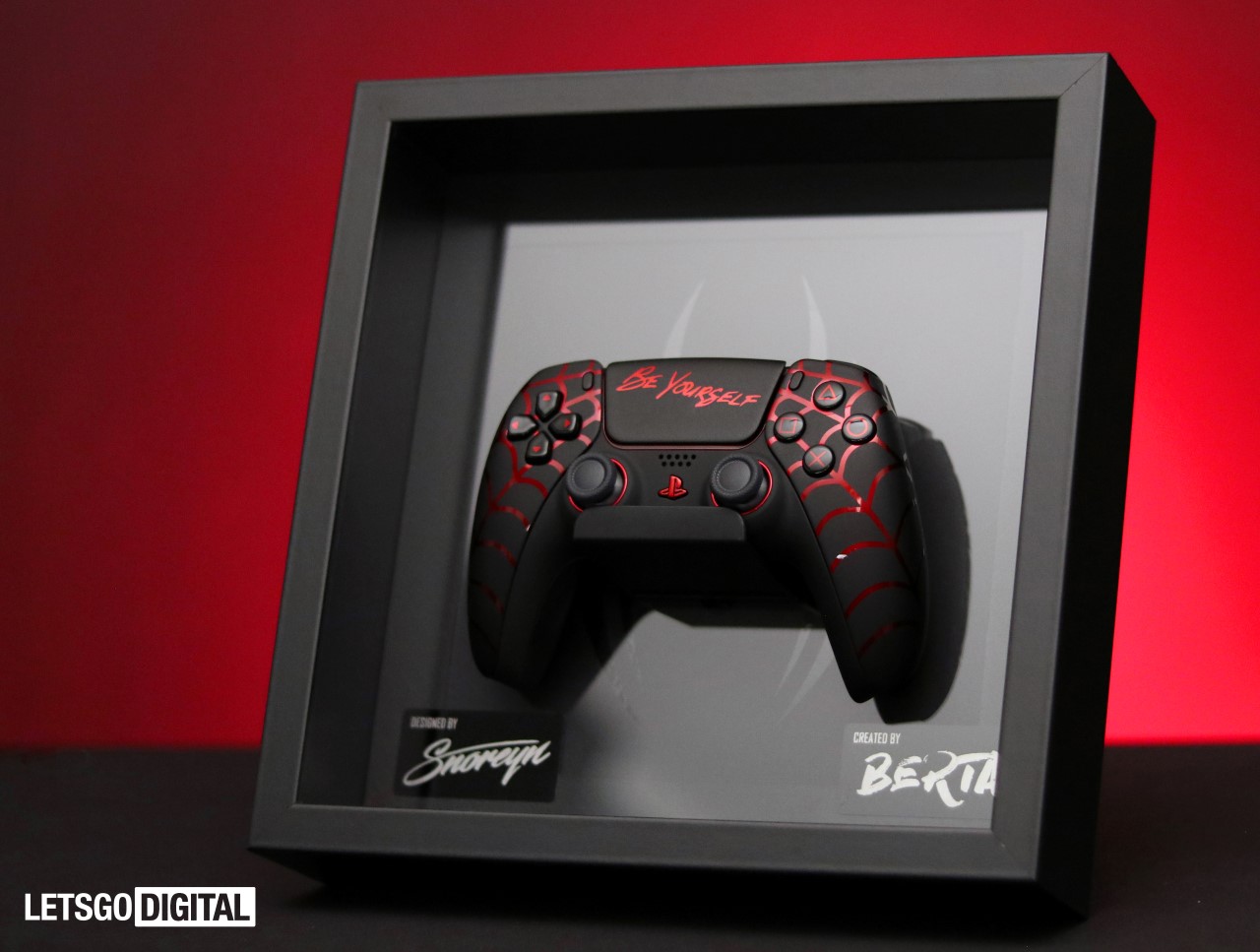 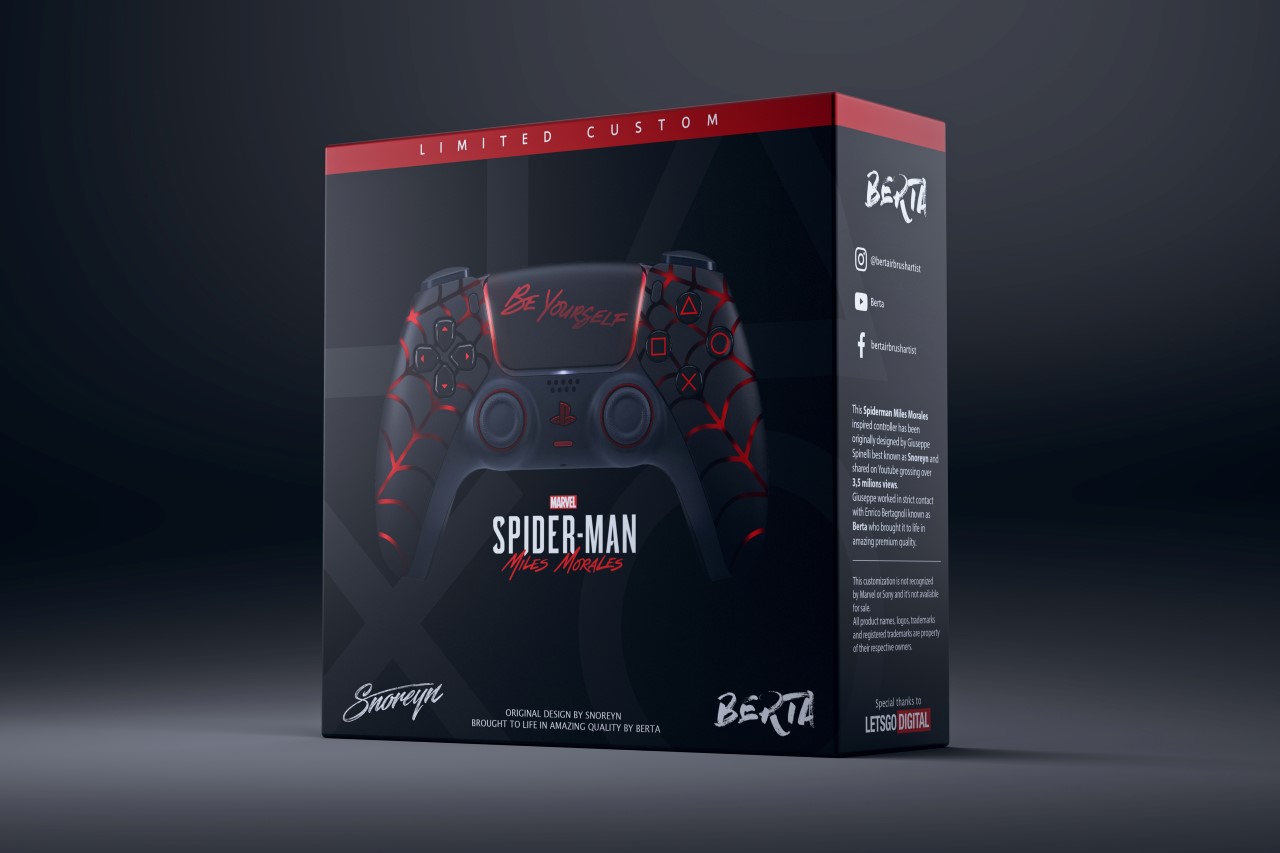 Alarm clocks usually jolt us awake leading us to reach for the almighty snooze button. Silence is a conceptual alarm clock that allows you to…

Tactile+Versatile: Wacom’s digital eraser is better than a stylus

Take any stylus you find, and it closely resembles a writing instrument. It’s never been anything visually more than a pen or a pencil. Yonghwan’s…

There’s an undeniable simplicity and beauty to Yohann’s iPhone and Apple Watch charging dock+tray. Handcrafted from walnut wood (there’s a lighter, Oakwood variant too), the…

I am a voracious reader but I must confess that I prefer paper to the E-Books. However I won’t let my bias get in the…