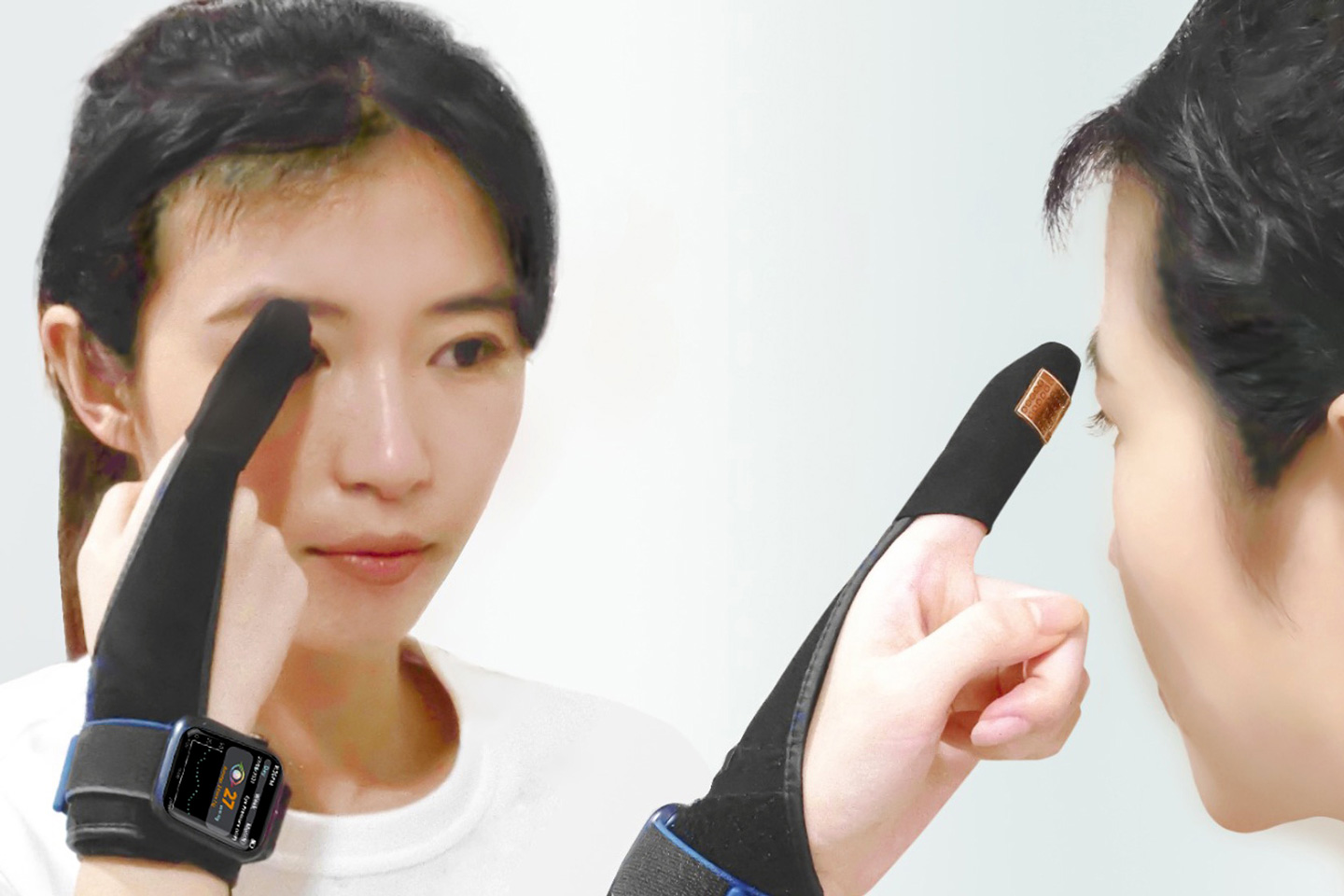 On a mission to locate, evaluate, and celebrate great young minds and their potentially life-changing ideas, the James Dyson Award is held every year, seeing thousands of entries from budding designers and design engineers from around the world. Just this year alone, the international award program witnessed participants from 28 countries, of which a jury panel of 15 Dyson engineers selected 20 National Award Winners to proceed to the final stage of the competition.

Today, on the 17th of November, the awards program announced the winners of its 3 awards – the International Award, the Sustainability Award, and the newly introduced Medical Award. The winners were reviewed and hand-picked by Sir James Dyson himself, and will now receive £30,000 to help develop their ideas into tangible, life-impacting designs.

Click Here to view all the James Dyson Award entries for 2021. 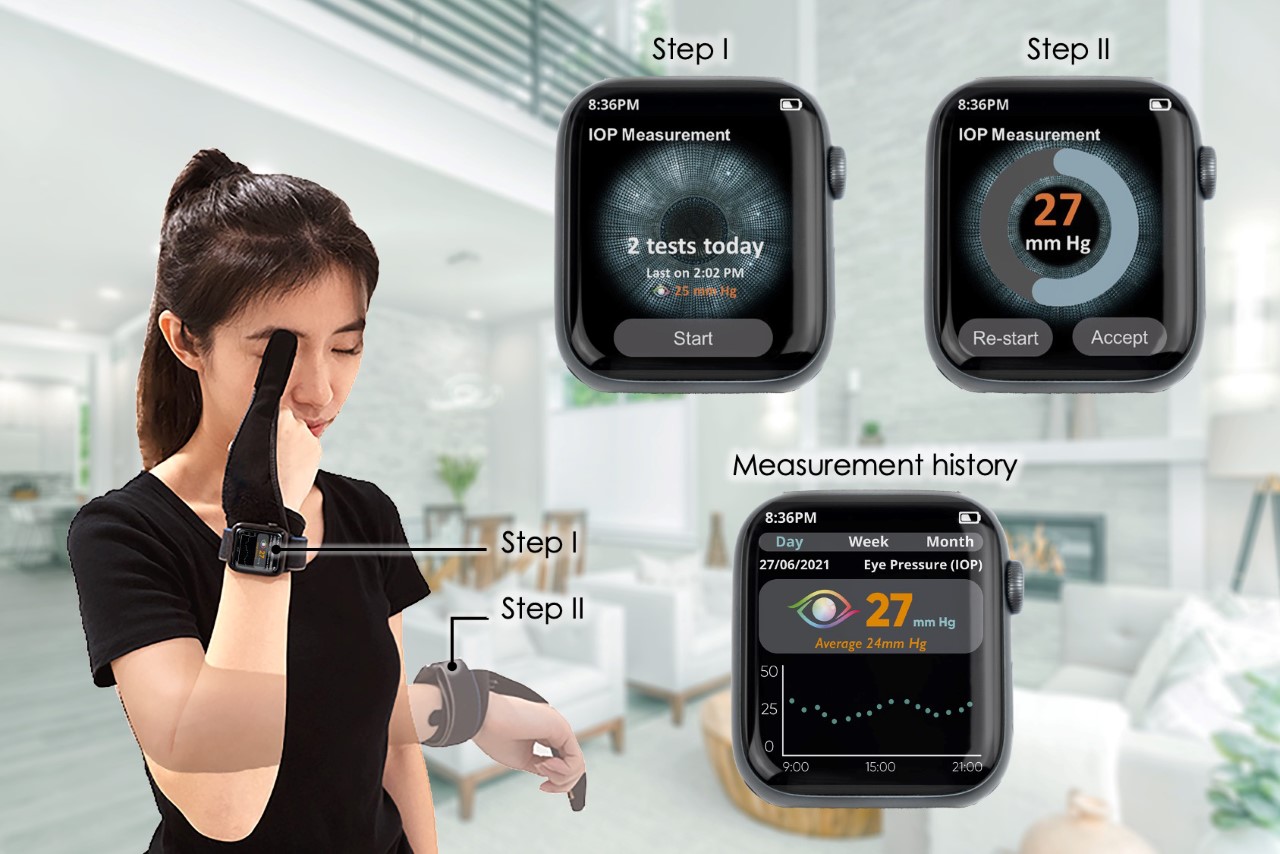 HOPES (short for Home Eye Pressure E-skin Sensor) is a wearable biomedical device that allows pain-free, low-cost, at-home intraocular pressure (IOP) testing for patients suffering from glaucoma. “It turns out that IOP is the clinician’s single metric to assess glaucoma”, mentioned the designers behind HOPES, who were motivated after one of the team members’ fathers was diagnosed with glaucoma back in 2019. Regular monitoring of IOP fluctuation is critical to help determine long-term treatment goals, although at-home IOP testing still remains faulty at best, and inaccurate compared to the Goldmann applanation tonometry method, which still remains the clinical standard for testing intraocular pressure. The HOPES is a finger-glove with a high-density pressure sensor array embedded at the tip, connected to a smartwatch that sits around the wrist.

Using the device is as simple as running the HOPES app and applying pressure on the center of the eyelid with the fingertip. The wearable then lets you know when the test is complete, and accurately calculates the user’s intraocular pressure while comprehensively recording all the test results over the previous days and weeks. The device comes with a one-size-fits-all design, is pain-free, user-friendly, and costs 10x lesser than going to a physician. The design team behind HOPES is currently cooperating with clinicians at the National University Hospital in Singapore to collect patients’ eye pressure data to train their machine learning models They’re also simultaneously optimizing performance and improving on the design and form factor of the HOPES device. Watch the entire video here. 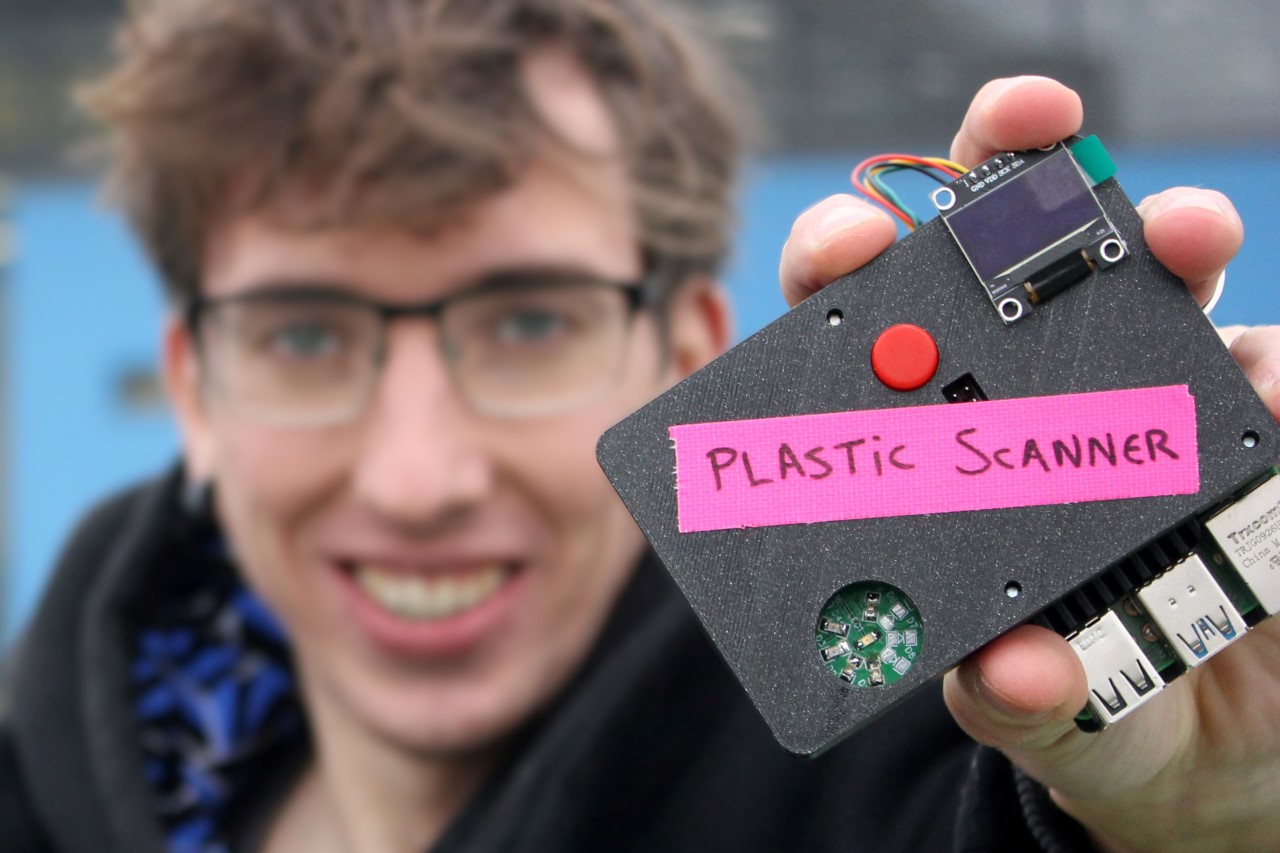 While the idea of being able to scan and identify a piece of plastic doesn’t sound particularly ground-breaking to the average consumer, it could be potentially ground-breaking for plastics recycling facilities, allowing them to swiftly identify and sort out different types of plastics while recycling or repurposing them. Aimed at helping reduce plastic pollution drastically (by allowing them to be efficiently recycled), the Plastic Scanner is an open-source gadget by designer Jerry de Vos of TU Delft, Netherlands. Having spent time as a core team member of Precious Plastic, Jerry quickly learned what a hassle it was to correctly identify plastics while recycling them. “Large factories in Europe are able to sort plastics based on infrared reflection”, de Vos mentioned. “It became my personal mission to make similar technology available for any recycler around the world.”

The Plastic Scanner is a nifty handheld device with an open-source design that can easily be built and modified by any plastics recycling facility, especially in low and middle-income countries. The device uses a discreet infrared spectroscope to identify plastics. It isn’t as accurate as the infrared techniques used by state-of-the-art spectroscopes, but it’s a low-cost solution that’s accurate enough at identifying most common plastics. Currently, Jerry is assembling a team of friends and colleagues to create new prototypes and to do pilot projects in both industry- and low resource settings. Ultimately the goal is to build DIY kit versions of the Plastic Scanner and build out a database of open-source documents and schematics that make it easy for others to build and contribute to the project. Watch the entire video here. 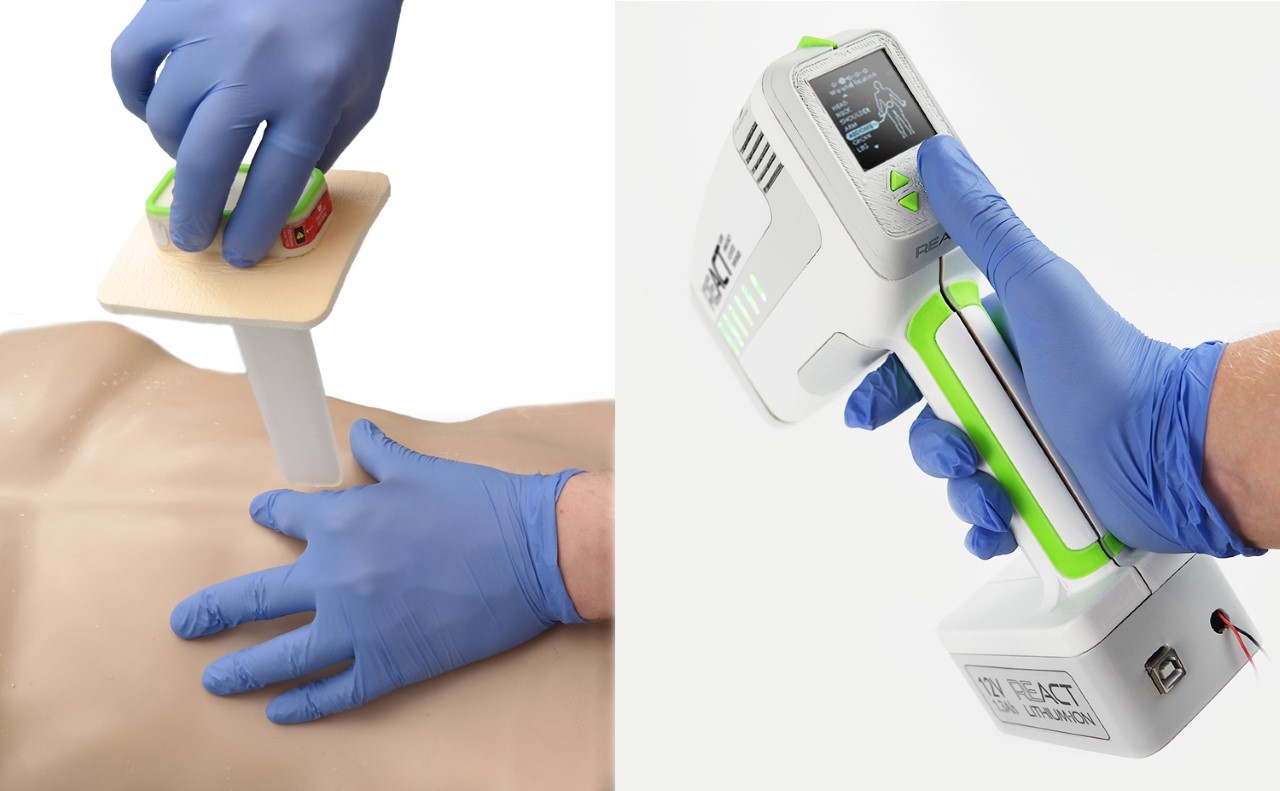 A Medical Winner in the James Dyson Award, the REACT is a new system for stopping bleeding from a knife wound. The REACT system uses a rapid, inflatable Tamponade device that is inserted into the stab wound. The automated inflation of this Tamponade provides internal pressure directly to the bleeding site, controlling bleeding faster than current methods by essentially ‘plugging’ the wound opening. The most common cause of death in a knife wound is blood loss. It takes only 5 minutes to bleed to death, which isn’t enough time for even an ambulance to arrive at the location in most cities. The police are often the first trained responders at the scene, but they do not have access to the tools required to prevent blood loss. The hope is that REACT will change this reality.

The most common training advice to first responders is that if the impaled object is still within the body, to absolutely leave it be. This is because the object is applying internal pressure to the wound site whilst also filling the cavity, preventing internal bleeding. The REACT works on the same principle, effective even when someone is bleeding out. The implantable medical-grade silicon Balloon Tamponade is inserted into the wound tract by a first responder, and pressure sensors within the REACT device help determine how much to inflate the tamponade to provide the right amount of pressure to stop the bleeding. The simple application and automated inflation procedure of the REACT system makes it a game-changer for first responders. The Tamponade can be installed and can stop hemorrhaging in under a minute, saving hundreds of lives a year. It’s suitable for large cavities like the abdomen too, and it is also easy to remove, giving the patient the best chance at reconstructive surgery. Designer Joseph Bentley of Loughborough University has filed a patent on the REACT system, with hopes that it will eventually be developed into a product that saves hundreds of lives every year.

Click Here to view all the James Dyson Award entries for 2021.

What if your furniture wasn’t modular, but rather your apartment was? Inspired by the Nagakin Capsule Tower from the 1970s, the Pod Skyscraper is basically…

Caffeine for the Soul

Here in India, we use the phrase “Ghar ka khana” for home made food. There’s a certain comfort in eating food prepared at home, and…

The Metaverse is inevitable, and it’s already changing product design as we know it

As virtual and physical worlds collide, the way we design and appreciate products will change forever. It’s easy enough to downplay the metaverse as an…

It’s quite funny actually when you think about it; products that you use in extreme conditions, when refined and gilded, suddenly become prized possessions and…