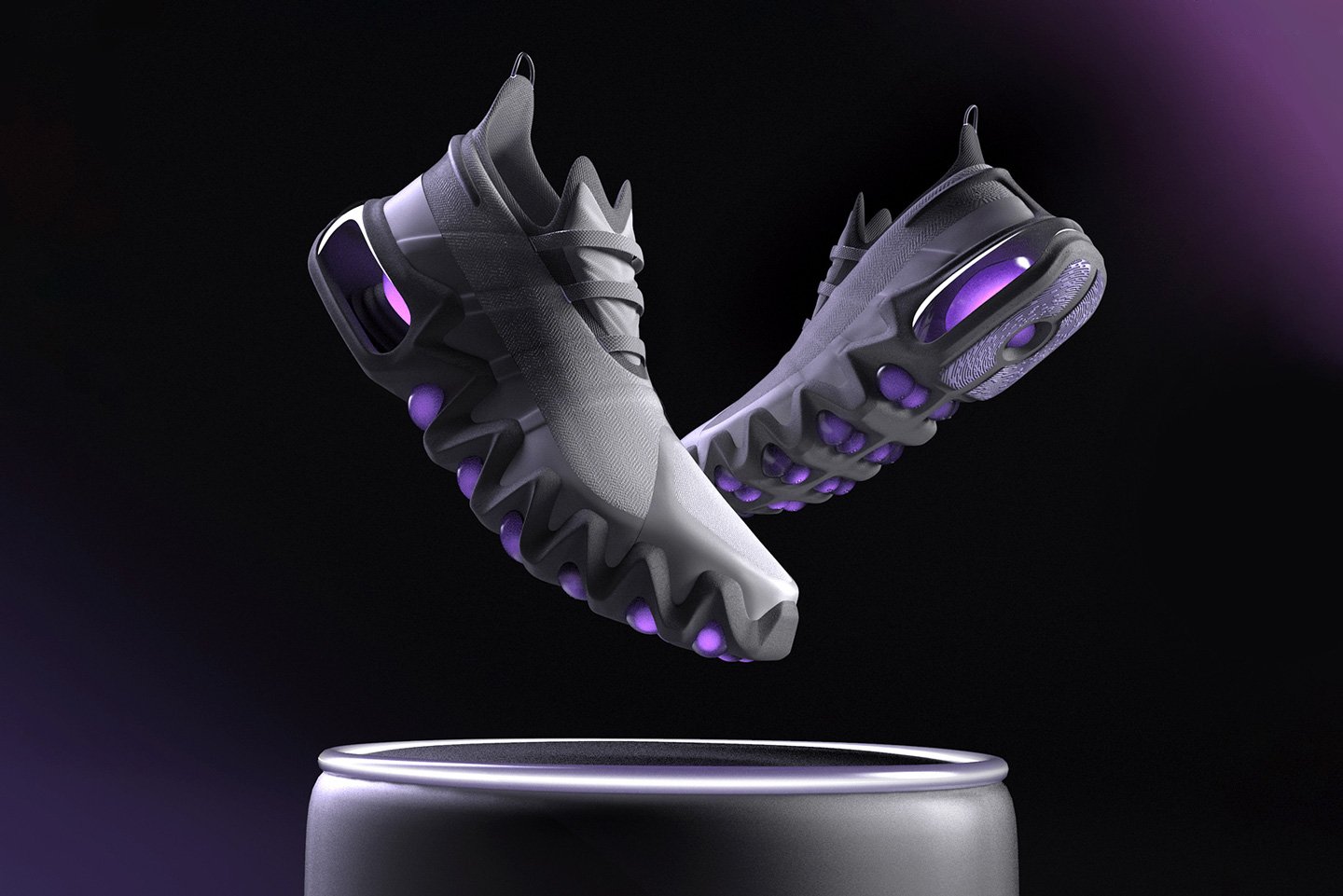 Quite similar to what Nike did with the Joyride sneakers, which used a beanbag-inspired outsole filled with tiny squishy beans, the HYPERBOUNCE concept by Alexander Ordonez explores using the inherent ‘bounciness’ of spheres by adding a series of balloons to the outsole. Not only do the balloons help activate your foot’s pressure points, but they also add an extra spring in your step as you walk, giving credence to the name, HYPERBOUNCE. 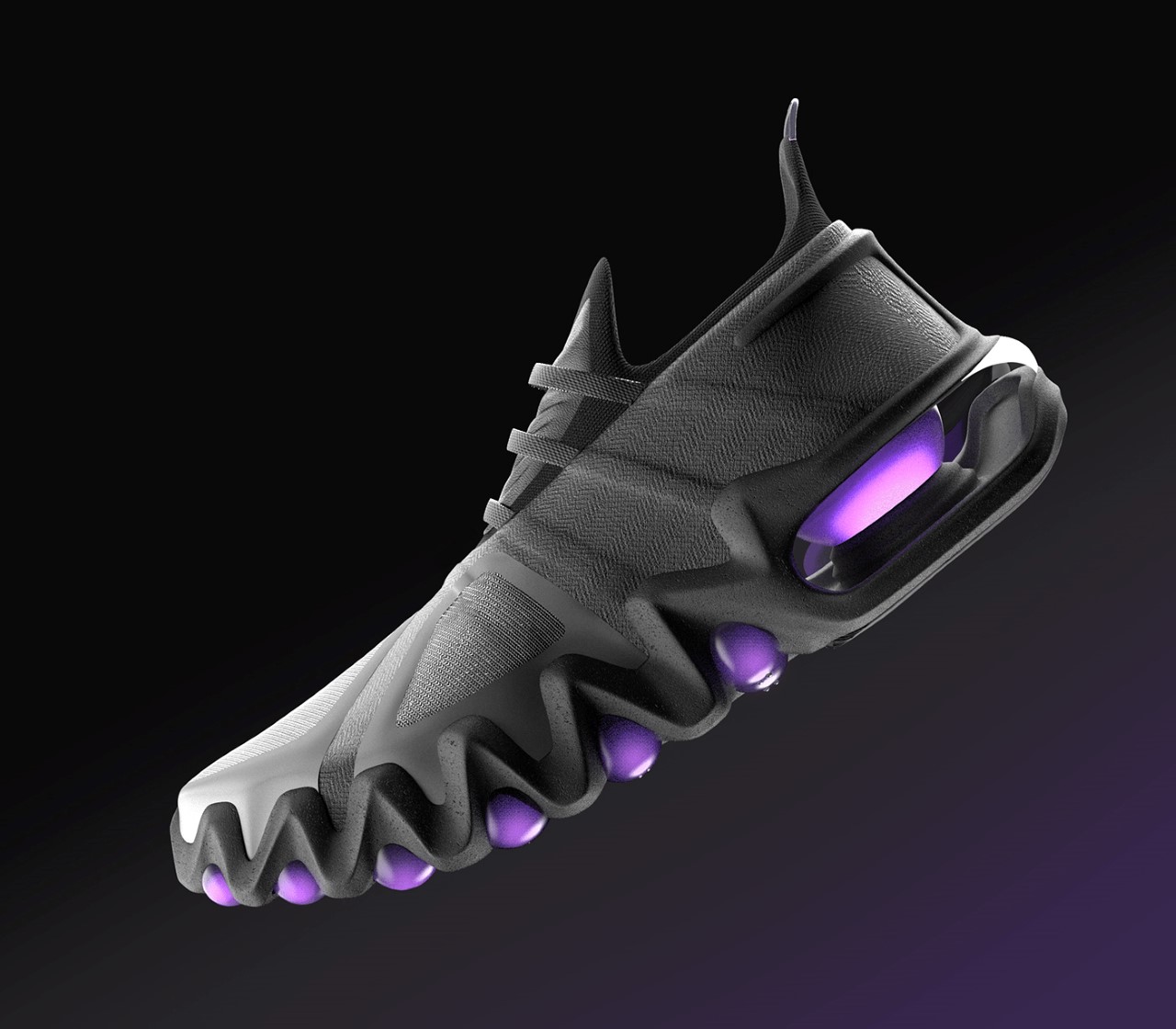 Ordonez, a New Jersey-based footwear designer, created the HYPERBOUNCE as an experiment to push the boundaries of performance footwear by integrating new technology with vivid design aesthetics and product stories. “I strive to create futuristic aesthetics while keeping each design rooted in feasible functionality”, mentioned Ortonez. 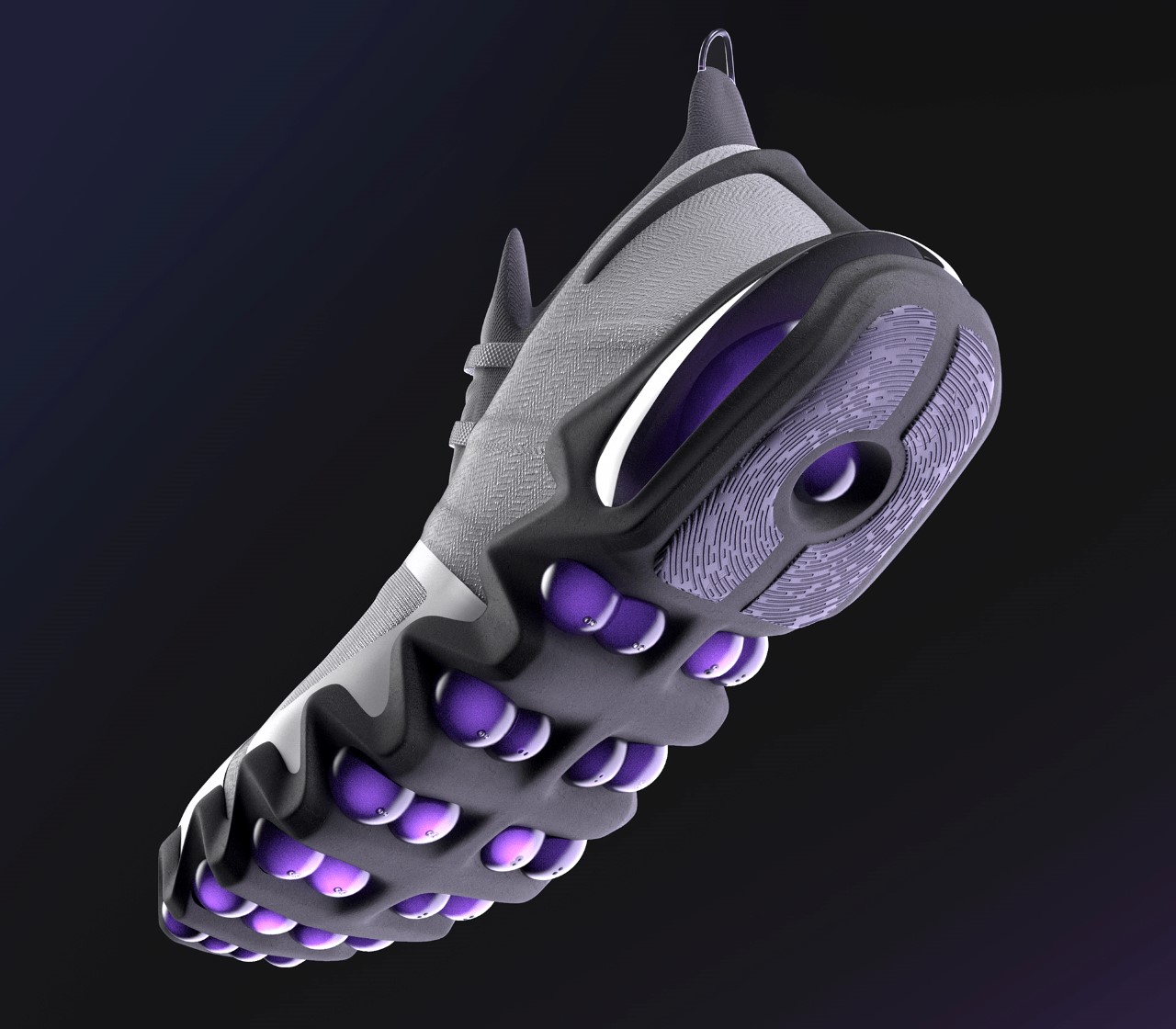 The shoes come with what I like to call a Black Panther aesthetic, sporting a dark gray exterior with purple accents that glow on the inside, much like the Vibranium nanites in the Black Panther suit that glow when they absorb kinetic energy. Although the HYPERBOUNCE sneakers are purely conceptual at this point, it would be extremely cool to see the purple accents and balloons on the outsole glow as you run or walk in them! 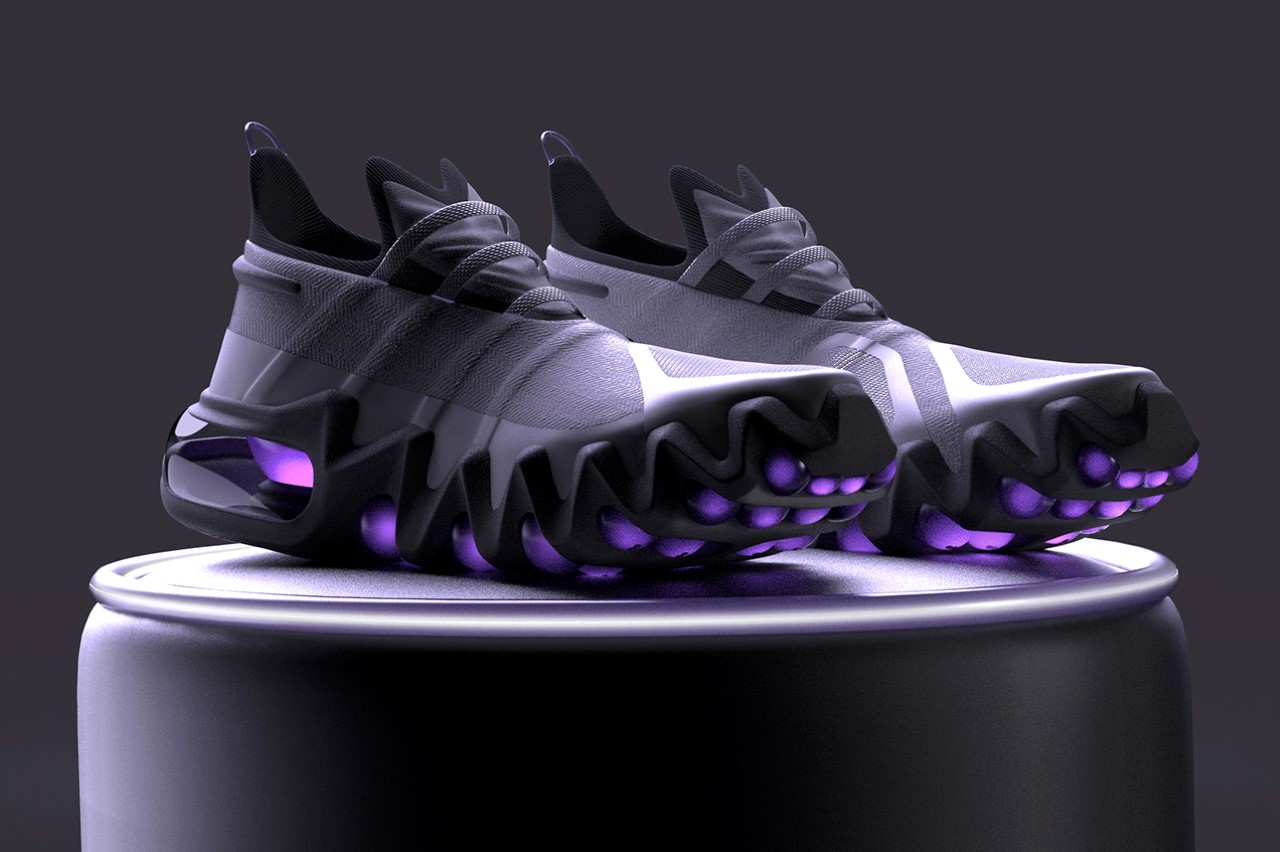 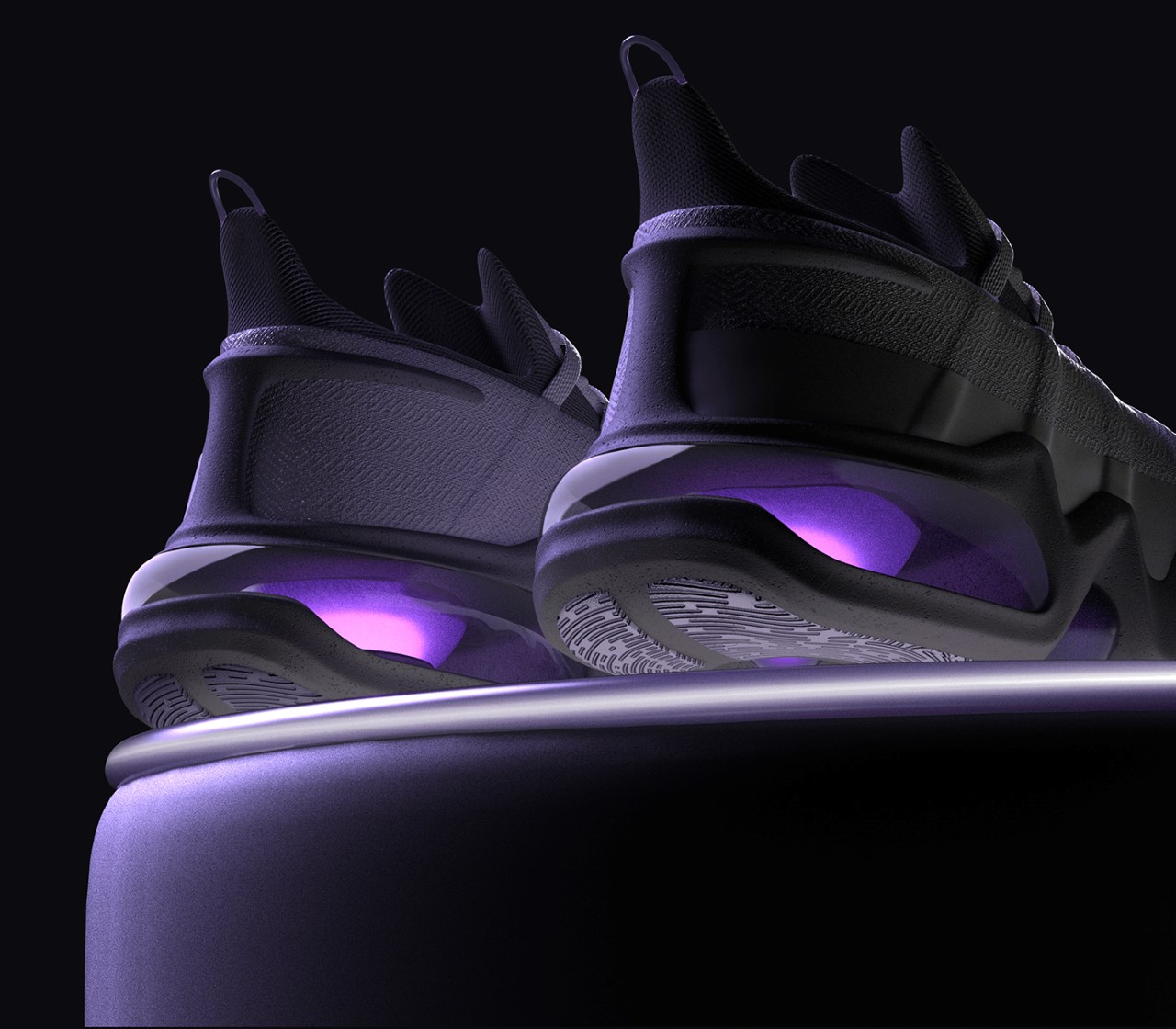 A Mirror for Reflecting

Tableware Designs that elevate eating into an experience!

Having excellent tableware is really important. It has the potential to completely transform your dining experience, taking away attention even from the food. Designers have…

A DIY movable office that doubles up as a storage space for your tools… and comes in a box!