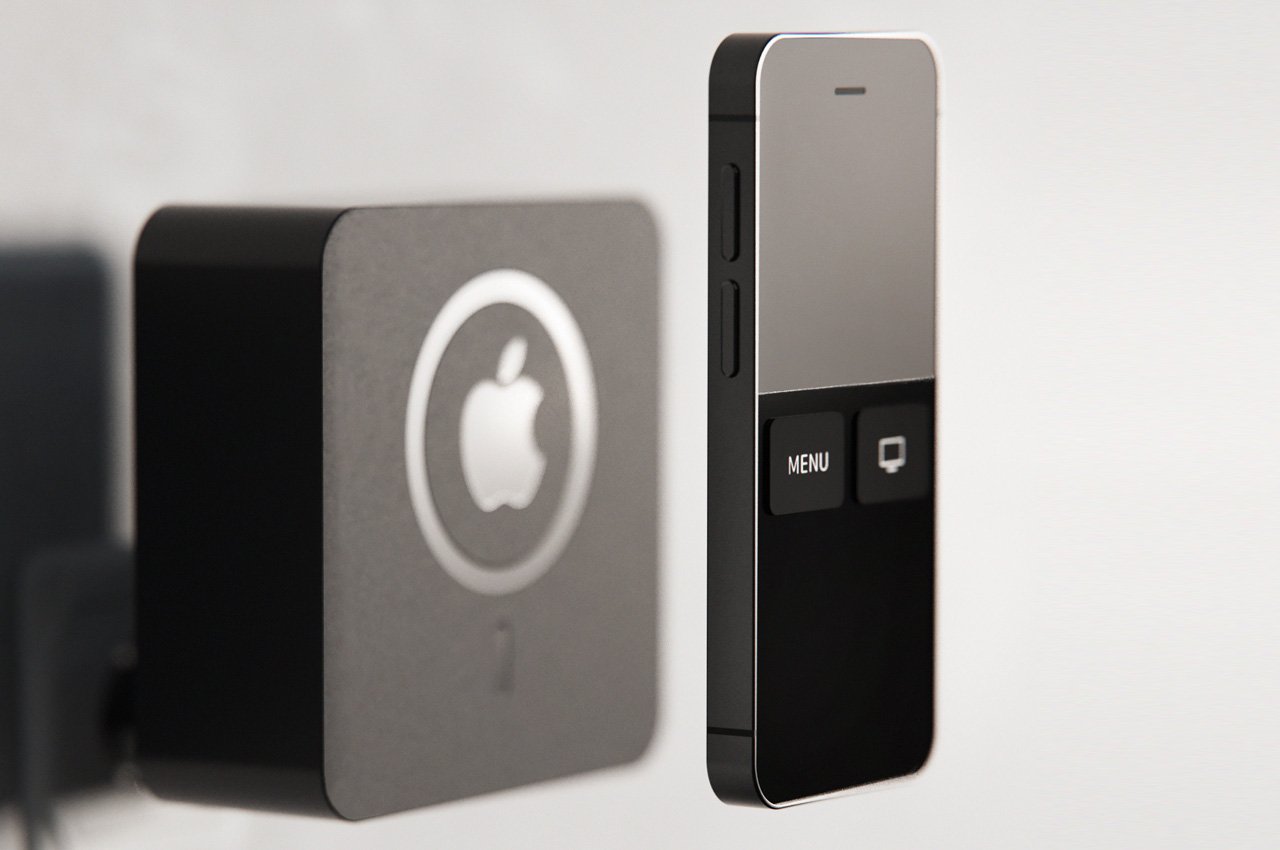 An Apple TV concept that reimagines the set-top box with a wall socket and MagSafe charger integrated. It is paired with an iPhone-inspired remote which is more ergonomic and convenient to use.

Apple this year revealed the second-generation Apple TV 4K, which on appearance itself was an ordinary setup like the previous generations, without any change in design. The biggest highlight, therefore, was not the Apple TV itself, but the remote provided with it. With differences in design, layout and color from the predecessor, the Apple TV remote complemented the refined set of features provided by the Apple TV 4K. Now a designer feels that the refreshed remote, the set-top box’s high refresh rate and Dolby Vision inclusion in the Apple TV were not enough; a more integrated unit is desired! 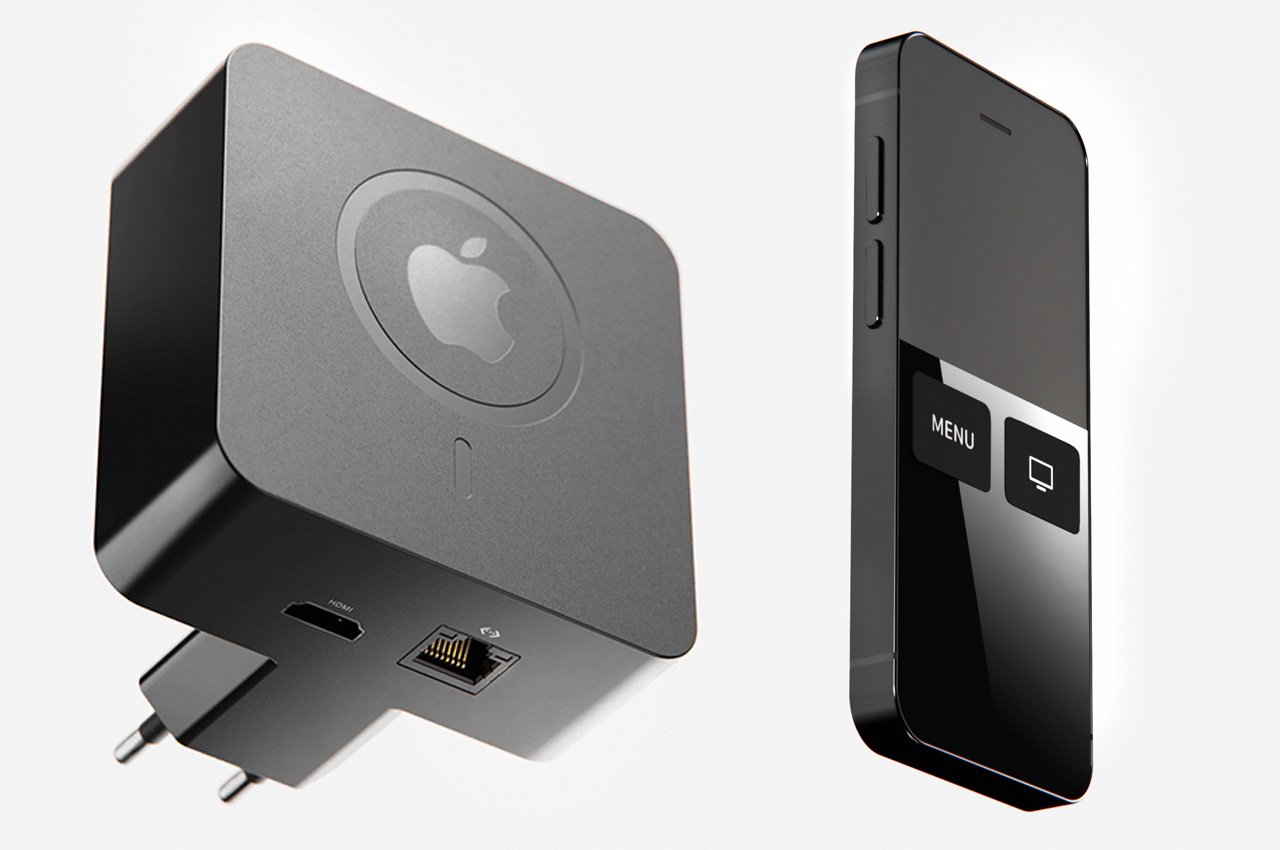 In this vein, designer, Iván Antón has come up with an Apple TV 2021 concept, which comes with a wall plug built-in. Now that’s full marks for the compact build, but the practicality is debatable until we have something like this to use. Taking nothing away from the vision, I’m impressed with the concept of Apple TV’s ability to interact with Siri without the need of a remote. Furthermore, the new concept also integrates the MagSafe charger into the Apple TV unit, so the compatible remote can now be charged conveniently by sticking it to the back of the set-top box. 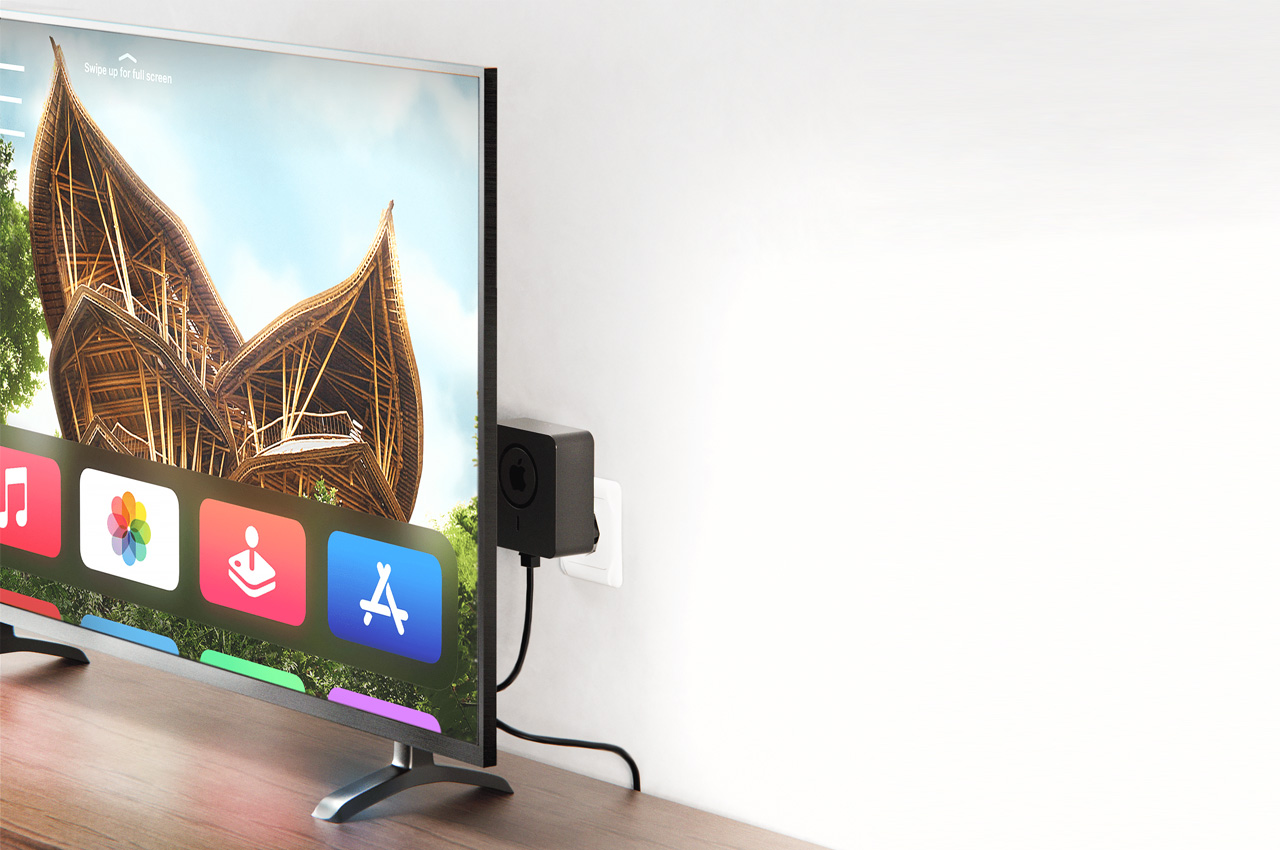 Apple TV is a nice-looking device, but despite its neat appearance, it is still subject to wire clutter. With a built-in wall plug, the Apple TV concept removes the need of a power cable, and thus the power cable slot from the bottom of the device has also vanished. Now you only have an Ethernet and an HDMI port. On the front is the MagSafe charger with the Apple logo in the bang center. 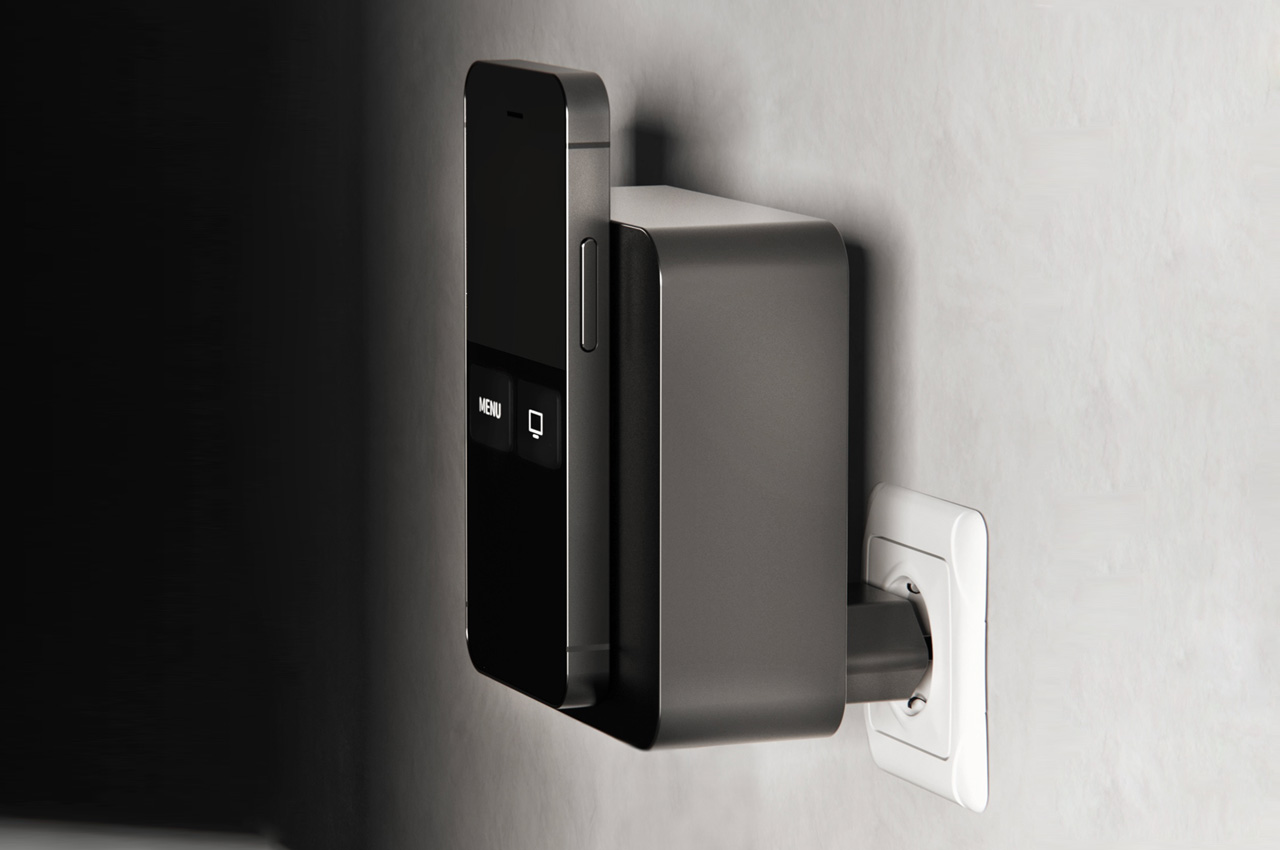 Other than the reimagined Apple TV, the designer has also rethought the remote. The Apple TV 2021 concept comes with an iPhone 13-esque remote control. It is divided into two halves – the top featuring a trackpad (to scroll through the menu) and the bottom section featuring two sizable Menu and Home buttons. The volume rocker and the Siri buttons are moved to the sides, while the back of the device features MagSafe. The remote can cling onto the Apple TV box and recharge effortlessly. 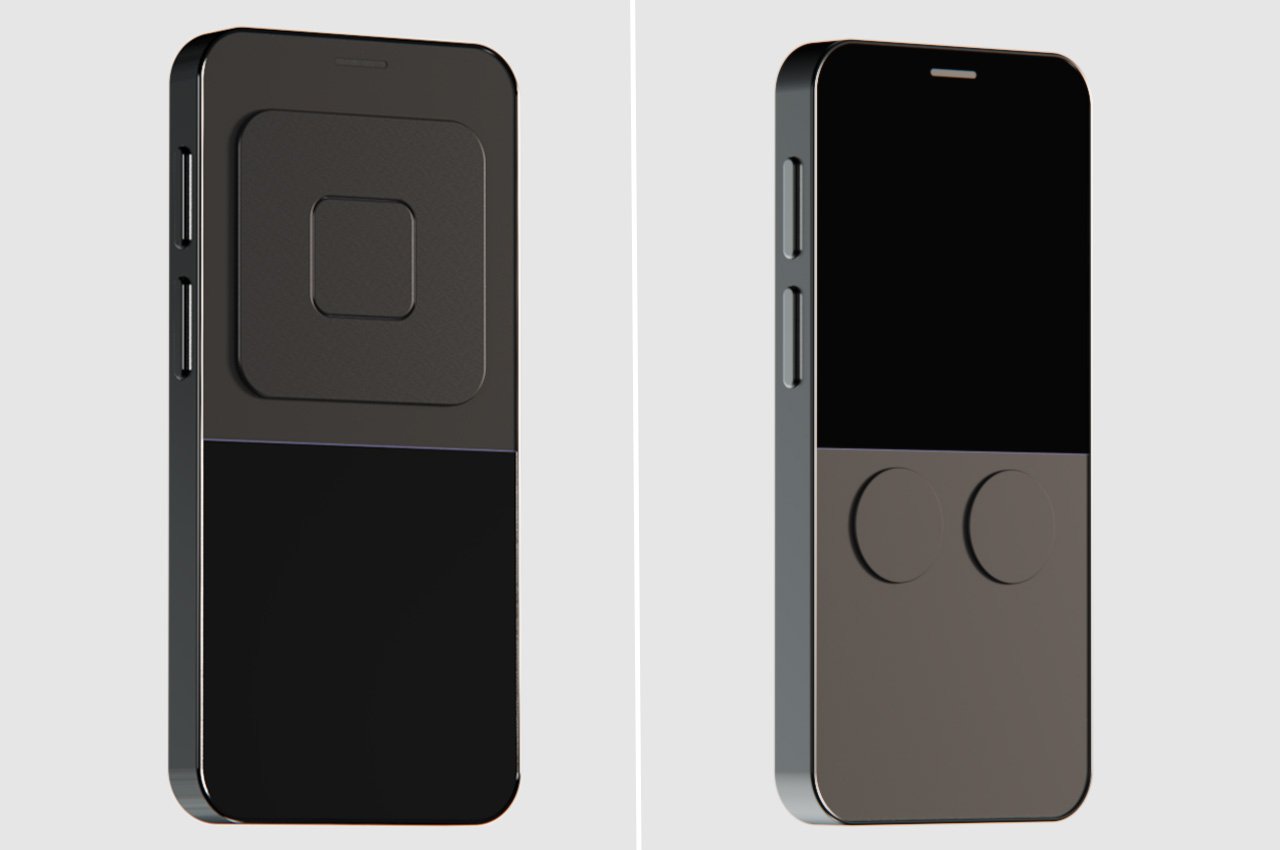 This conceptual Apple TV is nothing remarkable from the word go, but I really like it for the integrated wall socket, which makes the set-top box look a little ordinary, but will go a long way in minimizing wires around the TV set. Additionally, the iPhone-style remote with the ability to wireless charge from the Apple TV unit itself is something Apple can take note of! 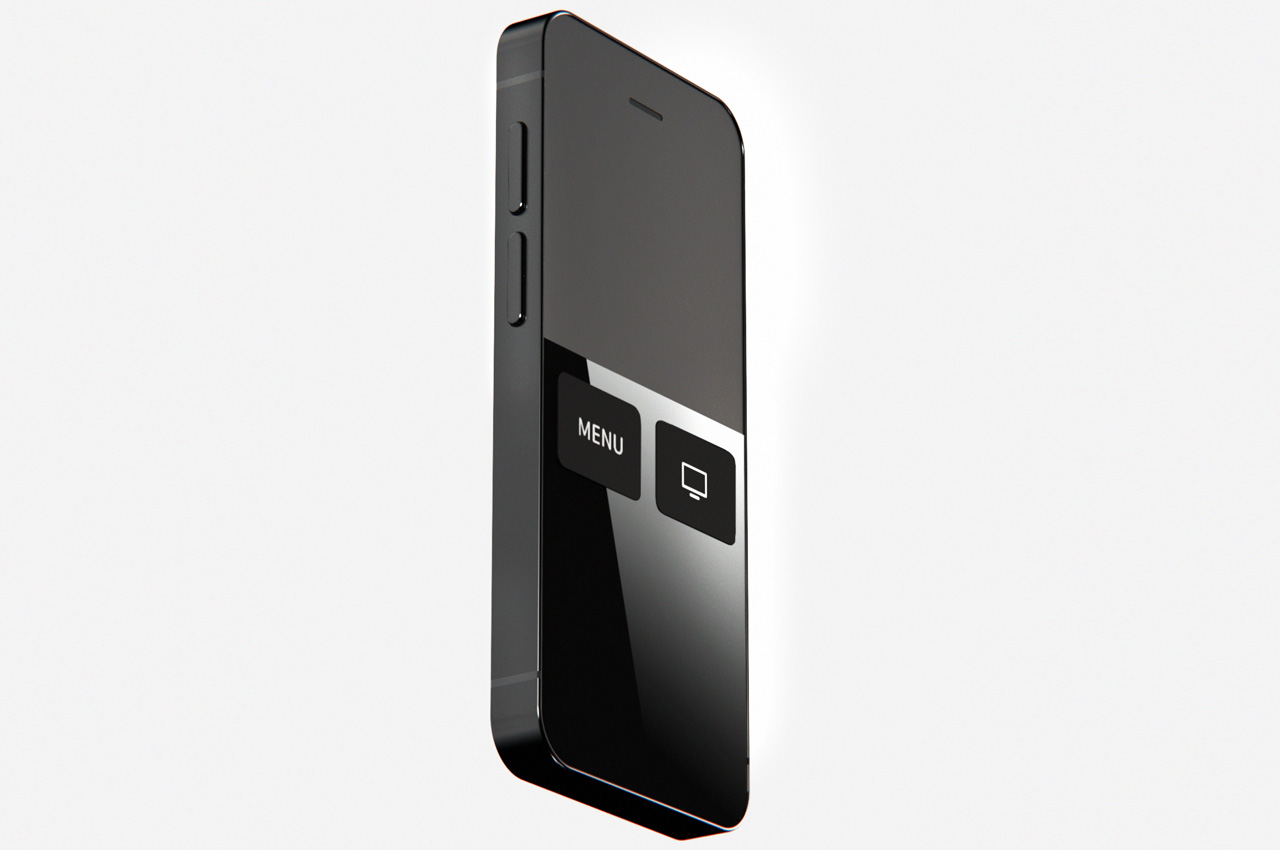 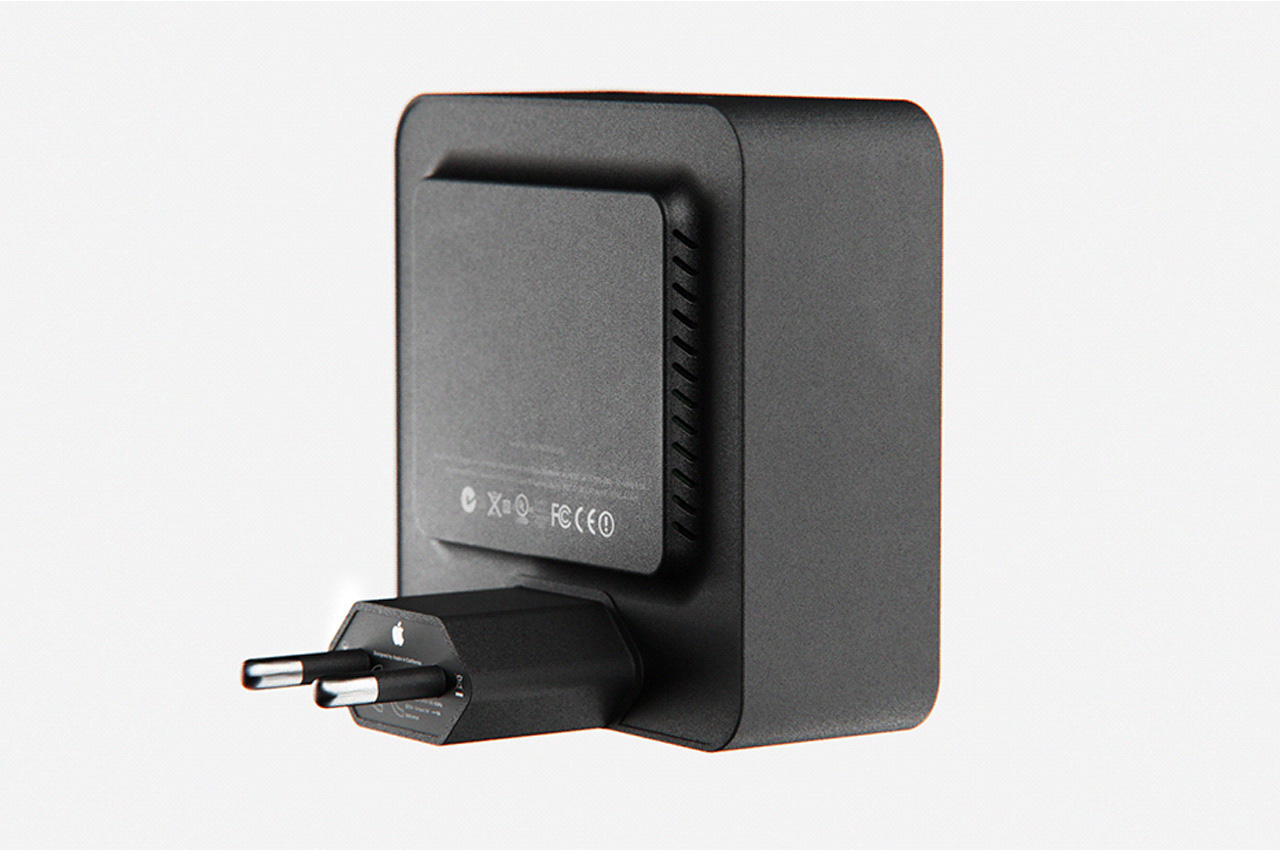 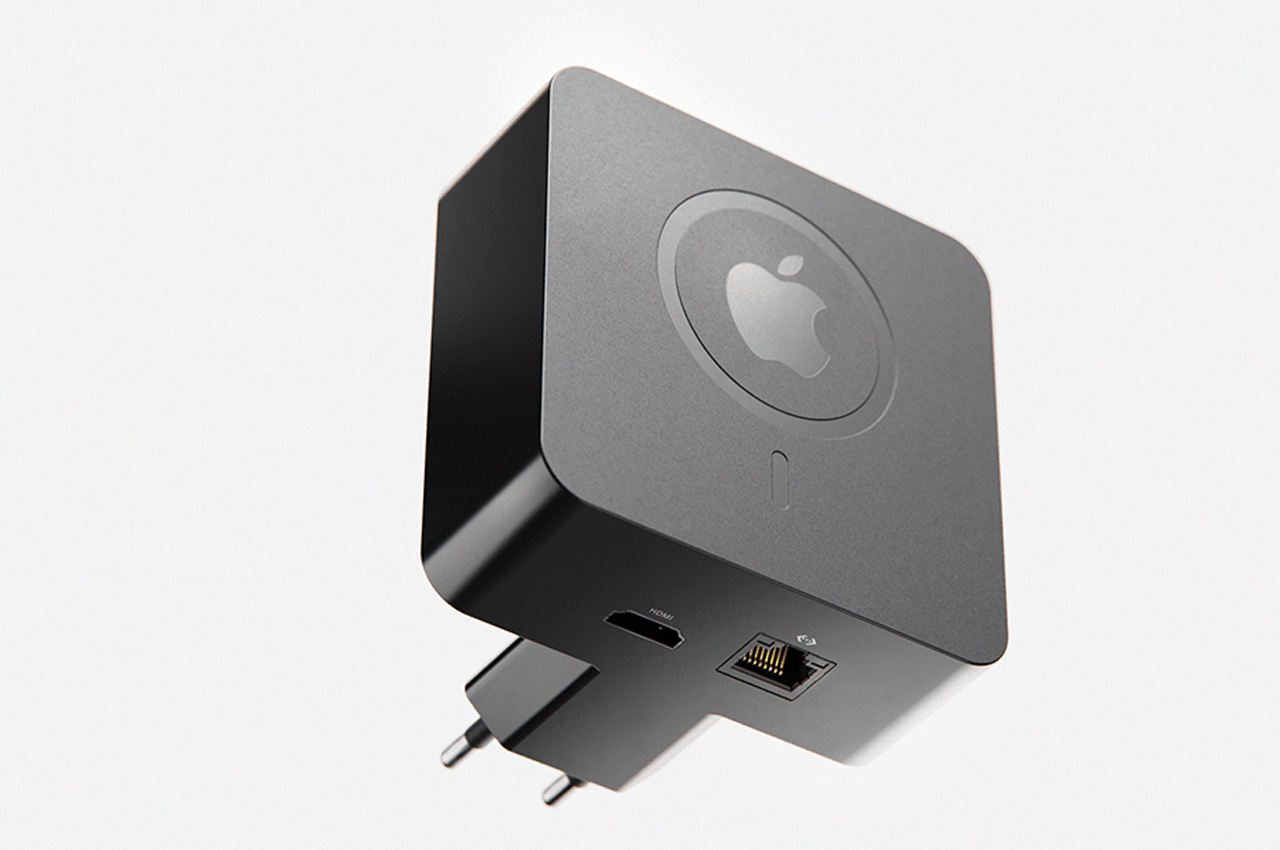 Keeping a house plant alive can be more challenging than most people think. Some plants needs more light and less water, while other pot dwellers…

This vintage vinyl table with a tambour door will take you on a trip down memory lane!

Though I may not be one myself, I am well aware of how protective owners of Vinyl records are. Add a turntable to the mix,…

Just like the name suggests, the TAKEME trike aims to tag along with its user everywhere they go. Designed with the elderly in mind, it…

Bored of your board?

Try the Bambleu cutting board! It’s is a 4-in-1 folding design that is great for compact storage, easy pouring into pans, crushing of garlic/shallots, easy…