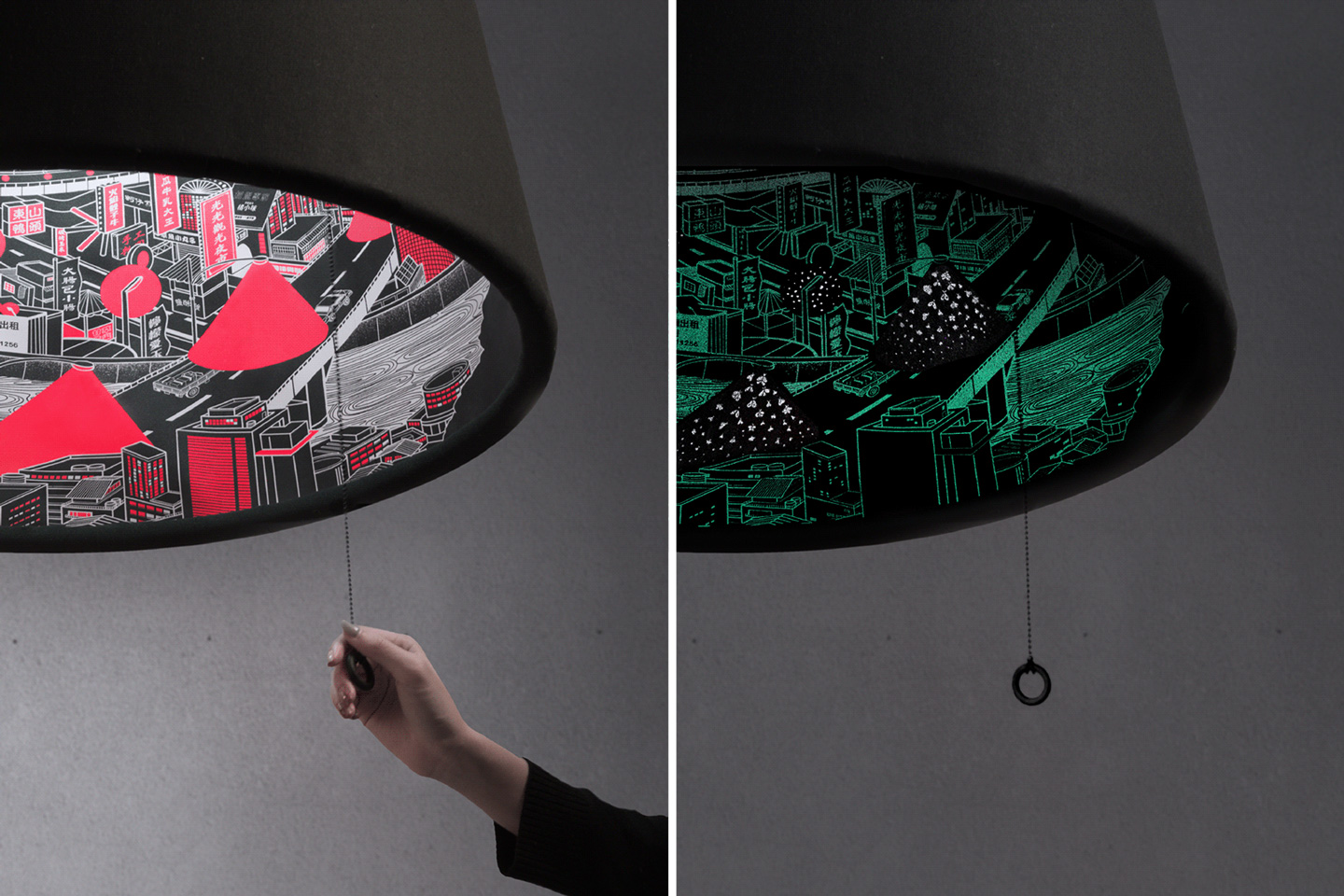 Can you remember the last time you looked up at the city sky and saw the stars? Chances are if you live in a metropolitan city, you’ll barely be able to see any stars in the sky because of how bright your surroundings are. It’s a phenomenon referred to as light pollution, or the presence of so many artificial lights that it results in ‘wasted energy’ in the form of light particles that ‘litter’ our skies. Unlike noise and dust pollution (which have pretty noticeable effects on our wellbeing), light pollution’s negative impact isn’t noticeably adverse, although it’s known to mess with our circadian rhythms, our mood, visibility, and the environment. 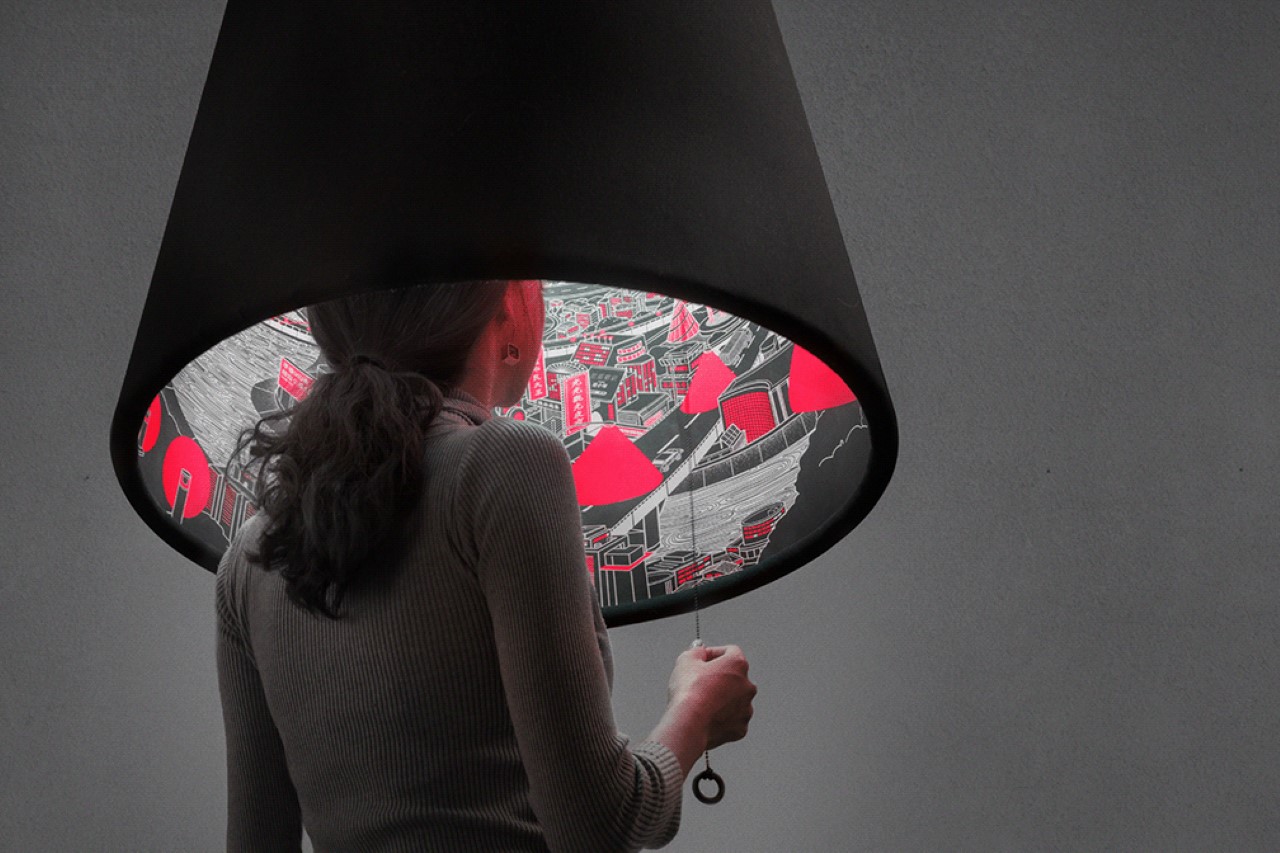 For billions of years, most of the earth has been used to a pretty fixed cycle of having the sun out for half the day, and darkness for the other half. Most plants and animals rely on this consistent pattern of day and night, but urban setups interfere with this cycle because cities are constantly artificially lit during the night. Notably, plants bloom open during the day and shut during the night – a process made rather difficult around streetlights or in indoor settings. Nocturnal animals find living in cities exceptionally difficult too, since years of evolution have equipped them with the ability to see and forage/hunt in pitch darkness, and well-illuminated cities often making hunting difficult with their bright lights, loud sounds, and fast-moving cars. The ill-effects of light pollution aren’t immediately apparent to us, but they affect our environments – something that designers Hao-Mei Wang and Pei-Tzu Ku are bringing to the forefront with their series – Trapped In Light. 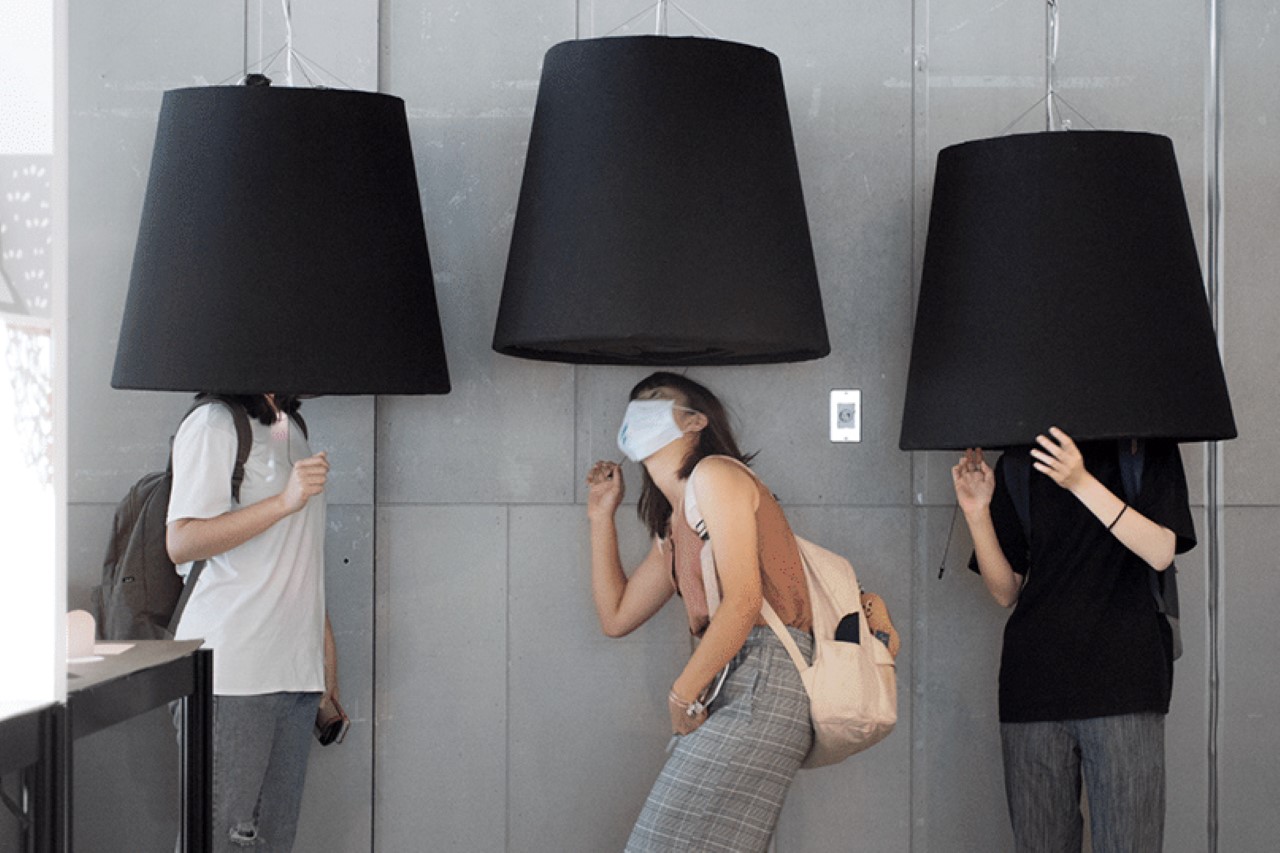 Trapped In Light is a series of immersive experiences that tap into our empathetic side by allowing us to understand how nocturnal creatures feel in light-polluted cities. The lamps are positioned at eye-level, and require you to stand with your face inside the lampshade. The inner surface of the lampshade comes painted with cityscape artwork that is illuminated by the lamp’s bulb. Switch the bulb off, and you’d expect things to go dark, but the lamp begins glowing thanks to a coating of phosphorescent paint. You’re never in pitch darkness because the ‘city is always glowing’, and while humans are diurnal in nature, it’s easy to understand how difficult it can be for animals that need the dark to survive – either to navigate environments, to hunt, or to avoid being hunted. 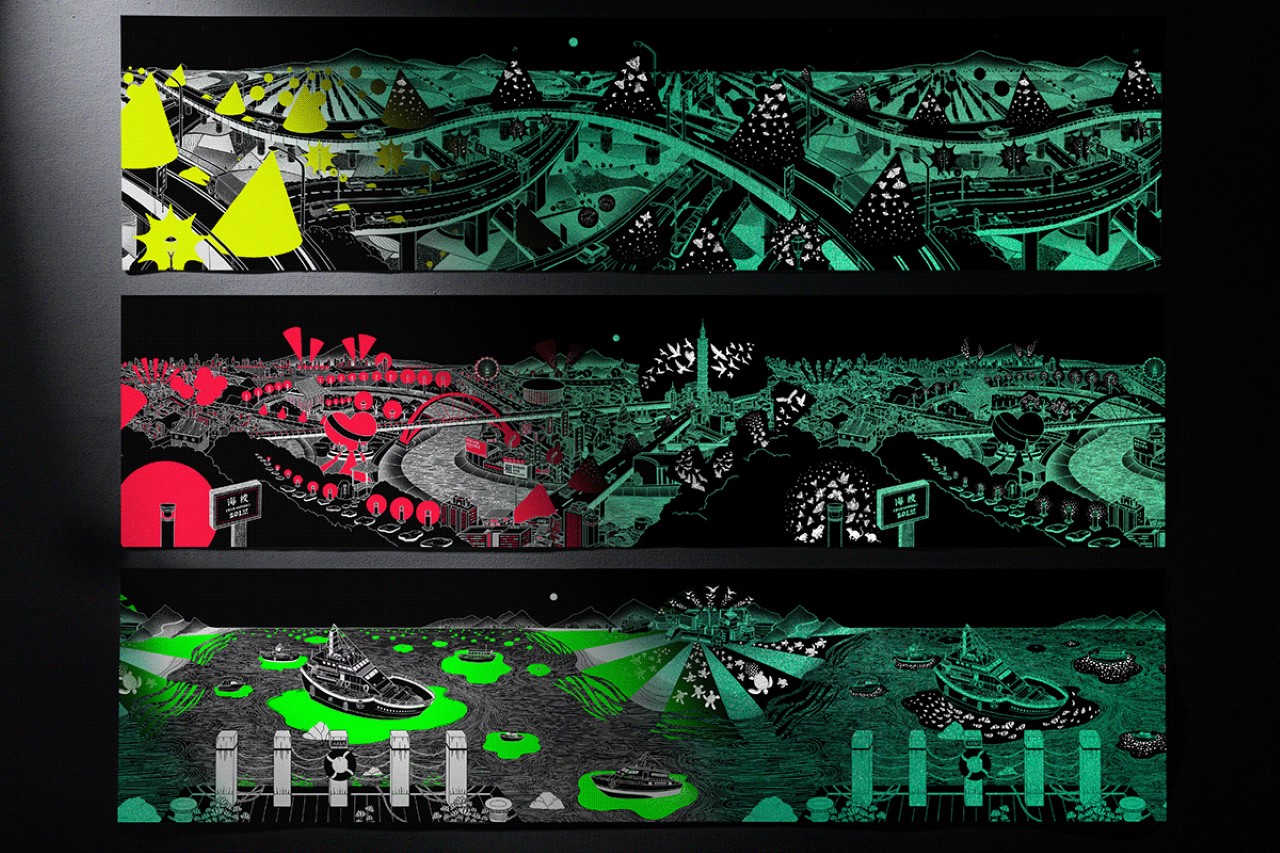 The lamps, which were exhibited at the Taiwan Tech University, have an eerie appeal to them. You immediately feel a sense of being trapped because there’s no escaping the city. Even in the darkness, lingering lights from buildings, windows, roadsides, mobile screens, somehow find their way to you. Even the sky gets so illuminated by the stray photons of light that you can’t see the stars up above… a price that seems pretty small for humans, but goes against the very process of nature for some animals and plants. 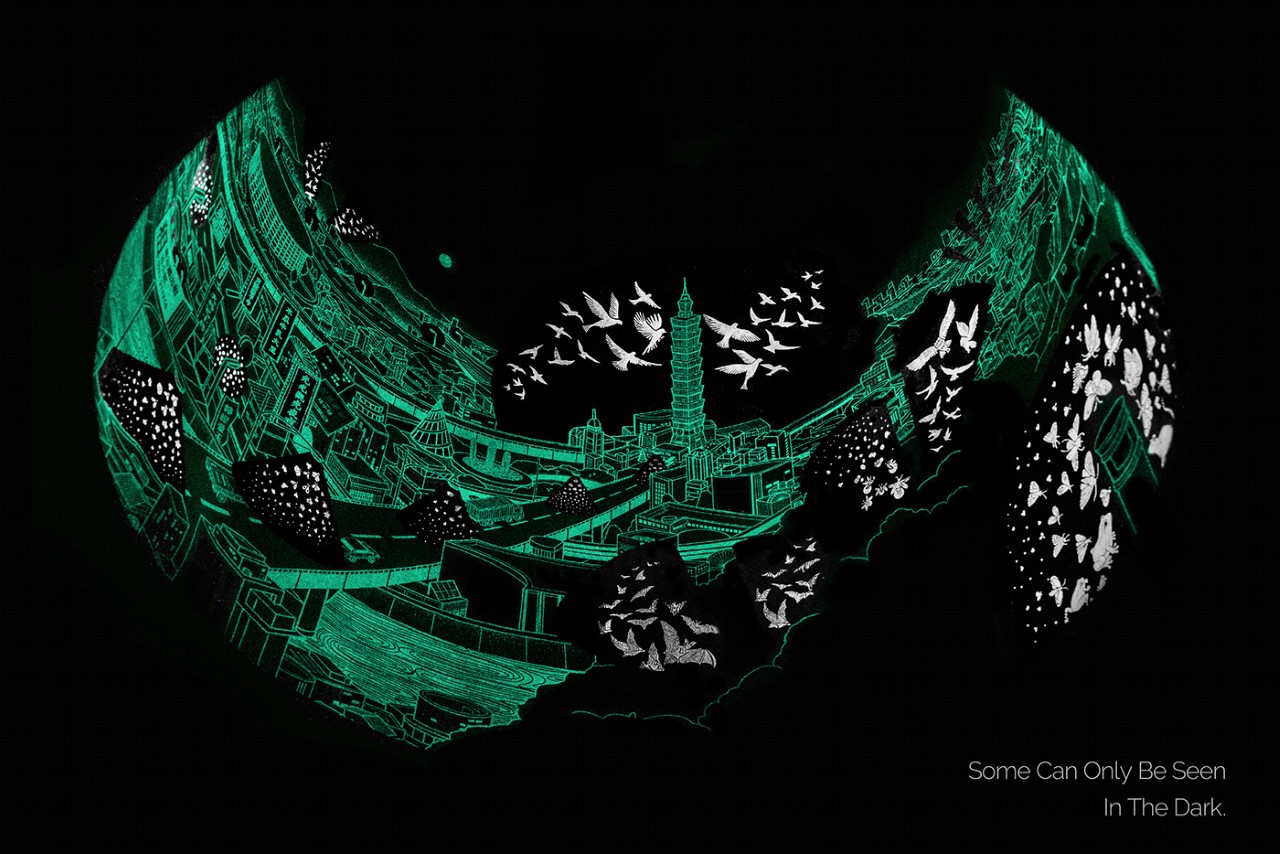 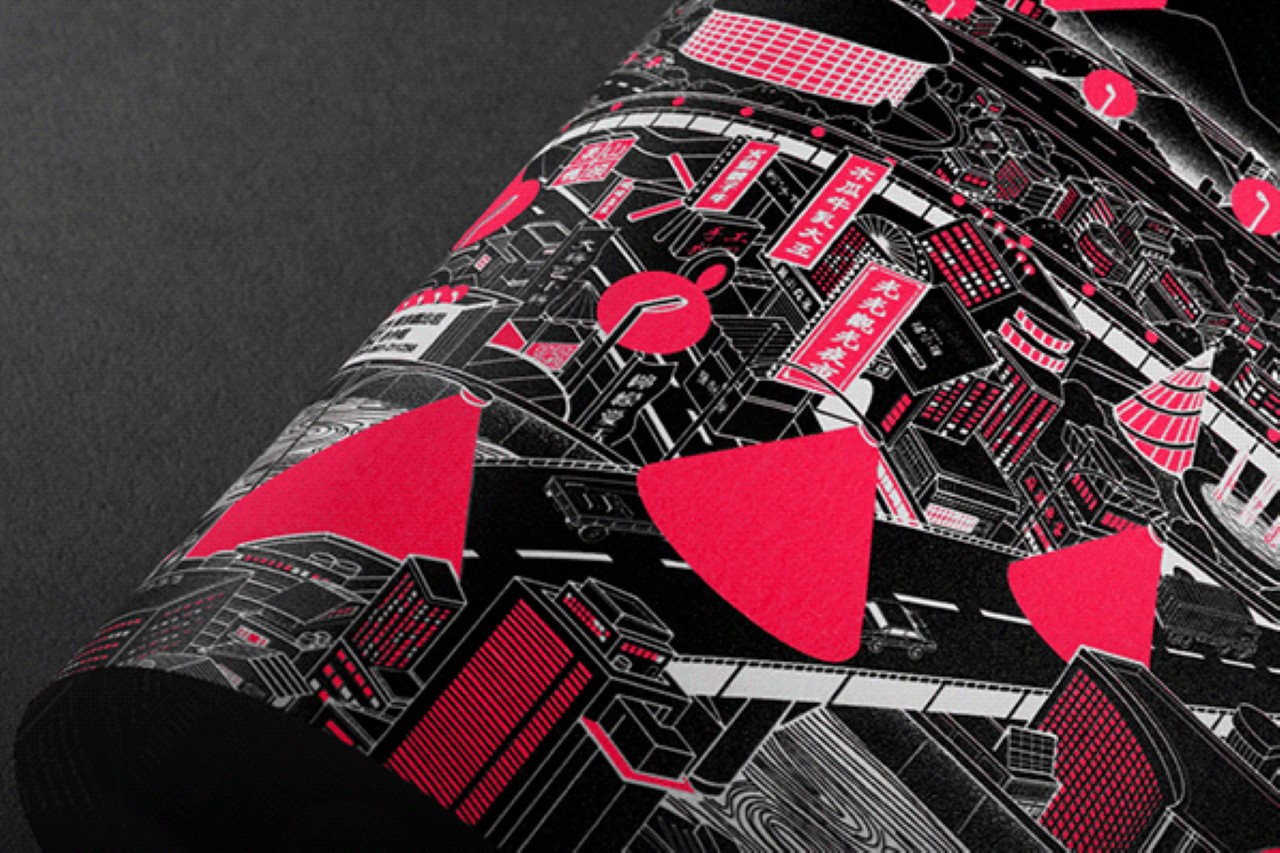 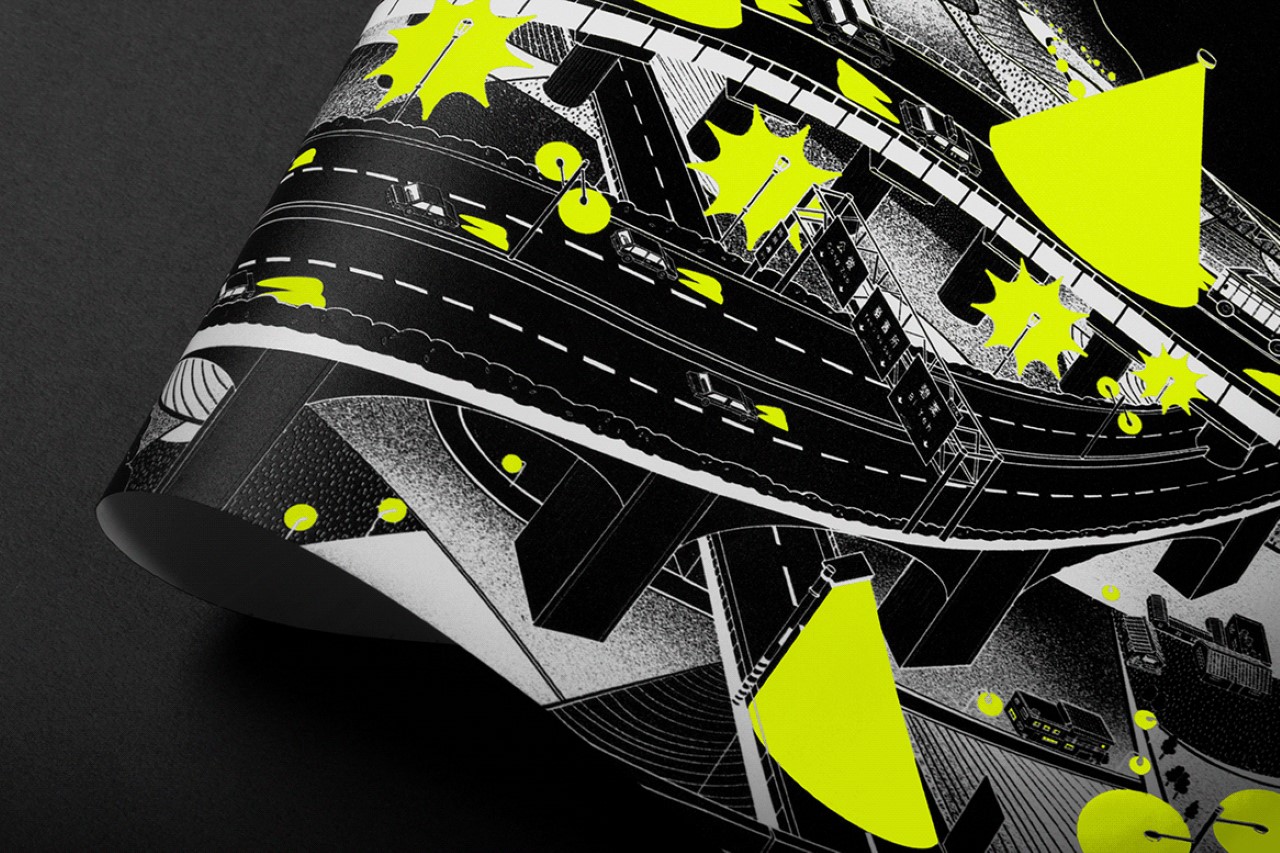 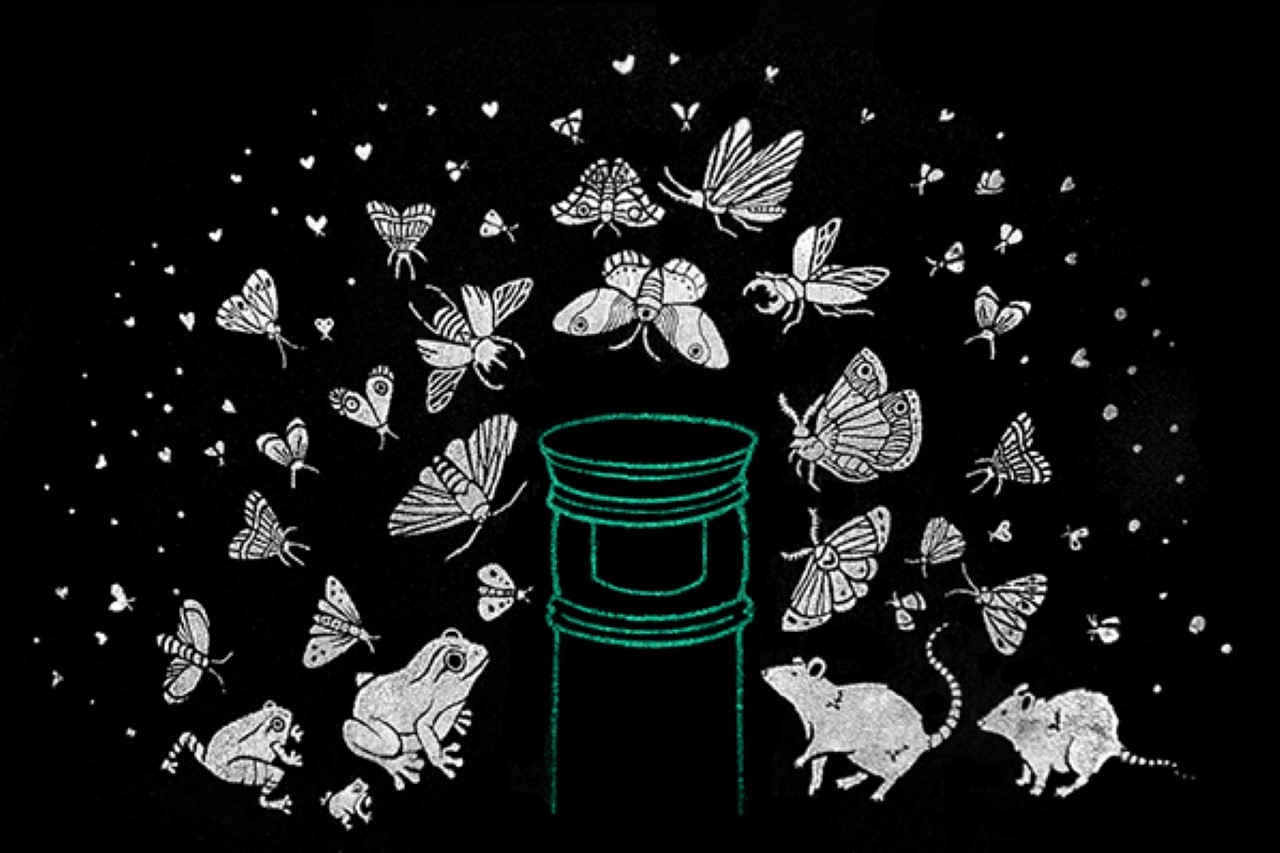 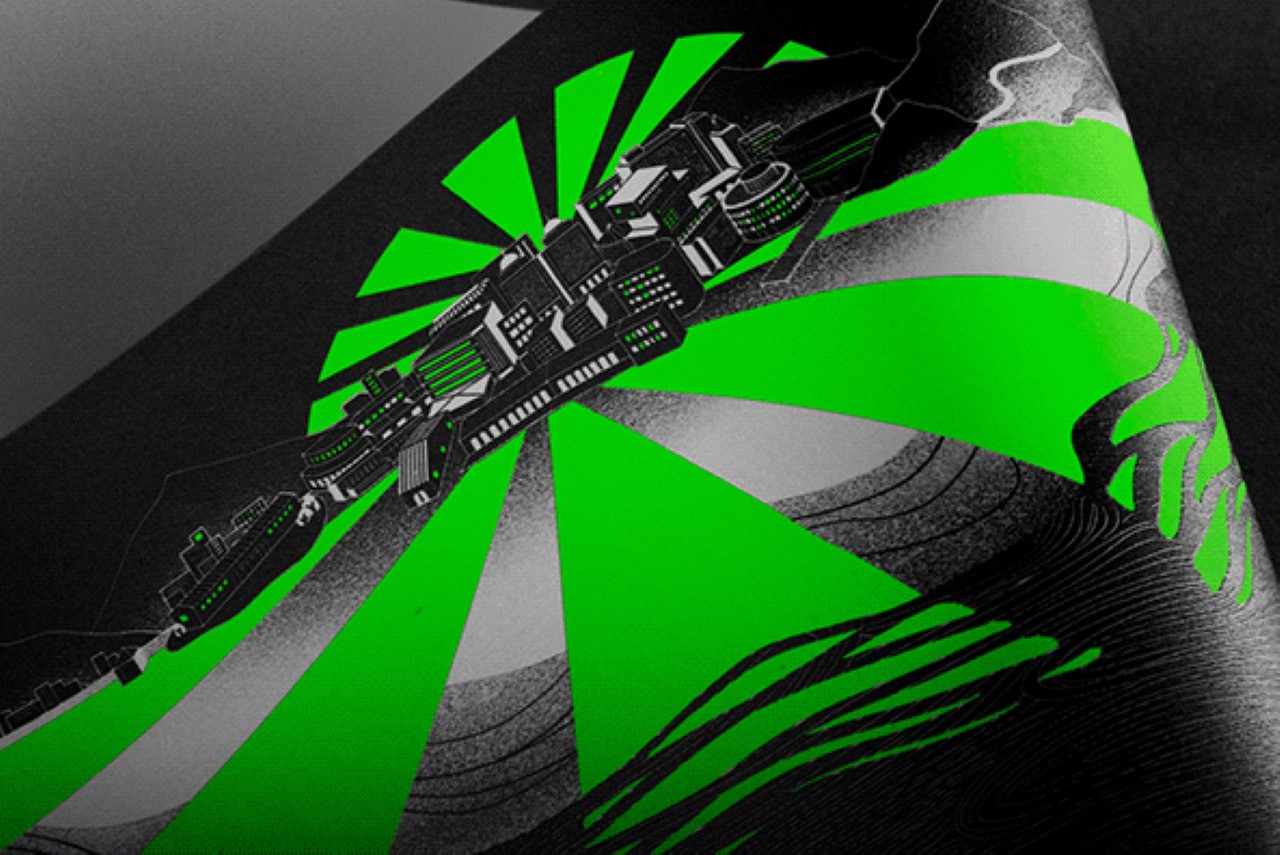 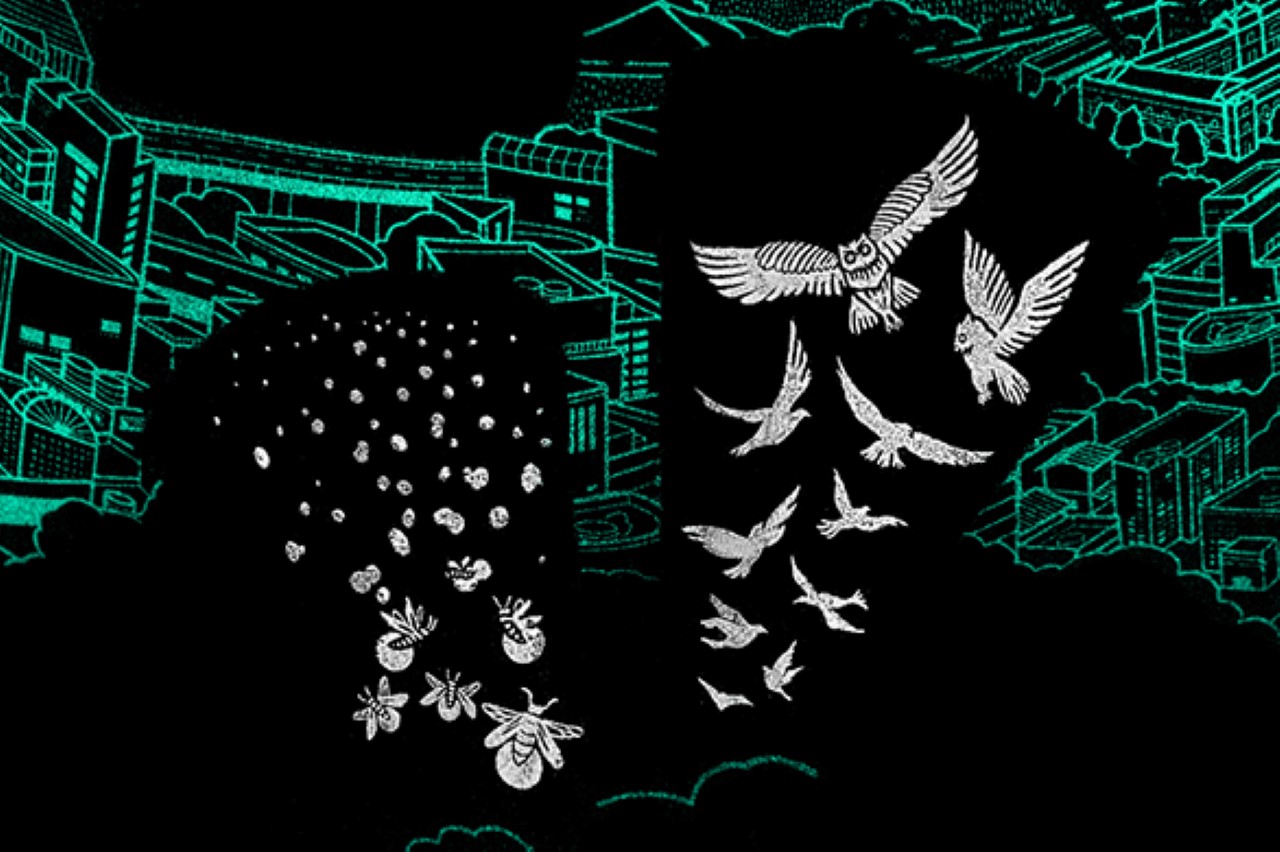 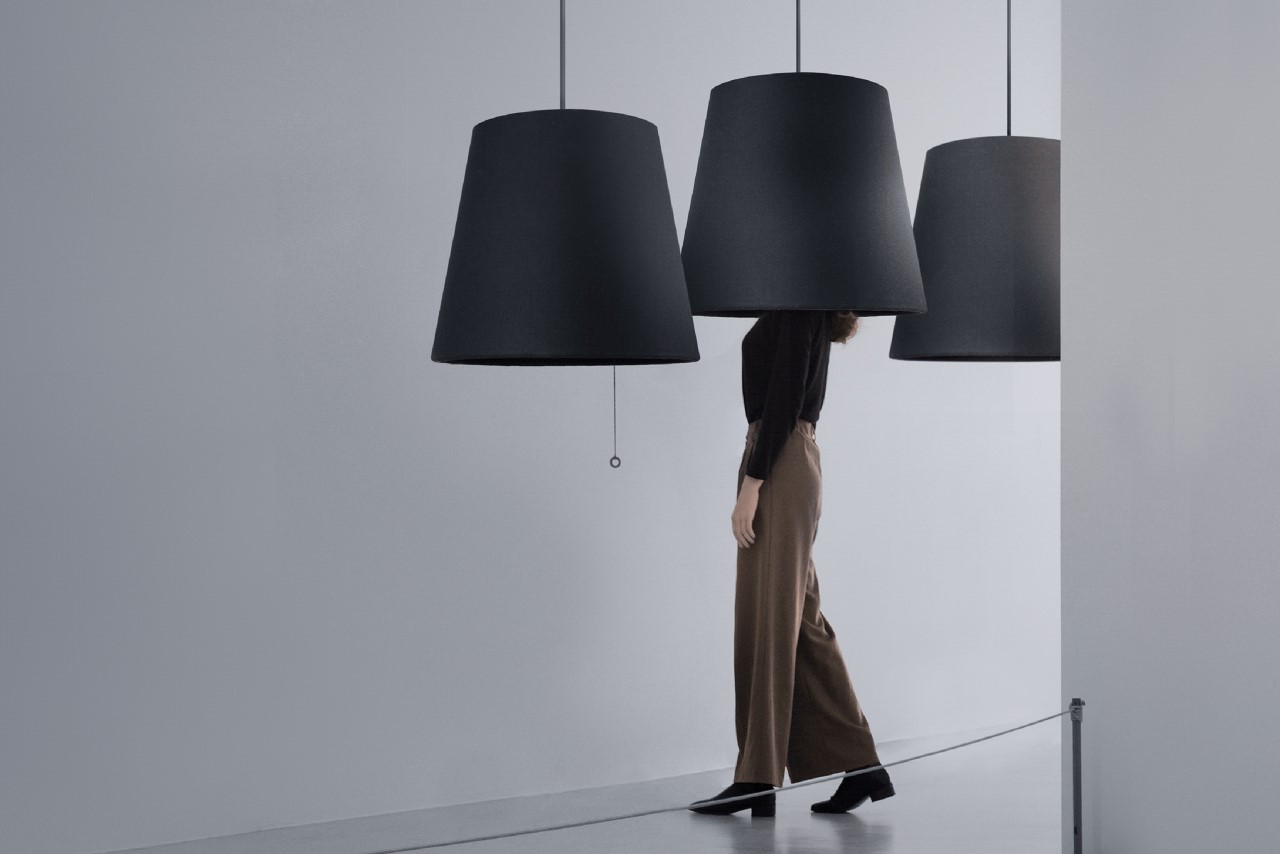 Winter is coming… but that doesn’t mean you have to be left in the dark! Perfect for cold weather, the “made in vain” light was…

A Halo of Light to Save You

Totally intrigued by the Hydralamp. It has a unique cooling system that extends the LED bulb lifetime to 50,000 hours. The lamp is also an energy saver….

Giraffe Street Lamp is a very cute self-sustaining swing design that provides illumination at night. It harnesses kinetic energy each time you swing and as…