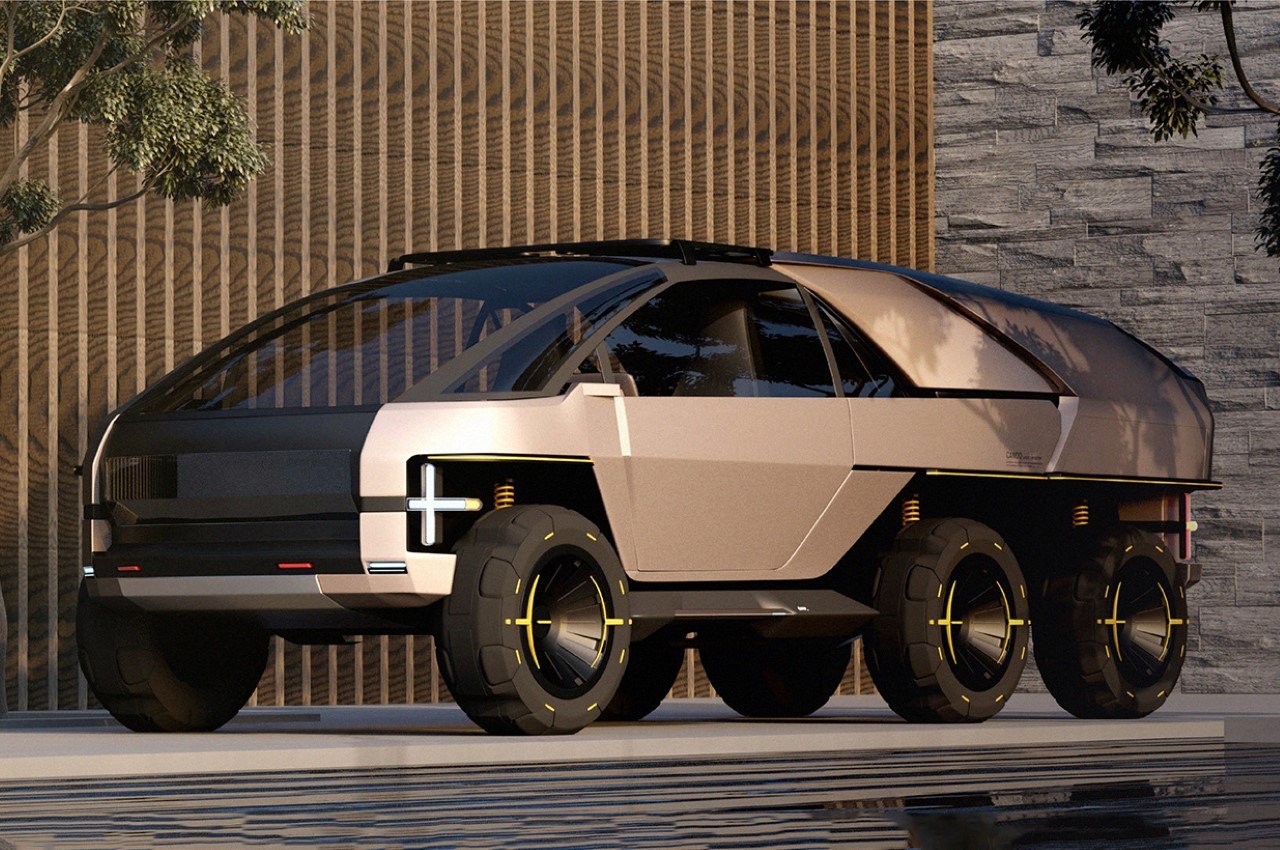 Calling the Anyroad a traditional pickup truck wouldn’t really be accurate, given its proportions and its designs, but it seems like the most sensible thing to call it. What IS the Canoo Anyroad, though? Well, it’s got elements of a city car, a pickup, a recreational vehicle, and an ATV. In short, it’s the perfect vehicle for living in a city apartment, a suburban home, or even the great outdoors.

The Canoo Anyroad’s real purpose lies in its name. Of course, one could just throw the word Truck into the name and call it a day, but the Anyroad really sort of blurs the lines between the different car categories. It comes with an incredibly minimalist design (in signature Canoo style) and even boasts of those iconic + shaped headlights and taillights (there’s a clever detail within them too that I’ll talk about later). The automobile exists in two parts (as visible in the image below) that separate into a car on the front, and a collapsible tent at the back. The car runs independently and comes with a bed that’s much shorter than the ones found on traditional pickup trucks. However, plug the folding tent-unit in and the Canoo Anyroad is complete; ready to be driven anywhere for a weekend getaway. 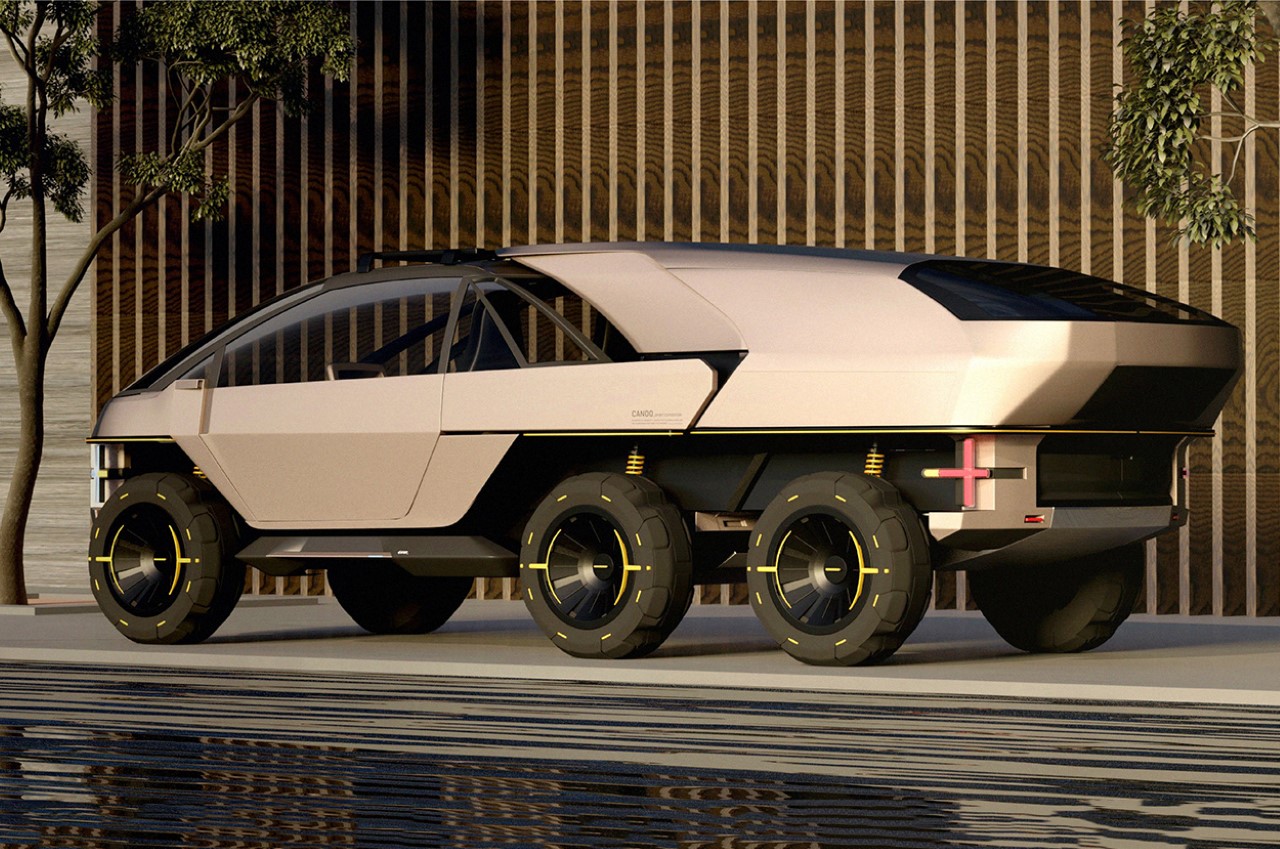 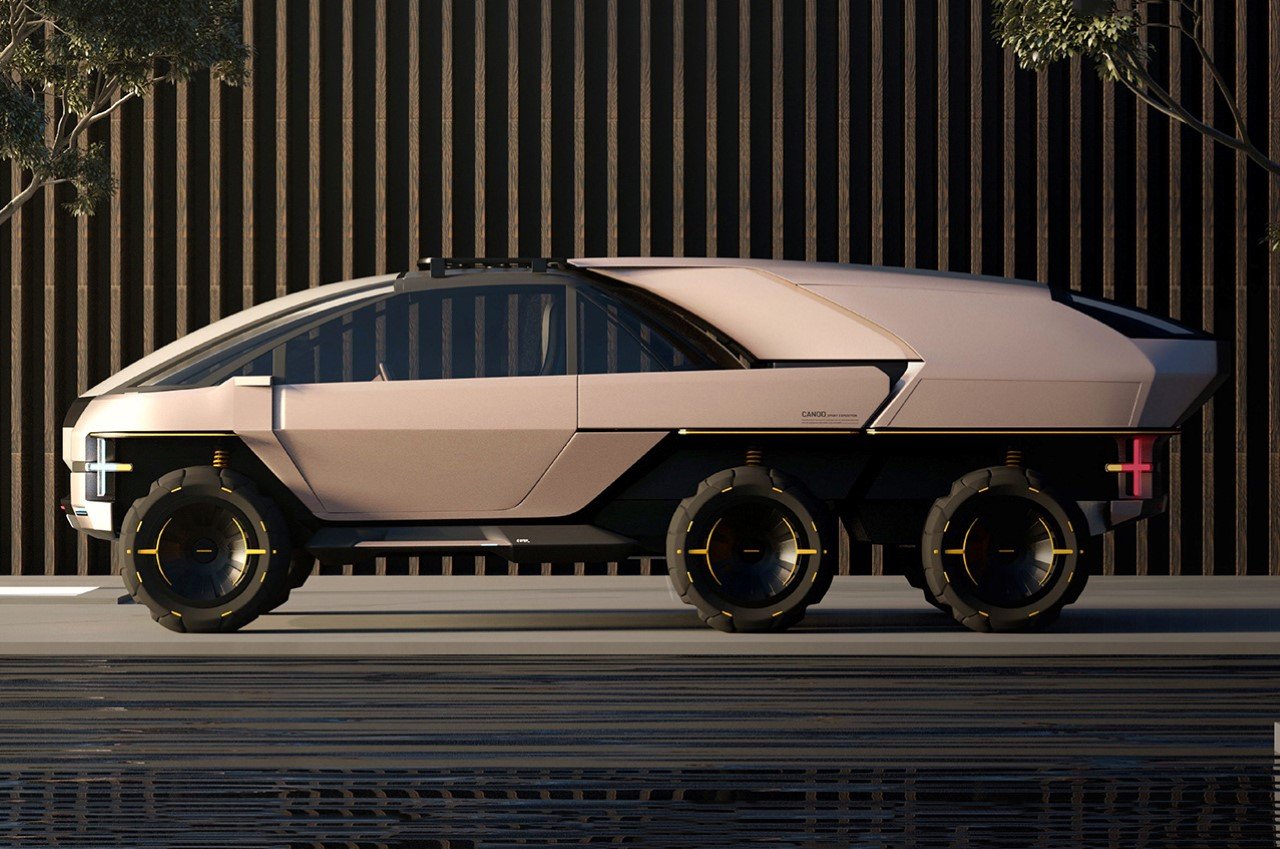 The Anyroad’s design balances the need to be in the outdoors along with the need to have a normal car that can still be driven around in the city. For the latter, the tent unit can be unplugged, while the two-seater truck’s sufficiently modern aesthetic makes it look like quite a natural on the city streets. 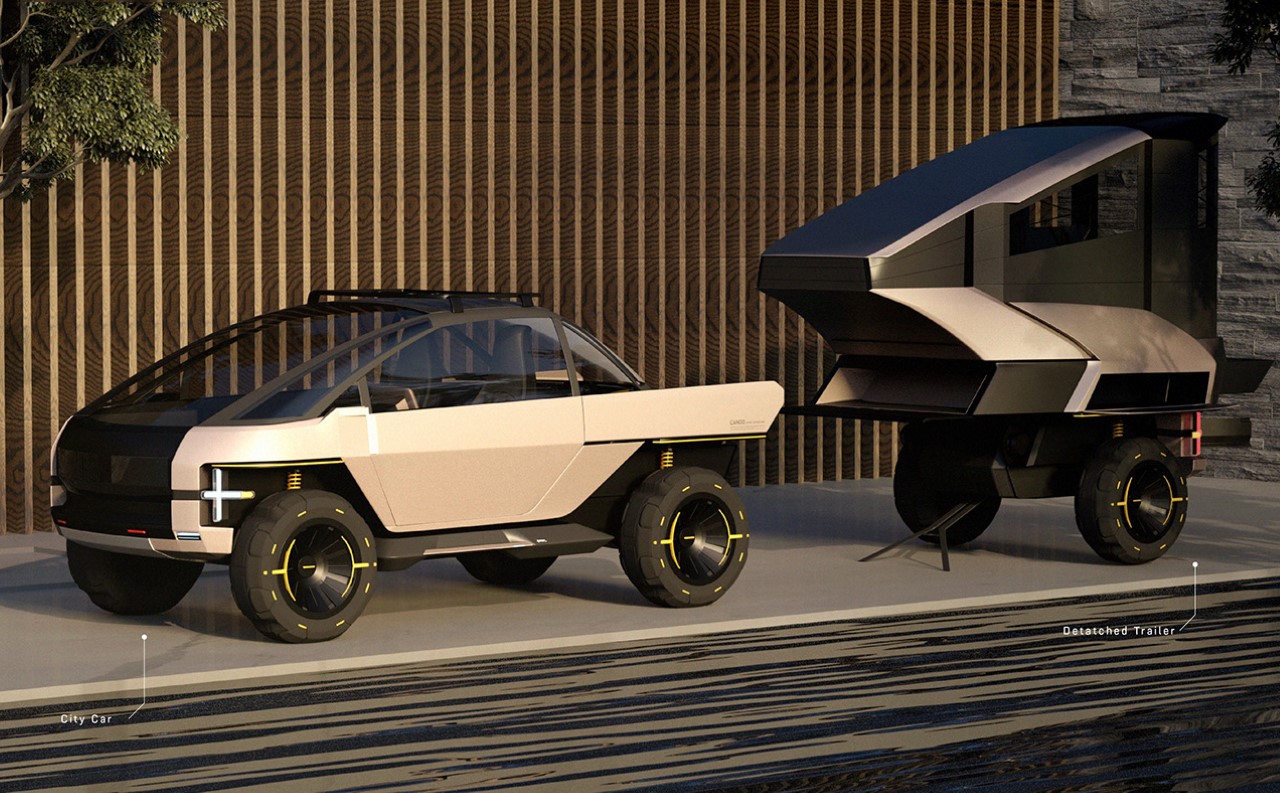 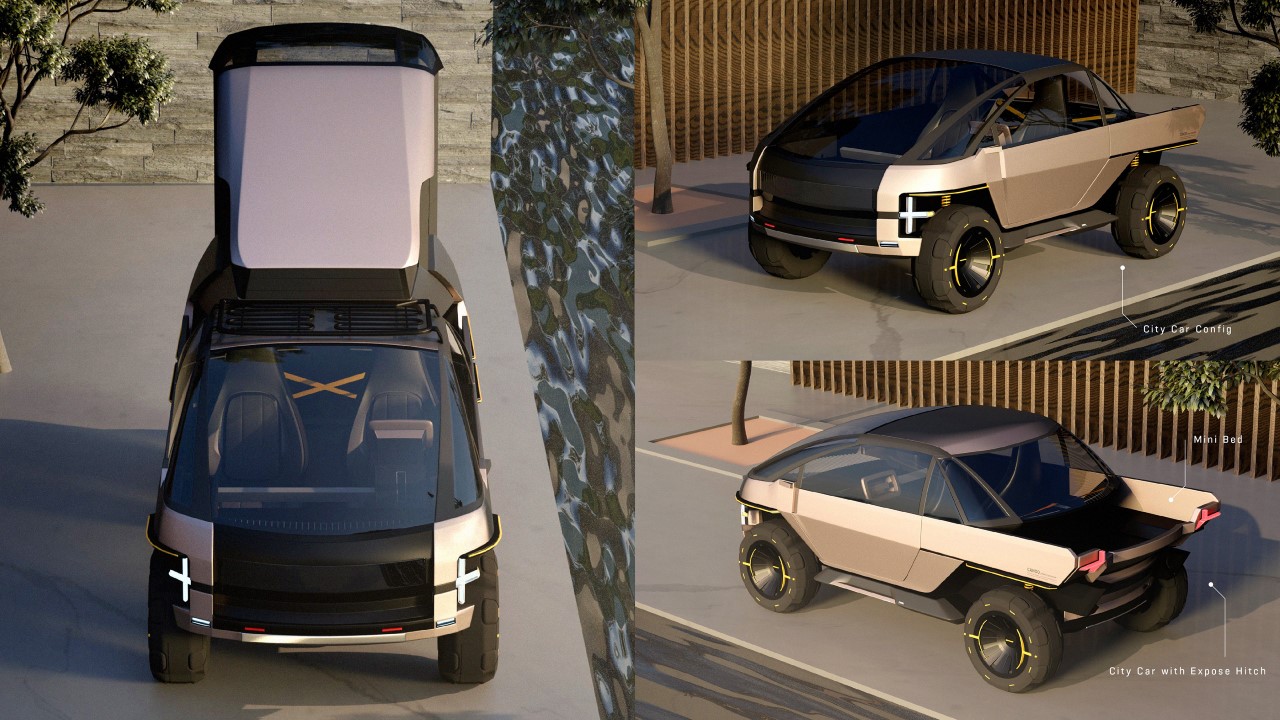 The tent-half can be set up either as a mobile shelter attached to the back of the car, or as a separate detached entity, made stable thanks to a fold-out stand. The tent itself is pretty easy to set up, as it expands almost like a bellow would to provide ample space for two people. There’s a small ladder to help people climb up into the shelter, and a tabletop surface on the opposite side, for storing your camping equipment or acting as a table for your meals. Storage panels on either side of the tent offer extra space to stash items like your luggage, medical kits, and other outdoor paraphernalia. 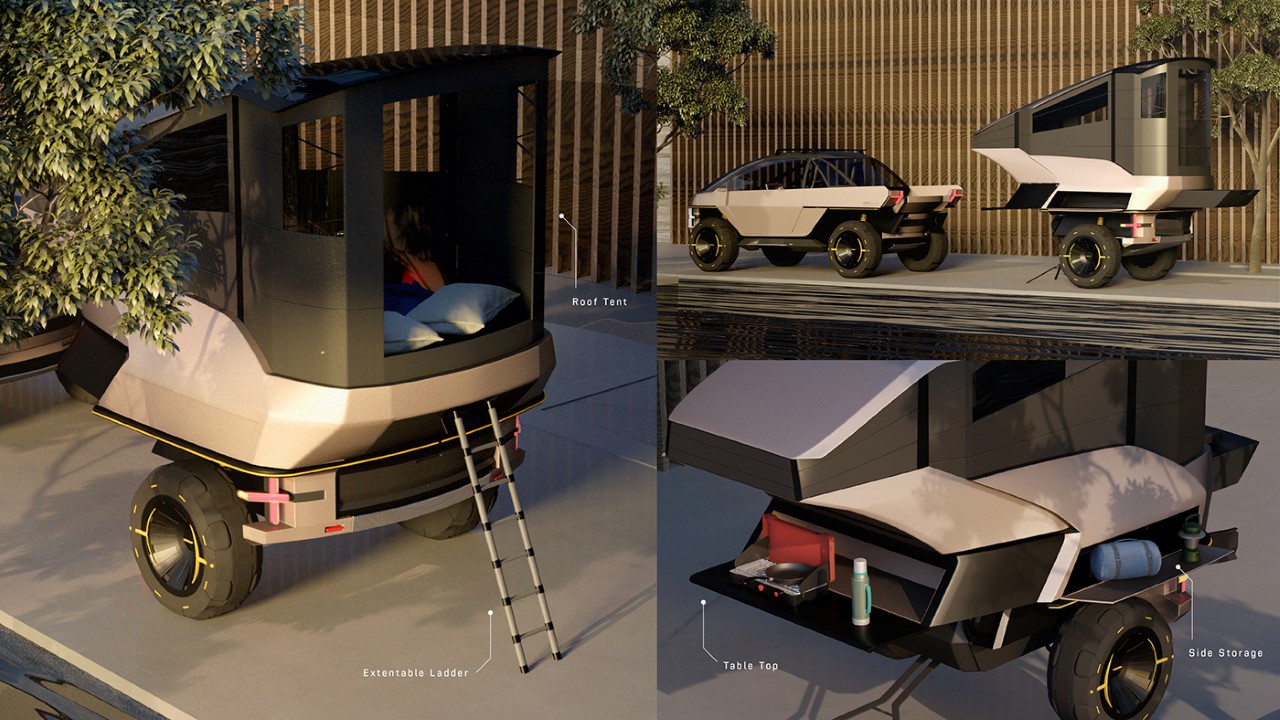 The headlight remains the Canoo Anyroad’s most impressive detail. While it serves its original purpose – of being a road-illuminating light for the car (and its branding element), the Anyroad’s headlights have a secondary purpose too. They detach from the car’s front, becoming portable lights that can then be used as torches/flashlights, or even floor lamps, thanks to a built-in tripod that lets the light stand erect. Conceptually, it’s an incredibly interesting concept, and just goes to show how committed the Anyroad is towards being the ideal vehicle for outdoor travel and recreational camping. 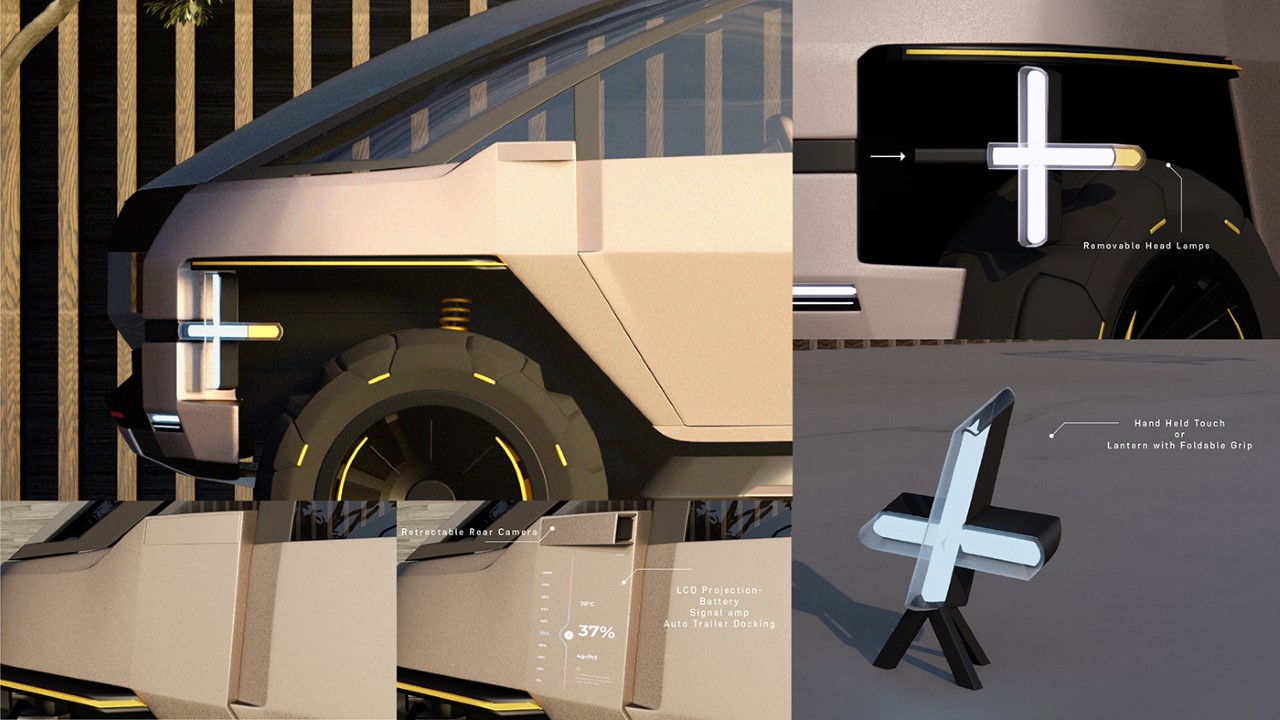 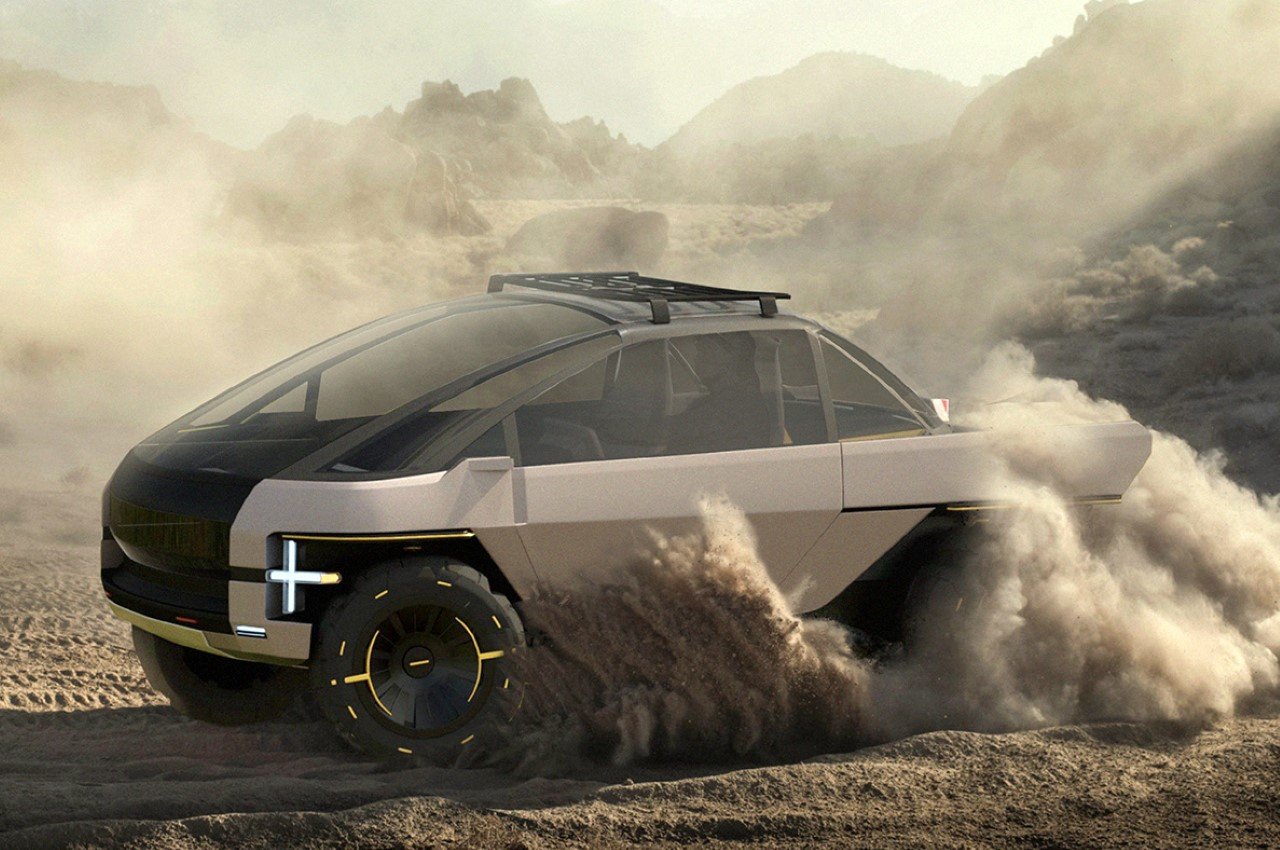 The Anyroad is the brainchild of automotive designer Jerrick Chow. Its existence is summed up by two words “Tranquility Always”, as it aims at providing a tranquil oasis, or a getaway from the chaos of a city’s bustling life. Canoo’s current line-up features a lifestyle vehicle, a pickup truck, and a delivery van. All of them cater to either city life, or outdoor off-road living, but not both. The Anyroad concept aims at bridging that gap, while utilizing Canoo’s advanced electric platform to power the vehicle. 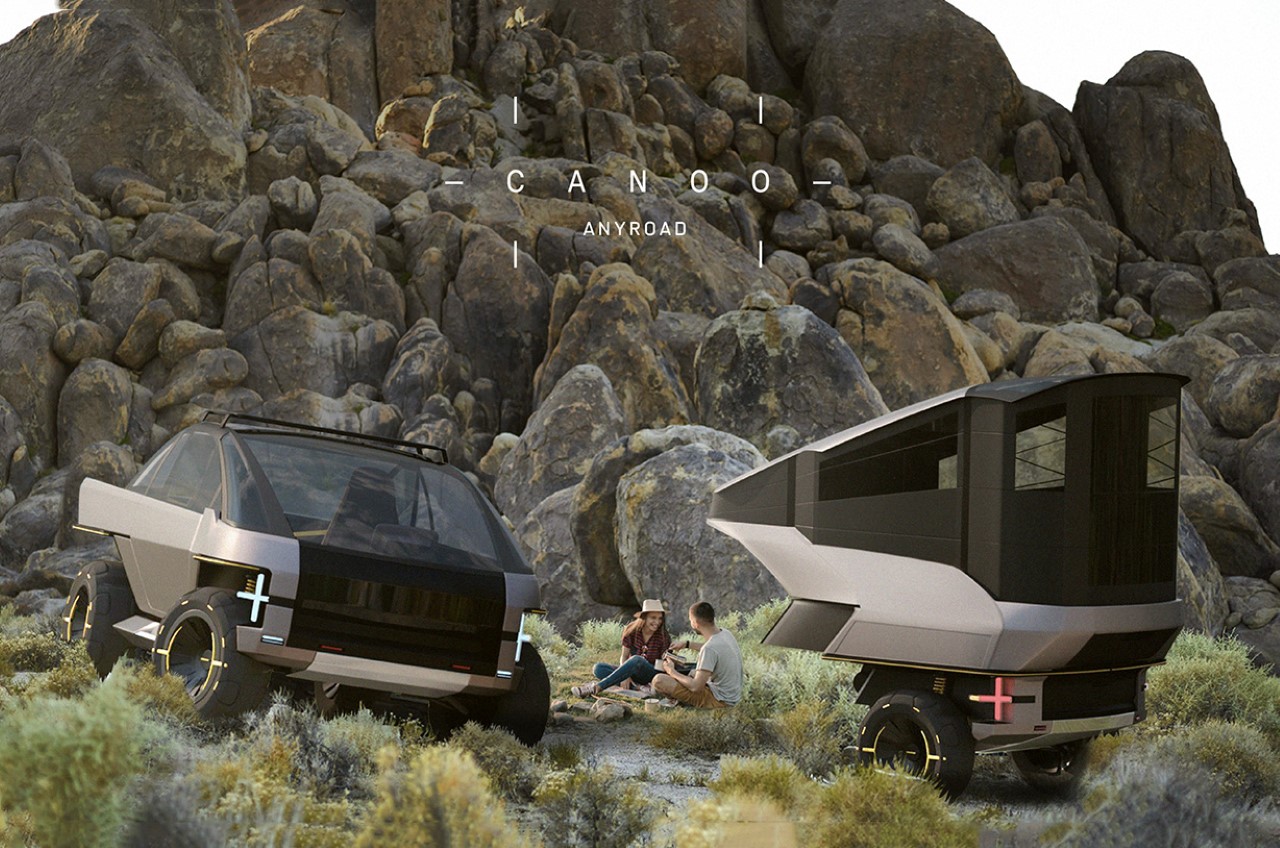 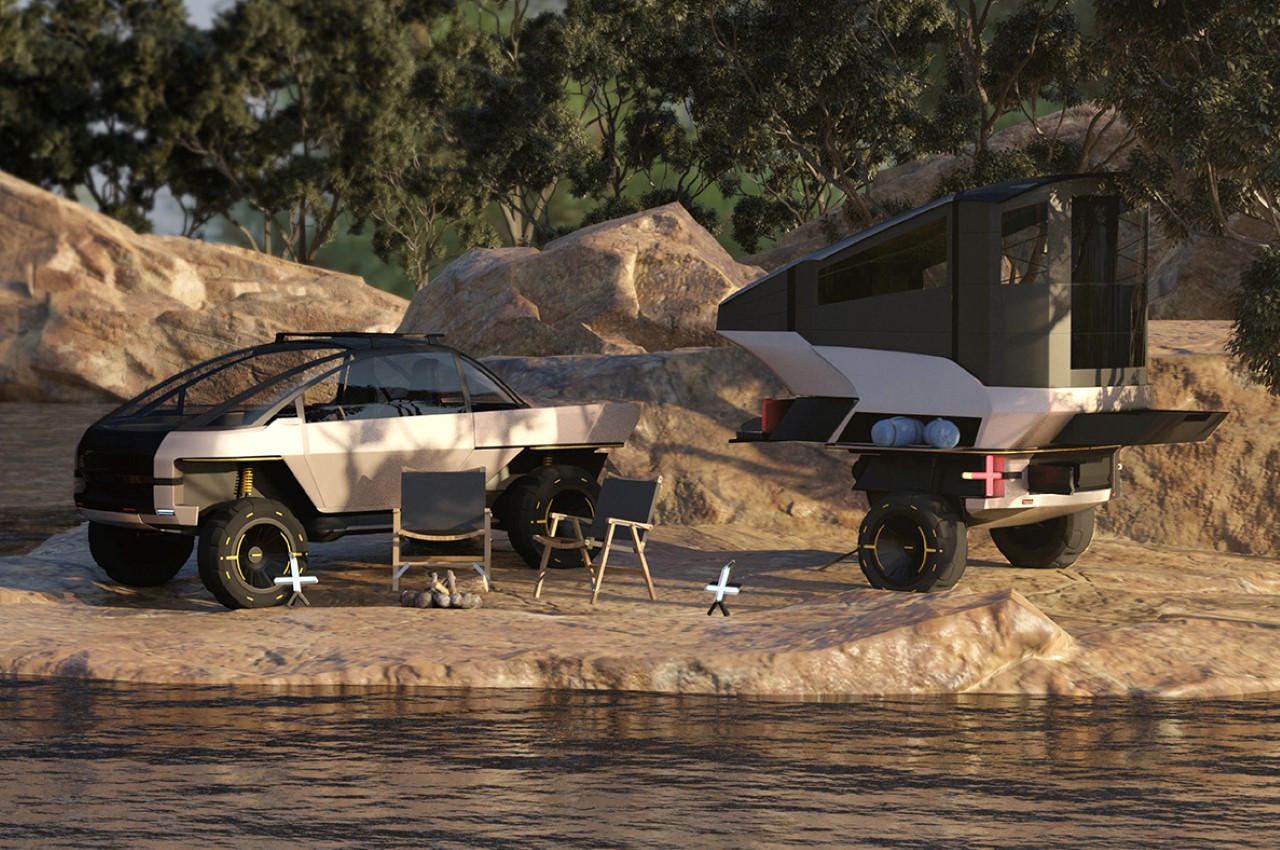 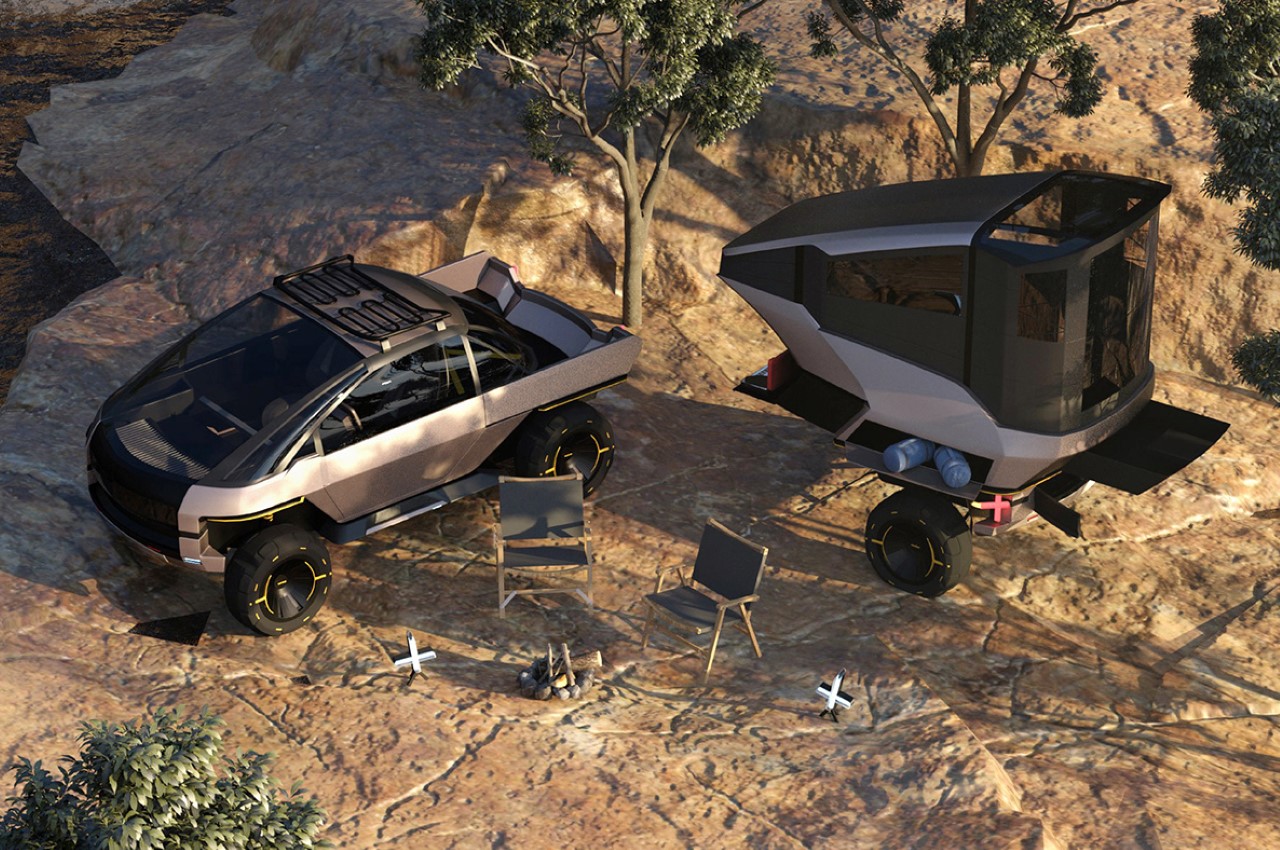 The Canoo Anyroad is a fan-made concept and has no relation to the Canoo brand. The use of the Canoo name and its brand elements are purely for representational purposes.

For The Love of Boarding

The MOXTER kitelandboard features latest technical developments of all board sports combined. The deck is crafted out of a cnc-milled ash-core coated with glass- and…

It isn’t often that an automobile’s design brief reads ‘must look and feel great in games’, but the Milano Vision GT is your rare outlier….

Apple’s ultimate electric car dream is beating alive with Project Titan in the works for a very long time now. The prototype of the next-generation…